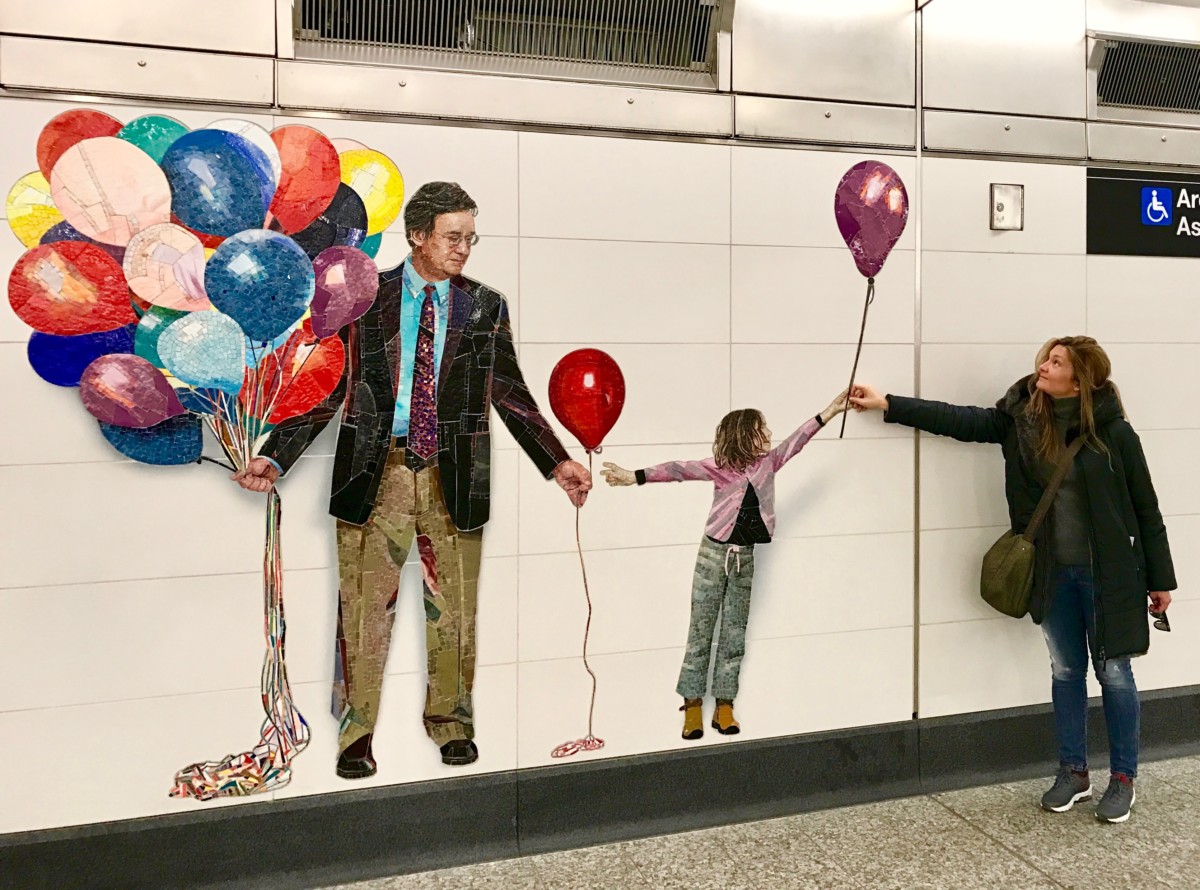 Is it really possible to enjoy New York low cost?

And by the expression “low-cost” I don’t mean the online offers or the last minute ones to save everything is possible, sometimes at the expense of the travel’s quality itself, accommodations and flight included.

I mean a series of suggestions, the result of a real experience on the site and a deep knowledge of the city, given whom is at one’s first experience in NY (but the second one, too): everything allows him/her to make quite a lot of activities without spending exaggerating amounts, move easily through the several boroughs and eat without necessarily have to bleed oneself dry or exaggerate with the street food. 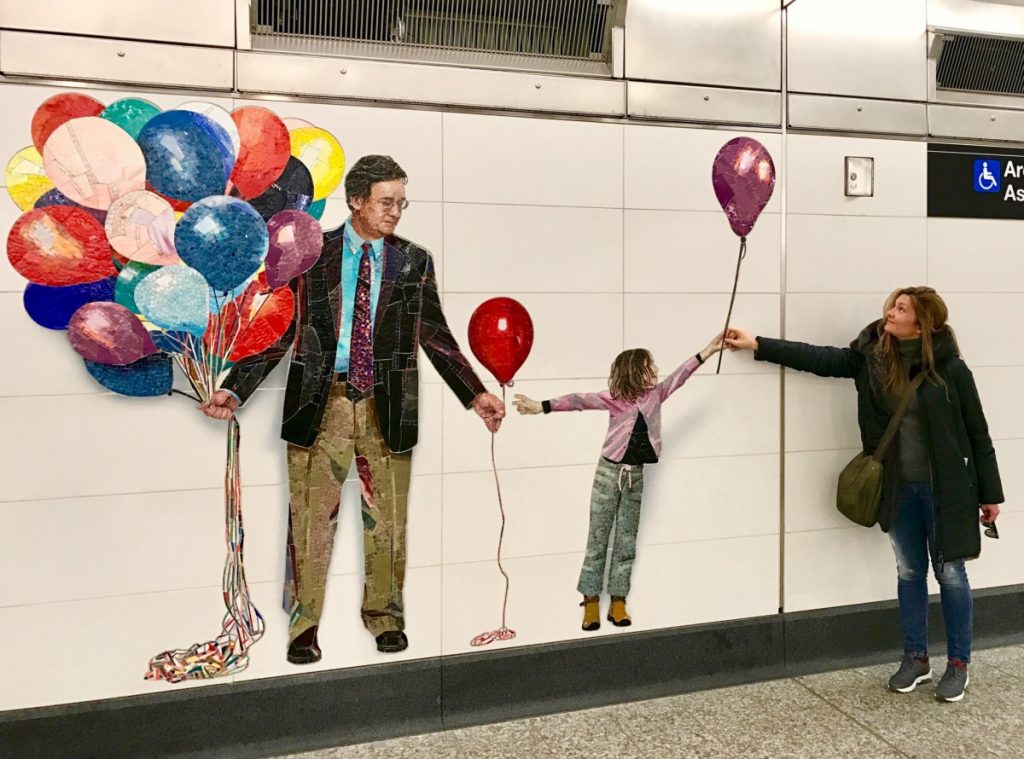 Down here there are 10 tips to optimize your vacation, practical suggestions you often don’t think about but that can be really useful during your stay inside and outside New York.

Cues ranging from the period’s choice to the hotel, from the moves to the visits, from shopping to food and even much more.

which in reality looks better than on the postcards, New York.” 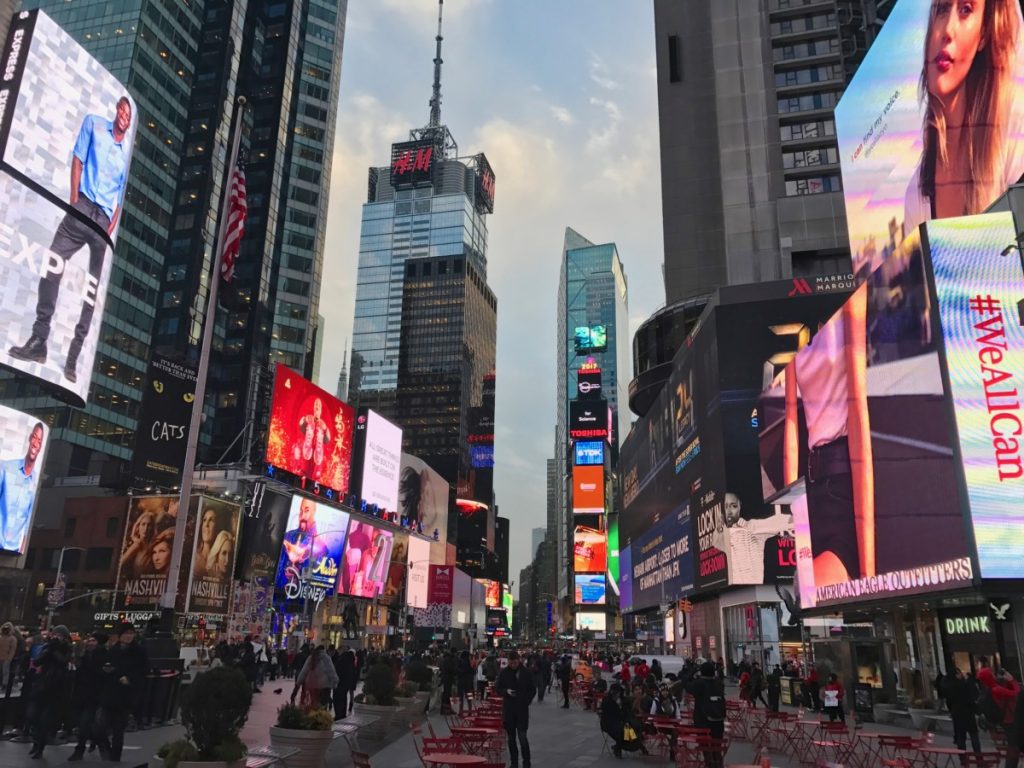 New York has a low season. It’s incredibly but true.

About two months, coinciding with the end of the Christmastime and the beginning of Spring, indicatively from the middle January until the middle March.

The flights and the hotels prices in this period fall remarkably, arriving (above all about accommodations) as far as 1/3 less compared to the usual amounts. The city comes again at the New Yorkers’ disposal: visitors disappear as if by magic (or camouflage themselves with locals) and there are no lines to reach the greatest tourist attractions. 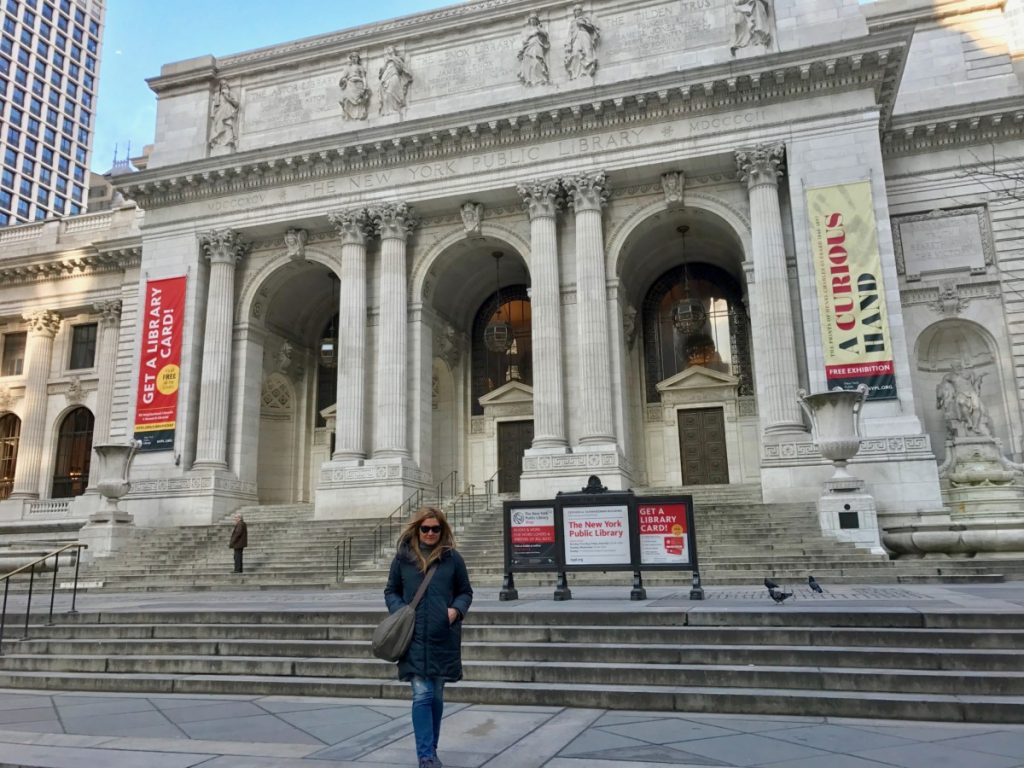 What to do in New York in february: visit the new York Public Library and discover its secrets

There’s only one contradiction: the weather. That then it’s the reason of the so-called low season.

Temperature often reaches the freezing point and the snowfalls are on the agenda even though it can happen that in the middle there are sunny, warm and clear days.

Certainly a period to reckon – if you don’t have great problems with the cold – because then anyway the activities and the events which take part into are really many, as I’ve written before in another post as regards the things to do in New York in February.

Did you know January is a good month to look for flights?

Starting from the days immediately following the Epiphany, if you have dates flexibility, you can find on the airline companies which have several flights to New York – Lufthansa, Delta, American Airlines, United, even Alitalia, et cetera – some definitely advantageous prices compared to other periods of the year. 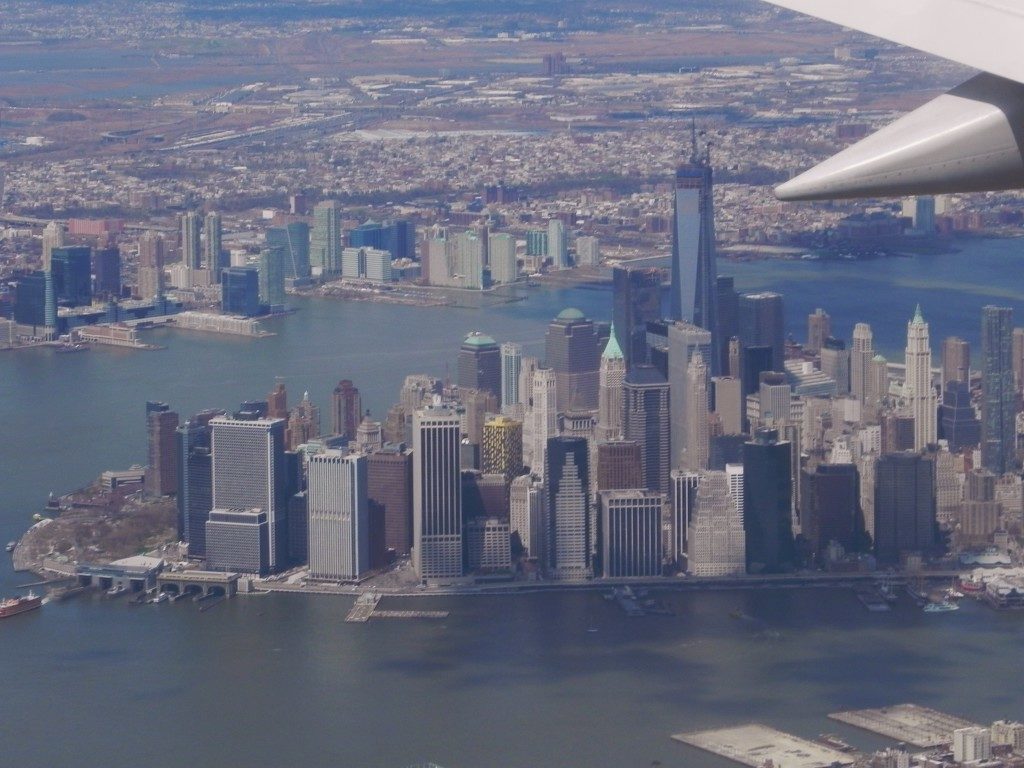 Enjoy New York low cost: transit from and to the airport

The cab is certainly the quickest and painless way (except for fares) to reach Manhattan: the daily fares are about 50$ from the JFK and 75$ from the Newark. Keep in mind at night they rises about 30%.

If you have with you heavy baggage and don’t have mates which share the cab’s expense with, you can choose the NYC Airporter Bus linking the main points of the city with the JFK, La Guardia (local airport where mainly domestic flights arrive) and the Newark.

They are shuttles and mega buses that take you to the most tourist areas in Manhattan in a couple of hours (34$ return ticket), then assuring a further link towards the near hotels.

The cheapest solution (but also uncomfortable and inconvenient if you have a lot of baggage) is certainly the AirTrain JFK, an automatic train linking the airport with the Jamaica subway stop. Then you goes on by subway to the downtown. 5$ Airtrain and 3$ the subway ticket. 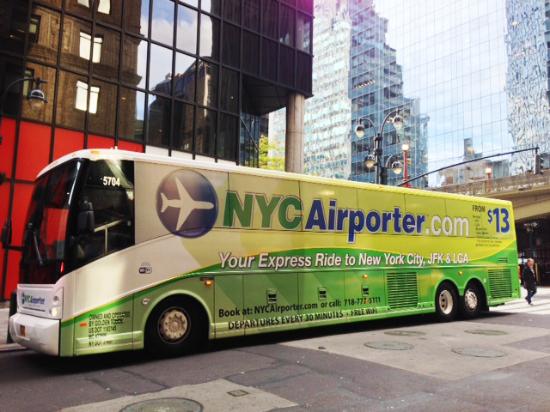 Passwords: metro card and comfortable shoes. Avoid cabs. But if you are in a hurry you can reckon to use Uber.

Just arrived to the city go to one among the subway stops and buy a metro card. It’s a sort of rechargeable or unlimited subway season ticket which will allow you to save quite a lot about the number of runs made both by subway and city buses lines.

Here you find the necessary info as regards typologies, duration, prices and recharges.

Accommodations in Manhattan are expensive, it’s a fact.

Above all the hotels but also apartments (if they are located in strategic areas) cost a lot.

So reckon to stay in other neighborhoods – as suggestive as it and maybe more local – like Brooklyn, Williamsburg or Astoria in Queens, or Harlem in the southern area towards Central Park. Always remember to choose also according to the presence of a near subway stop in order to reach the tourists locations always and anyway in few minutes. 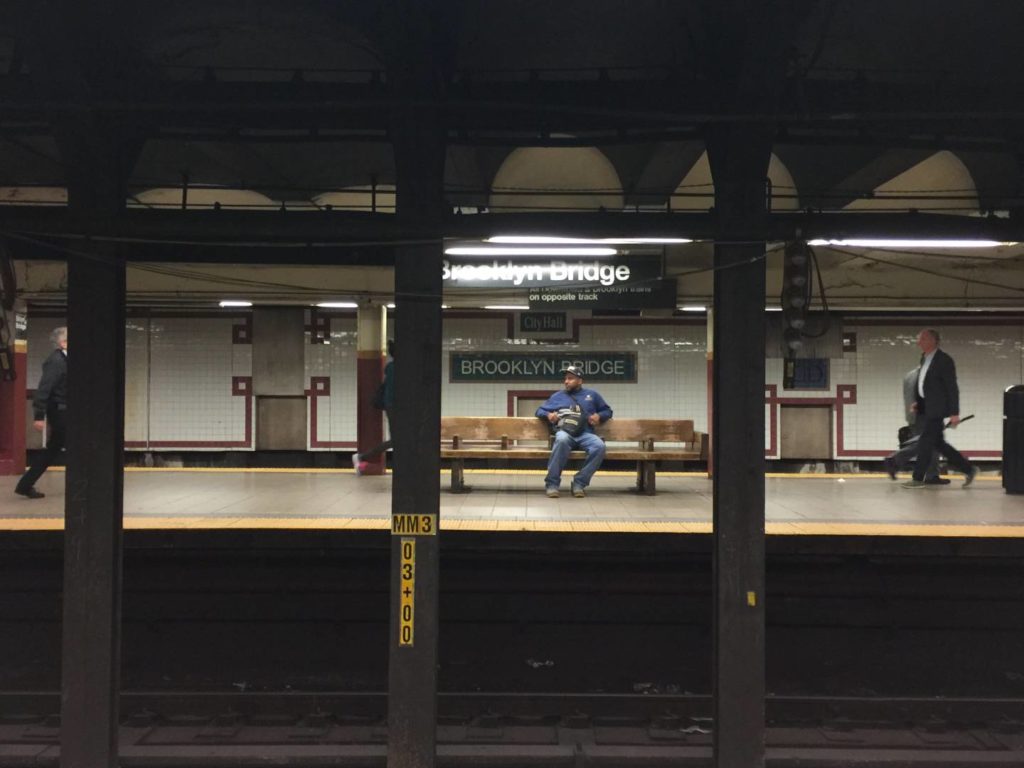 New York is an open-sky museum. And I don’t mean only the most famous attractions you run into walking through the city.

I mean a series of very beautiful street artists theme paths – free and constantly updated – that you can follow through several neighborhoods of the city.

The Bushwick Collective, Williamsburg, Brooklyn, Wellington Court (Queens), the façades of the Houston’s buildings (between Lafayette and Bowery Street), the very beautiful artistic installations on the walls of the new Second Ave subway route and many other ones.

They are downright urban recover projects passing through the street art.

Graffiti and murals telling about stories, events and characters of the city and whose you can learn more if you’re lucky to meet artists working, usually well kind to tell their own path and the themes faced. 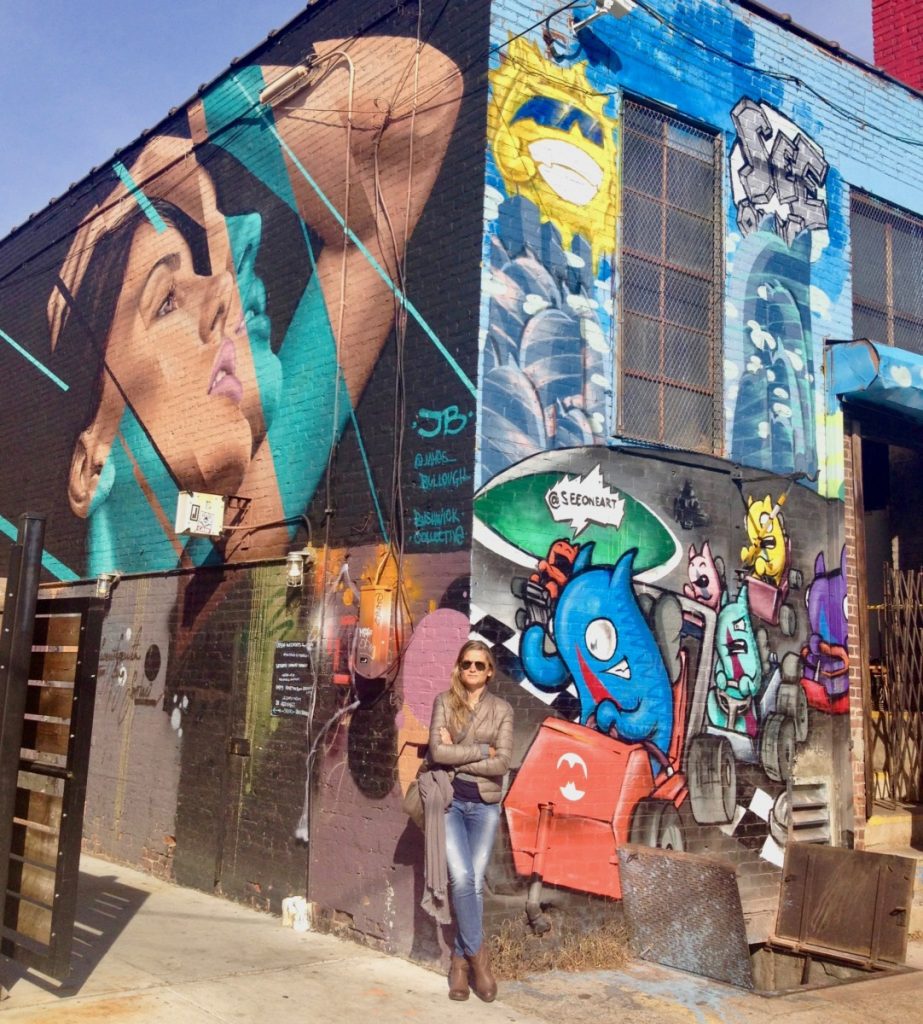 New York and its museums, an indissoluble bound.

Very beautiful and sometimes expensive, with admission fees from 10 to 20$ each.

It’s impossible to arrive to the city and don’t decide to visit at least a couple ones, maybe according to the taste, the passions and the time in one’s hands.

What about a precious tip to save?

Before planning your visit, always check on the official website of every museum: usually in the “visit, hours & admissions” page besides the opening hours and admission fees, the days when it’s possible to enter free or “pay as you wish” – usually from 1$ – are indicated.

Here you find 10 museums among the most representative ones with free admissions or several reductions. 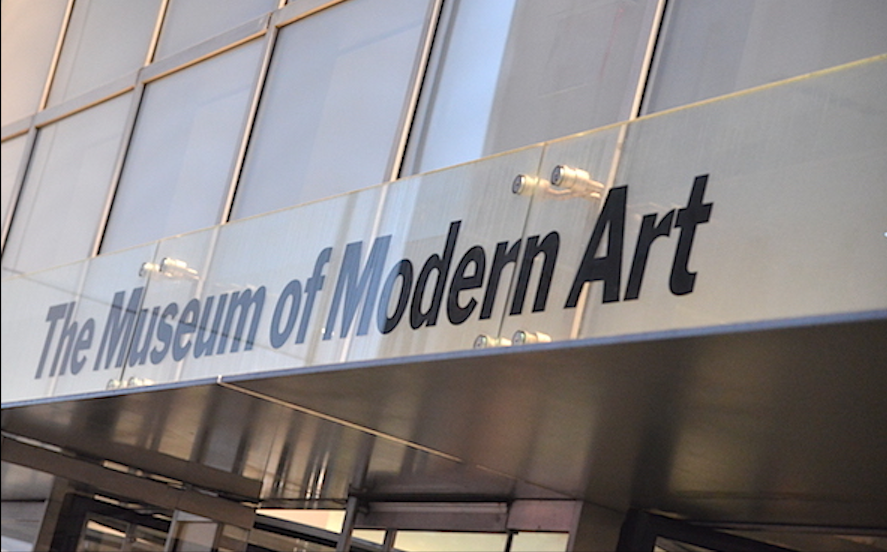 Museums in New York: the MoMA

Trust me, if you see where the hot dogs and sandwiches stalls ends up in the evening (the silver trucks you find at every corner of the street) you’d change your mind immediately about that particular, really cheap street food that has nothing to do with the real Food Trucks of ethnic and local food gathering in several areas, of the city at lunchtime.

That said, here they are some useful tips to save:

Here you find other useful tips and addresses tested about diners and restaurants not to miss.

Use your metro card and explore the other Boroughs of the city which have really a lot to offer, very often free.

I mean Brooklyn, Queens, Harlem, even Harlem or the further Harlem: click on each name to read detailed itineraries with subway stops and stages.

They are charming and original boroughs which are progressively open to the public: they can be all reached by a subway ticket or even spending nothing, as regards Staten Island. 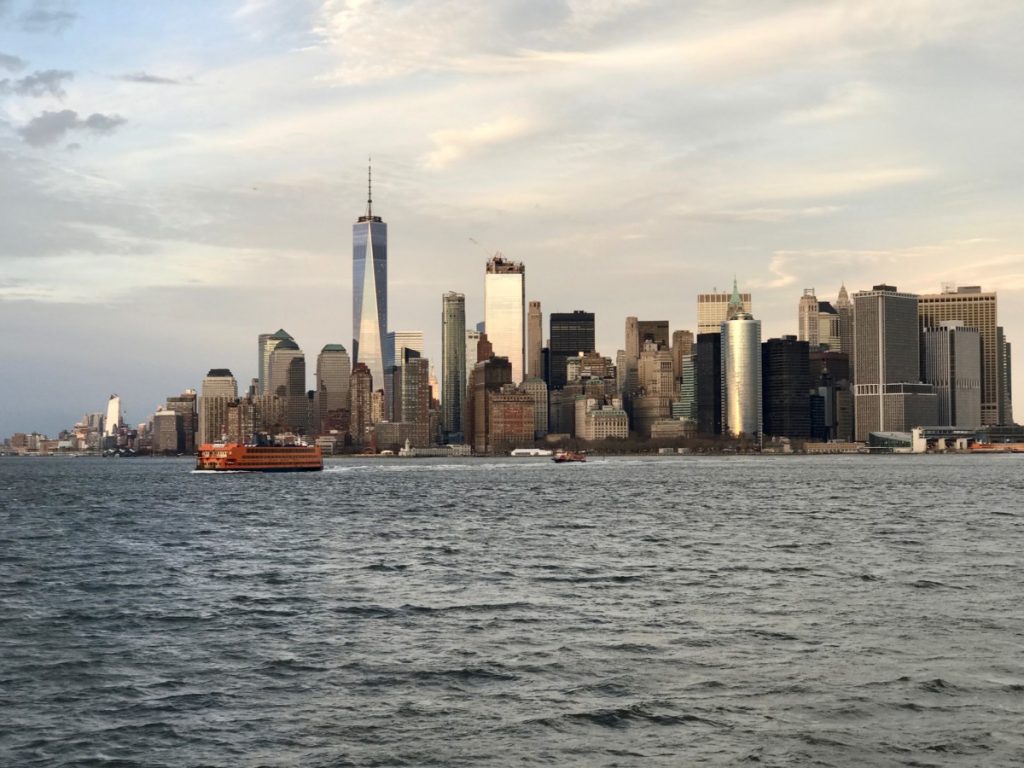 The first thing you have to know is that in New York on every single item of clothing under 110$ taxes are not due. Unfortunately the same thing doesn’t apply on the accessories (shoes, bags, belts, glasses, et cetera).

Avoid to go shopping souvenirs and other things in the so-called tourist areas, those ones between Times Square and the high part of the 5th Ave. Move along the 6th and the Broadway: you’ll find an endless series of mono-brand stores and little outlets where to buy Levi’s, Converse All Stars and all sorts of clothes at more advantageous prices. 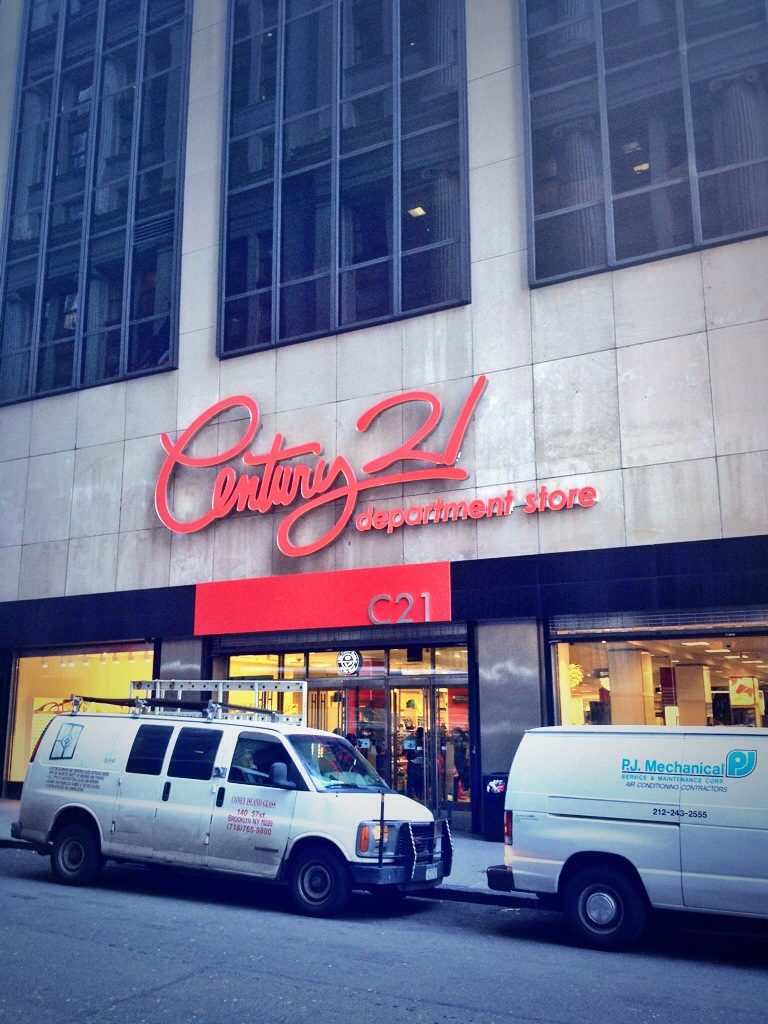 And don’t forget to dedicate at least a couple of hours at the Mall of the city shopping par excellence, the Century 21.

Here you can find detailed info to reach all the locations quoted above and also some Outlet Malls outside the city, optimizing travel times and expense.