“What to see in Harlem? And above all it’s worth it to spend there a day to explore it,

These are the most frequent questions I answer to when I am asked about info for the tour to what it is the biggest and most populated (and lively, authentic and original, I’d add) large neighborhood tied to the Afro-American culture of the city.

Harlem is the area in New York usually you expect less from.

It’s almost always a matter of interest only and exclusively thanks to the famous Gospel Masses whose there’s a great demand.

Nothing could be more wrong.

Harlem is and offers much more. And today the positive change under way among its streets (until a few years ago they were considered not properly “safe”) makes the exploration even more exciting and nicer. 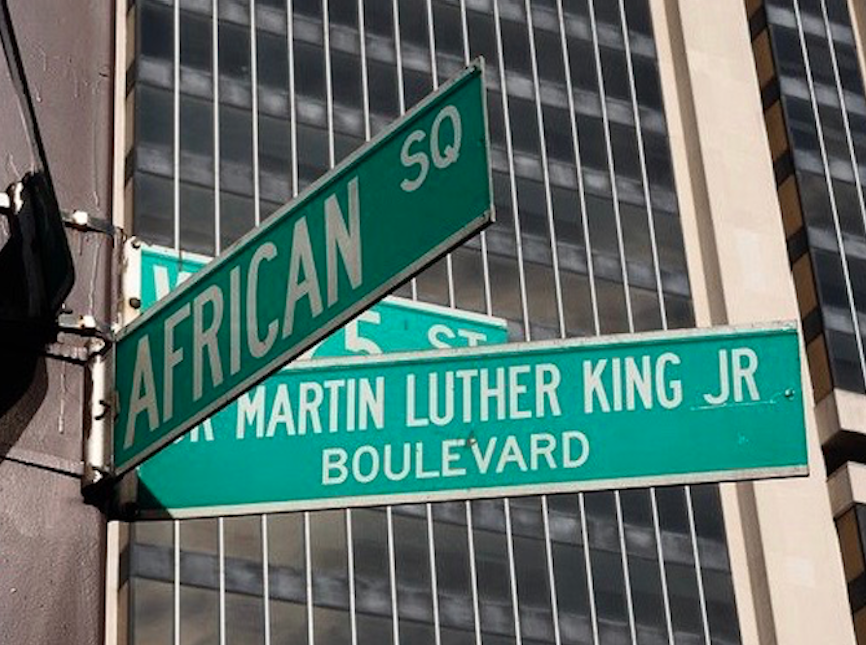 What to see in Harlem, some cues and a bit of history

Harlem extends over a quite large area delimited by the Harlem River to the east, the Hudson River to the west, the Central Park North to the south and the 155th St. to the north.

It borders on some areas extremely suggestive and easy to go around on foot, like the ancient Hamilton Heights & Stivers’ Row quarter to the north and the peaceful and sophisticated Morningside Heights quarter to the south-west. 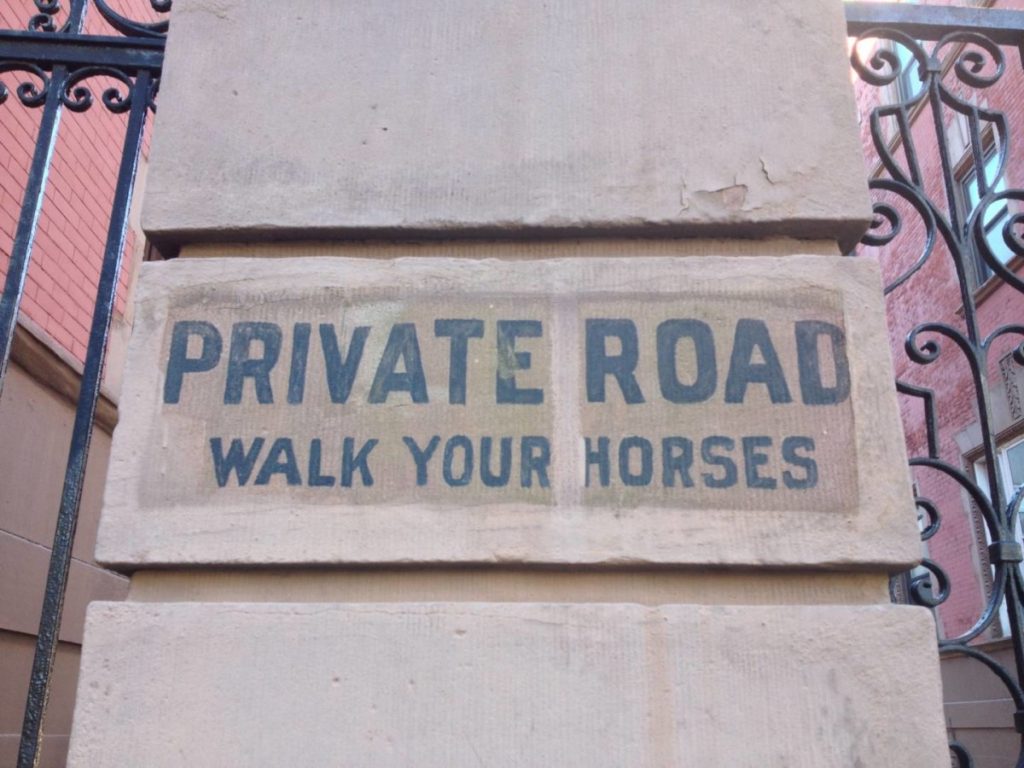 Hamilton Heights & Stivers’ Row, the old writings in the private streets of the quarter

An area which has been populated for over 200 years by Dutch people first – in those wonderful country dwellings and farms almost entirely vanished, by now – and successively towards the early 1900s by Afro-Americans that turned it into the undisputed temple of Jazz and Soul music in the 1920s.

Today, after 30 years of abandon, streets in the hands of criminals and drug peddlers and urban decay, Harlem is shining again slowly, showing its most original and captivating side.

Down here there are a series of tips and cues to re-discover the most famous locations and to explore sites and venues often – and wrongly, as always – guides don’t talk about. 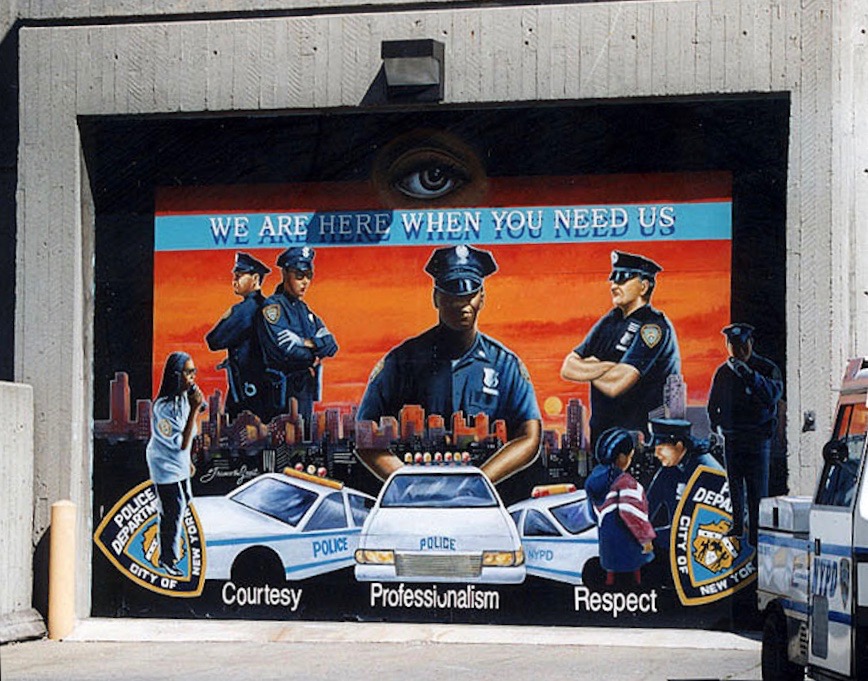 What to see in Harlem, murals

What to see in Harlem: itinerary, subway stops and practical tips

It’s an historic theater, the seat of the great black voices performances, working since 1915.

The giant writing APOLLO on the cantilever roof standing over the entrance (at night it is enlightened by thousands of small red and white neon) is the symbol of the whole large neighbourhood, by now.

In this temple of the Afro-American music – at the beginning it was born as a venue for the burlesque performances and successively turned into the Mecca of the “black” music by a group of rich entrepreneurs – characters of the calibre of Duke Ellington, Billie Holiday, Ray Charles and many other ones, Michael Jackson himself, performed. And today the young talents of the near future are being trained.

It’s possible, and recommended, to take part into special guided tours booking in advance on the official website. 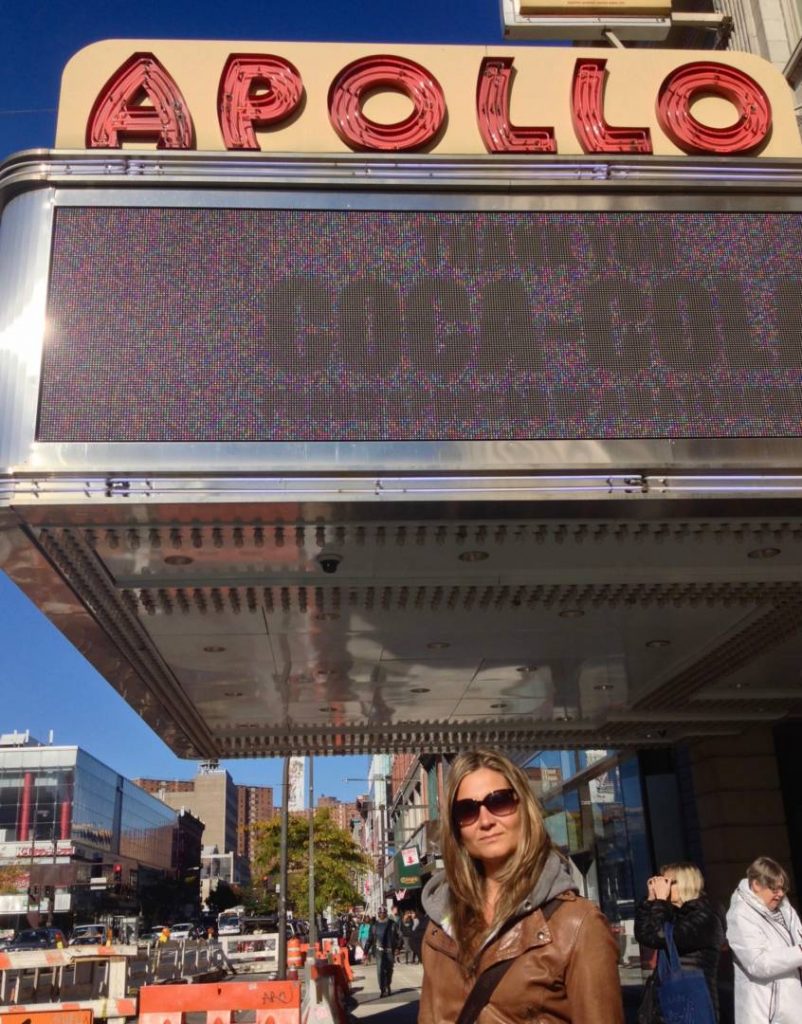 What to see in Harlem: the Apollo Theater

It’s run by the owners of the near mosque with the same name, the Malcom Shabbazz Harlem Mosque: it’s the same place where Malcom X, the controversial character of the 1960s tied to the Civil Rights movement, delivered his speeches. 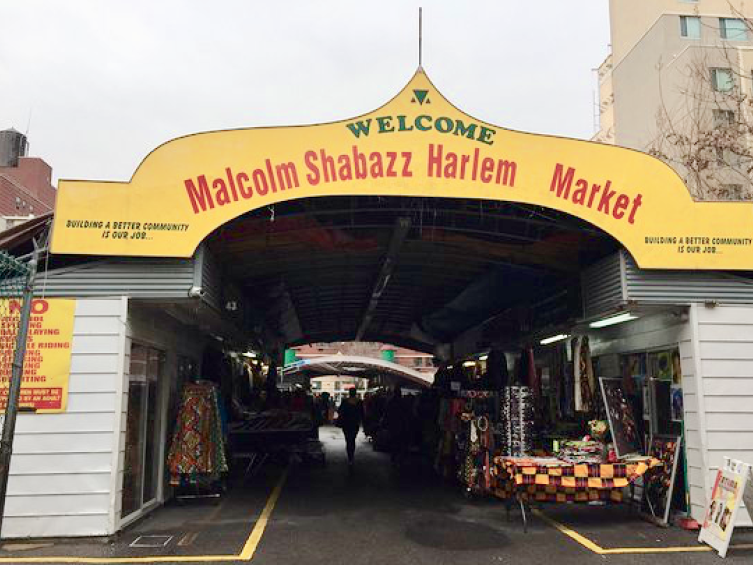 If you want to taste the authentic Southern cuisine, Amy Ruth’s is the place fit for you.

Amy and her family come from Alabama and despite the whole clan lives permanently in New York by now, usually the teenager grandchildren and nieces and nephews are sent to Alabama spending the Summer there and learning and keeping alive family’s recipes and traditions.

People say here you find the best fried chicken in the city. If I have to tell the truth – since I love the Southern dishes – the rest isn’t bad at all, too.

It’s always very crowded, above all by locals, so it’s recommended to reserve a table. It’s opened 7 days a week 11am-10pm.

If you want to listen to one among the best jazz in New York (waiting for the mythical Lenox Lounge re-opens) in an atmosphere of other times and sit and drink a beer while you are listening the best artists of this moment playing music on the same stage where characters of the calibre of Miles David performed, then this is the place suitable for you.

The Cotton Club is located at 656, West 125th Street. It is opened 7 days a week 12-2:30am. It is recommended to make sure about the schedules changes on the official website and always book a couple of days in advance. 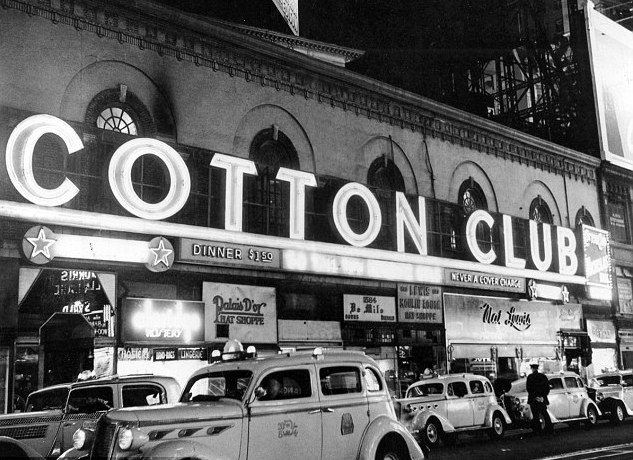 The West Harlem Pier is a small and nice public park that few people know.

It is located directly on the Harlem River, with views of the river and cycle ways that arrive as far as Lower Manhattan following the Hudson coastline – with a few blocks due to junctions and bridges.

It’s the ideal for a regenerating stop (with amazing views of New Jersey) after an intense walk discovering Harlem. 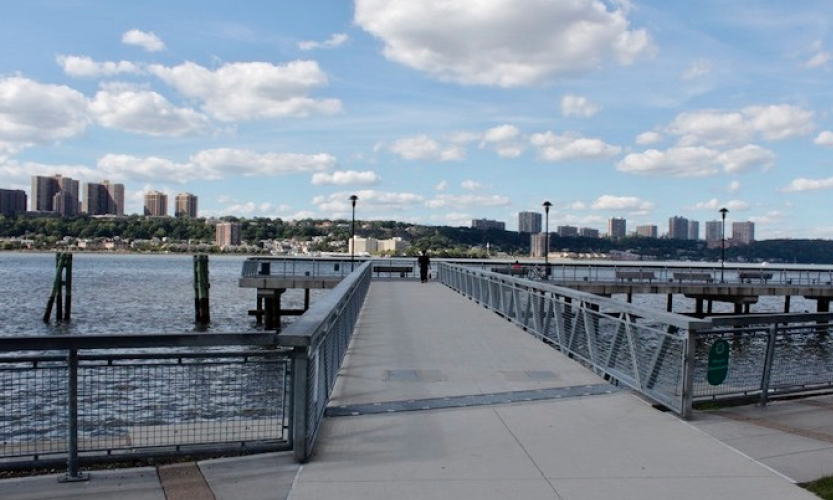 What to see in Harlem: a panoramic stop at West Harlem Piers’

If you want to hear a real Gospel Mass in this neighborhood, the Salem United Methodist Church is one among the few ones that guarantees authentic participation and great involvement despite the growing tourist crowd, without requiring offering.

It is located at 2190, Adam Clayton Powell Jr Blvd: on Wednesdays it’s often possible to hear the choir’s rehearsals starting from 7pm.

Look the official website up for the holy services’ schedules.

A playground on the Harlem River hiding something very special. One among the first murals (and the last ones remained, unfortunately) by Keith Haring in New York, “Crack is Wack”.

The playground is located on the E127th S, little far from the Harlem River Park. 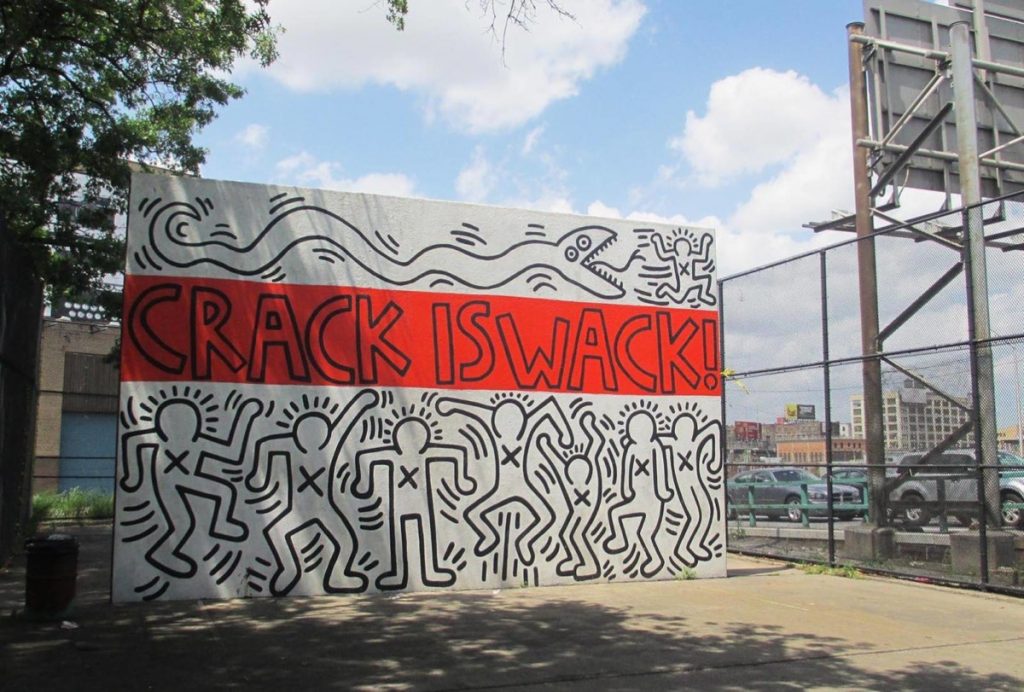 What to see in Harlem: Keith Haring, “Crack is Wack” Playground

One among the most complete collections as regards the history, the texts, the objects and the events which have accompanied the evolution of the Afro-American culture in New York, from slavery until today.

The center – it is located at 515, Malcom X Blvd – is opened Tuesday-Thursday 2pm-8pm. On Fridays and Saturdays 10am-6pm. Free admission.

All the locations quoted can be easily reached from downtown Harlem (actually, most of them are its heart). 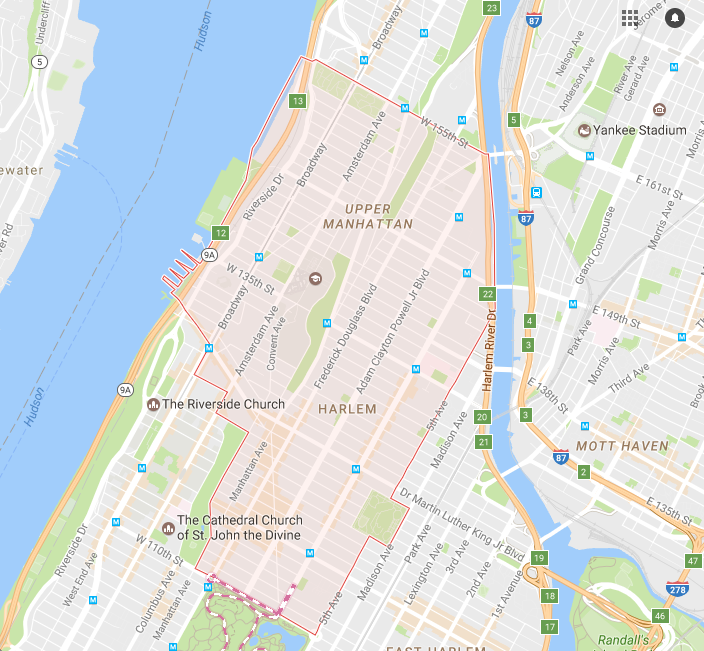 What to see in Harlem: maps and “borders”

What to see in Harlem, move safely

Recommendations are the same you can take in other areas of the city.

You an easily move on foot through the areas indicated in the itinerary, maybe using the subway to reach the furthest ones, like the Crack is Wack playground for example.

No problem by day. Maybe if you decide to stay up late at Cotton Club’s or in other clubs, it’s better to make you call a cab to go back. 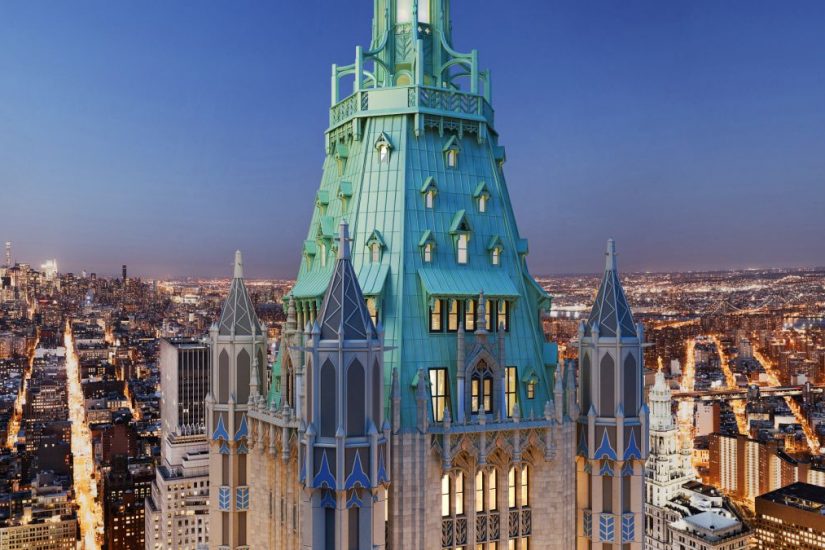 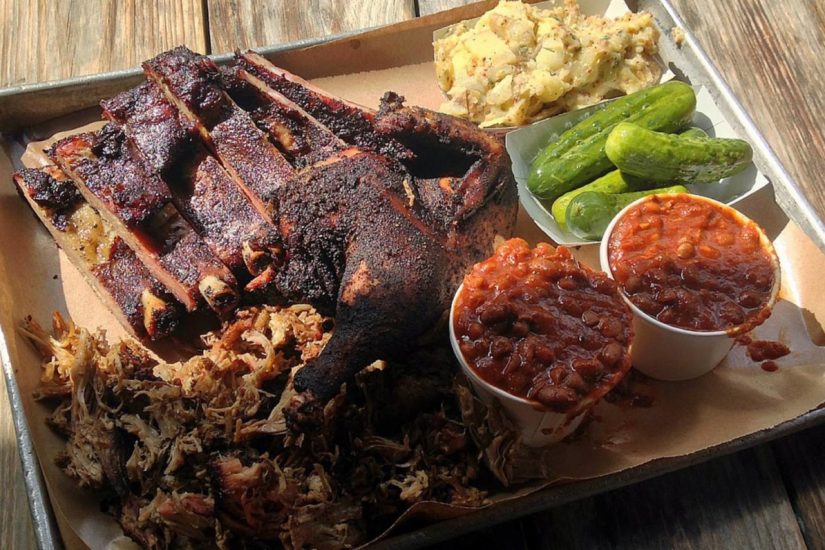 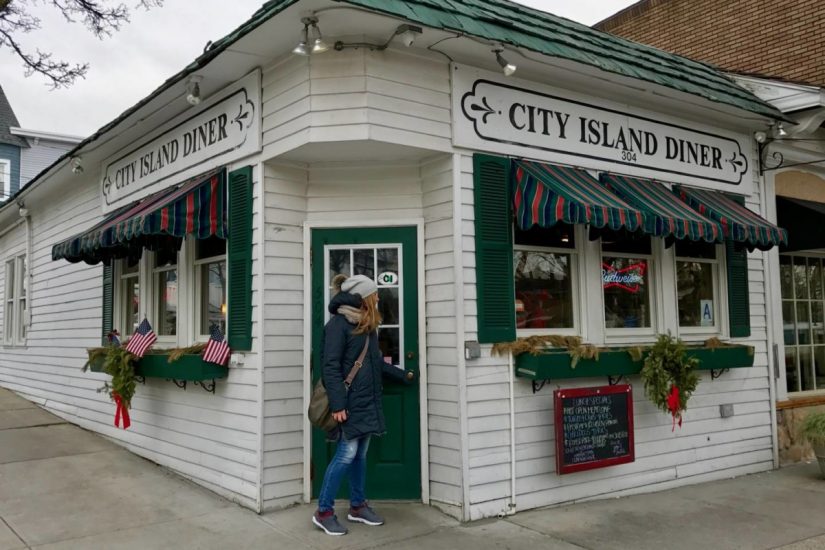