It’s not easy to offer useful tips about where (or what) eating in New York.

Savors, tastes and the typologies of the very numerous and variegate traditional and ethnic cuisines intersecting in that wonderful Melting Pot NY make it not an easy task.

New York has to be enjoyed also and above all following one’s instinct, impressions and chance. 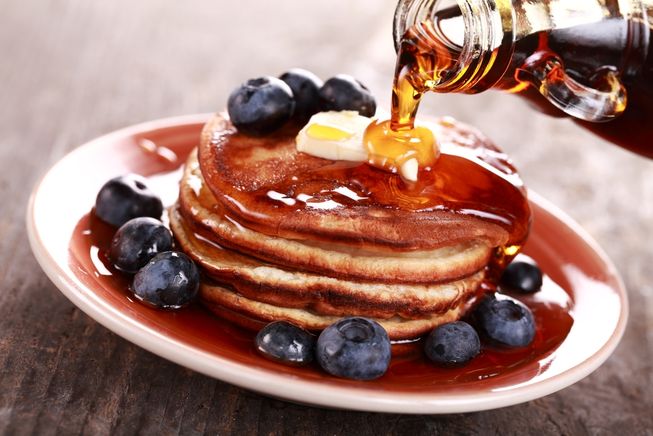 Not always what is fit for one person (and in this case for a palate) can be suitable to another one. Above all if we refer to about 800 square km area with a stunning number of venues used as refreshments, it means over 125.000 activities.

Despite this, I am asked more frequently tips about where to eat in New York and what taste typical – breakfast, American, Mexican or Southern cuisine mostly – and where to do it spending less, of course.

So I’ve decided to recommend you some of my favourite restaurants and diners. They are the places I often go to personally – not mention the famous ones we find info everywhere about – and that are a part of my New Yorker routine, by now. Adding a few useful tips about the choice, too. 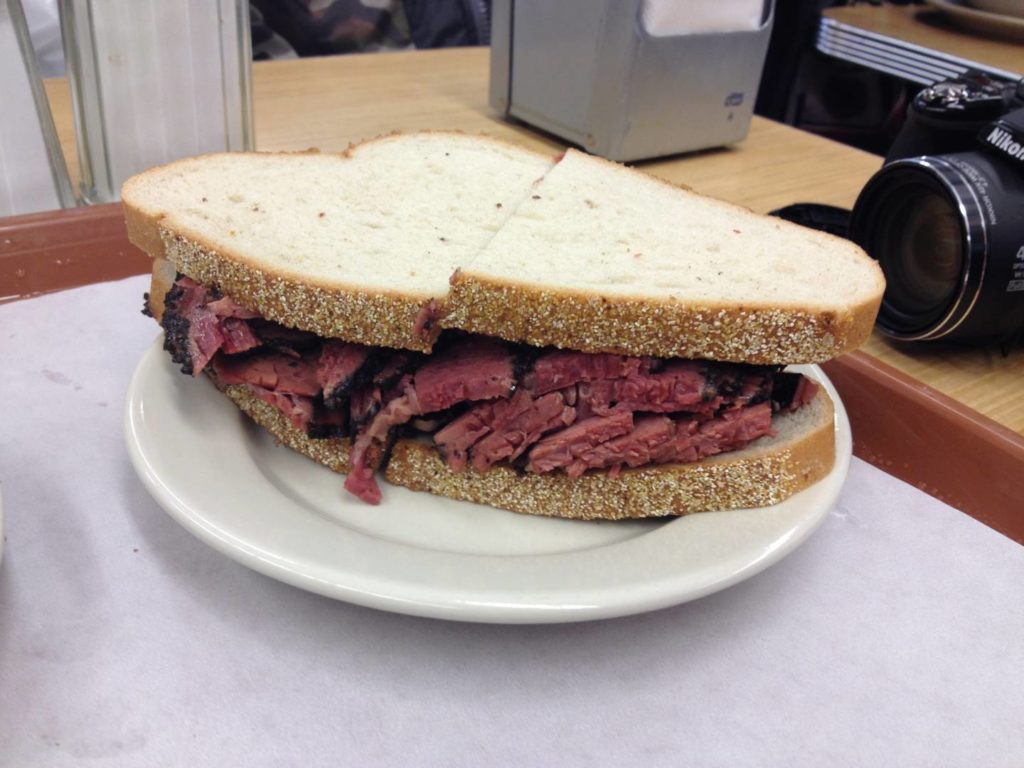 I begin with a chain of Mexican restaurants, spread in all the 5 boroughs of New York.

It’s a brand which was born in Colorado at the beginning of the 1990s – and today spread in the whole United States and in some European countries – re-proposing by the most simple and cheapest way (the self-service one) the basic dishes of the Mexican cuisine, mostly bowls (meat, rice and beans mixed dishes), tacos and burrito. 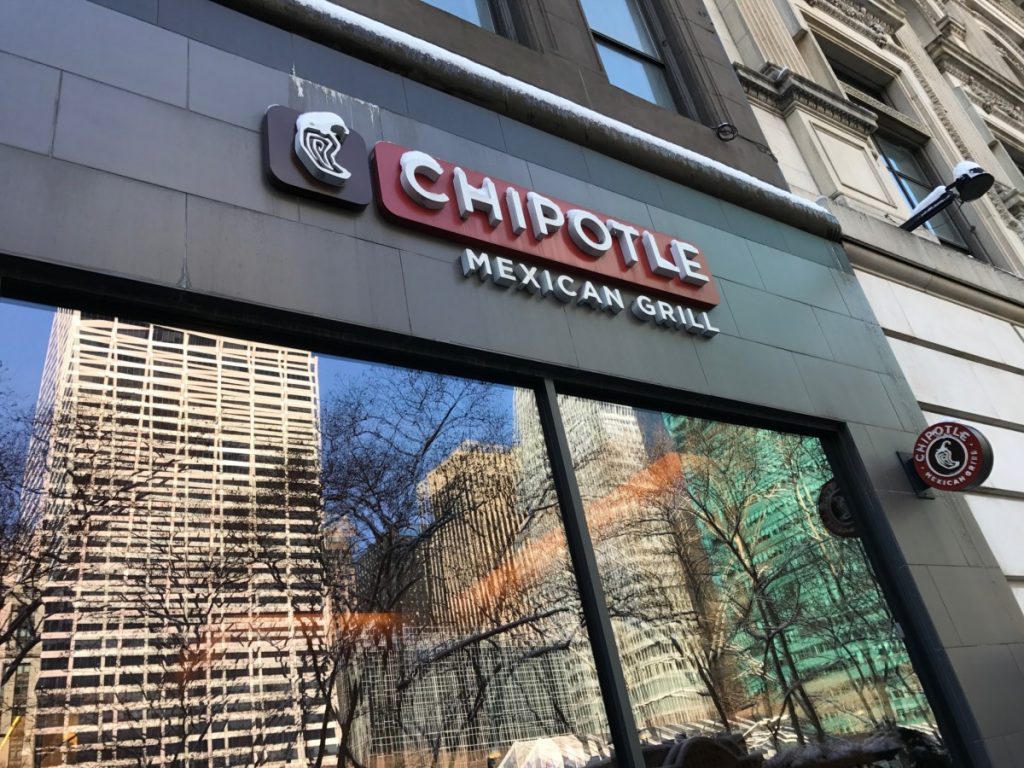 Chipotle (its real name was after the Spanish word used to indicate the jalapeno red chilli pepper which is present also in the official logo) agreed to the campaign “Food with Integrity”, committing itself about the use of biological ingredients and certified meat farmed naturally, aiming above all to the gastronomic quality at the expense – please, let me pass the term – of the customer service (not very bad) who find himself to lay the table alone and self-service.

According to me, it’s the ideal solution in the New Yorker busy days to taste an healthy, quick and definitely cheap lunch. 9/10$ with beverage included.

In New York Chipotle is practically everywhere: to look for the nearest one to your position it’s enough to look the official website up or geo-localize by the Google map and put it in the research.

Amy’s Ruth has the whole taste, welcome and savor of my beloved Old South.

By now it’s a regular stage every time I am in the city.

Amy and her family come from Alabama and despite they live regularly in New York, by now, the teenagers of the clan are used to be sent to Alabama in Summer to learn and keep alive the recipes and family’s traditions.

Here you can eat the best fried chicken in the city together with just cooked waffles and I have to tell the truth – since I love the Southern dishes – the rest is not bad at all, too.

The venue is always very crowded above all by locals, so it is recommended to book a table. An average meal with drink is about 16/20$. 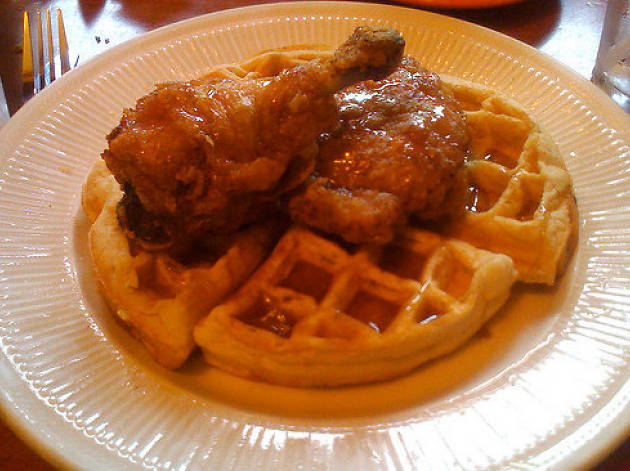 Hector’s Café & Diner is an old venue of the Meatpacking District.

It dates back to 1949 when the whole district was scattered with slaughterhouses and at the place of the sparkling luxury boutiques warehouses and small retail butcher’s rose.

Eating at this diner, still in time over 50 years ago, is one among the most local experiences you can do in the city as regards food and location.

Still today the usual customers are the butchers and the working men of the field: they get up early in the morning and have breakfast here starting from 3-4am. 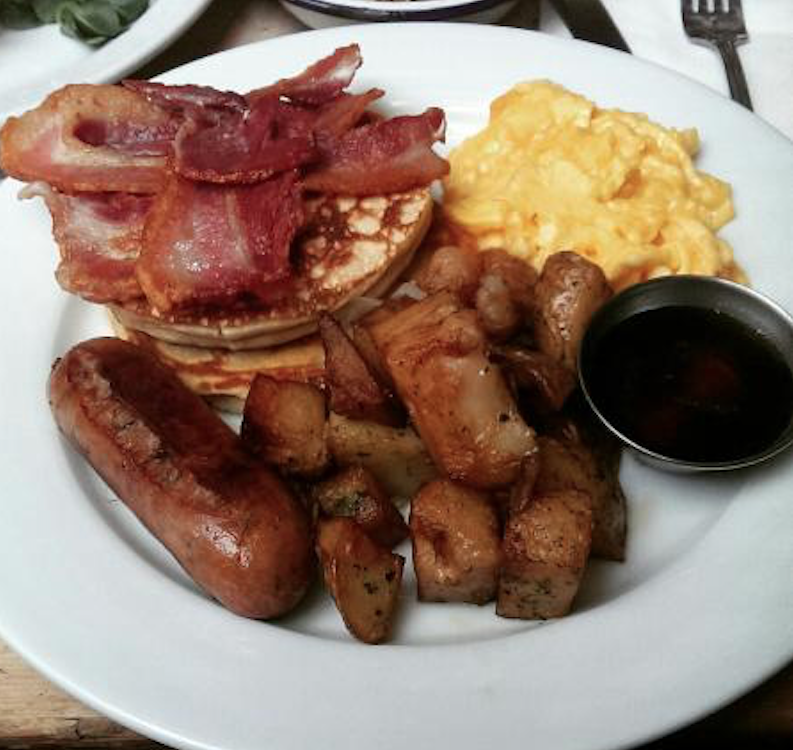 The special breakfast at Hector’s

The venue is really very simple: formic tables, plastic seats and iron legs rusty with time, suffused lights and a bar which appears to be come out a TV series of the 1960s, zero tourists and a fabulous and incredibly cheap menu (10/25$ for a mixed dish with drink).

Like a super special breakfast, omelettes, eggs and bacon, at least 5 different types of pancakes, wraps, burgers and giant fries, milkshakes, sandwiches and a black coffee with a definitely strong savor.

You’ll be familiar with the inside because this diner was the background of TV-series like “Law&Order” and movies of the calibre id “Taxi Driver”.

The Hector Café & Diner is located at the corner between Little West 12th Street (street number 44) and Washington Street. It is opened 7 days a week, 2am-9pm. 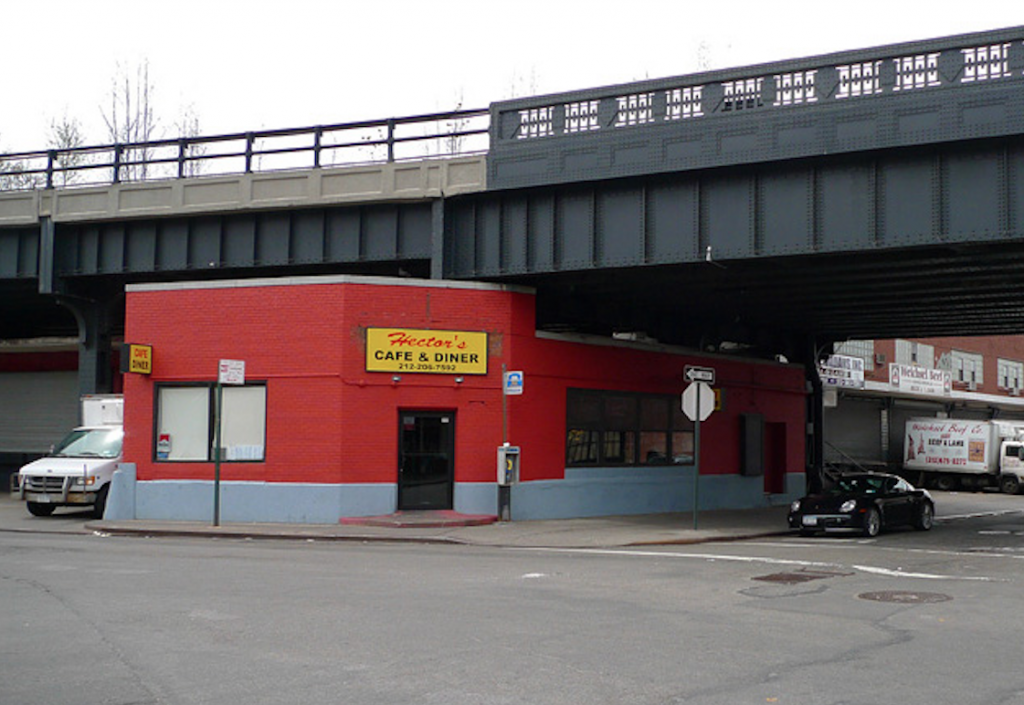 What to do in New York: breakfast or lunch at Hector’s

Spot Gourmet is located at 34-18, Steinway Street, in Astoria, Queens.

The ideal for a quick, savory and cheap lunch, maybe in the middle of a day spent discovering Queens.

Also the desserts (strictly home-made), the coffee and the very quick Wi-Fi are very good. 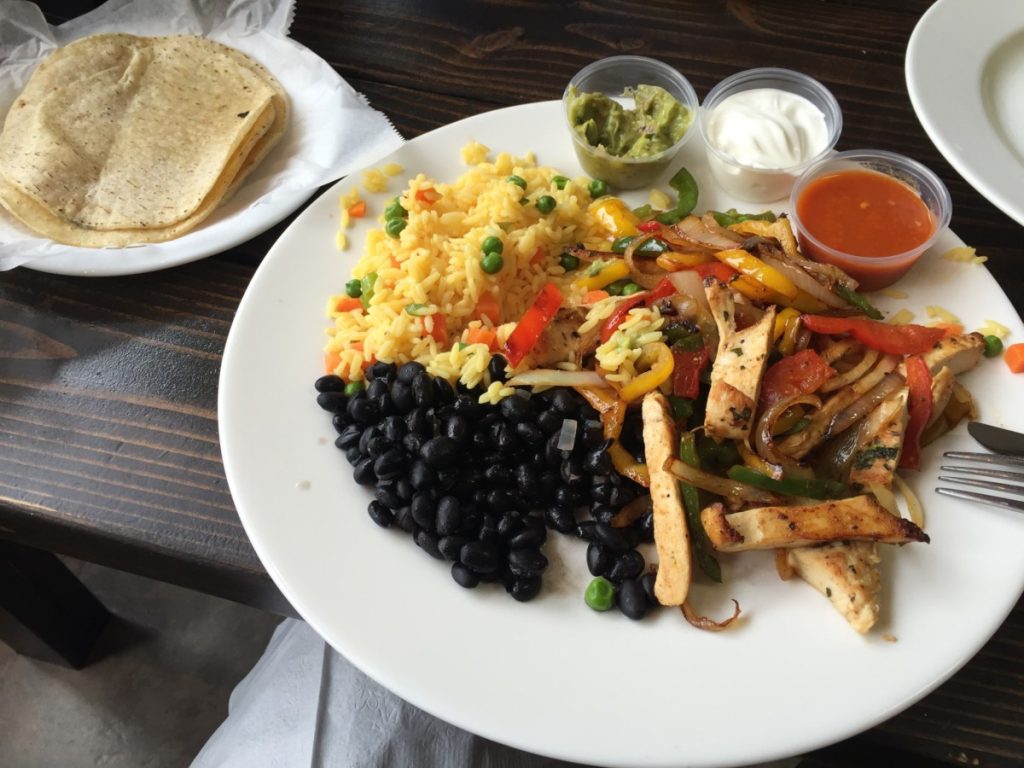 Eating in New York: my lunch at Spot Gourmet’s

One among the best BBQ in the south of Brooklyn.

At the entrance you look the menu up, order and first you pay at desk.

You are given a place card with the name of a Southern State, then you pass by the beers and beverage desk which you’ll pay separately and are self-service. At the table a tray with the order required, served on grease-proof paper, without any plate, is taken.

The half slab ribs is very good and as all dishes it is served with more side dishes at your choice, a small coleslaw portion (a head raw cabbage salad with sauce) and some bread.

Mable’s is located at 44, Berry Street – the entrance is on the 11th St. – in Williamsburg, Brooklyn.

Its direct competitor is Fette Sau at 354, Metropolitan Ave: it’s a good BBQ as well but more expensive and always very crowded since it is a smaller venue. 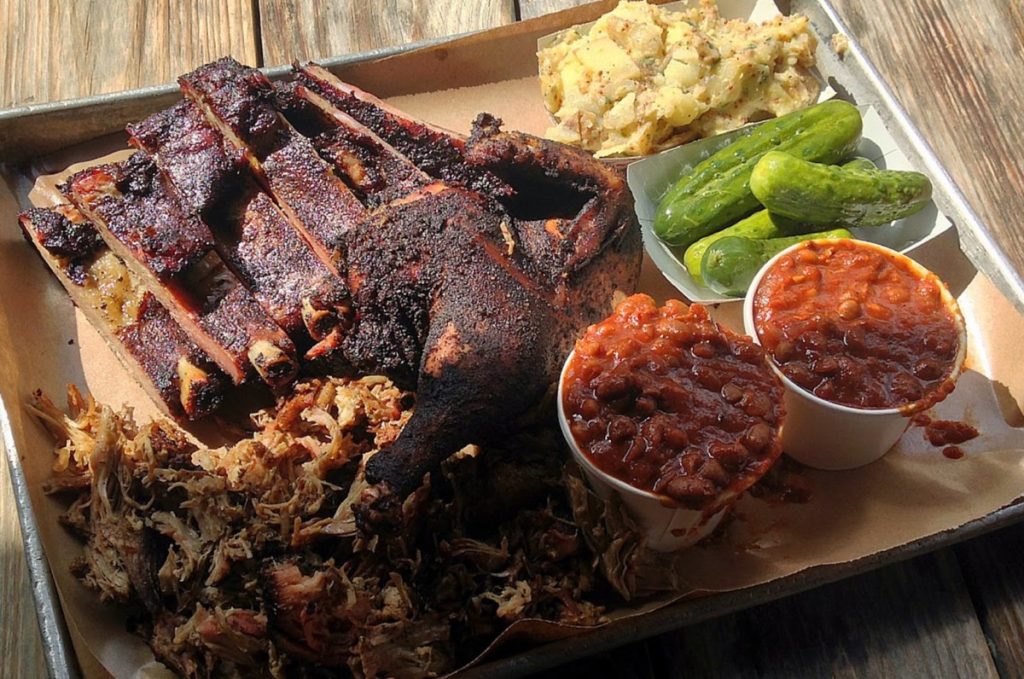 What to eat in New York: Fette Sau BBQ, Williamsburg

Eating in New York: a tip when choosing street food

I know, I’m going to discredit a myth but trust me.

I mean the famous silver trucks selling hotdogs and meat hamburgers with onions scattered in the whole city for a few coins (usually 1-5$). Do you know?

If you have never been in New York you’ve probably seen them in some TV-series or cult movie. So, let’s forget about them!

I had the chance to look around inside one of the warehouses where they are parked at night. Haphazardly, without being cleaned and in the hands of animals (sewer rats and other) ready to jump on the hot plate to recover the food traces. Avoid them!

Eating in New York: the Food trucks where to stop for lunch

It’s a different matter talking about the local and ethnic Food Trucks gathering in several areas in the city at lunchtime.

Like the very savory ones which cannot be missed located in the South Street Seaport – at the crossroads between Front and Fulton Street – Monday-Friday, 11am-5pm. 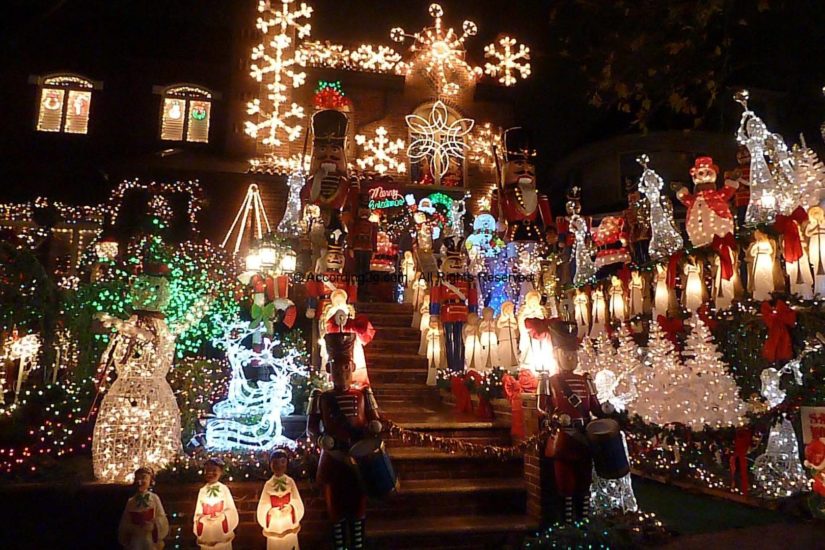 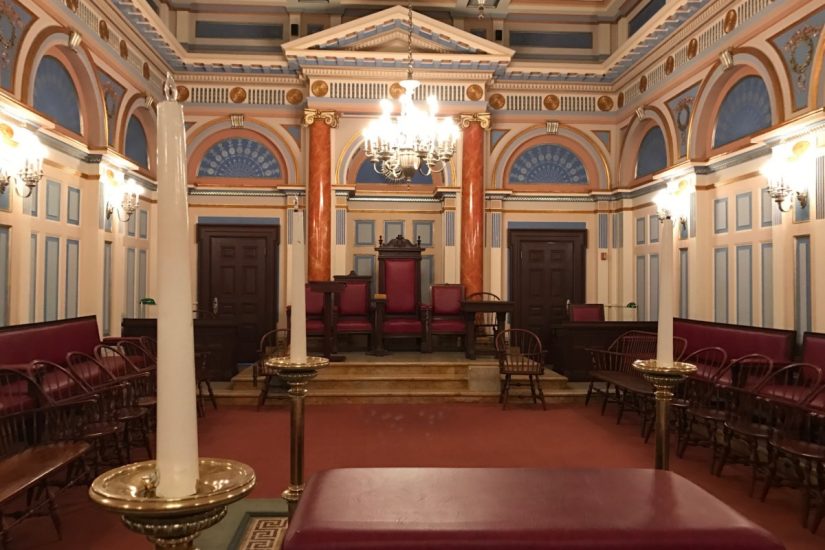