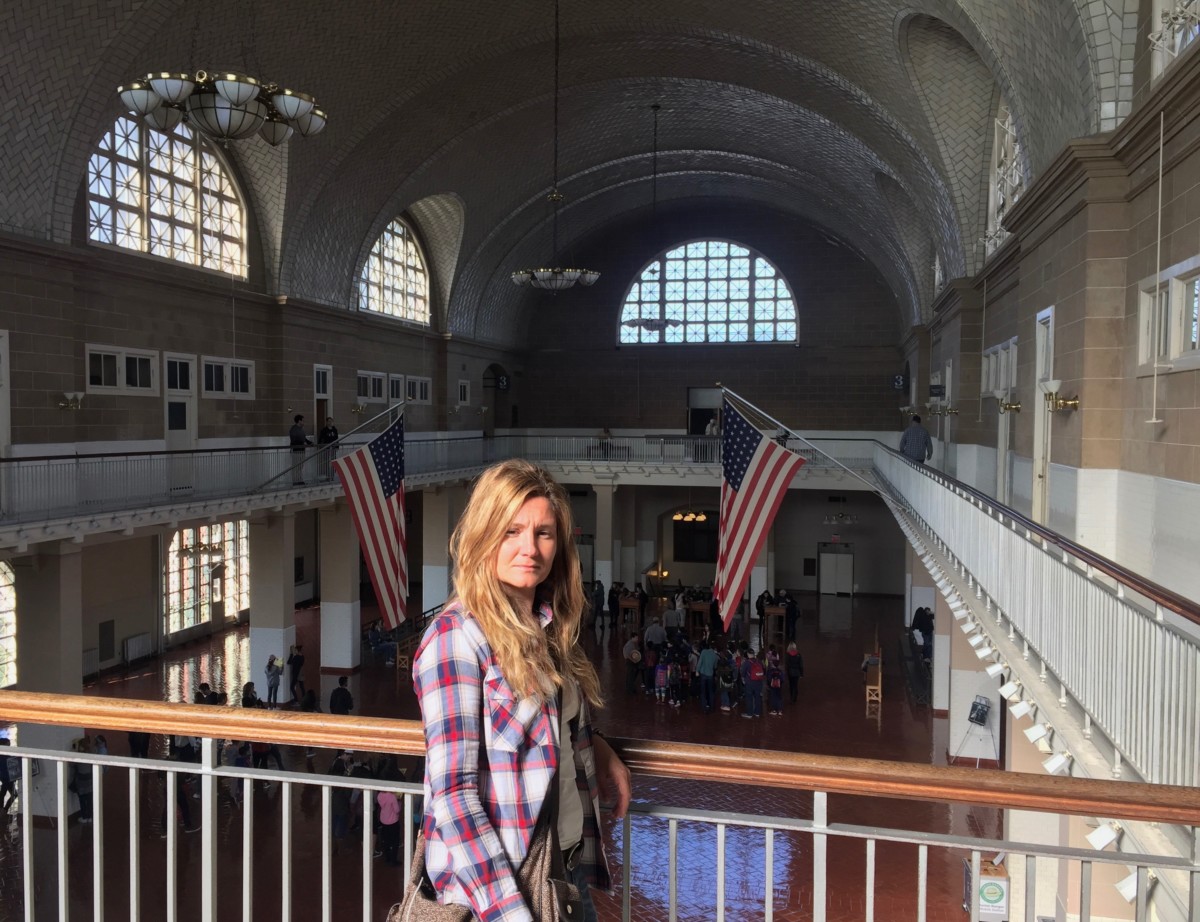 The web is full of detailed tips and suggestions about how to plan and handle the paths at the best, by now: it takes a half day and usually it is combined with the tour to Liberty Island, the islet where the Statue of Liberty is located.

On the Statue Cruises official website – the ferries’ company organizing the route – it’s possible to choose, according to one’s own interests, several typologies of tours. Remember that the standard one including Ellis and Liberty Island is already included in the New York City Pass. 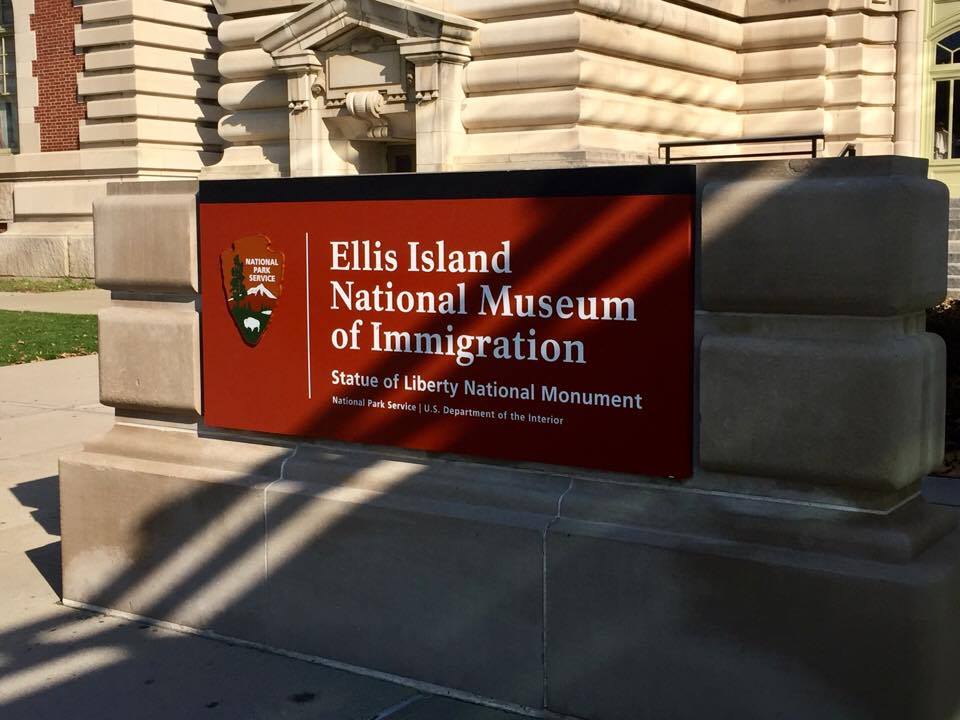 Visit Ellis Island, the entrance to the National Museum of Immigration

Actually the difficult part is being able to arrive prepared to a such experience.

Visit Ellis Island it means to set out on a downright journey back in time.

A journey in traits hard and emotionally complicated into the history and into the most difficult and painful lives’ moments of about 12 millions immigrants mostly coming from the old Europe: starting from 1892 until 1954 – after ocean voyages at the limit of the human endurance and suffering all sorts of possible humiliation – they arrived as far as here looking for a better life.

So, a place of memory.

A box of memories and emotions, hopes and pains, waits and disappointments. 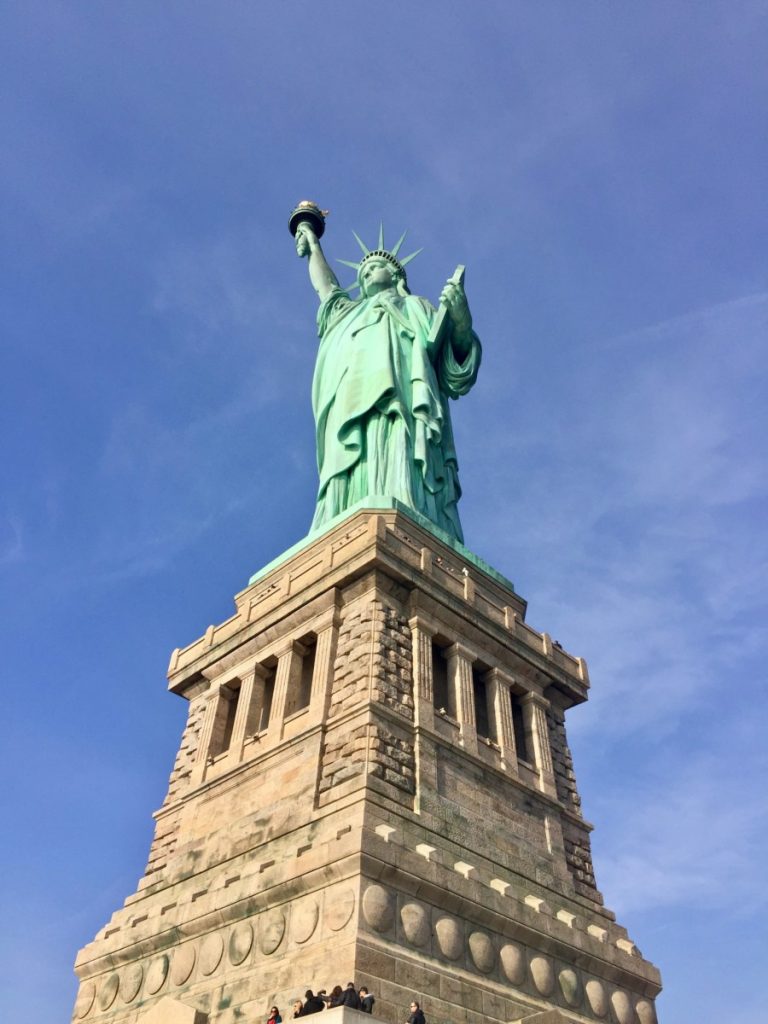 Visit Ellis Island: the Statue of Liberty on the near Liberty Island

Not many people know Ellis Island actually is an artificial islet.

It was created with the excavation waste made for the construction of the New York Subway, with the aim to make it then an arsenal.

But due to the constant increasing of the migratory flow in the late 1800s and the consequent impossibility to handle its mass by the Castle Garden Immigration Depot – the first real Immigration center in the city – it was chosen to clear the ship loaded of immigrants towards Ellis Island, turning it into The Gate, the greatest gate to the United States of America for almost 60 years.

After have performed also the repatriation functions of the political dissidents, criminals and anarchists, and have “kept” over the Second World War citizens considered “enemies” (Italians, Germans, Japanese, et cetera), Ellis Island was progressively abandoned and definitively closed in 1954 to be then officially reopened in the early 1990s, as Museum of Immigration. 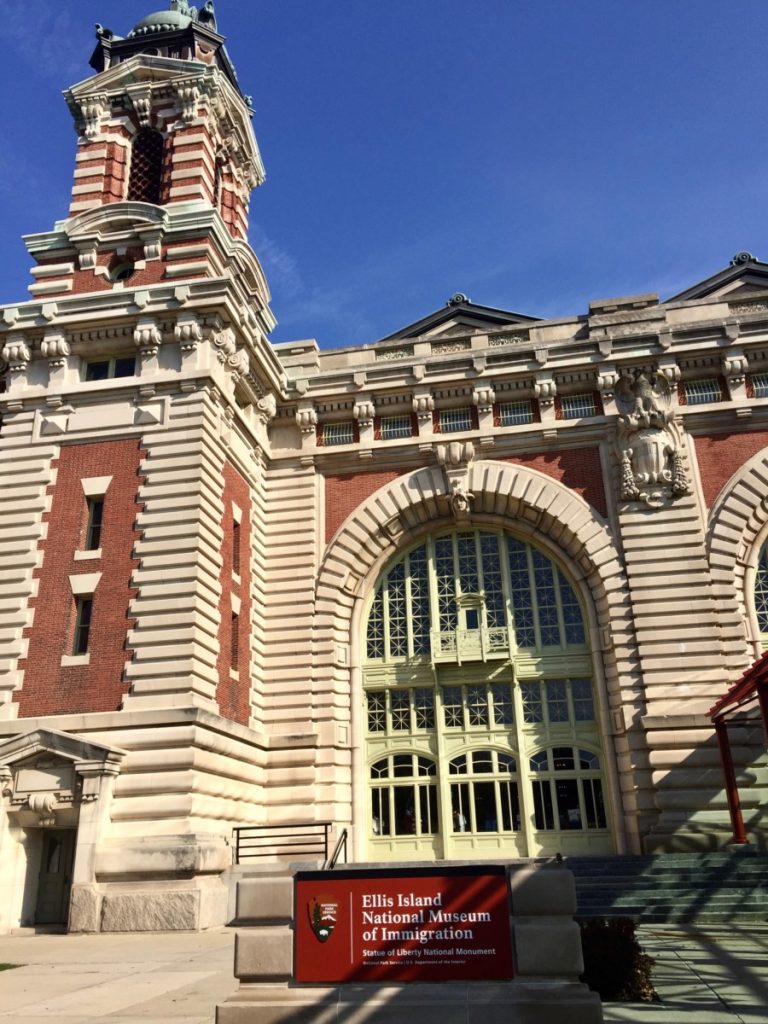 Visit Ellis Island: the outside of the National Museum of Immigration

Visit Ellis Island: the arrival and the immigration procedure

“Keep your back straight! Clean shoes. And do not cough for any reason. Be polite, never aggressive, you must not appear nervous. Think as an American that knows where to go.” […]

“Welcome to the United States, go out through the blue door, please!”

(Arrival to Ellis Island, quote from the movie “Brooklyn”, 2015)

The visit of the Museum of Immigration in Ellis Island keeps up with the fixed course of the immigrants just landed on the island: they found themselves waiting for their turn for the health checks for hours standing in the hall of the Main Building, exhausted by the voyage, with no chance to rest. 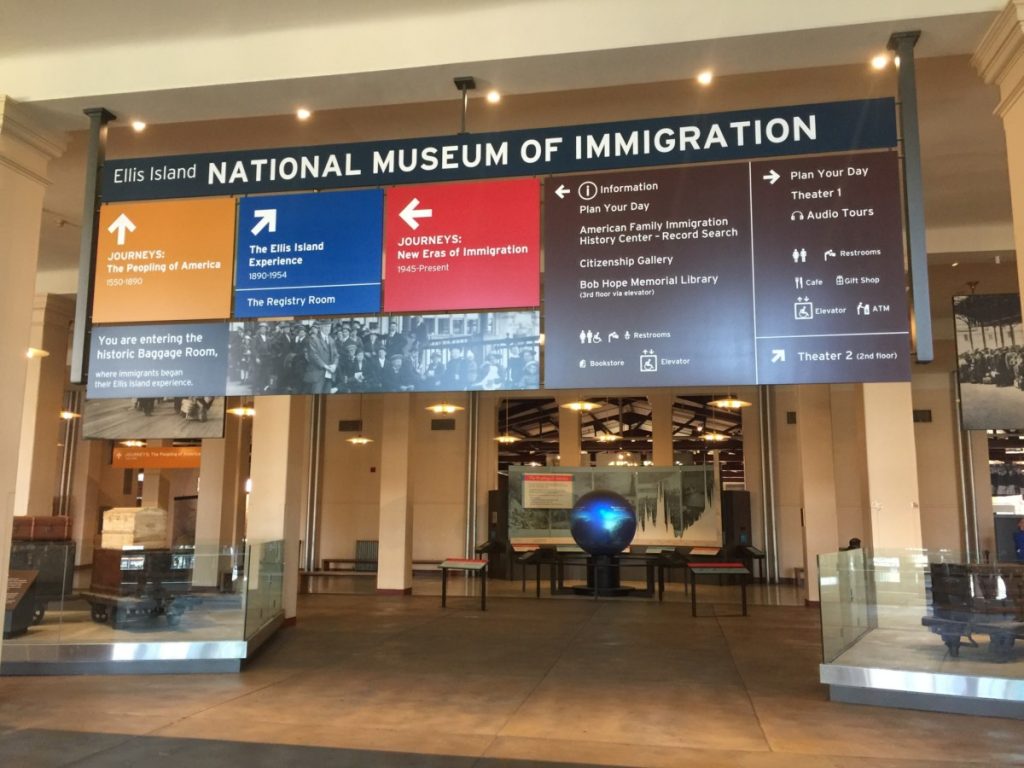 Visit Ellis Island: the hall of the Main Building 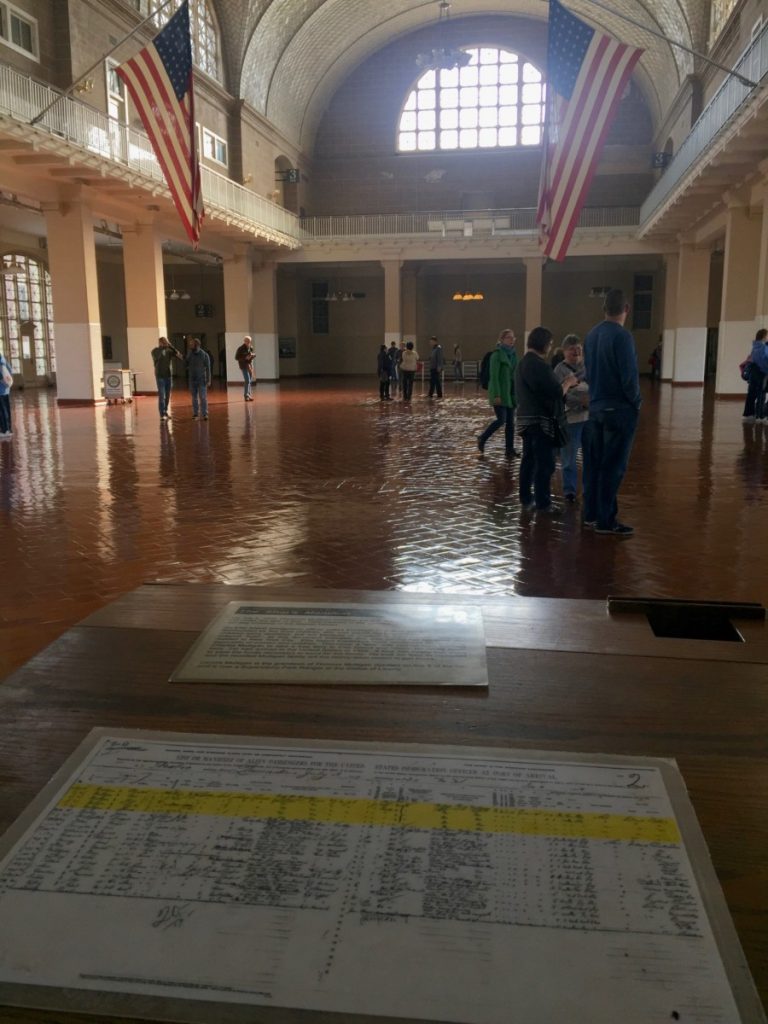 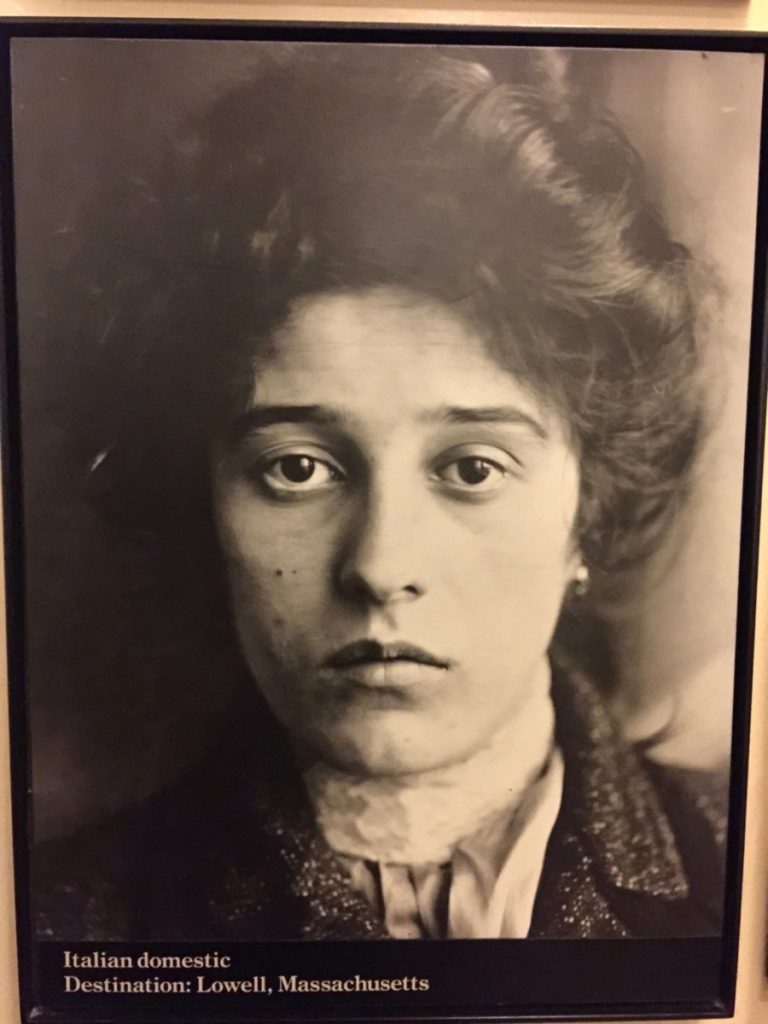 Got over this first step, they reached the great Registry Room on the second floor: here they waited for the so-called “interview” – where the appointee inspectors investigated about the reasons of the entry call to the USA, eventual criminal records and possible American contacts to refer whom once arrived to the city – in another endless line – and the final registration where all the personal particulars were given.

Once the entry to the United States of America was approved, the immigrants crossed the famous “blue door” to reach the landing stage and at last get onboard the ferry to Manhattan.

People who failed the health checks were forced to “stay” in the terrible cells on the Registry Room sides (they can be seen still today) and to suffer further investigations and examinations (if the result was positive it set the immediate repatriation). 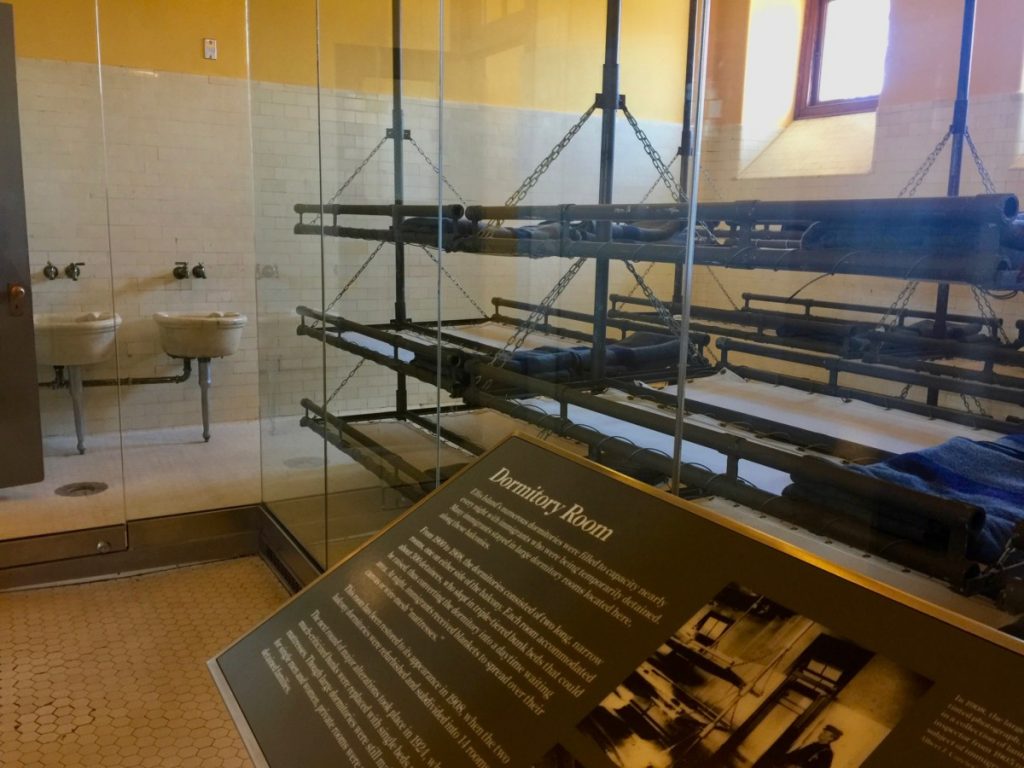 Visit Ellis Island: the terrible cells on the Registry Room

To understand even deeply and really a place like Ellis Island, the difference is made, as usual, by the single stories (made even more real by imagines and signs) you learn once gone in.

First among all the white and black blows-up of those lost faces accompanying the visitor along the permanent expository paths immediately back the huge and evocative Registry Room. Then on the third floor the hall opposite the Special Inquiries Division where there are the rooms occupied by a Special Inquiries Division with the task to examine in detail the deportation cases. 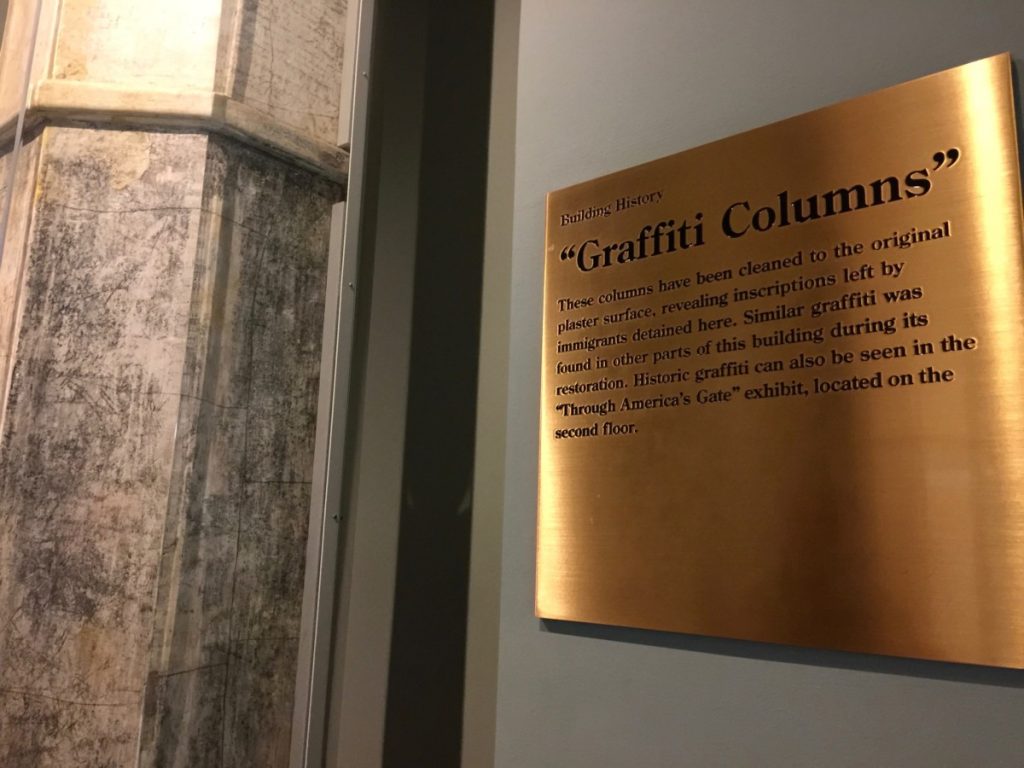 Visit Ellis Island: the columns with graffiti on the third floor

And it’s right here, among the columns of the passage taking to the Commission offices, that the past comes to life again through a stunning graffiti.

They are mostly imprecise drawings, scrawls, arrival dates, hateful functionaries caricature, cartoons drawn by immigrants waiting to know for their own history, probably vexed by uncertainty, exhausted by tiredness or simply they wanted to leave a sign of their short passage in America.

“Cecchini Giuseppe. Arrived to the Battery on May 18th, Saturday, 1901”

A striking stop-motion that is able to convey more than many words, in a singles moment the anguish, the difficulties and the never aggressive dram of entire generations of men and women willing do any sacrifices to get the chance to teach the so desired land of opportunities: the United States of America. 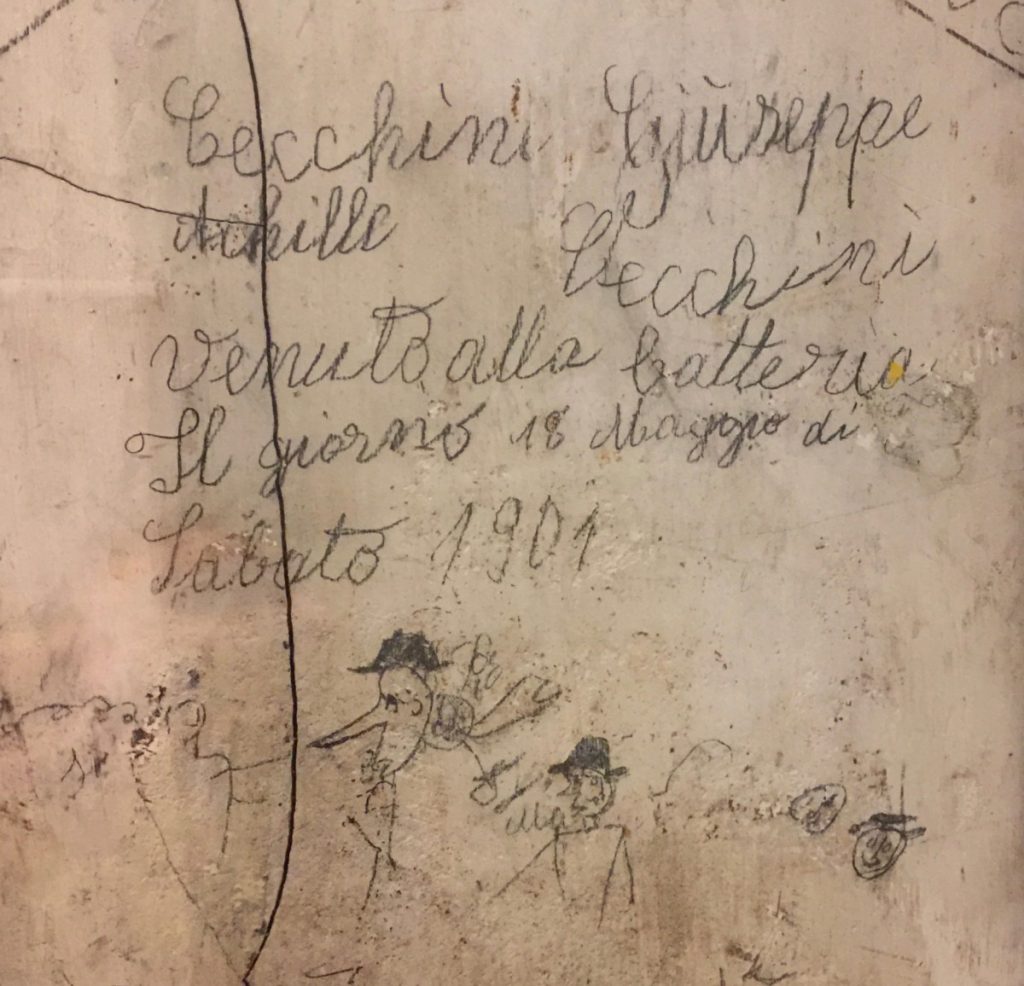 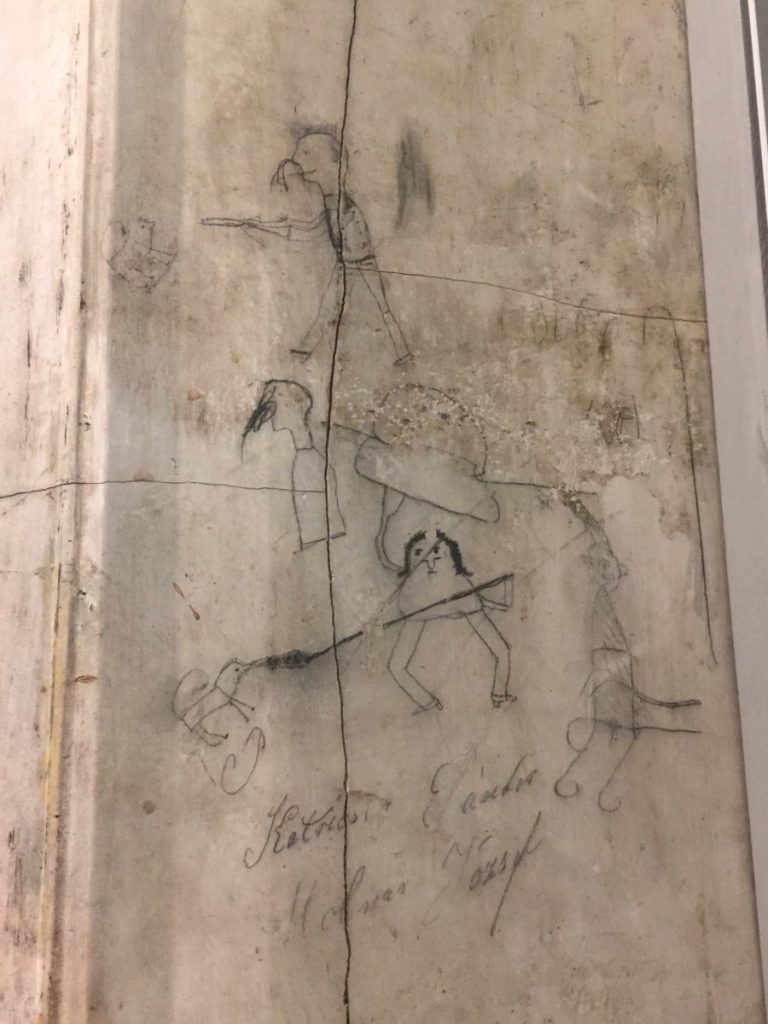 Visit Ellis Island: the search of the family’s members

On the Statue of Liberty and Ellis Island Foundation official website it’s possible to have access to the online archive allowing to trace a good part of the 12millions immigrants’ names passing by the island over time.

It’s enough to register oneself and begin the search to be able to recover names, arrival dates, place of origin, ships which they crossed the ocean by and age. 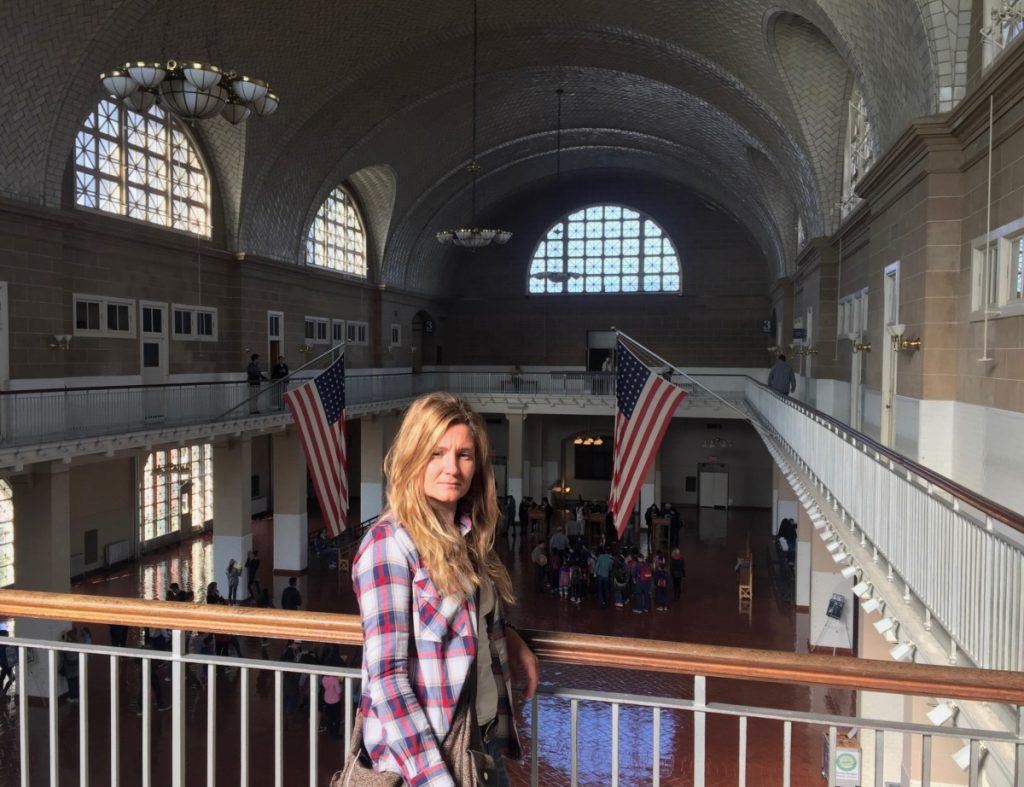 An effective way to be able to recover info about ancestors or relatives whose traces were lost in the pages of time. To follow their course and maybe arrive, thanks to further researches – who knows – to discover their descendants until nowadays.