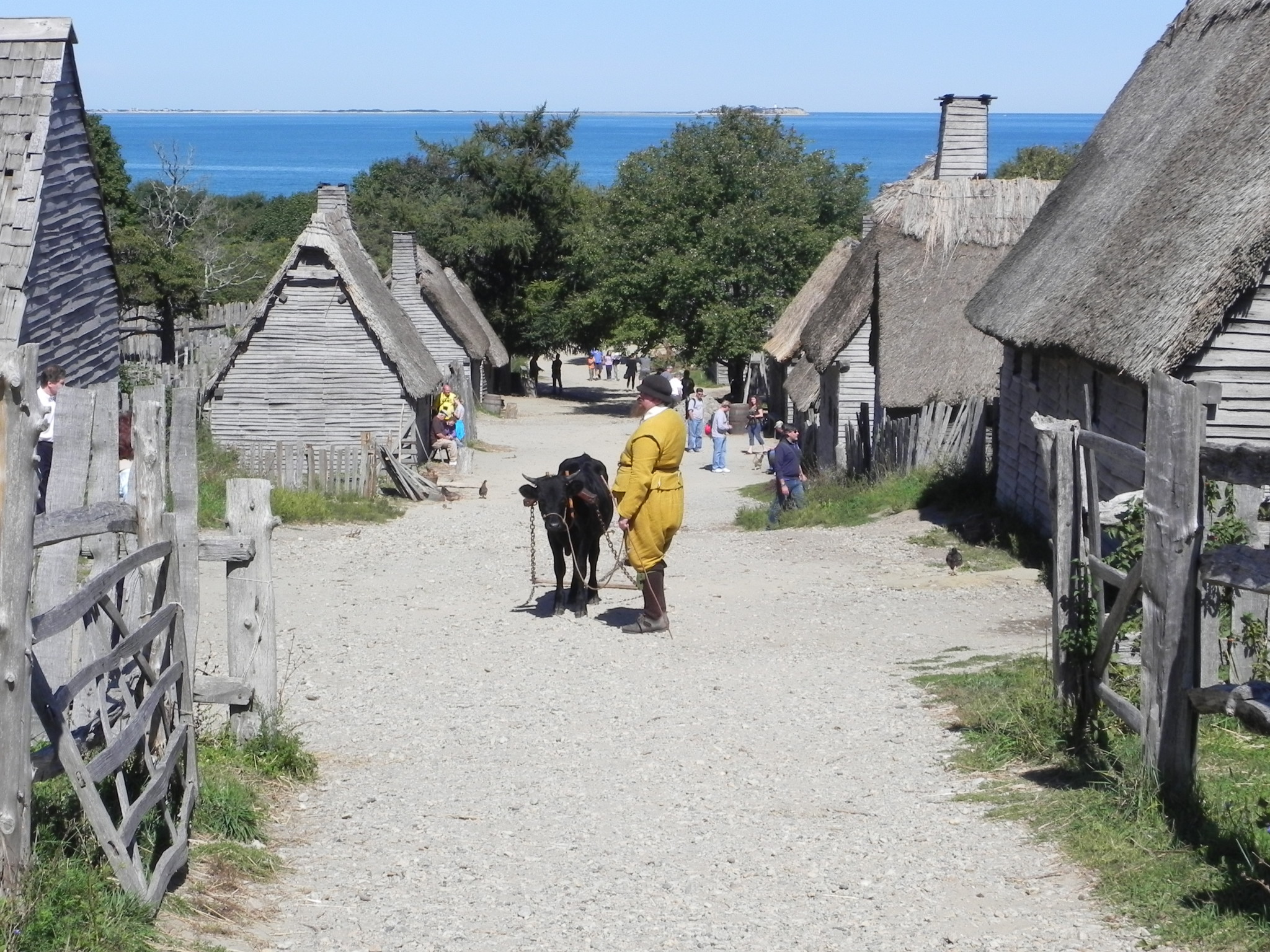 The United States of America, have you ever wondered how and where they were born?

And i do not speak about the Declaration of Independence, George Washington and the US Constitution, i mean before that, i mean the place and time in which a group of people in search of a better life reached the shores of this country, to create the first permanent settlement on an unfamiliar territory, inhabited only by indigenous peoples, the Wampanoag Indians. 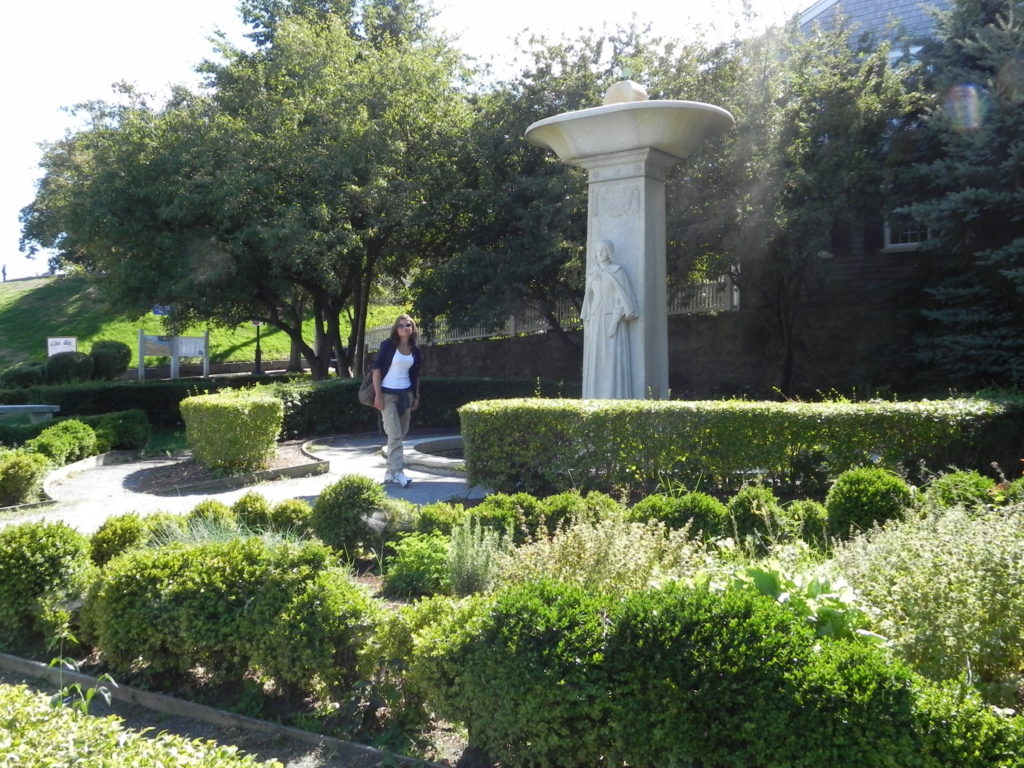 It what happened way back in 1620 on the coast of Massachusetts, in Plymouth to be exact, when 102 pilgrims from Europe, disembarked from the Maylower, the ship that had brought them here, tried and decimated by a difficult trip lasted several months.

Today, Plymouth is a charming and sunny town in the American east coast, beautifully situated in the spectacular setting of New England. 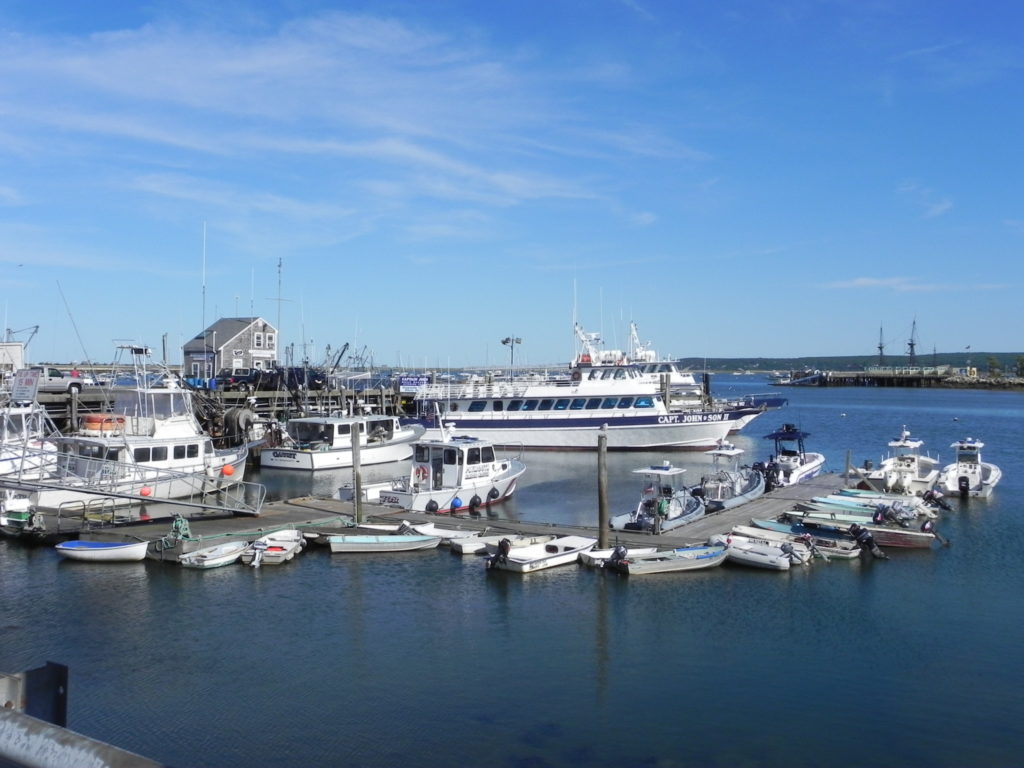 In the summer it turns into a popular seaside resort with a long stretch of beaches and a series of related activities such as fishing, water sports and cruises, autumn instead, thanks to the collection of blueberries, is colored by an amazing red purple and slowly dozes off with the first cold winter and then wake up in spring with colorful and varied Farmers Markets. 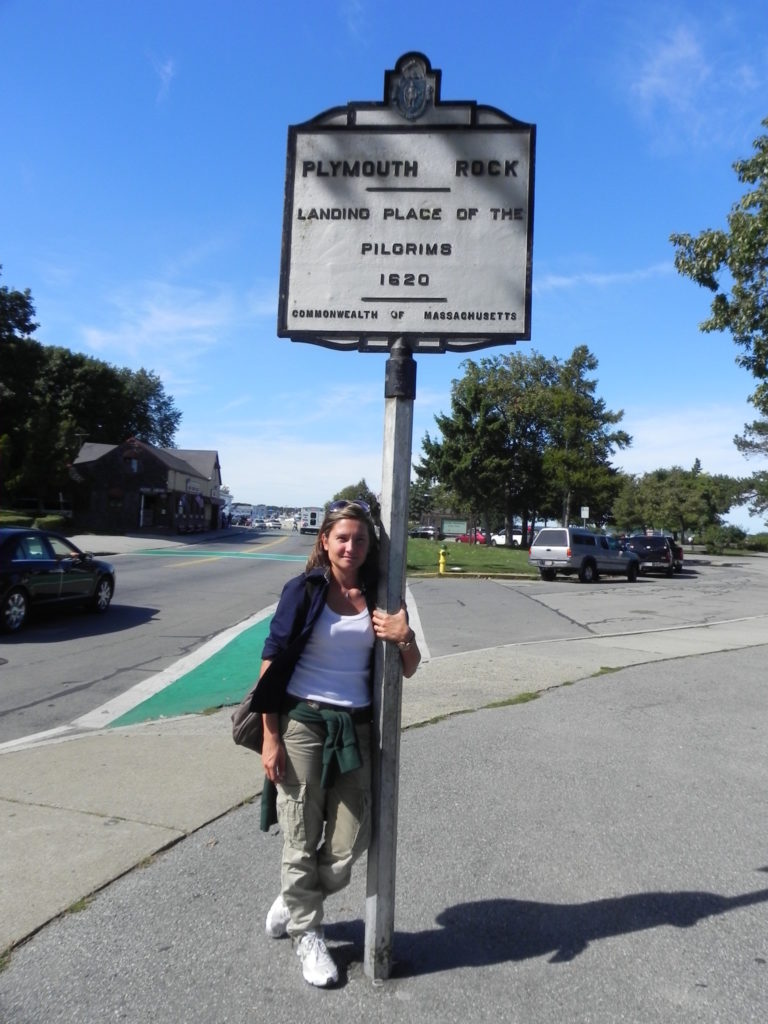 The place where is located the Plymouth Rock

The signs of his intense and important past are visible everywhere, along an intense itinerary that takes visitors up to that distant 1620.
Following the Pilgrims Path, a path that leads from the port to the city center, you can visit on foot most of the historical sites, there is however for the lazy also a tourist tram that connects all locations. 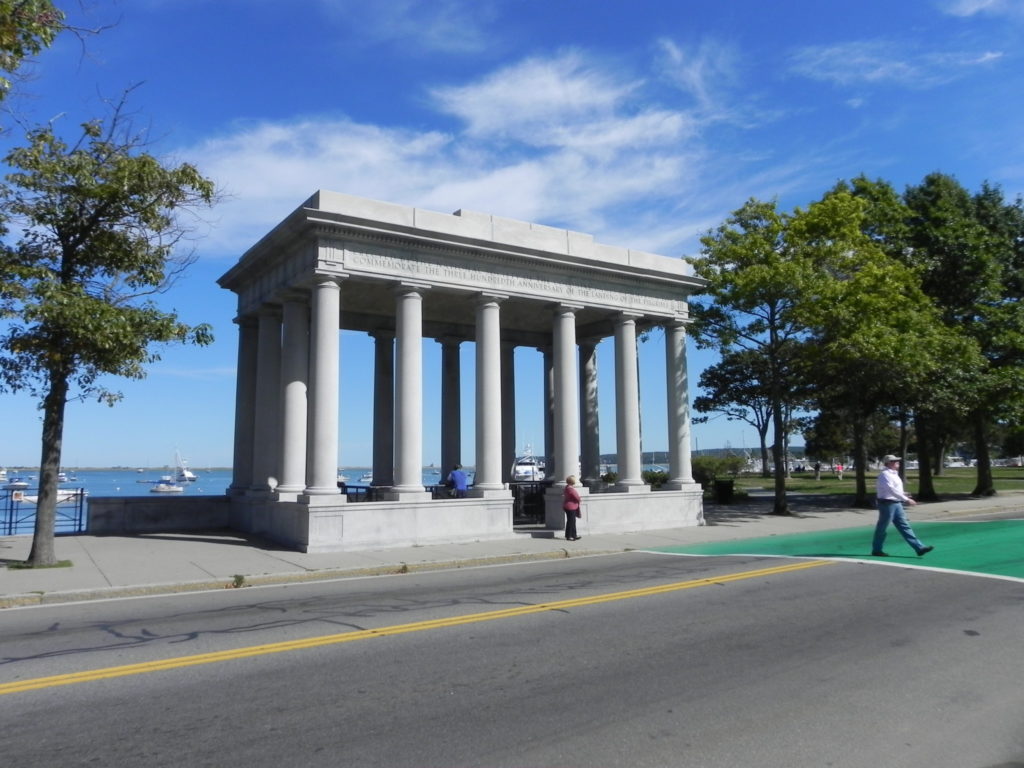 Outside the Plymouth Rock

You can start from Plymouth Rock, a small rock near the pier located in a classical building, famous for being the place where actually born the United States of America … it seems that this rock, which was slightly less than a car it was the first place where the pilgrims disembarked. 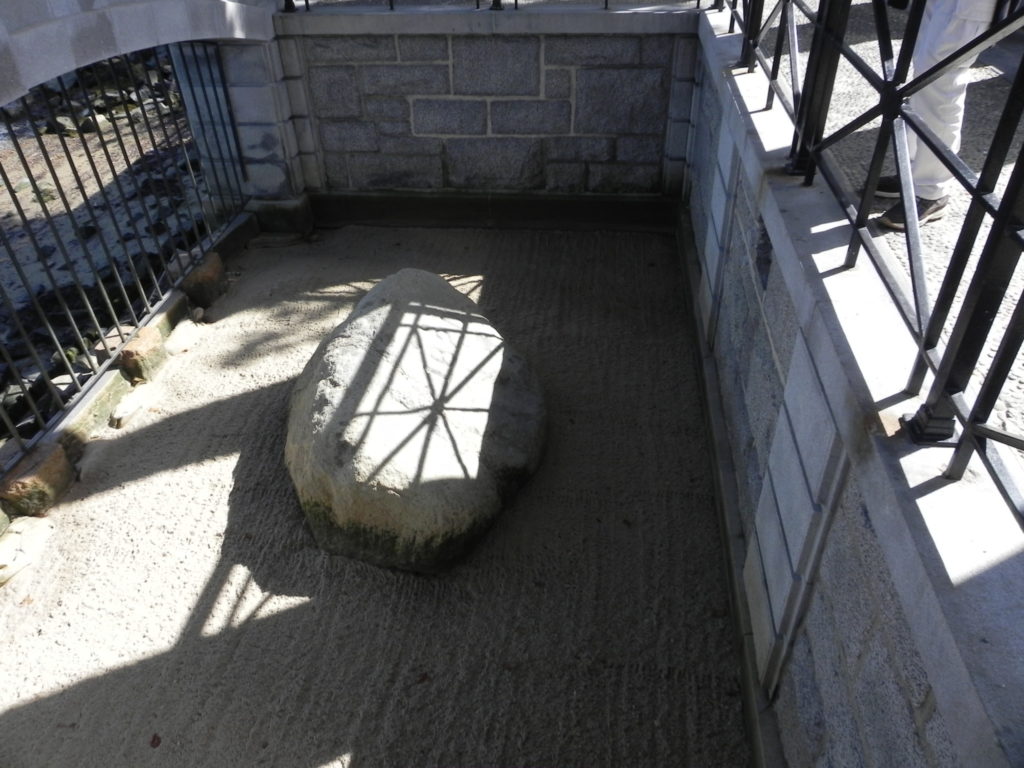 Nearby, along the waterfront you meet, moored at its dock, a perfect reproduction of the Mayflower, the ship that brought the Pilgrims Fathers in America.

The nice thing is that once boarded (the ticket is valid to visit other sites including Plymouth Plantation) you can meet actors in period costumes, who entertain guests with tales of the terrible journey. 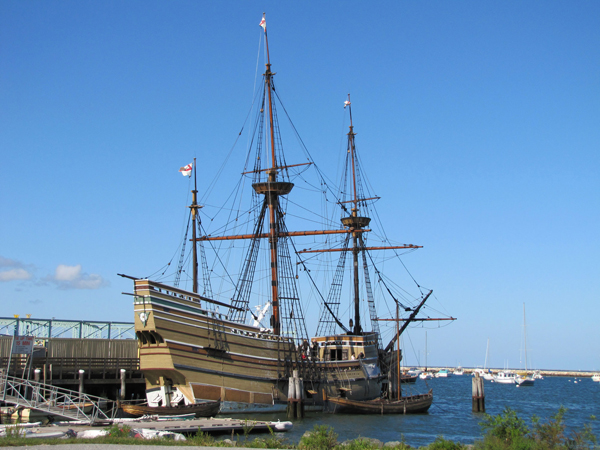 Many of the pilgrims, unprepared for the winter cold and without food supplies sufficient, died of starvation and disease a few months after landing.

Crossing the street you can reached Coles Hill, the high ground where they are buried today, not far there is the statue of the indian chief Massasoit, who helped the survivors to move on.

Returning to the center of Plymouth in a few minutes you can reach the Pilgrim Hall Museum, the largest collection in the world regarding objects and decorative arts of the period. 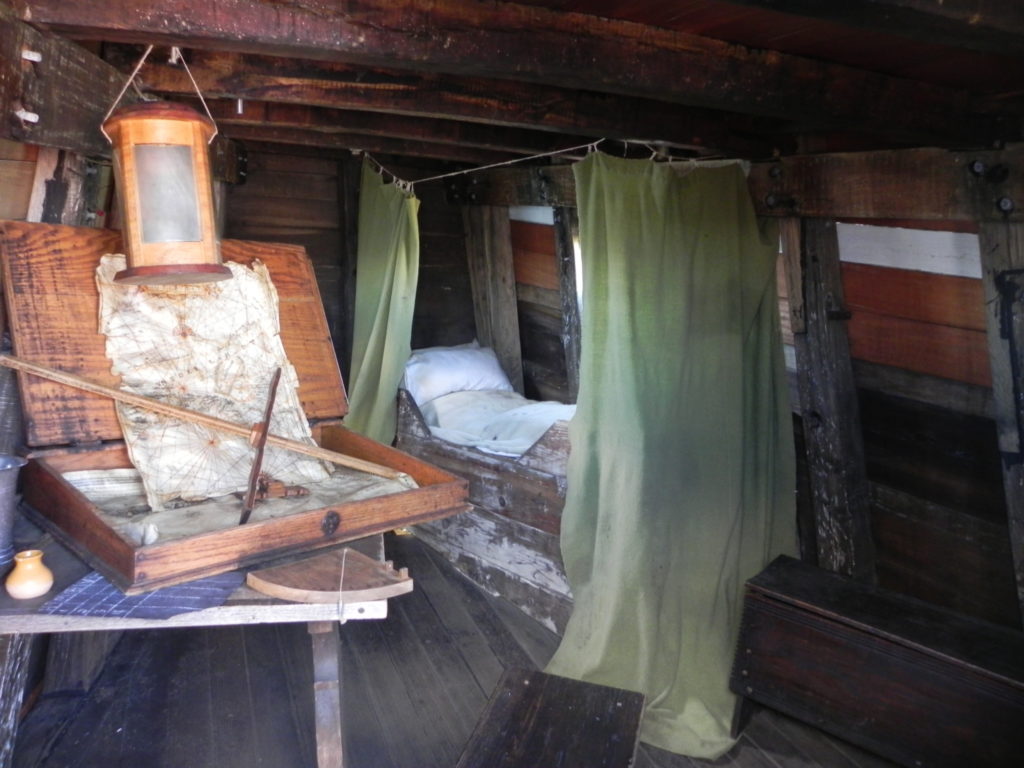 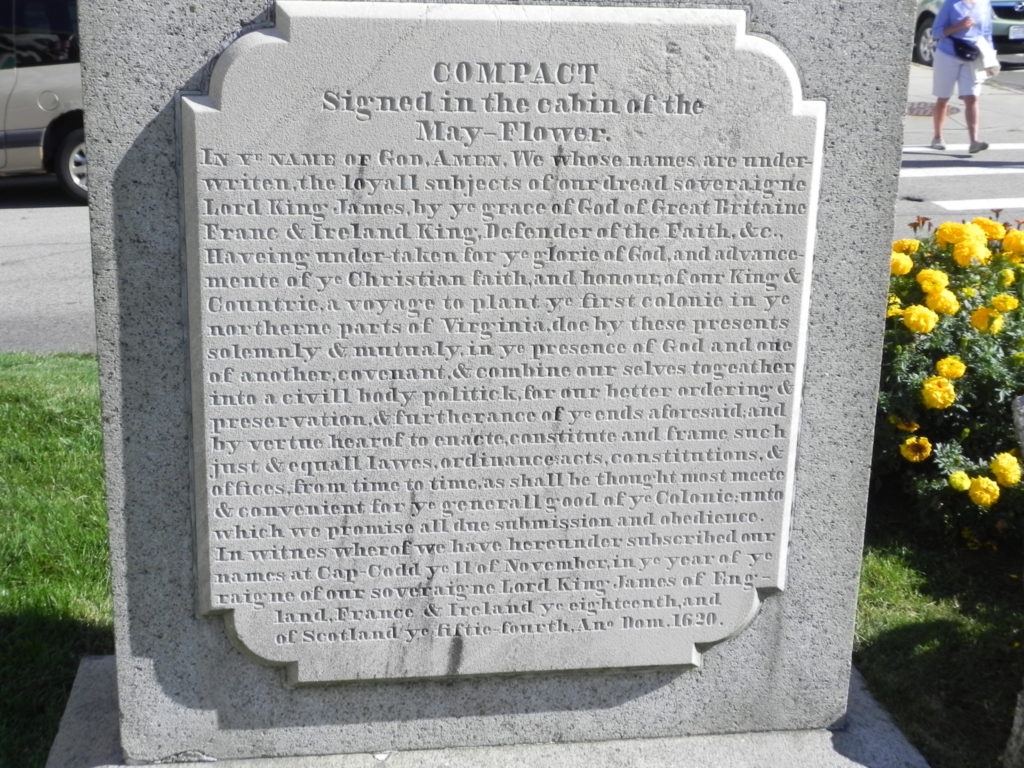 The most visited site is Plymouth Plantation, a faithful reconstruction of the ancient village of the pilgrims (the entrance ticket is the same one used to visit the Mayflower), situated on a hill a few miles from the center. 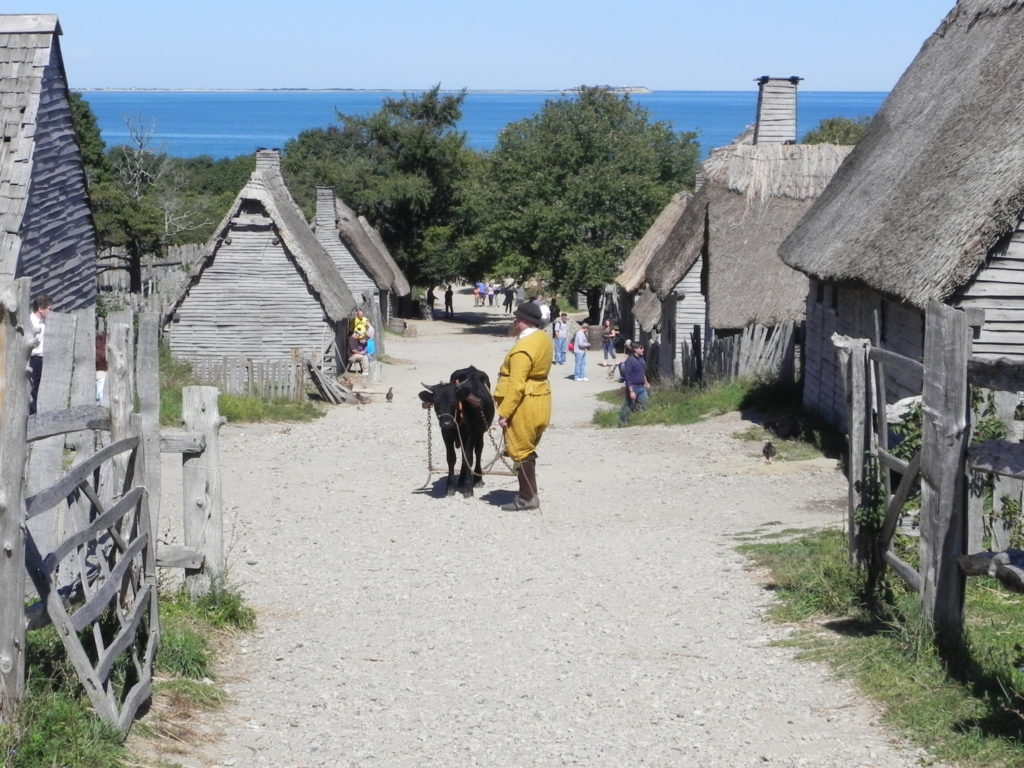 Here everything is exactly represented as it was at the time of the landing, the houses, the cultivated fields, tools, the furniture, even the people, so here you will find actors dressed in period costumes who interact with visitors answering questions and wondering about strangeness of their clothes, too modern, as if they were still in 1620 … really quite charming. 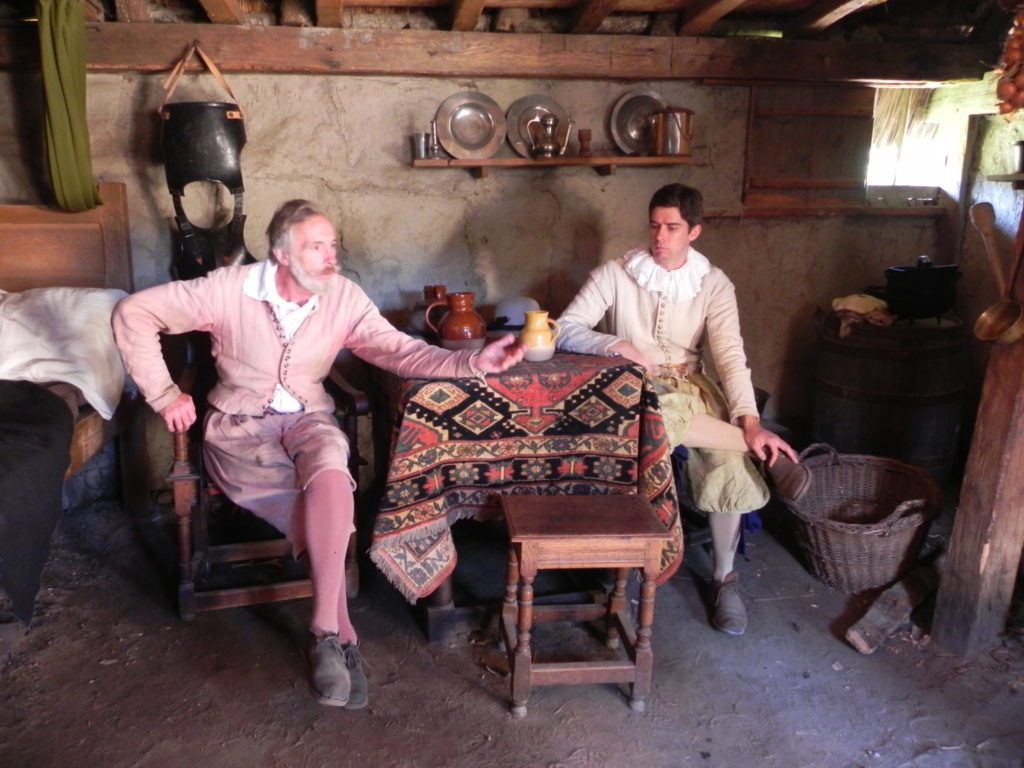 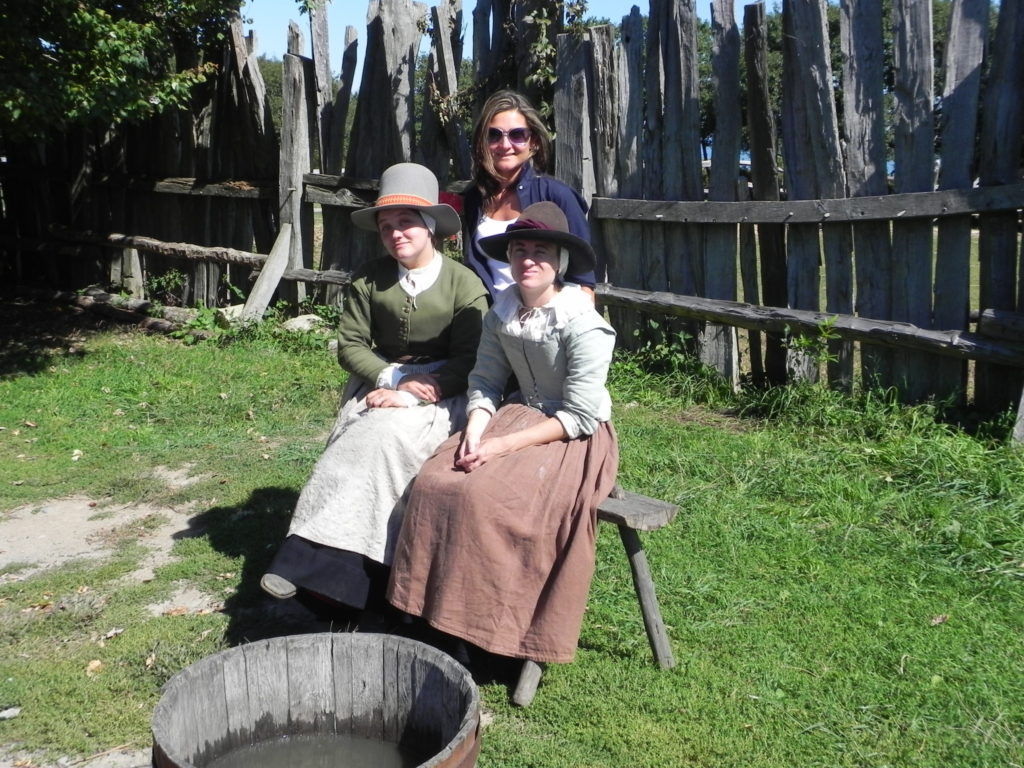 Not far you can also visit the faithful reconstruction of the Wampanoag Indian village, the local natives that they supported and helped the Pilgrims to survive in the first difficult months in America. 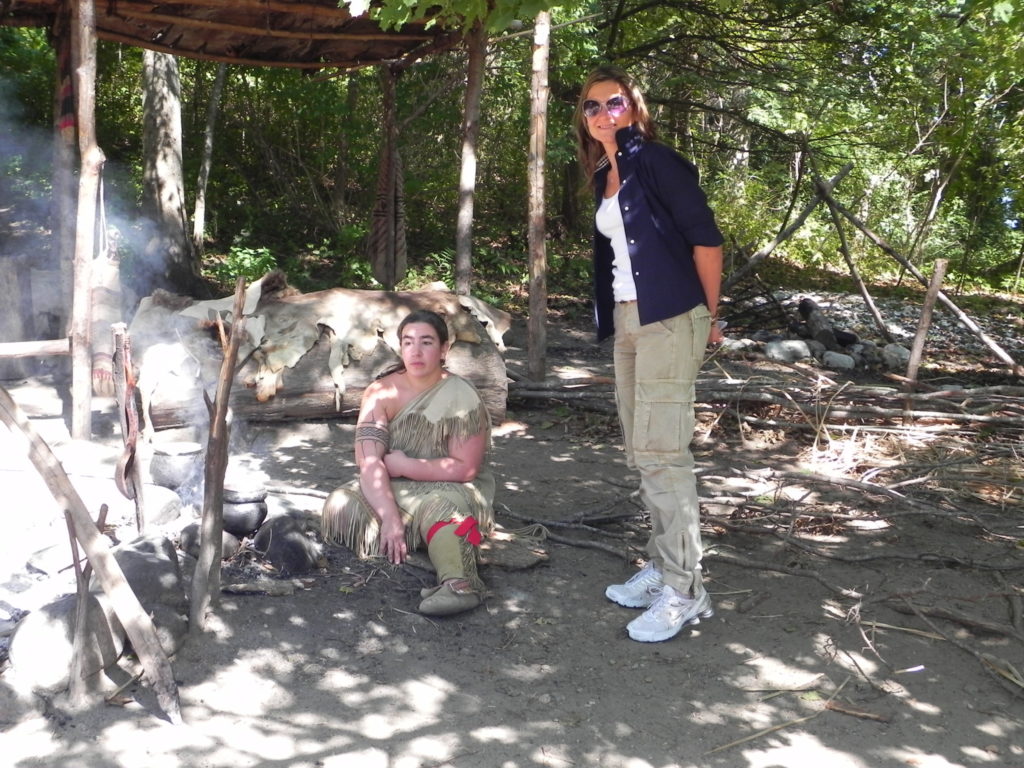 Surely you have heard of Thanksgiving Day, the largest American national celebration which occurs towards the end of November, the fourth Thursday of the month to be precise.

You have to know that everything is born from here!

From an ancient Indian custom mixed to the joy and gratitude to God for the first fruitful harvest of pilgrims exactly one year from the arrival in the new country.

You all Pilgrims, with your wives and your little ones,

Gather yourselves together to the House of Assemblies, on the hill …

there to hear the pastor

and make thanks to Almighty God for all His blessings.

(Governor of the first colony of Pilgrims of Plymouth)