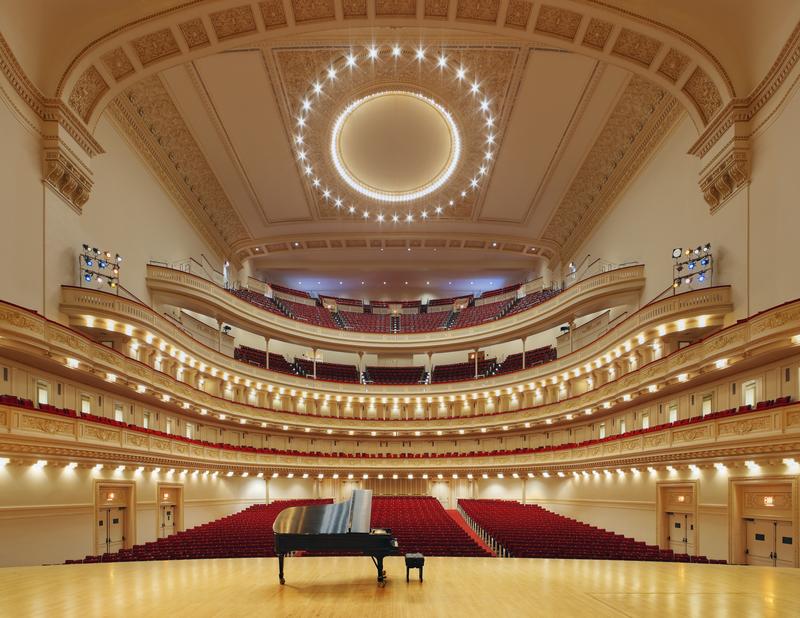 In order to admire the most famous concert venue in the world, to discover a precious and fascinating crossroad of tales, historical events and great characters and set out on an exciting journey back in time into the variegated and charming past of New York and a good part of America.

Another very beautiful fragment to put in that fascinating and endless puzzle as New York City is.

The Carnegie Hall was built in only one year by the baron and philanthropist Andrew Carnegie – in order to “share the primary source of beauty in the world, the music” – and it was opened on May 5, 1891 with a concert directed by PëtrIl’ic Ciajkovskij himself, made come from Russia, from Saint Petersburg as far as New York in “only” two months (a goal for that time), on purpose for the occasion.

Three concert halls – among them there’s the amazing Isaac Stern Auditorium – a series of music, singing and record studios (among them there are many former apartments in origin reserved to signed musicians and artists), a museum and story rich in anecdotes and great events who contributed to feed the myth. All this in the heart of Midtown bordering Central Park – right how Andrew Carnegie wanted, “a place near the park where people could walk in the open air after the concert in the afternoon” – where it is still located today. 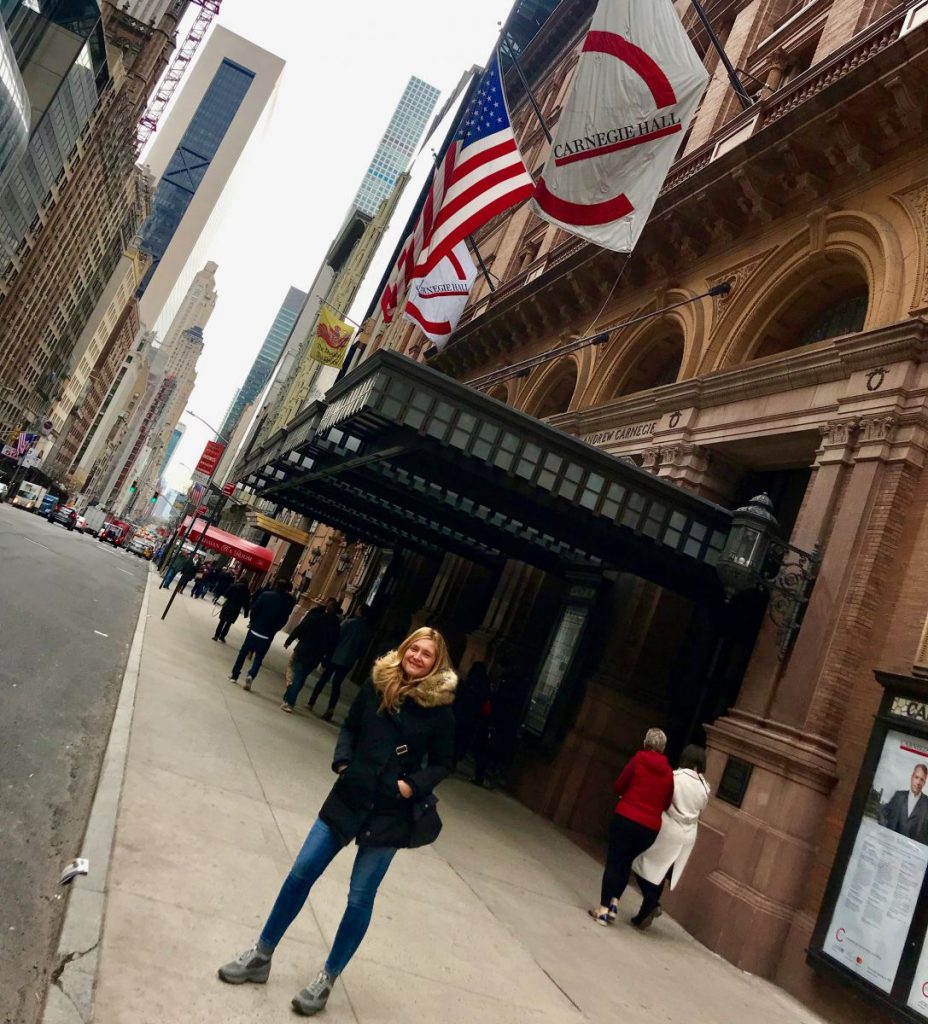 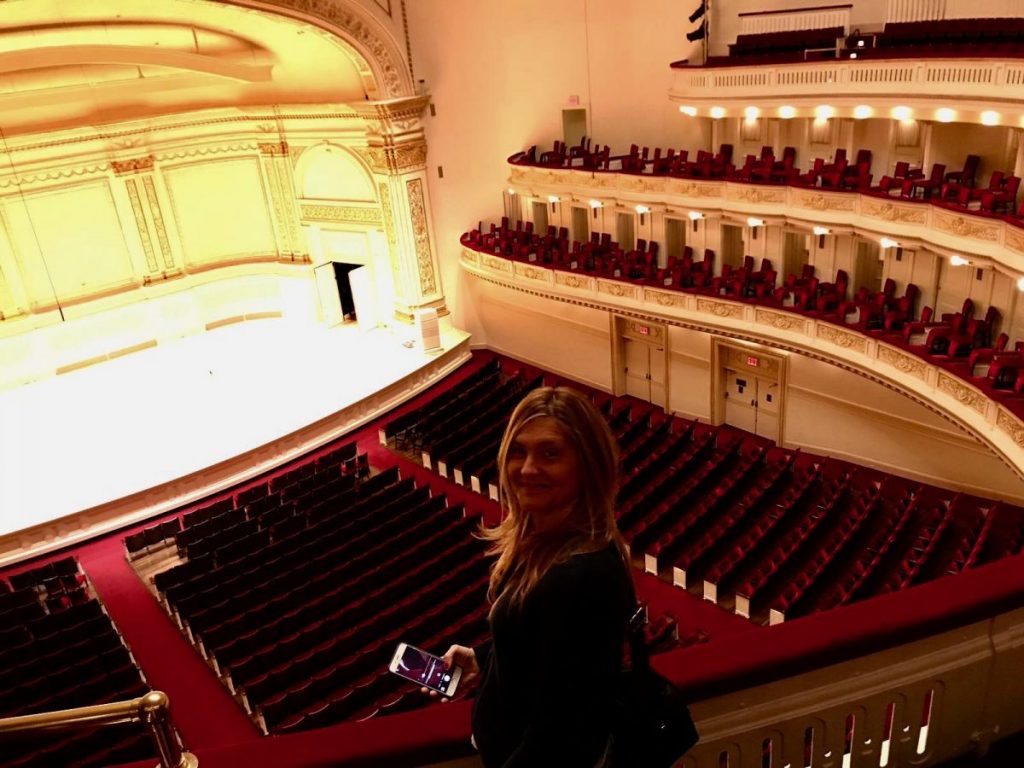 The Carnegie Hall hosted concerts, conferences, speeches of the most famous artists, characters, politicians in the world.

And it is also the initial stage and a real location used in the road movie “Green Book” – find here further info about the complete itinerary – inspired by the true story of the friendship born in the ‘60s between the African-American musician Don Shirley and the Italian-American driver Tony Lip. The movie won the Oscar as the best movie in 2019.

In short, in an only place an entire century of America, and perhaps the world, too.

“Among these walls not only the story of music, but also the America’s one took place.”

(Introduction to the visit – Carnegie Hall)

The guided tour of the Carnegie Hall starts from the main entrance, the historic ticket office and the side stairs taking to the mythical Isaac Stern Auditorium, the most important and prestigious concert hall in the world.

The tour – itinerant – allows to gain access to the several levels of the Stern Auditorium: balconies, stages, main parquet (the proper stage), the aisles of the private stages, the sitting

rooms and the waiting rooms where the public stay during the break. And the Rose Museum (you can enter it even one hour before the concerts and during breaks), a stunning collection of about 400 photographs and relics over 125 years of activity of the Carnegie Hall. 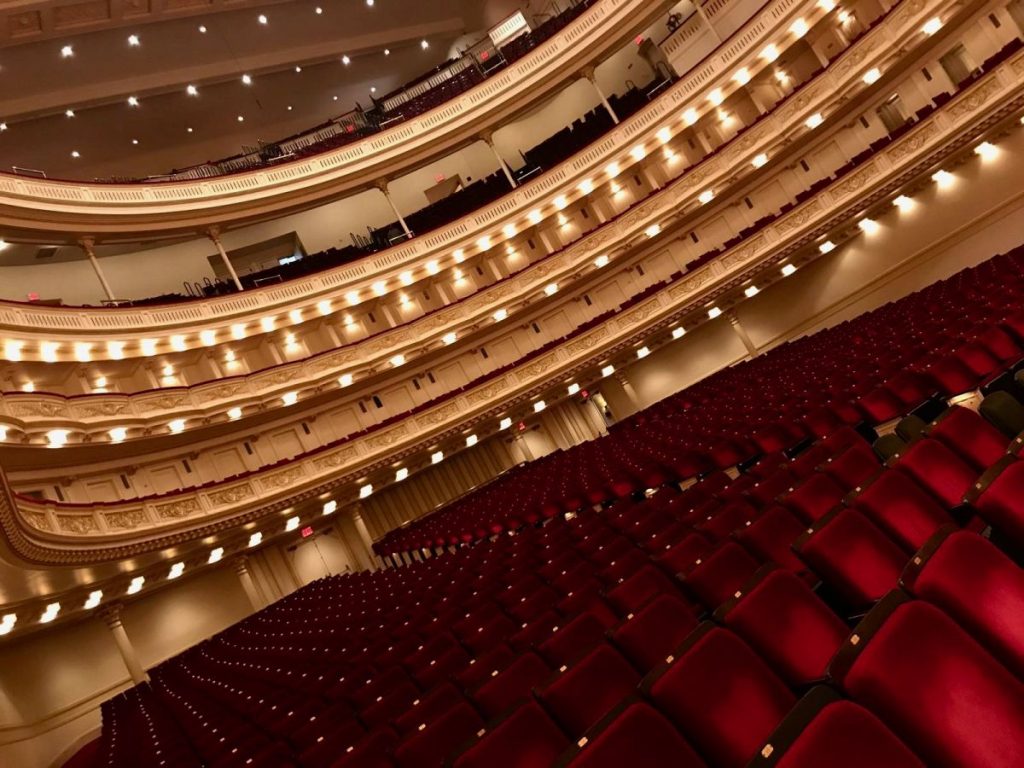 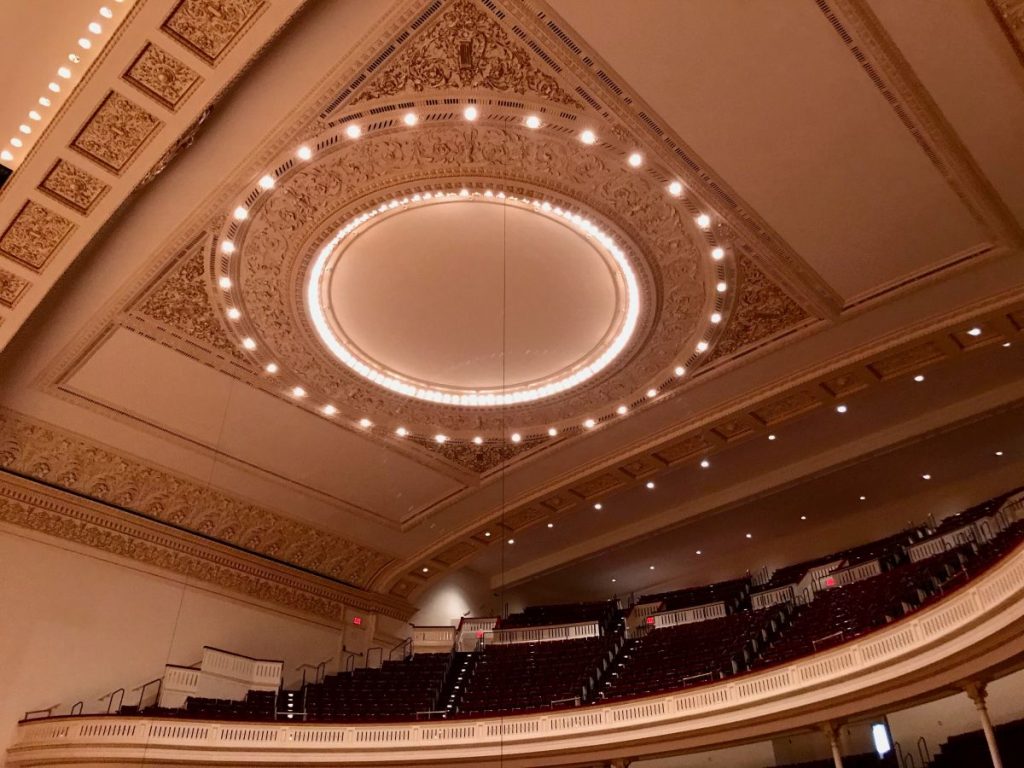 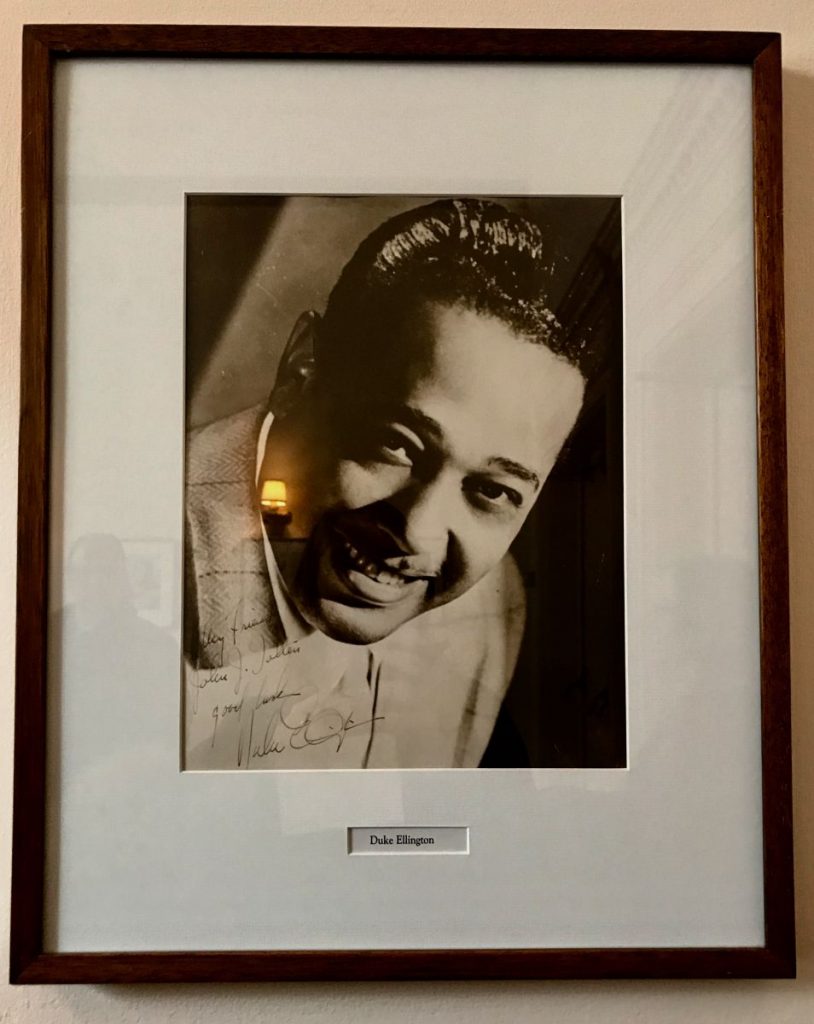 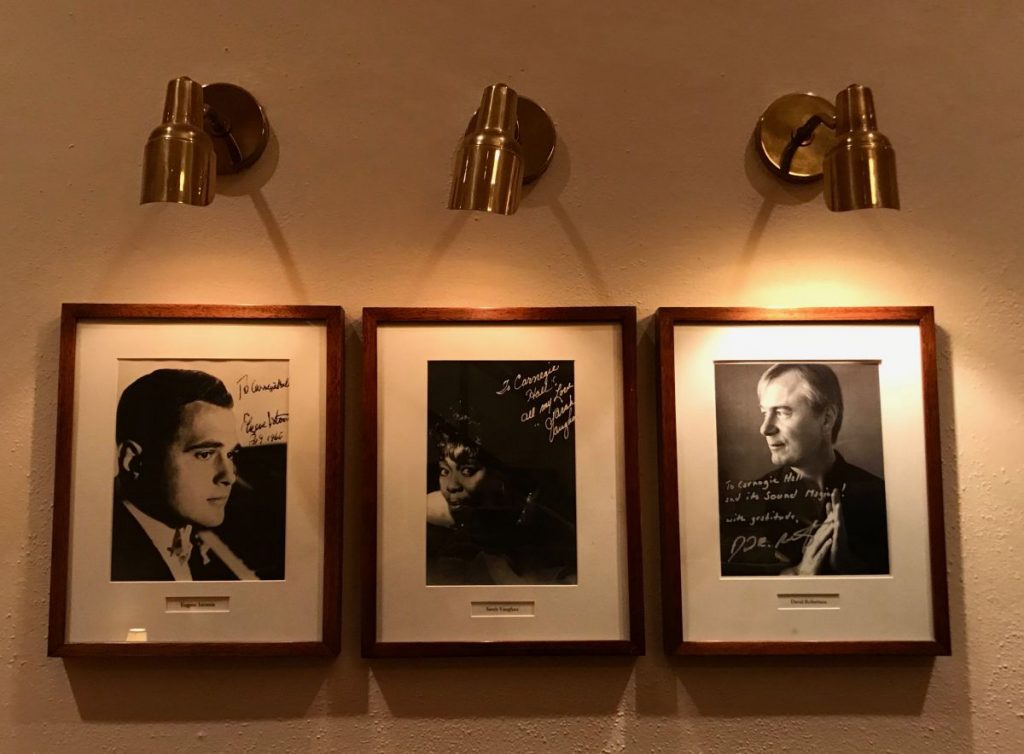 In the middle there are tales, anecdotes, the stories related to the great artists and characters passed by here.

You’ll find out how the baron of the steel, Andrew Carnegie, and his wife Louise Whitfield decided to build a place where to allow the New York Philharmonic Orchestra to express at its best. 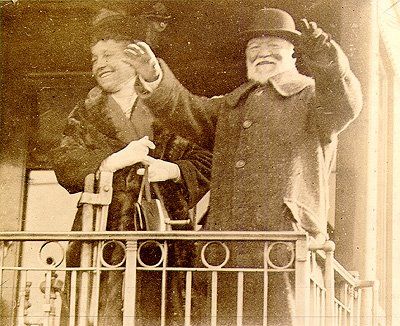 Andrew Carnegie and his wife Louise Whitfield at the Carnegie Hall

How they decided to give the musicians – among them Don Shirley himself of “Green Book” – and the acting and dancing teachers of the Auditorium the apartments upstairs – attics, one-room apartments, skylights.

And how at the beginning of the ‘60s Isaac Stern and the whole town community prevented the Carnegie Hall to be demolished in order to replace it by a modern bright-red building. 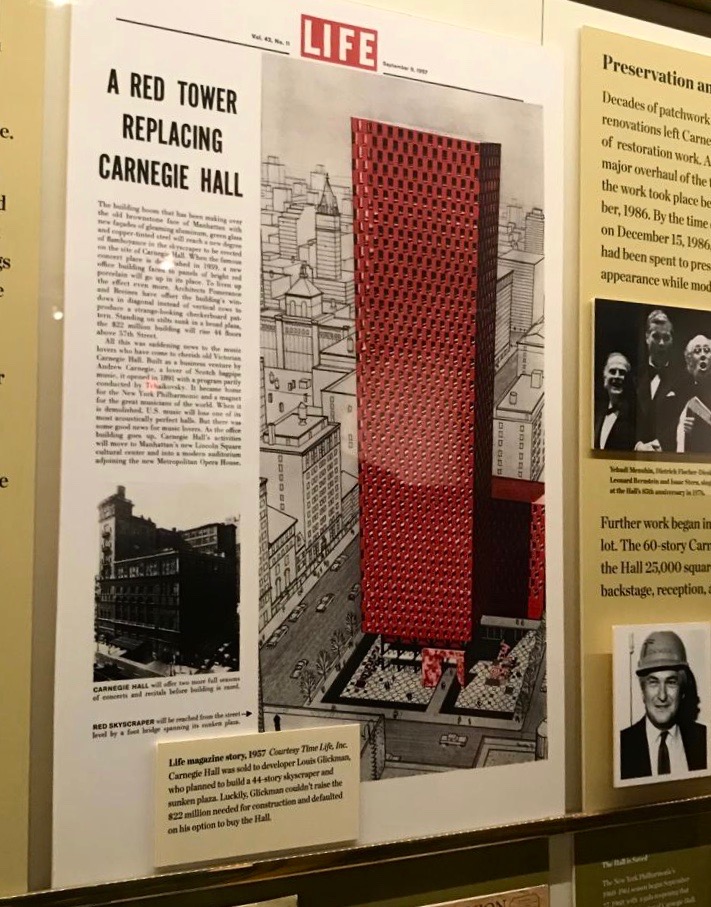 Visit the Carnegie Hall, New York: Rose Museum, the building that would have had to replace the Carnegie, according to LIFE 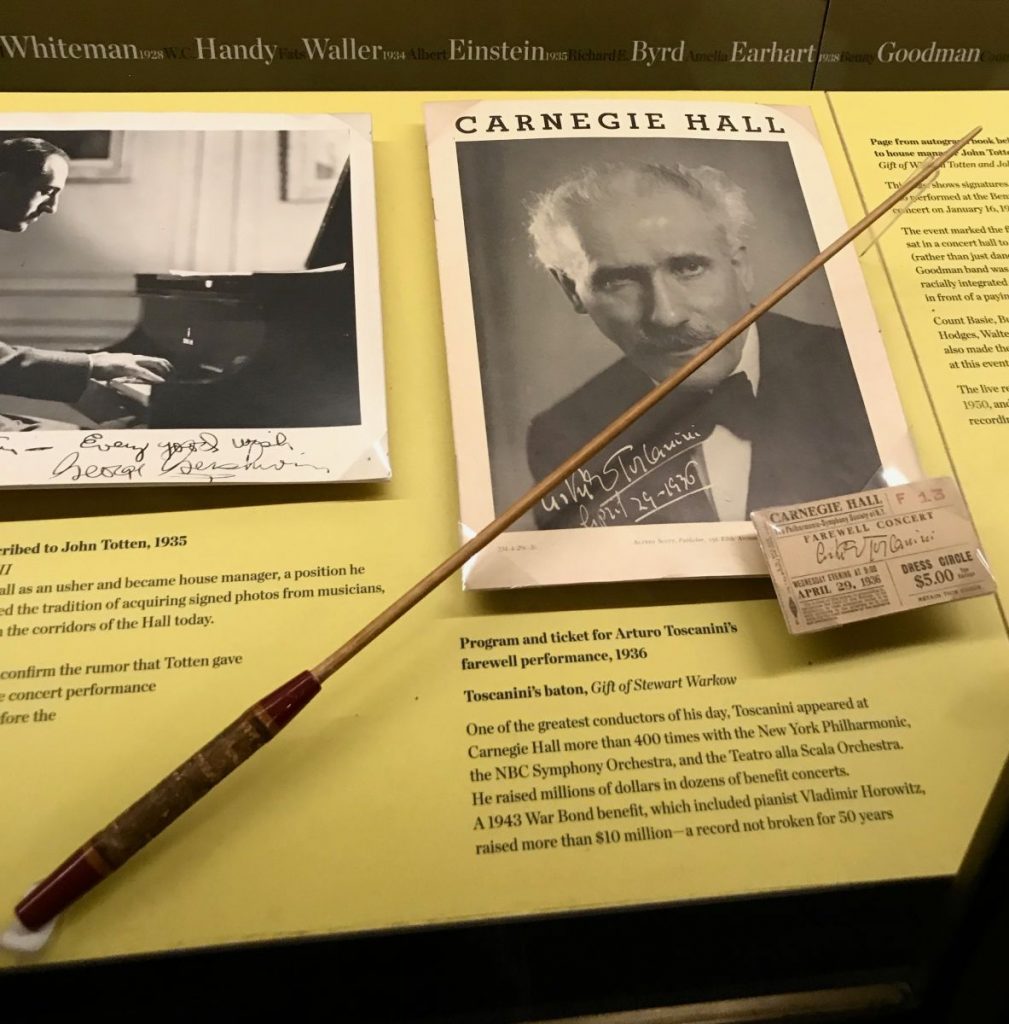 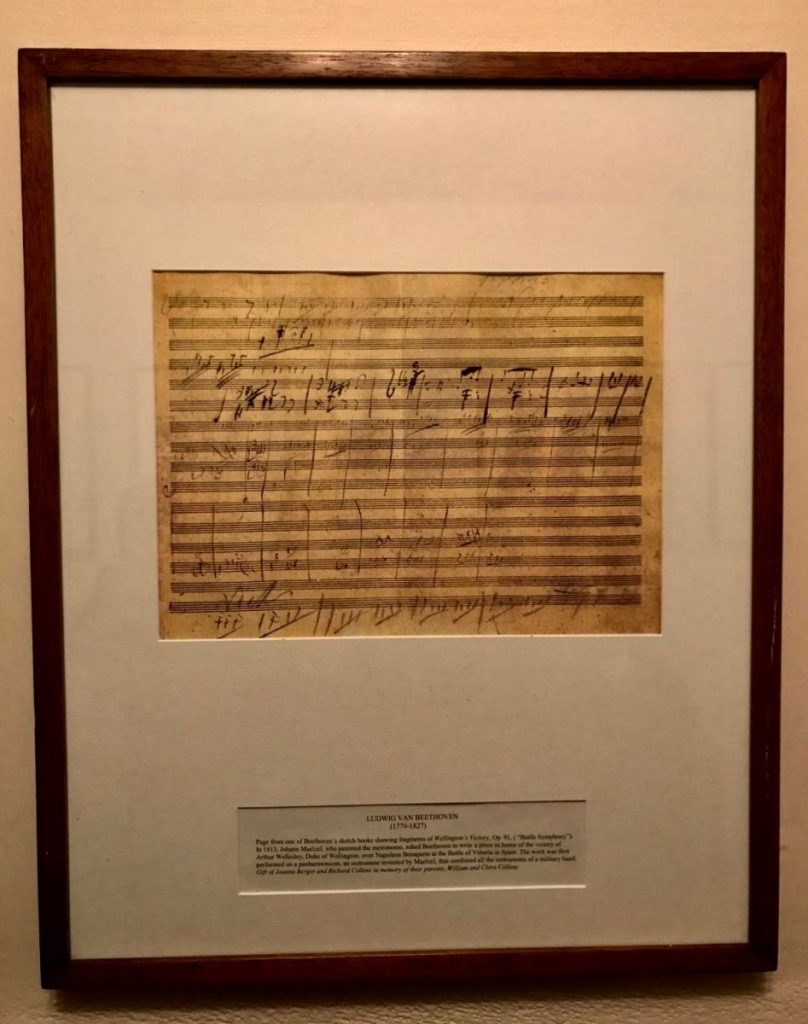 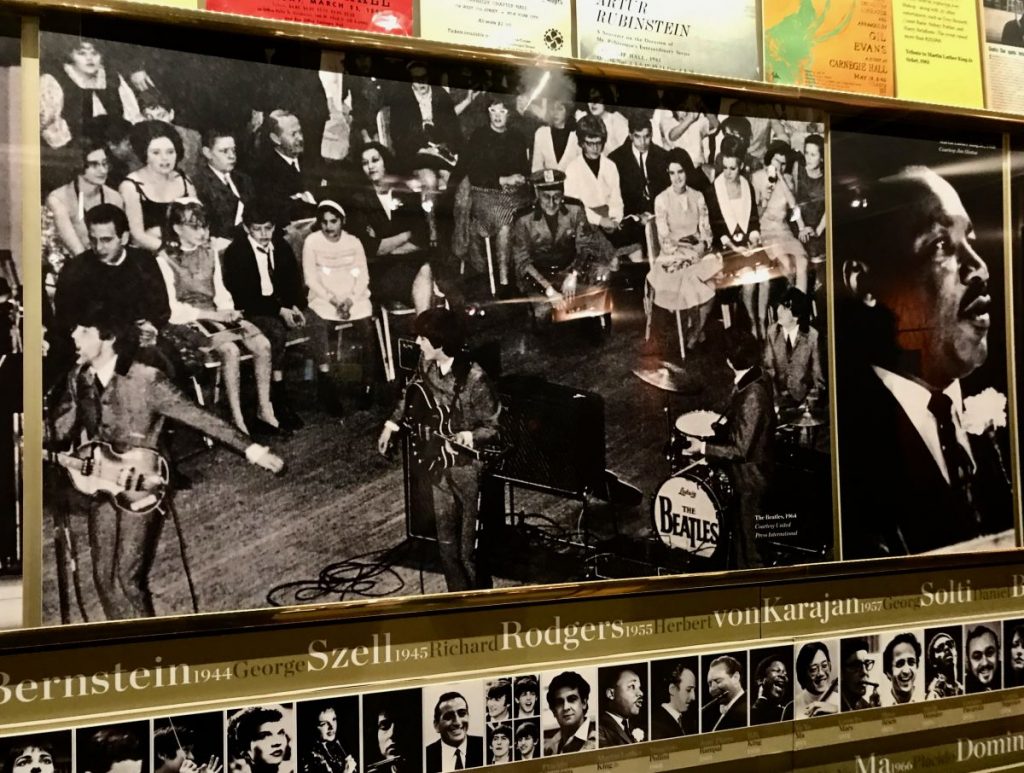 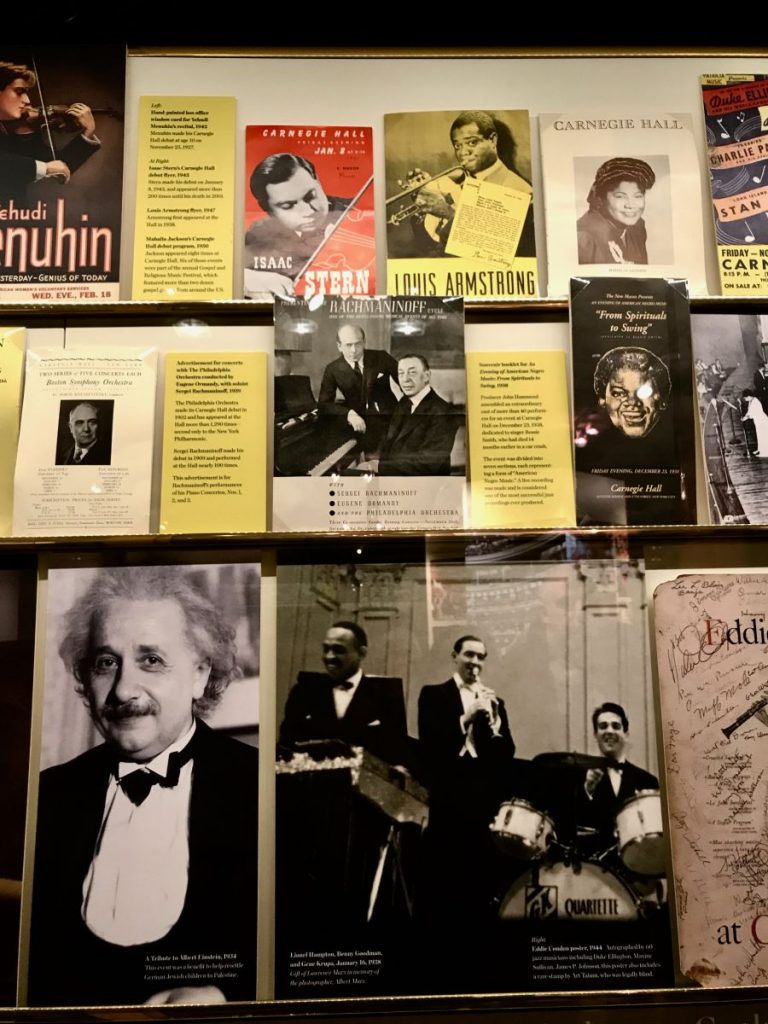 The guided tour of the Carnegie Hall follows the concert season, from mid-September until June, 6 days a week, in groups or personalized, only when the intense theater program allows it.

Admission by the main entrance located at 881, 7th Avenue, at the corner with 57th Street.

You can look up directly the official website of the Carnegie Hall for info about hours, dates, programs of the tour. Click here.

The guided tour lasts about an hour and it is itinerant. 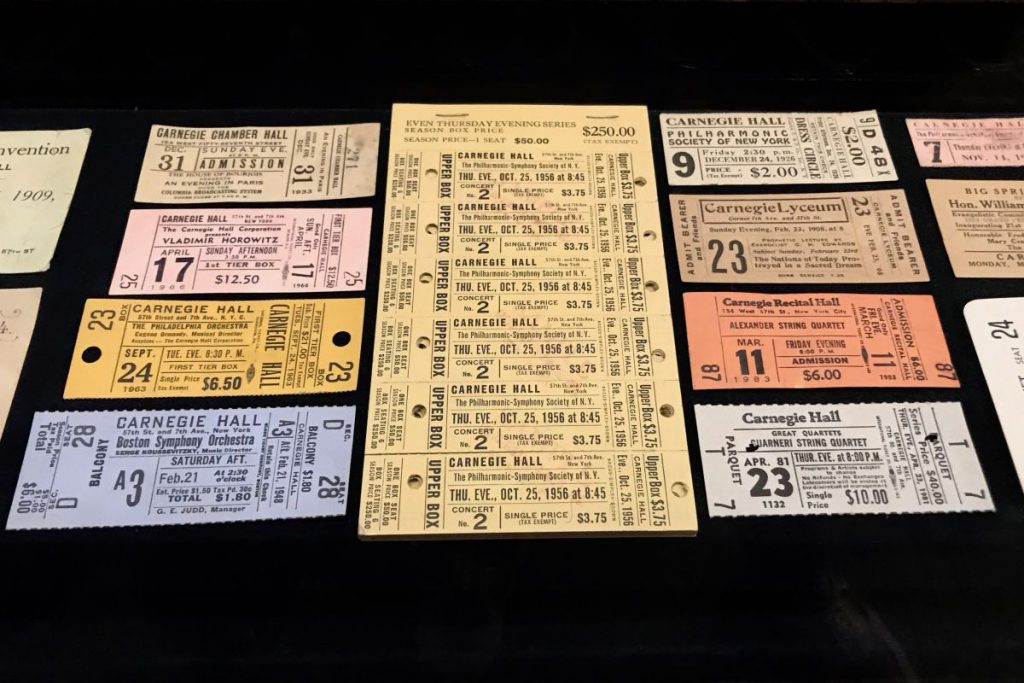 It is not possible to leave jackets or bags in the depot so it is recommended to show up – half an hour before the scheduled time, as suggested when booking – with no accessories and coats excessively big.