Visit Little Island, the new floating park in New York City on the Hudson River, opened on May 21st 2021. History, curious issues, info and tips to plan the tour. 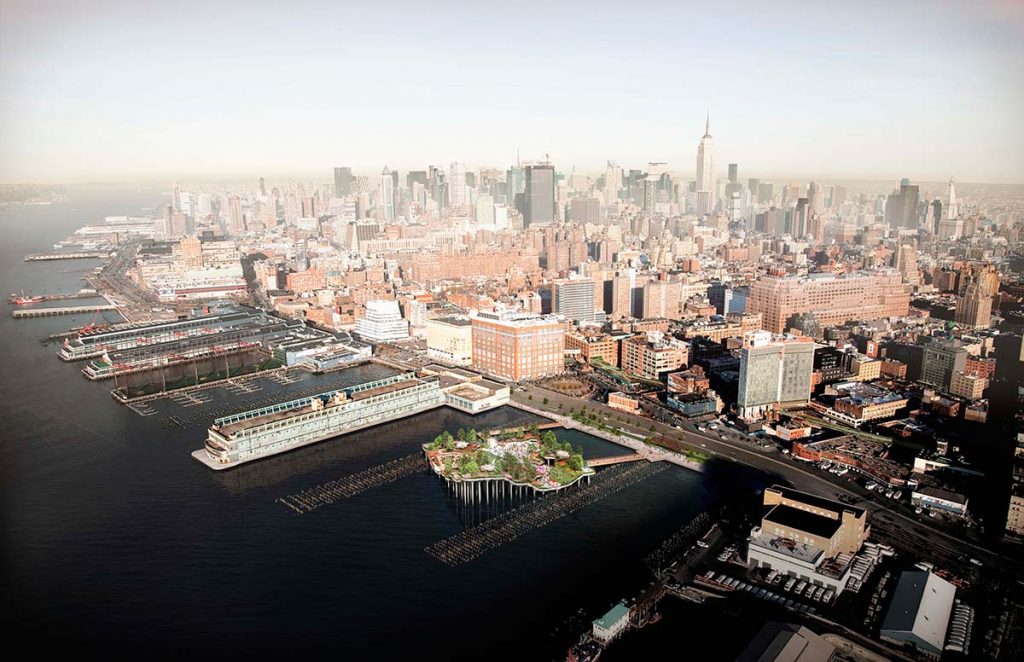 In 2013, the Diller-von Furstenberg Family Foundation – in partnership with the Hudson River Park Trust – decided to repair and make the historical Pier 54 and Pier 55 work again, seriously damaged by the Sandy Hurricane.

A winning idea which gave birth to a new and original public space for New York City. A one-of-a-kind and exciting experience of interaction between art and nature: Little Island.

Located in W 14th Street – at the border between the Meatpacking District and Chelsea in the area between the old Pier 54 and Pier 55, Little Island is one of the first new parks to open in New York City after the lockdown caused by Covid-19.

It’s a real floating park lying on 280 pylons where 132 concrete tulips open up on the top. Pylons mix with the pile driving of the old Pier, which was preserved in the best possible way, in order to keep alive at least a small part of the original structures,

On the top a wide terrace extends and it has three suggestive viewpoints on the city and on the Hudson River, and a variety of spaces to live and explore. 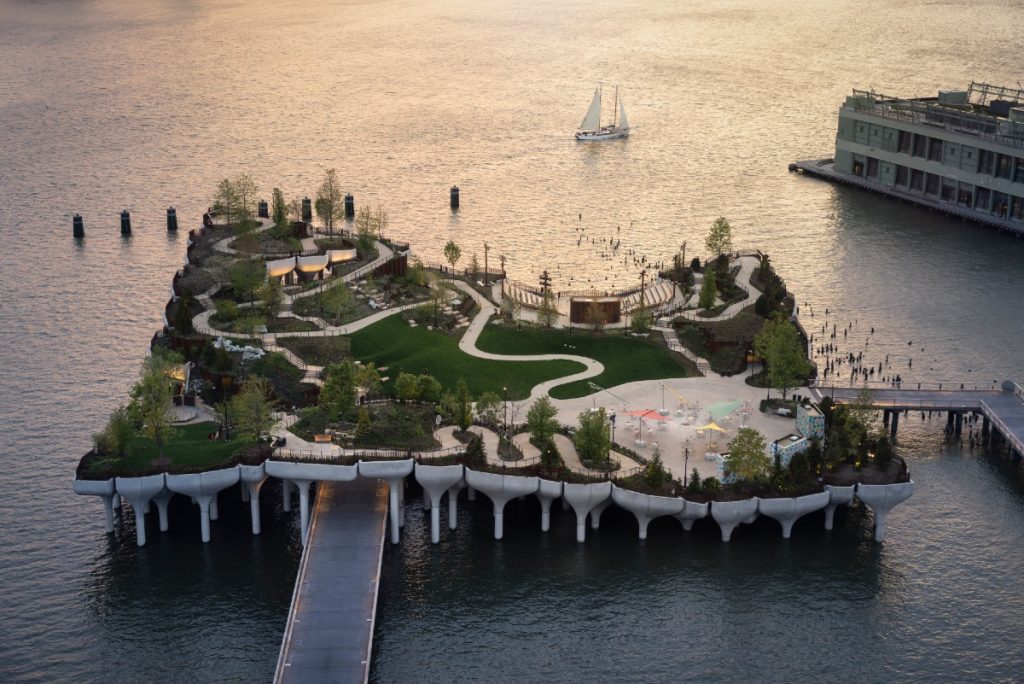 A large lawn – The Glade – with 350 species of flowers, 114 trees and an indefinite number of shrubs, a 687-seat amphitheater – The Amph – a Playground and a series of food and wine offerings (strictly by local producers).

The artistic and cultural schedule of Little Island already has a rich program.

Beginning in June, visitors can take part into events primarily free or low-cost, theater performances, musicals, shows, programming for families with children and much more.

Find here any useful info about the shows scheduled – with dates and hours.

“I hope Little Island will serve as a whimsical oasis for everyone who visits,

a place to wander around and be happily surprised at every turn, to lounge and graze the landscape,

and to be entertained, educated and stimulated by our programming.”

Visit Little Island, the new floating park in New York: the history of Pier 54 and of the other piers in the nearby

Once the area to the north of Gansevoort Street was known as “Luxury Liner Row”.

The piers in this area were built for the Cunard Line and the White Star Line, the two most important English maritime companies which ran the traffic of the luxury liners working at the beginning of the Twentieth Century.

The history links the memory of these piers to some of the most famous disasters at sea of the 1900s.

The survivors of the RMS Titanic rescued by the RMS Carpathia in 1912 arrived right to Pier 54. Three years later, the RMS Lusitania left from this same pier for its last voyage before being sunk by a U-20 German submarine offshore the Irish coast, an event which marked in fact the entry of the United States of America into the First World War.

And it’s near Pier 59 – always owned by the White Star Line – where the RMS Titanic should have arrived when it was sunk by the devastating collision with a massive iceberg on the night of April 15th 1912. 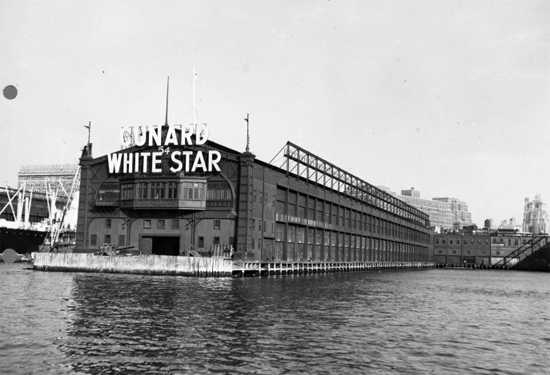 The park is opened daily 6am-1am. Until September 30th timed access tickets 12pm-8pm will be offered (limited access every 30 minutes).

The free tickets can be booked until 30 days in advance on the official website LittleIsland.org or directly at the entrance.

Owners of a ticket for a show/event scheduled inside Little Island will get the access to the park included, too.