Andy Warhol in the USA: the itinerary from Pittsburgh as far as New York. A journey discovering the places tied to the life, the education, the inspiration and the works of the great and versatile American artist, among the major representatives – and founders – of the Pop Art. 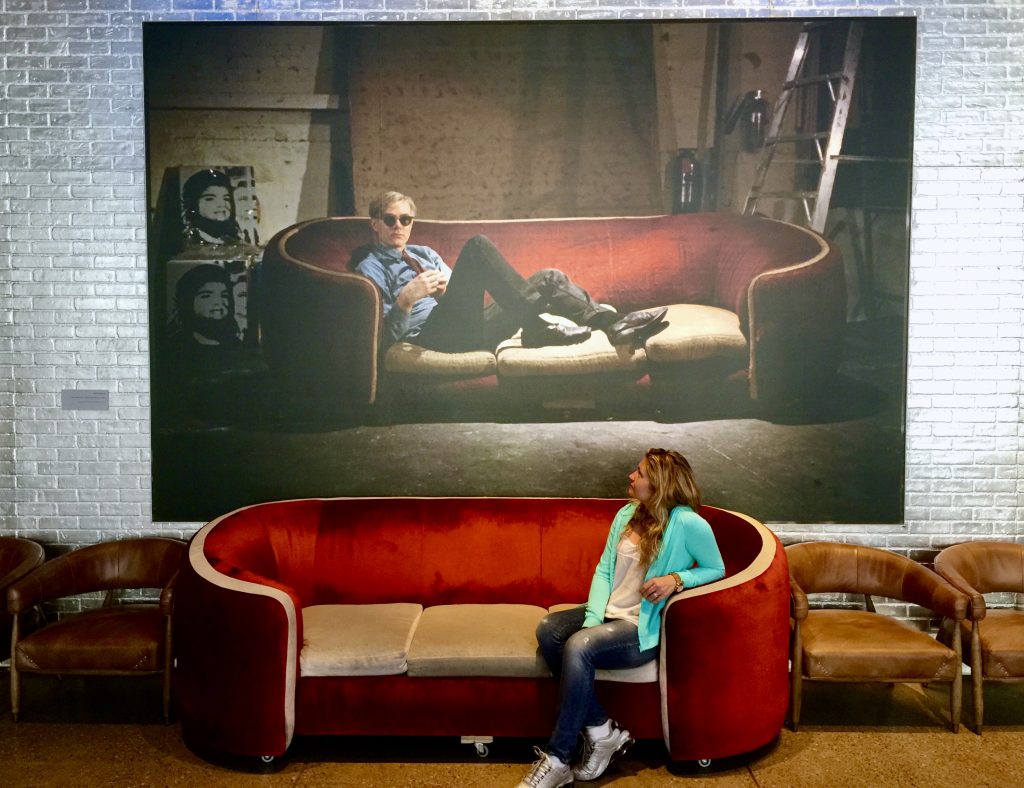 Travelling to America following in the footsteps, in the expressions and the places of his greatest narrators, collecting a series of unique and unforgettable experiences.

And I not refer only to the writers and the several literary itineraries, that sometimes turn also into film experiences.

I think about those artists that told us and made the United States recognizable to us thanks to the icons generated from their works – paintings, illustrations, drawings, even comics and silkscreens – and that then came to represent entire historical eras indelibly.

Artists and characters of the caliber of Edward Hopper –I already talked about him in the USA here widely – and the “very American” Norman Rockwell, creator of the “romantic realism” – I dedicated a detailed itinerary to him, please findit here.

Last but not least, Andy Warhol, restless and versatile artist, among the most representative figures of the major artistic American movements of the second half of the 1900s. First of all, “his” Pop Art. 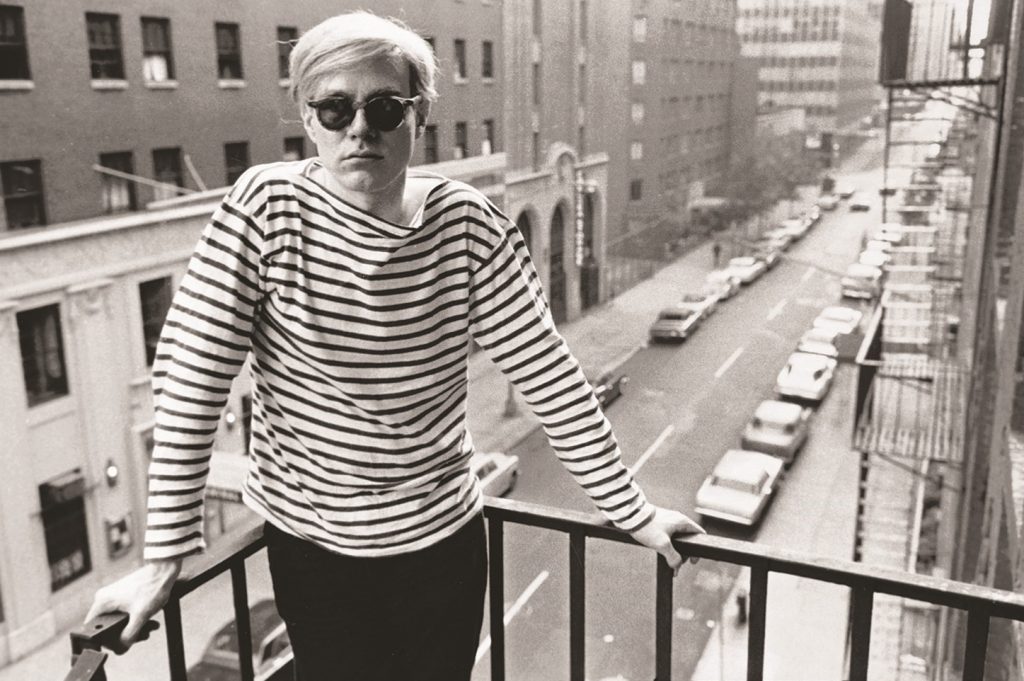 The Popular (then shortened in Pop) Art, born in the United States in the 1950s as expression (and denounce) of the contemporary consumer society.

A form of art accessible to everyone and for all, whose works – mostly photos, videos, re-elaborations of advertising images, printings, comics, jars, bottles, even creations in real time – are nothing but reproductions of objects and daily tendencies, isolated from their context and highlighted as mere commercial products. In the end – famous or not – everyone of us uses them.

A nice cue to start from to tell about another piece of America again.

From here the idea of this short itinerary, which will take you from Pittsburgh as far as New York through the most important stages of the artistic and professional path of Andy Warhol. 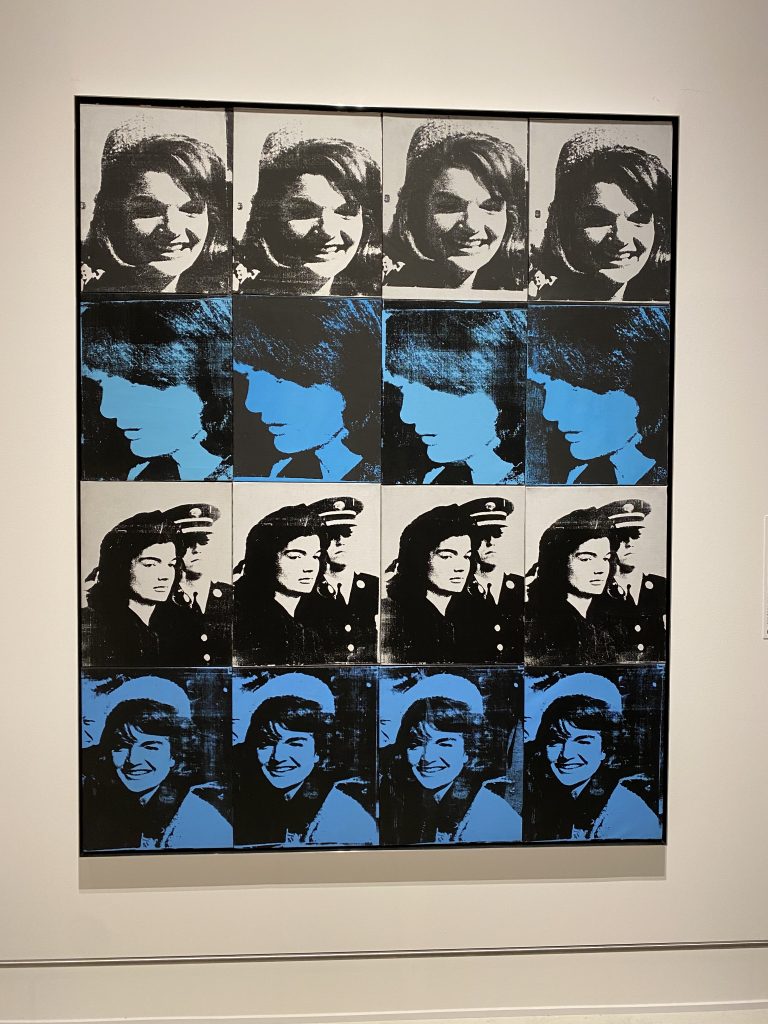 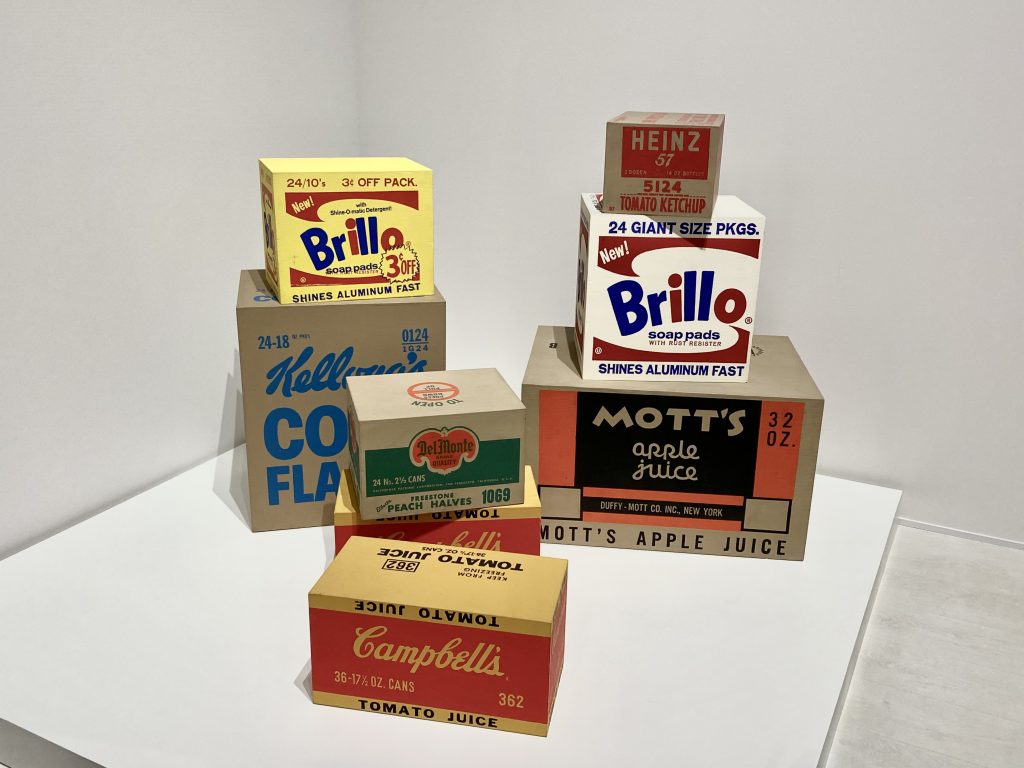 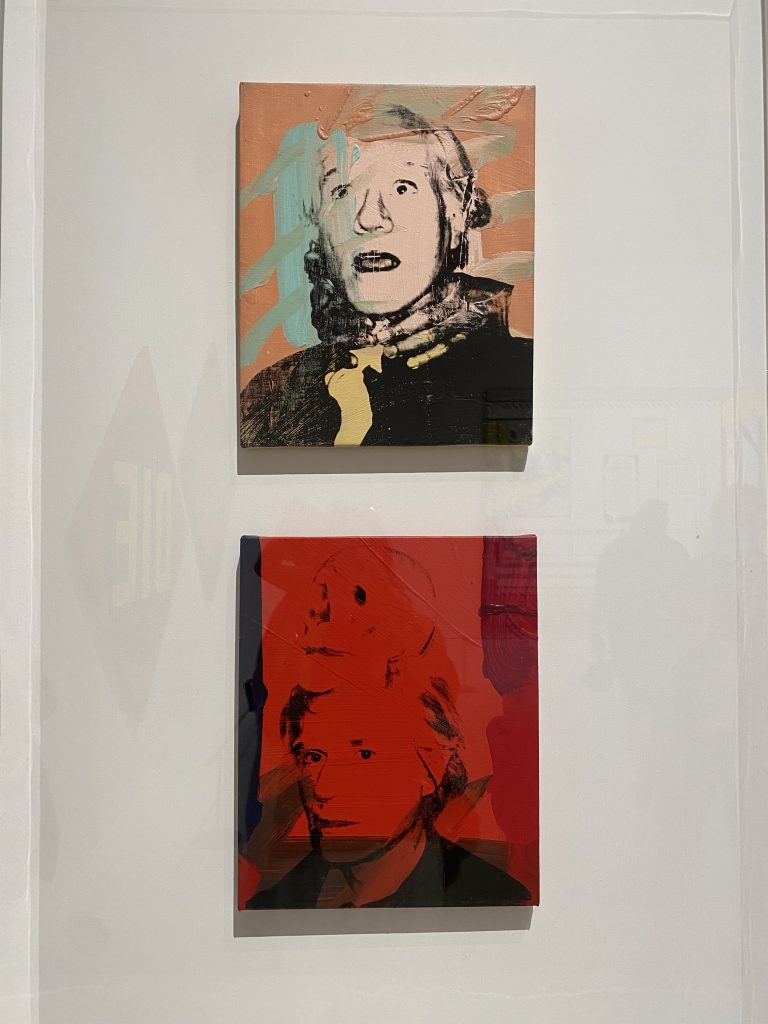 “If you want to know all about Andy Warhol, just look at the surface of my paintings and films and me, there I am.

There’s nothing behind it.”

Andy Warhol was born in a two rooms apartment at 73, Orr Street, West Oakland, a working-class district in Pittsburgh, Pennsylvania, on August 6, 1928. The last of three children of a couple of modest Slovakian immigrants – Andrew (the original name was Ondrej, he changed it just after the arrival in the Unites States) Warhola and Júlia Justína Zavacká.

Since he was a child, Warhol – introverted, reserved and for nothing interested in socializing with the people of his age – showed a remarkable skill for art and drawing, so that he was able to enter the famous Carnegie Institute of Technology in Pittsburgh, that today is the Carnegie Mellon University.

So our journey cannot start but from Pittsburgh, leaving right from the Oakland Square Historic District – the historic heart of the Victorian row houses of the district where – changing several houses – Warhol grew up together with his siblings – as far as reaching then the heart of the town between the Golden Triangle and the Cultural District. 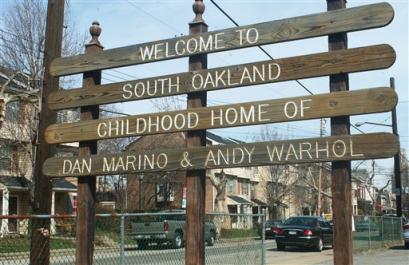 Andy Warhol in the USA: the itinerary, Pittsburgh, South Oakland

The following stage is The Warhol Museum on the North Shore, reachable also on foot from downtown thanks to a nice promenade through the Andy Warhol Bridge. 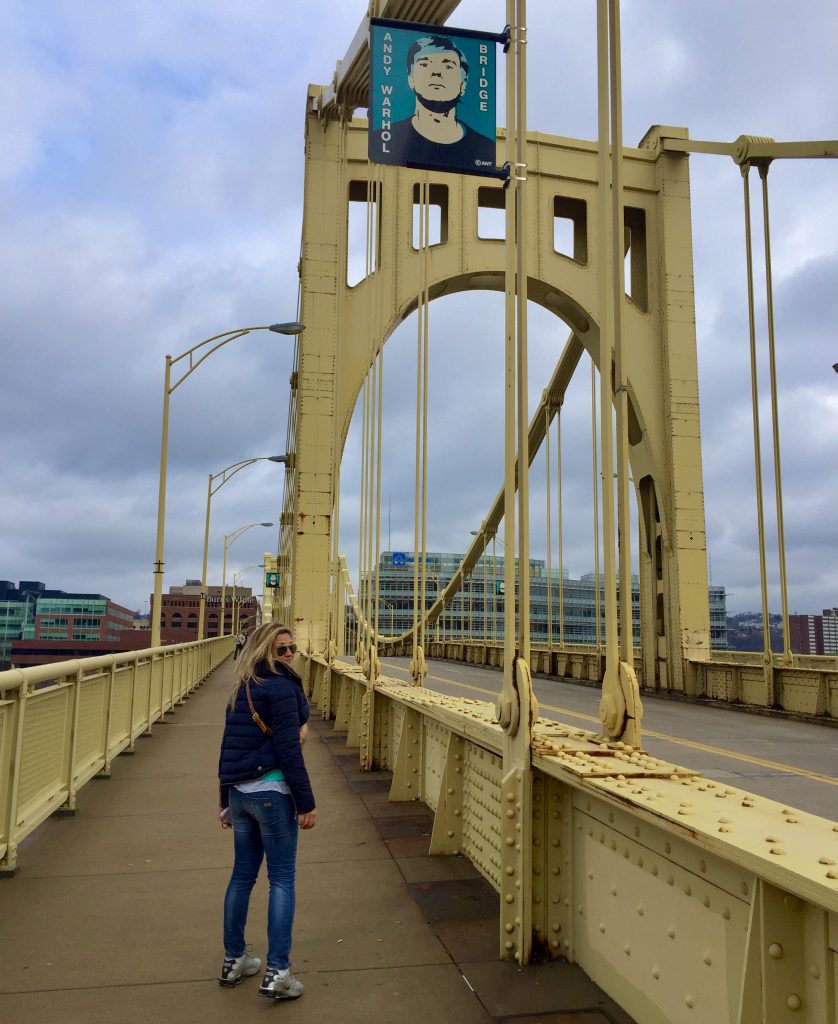 It’s the biggest museum in the United States dedicated to a single artist.

An exhibition set up in a huge former warehouse – of another (former) working-class district – turned into a stunning open space on more levels telling his artistic evolution from the beginning and really rich in details.

If you love the Pop Art – besides Warhol – or if you simply want to know more about him, this museum is for you. 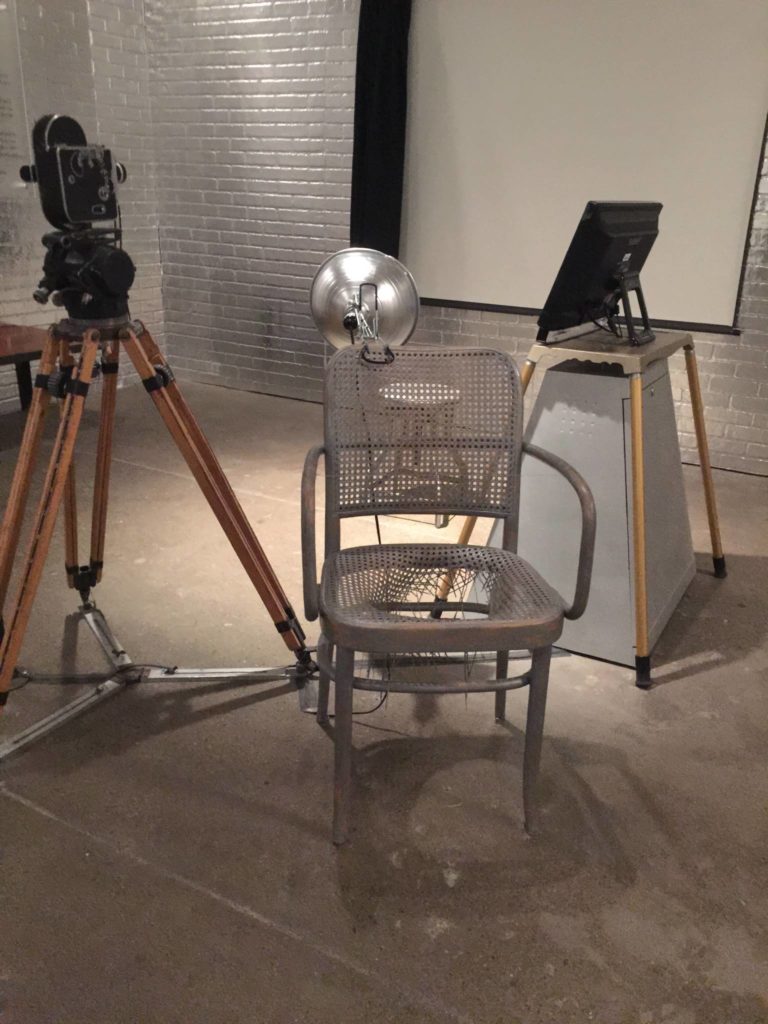 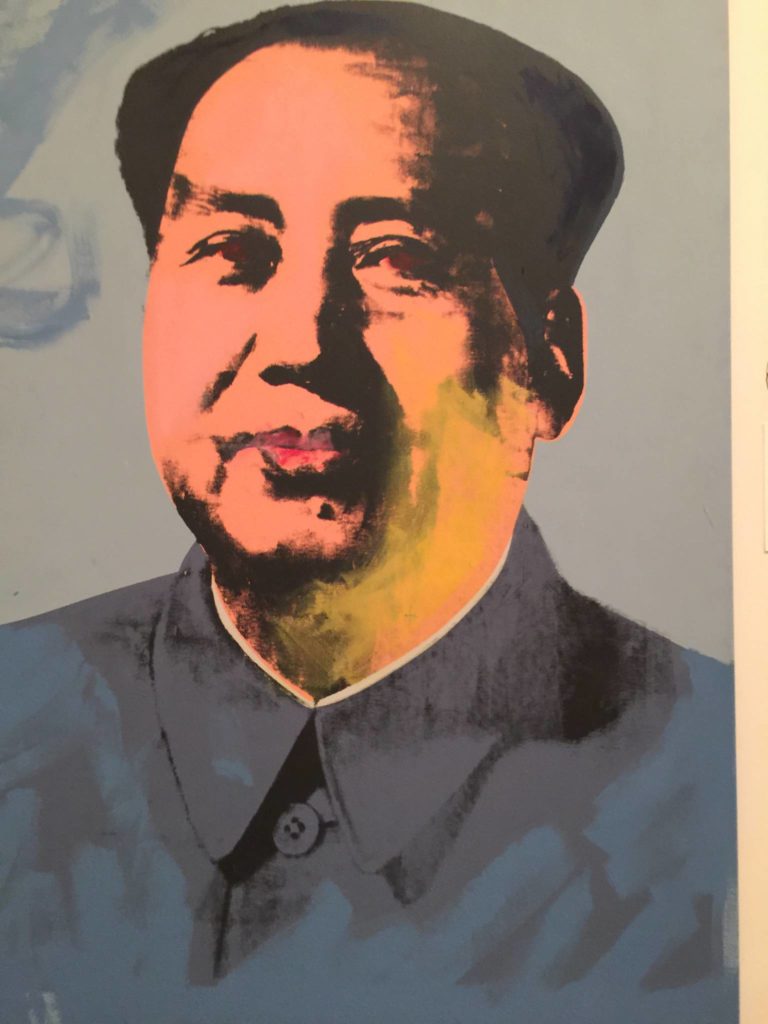 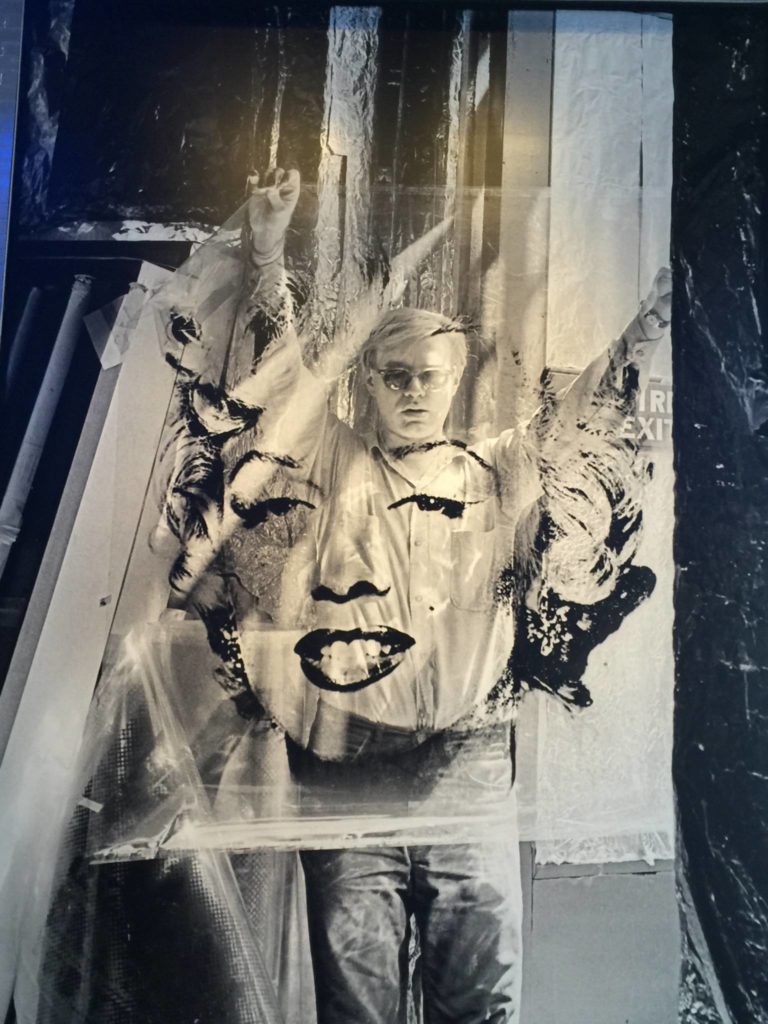 Organized on more levels, the exhibition gives a real slice of life both of the man and the artist thanks to photos, writings, works and unpublished installations, famous paintings, insides reconstructions, experimental movies (directed by Warhol himself, who was also director and actor) and original relics which belonged to the private Andy.

Please, find here a detailed report to deepen – and plan – The Warhol tour. 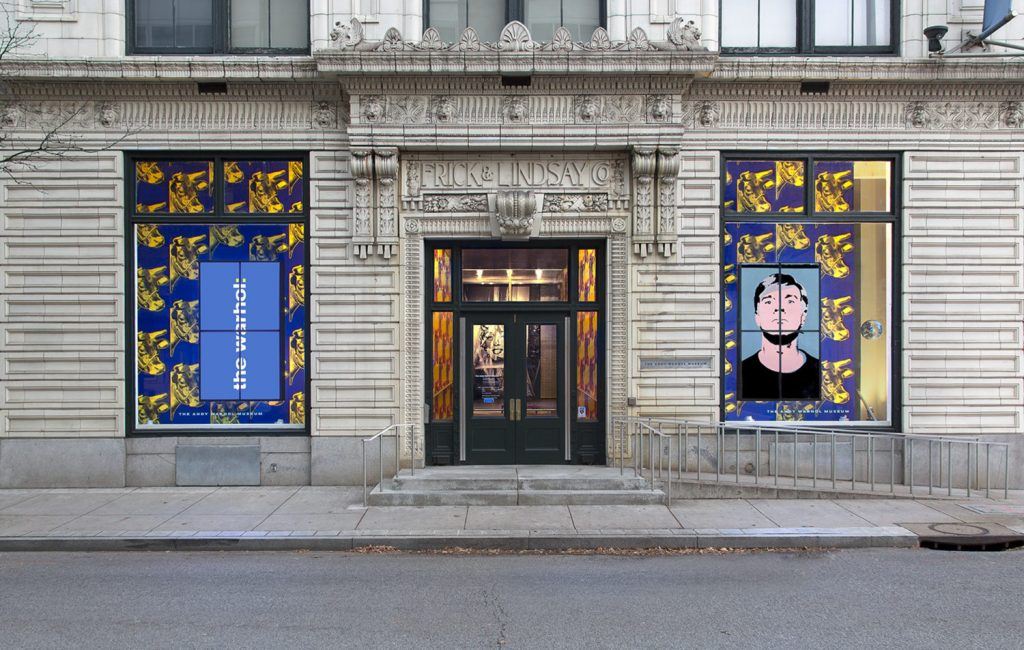 Andy Warhol in the USA: the itinerary, New York City

After graduating, in 1949 Andy moved to New York, the city which allowed him to succeed as an all-round artist. For him it was “home” more than any other place in the world, despite the attempted murder suffered on June 3, 1968 by one of the female visitor of his ‘Factories’, the feminist Valerie Solanas, who shot him while he was together with his companion of that time, Mario Amaya. 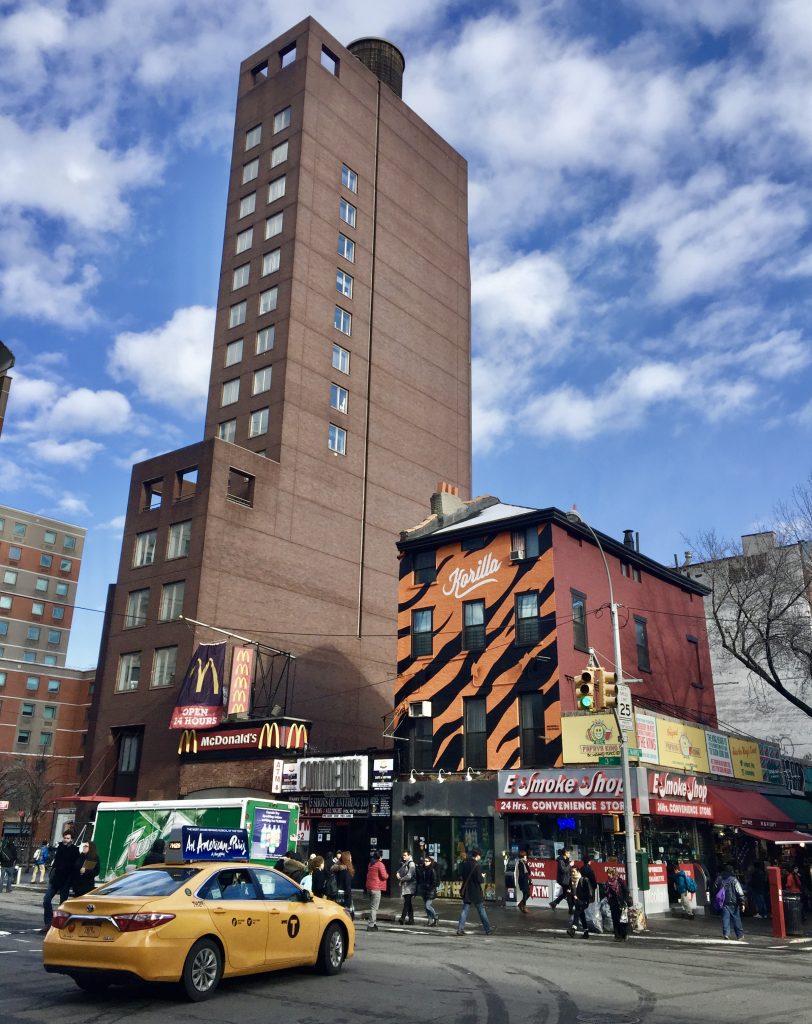 Andy Warhol in the USA: the itinerary, New York City

NYC is full of references about Warhol, his art and his “passage”.

Starting from MoMa, the Museum of Modern Art of New York, where inside there are many of his works.

Then keep going on with the night clubs frequented by Warhol and his staff. It’s impossible not to mention the STUDIO 54 – closed in 1980, today it hosts a Broadway theatre, at 55 West, 54th Street – or the Max’s Kansas City, closed in 1975, “the exact place where the Pop Art and the pop life joined together in the Sixties”, according to Andy himself. If you want to stop and take a photograph of the external façade of the building, you can find it at 213, Park Avenue South. 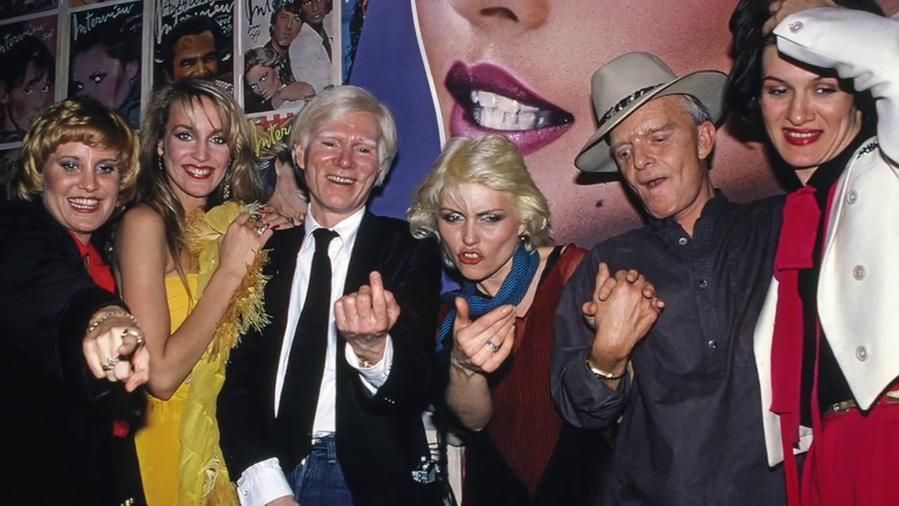 It deserves a mention the Serendipity 3, one of his favorite restaurants that became one of the many New Yorker pop icons following his constantly presence. Today it is still working and still deeply tied to his “passage”, located at 225, East 60th Street. And also the St. Vincent Ferrer Roman Catholic Church deserve a mention: it is the Church where he was used to stop to pray and listen to the Mass, at 869, Lexington Avenue. 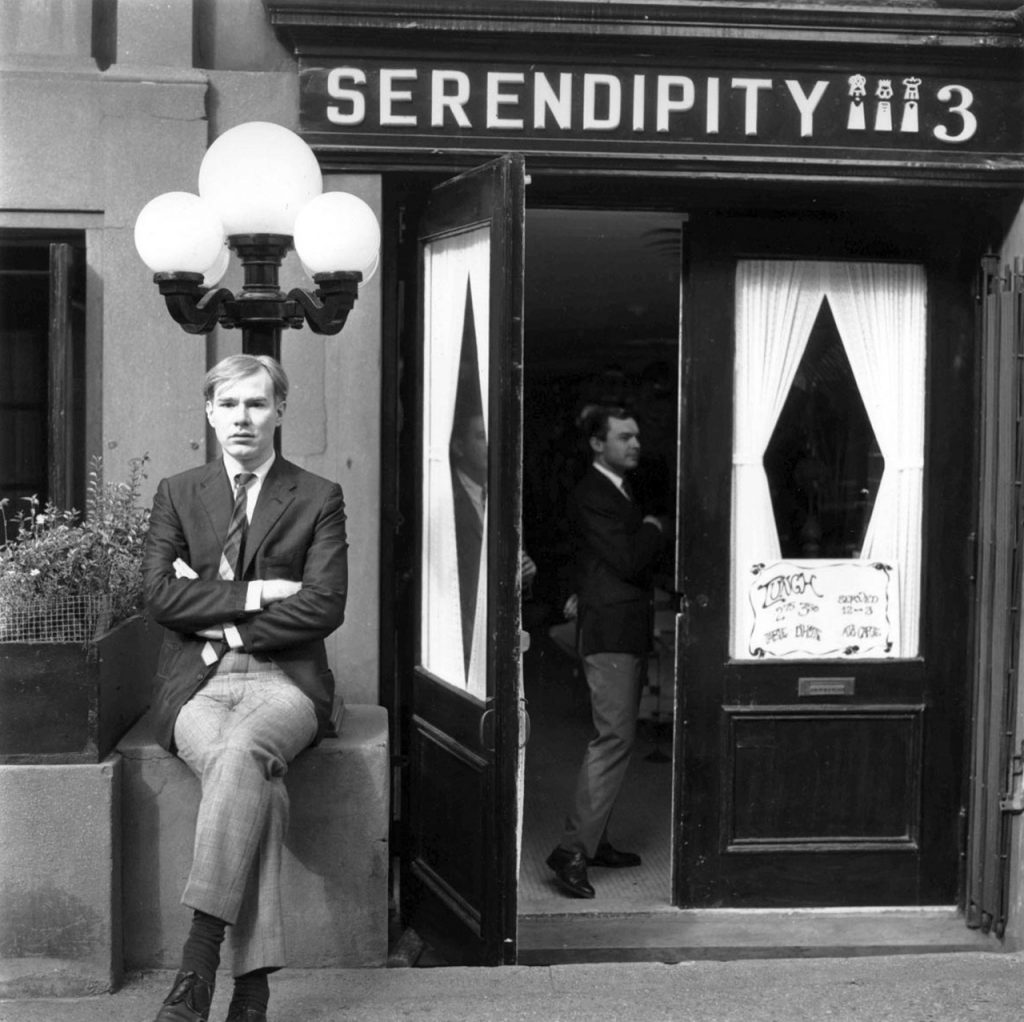 Eventually, the bohemian gathering par excellence of “lost” intellectuals, writers, painters and musicians of the old NYC between the 1960s and the 1980s: The Chelsea Hotel, where Warhol set up together with Nico and Edie Sedgwick the short film “Chelsea Girls”. You can find it at 222, 23rd Street West, between Seven and Eight Avenue.

Today, the entire building is in its final stage of restoration. 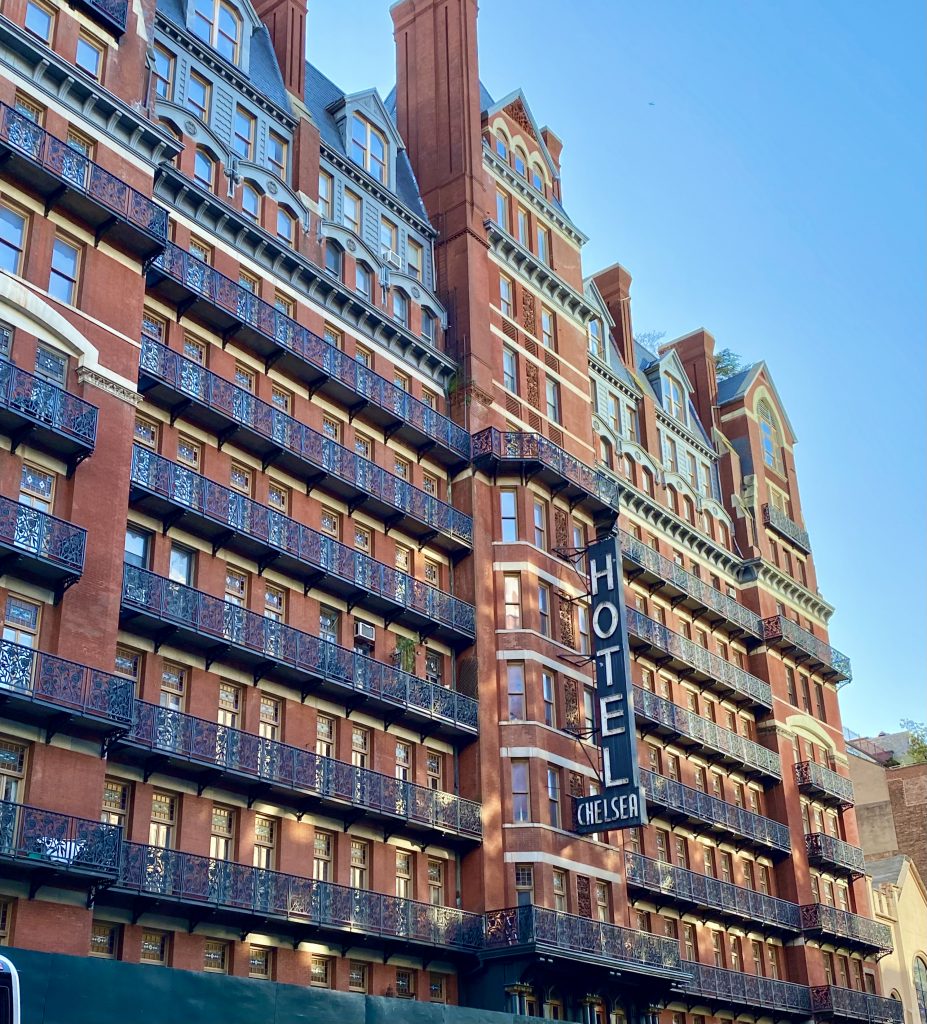 The Chelsea Hotel have represented a downright meeting point for every kind of artists and figures, so it became their home, a place of inspiration, recklessness, transgression, mysterious deaths and sexual expression (ante litteram) in every shape.

A real (and umpteenth for Warhol) icon.. pop icon of his time! 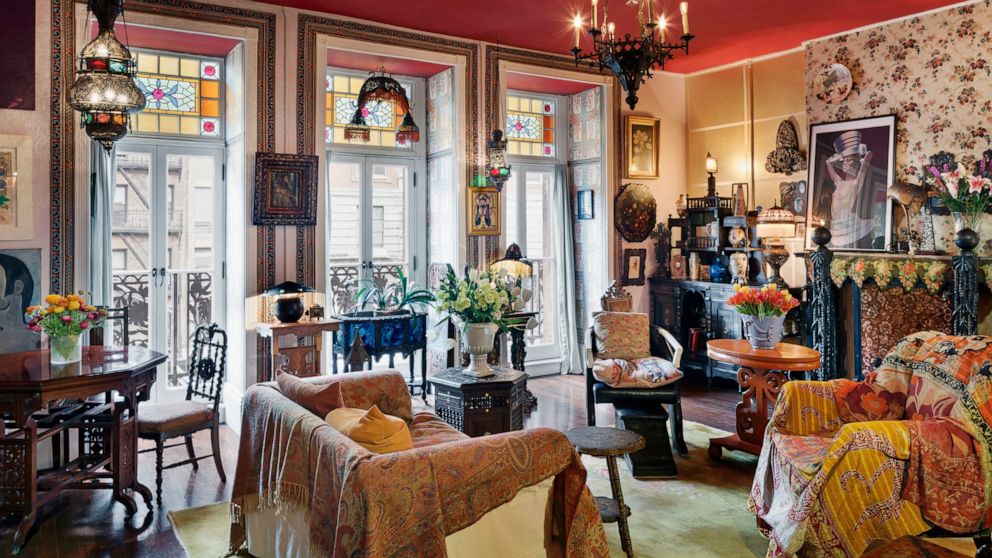 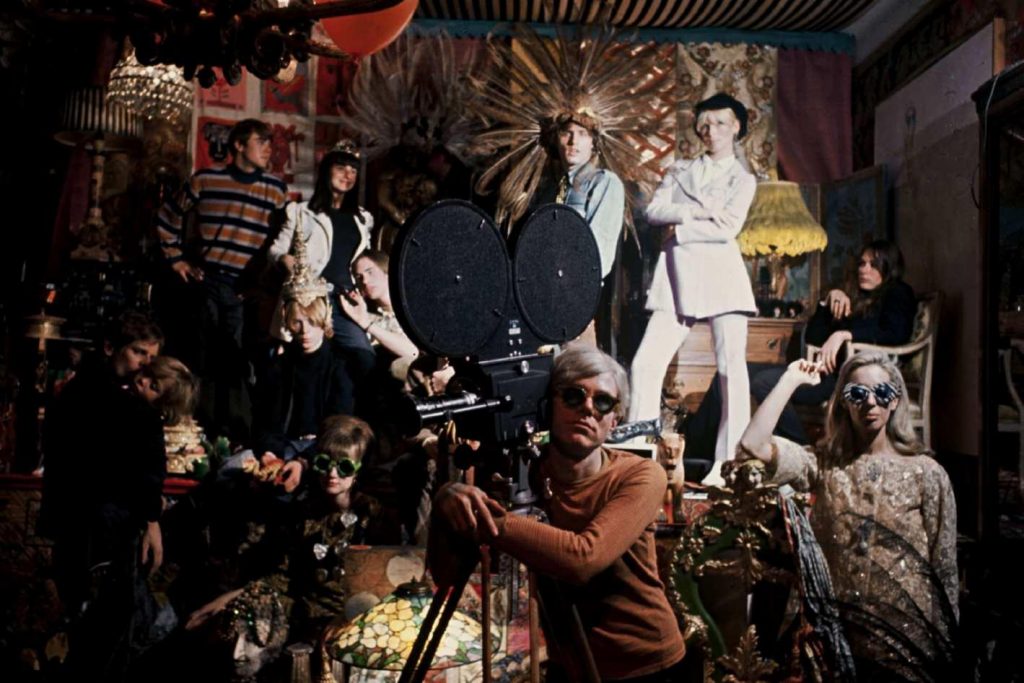 But the fame of Andy Warhol’s grew also thanks to his ‘Factories’.

I mean workshops and open spaces, meeting points for artists, musicians, freethinkers and celebrities (figures like Lou Reed, Bob Dylan, Truman Capote, Mick Jagger, Salvador Dali, Allen Ginsberg, sometimes sit for him or made an appearance in his short films), often used also for parties and events, spread a bit everywhere in the city, where he worked to his silkscreens for short and long periods, inspired and motivated by his original and variegated staff. 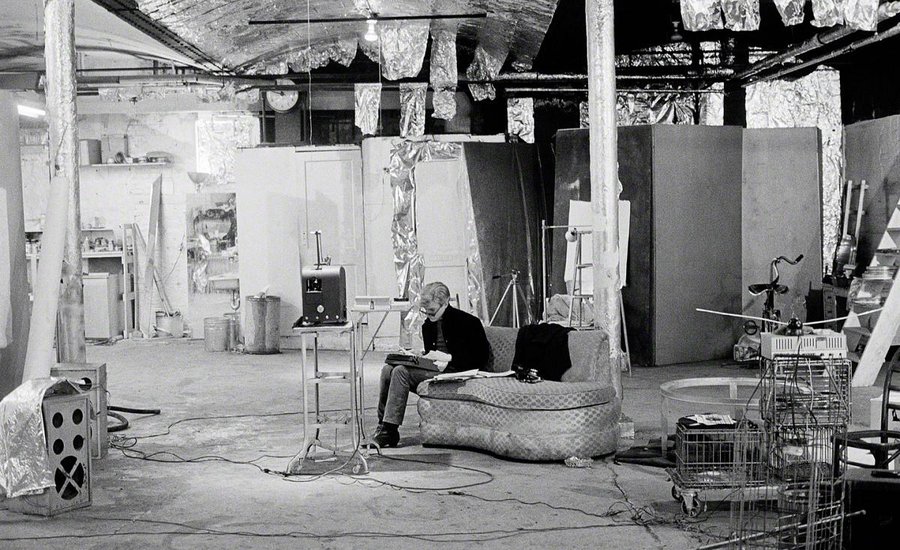 Andy Warhol in the USA: the itinerary, New York City, The Factory

“It wasn’t called The Factory for nothing. It was where the assembly line of the silkscreens happened.

While a person was making a silkscreen, somebody else would be filming an audition.

Every day something new.”

(John Cale about The Factory) 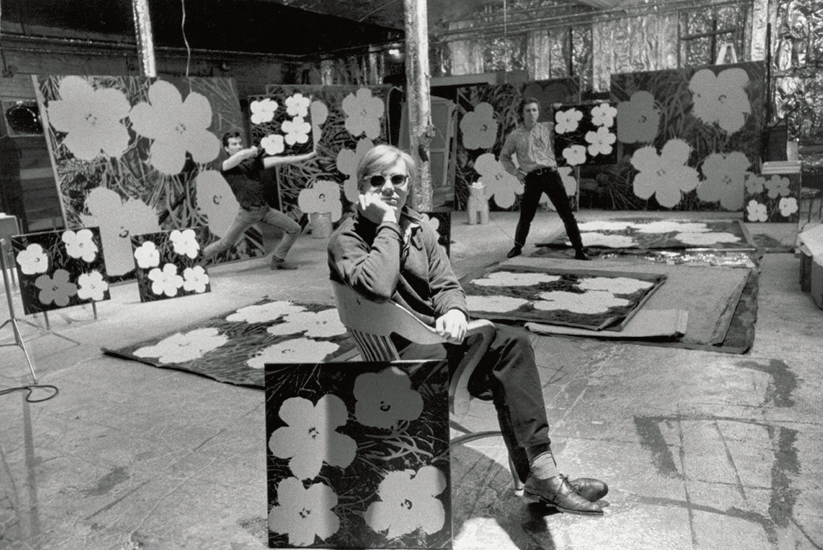 Andy Warhol in the USA: the itinerary, New York City, working at The Factory

Today many of these ‘Factories’ don’t exist anymore or have been turned into luxury apartments and offices. Find, please, down here a few ones with their addresses, besides the last two Warhol’s houses in the city in case you would deepen this subject. 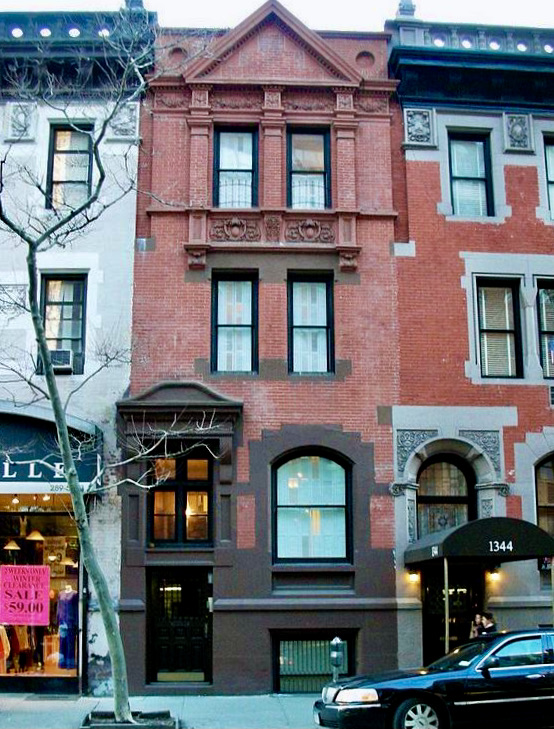 Andy Warhol in the USA: the itinerary, New York City, the house in Lexington Ave 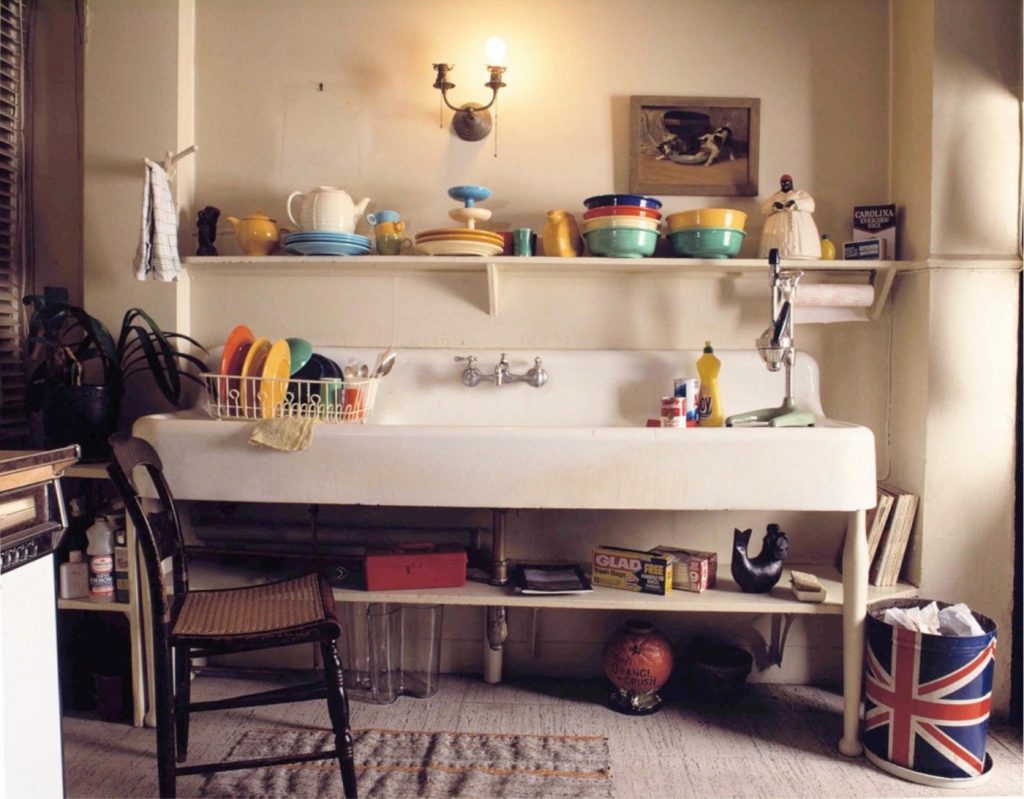 Andy Warhol in the USA: his grave in Bethel Park, Pennsylvania

Andy Warhol died in New York on February 22, 1987 when he was 58, following the consequences of a gallbladder surgery.

The funeral took place on February 26, 1987 at The Holy Spirit Byzantine Catholic Church in Pittsburgh.

Then his casket – according to his last will – was led to the St. John the Baptist Byzantine Catholic Cemetery in Bethel Park, a village 5 miles about southward Pittsburgh downtown. Here Warhol was buried near his parents – Julia and Andrej Warhola.

Nowadays, his grave is a place of pilgrimage for fans, people fond of and lovers of his art (and of his unconventional life) coming from all over the world. Usually it is covered by gifts like Campbell’s soup cans, Coca-Cola’s bottles, colorful glasses, flowers, drawings and even cakes.

The Cemetery is behind the subway station, line T Washington Junction.

The entrance is in Connor Road. Once inside, turn right and follow the path of the hill: you can find Warhol’s grave little further and it is signaled by the presence of a pole with a webcam, thanks to which the Andy Warhol Museum in Pittsburgh broadcasts live 24/7 on Earth Cam.

The project was named after (and it took the cue from) Figment-Fake, from a thought about death, made by Warhol himself only a few months before his own death. 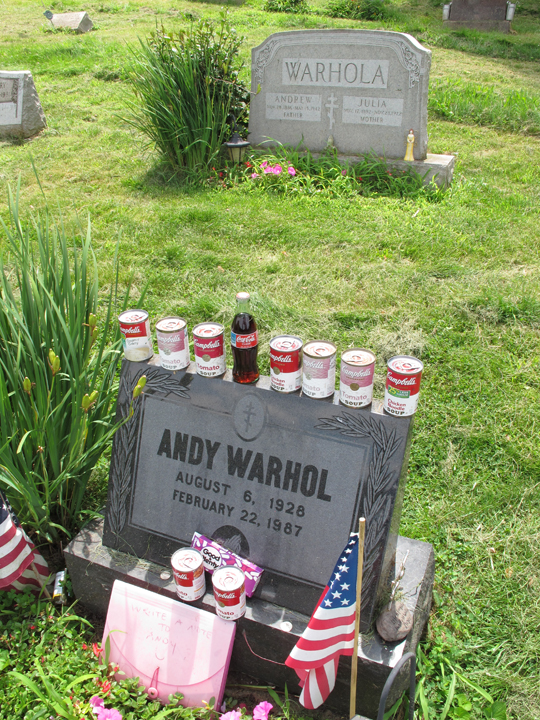 Andy Warhol in the USA: his grave in Bethel Park, Pennsylvania

“I always thought I’d like my own tombstone to be blank. No epitaph, and no name.