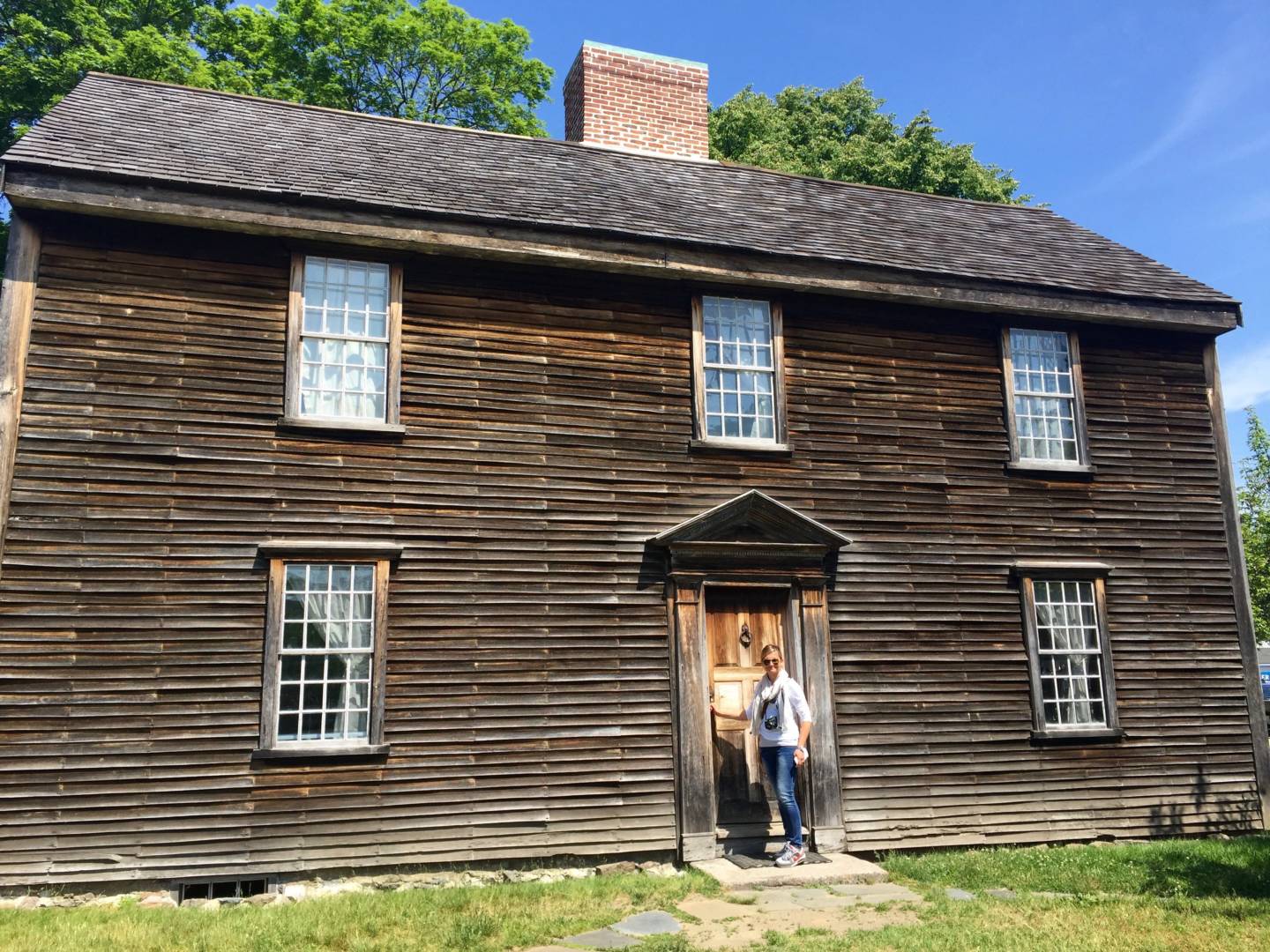 Boston and the neighbourhoods.

An infinity of places and paths to discover an area, in the state of Massachusetts, rich in history, culture, traditions, savors and nature. 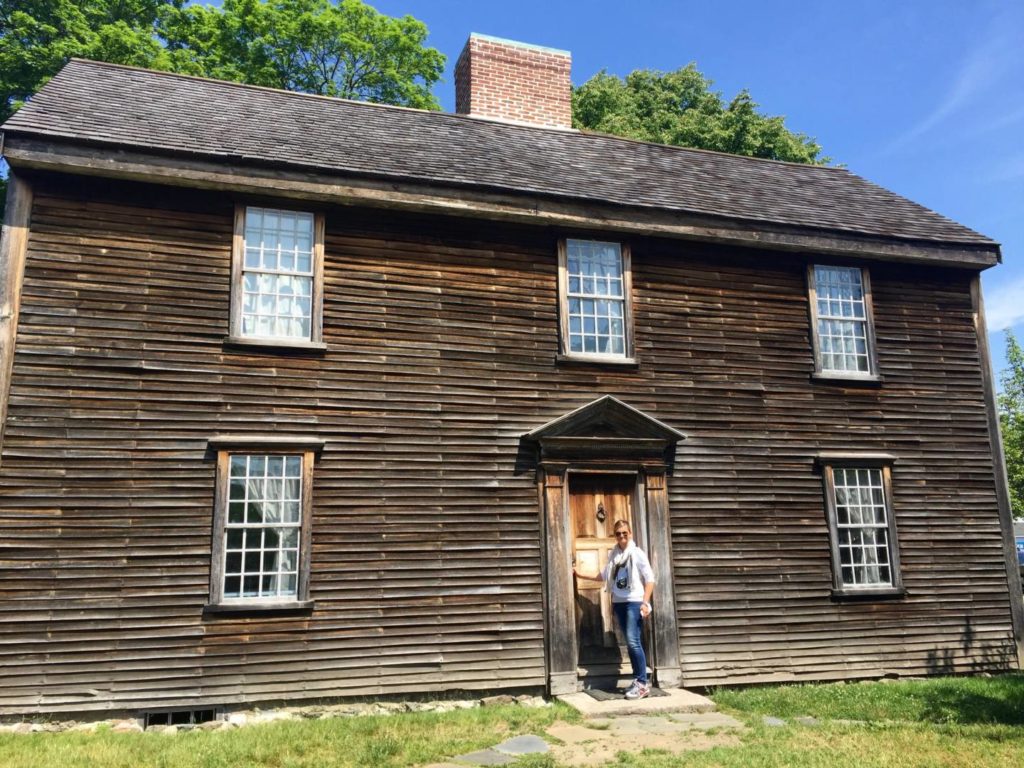 Quincy is a very ancient little city of the South Shore, about 16 km far from Boston. It was founded in 1625 by a “rebel” colonists community coming from Plymouth, but in all respects it became a city only at the end of 1700: it was named after Colonel John Quincy, a brave ancestor of two famous American presidents I will tell you about in a while. 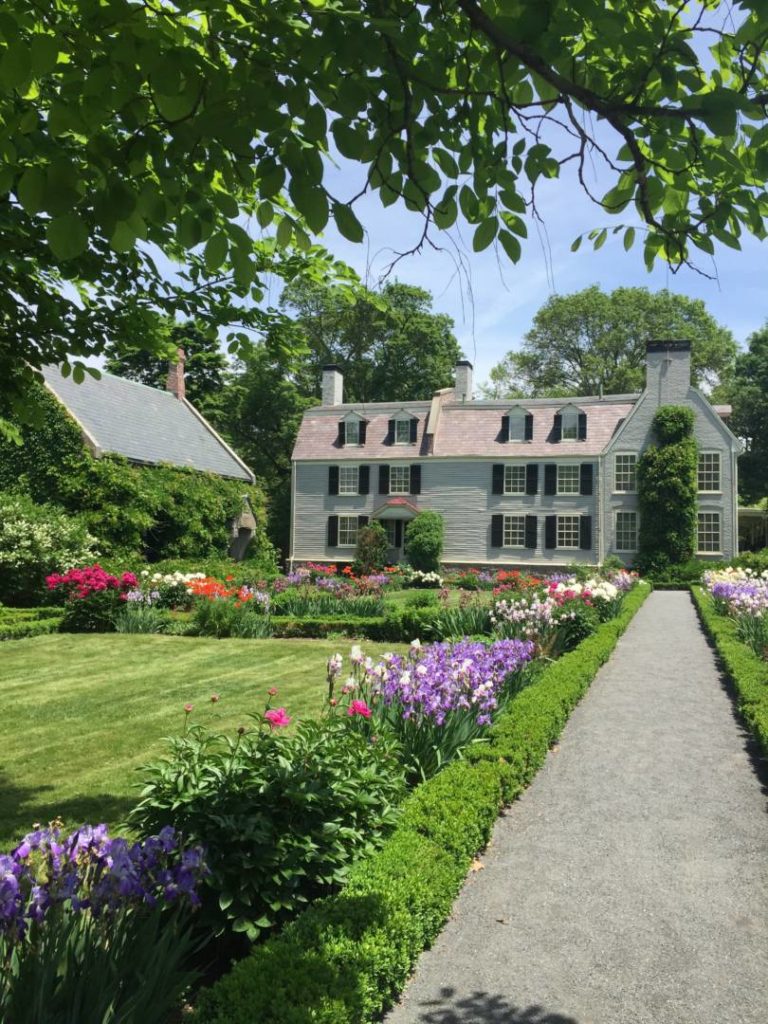 Its position makes it reachable by the capital of Massachusetts in a short time, both by car and by subway, by the red line the stop is Quincy Center.

It is also a very good starting point (my tip is to dedicate at least a couple of days to the whole area) to discover the Atlantic Coast: from the Quincy Bay to the suggestive Nantasket Beach, an amazing strip of land on the ocean separating the Hilly Bay from the Massachusetts Bay. 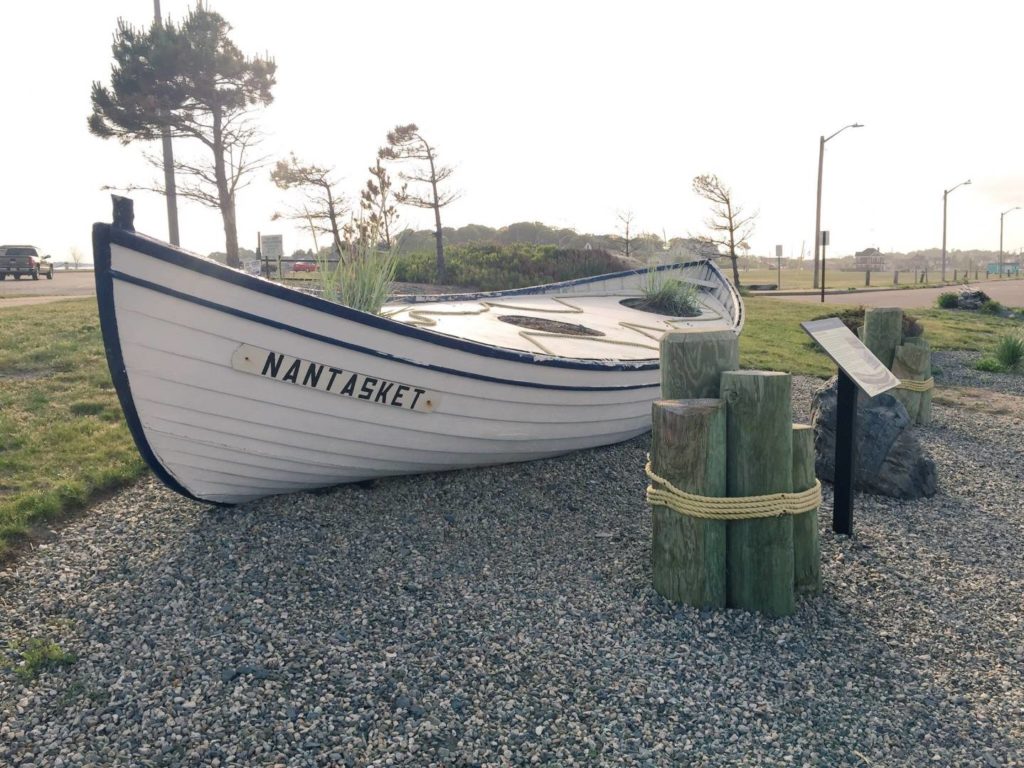 Boston and the neighbourhoods: Nantasket Beach

Boston and the neighborhood: Quincy, the “City of Presidents”

Quincy keeps one of the most original, charming and unusual American National Parks in the whole country: the Adams National Historical Park. 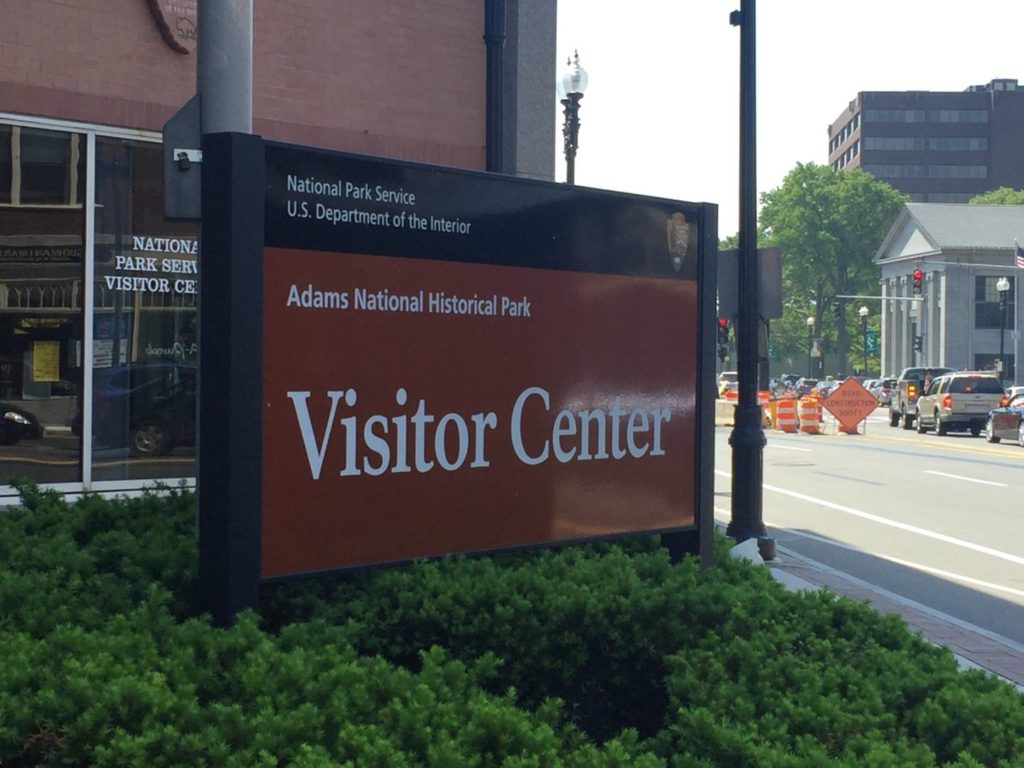 It’s a trail dedicated to the memory of two enlightened Presidents of the United States, John Adams and John Quincy Adams (the second and the sixth ones in temporal line, and even more curious thing, father and son), and of their two beloved First Ladies and wives, it’s not a coincidence that Quincy over time has got the nickname “The City of Presidents”.

Not to mention then the 4 generations of great ministers, writers, historians and lawyers, all strictly belonged to the Adams descent.

The trail is really surprising.

It starts from the Visitor Center (the entrance is few minutes far from the red line Quincy Central stop on foot) with a 20 minutes about video: by period actors the history, the anecdotes and the most important episodes of one of the most influential and loved American presidential families are told. 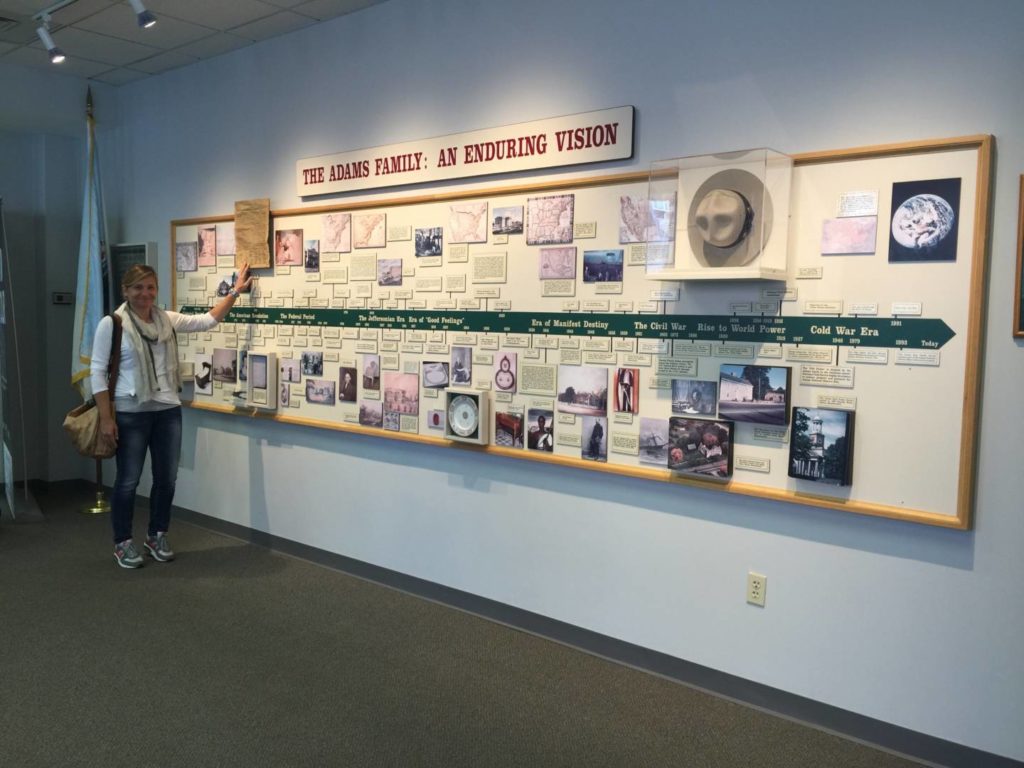 Boston and the neighborhoods: the Adams, events, characters and generations 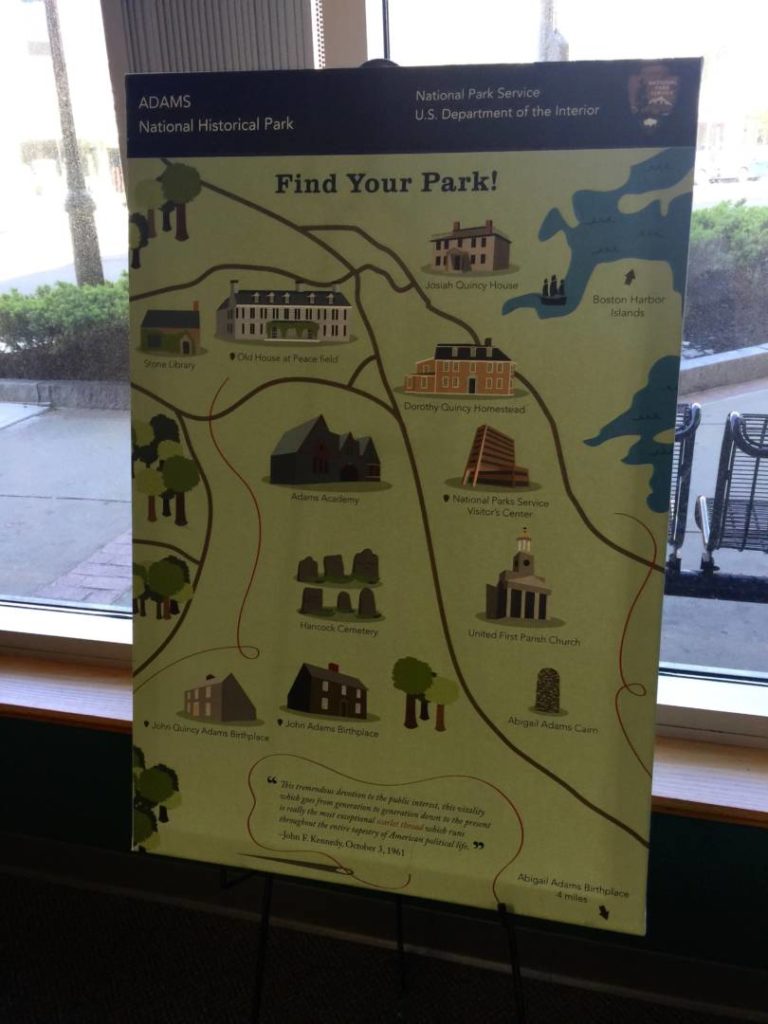 You think about the period, the life difficulties of a new born America, intolerant of the English control, so unlike the one we know today. You think about the revolutionary ideas coming to life in common men destined to mark an era and to indicate the path to follow to transform a simple colony of the New World into the United States of America.

in order to give their children a right to study Painting, Poetry and Music.

And then the tenacity, the willpower and the character of the family’s women – among all, Abigail Adams, John’s wife: they alone (their husbands were always travelling) were able to run farms, to face agricultural crisis, social commitments and also to raise and educate in the best way an important number of children.

If we do not lay out ourselves in the service of mankind whom should we serve? 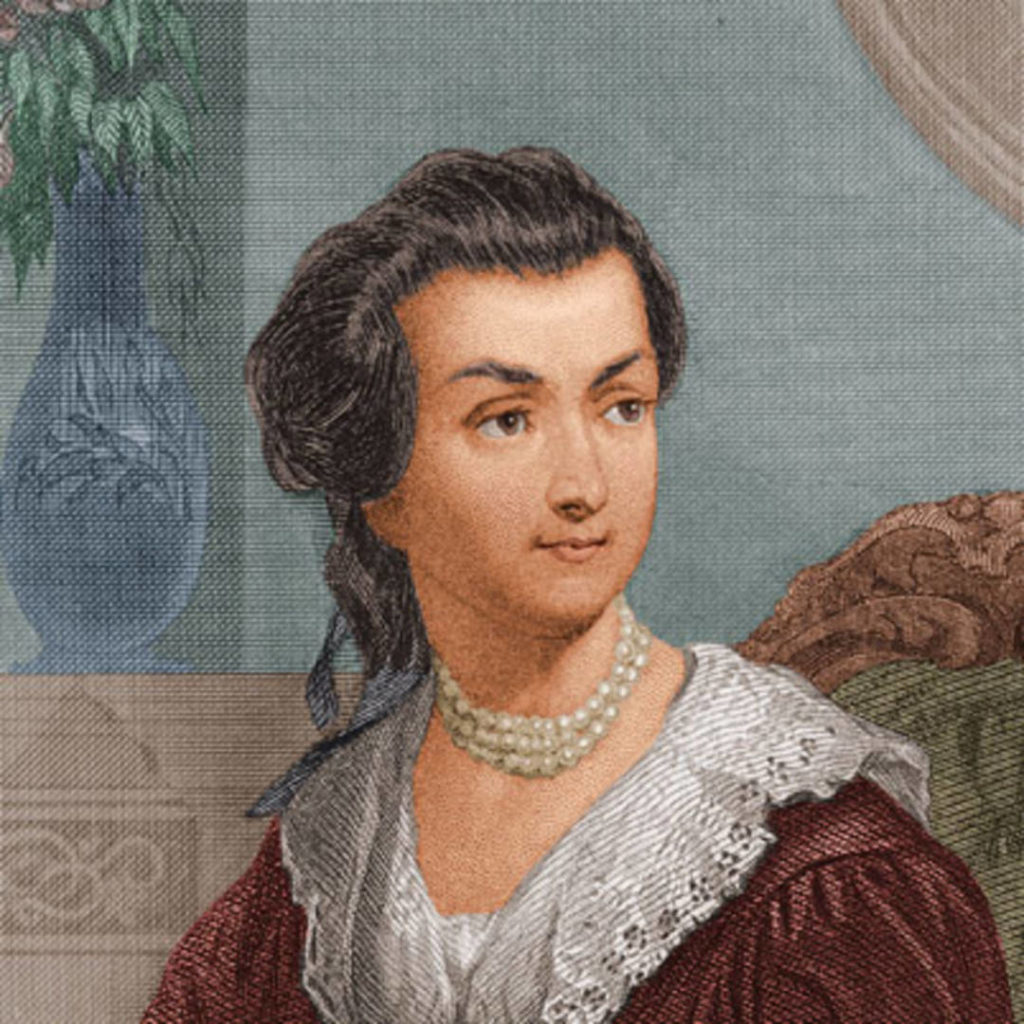 You think about all this in the idyllic nature frame of Massachusetts where the Fall colors with vermilion red and ochre yellow, the Winter covers with white the old wood sloping roofs houses, the Spring smells of field flowers and the Summer gives bright colors and long sunny days.

From the Visitor Center on board a trolley you reach first the two presidents’ homes (the most ancient by far) and at the next stop the Old House, a wonderful neo-classic style dwelling, with garden and library (the Stone Library where are kept even 14.000 ancient books): here 4 Adams generations lived and by here passed some of the most important characters of the American history. 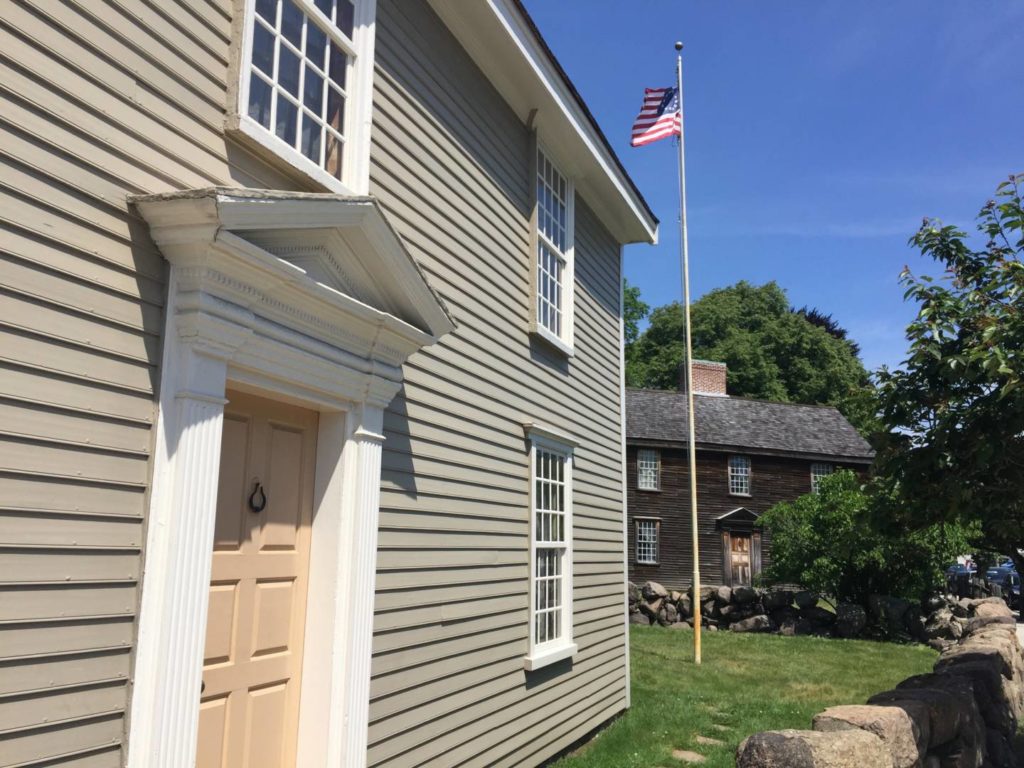 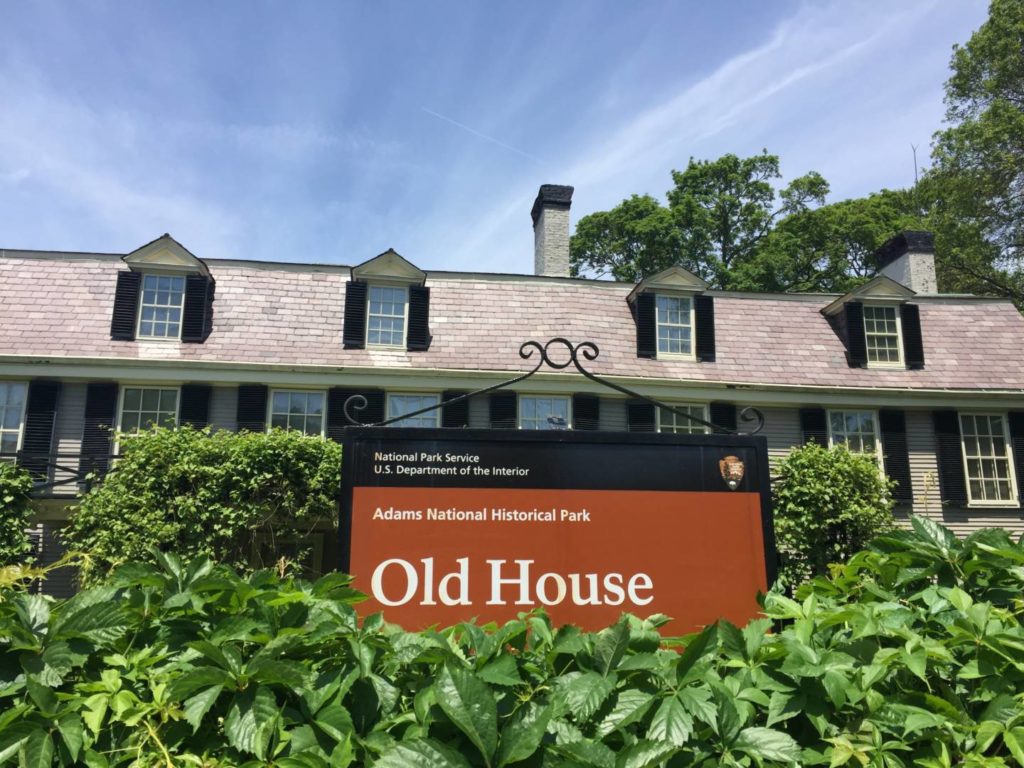 Boston and the neighborhoods: Old House 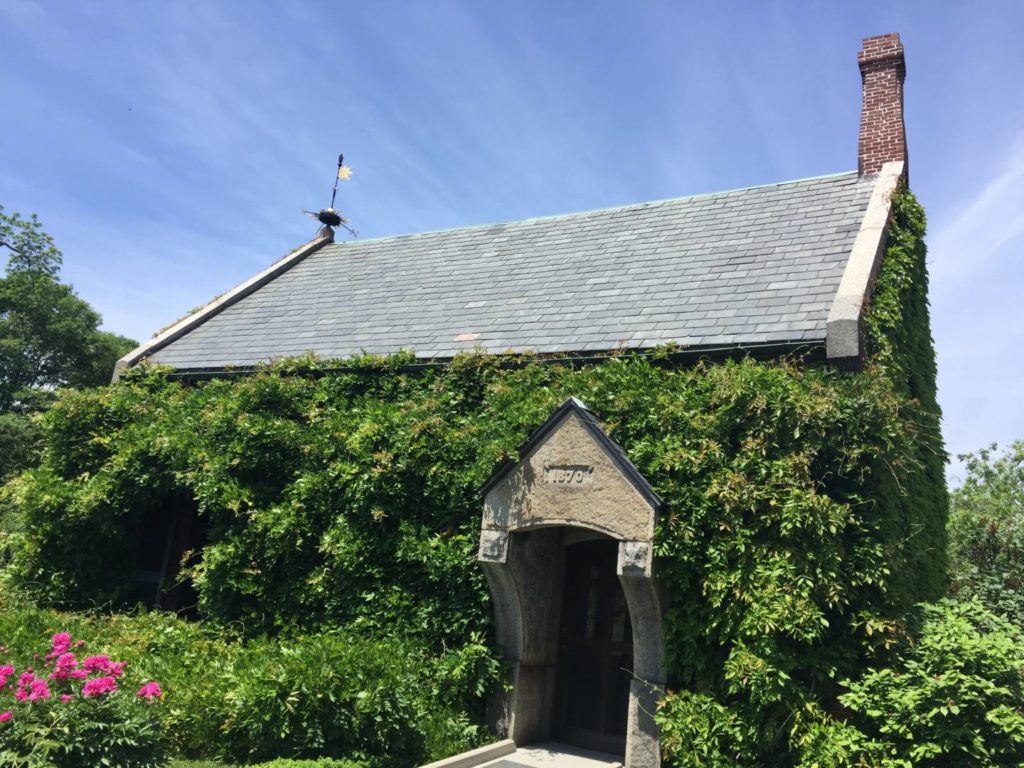 Boston and the neighborhoods: the Stone Library, Old House

John Adams was the first president to live in the White House and most of the furniture in the Old House is the original one bought for his inauguration in Washington.

Actually, the whole house (unfortunately due to the value and delicateness of the original furniture it’s not possible to take any photos) is a magic casket, a succession of objects related to famous men, curious events (did you know Jackie Kennedy unsuccessfully tried many times to get back the first Adams’ sitting room to the White house?) and still today mysterious events. 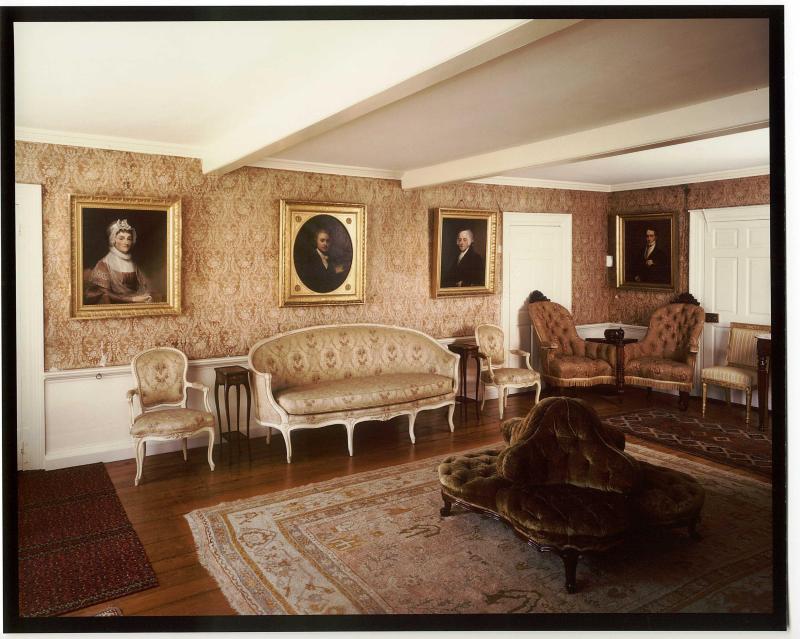 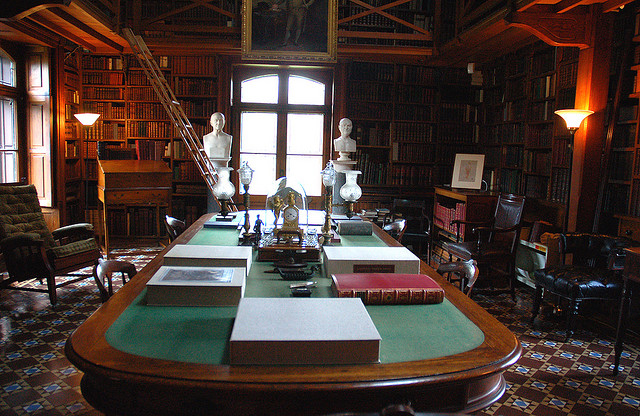 The last stop of the trolley takes back to the Visitor Center and the near Crypt of the United First Parish Church, where both the presidents with their First Ladies are buried. To book the tour (it lasts about half an hour) click here, it is forbidden to go down into the Crypt alone. 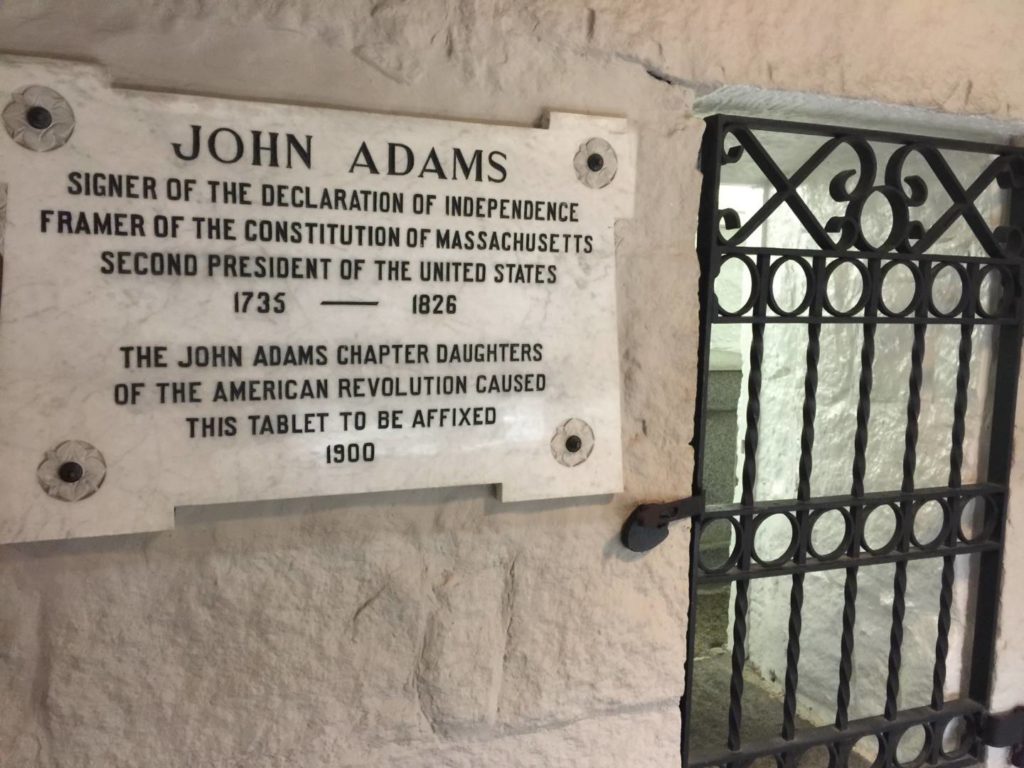 The Crypt of the United First Parish Church 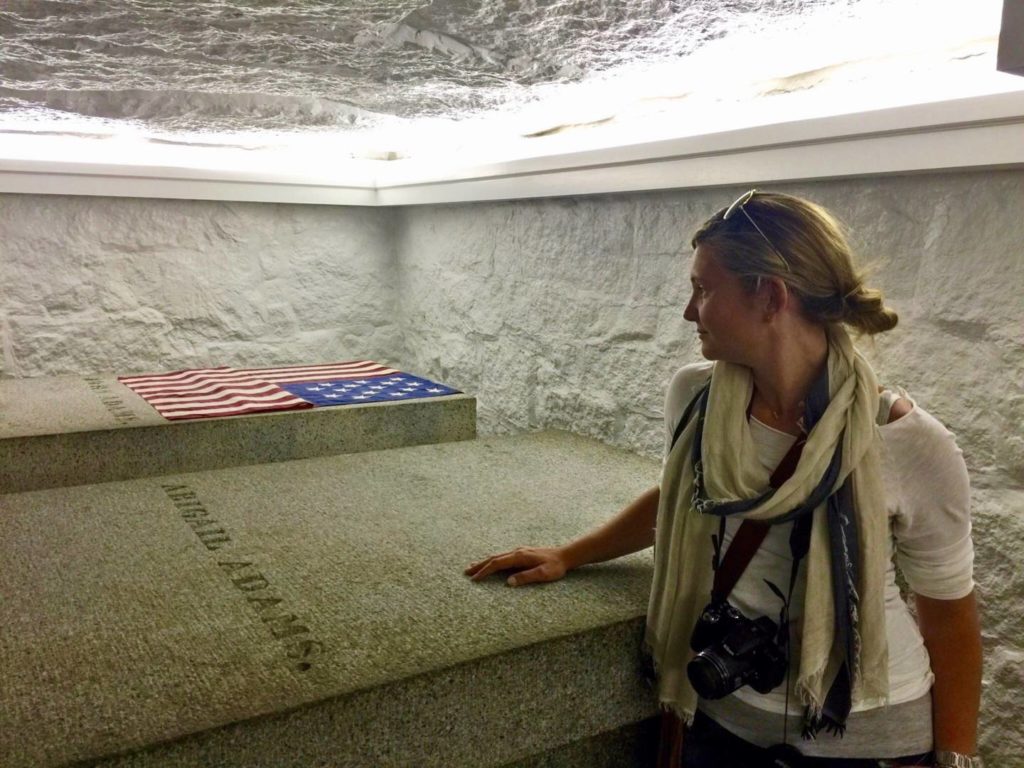 Boston and the neighborhoods: John Adams and his wife Abigail’s grave

The nature, the places’ evocative power, the stories and the unusual anecdotes told by the very good rangers (don’t forget it’s a National Park as the others) contribute to make all this even more suggestive and interesting.

If you want to understand how really the America was born – even before its myth, the great parks, the epic western and the captivating metropolis – then Quincy is the place that fits for you. 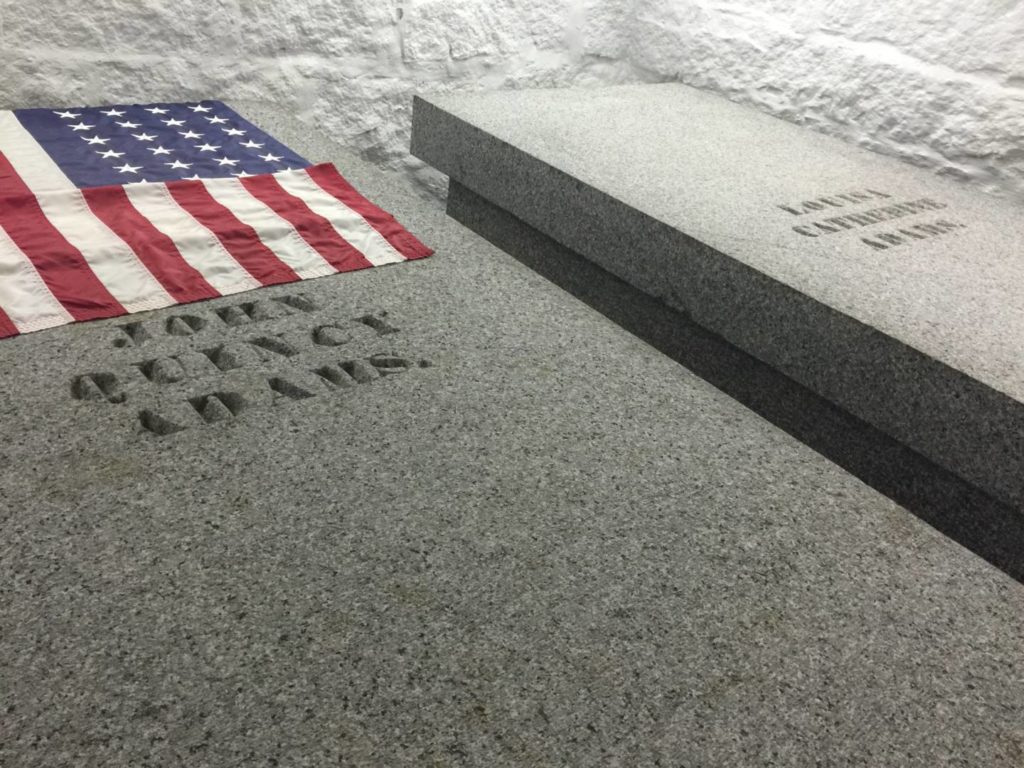 Boston and the neighborhoods: Nantasket

And then, finally, the ocean.

About 20 km far from Quincy, directly on the Atlantic coast, there’s Nantasket Beach, the ideal place where to relax after a busy tour day, to taste just caught lobster and really giant Lobster Roll. And stay overnight, maybe more than one. 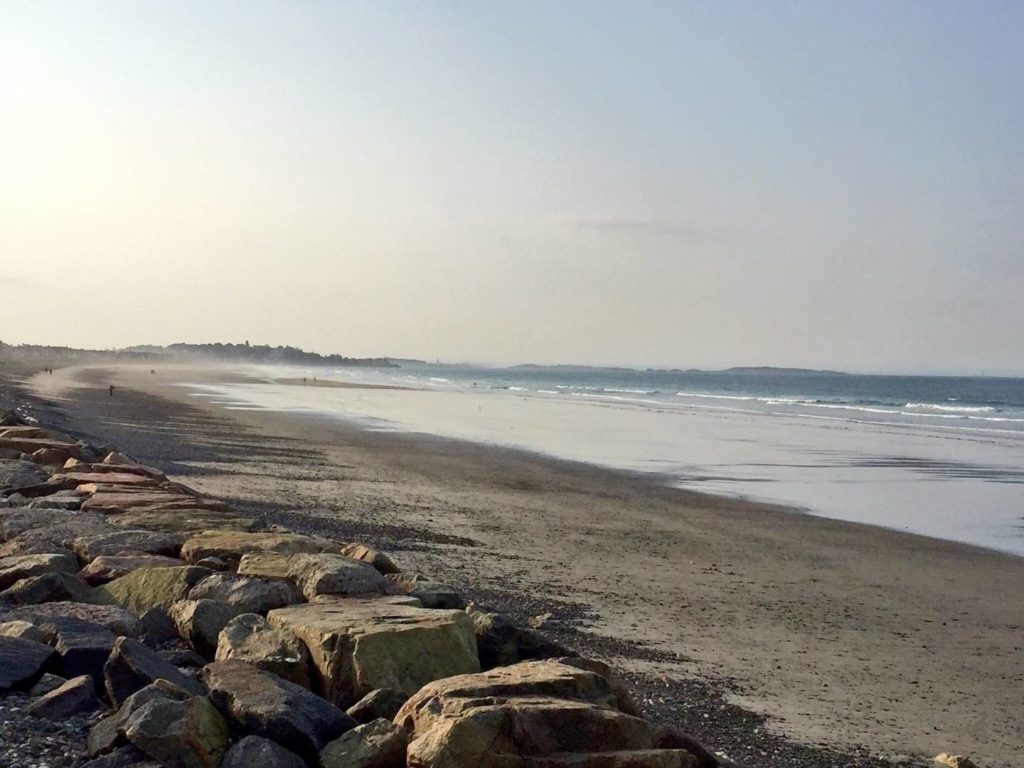 A strip of land between two bays, famous as Hull Peninsula: a large beach on one side and a series of inlets on the other one, alternating with hills, pastel colors wood houses, little quays, fishing boats and sailboats.

Nantasket has very remote origins. It was named after the Wampanoag Natives who lived in these areas and literally it means “space where tides meet”: the first English colonist community originated on the peninsula a lot of time after, towards the middle of 1600s. 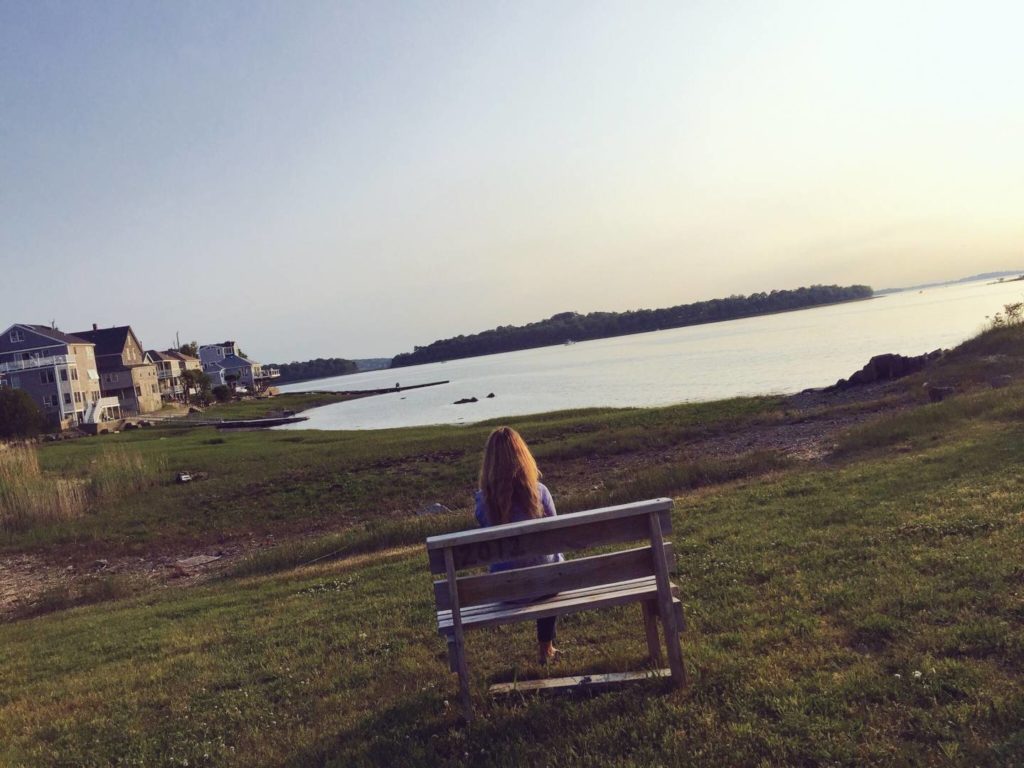 Sunset at Nantasket, towards the Hull Bay

The travellers searching for sea and rest arrived around 1850 by the first steamboats from Boston, but only at the beginning of the 1900s Nantasket turned into a right tourist place with resorts and free time activities.

It’s an extremely suggestive place, still today really loved by Bostonians and really crowded both for its landscape sights and the idea of a vacation in total relax. And the possibility to practise several water sports. 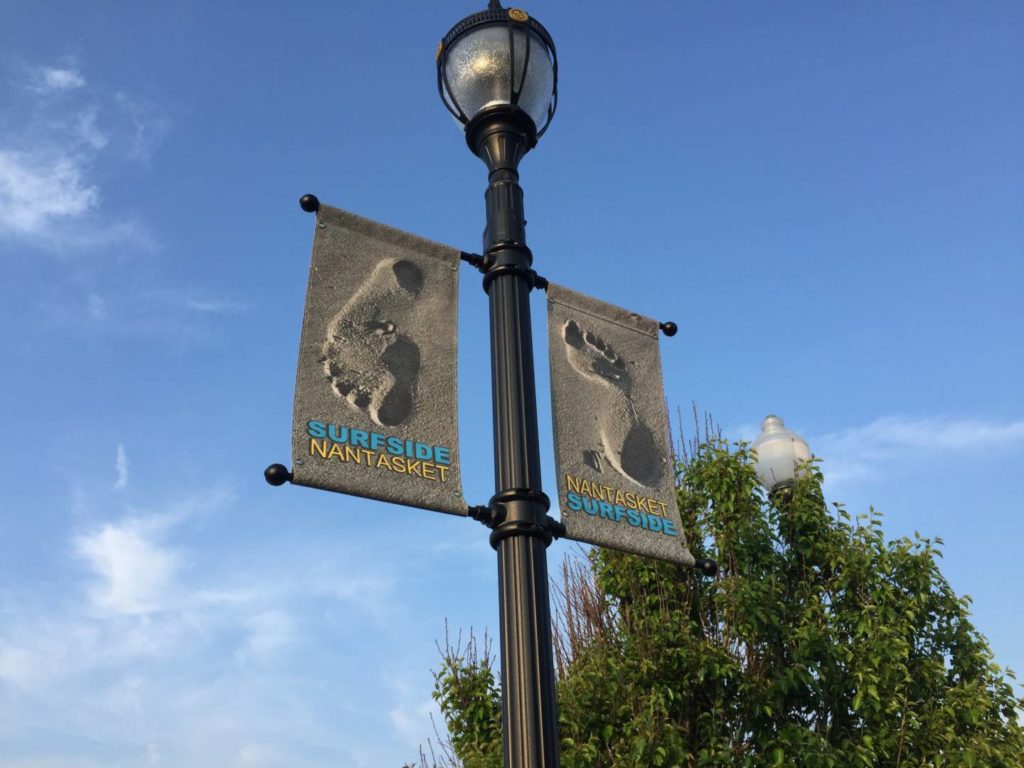 Personally I was struck by the atmosphere, the landscapes and the breathtaking views, the savors and the unmistakable, I’d say inimitable, new England Style.

Nantasket Beach is reachable from Boston or directly from the Logan International Airport also by ferryboat with a 30 minutes nice crossing. Click here for schedules and legs. 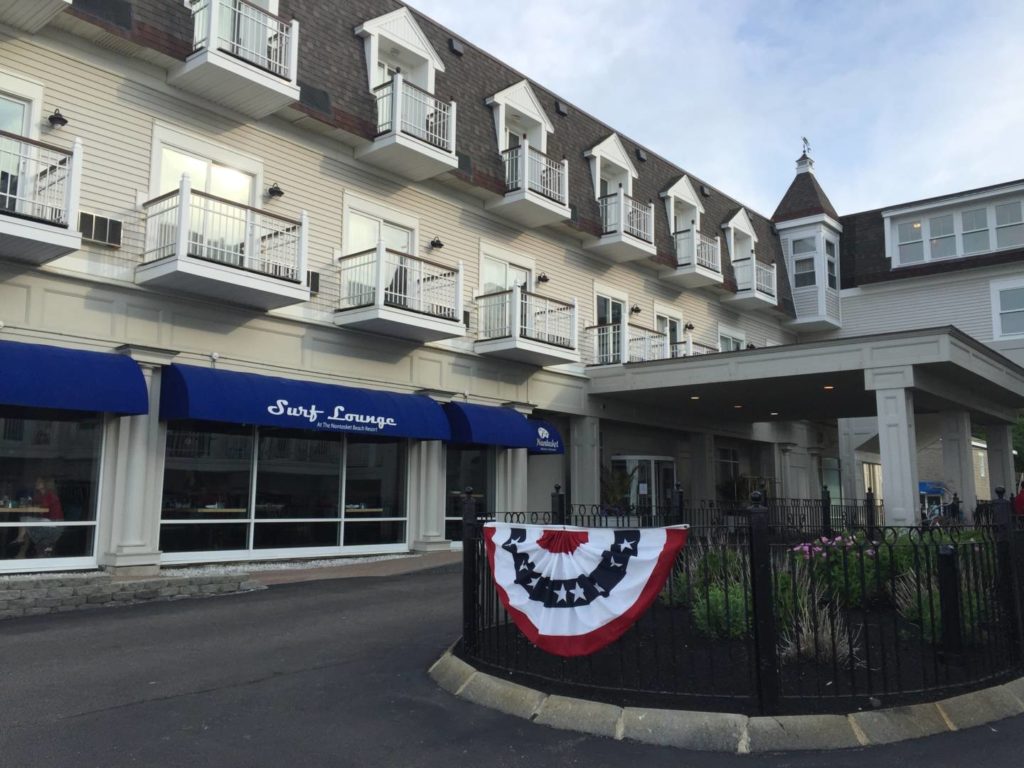 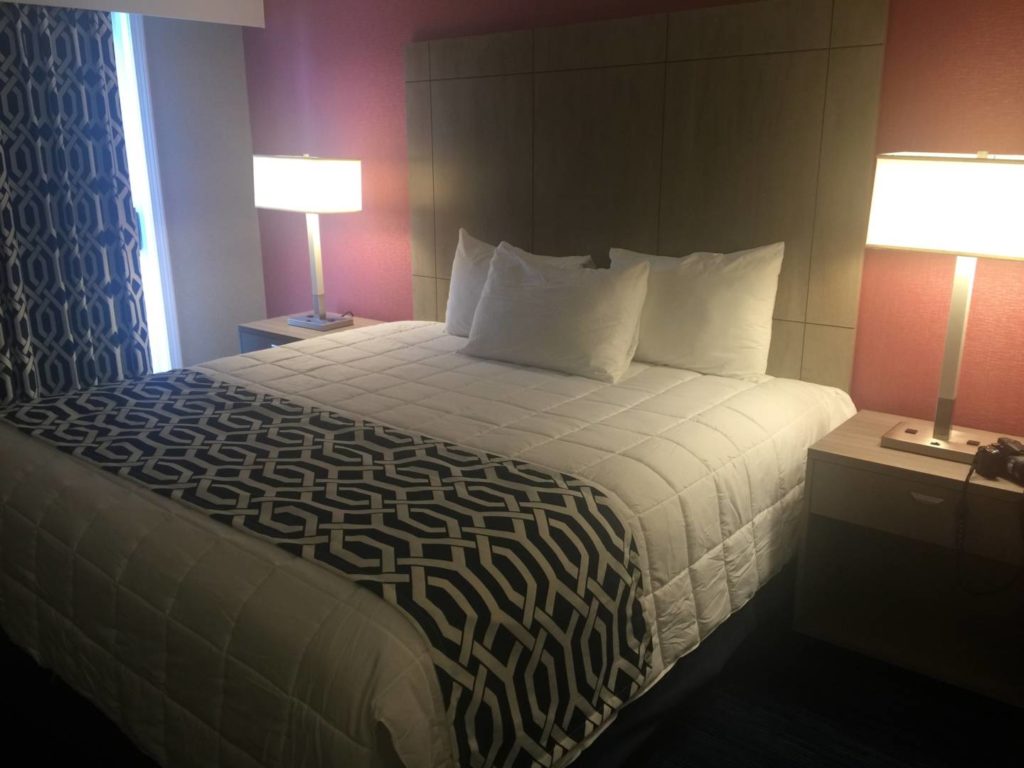 The perfect solution to stay overnight right on the Hull Shore Drive literally in front of the sea is the Nantasket Beach Resort: a modern and elegant building with comfortable, wide rooms and most of them are furnished with fireplace (Falls and Springs are pleasantly cool hereabout).

The building has SPA, pool and a wonderful pub/restaurant – The Paragon Grill and Surf Lounge – where to taste the place specialties. 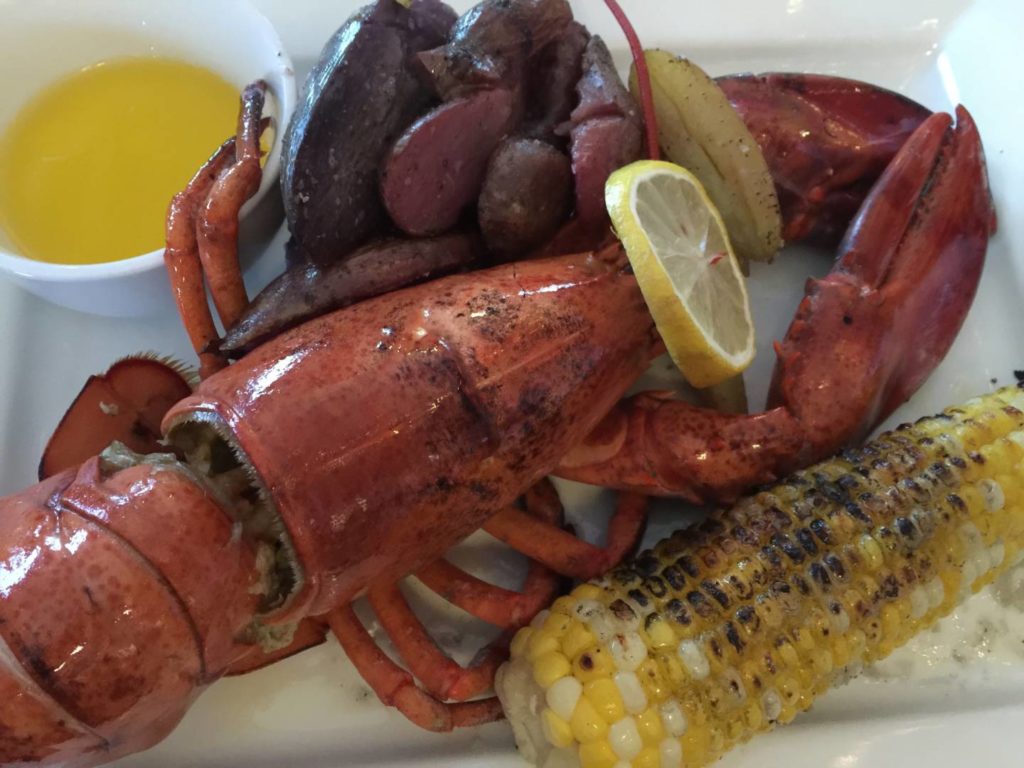 Lobster at the Paragon Grill and Surf Lounge

Among all lobsters, the Clam Chowder (a delicious seafood soup), the Lobster Roll (a lobster and salad sandwich, typical of the New England coast). And for the fried food lovers, abundant dishes of Fish & Chips.