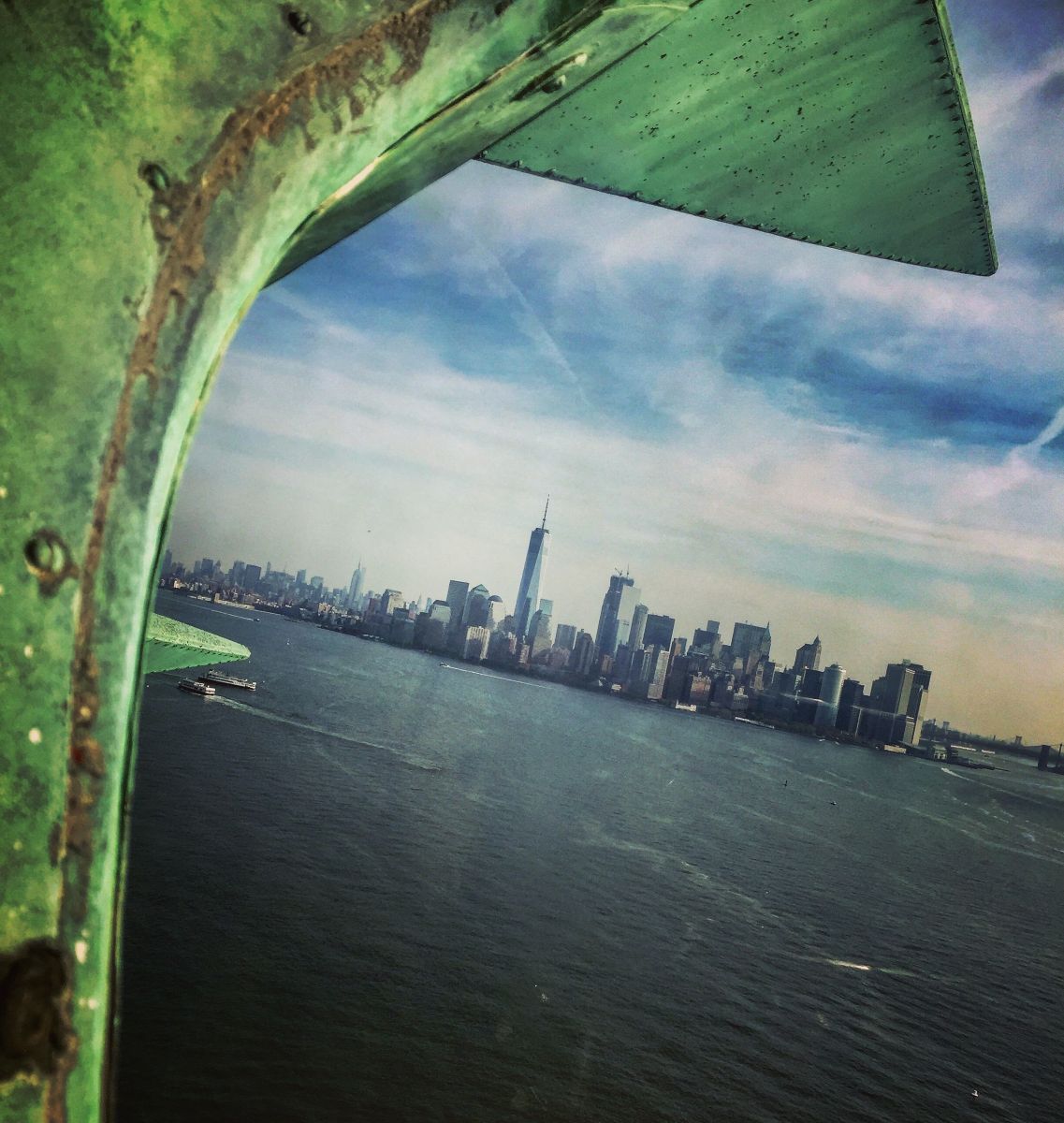 A great emotion, many expectations and an imprecise number of doubts and uncertainties about things to do and about time – always too little – to manage. Whether you have three, seven, ten days or even two weeks in your hands. 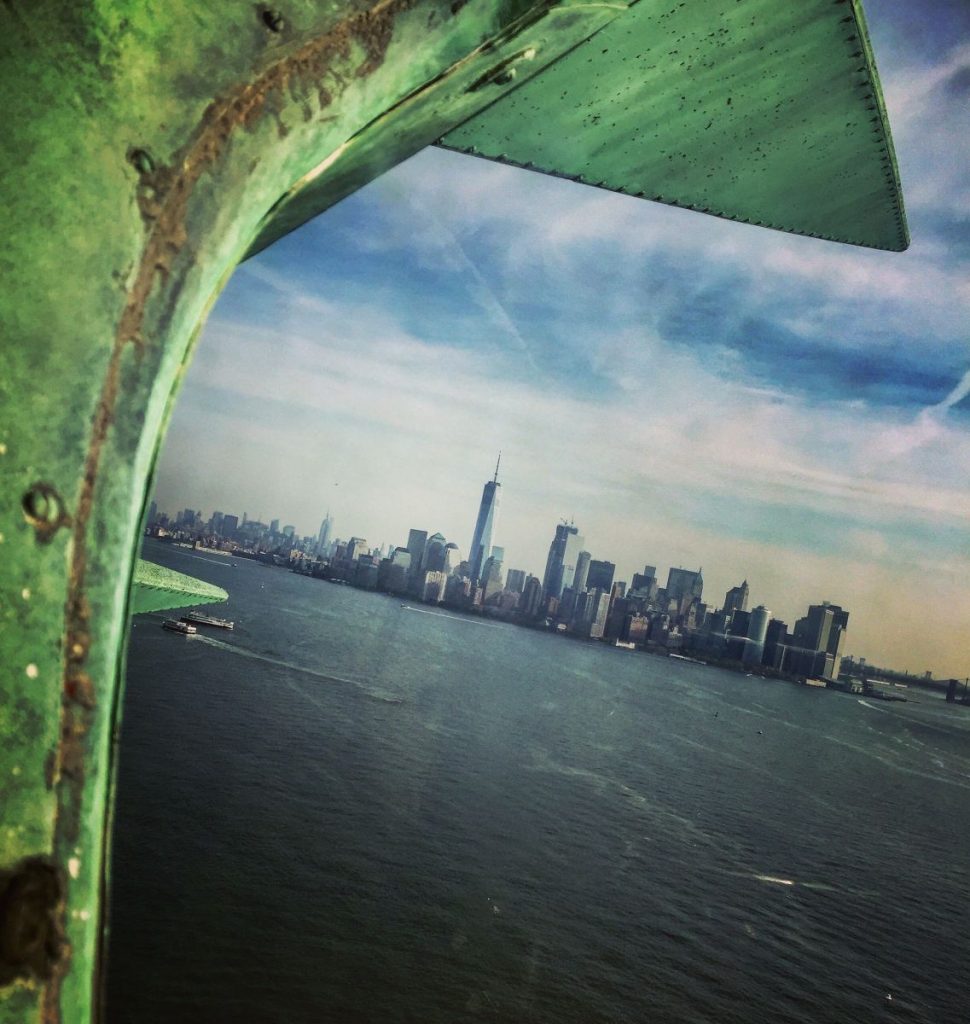 And even if at last you think to be prepared about the choice of the paths to do and the things to see – whether it’s your first time in New York, the second or even the third one – it will always find the way to surprise you showing you something you weren’t ready for, catching your attention and making you modify (it happens often, trust me) your programs day by day.

No problem, don’t worry too much.

People come back to New York, always. Whether it takes one, five or ten years, it’s inevitable. 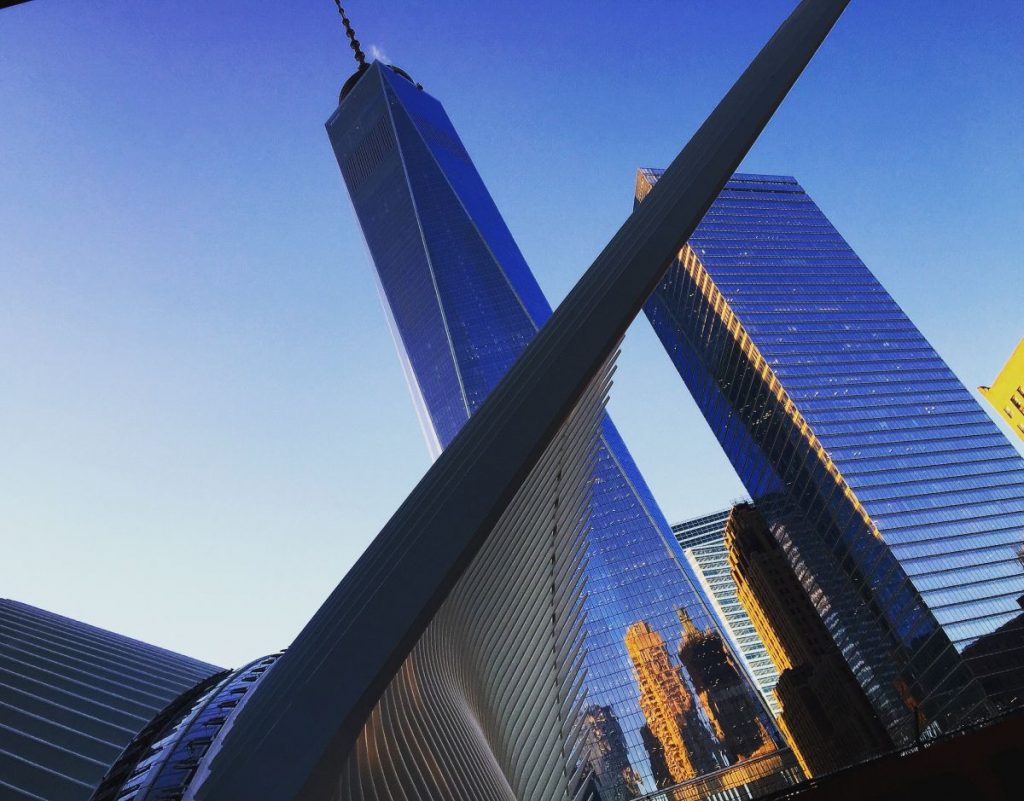 In my opinion, it’s one among the few cities in the world which is able – in spite of the frequent tours and the deepen knowledge – to make me feel when leaving as if I have forgotten something important to do and the inevitable desire to come back as soon as possible, to do it.

That said, what tips offer, what paths and locations choose for a first time in New York?

What not to absolutely miss, how optimize times and above all what “enjoy” quickly – just some shoots – waiting for a second or third time in the city? 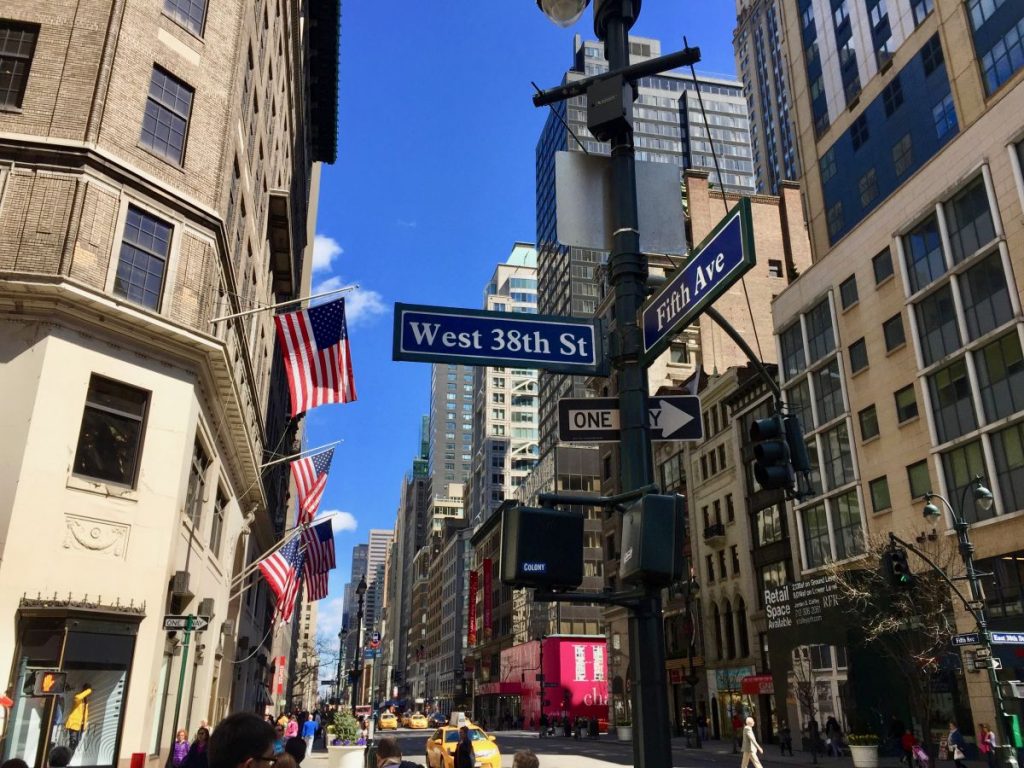 I have to admit that every day I read on the web confused and often useless info about this, guidebooks of one or more days with no logic thread and above all improbable suggestions about visiting the Queens, Harlem or the Bronx without knowing actually what are they talking about (and probably they’ve never been there) and the areas that actually you can visit totally alone and safely.

So the idea – after have already written a useful and care guidebook to visit the city in 3 days – to create – always according to my twenty-year experience, by now – a sort of vade-mecum with 10 paths and locations not to miss in a first time in New York, with useful deepen links and some tips always valid to manage the time at its best and enjoy the journey totally safe. 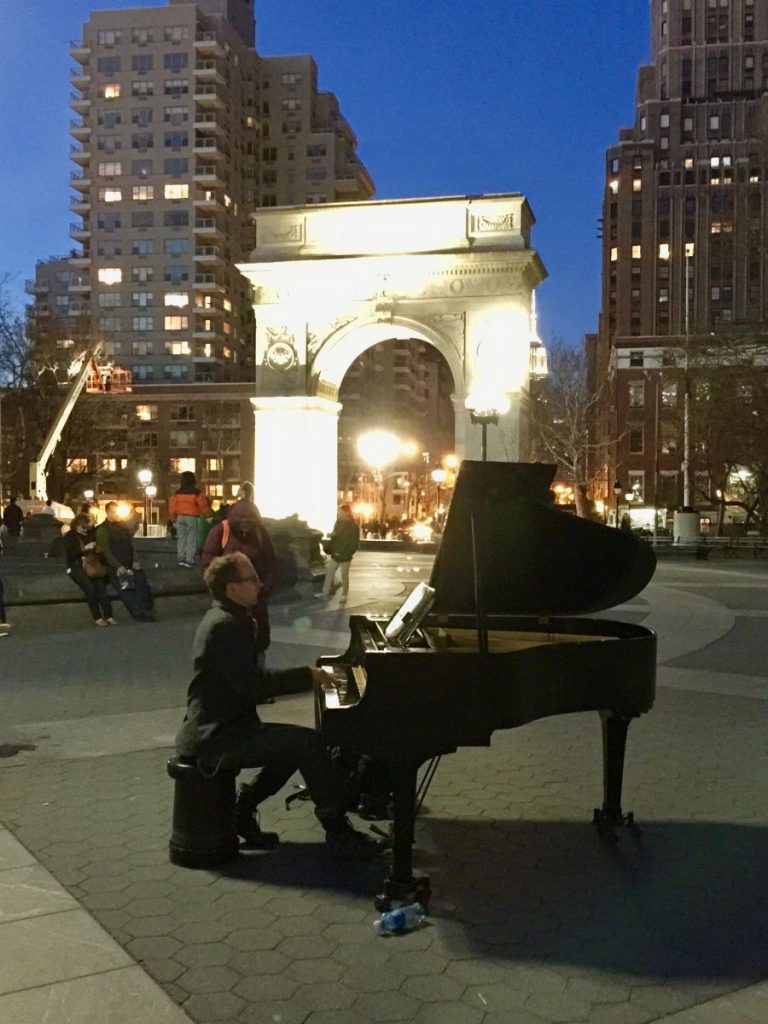 I will be never tired of saying it: according to me every stay in New York should begin with a walk through Central Park, the green lung and beating heart of the city.

What’s better to start exploring it early in the morning taking advantage of the insomnia due to the jet leg of the first days, maybe with a hot big cup of Americano Coffee in the hands?

Click here for the complete itinerary in a half day about. 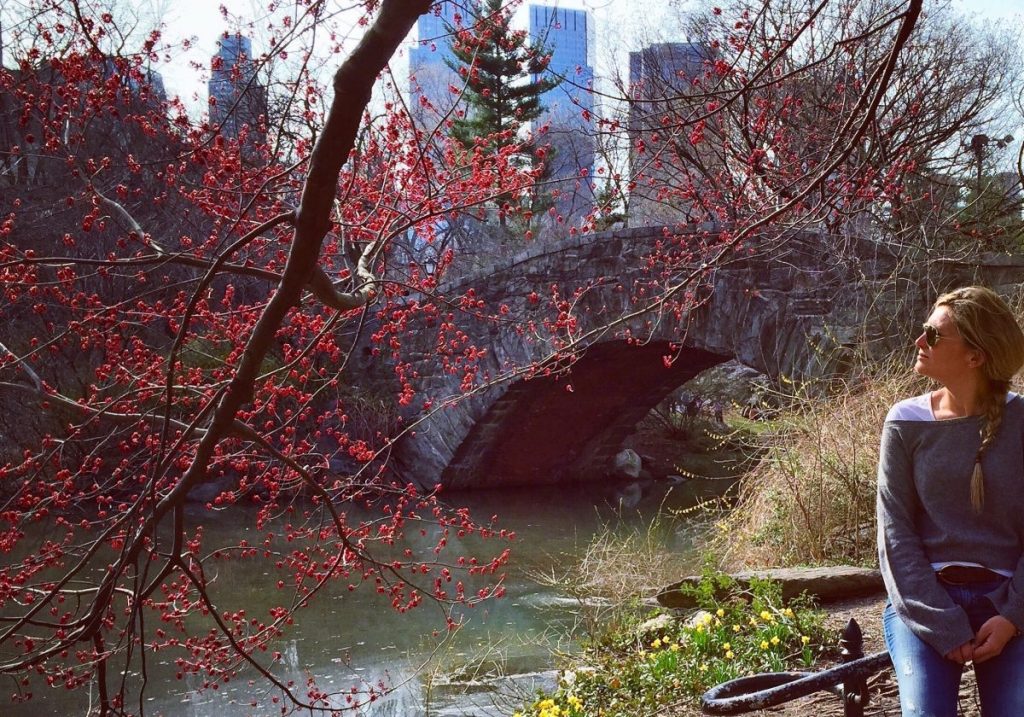 A long walk, often and however with your look up, which will take you discover and visit – according to your tastes – some of the Midtown icons, but also unusual locations where to be swallowed up by and lose literally the sense of time – well, it often happens during a stay in NY.

From the lights and the multimedia skyscrapers in Times Square, with a quick jump to admire the Broadway’s theaters, then following the 42nd Street with your look towards the Chrysler Building – if you have time give a look at its wonderful entrance. 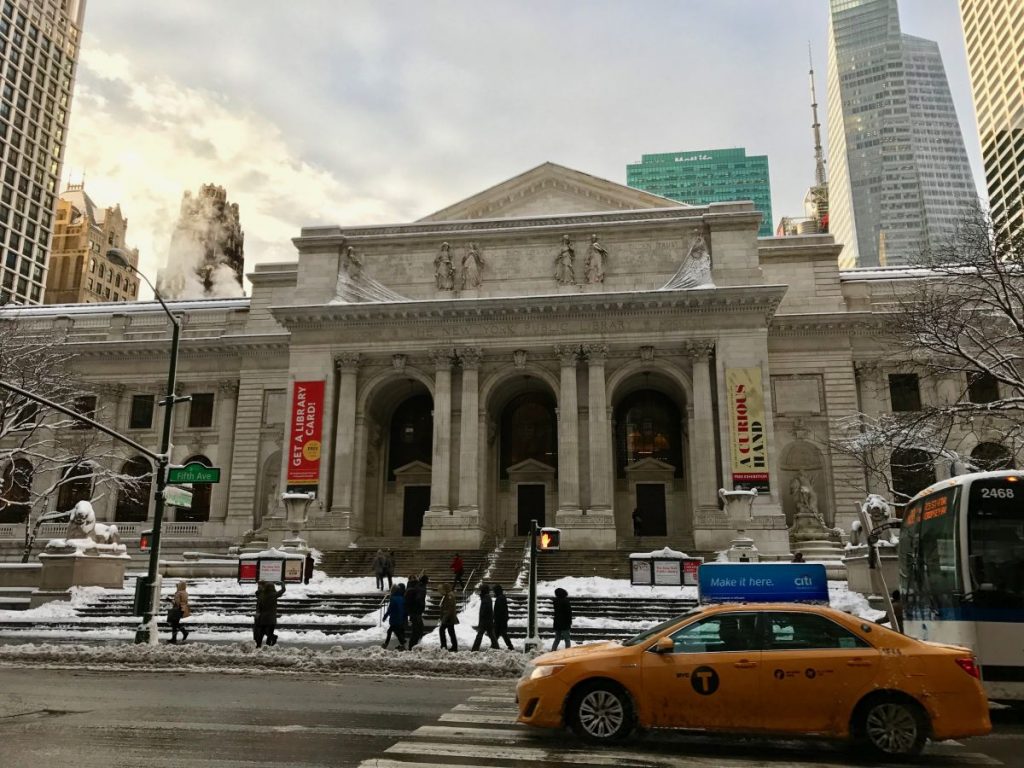 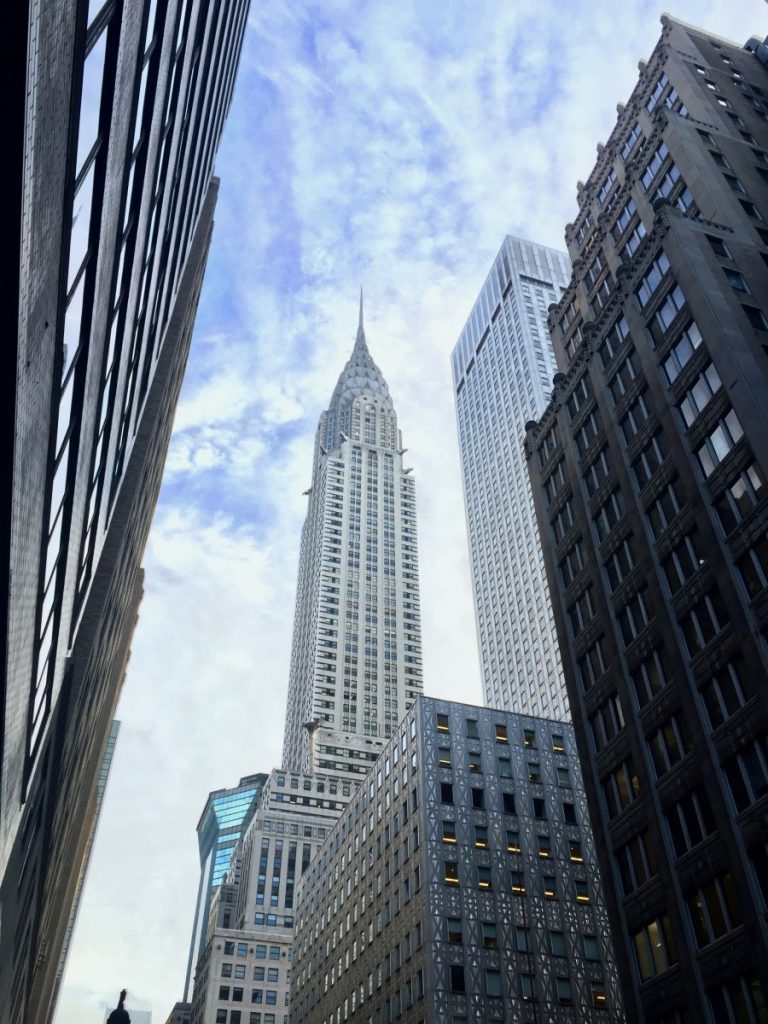 In the middle the poetry of Bryant Park, in my opinion the most beautiful park in the city, the retro charm of the New York Public Library, the architecture and the decors of Gran Central Terminal.

Last stop – with a short detour from the 5th Ave on the near Madison Ave – the Morgan Library, a wonderful library-museum rich in artistic masterpieces and really rare first editions.

A tip: on Fridays, 7pm-9pm, you can enter freely, visit the whole building and be present at amazing jazz music duets. 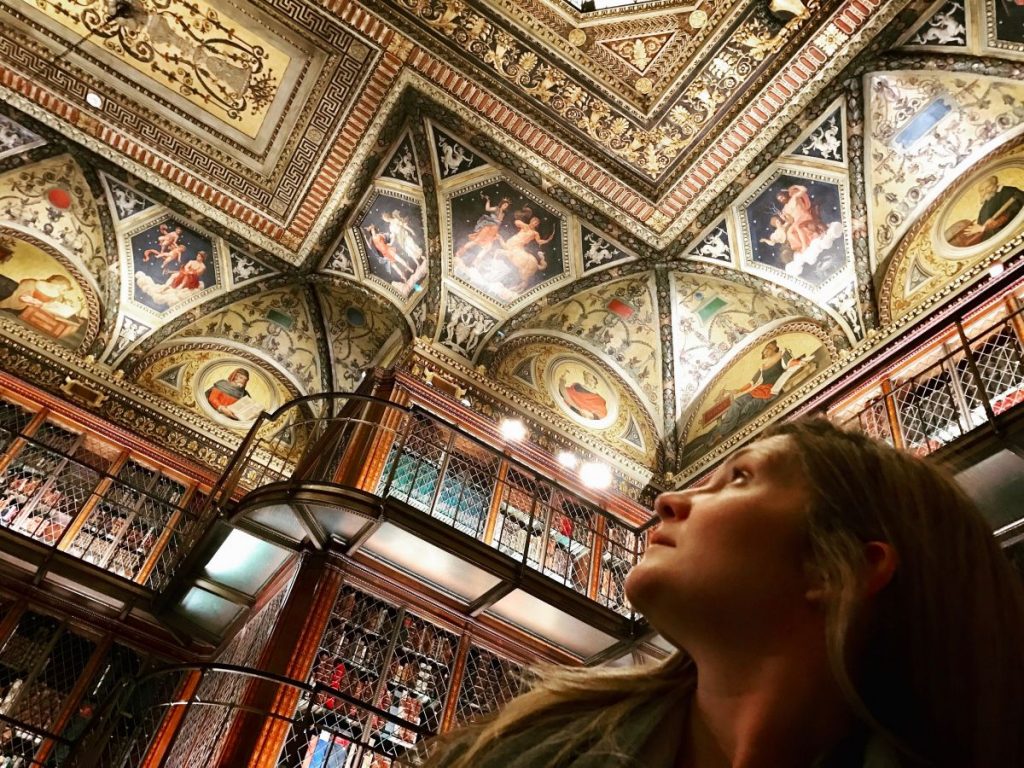 First time in New York: the ceilings of the Morgan Library

First time in New York: from the Empire State Building as far as the Washington Square Park

Keep going southwards on the 5th Ave in few blocks you’ll run into the Empire State Building: despite it is overcome by other famous skyscrapers for height, by now, in my opinion it offers the most suggestive and “vintage” view of New York. And into the Flatiron Building, that curious and really photographed iron shaped skyscraper. 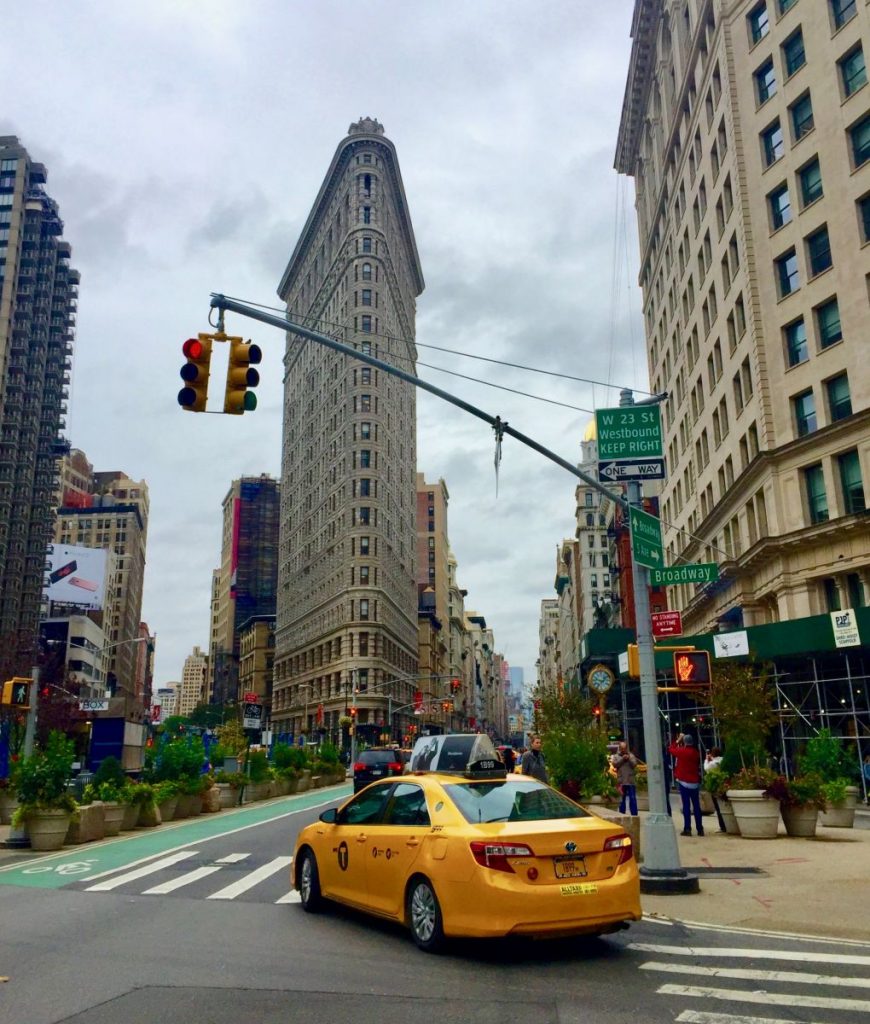 From there always southwards with a nice and peaceful walk of one hour about, you can reach the Washington Square Park, another very beautiful city park, where relaxing and enjoying a snack together with the students of the near NYU, New York University. 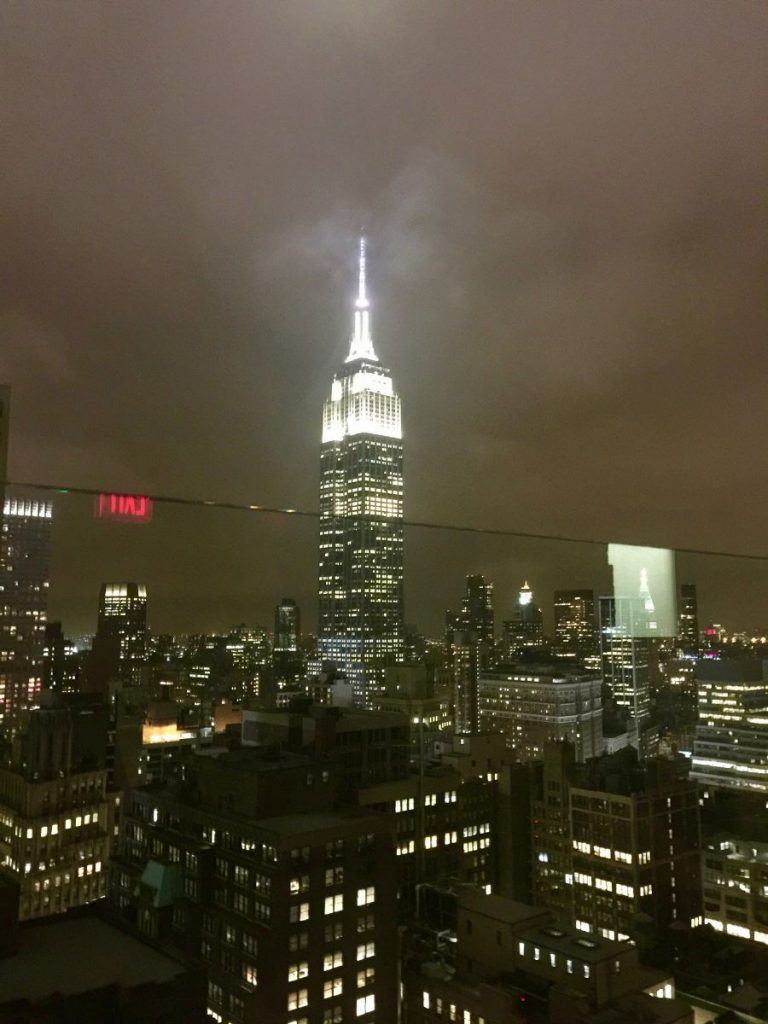 First time in New York: the High Line and the Chelsea Market

In a first time in New York, a loop on the High Line cannot be missed: it’s the midtown super elevated ancient goods railroad crossing a good part of the Chelsea area. The old lines have been turned into a long green pier among the city buildings with very beautiful views of the Hudson River and the Statue of Liberty.

At the end of the path – developing from the 30th as far as the 17th Street – a visit at the Chelsea Market is de rigueur: it’s a local market rich in delicacies got by the ancient building which was hosting – a thing that not many people know – the first OREO cookies factory. 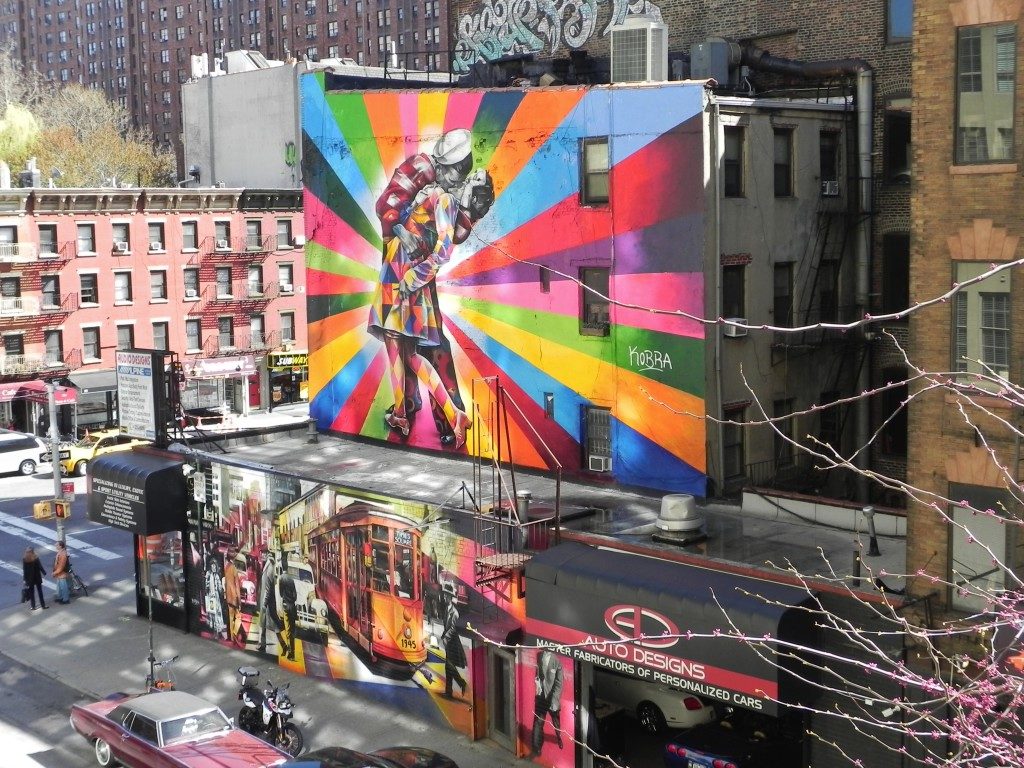 First time in New York: views from the High Line

First time in New York: the East Village, the heart of the “old New York”

Take yourselves a couple of hours to explore the East Village, to me the beating soul of the old NYC.

Among old speakeasy and gangsters stories recalling the Prohibition era, locations of historic bands’ videos, ethnic cuisines’ restaurants, the authentic buildings used starting from the late 1800s to host the immigrants just arrived from Ellis Island, you’ll lost the sense of space and time through an endless and fascinating journey into the city’s past. 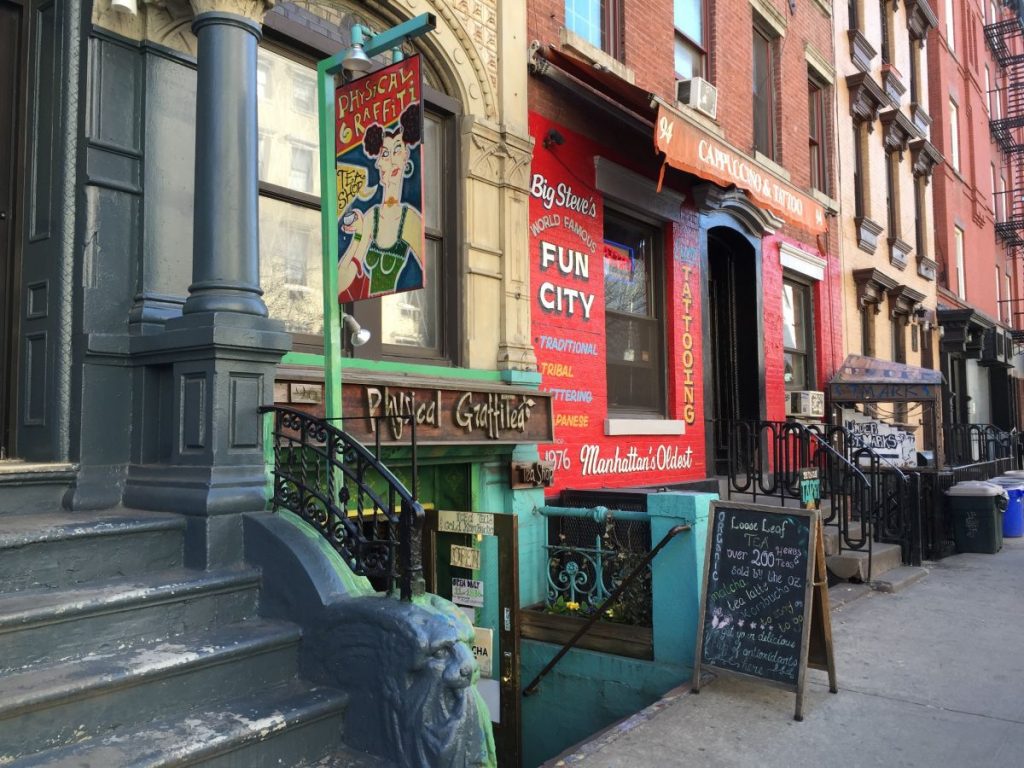 Lower Manhattan would deserve itself a journey apart.

It’s the most ancient area in the city and yet the less explored in favour of the New Ground Zero and the 9/11 Memorial Museum. 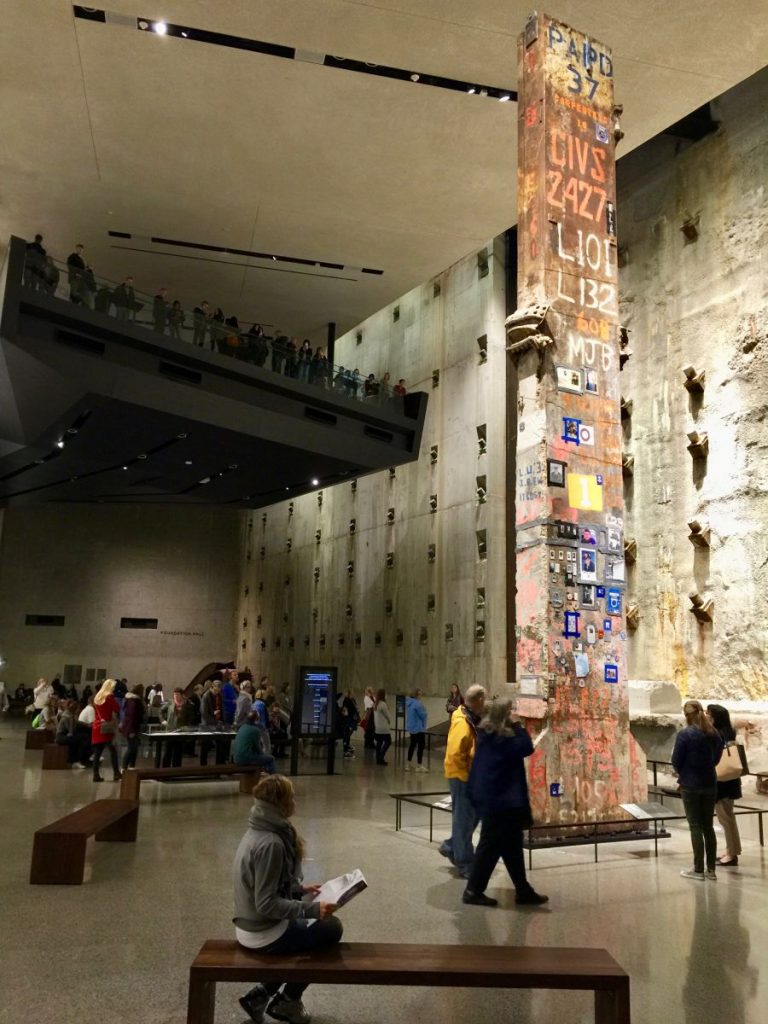 You can follow a couple of hours itinerary – you can find it here – to discover the area and then dedicate to the visit of the Memorial Museum before and the Freedom Tower then.

From here reach Battery Park and take the ferryboat to the Statue of Liberty and Ellis Island or, if you have little time in your hands, the near Staten Island Ferry which will allow you (freely) to admire Lady Liberty from the sea during a route of 20minutes about each to Staten Island. 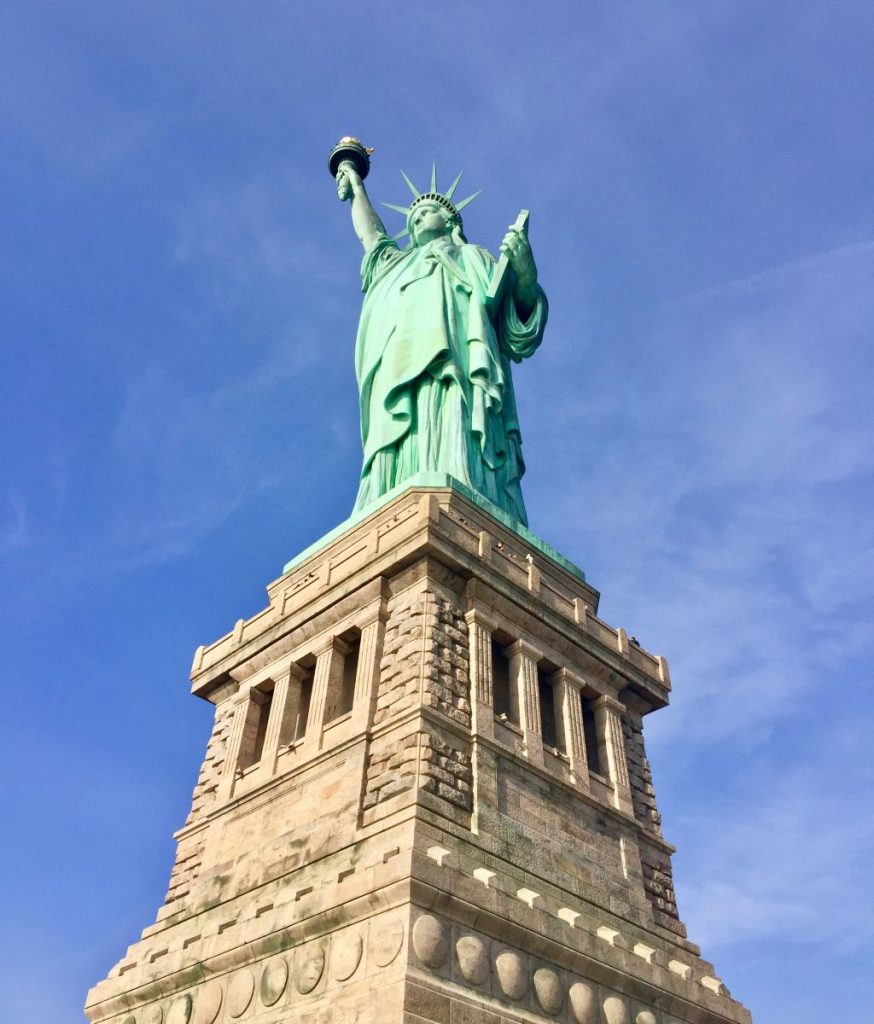 In a first time in New York a taste of Brooklyn cannot miss.

But right a taste because discovering it whole, a week wouldn’t be enough. Trust me. 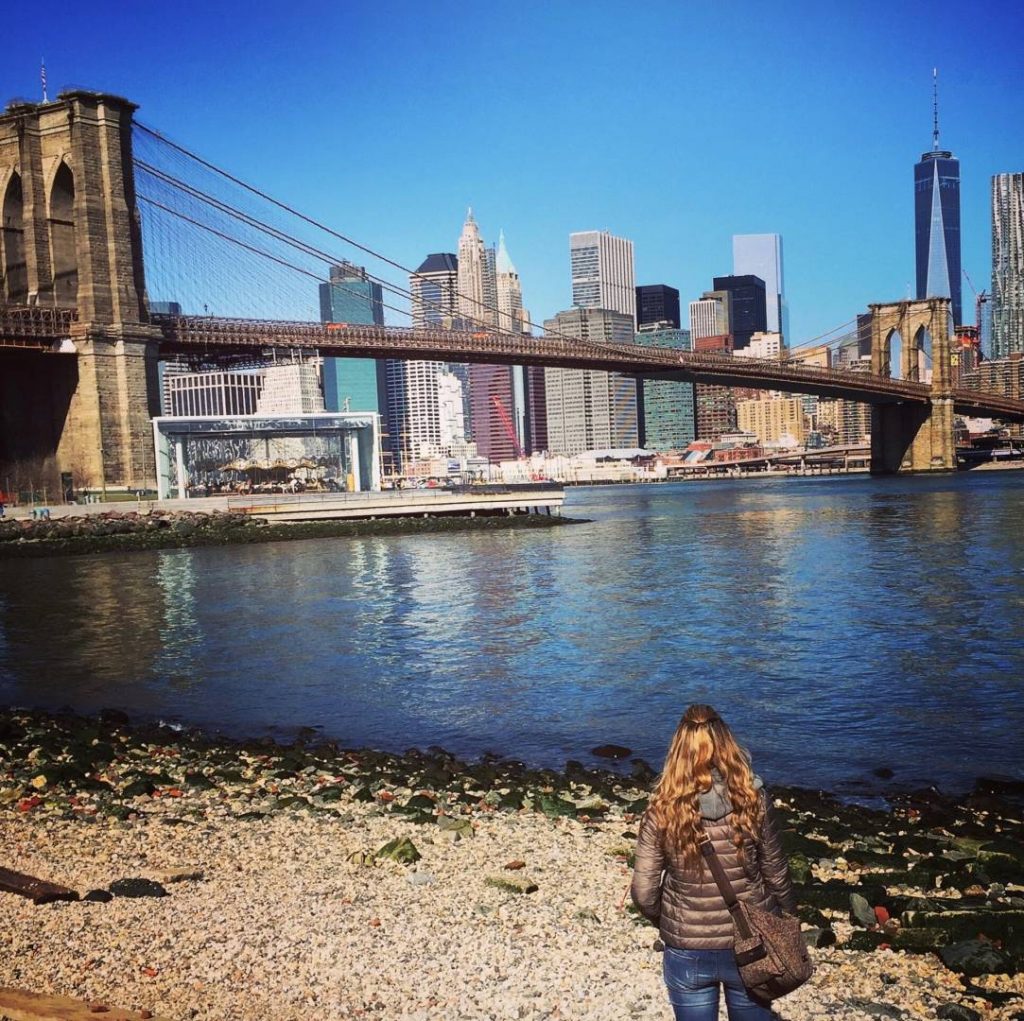 What to see in Brooklyn: view of Lower Manhattan and of the Brooklyn Bridge

My tip is not to stop only at the walk on the Promenade overlooking Manhattan, but going along the Brooklyn Bridge at the sunset. Reckon the possibility to explore it better choosing the itineraries according to your personal interest.

Down here there are three detailed itineraries – divided according to the several areas – to read and select for your visit: 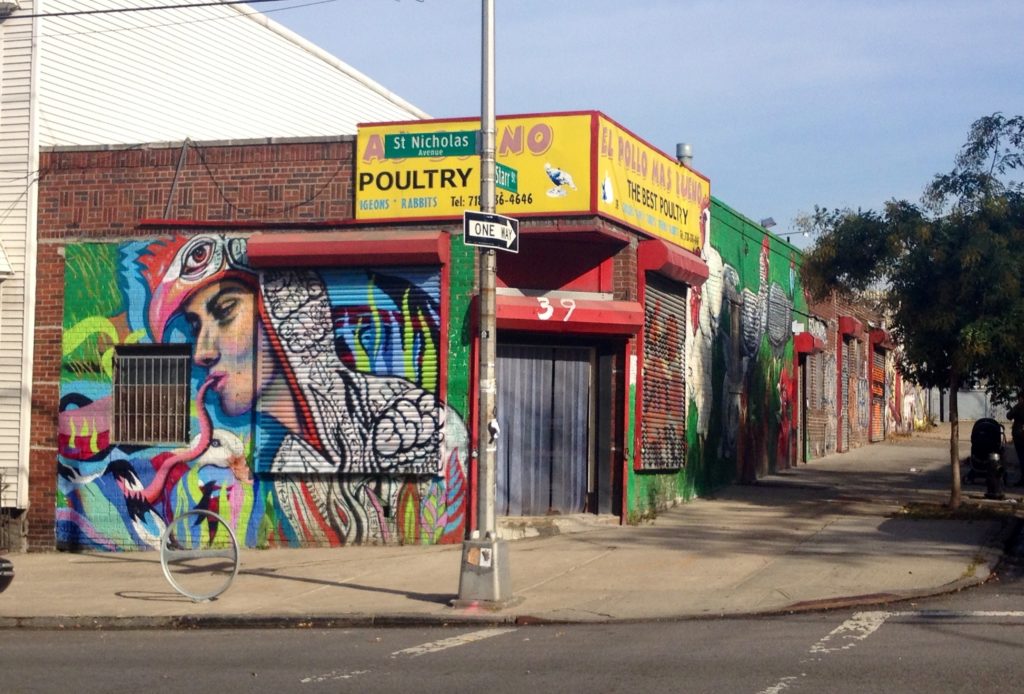 First time in New York: Queens and Bronx, the itineraries (2/3 hours each) tested and safe

It’s real that year by year the Bronx and Queens open themselves even more to tourism and surprisingly they reveal interesting locations and itineraries as well the Manhattan ones.

But however it’s also true that not all the areas can be entered like that at a tourist level so it’s better to know in advance where to move safely and where it’s not possible.

According to my experience, I selected some valid itineraries, well detailed with tips and subway stops, to enjoy the best of the Bronx and Queens totally safely.: 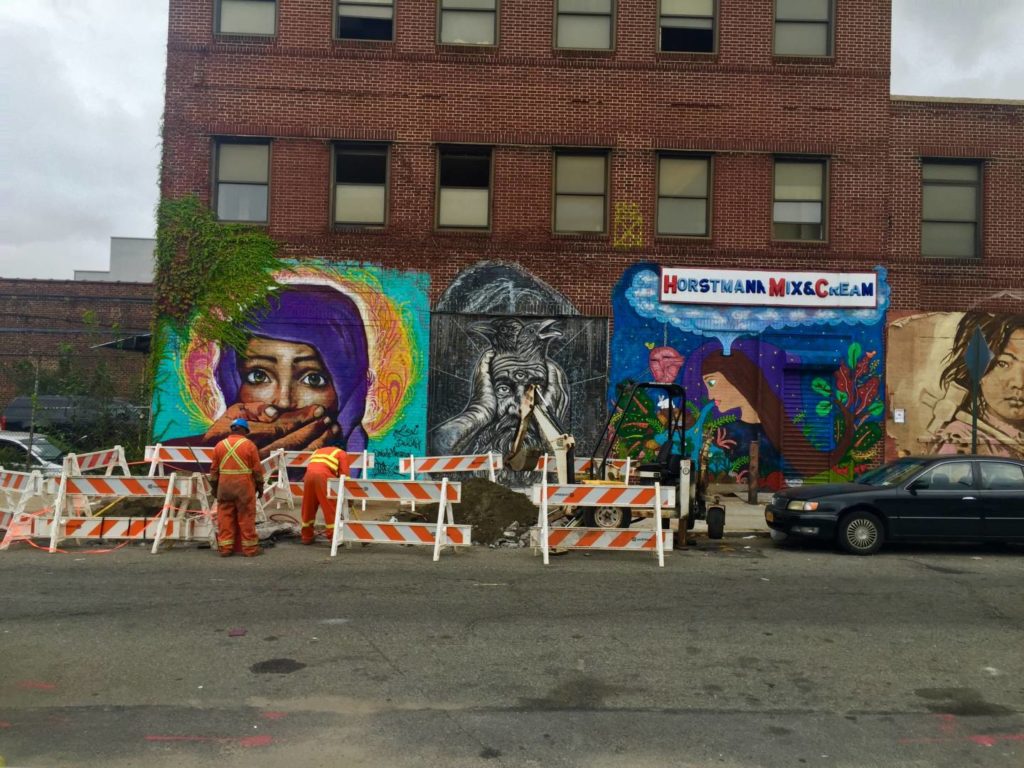 What to see in Queens: street art in Wellington Court 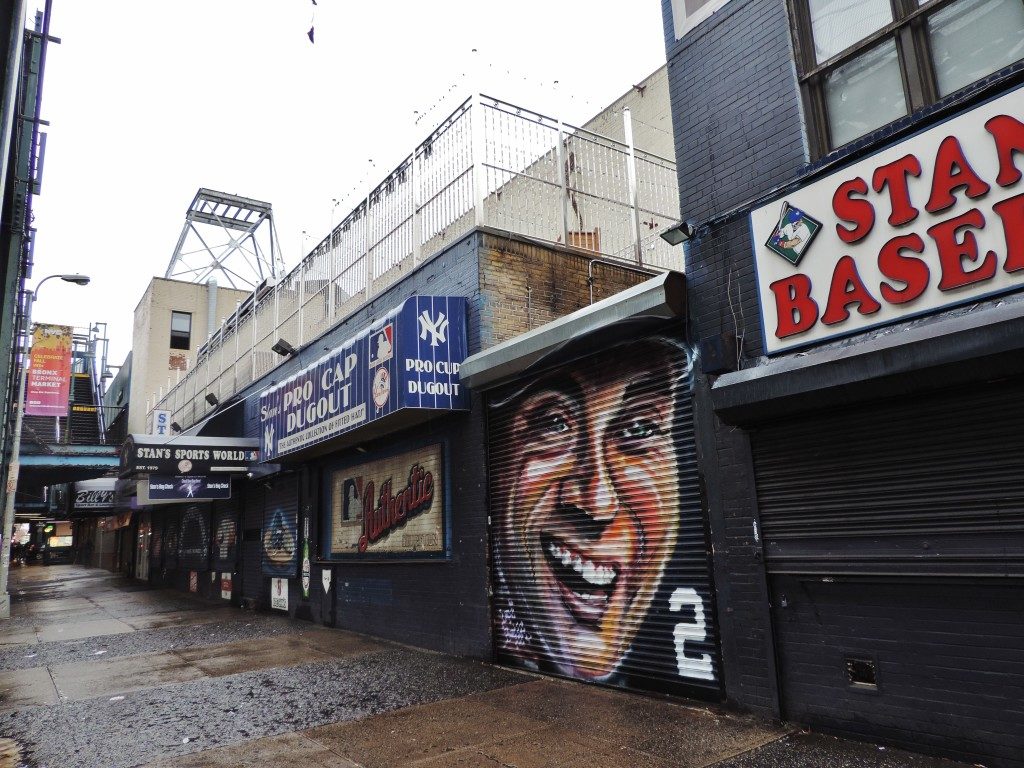 First time in New York: Harlem, the other New York and if you insist…the Gospel Masses

The same thing applies to Harlem, which is boundless and it’s not exclusively for the Afro-American communities – as many people think…on the contrary, it’s a downright melting pot of cultures and languages.

A tip. Don’t come to Harlem only to hear the Gospel Masses: they are involving and unusual – above all if you never heard one of them – but unfortunately they are always more tourist and less authentic.

Give yourselves also a couple of hours to explore the rest.

Down here there are my itineraries and useful suggestions to be dead certain about it: 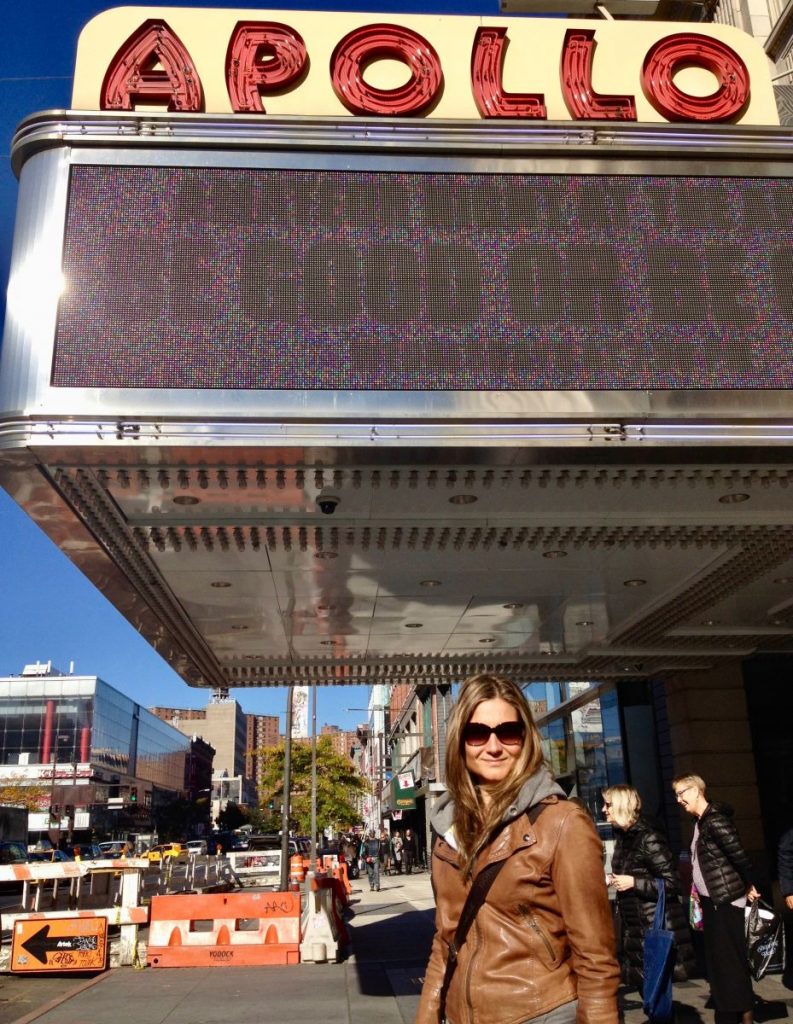 I cannot finish this series of tips about your first time in New York without giving you the most important one: get a valid travel insurance covering you at a health care, civil and penal level. 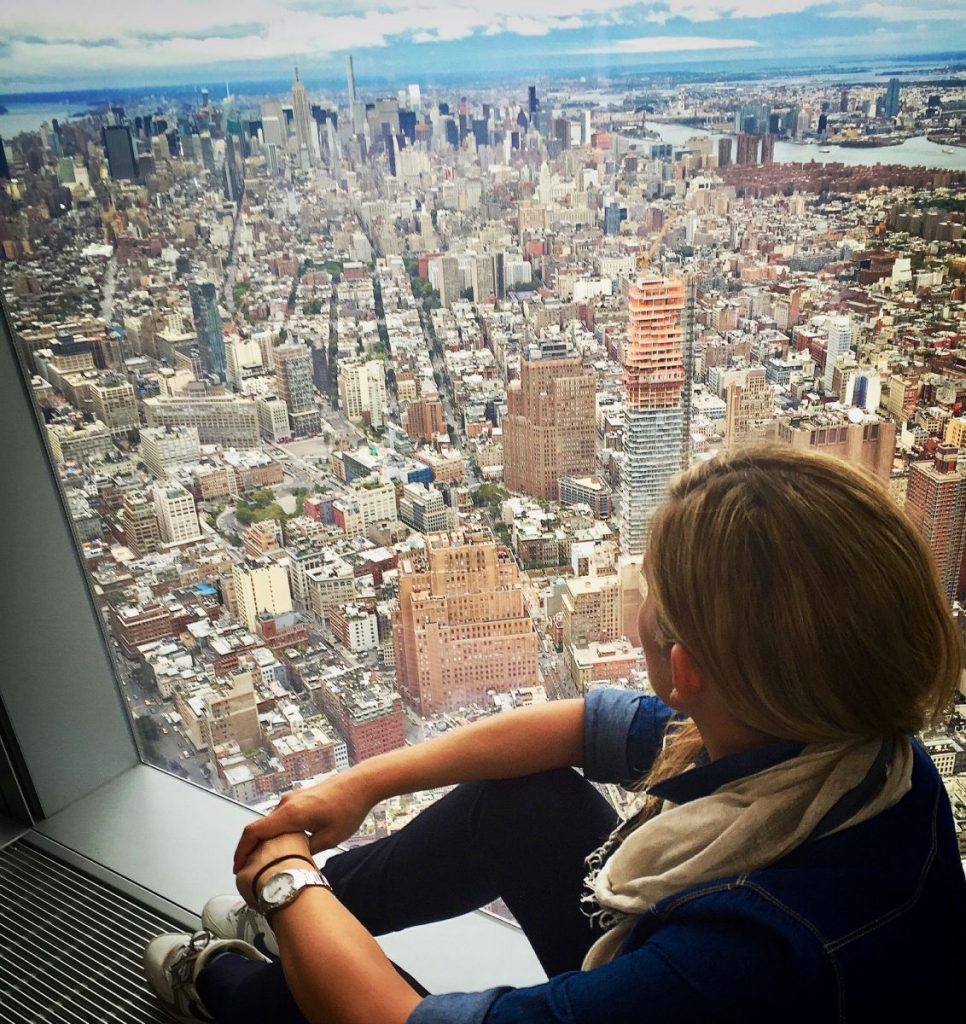 First time in New York: the view of New York from the freedom Tower

Unfortunately, the USA don’t guarantee any sanitary coverage or eventual car accidents, with penal and/or civil consequences for the tourists visiting the country.

So it’s a good use – even if, in my opinion, it should be obligatory considering its importance – to stipulate an insurance before leaving covering the travellers by the most complete possible way.

Don’t underestimate this aspect and the peacefulness to travel totally safe!