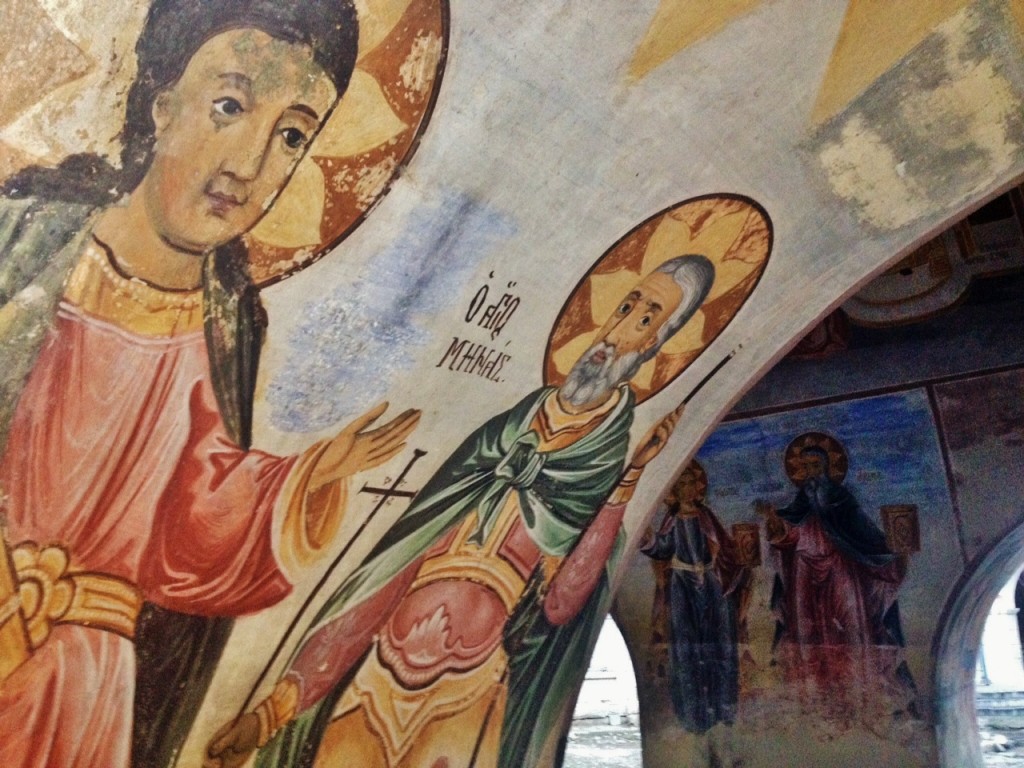 Bulgaria is art, culture, traditions, but also the result of the dominations over the centuries, of the invasions and of their inevitable consequences.

It would be recommended to know it better through the exploration of its ancient monasteries, precious witnesses of the events and especially guardians of a rich artistic heritage that otherwise would be lost in the pages of a history not always favorable. 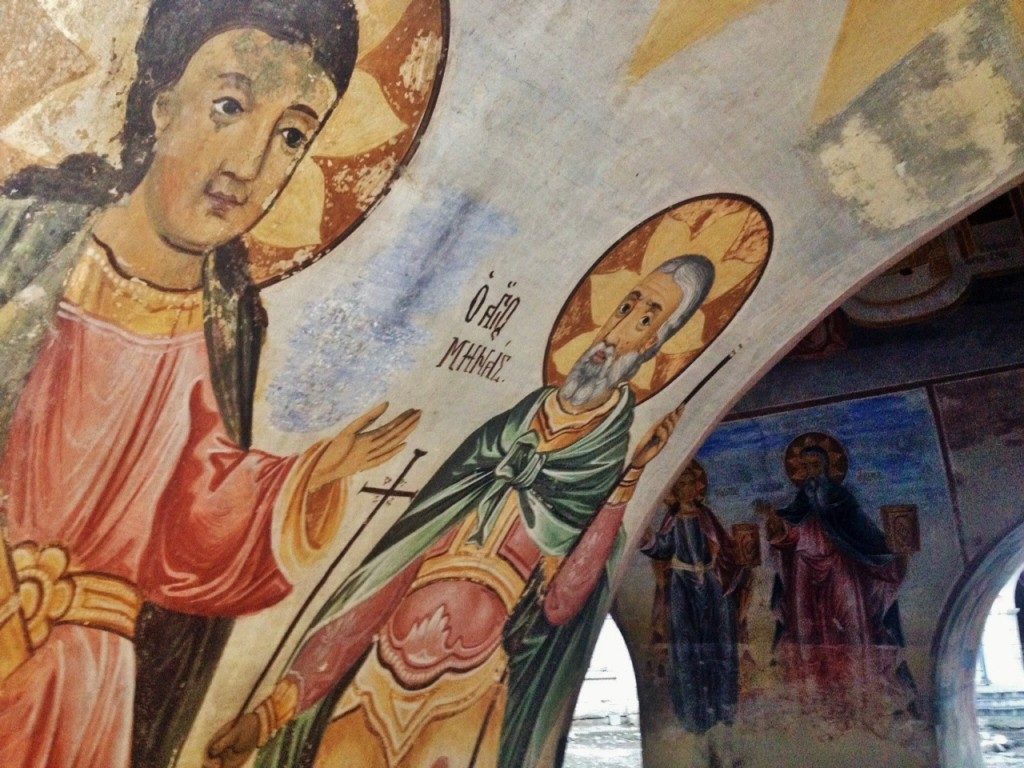 And so after the largest and the most famous Rila Monastery, my trip to Bulgaria took me to the village of Bachkovo, about 30 km from the ancient city of Plovdiv, future European Capital of Culture (with Matera, in Italy) in 2019.

Bachkovo is little more than a small cluster of low houses which can be reached after a series of switchbacks through the surrounding mountains. 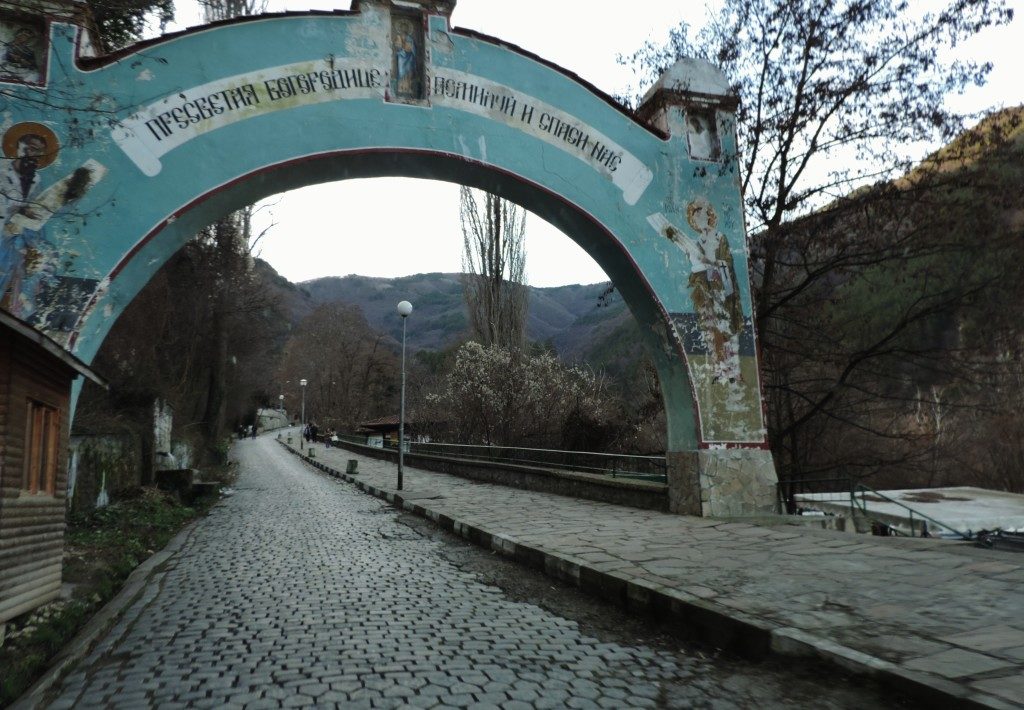 The access to the Monastery along a climb of half mile approximately, is accompanied by a number of handcraft market stalls where it is really possible to find everything.

Spices, pots and hand-painted plates, souvenirs, sweets and a wide range of products (from body creams to candies) derived from rose petals, of which Bulgaria is the biggest producer in Europe. 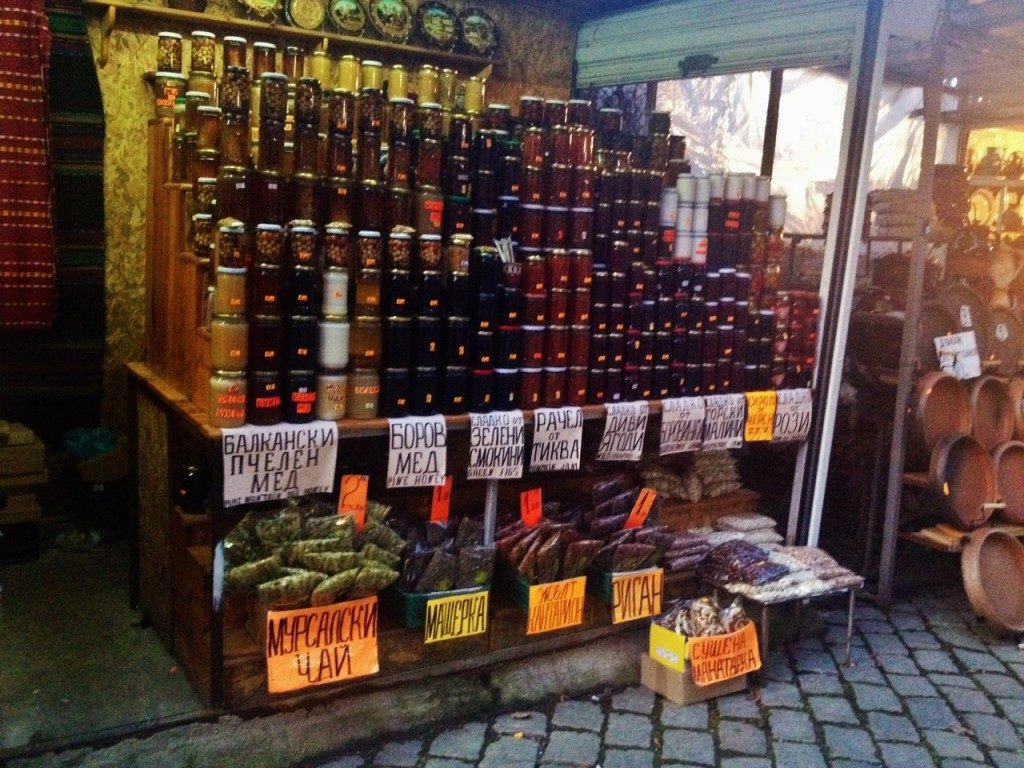 The Bachkovo Monastery is located on top of a hill, its entrance opens into a large square flanked by two small fountains from which flows the pure water.

Bachkovo Monastery, the entrance and the small fountains

It was founded in 1083 by brothers Gregory and Abasius Bakuriani, two officers of the Byzantine army.

Despite being repeatedly looted over the centuries, this monastery, the second largest in Bulgaria after that of Rila, has managed to preserve priceless artworks. 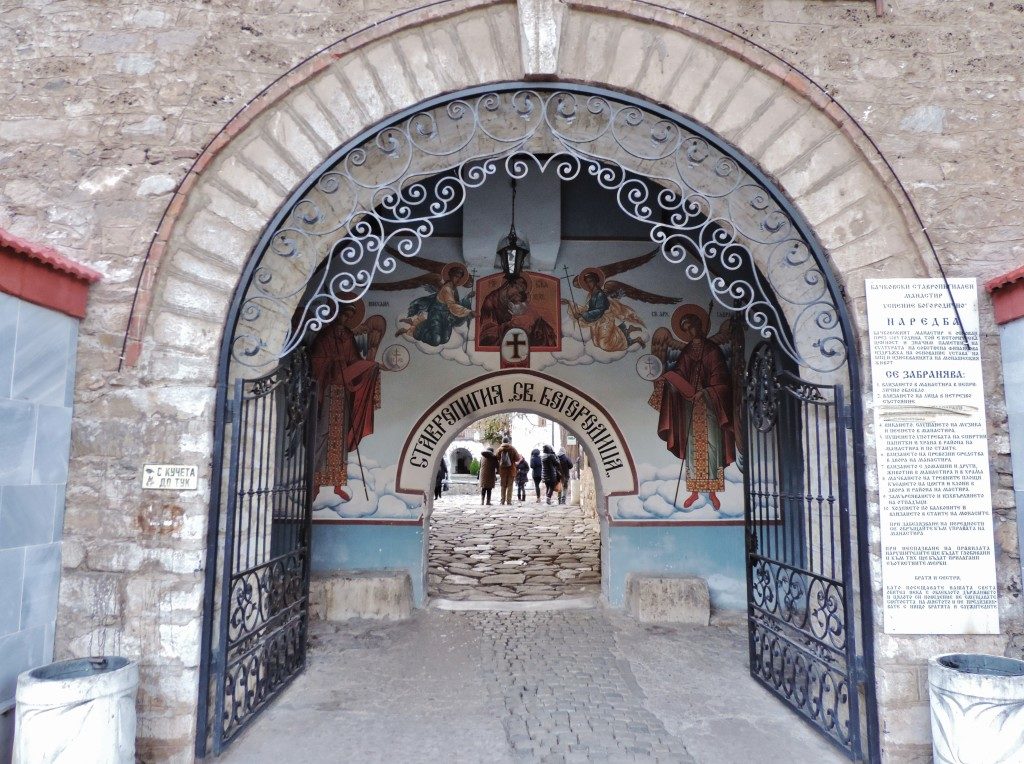 Moving inside is really simple, here is a quick tour with some tips about the places not to be missed.

Right in front of the entrance, in the heart of the monastery there is the beautiful Church of Sveta Bogoroditsa, dating back to 1600.
The interior is really impressive, the frescoed ceilings illuminated by the light of candles tell stories from the Old Testament.

In the center, in front of the Iconostasis of eighteenth century, there’s a Icon of a prodigious Madonna dating back to 1311 that every year on August 15 is moved out in a holy procession. 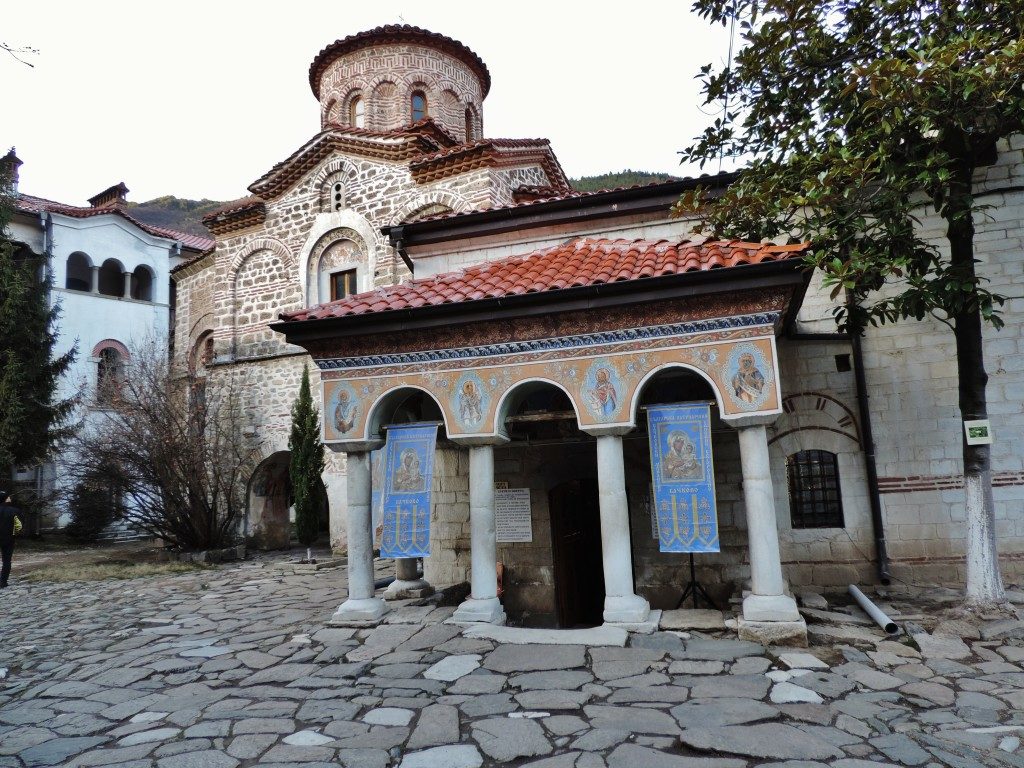 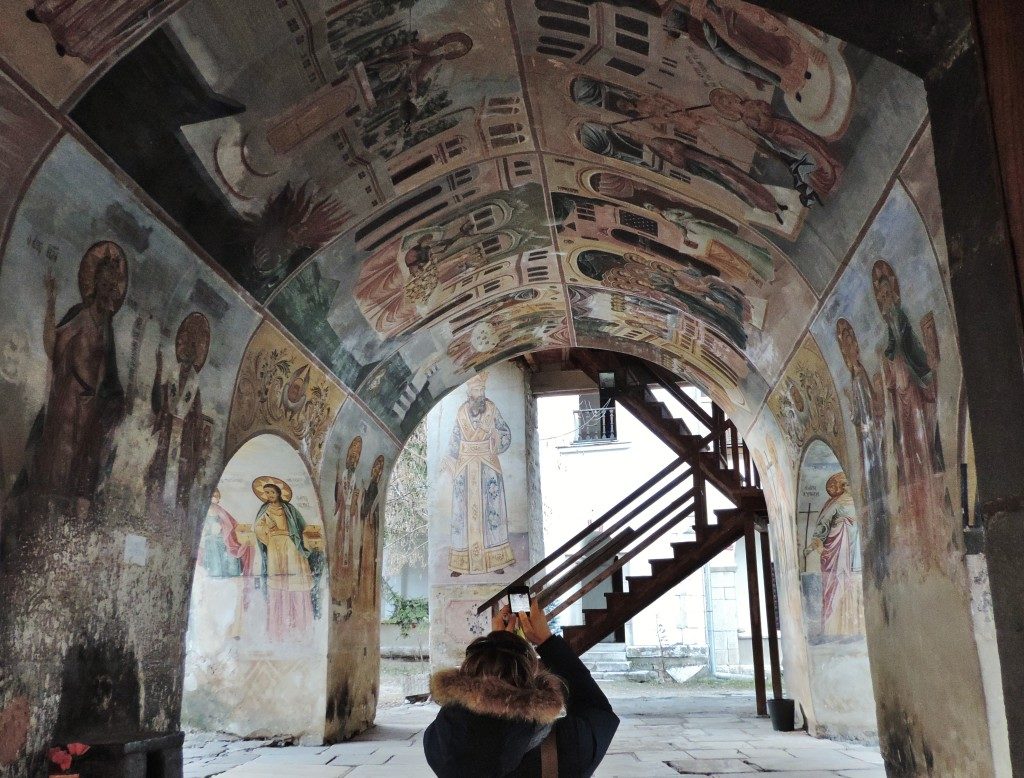 The Church of Sveta Bogoridtsa, paintings 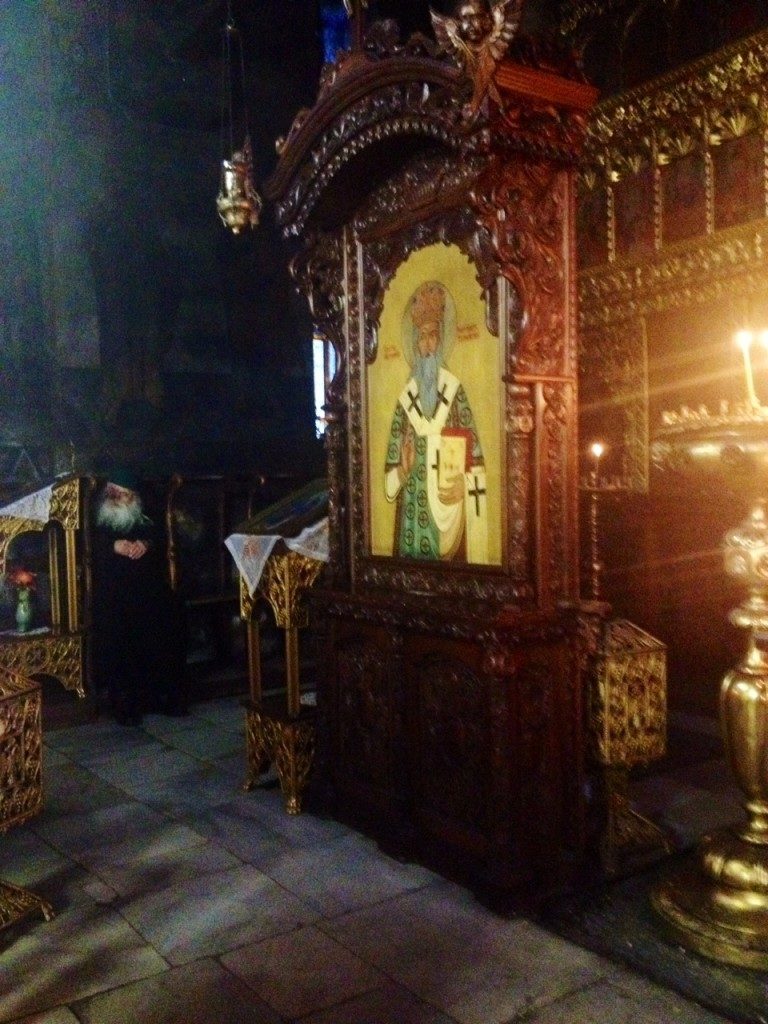 Inside the Church of Sveta Bogoridtsa

One of the most evocative places of the Monastery.

Dating back to 1600, the whole environment (in which is preserved the original stone table, named the Body of God) is painted with scenes from the life of Mary and Jesus, of the 12 Apostles, of the Last Judgement which according to the Orthodox considers only Heaven and Hell, and with the narration of seven of Ecumenical Councils.

An advice. The refectory is often locked, to be able to visit it is necessary to ask to the gatekeepers (almost always near the gift shop). 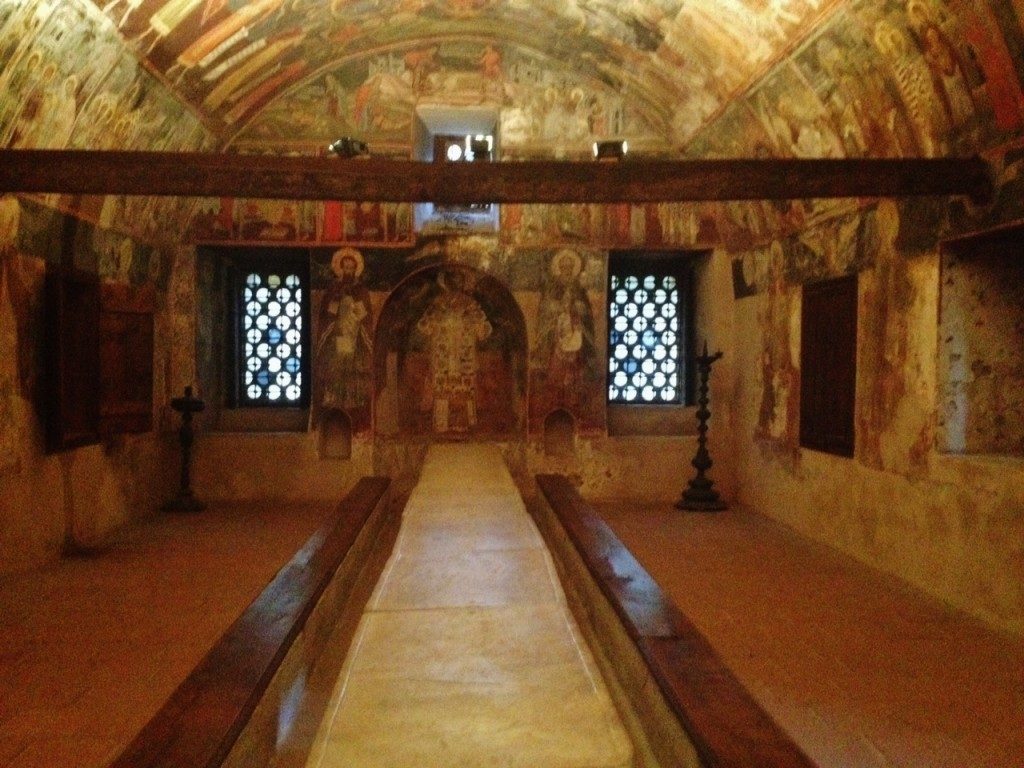 This small church located in the courtyard of the old Refectory is almost always inaccessible because of religious services, during which is strictly forbidden to enter.

The frescoes in the front portico, made by the monk Zograf, tell about the Last Judgement and especially the damnation of the Turks, invaders guilty of having compromised the foundations of culture and orthodox tradition.

Outside the monastery complex there is the Old Ossuary which unfortunately is visible only from the outside, access is allowed only to monks. 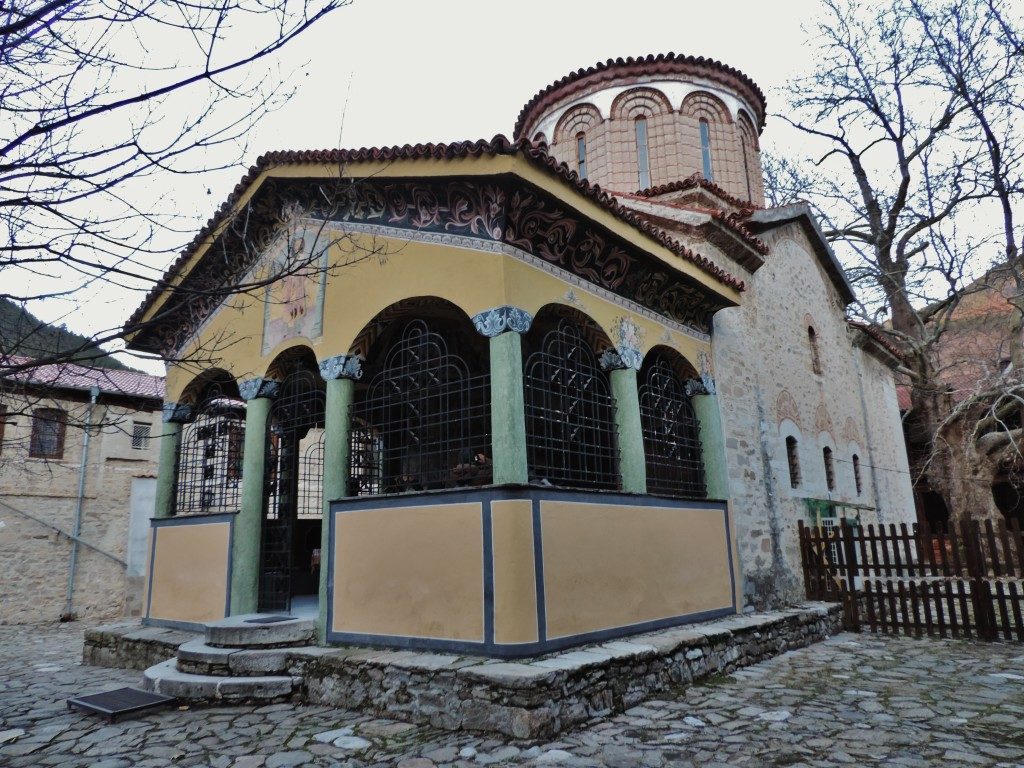 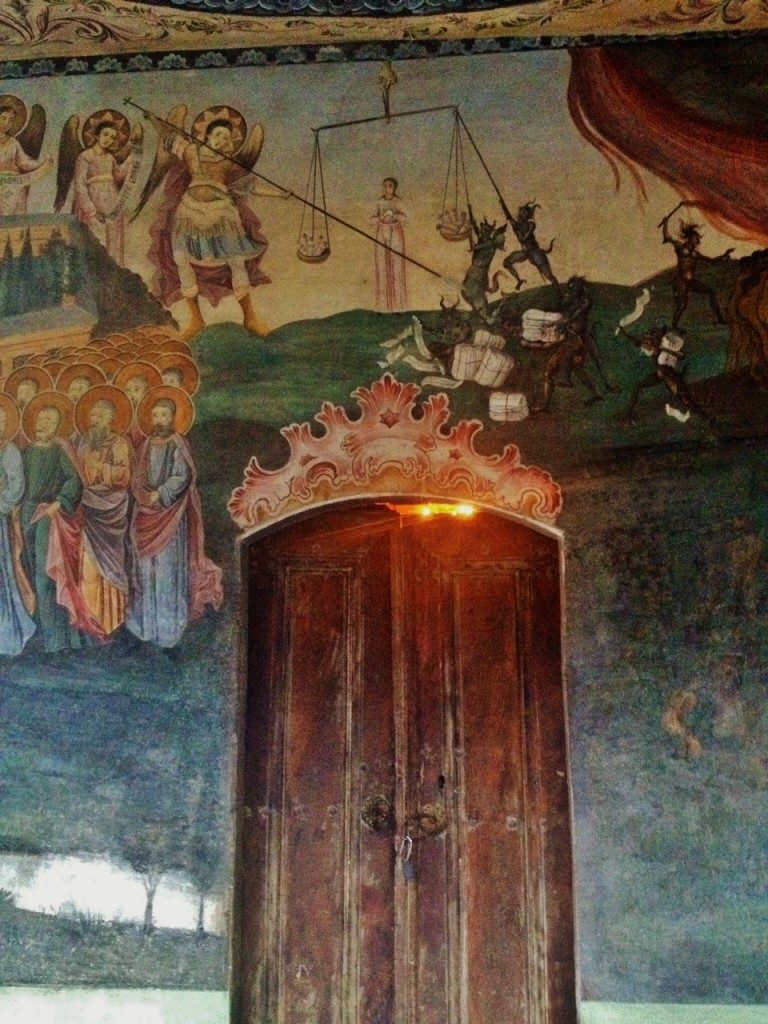 The Church of Sveti Nikolai, the Last Judgement

The Monastery is easily reachable from Plovdiv with a day trip. There is a bus route that from the Rodopi station quickly reaches the country of Bechkovo.

In the square outside the holy complex there are some walking trails to discover the hills and nearby villages, inside the Monastery is possible to buy the guide with a map in English.

It is possible to stay overnight within the Monastery, the price is just under 40 lev.

To book it is necessary to ask at the front desk over the gift shop.