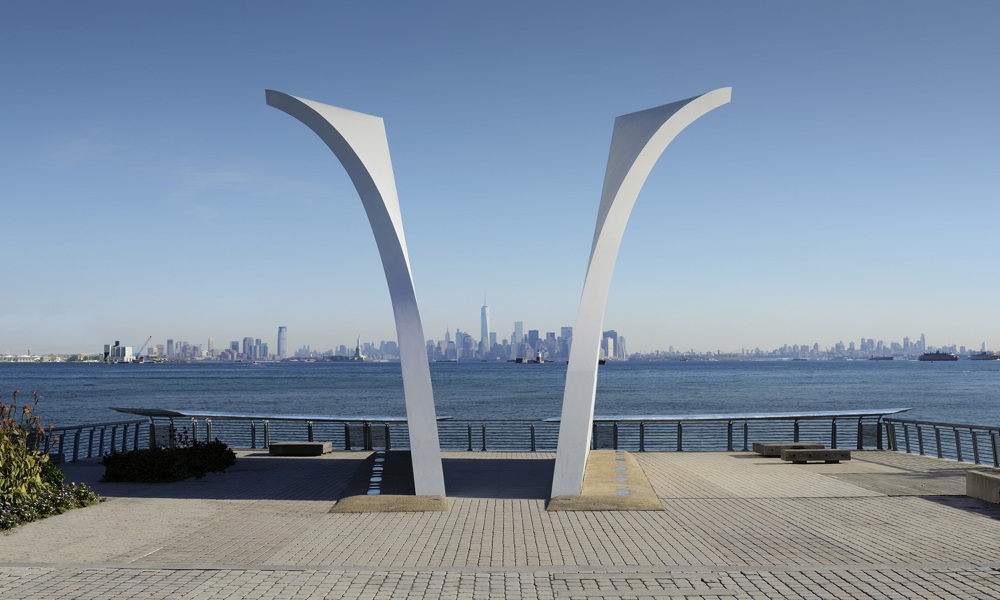 To tell and write about what to see in Staten Island – after have tasted it again and enjoyed it calmly during my latest stay in New York – it is much more natural and easier than I’d have ever thought.

As if instead to be in front of the Mac’s keyboard I was actually still there, walking through the streets of the lively Italian quarter or among the Stapleton’s murals, maybe chasing the local stories about Giuseppe Garibaldi and Antonio Meucci (two real celebrities hereabout) or on the Grymers Inn top to enjoy the views of Lower Manhattan on one side and of the Verrazano Narrows Bridge on the other one. 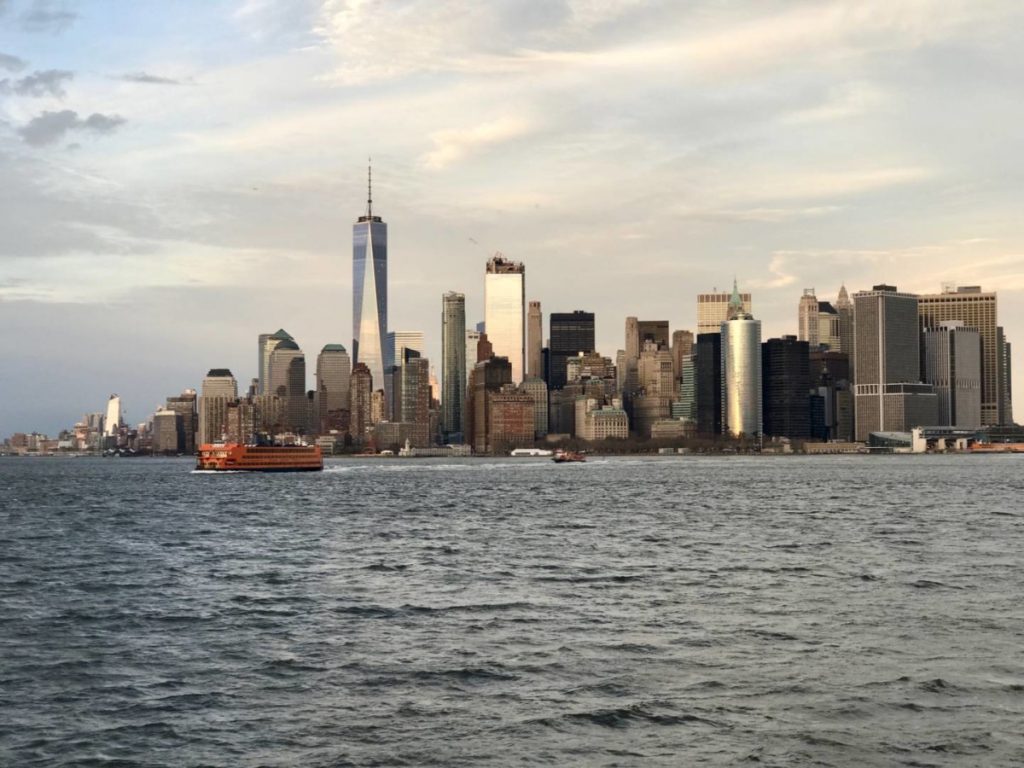 I can’t find an apter definition for an island that many people don’t know even to be like this. It is just 25 minutes far from the heart of New York by ferry boat and yet infinitely far from its dynamics and its rhythms: beautiful, much more than you can image, and unexpectedly rich in places, stories and paths. 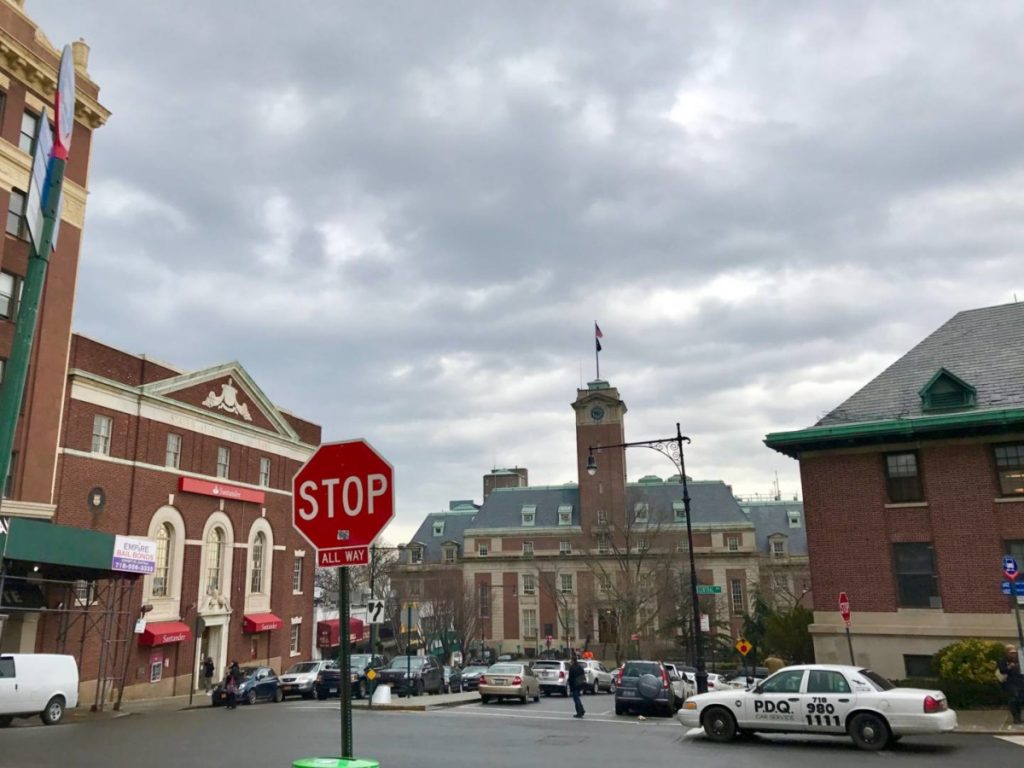 Almost bigger than Manhattan (it would take at least a couple of days to visit it entirely) and made precious by parks and naturalistic areas, museums, historic dwellings and entire quarters telling about immigration, communities coming from far, integration and life.

Down here there’s a one day itinerary – studied on purpose for you – with a variegate selection about what to see in Staten Island. Everything moving easily on foot and by MTA, the subway line cutting the island in two parts from north to south. 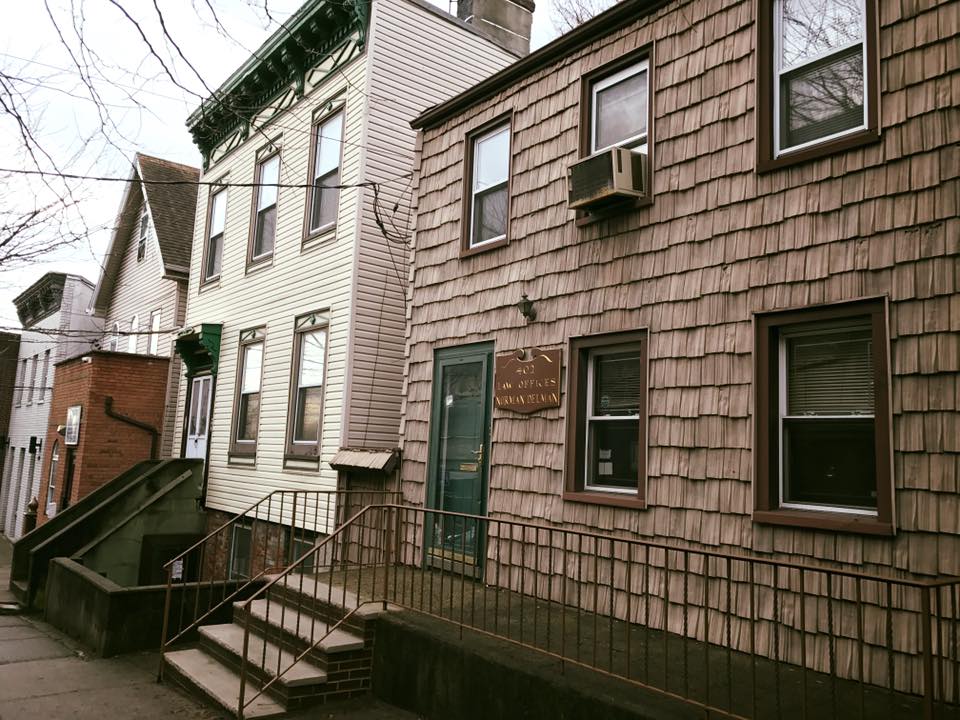 What to see in Staten Island: the Italian quarter 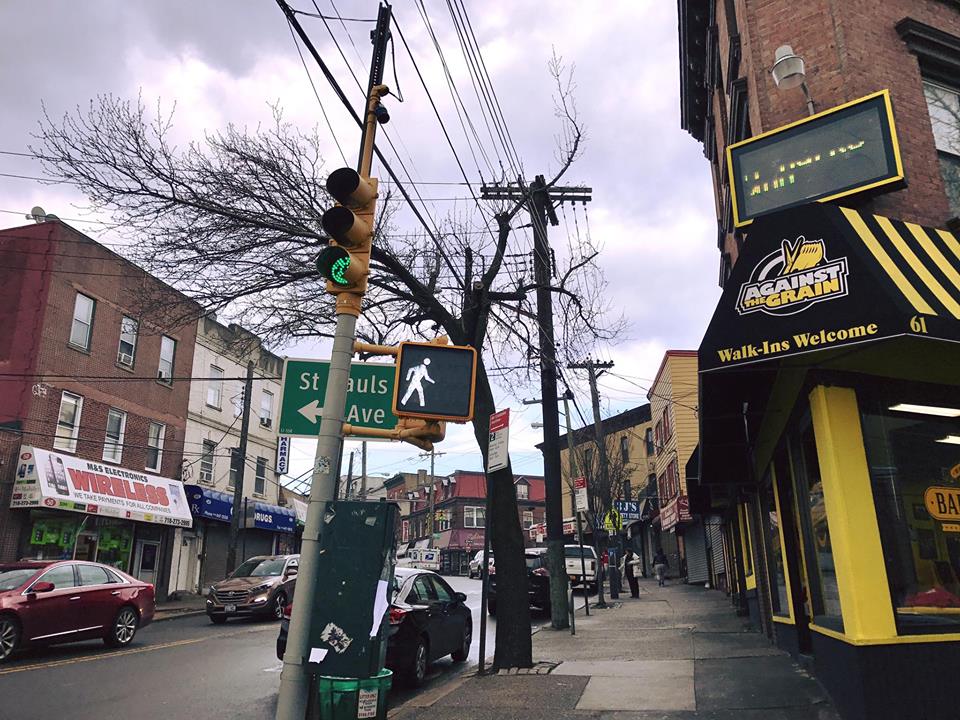 What to see in Staten Island: St. George, the Hispanic quarter

What to see in Staten Island: itinerary

The Staten Island Ferry berths at St. George Terminal, the quay taking directly to the heart of the quarter with the same name. 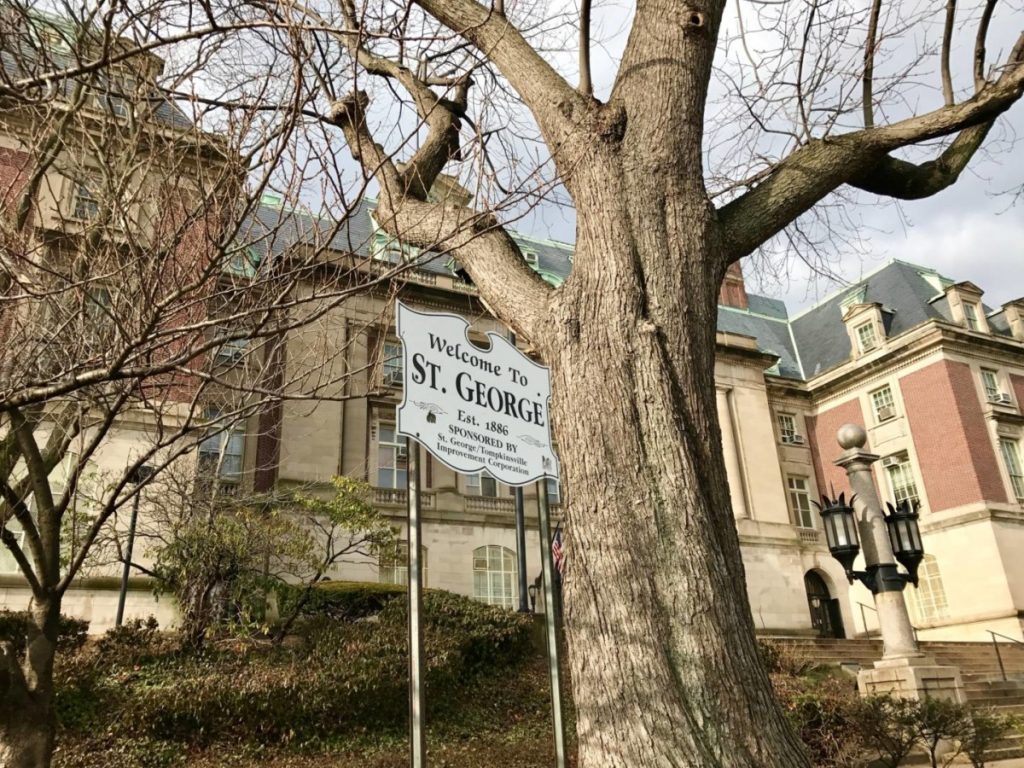 What to see in Staten Island: welcome to St. George

Once going out the passenger gate turn on the right in Richmond Terrace, get past the Yankees Staten Island Stadium (the “house” of the beloved local baseball team) and turn on the right again going towards the quay: ahead of you there will be a view of a special beauty, in traits moving (then you’ll understand why).

Try to imaginbe – besides the canal separating the New Jersey from New York, and the Upper Bay from the access to Hudson and the East River – the Lower Manhattan background with the Freedom Tower standing out over the other skyscrapers. Everything framed by the suggestive Staten Island September 11th Memorial, the first great memorial built in 2004 to commemorate the victims of the September 11, 2001 terrorist attack.

If you love particularly nature and maybe you are fond of Chinese culture and traditions, keep going along Richmond Terrace as far as Snug Harbor Dock to visit the New York Chinese Garden: it’s a 5000square meters area where to walk peacefully among streams, small lakes, stone hills and pagodas, everything organized according to the principle of the opposites Yin and Yang. A piece of authentic China in the middle of New York.

Before going to Tompkinsville make sure to have a gastronomic stop at Enoteca Maria (at 27, Hyatt St.) – where only the Italian “emigrated” grandmothers, at the beginning, and today all the grandmothers coming from all over the world cook the dishes of their own countries – and to have looked at the near, old and charming St. George Theater. 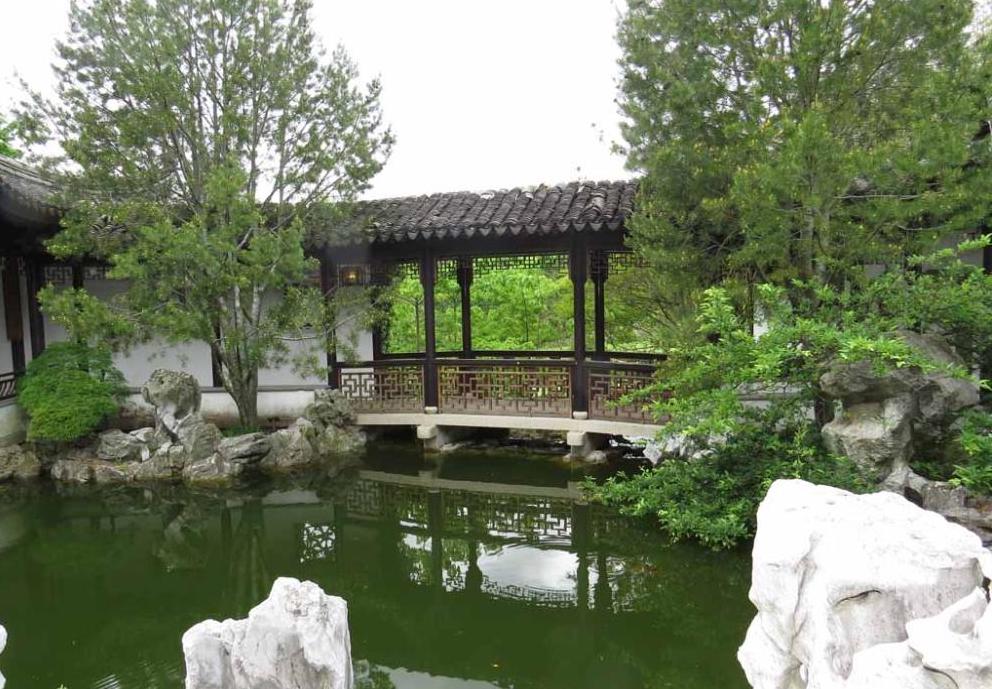 What to see in Staten Island: New York Chinese Garden

What to see in Staten Island: Tompkinsville and Stapleton

In a few minutes on foot reach the Tompkinsville Park to admire the Watering Place stone: according to the tradition it marks the point where the first European – a “certain” Giovanni da Verrazano – set foot in new York.

Going up the Grymers Inn hill as far as reaching Casa Belvedere, the most important Italian cultural center in the island: from here you can enjoy a wonderful view of the Verrazano Narrows Bridge. 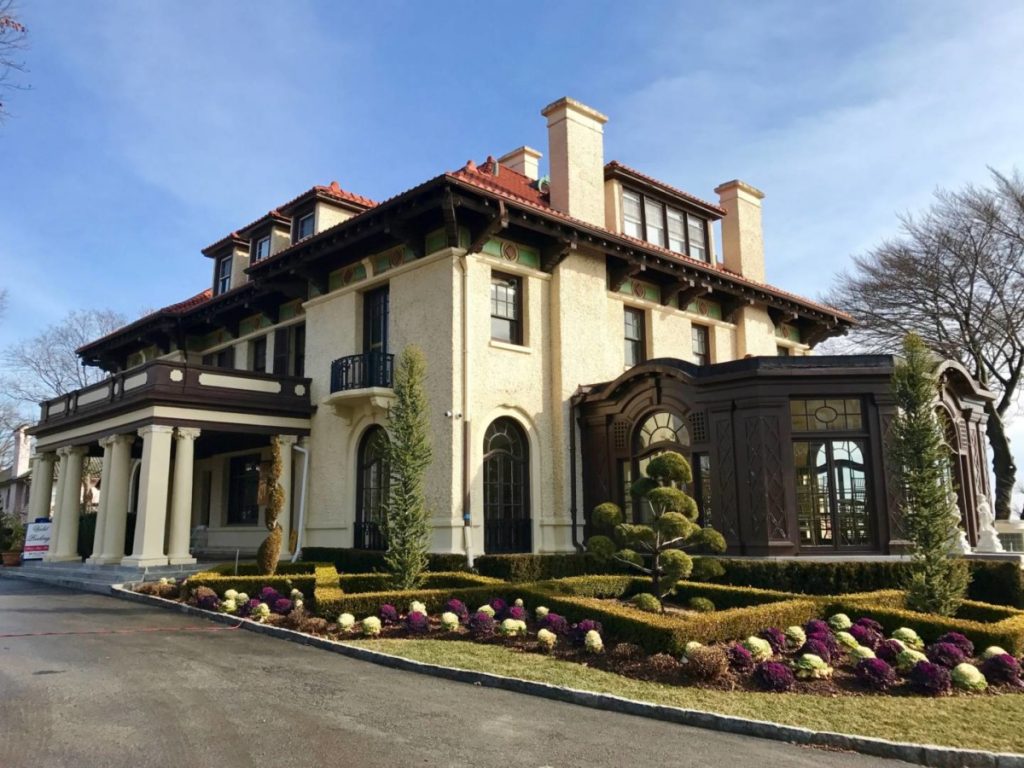 What to see in Staten Island: Casa Belvedere 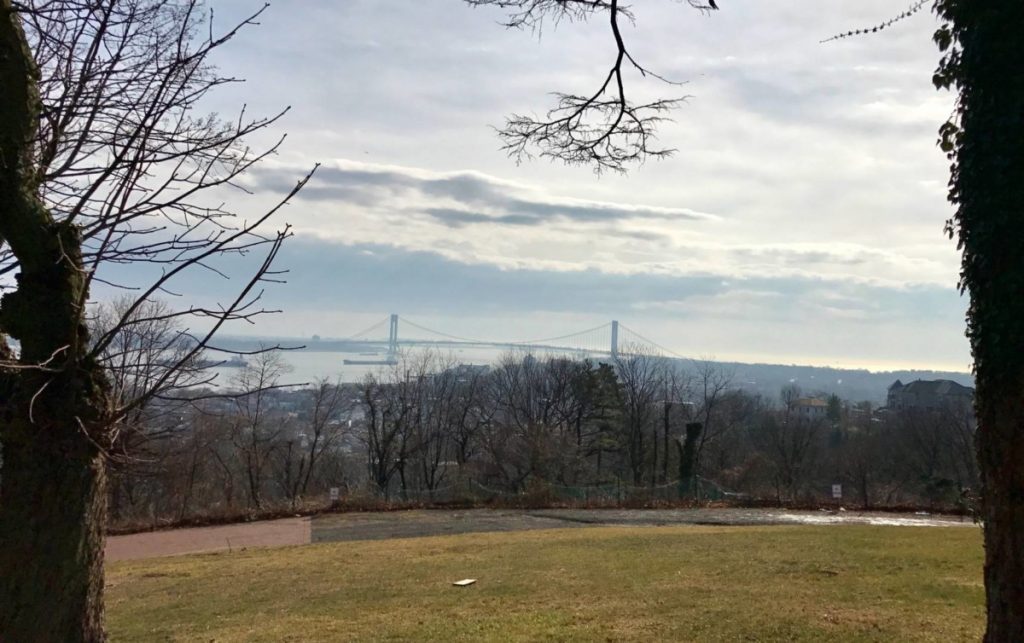 View of the Verrazano Narrows Bridge

The downhill walk towards Stapleton allows to discover the beautiful Victorian houses following one another along the hairpin bens.

Reach the subway stop with the same name to admire the Bay Street murals and the multicolor side streets animated by the lively Afro-American community. 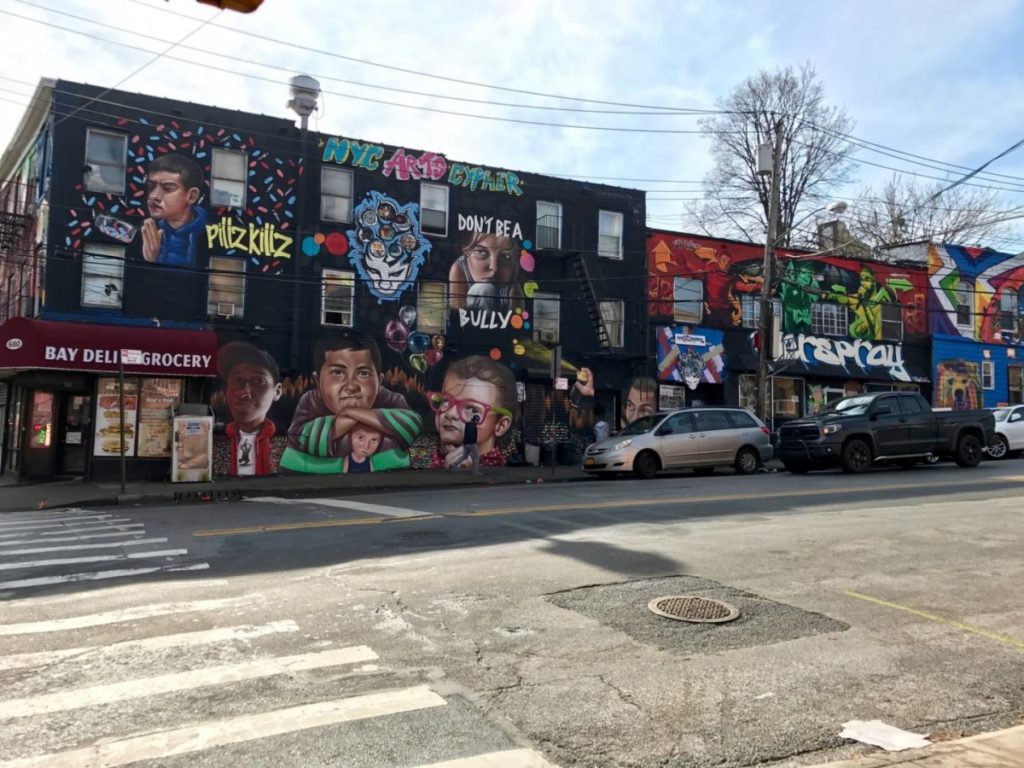 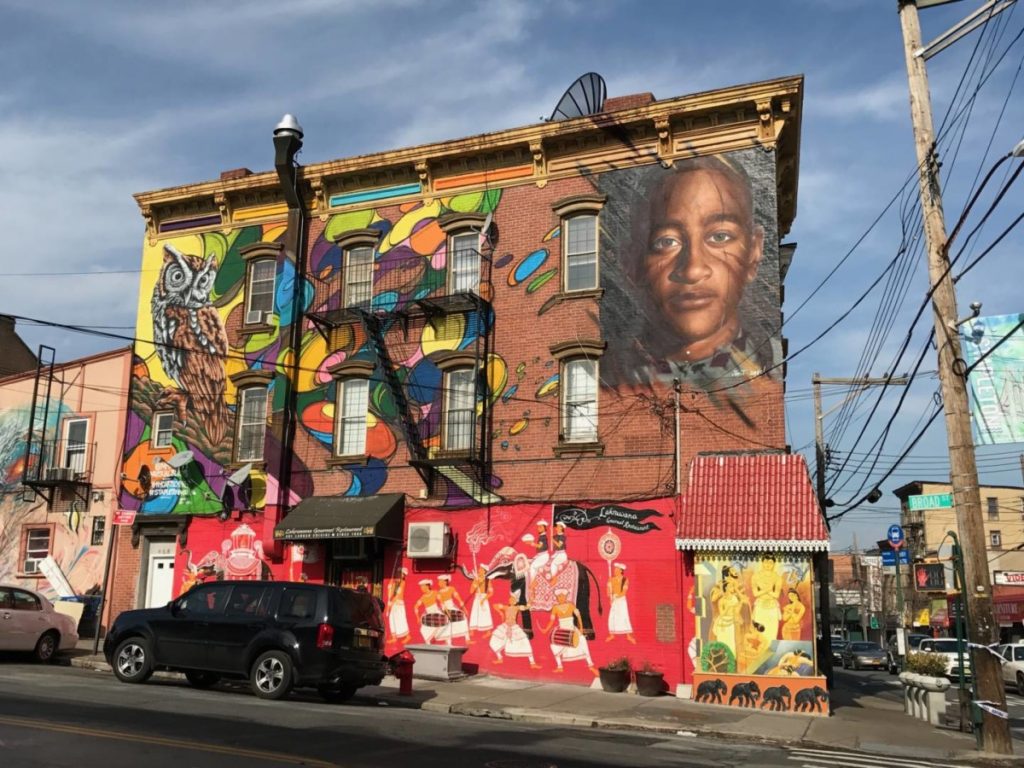 It’s the Summer dwelling of one among the first and most famous American female photographers, who lived between the 1800s and the 1900s, and who was famous to have taken photographs of the first immigrants arrival (vicissitudes and pain) to Ellis Island.

The Alice Austen House Museum – located few minutes far from the Clifton subway stop on foot – houses a permanent exhibition about her shoots and organizes periodically a series of events related to the photography world. 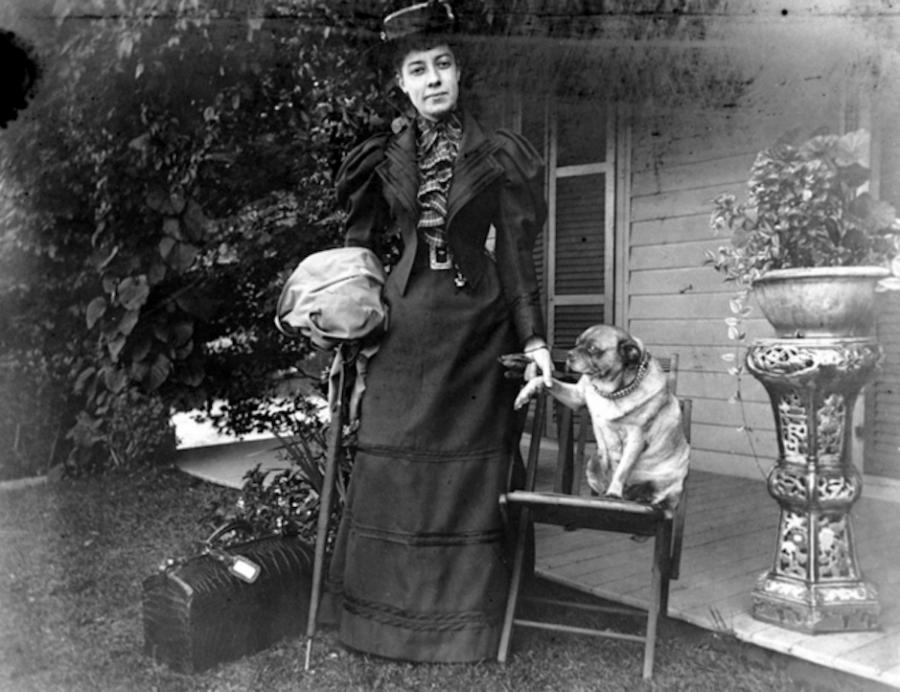 Alice Austen in her Summer dwelling 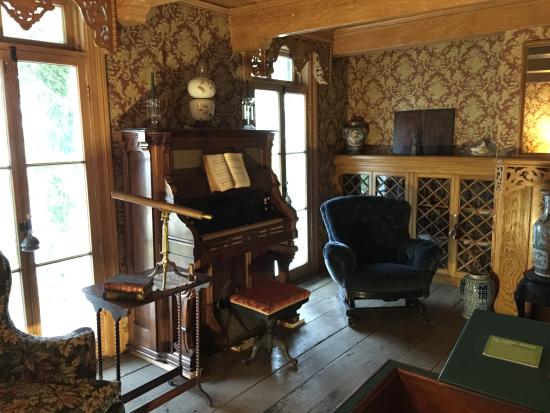 What to see in Staten Island: Alice Austen House Museum, the inside

Little far at 420, Tompkins Ave, it’s possible to visit the house of two great Italian characters who lived here together for a few years, Antonio Meucci and Giuseppe Garibaldi, and visit the grave of the first one, whose ashes are kept inside the memorial obelisk in the garden.

The Garibaldi-Meucci Museum contains really many relics related to the two characters, included the documents about the first experiments made by telephone Meucci did and helped right by Garibaldi. 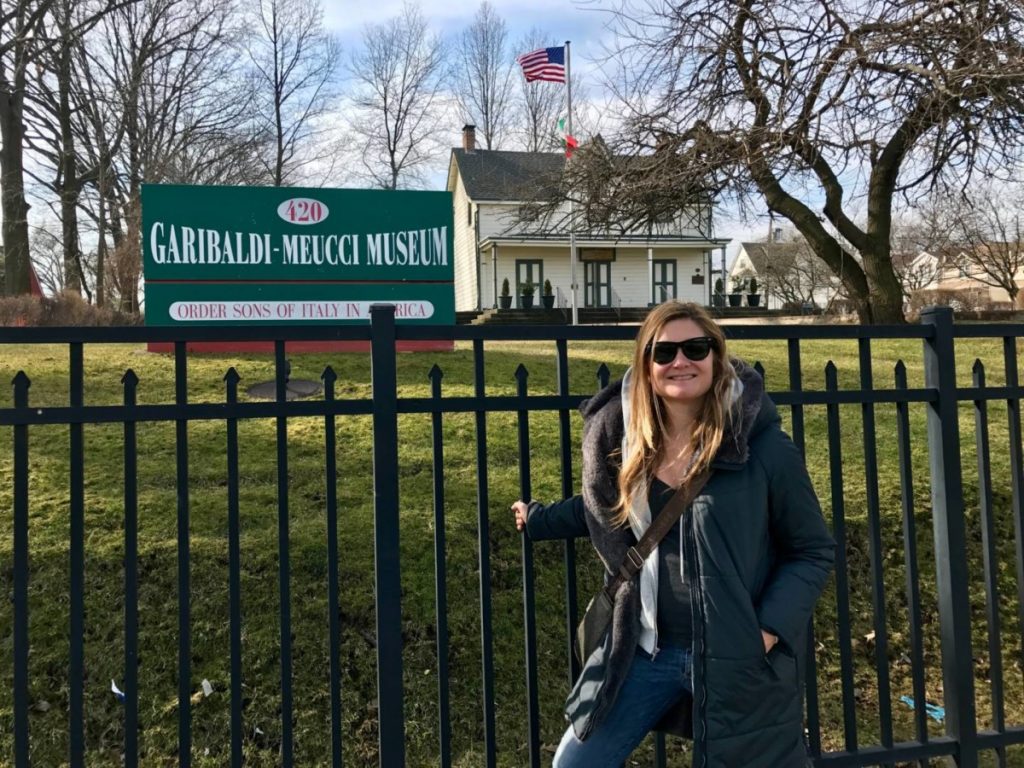 What to see in Staten Island: Garibaldi-Meucci Museum

The anecdotes about the two friends are really many: it seems that still today their memory is very strong among the locals so that the turned their house into a school dedicated to the Italian history and culture besides into a museum.

A facility entirely run by American people (Italian people’s children and grandchildren) who want to give the honor of the telephone invention’s record (stolen by the sly Bell) back to its legitimate creator, just Antonio Meucci. 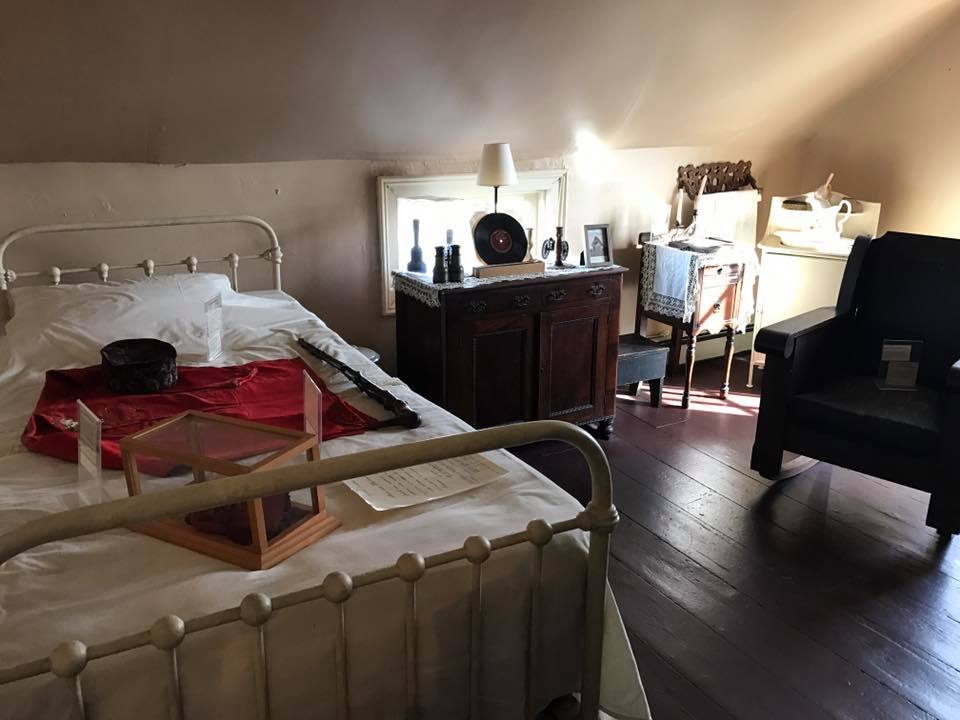 Garibaldi’s bedroom where Meucci made the first experiments by telephone 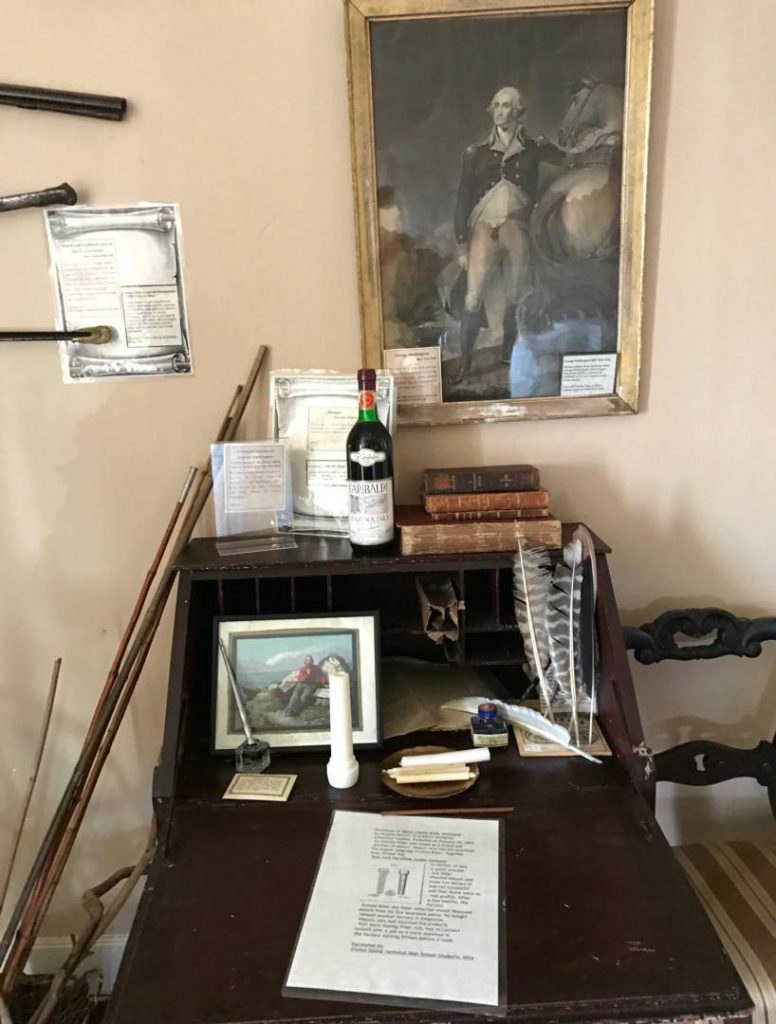 What to see in Staten Island: Garibaldi’s bedroom details

What to see in Staten Island: Historic Richmond Town

Take the subway again in Clifton and go southwards as far as the Oakwood Heights stop.

Cross on foot the Amundsen Circle and keep walking along Clarke St. for about 15 minutes: on the right you’ll run into the Historic Richmond Town.

It’s a village rose up at the end of the 1600s following the arrival of the Dutch people and perfectly kept over time. 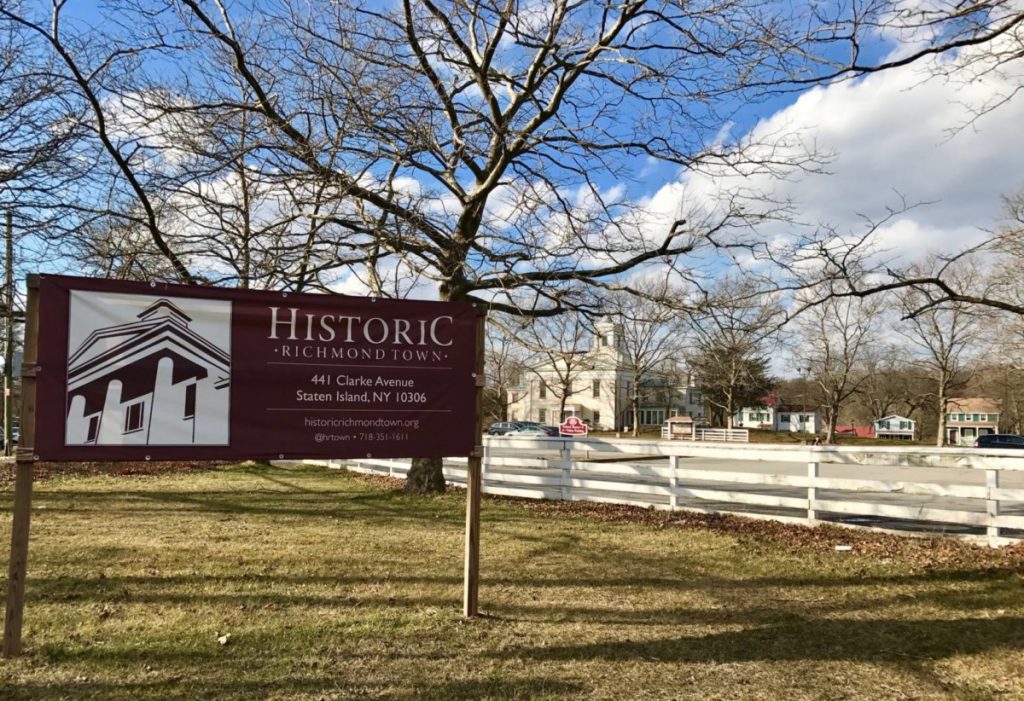 What to see in Staten Island: Historic Richmond Town

Today the houses, the streets, even the old church on the hill (with adjoined cemetery), preserved in the smallest details, are part of a museum complex organizing tours with period costume guides to tell about life and habits from the first colonies until the beginning of the 1900s.

A little ancient world swallowed by the Latourette Park luxuriant nature including in its paths some very beautiful Victoria dwellings, counted among the most ancient ones in the whole New York. 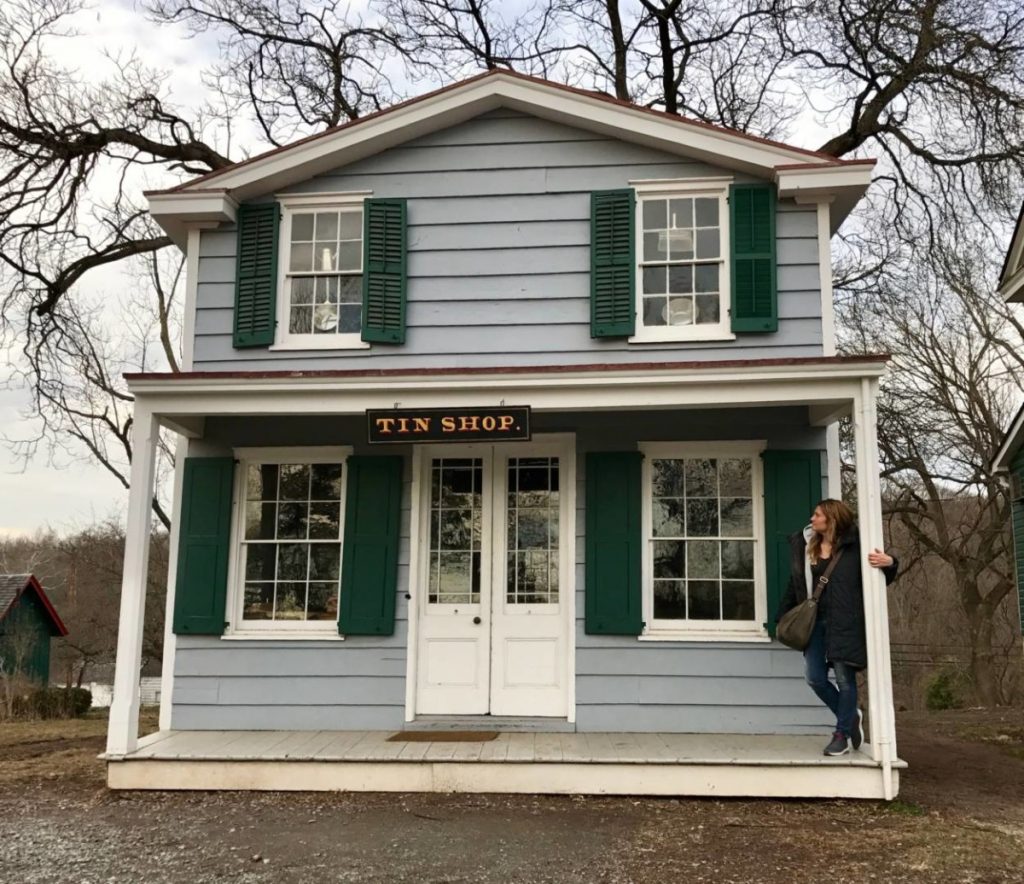 What to see in Staten Island: Historic Richmond Town, details 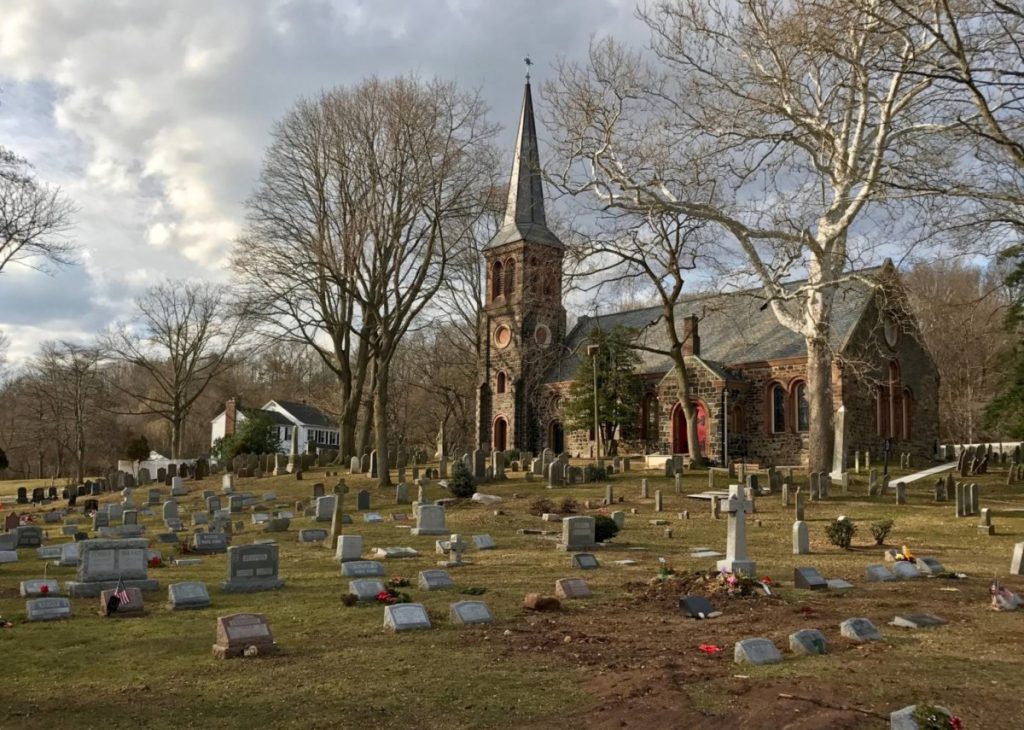 What to see in Staten Island: Historic Richmond Town, the church on the hill and the old cemetery

I could keep going on listing at least other 5 national parks present in Staten Island, the beaches to the south (besides the Verrazano Narrows Bridge) literally besieged in Summertime and a series of museums ranging from New York City history to the island one – like the Staten Island Museum – as far as arriving to the most suggestive museum in the whole are – the National Lighthouse Museum.

But then it would take you at least two days more.

So what to do?

My tips is to start from the multiple cues offered in this short guidebook and then maybe select what you didn’t have the time to see and of course…come back! 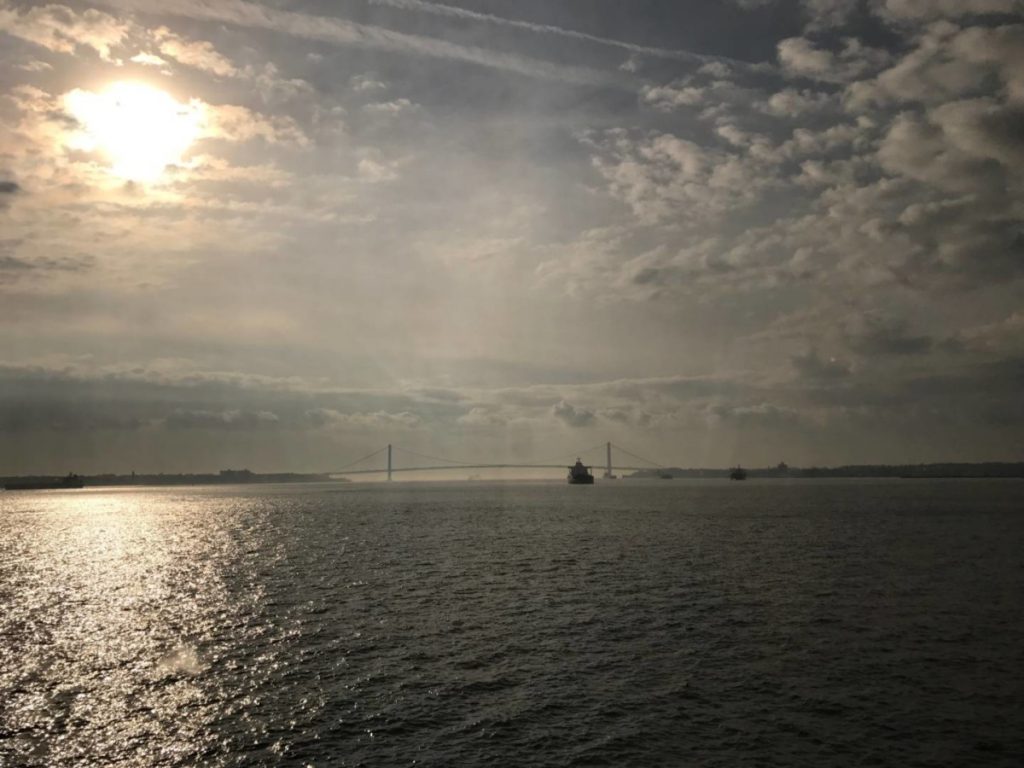 Views of the Upper Bay

What to see in Staten Island: practical info, how to arrive and how to move

The Staten Island Ferry leaves every 20/25 minutes and takes more or less the same time to complete the whole route. Free service and it works day and night non-stop. 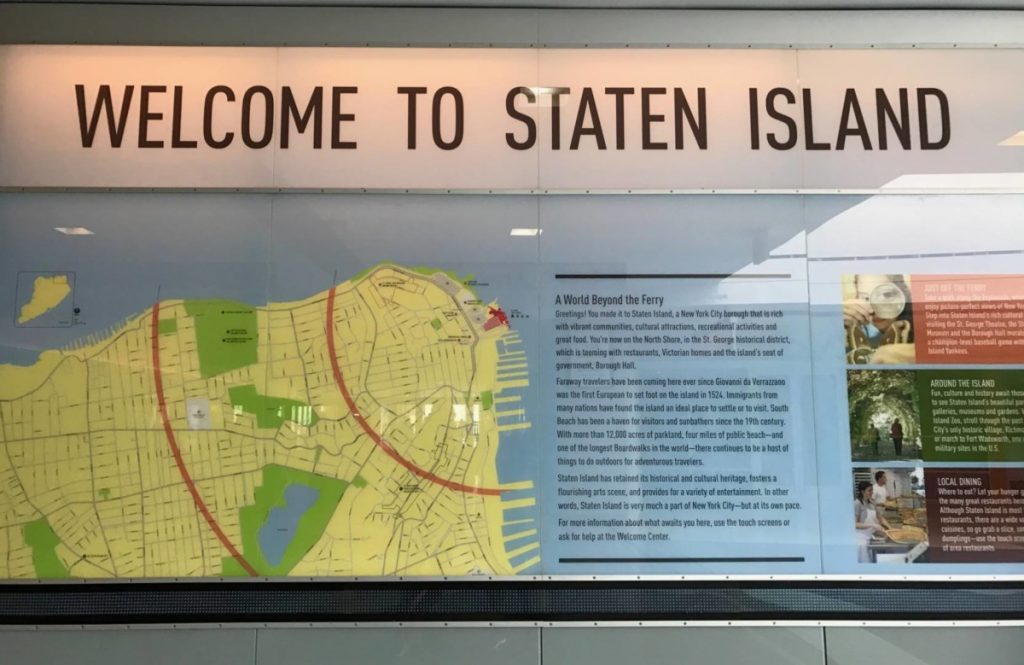 The MTA Staten Island Railway – the subway crossing the island – is for a fee (with metro card) only in the first two stations, St. George and Tompkinsville. All the other stops have free and unlimited access. 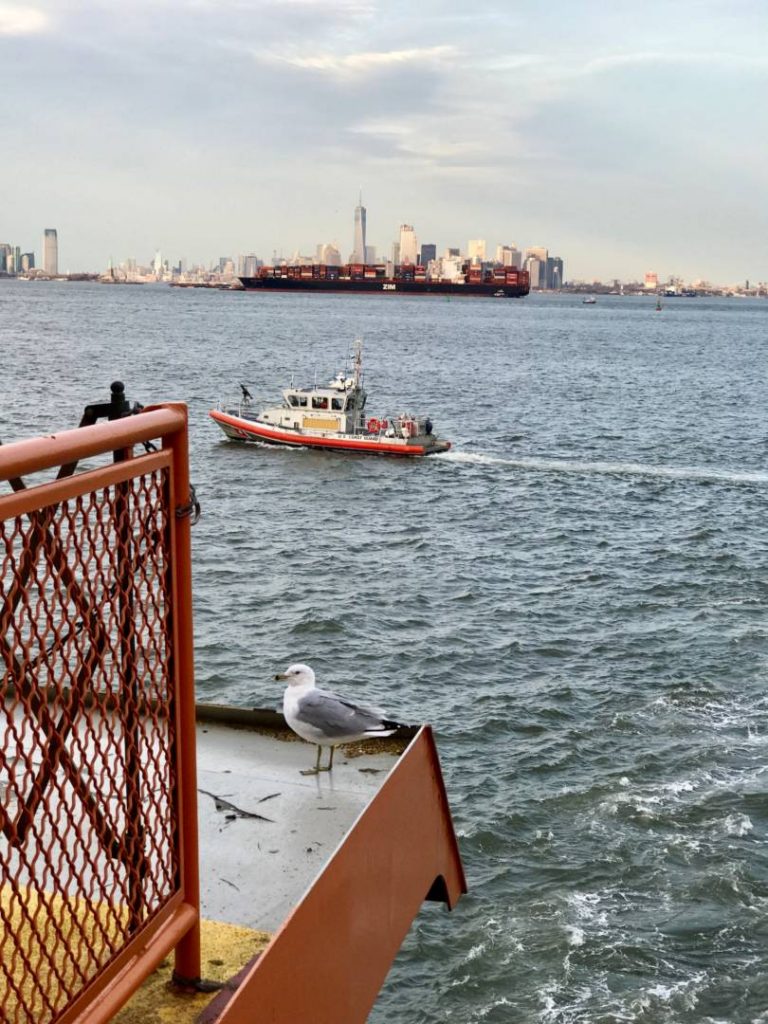 From Staten Island to Lower Manhattan

Visit the valid official website of the island tourism – Visit Staten Island – for further information about your visit, moving and eventual deepening and curious issues.