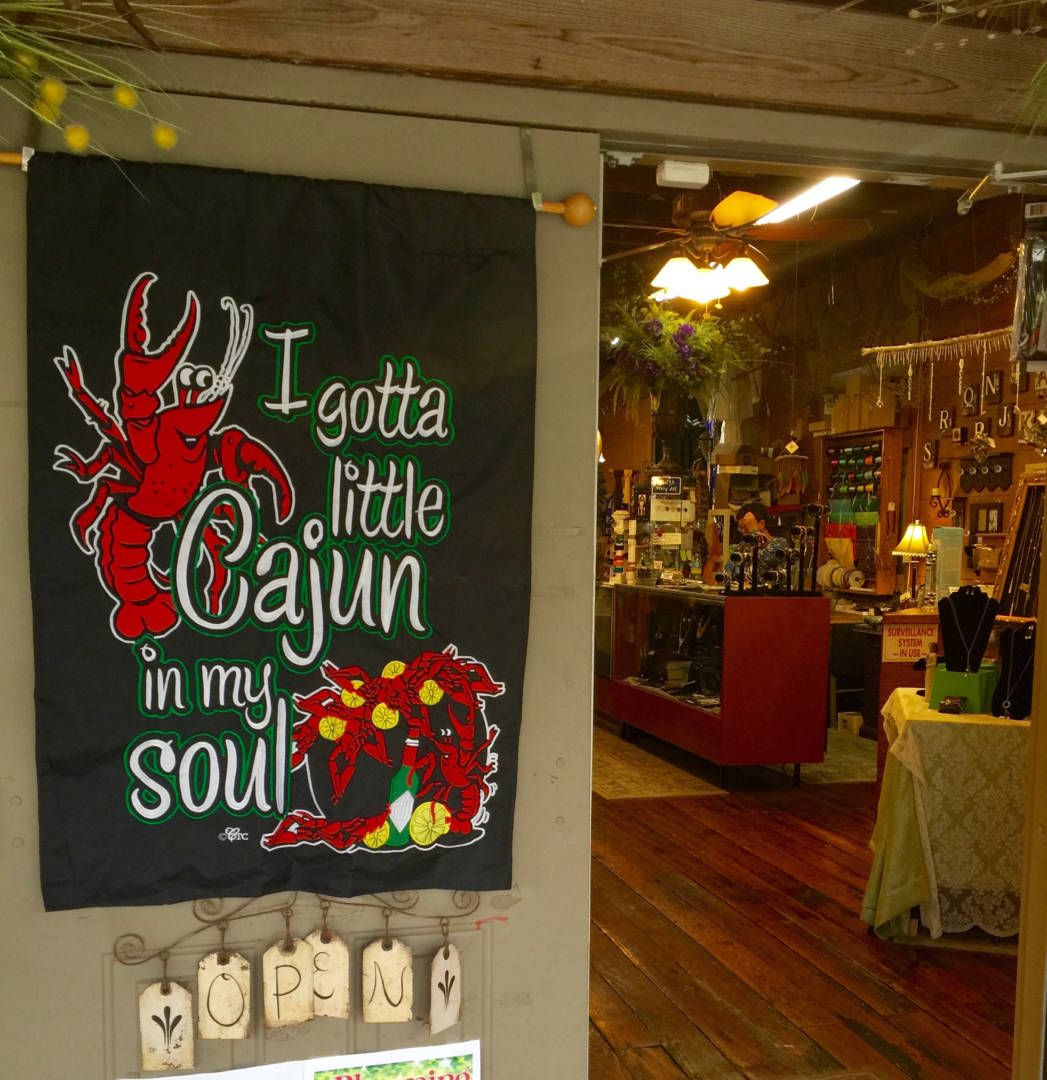 What to see particular and unusual in Louisiana?

Immediately the colors, the old buildings and the retro atmosphere of the ancient and picturesque little town of Lafayette occurred to me. Then the charm, the savors, the music and the history of the Cajun Country, some of its most distinctive villages and the near marshes, the so-called bayou. 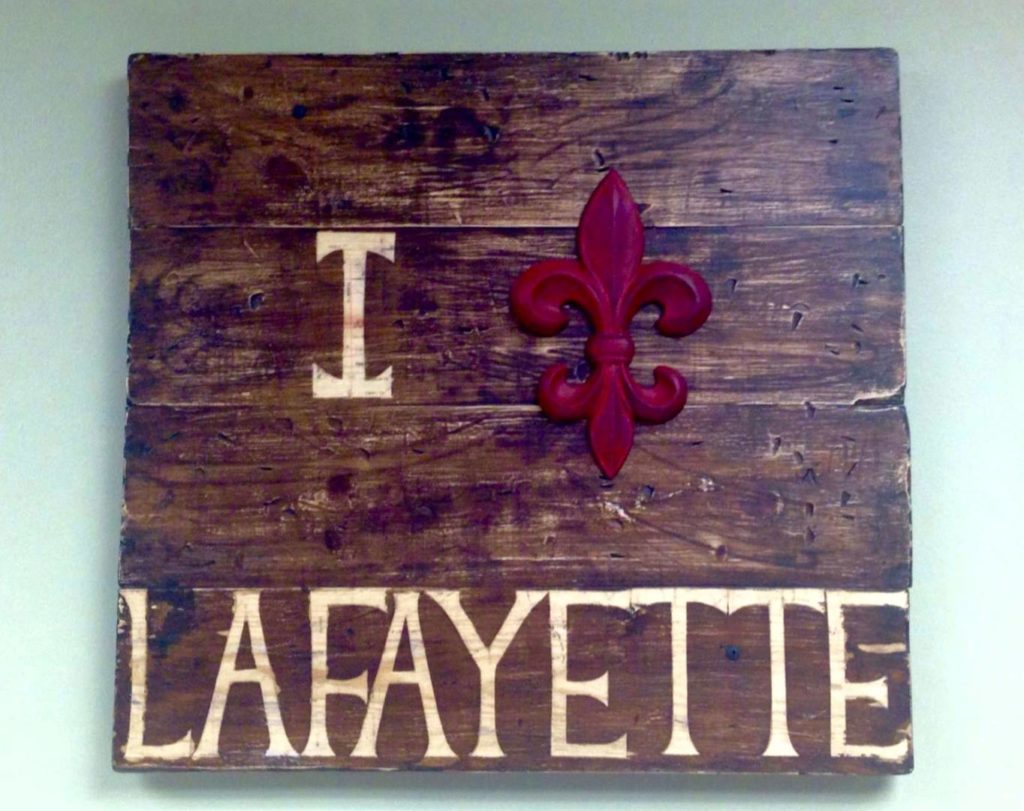 What to see in Louisiana: Lafayette

A network of boundless water mirrors, set in a thick vegetation (alligators included) and crossed by a series of canals. It formed due to the particular geophysical conditions of this “middle area” where the land gradually meets the Ocean, as far as disappear – please, let me pass the term off – definitively in the Gulf of Mexico.

One of the legs – or it would be better to say one of the mini itineraries – I always recommend to put inside a long on the road in the Southern United States; particularly for people who ask me for specific information about what to see in Louisiana outside the usual tourist circuits. 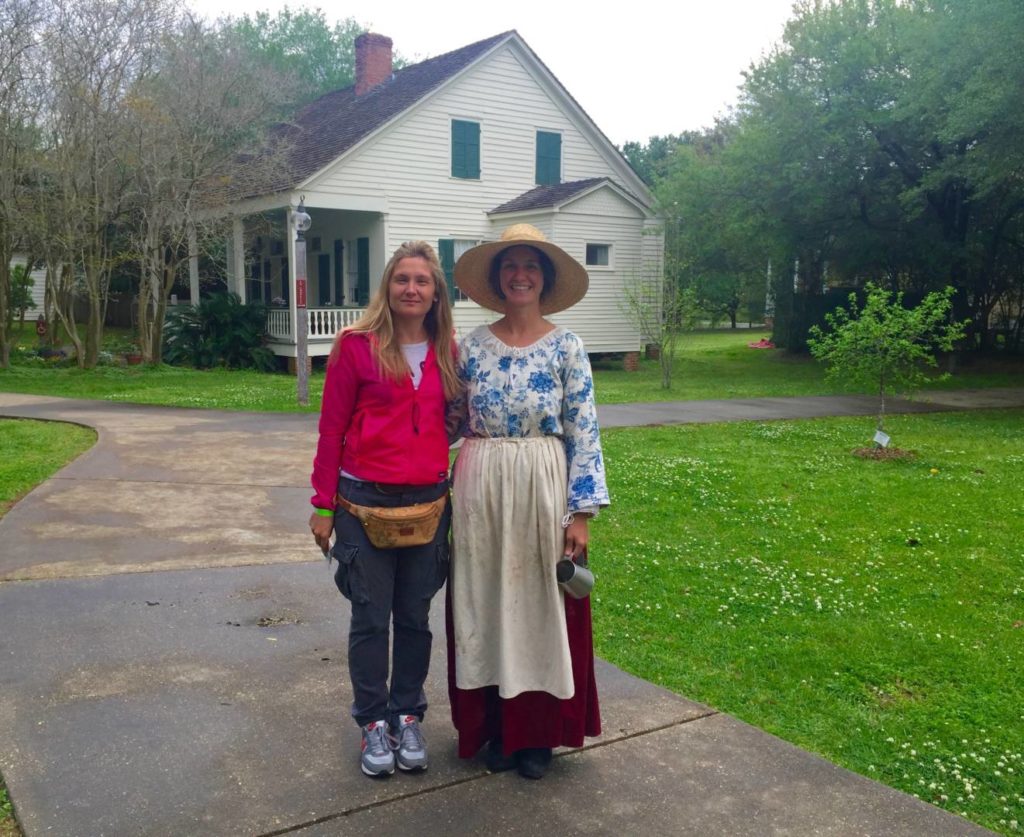 What to see in Louisiana: Lafayette and the Cajun Country 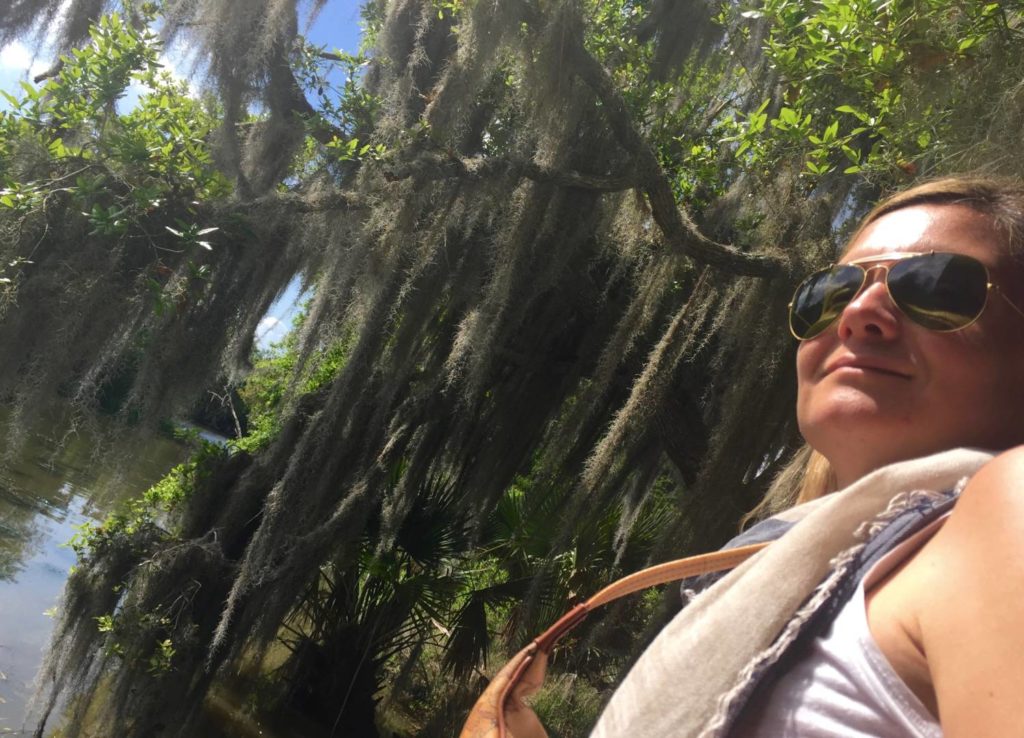 What to see in Louisiana: the Bayou of the Cajun Country

The Cajun Country develops over an area enough wide, from the Plantation Country to the east – to end up at Baton Rouge – as far as the Texas border to the west, the Gulf of Mexico to the south and the Crossroads region (the high part of Louisiana) to the north.

In the middle there’s the little town of Lafayette, which is considered the capital of the French Louisiana and of the Cajun culture by the most part of people. And all around picturesque villages which alternate with – like I was writing above – a series apparently boundless of marshes, thick vegetation and canals. 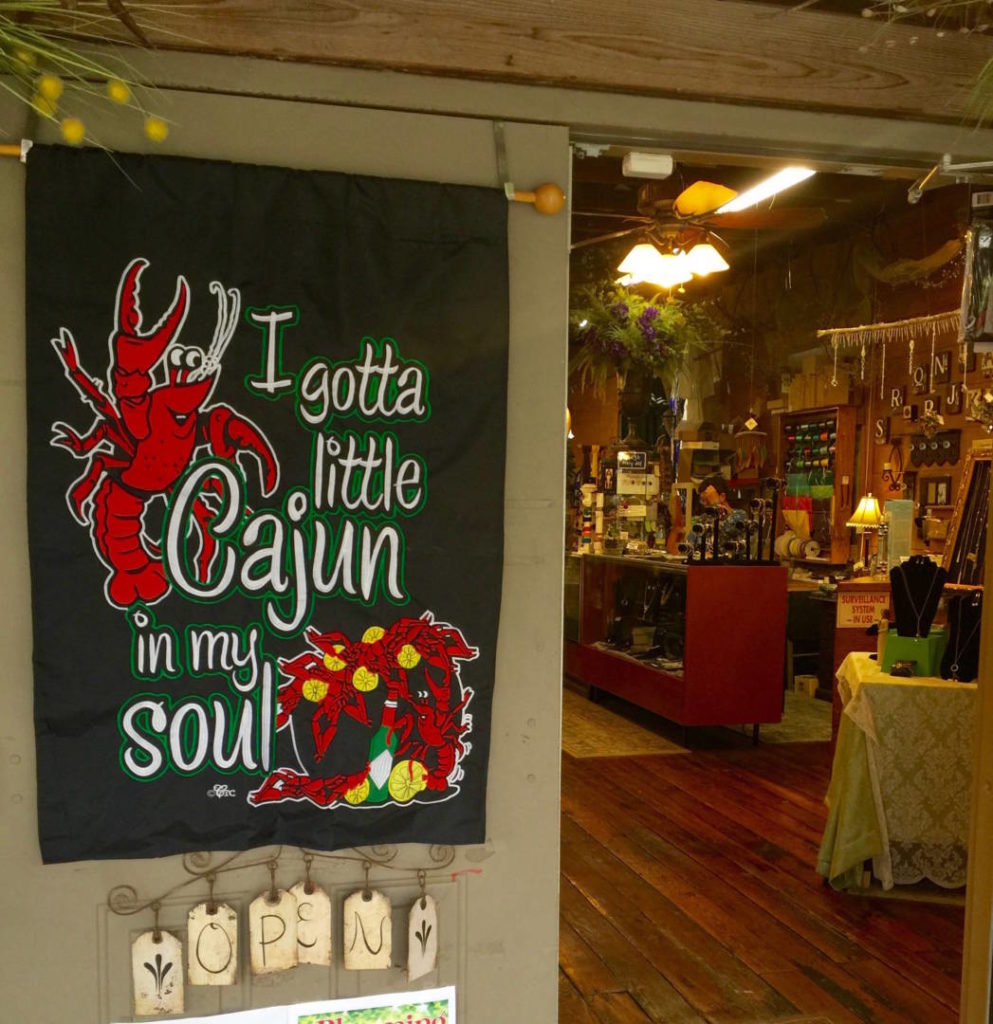 What to see in Louisiana: the Cajun culture

The history of the Cajun Country is unique and captivating.

In the 1785, after a decade of vagabondage, following the expulsion from their lands by the English, in this area arrived the French colonies of the Acadiana, a region which corresponds to the actual New Scotland in Canada.

They survived and proliferated thanks to the help of the local Natives, the Attakapa Indians, and of the strong and friendly Creole community, one of the most ancient local cultures of Louisiana. 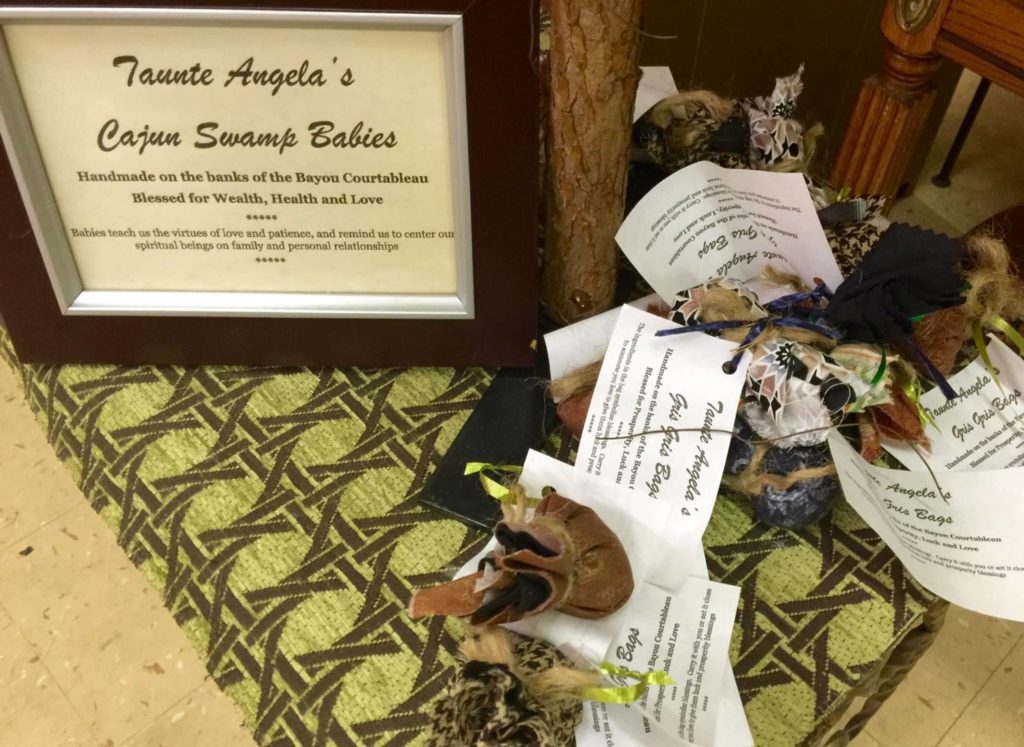 What to see in Louisiana: the “voodoo” stores of the bayou Cajun

They started to practise haunting and fishing and to build little settlements in the most fertile and less marshy areas. So they created a really happy island where can keep proudly languages and traditions, integrating the musical and gastronomic traditions with the local ones and creating a one of a kind community in the world.

The term “Acadian”, due to the pronounce difficulties by Natives and Creoles, was progressively turned into “Cajun” (losing the initial “A”), and so gave origin to that one these days is considered by everyone the Cajun Country.

Today the Cajuns are the widest French language ethnic group in the whole United States.

They are a coherent group, proud of its own history, extremely sociable and opened: it is really happy to welcome tourists and visitors – included the typical savory cuisine and the enthralling ballades of zydeco music – and to show the original lifestyle in the bayous. 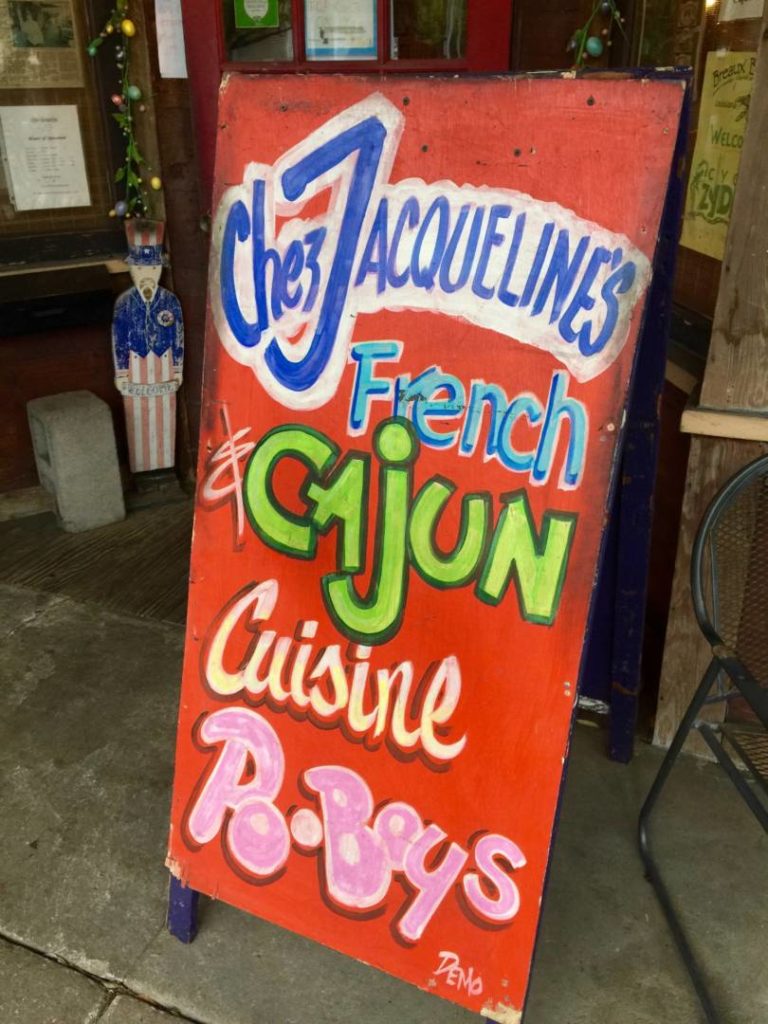 What to see in Louisiana: a tour to the Cajun restaurants of the Atchafalaya Basin

What to see in Louisiana: visit Lafayette

In 1821 a group of Acadians built a village around a little church near the Vermilion river; the center, Vermilionville, was named after the river flowing next to it.

In honor of the French General Gilbert du Motier, Marquis La Fayette in 1884, the town turned its name into Lafayette, in the purest spirit and love for the Cajun tradition, proud of its French origins. 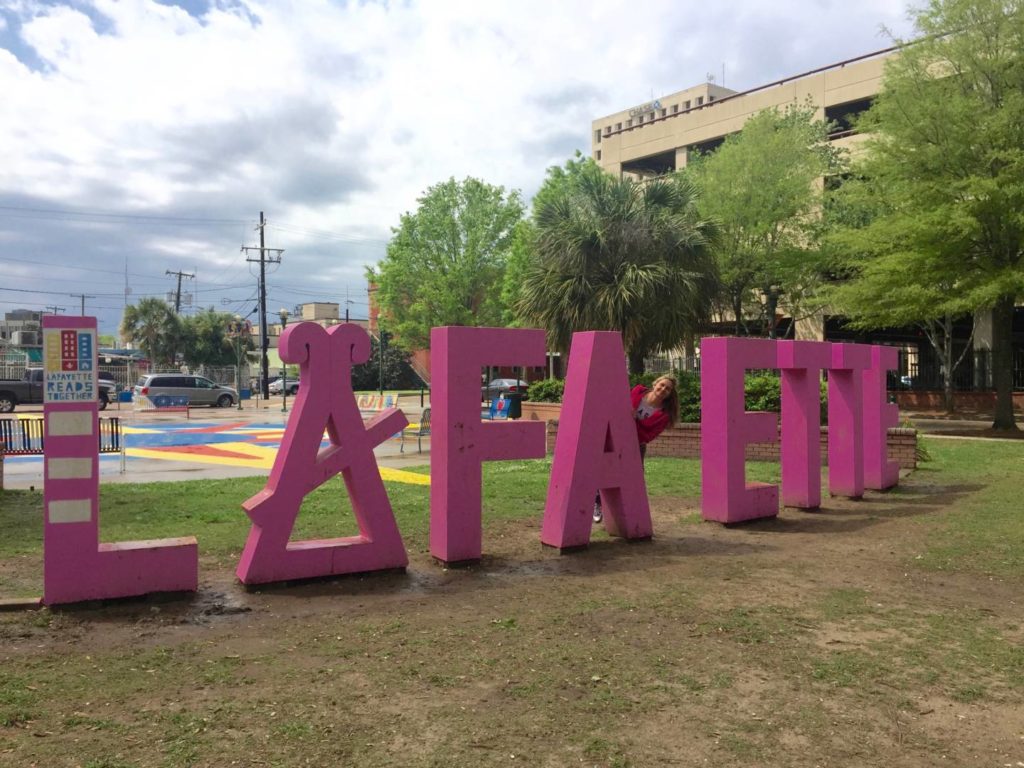 What to see in Louisiana: welcome to Lafayette 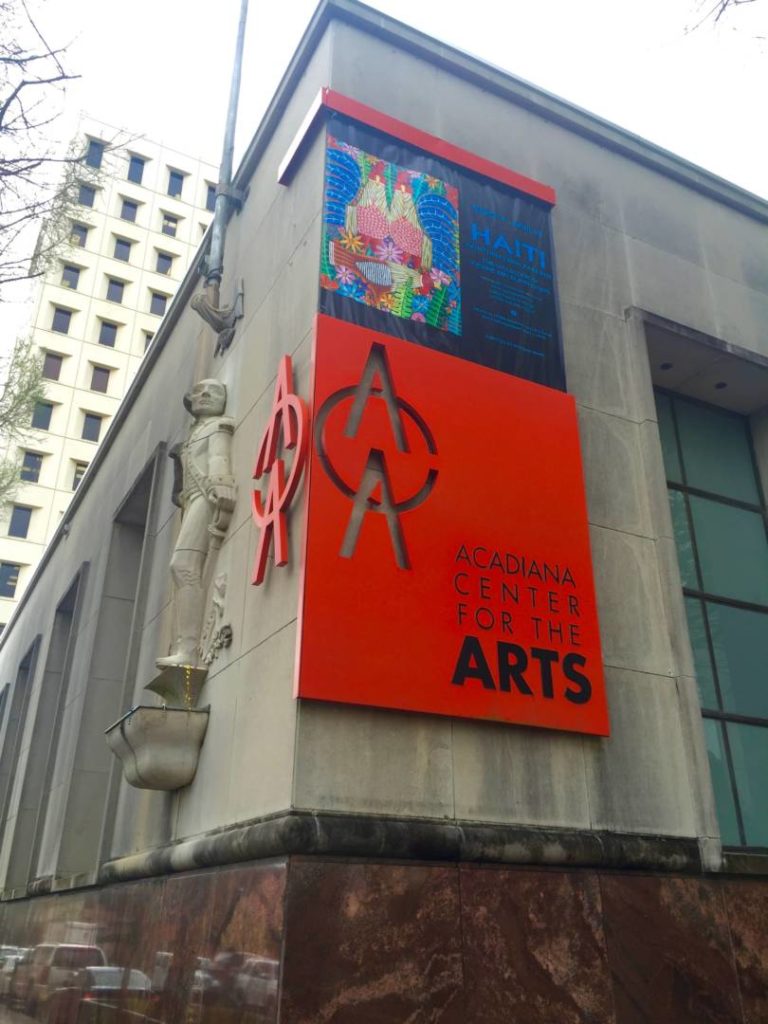 Lafayette, Acadiana Center for the Arts

Today Lafayette is a lively and sunny center offering to visitors a very cared historic core, rich in restaurants, stores and places where to listen to good zydeco music, and not only.

The most ancient area begins from the very beautiful St. John the Baptist Cathedral and from the near monumental cemetery (with the feeling to be magically catapulted into the most famous Lafayette Cemetery in New Orleans) and developing then as far as the art galleries and the theaters of the Acadiana Center for the Arts, exactly in the downtown. 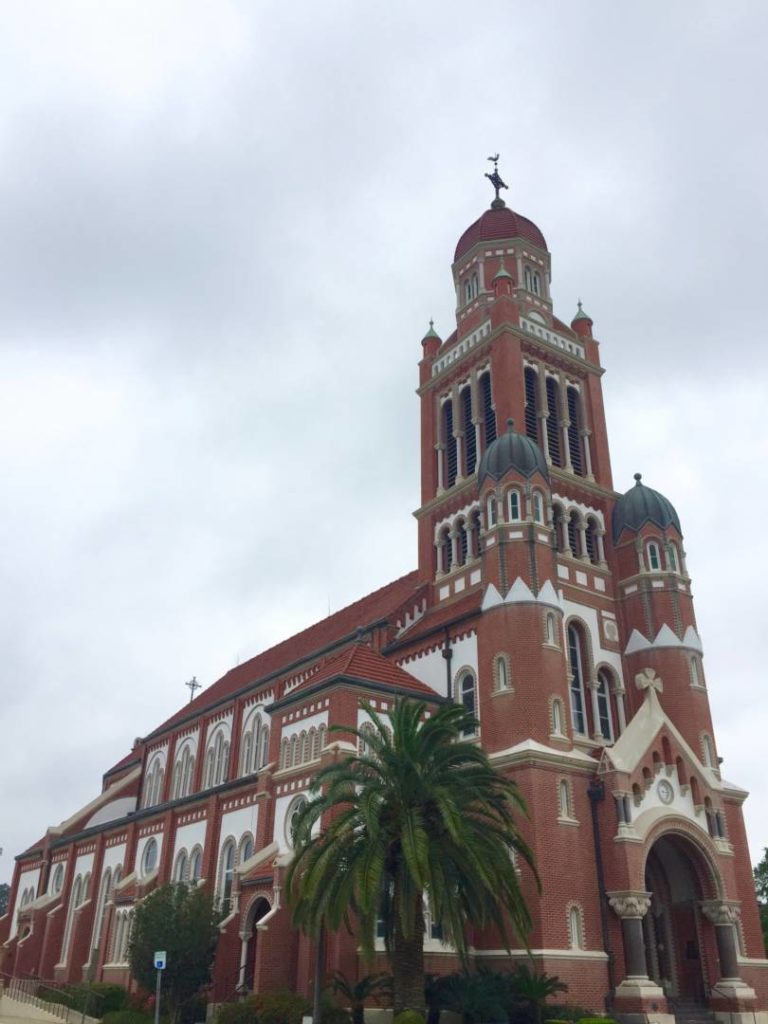 What to see in Louisiana: St. John the Baptist Cathedral 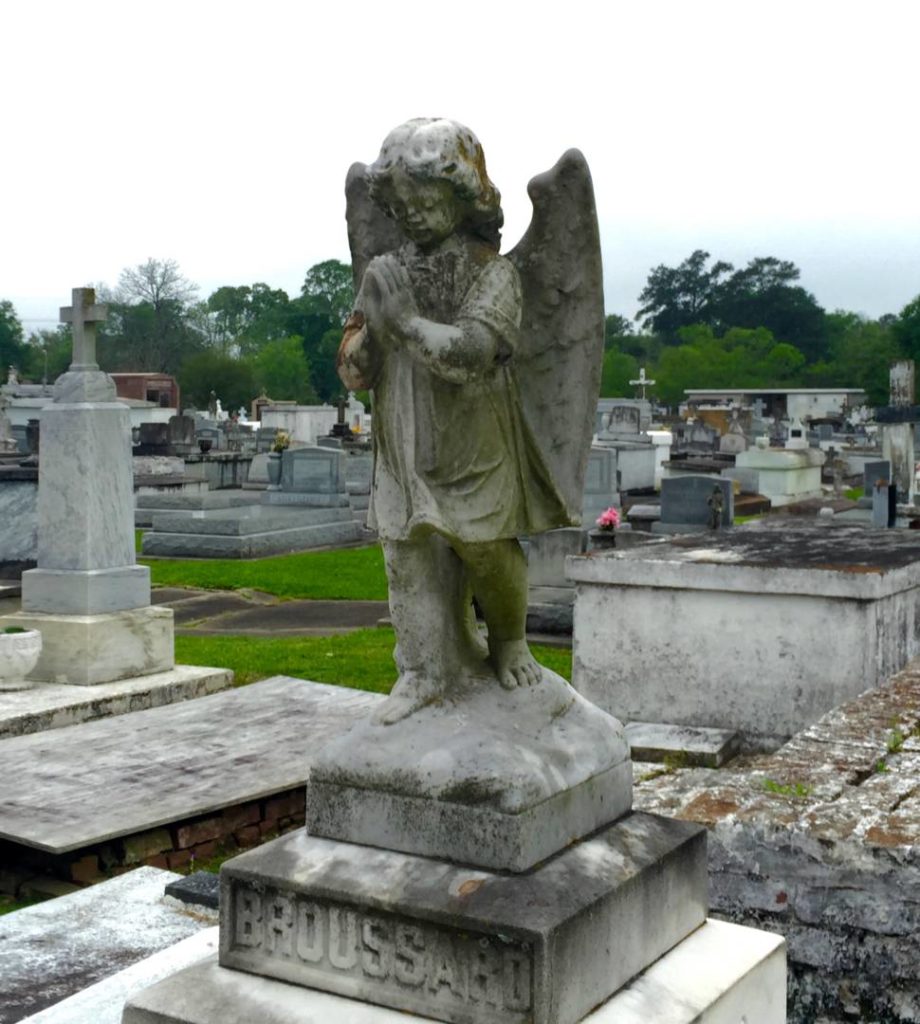 After have spent some hours walking through the downtown and along the very crowded Jefferson Street (here you’ll find the most requested building and places of the town), take the car and go to the ancient settlement of Vermilionville. 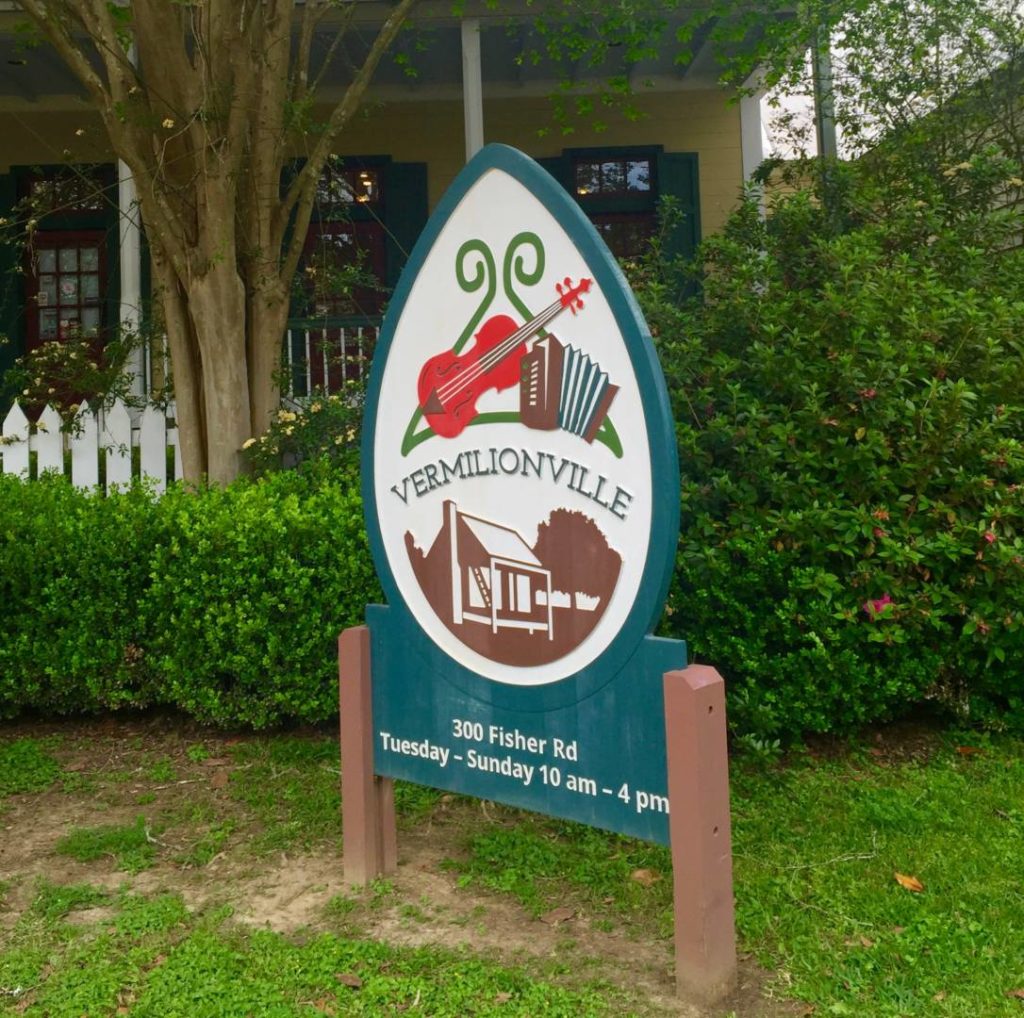 What to see in Louisiana: Vermilionville 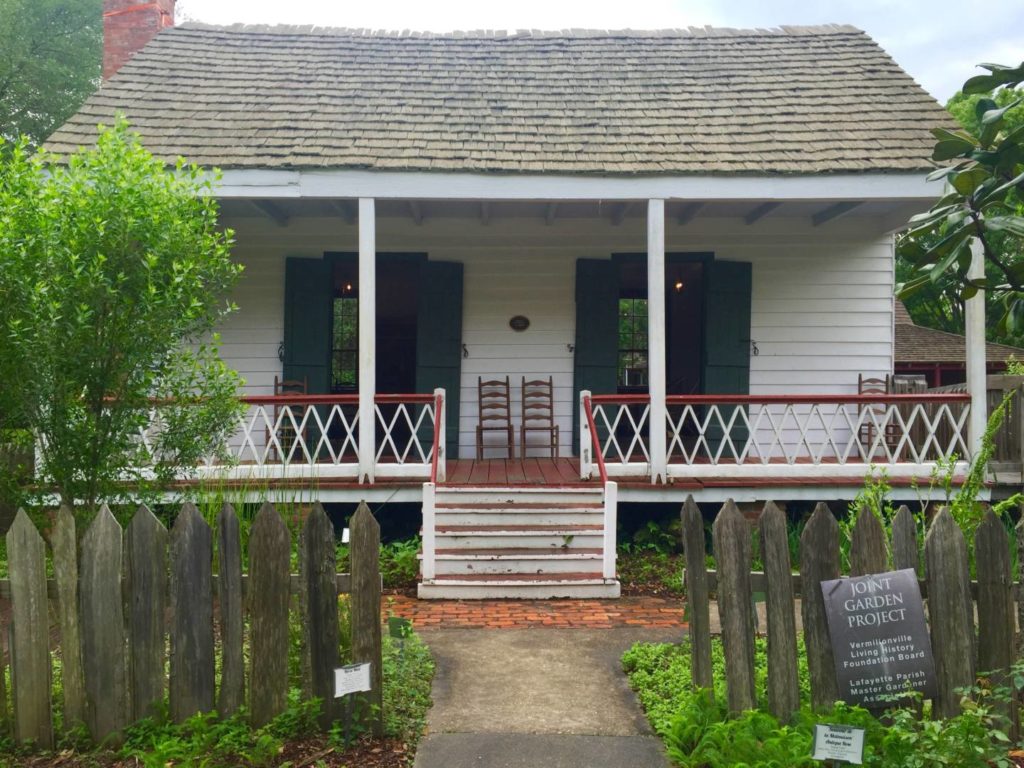 What to see in Louisiana: Vermilionville, original Cajun houses

It’s an ancient Cajun village, dating back to the first of the 1800s, perfectly restored and working.

After have got past the Visitor Center and have crossed the entrance, like in a real travel in time you’ll find exactly in the XIX century to watch – thanks to the help of period figurants to interact with – the life and the daily activities practised in the Cajun Country.

You will be pleasantly surprised discovering the strong bound – sharing, solidarity and mutual aid – that this culture had with the Natives and the Creoles: a certainly revolutionary attitude, considering the period and the geographical position, the old and traditionalist South.

The entire tour lasts at least three hours. So take into consideration to stop there a half day if you want to take part into one of the excursions by ferry in the bayou, too. 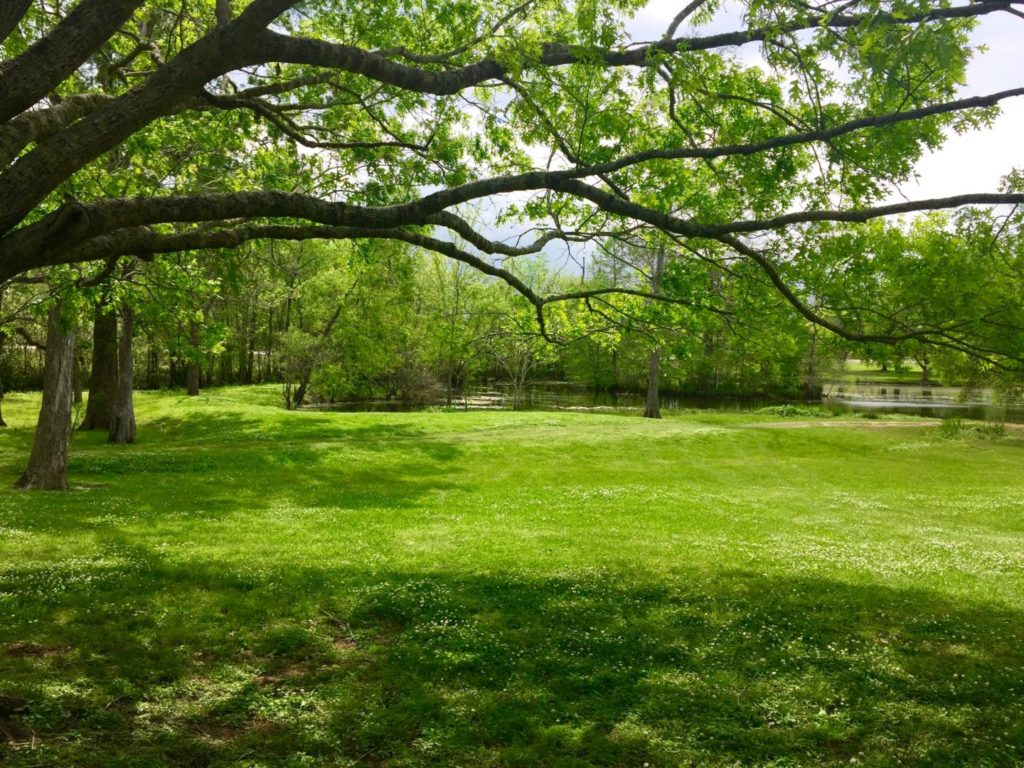 What to see in Louisiana: Vermilionville, the Bayou

Vermilionville is near the Lafayette Airport and it is opened all days (except monday) from 10am to 4pm.

$10 admittance ticket for adults and free admittance for children under 5.

If you want to try the most typical – and less tourist – Cajun cuisine, I recommend a dinner at Randol’f Cajun Restaurant’s.

Here you can taste specialties like the Jambalaja (rice with tomatoes, crawfish and meat), the best crawfish of the area, the Crawfish boiled, boiled and served in a sort of basin with vary sauces separate, the Gumbo (a sort of seafood or meat soup definitely spicy) and the Etouffée Cajun, a creamy stew rich in fish and cayenne pepper. 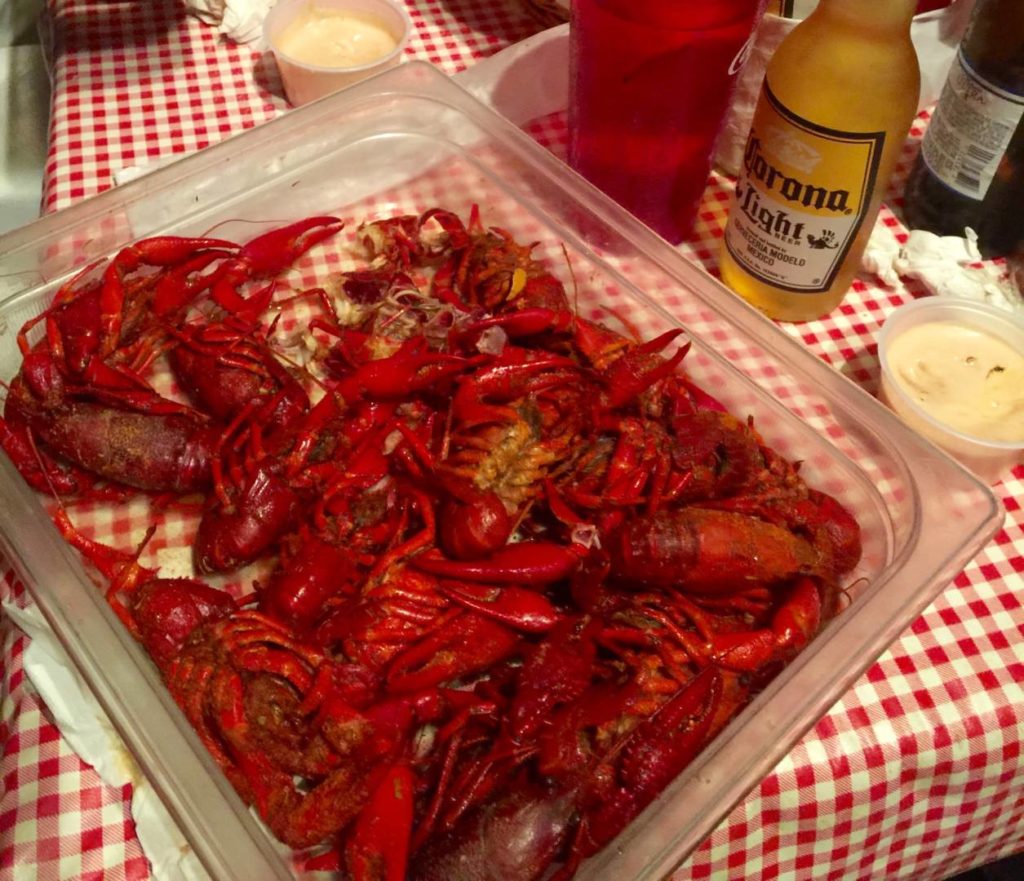 On the contrary, if you want to taste the best Po’Boy (a giant seafood or meat sandwich) in Lafayette, I recommend to stop at Pat’s Downtown, in the downtown.

What to see in Louisiana: itinerary through the Cajun Country

From Lafayette go towards the near Breaux Bridge, considered by the Cajuns the world capital of the crawfishes; here exactly every year at the end of the Spring the Crawfish festival takes place. 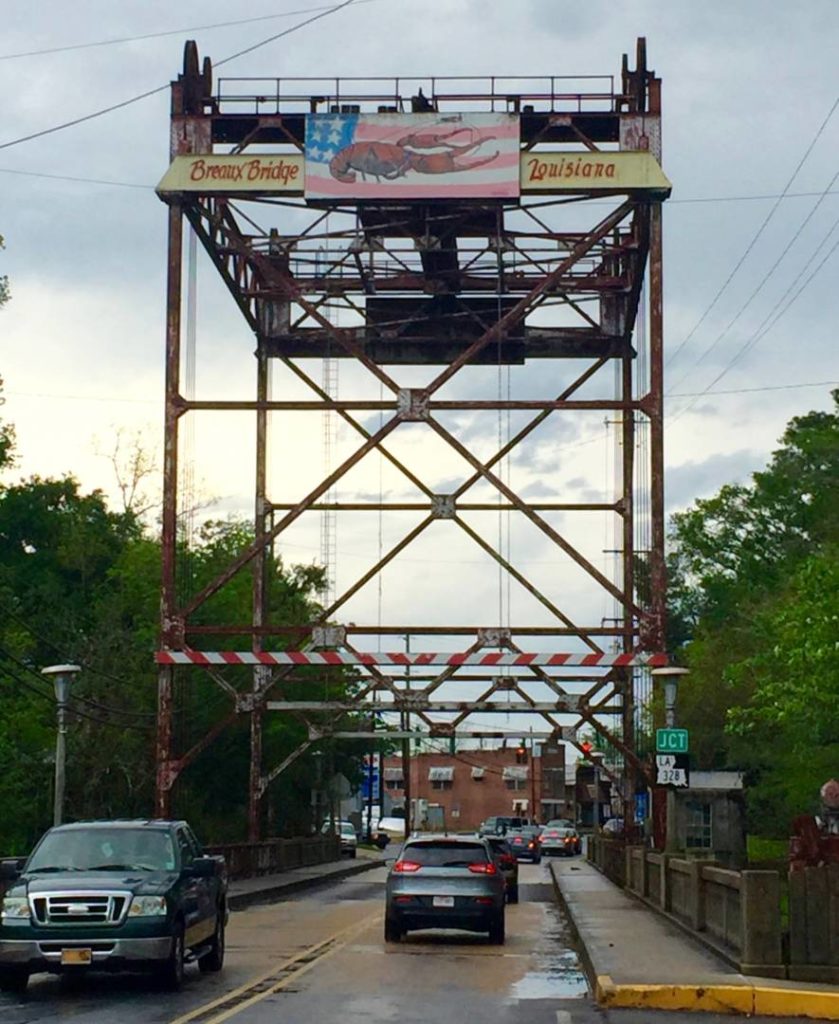 What to see in Louisiana: welcome to Breaux Bridge 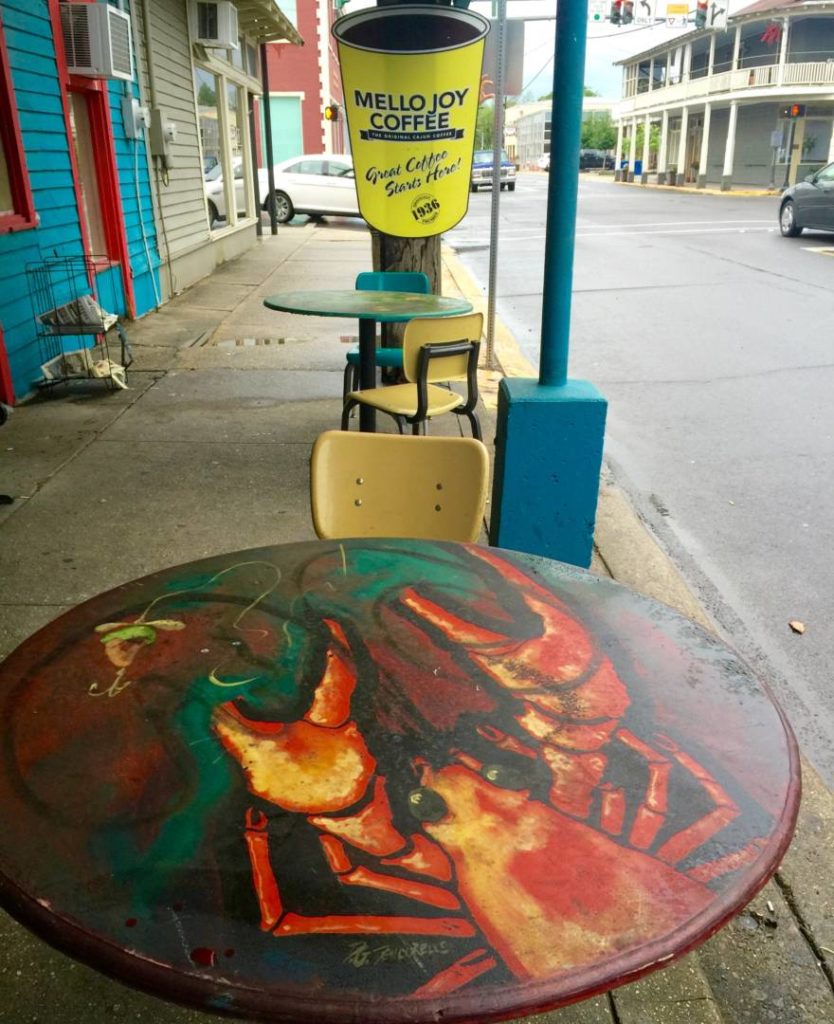 Breaux Bridge is a nice little town and its main artery, Bridge St. is full of little gift and fancy goods stores and restaurants where to taste the purest Cajun cuisine listening to good zydeco music. If you have time stop at the Café des Amis: the unique dishes are rich and abundant.

Keep going along the Hwy 91 towards the Atchafalaya Basin, one of the most suggestive places of the area, in the heart of the community and the Cajun marshes. A stop at the Welcome Center will allow you to decide with maps and tips of the guidebooks what bayous visit and what excursions set out on. 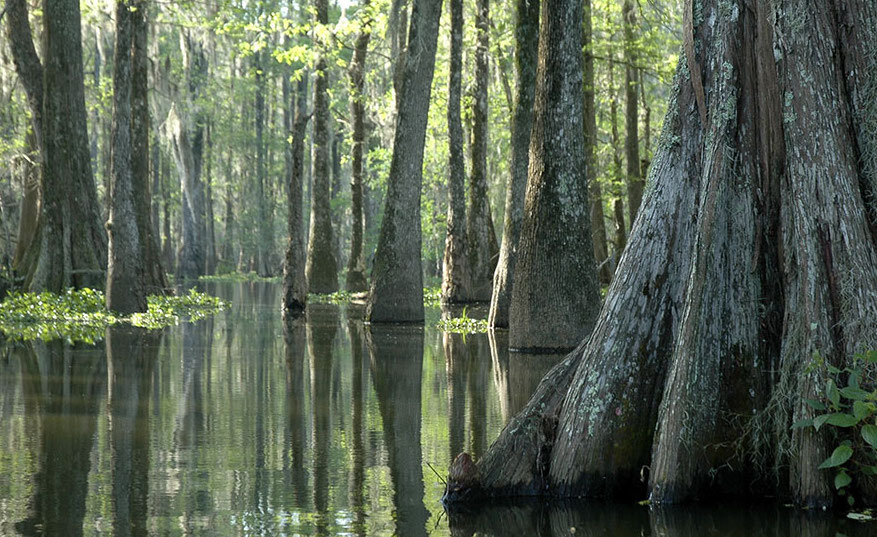 What to see in Louisiana: bayou of the Atchafalaya Basin

Go south-westwards and you’ll reach the little town of St. Martinville to have a look at the African American Museum & Acadian Memorial. And then go towards the Longfellow Evangeline State Historic Site, a site dedicated to the Acadian saga of the poet Longfellow with a very beautiful cane plantation dating back to the end of the 1700s. 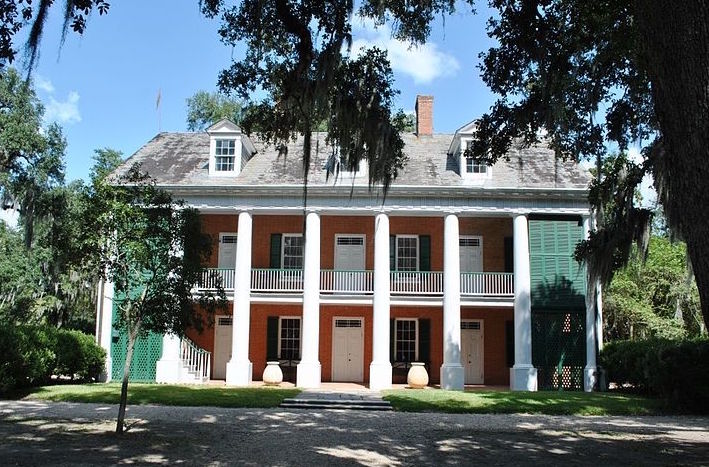 What to see in Louisiana: Shadow on the Teche Plantation, New Iberia

Cross the charming New Iberia’s plantations, maybe stopping for a visit in the Shadow in the Teche one and then reach the final leg of your itinerary in the Cajun Country, the Mcllhenny Tabasco Company in Avery Island. 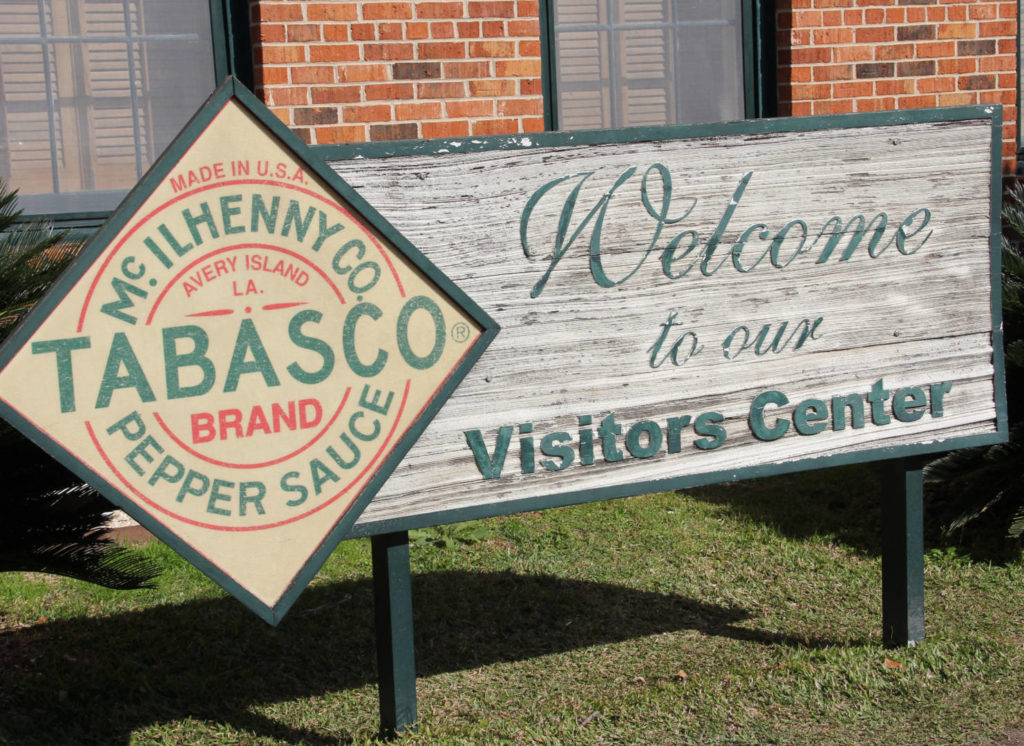 What to see in Louisiana: the Mcllhenny Tabasco Company

It’s the factory of the original and very famous sauce with the unmistakable brand Tabasco, created around 1860 by Edmund Mcllhenny. Today is one of the most used spicy sauces in the world. 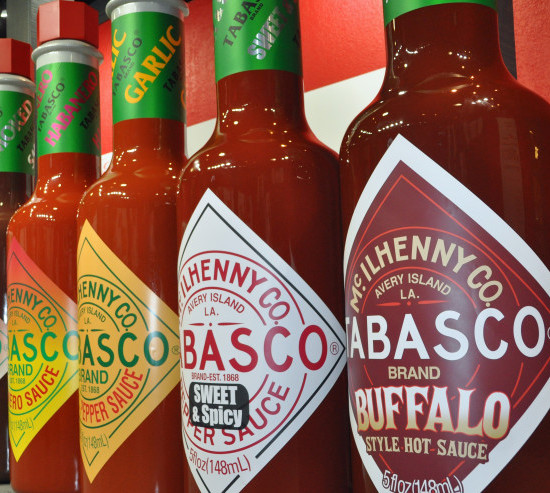 What to see in Louisiana: details of the Tabasco Country store

The inside of the factory cannot be visited but there’s a very stocked store for the estimators, the Tabasco Country Store, a series of themed itineraries and the Tabasco Museum less far (it shows its history and production).

Click here to choose your path and plan the visit at the best.