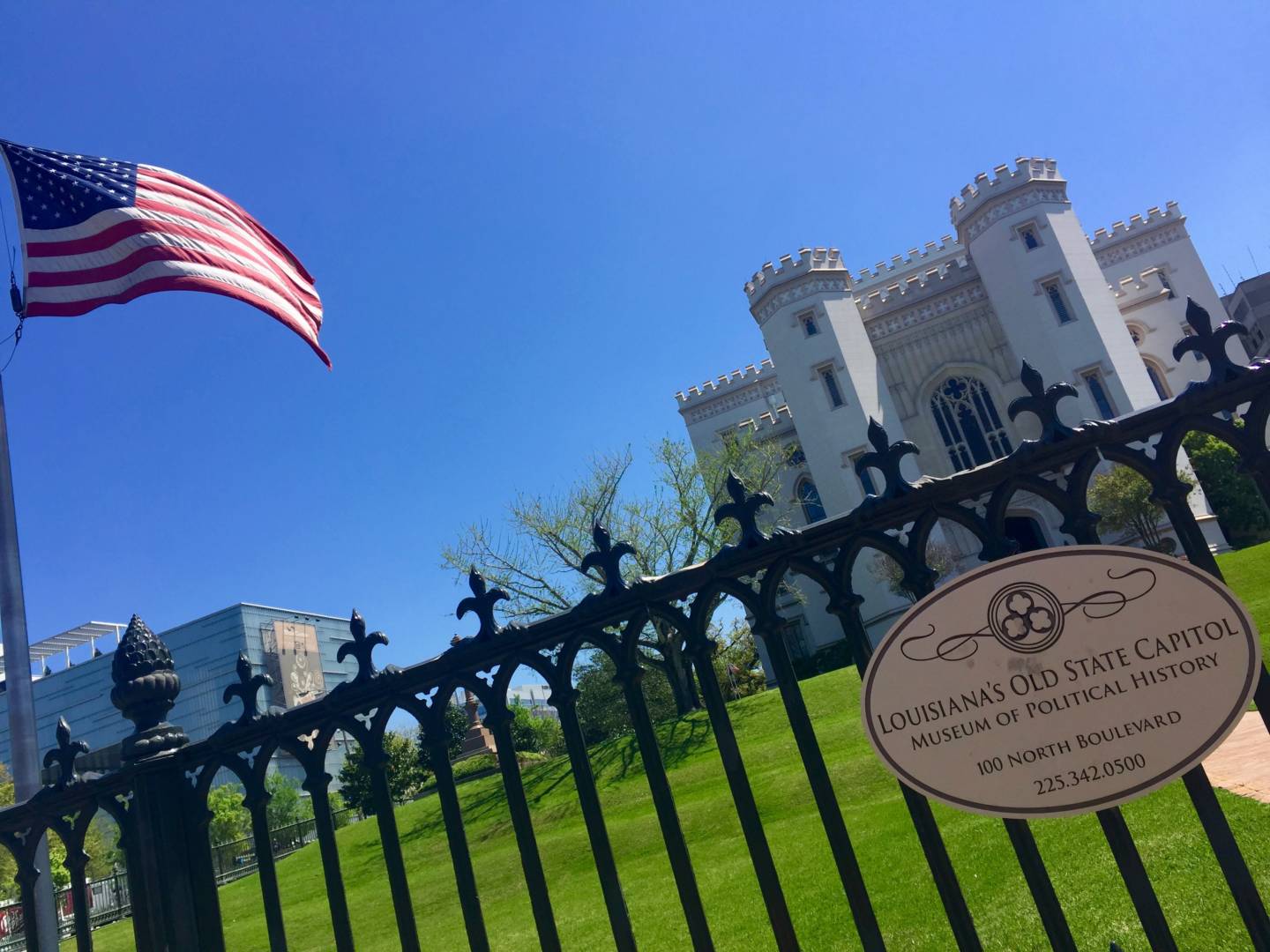 Why deciding to visit Baton Rouge, the laborious, lively and sunny capital of Louisiana on the east levee of the Mississippi River? 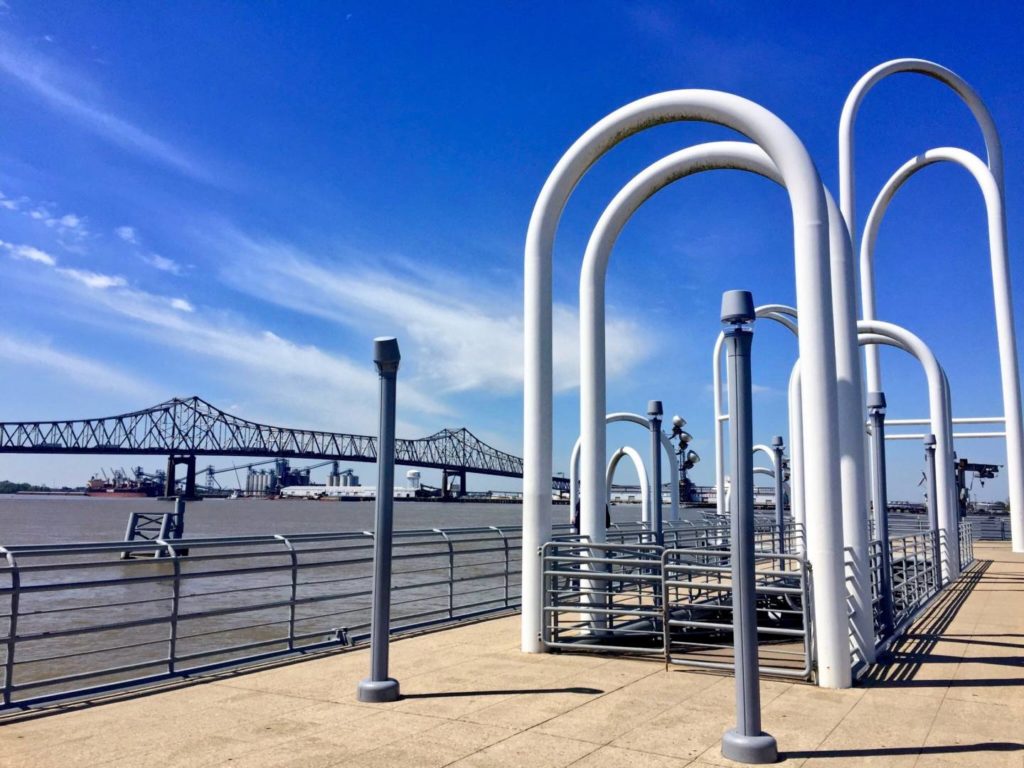 Why putting it as a leg in an itinerary in the South of the United States and think to be swallowed by its centennials traditions?

Why choosing to stay there at least one day – and a couple of intense and cheerful nights – and then dedicate to discover its neighborhoods? 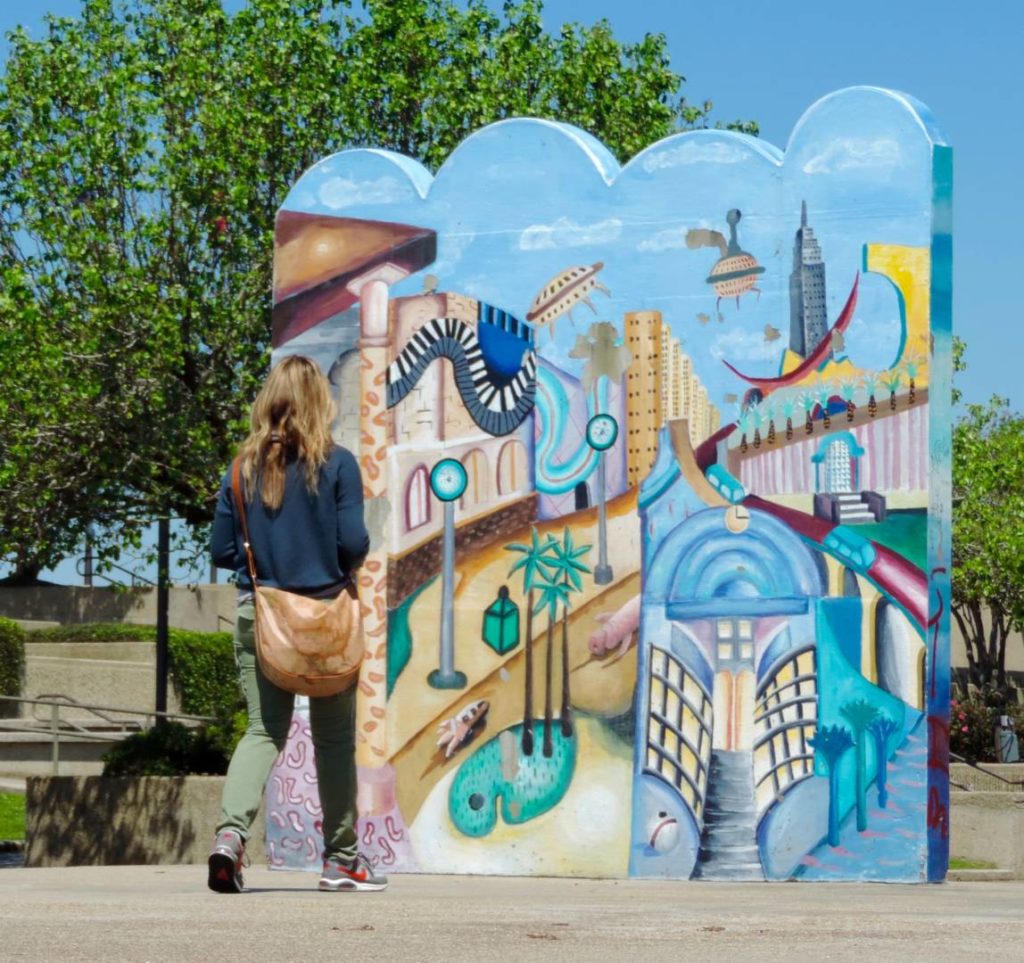 For its joie de vivre, without any doubt

The expression “Cajun Laissez les bons temps roulez” often used by the people of the South Louisiana to underline the innate tendency to have fun and to react to difficulties, seems coined on purpose for its inhabitants.

Simple, concrete and wise people who are able not to lose their joie de vivre and the desire to recover their strength and keep fighting and smiling, forever and ever. Despite the weather adversities of a land often tried sorely by the rain seasons and by floods (exactly like it happens to the near New Orleans). 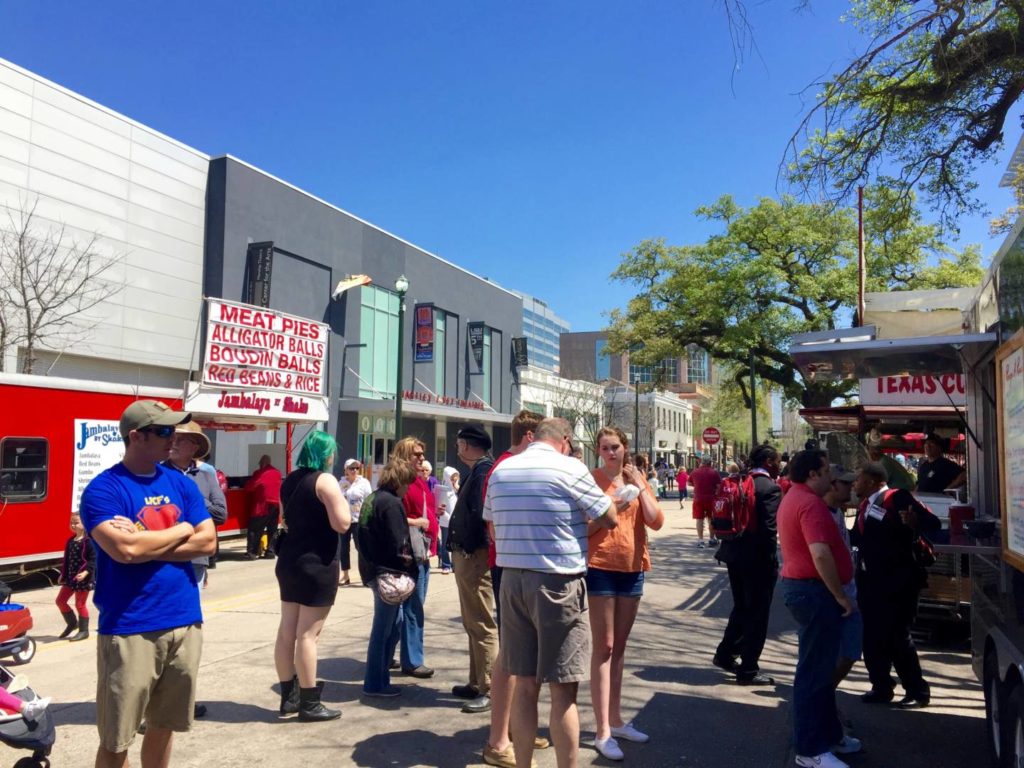 Visit Baton Rouge: laissez les bons temps roulez. One of the many festivals in downtown 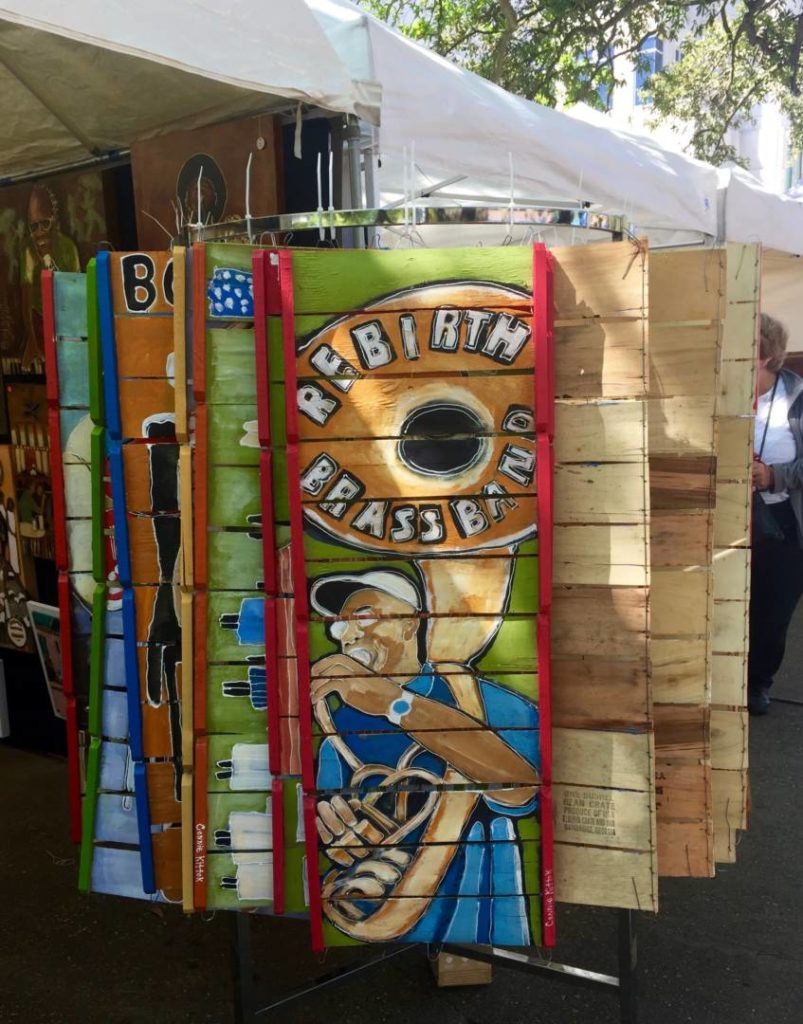 Visit Baton Rouge: laissez les bons temps roulez. One of the many festivals in downtown, details

Visit Baton Rouge for the community and its traditions

Baton Rouge is the center of really many street festivals (even 450 in a year in the entire Louisiana) into whom a great part of the population takes part actively.

Street festivals dedicated to the incredible and variegate gastronomic offer, to the local traditions, to the music, to the passing of the seasons or also only to the exaltation of the joie de vivre I mentioned before. 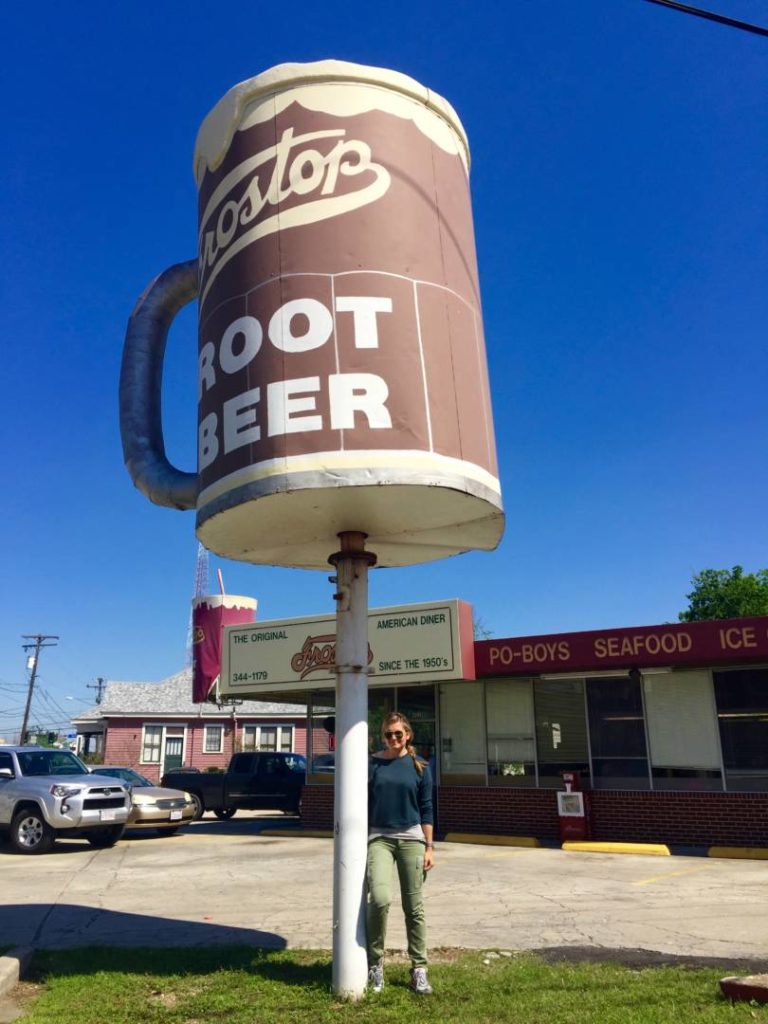 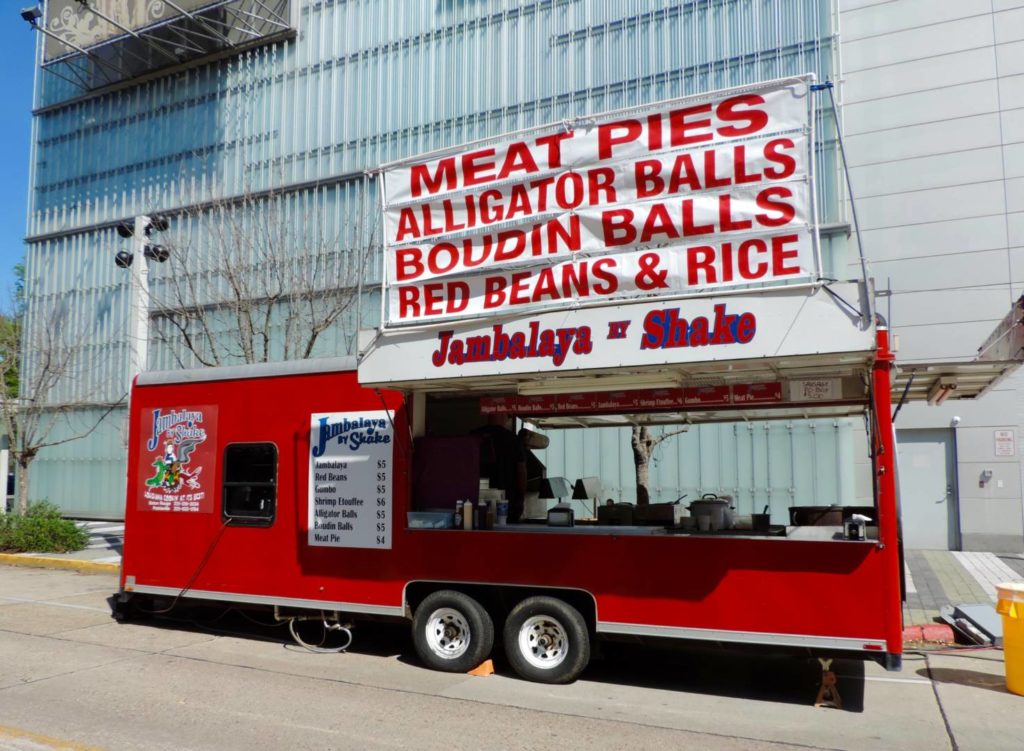 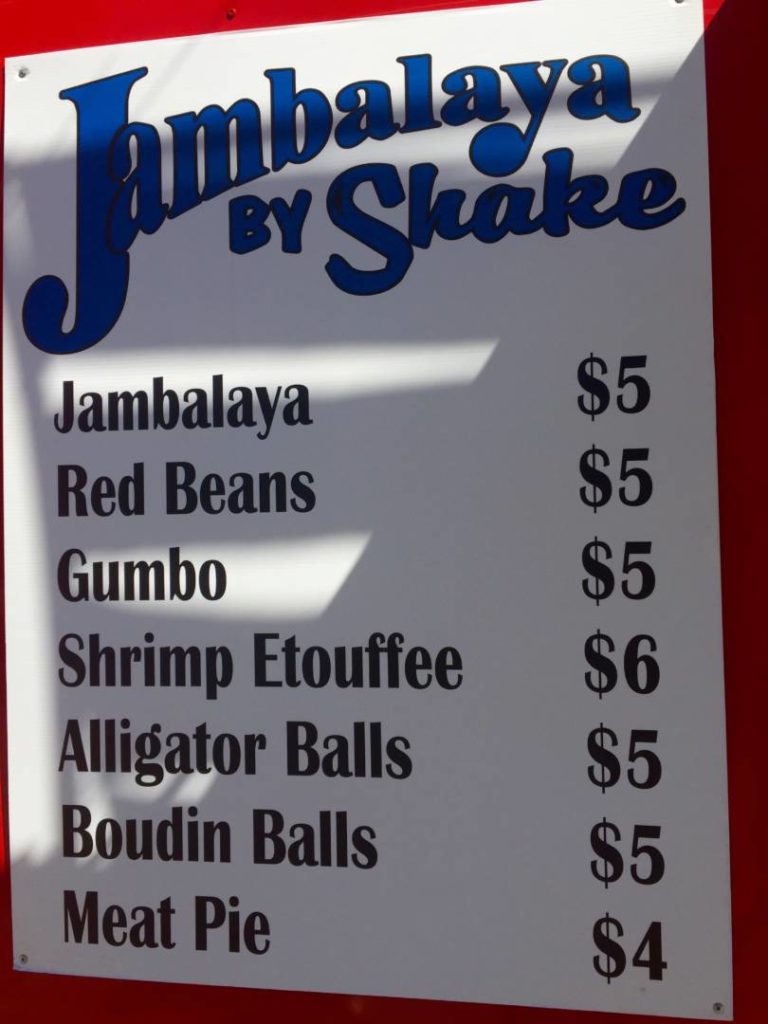 That red stick (for some historians maybe a bloody spear) which indicates the origin – it marked the border line between the hunting lands of the Houma and Bayou Goula American Indian tribes – tells a lot about the history and the culture that has followed one another in this area to the south of the Mississippi River. Then the whole town was named after that, Baton Rouge exactly.

American Indians, French, Cajun, English, Spanish and black slaves coming from the Central America and Africa (and successively free) left an indelible mark not only in the buildings and in the gastronomic culture of the town but even in the way of speaking, in the accents, in the streets’ names, in the origin of many festivals and festivities. 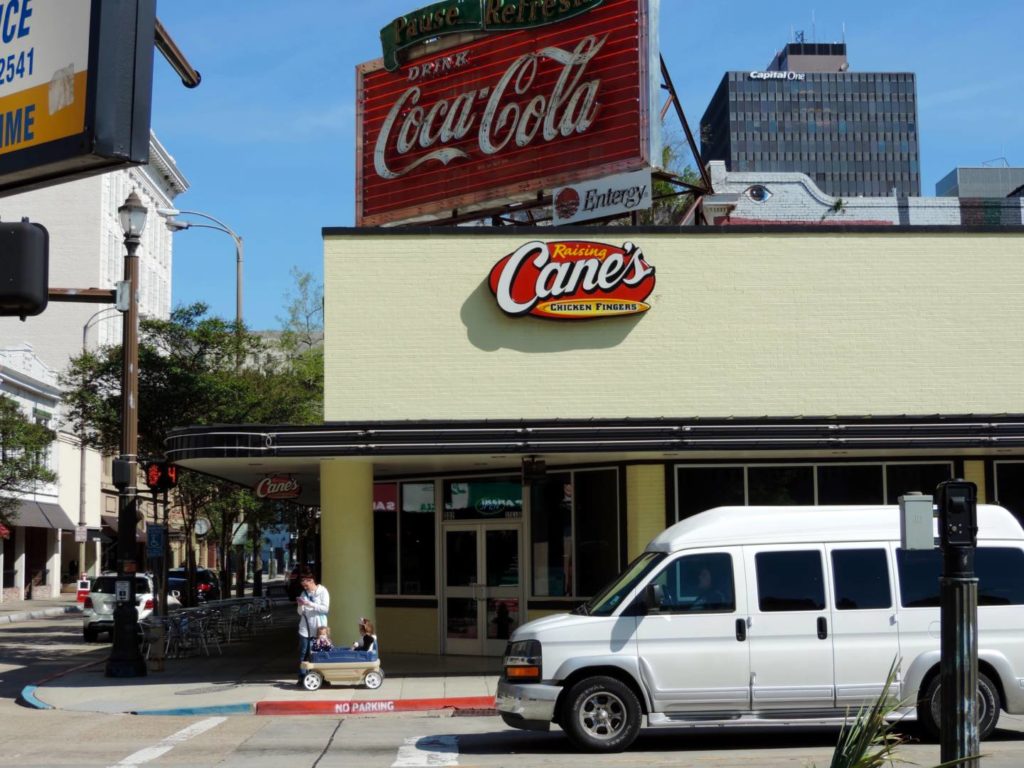 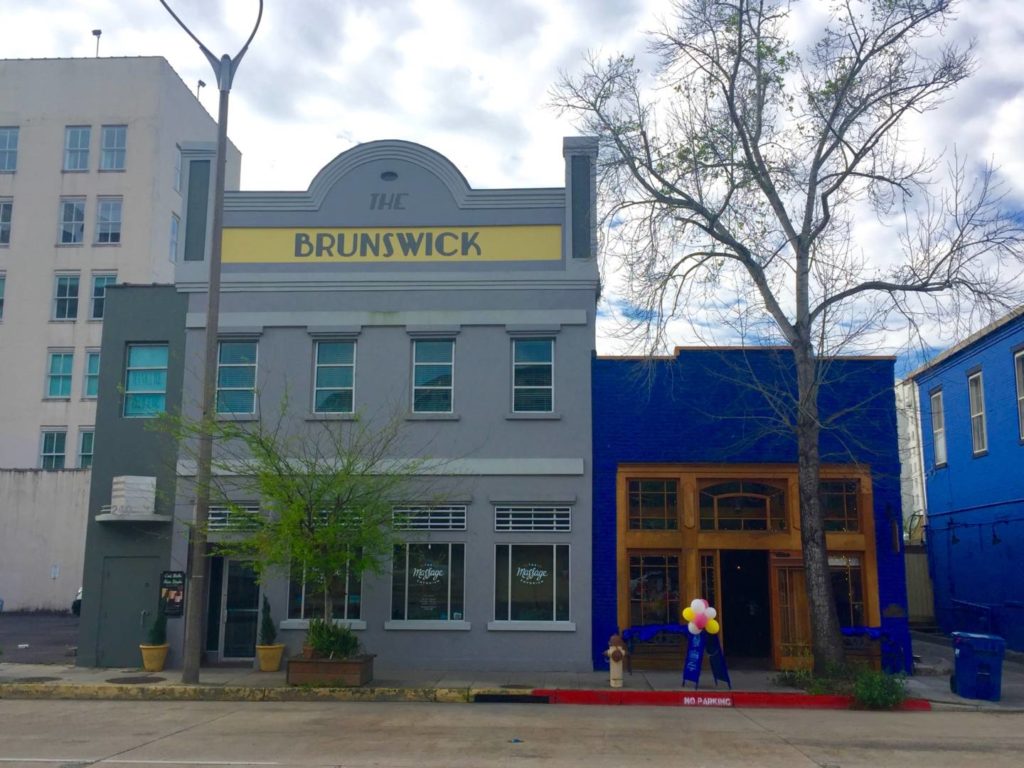 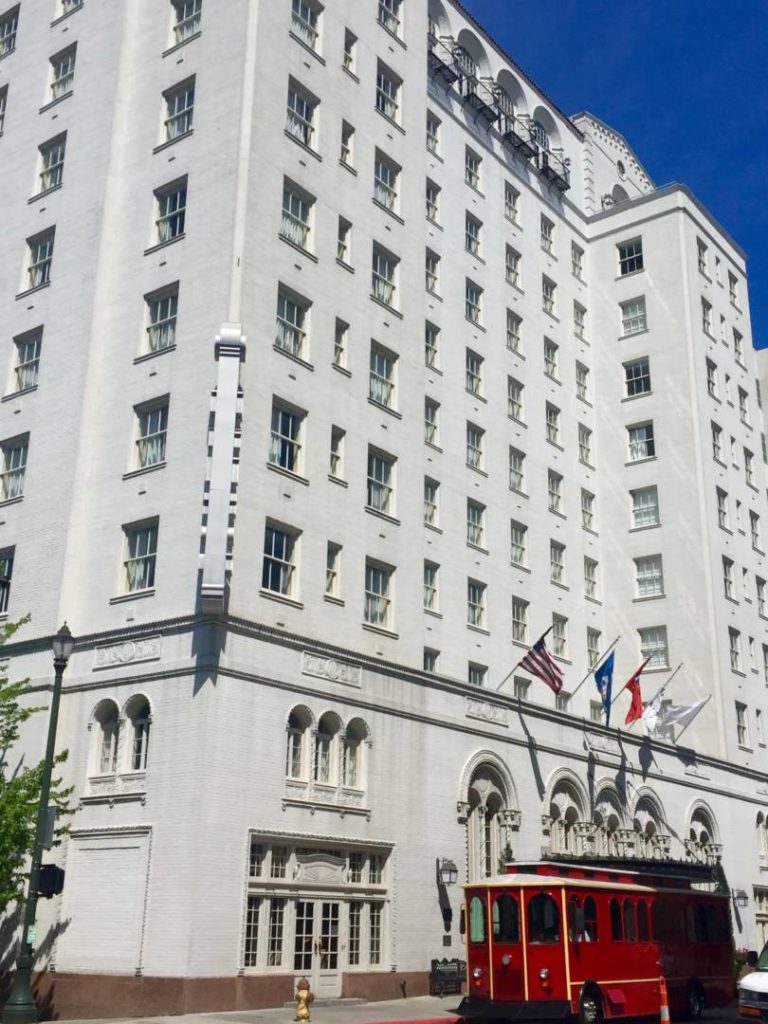 I cannot help telling you about the prestigious Southern University, the greatest Afro-American University in the United States, and about the wonderful view of the town and of the river from the 27th floor of the Louisiana State Capitol (free access): it’s a very beautiful art deco building, the highest of the town, where the Governor and the representatives of the Louisiana State meet to legislate. 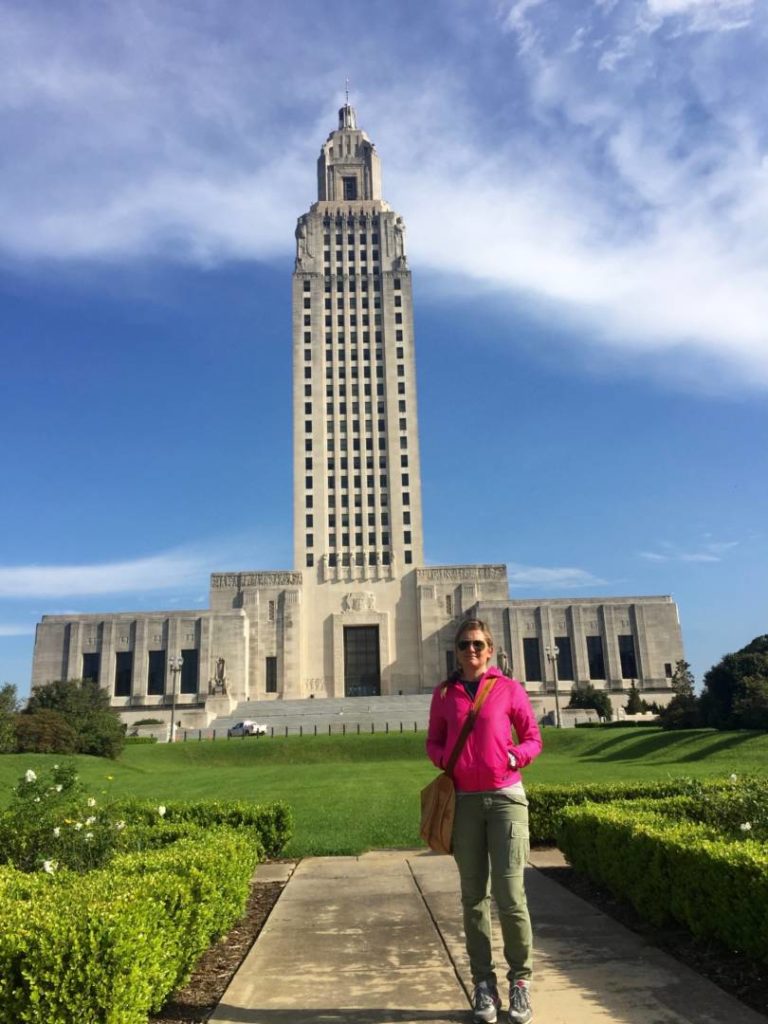 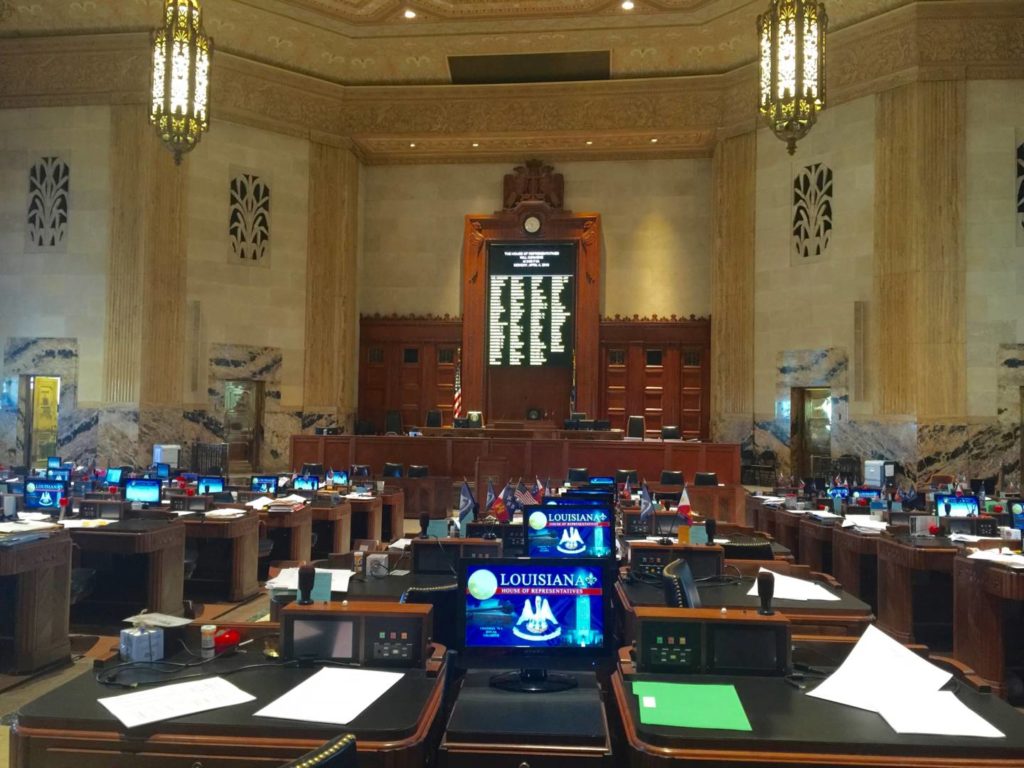 Louisiana State Capitol, the room where the Governor and the representatives of Louisiana meet 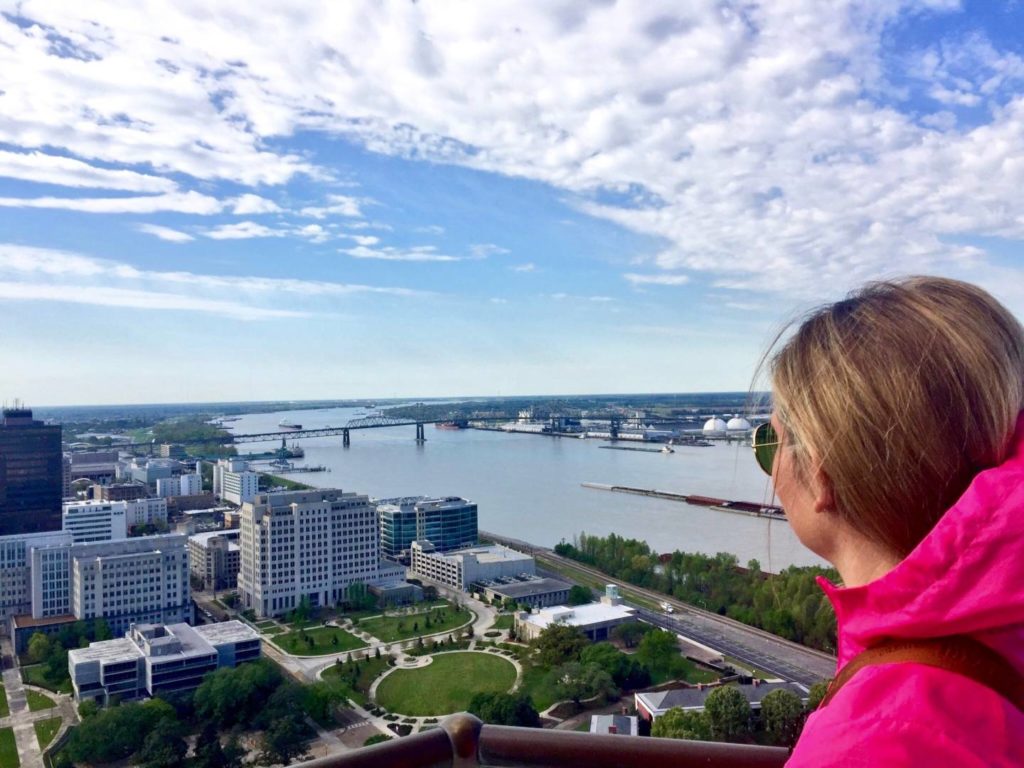 Visit Baton Rouge: view on the Mississippi and the town from the Louisiana State Capitol

I cannot help recommending to listening to the fascinating stories of the keepers and to admire the colored window panes, the towers and the stately stairs of the Old State Capitol, in the downtown, a stone’s throw on foot from the terraces on the river. 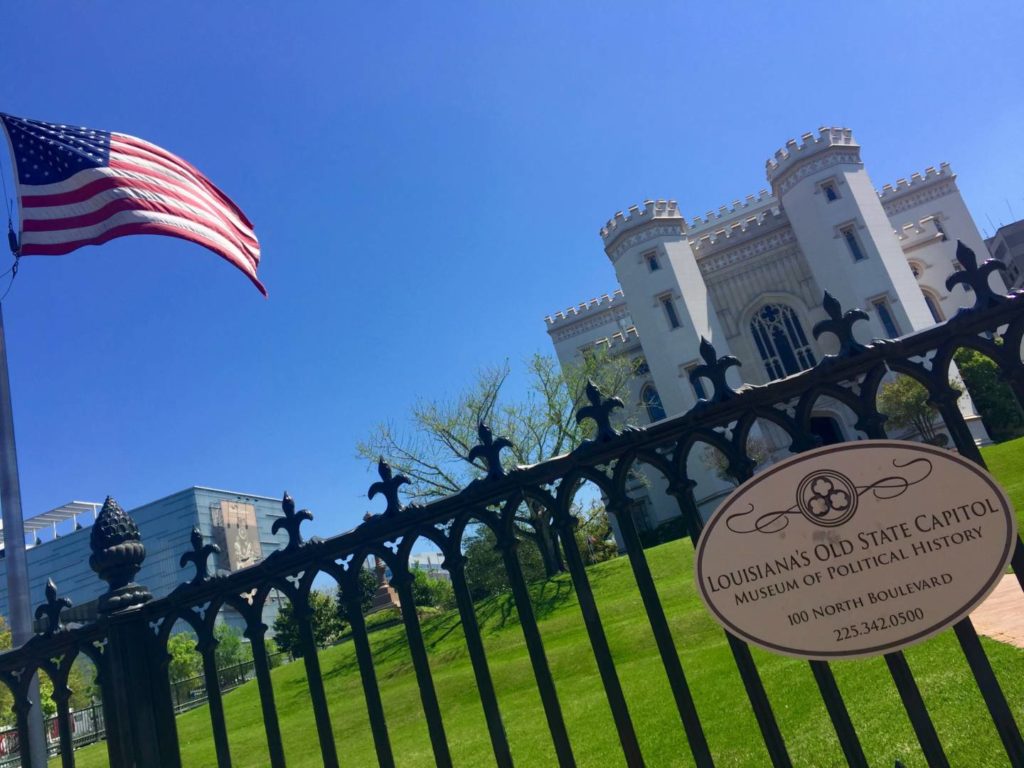 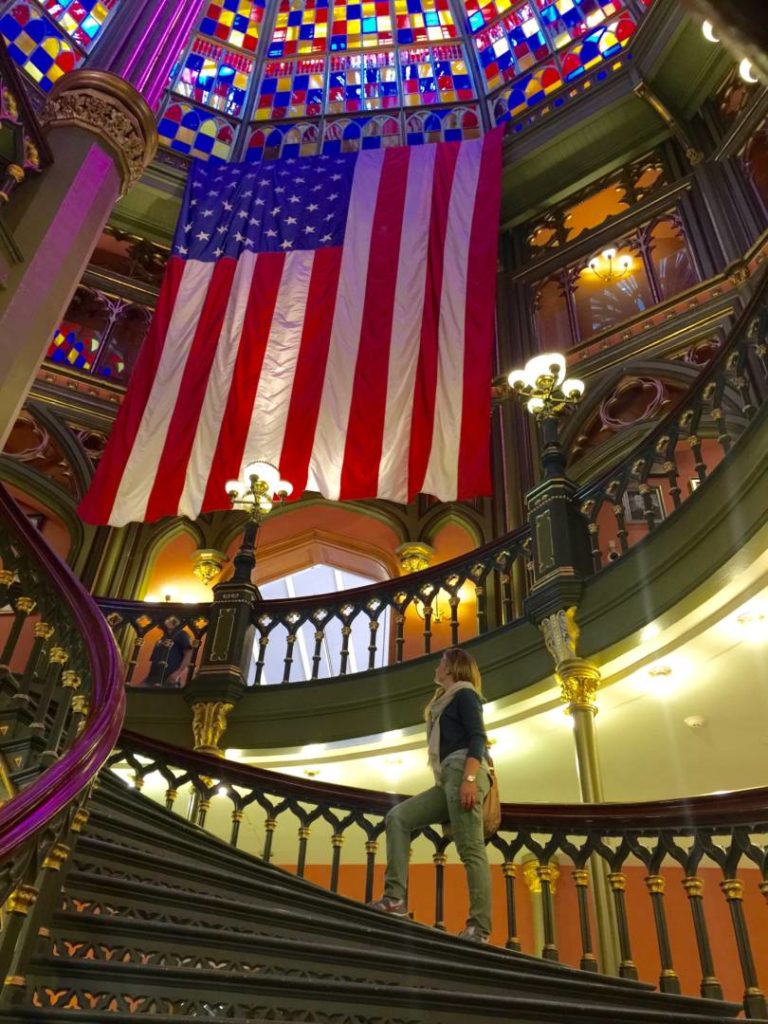 Visit Baton Rouge: the Old State Capitol, the inside

A walk along North Blvd will take you discovering the Old Governor’s Mansion, the most ancient house of the Governors of Louisiana, realized according to the White House model.

Going back towards the high levee of the Mississippi River you’ll sight short after the Art and Science Museum one of the most famous torpedo boat destroyers of the Second World War, today turned into a singular floating museum: the USS Kidd. 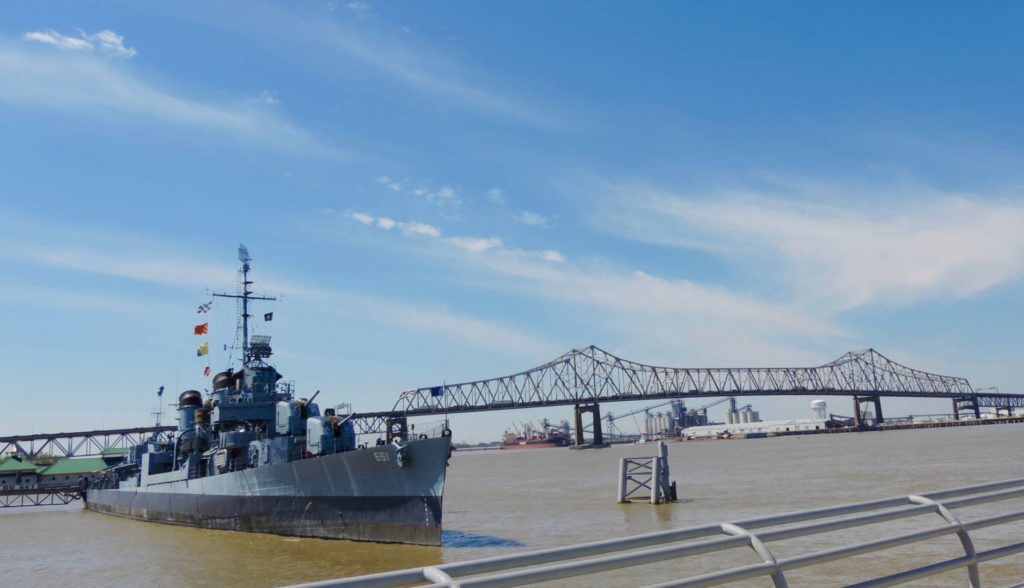 Visit Baton Rouge: the USS Kidd and the Mississippi River

Visit Baton Rouge for the old and fascinating Mississippi River

The great River of America which from time immemorial flows next to it, marking inevitable (for better or for worse) its rhythms and its life, giving unforgettable views and sunsets.

A river full of charm and history and in the same time it’s an effective and quick communication and transport way for the loadings of the goods – and sometimes for tourists onboard the Queen of Mississippi – passing by and staying daily at the Baton Rouge harbor during the long route from the north of the State as far as New Orleans, and vice versa. 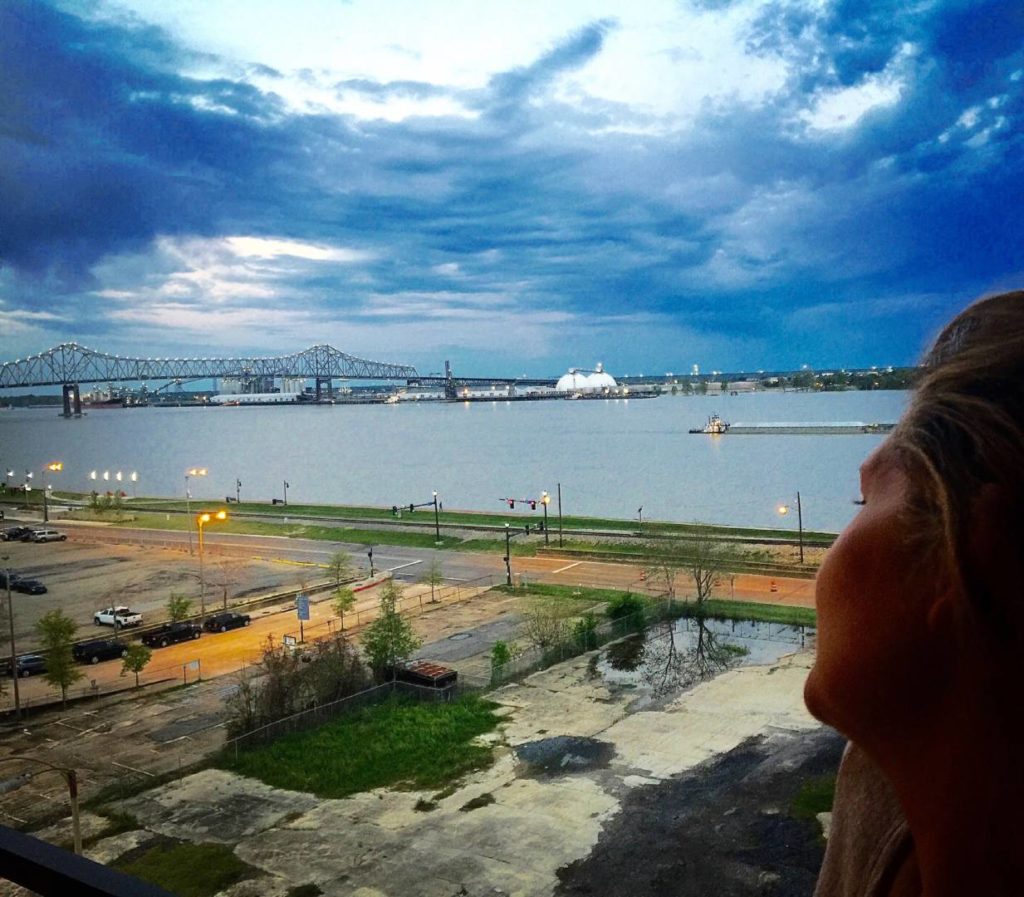 It’s exactly from here that the Great River Road – the historical road following the whole flow of Mississippi – starts its final descent towards New Orleans.

The route – that just in this stretch is nicknamed Plantation Alley or simply River Road – takes to a series of incredible mansions and historical plantations (today many of them are available for visits – click here for the complete itinerary) which date back to the period prior the Civil War, the South Antebellum. 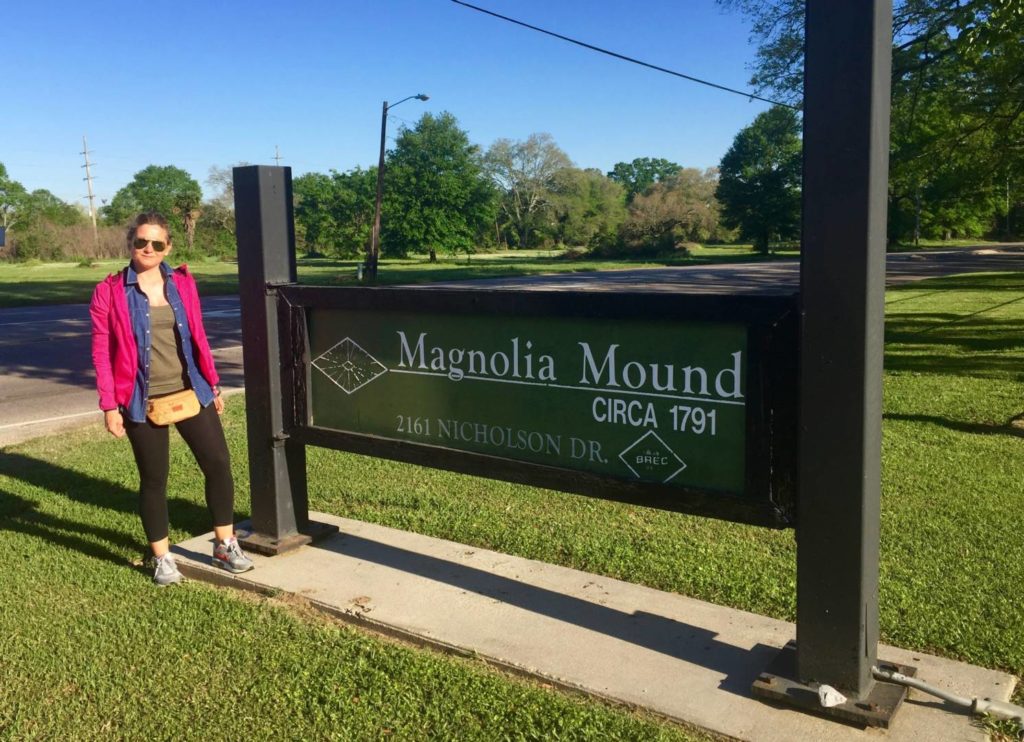 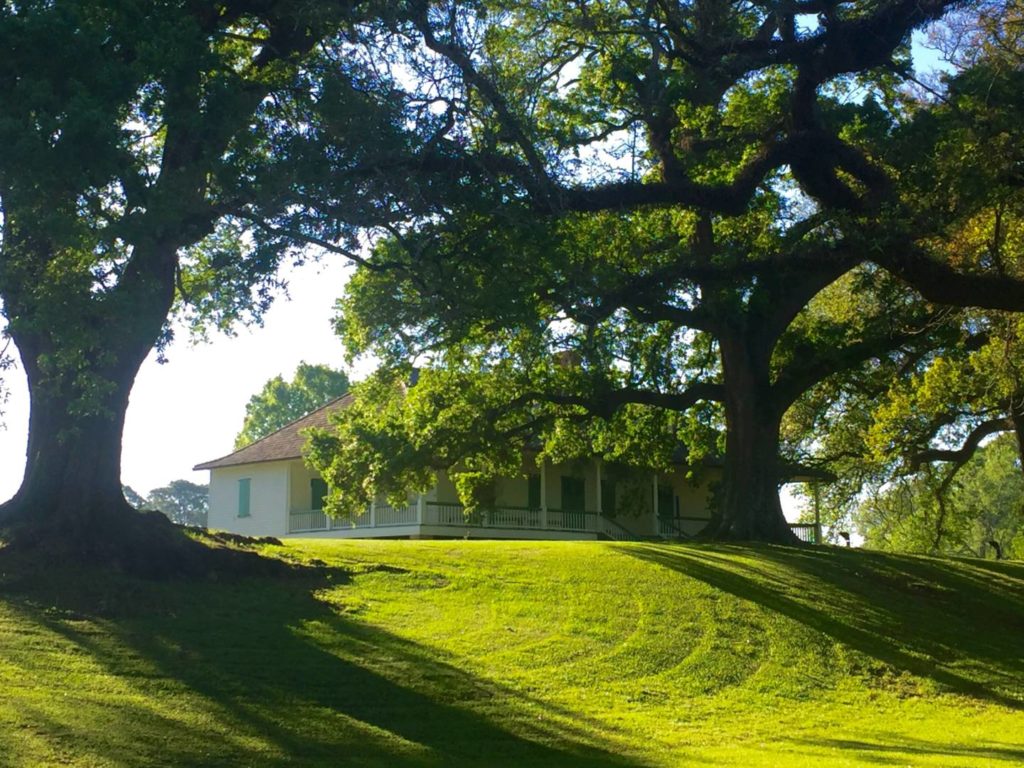 That one told in “Gone with the wind”, the south of the cane, indigo and cotton’s plantations, of the difficult life conditions of the black slaves, of the Americans arrival after the Louisiana Purchase (by which the state entered the United States of America) and of the fight meet/against with the most authentic Creole culture. 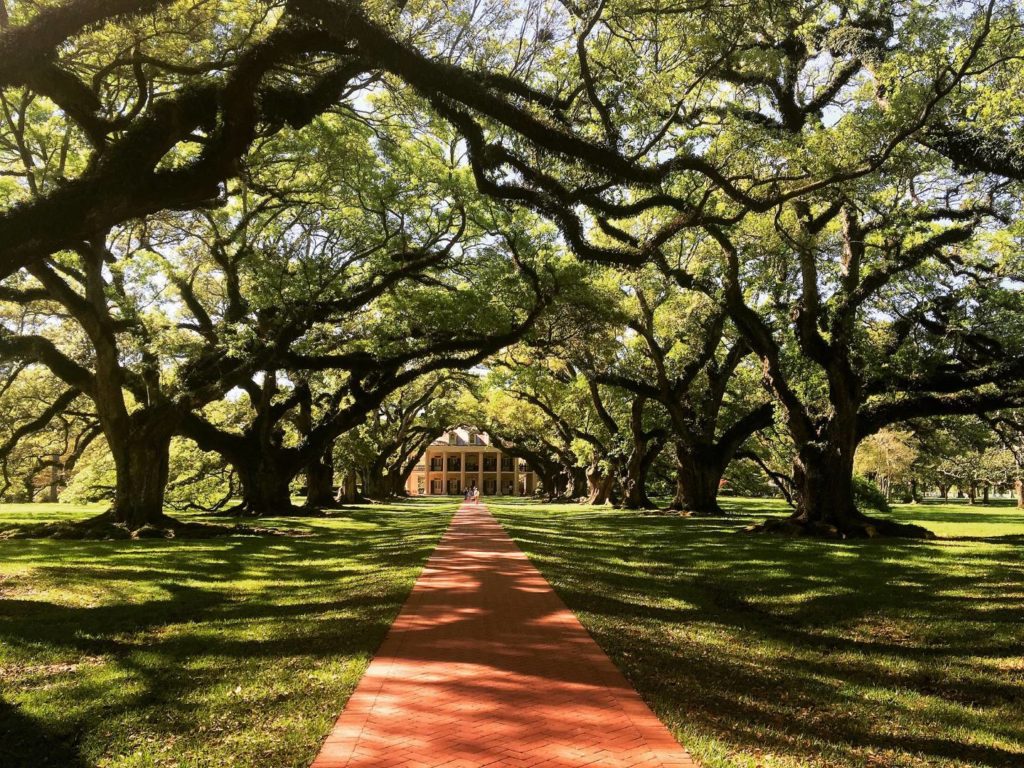 I remember to be arrived to the town during the Art and Music Festival weekend and to have been welcomed in a warm end spring day by a stream of joyful people.

I remember the smiles, the music, the joy, even the savor of a delicious gumbo (a specialty of the South Louisiana, a sort of seafood or meat soup) bought in one of the street food trucks and the spicy taste of the gator balls, served just fried in a paper cone. 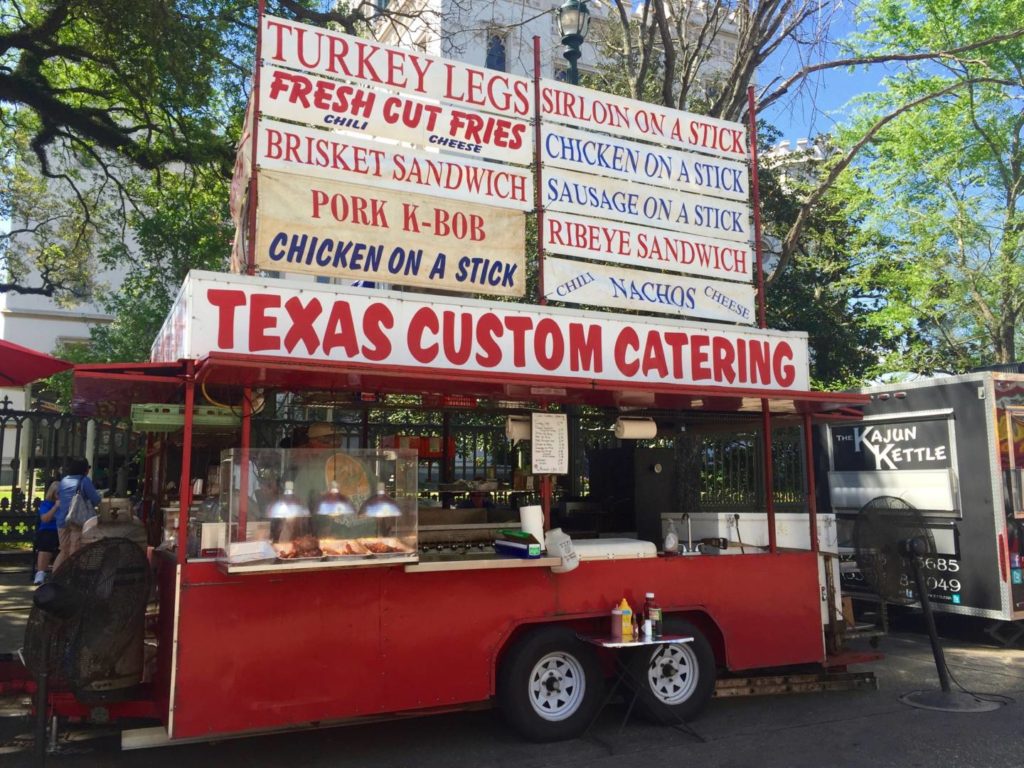 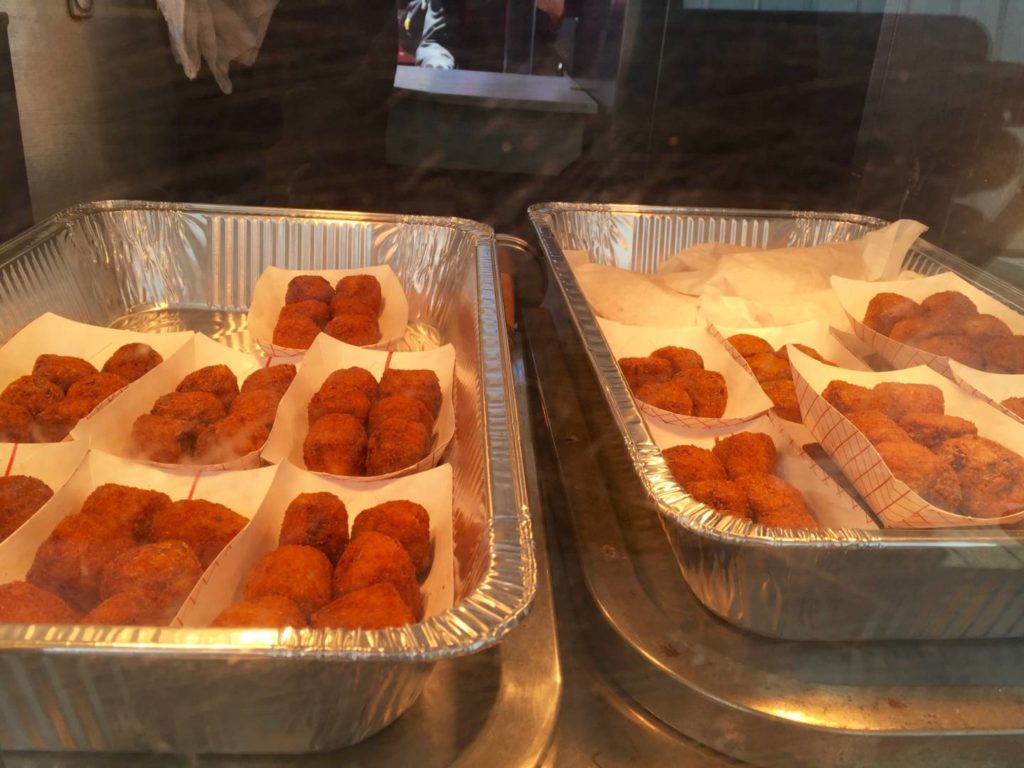 And I cannot help sharing with you this video, edited by Visit Baton Rouge the official site, just after the terrible flood suffered by the town at the beginning of August.

It shows and tells about what I have written above, the desire and the determination to restart and be again like before, their joie de vivre, their laissez les bons temps roulez.

It talks about a real, lively and strong Baton Rouge.

That deserves to be discovered, lived and enjoyed. Again.