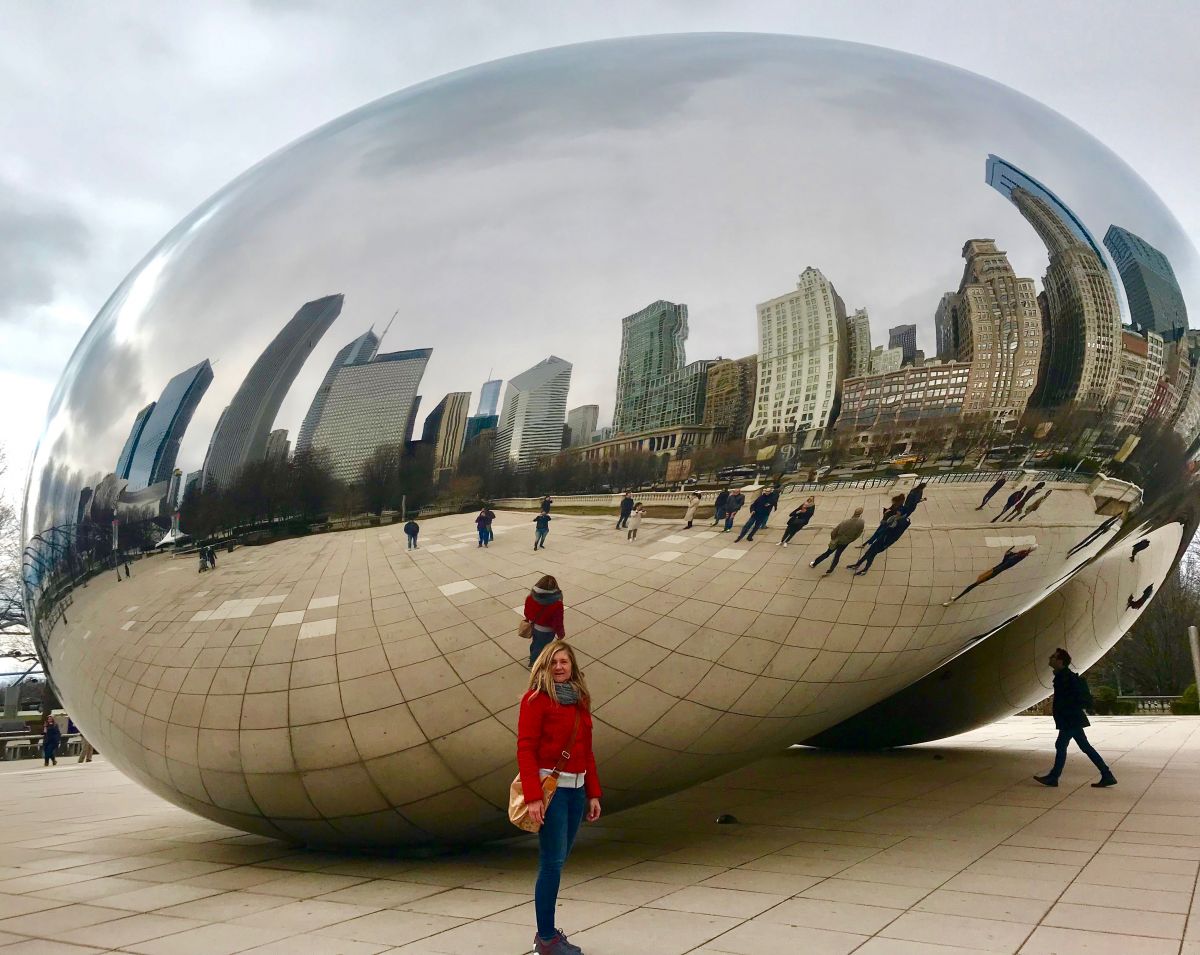 “Eventually, I think Chicago will be the most beautiful great city left in the world”

Chicago is a special city – I will never stop repeating it.

Beautiful, captivating, culturally and artistically committed, strictly bounded to its intense past – also the more “difficult” one tied to the gangsters’ deeds during the Prohibition and beyond – and yet “open” like few other ones to the future, integration and innovation. 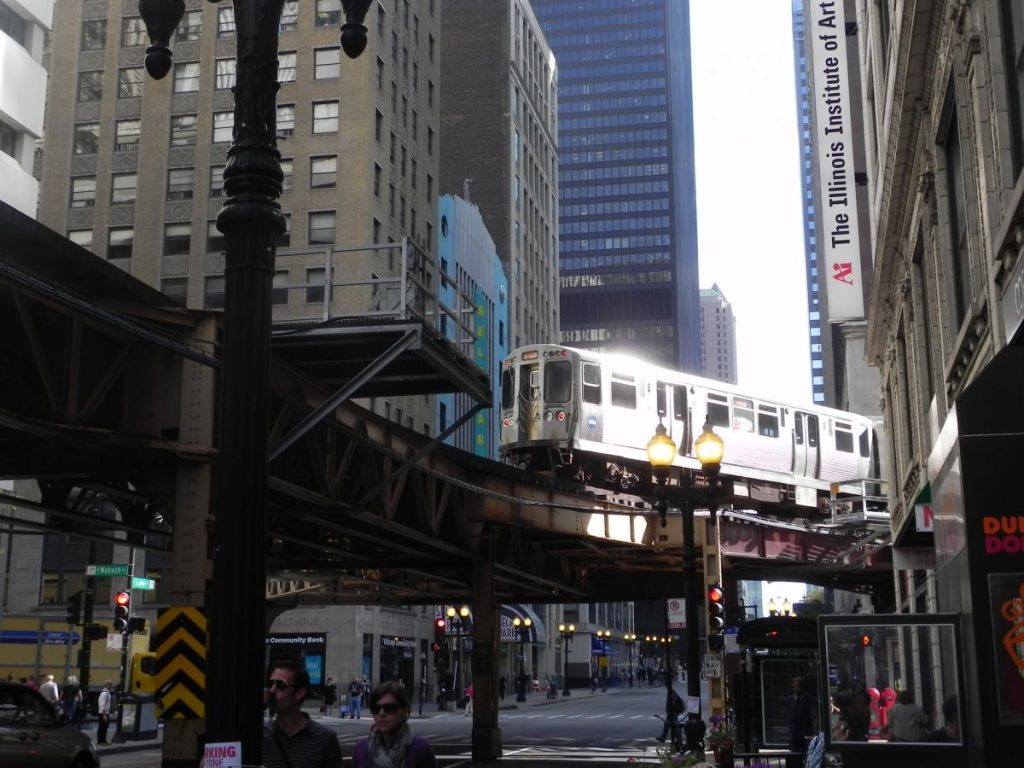 What to do in Chicago in one day: the Loop

To really discover it deeply it would be necessary at least 3-4 full days included some local experiences in districts that – wrongly – very often are almost never mentioned in the tourist guidebooks. However, I realize that in the States time is never enough and that – above all inside complicated on the roads like Route 66 (leaving right from here) is – it is already a good goal to be able to dedicate a whole day to a single city.

So, to answer many readers’ request, here it is the detailed mini-guidebook about what to see in Chicago in one day.

If you have more time in your hands to visit it, I recommend you to look up the deepen guidebook on the blog, rich in cues and very useful indications. Find it here.

Are you ready to discover Windy City – one of the most recurring expressions to mention Chicago – with me? 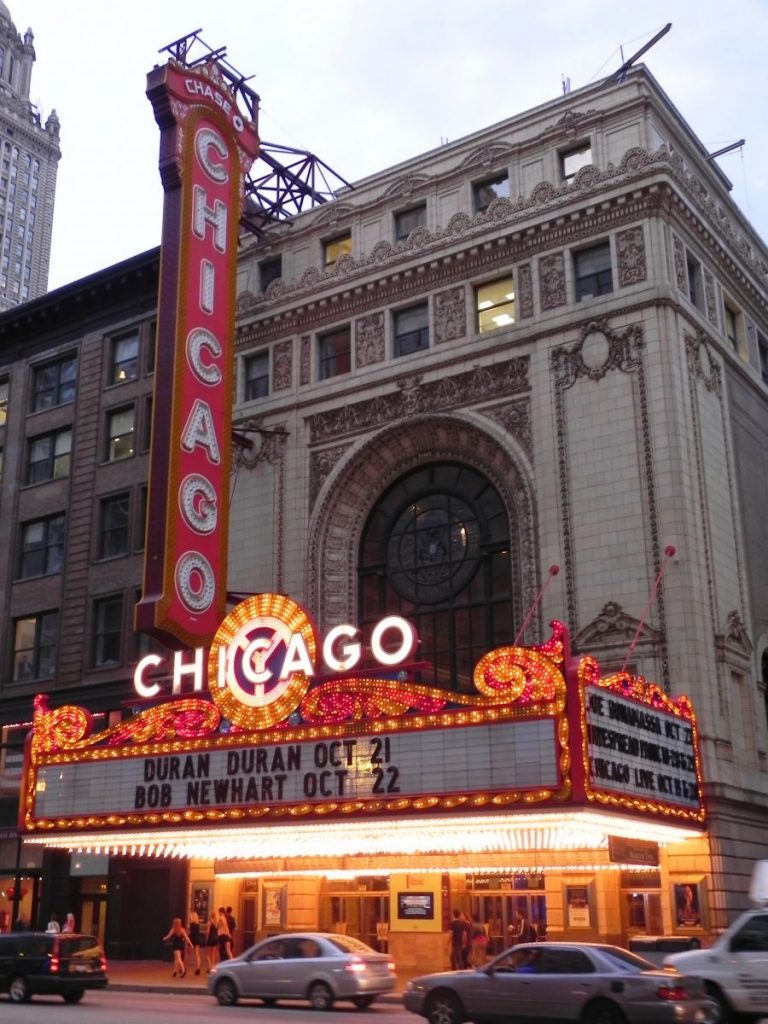 What to do in Chicago: the Theater District

What to see in Chicago in one day: from Millennium Park to the Loop

After have had the most typical – and local – among the breakfasts at Billy Goat Tavern’s at 430 North, Michigan Ave, go on foot towards Millennium Park.

I don’t think a better way exists to get in touch with the city than giving oneself an explorative walk through its parkways and its artworks. It’s a sort of “free area” among the skyscrapers of the Loop and Lake Michigan, considered – rightly – “one of the nicest and funniest public areas in the United States”.

Starting from its odd artistic installations, among them The Bean – known as The Cloud Gate – by Anish Kapoor artist stands out undisputed. A silver giant bean shaped sculpture – called The Bean after that – reflecting by the most unlikely ways the Loop’s buildings giving every visitor definitely unique and original souvenir photos. 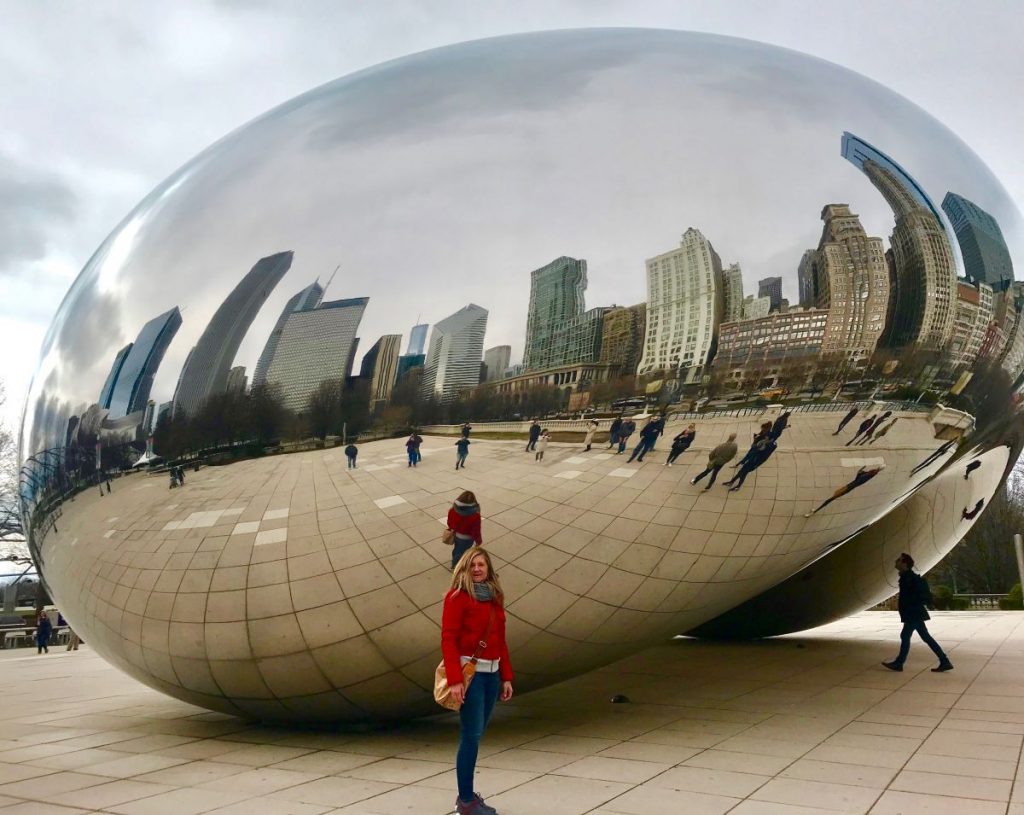 Then admire the shadow-light effects of the Jay Pritzker Pavilion, a giant shell-shaped stage for orchestra – with an interesting concert playbill from late Spring until the end of Summer: when it is photographed from the right perspective, it frames literally the skyscrapers of the Loop.

Once the exploration of the Millennium Park is finished, cross Michigan Ave at the crossroads with Washington Street and enter the Chicago Cultural Center – free admittance – the most ancient public library of the city where you’ll be able to admire the greatest Tiffany glass dome in the world. Take my word for! It’s amazing!

Go to the Loop to admire its public artworks exhibited between Monroe and Randloph Street and don’t forget the postcard souvenir photo at the Chicago Theater at 175 N, State street. 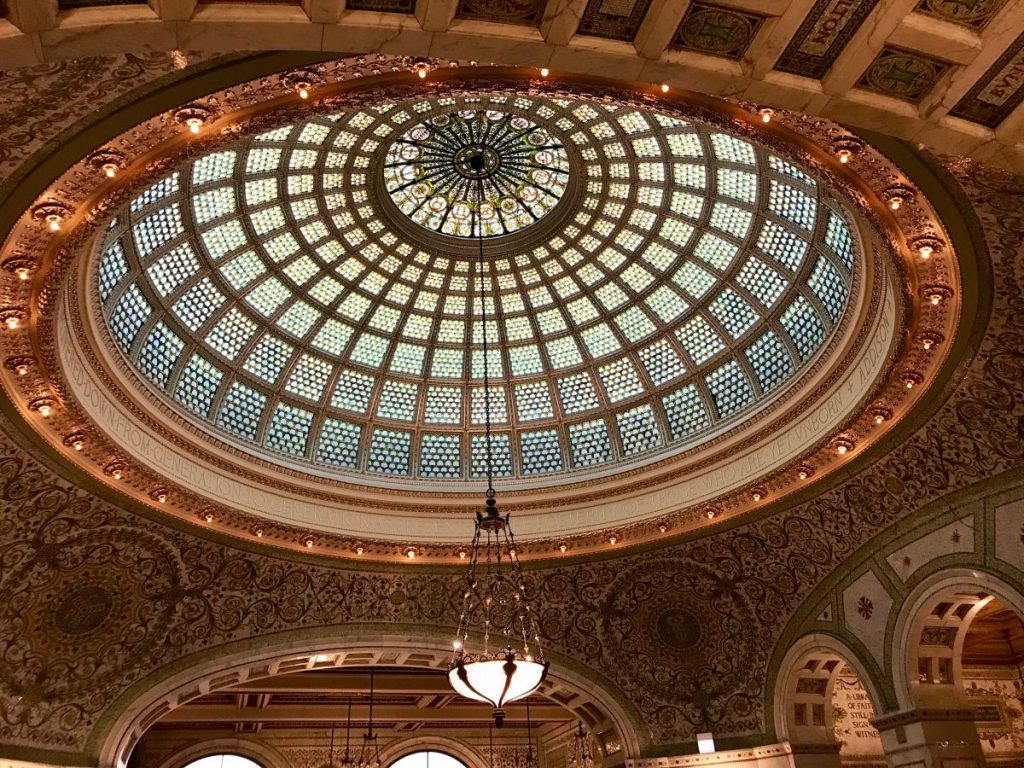 What to see in Chicago in one day: the Chicago Cultural Center Tiffany dome

What to see in Chicago in one day: cruise on lake Michigan and Chicago River, Navy Pier, lunch at Portillo’s

Go backwards Michigan Ave Bridge to have one of the cruises leaving right from here (they last one hour and half about) to show the wonderful architecture of the city, before from Lake Michigan perspective and then inside it through Chicago River.

Reach the River North for a quick lunch at Portillo’s, the “homeland” of Chicago Hot Dog (at 100 West, Ontario Street) and then relax with a calm walk through the Magnificent Mile – among the most famous American shopping streets – as far as the Navy Pier. 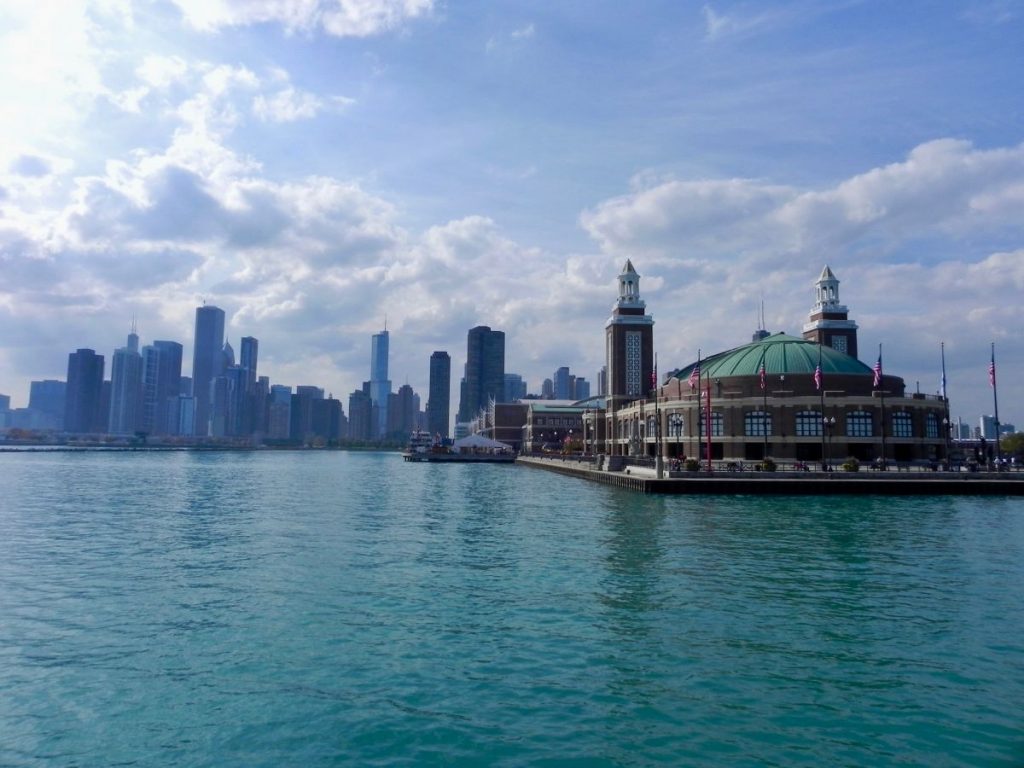 What to do in Chicago: Navy Pier seen from Lake Michigan

What to see in Chicago in one day: sunset on the city from the Chicago 360 or from the Willis Tower

Late in the afternoon reach the John Hancock Center, almost at the end of the Magnificent Mile, to enjoy the sunset on the city and on Lake Michigan from my favourite Skydeck, the Chicago 360. And to experience the thrill of the very new The Tilt, to find yourself on a glass slide literally “suspended” over the city.

Alternatively, you can decide to choose the Skydeck – famous as well – of the Willis Tower in the Loop. 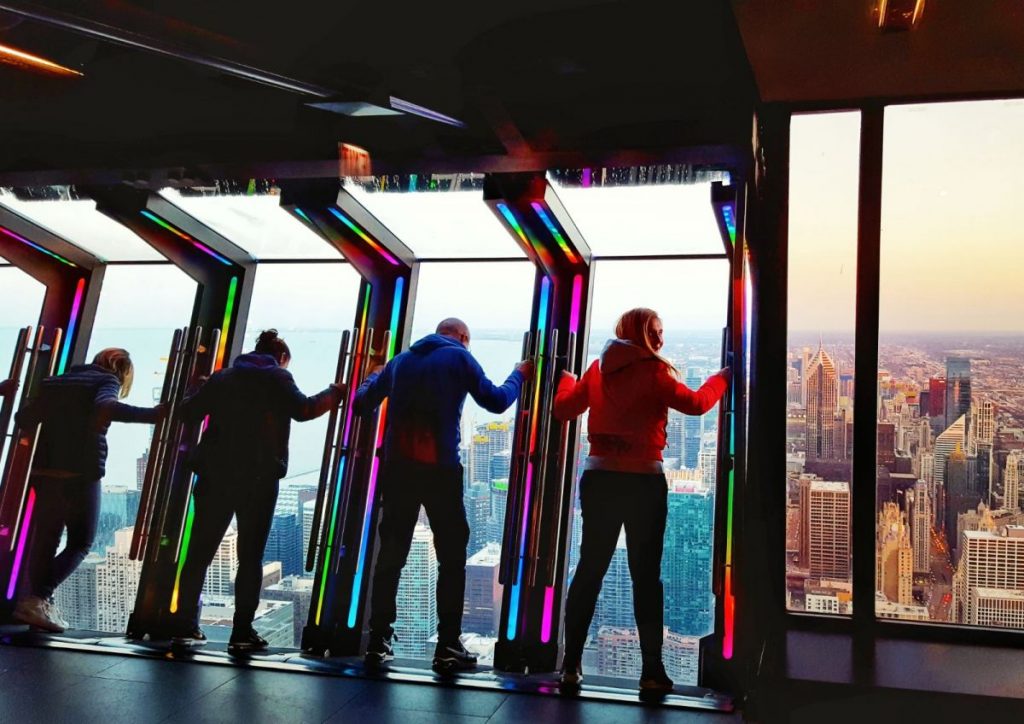 What to see in Chicago in one day: The Tilt, Chicago 360

What to see in Chicago in one day: Deep Dish Pizza dinner and Chicago Blues Session

Give yourself a local specialty dinner, the Deep Dish Pizza, at Pizzeria UNO’s (at 29 E, Ohio Street), where it was born in 1943.

You cannot end your day in Chicago without having taken part into a Chicago Blues show. 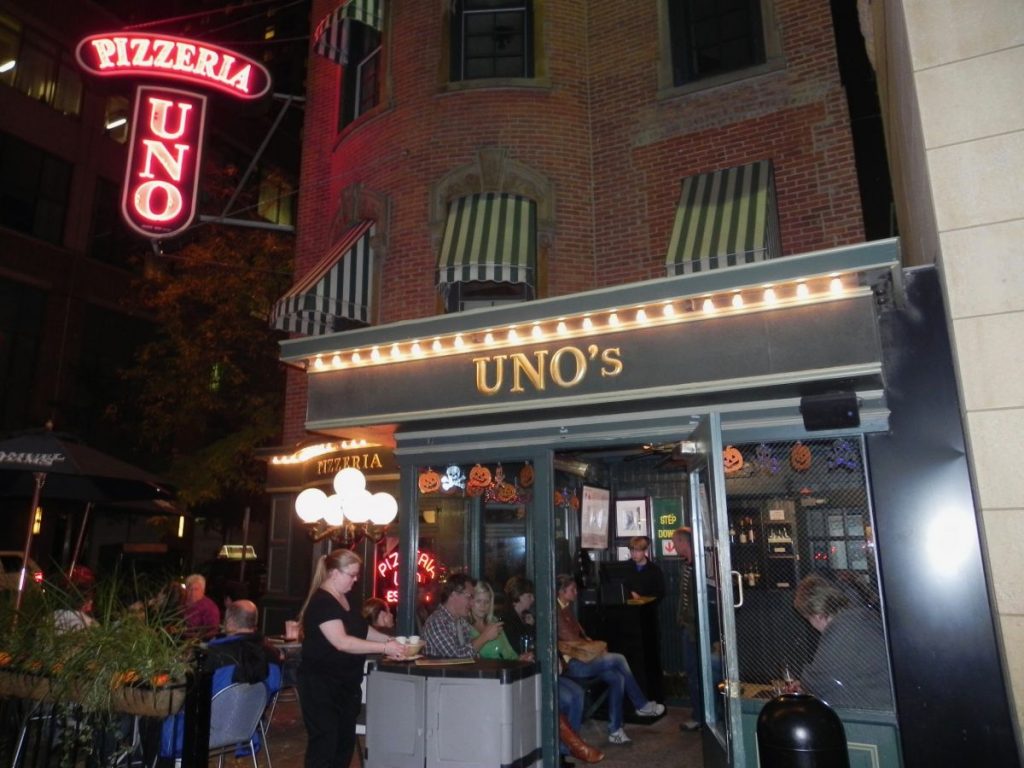 What to do in Chicago: eat the Deep Dish Pizza at Pizzeria UNO’s

Remember to book a table at one among these three venues – House of Blues, Buddy Guy’s Legends or Rosa’s Lounge in South Side to taste also soul food – and you’ll enjoy a really unique and really very local experience.