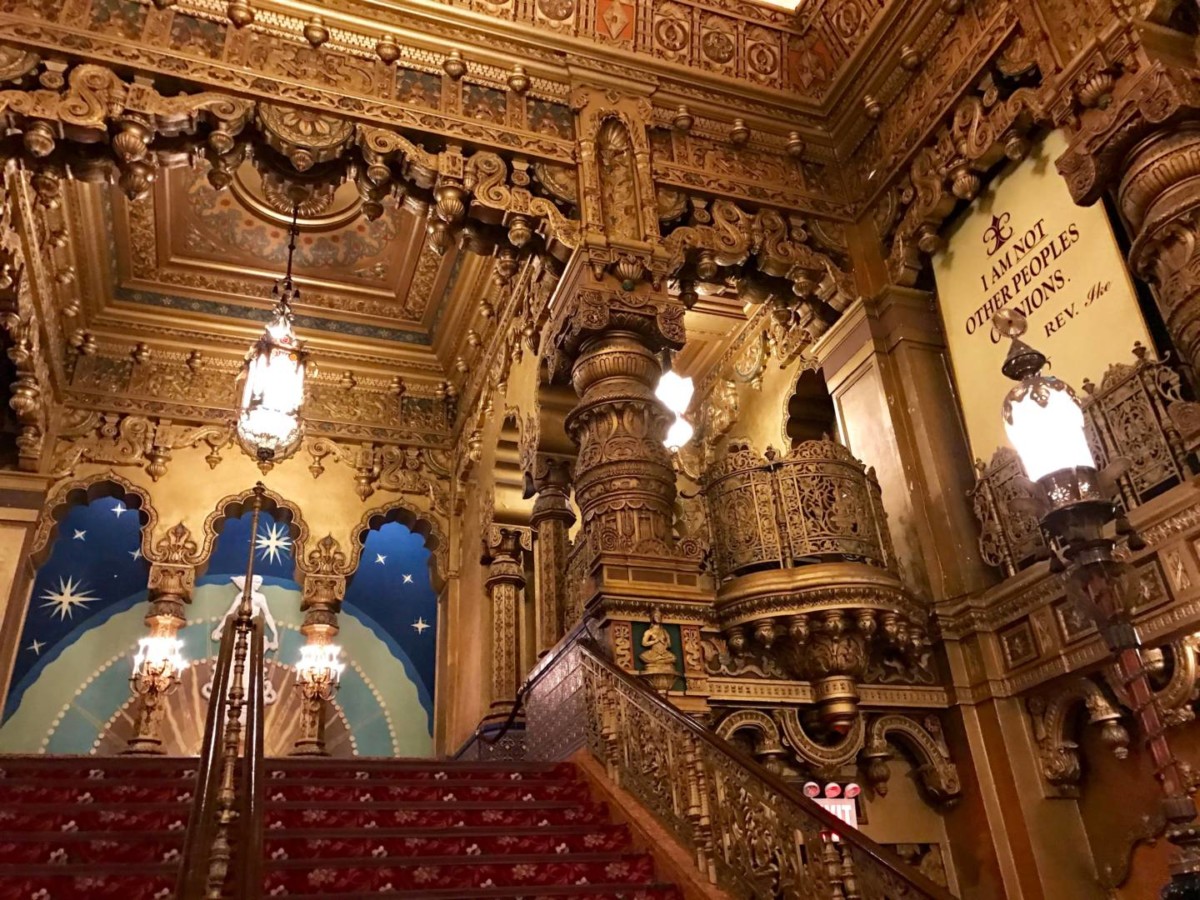 Those places of the old New York still, like suspended in time, to their ancient splendor.

Places which are able to take the visitor through an exciting journey into the past and allow him to relive all the magic and the charm of remote eras.

Places tied to stories and characters which have contributed unavoidably over years in creating the myth of that captivating melting pot of people, skyscrapers, vintage buildings, moods, feelings, music and shoots New York City is today. 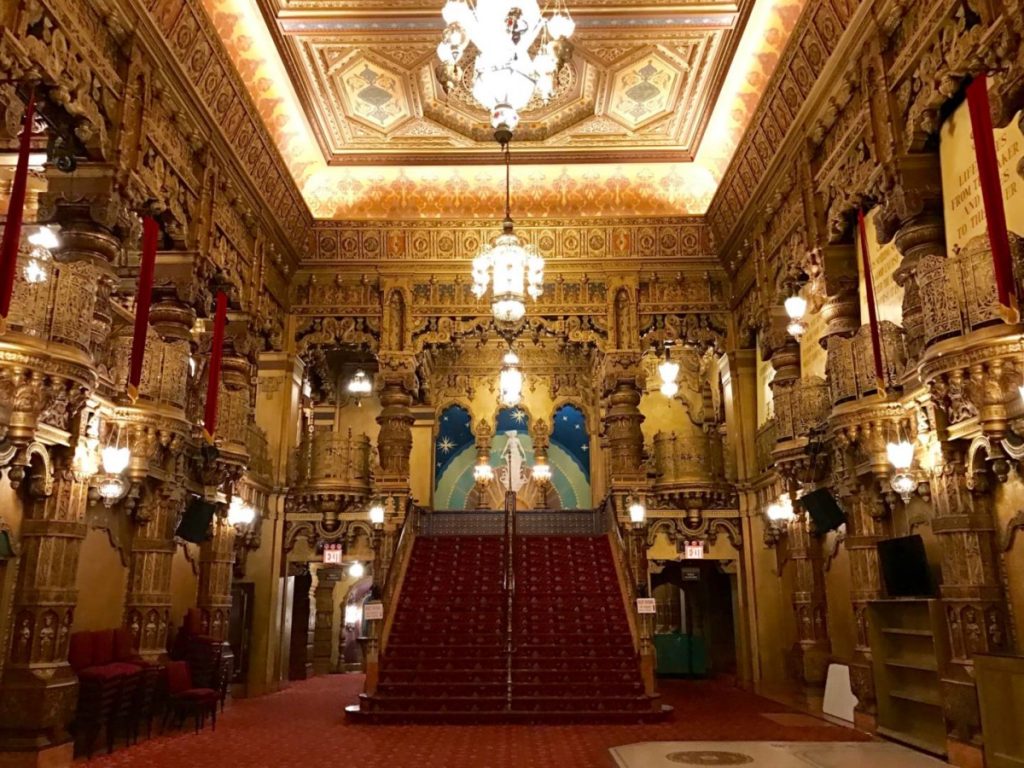 Places of the old New York: all the charm and the magic of the historic Loew’s Movie Theater

Those places of the old New York I love to find out, go through an experience with all the feelings and then tell, to try transmitting at least in part the charm and the joy of the discover.

Like for example the Upper Manhattan – an ancient and suggestive area near the Hudson River where tourists never arrive to, a real shame – and the chance to visit one of the 5 great movie theaters where the Belle Époque high New Yorker society loved to spend its evenings. The Loew’s Movie Theater, today renamed United Palace Theater.

Arriving from the South along he Broadway you sight it on the right: it’s a remarkable size building, definitely eccentric in the choice of its outside colors, as it was planned like this way not only to astonish the audience going in, but to catch the attention of passers-by and onlookers to attract them magnetically inside.

Beyond the box offices and the big glass doors of the entrance there’s the real magic.

You find yourselves completely swallowed by the odd architecture of the 1920s, the stuccos, the mirrors, the inlaid works – in a dazzling and variegate gold shade – and even the sociable, the elephants, the oriental elements and that wonderful projection room, today a theater, that literally leaves you gaping. 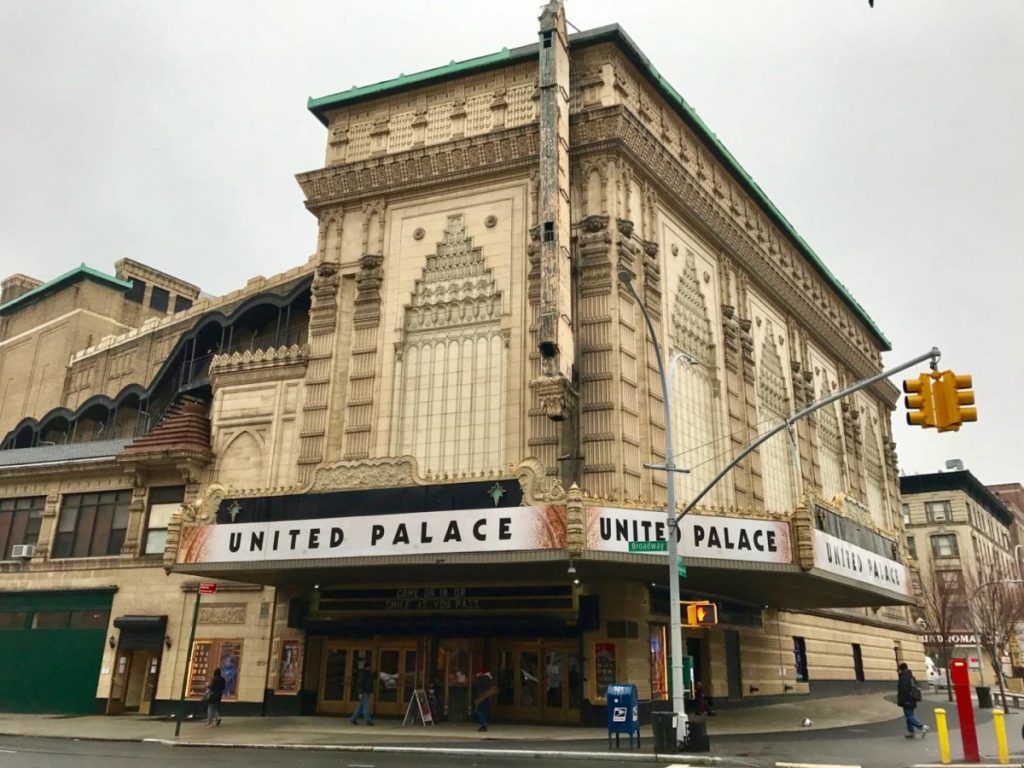 Places of the old New York: history and characters of the Loew’s 175th Street Theater

In the Hollywood golden age, when the stars and the great productions made the fortune of a movie and the successful movies decreed the birth of colossal movie theaters in the first decades of the 1900s, Marcus Loew – producer, creator of one among the greatest theaters chains of that time and holder of the majority of the Metro-Goldwin-Mayer stocks – ordered the building of 5 new movie theaters.

The Kings Theater, The Valencia, The Loew’s, The Paradise and The Jersey which then were called The Loew’s Wonder Theaters, with the aim to cover the showing in the whole New Yorker area as far as New Jersey. 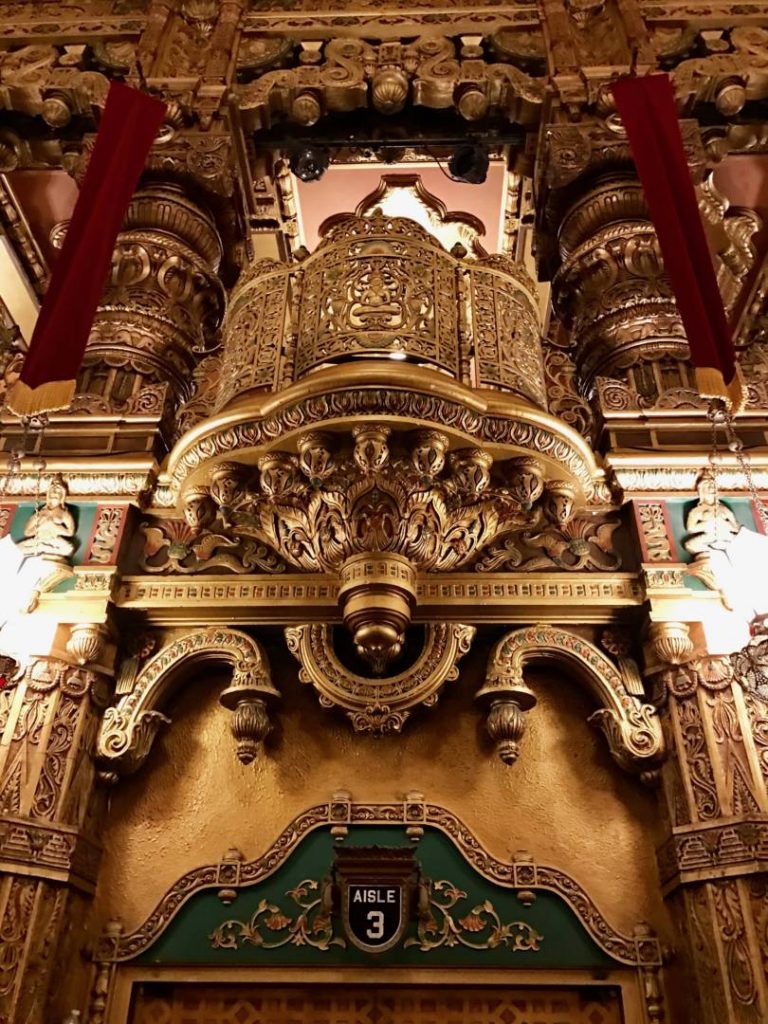 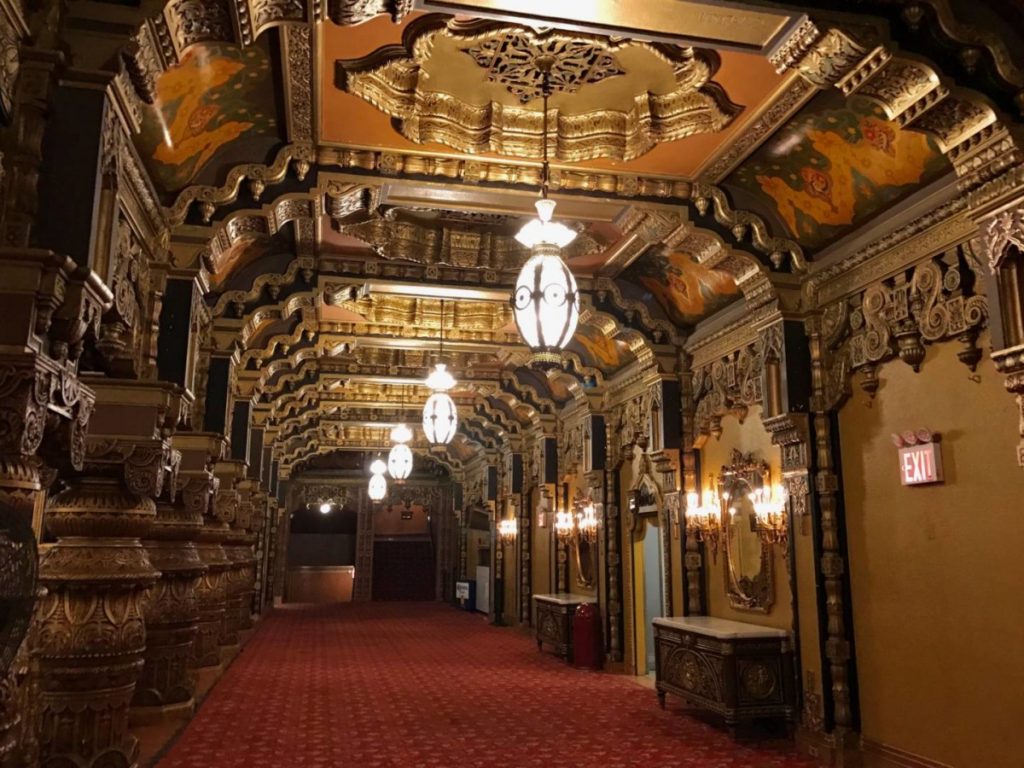 Places of the old New York: Loew’s Theater, details of the balcony taking to the stages 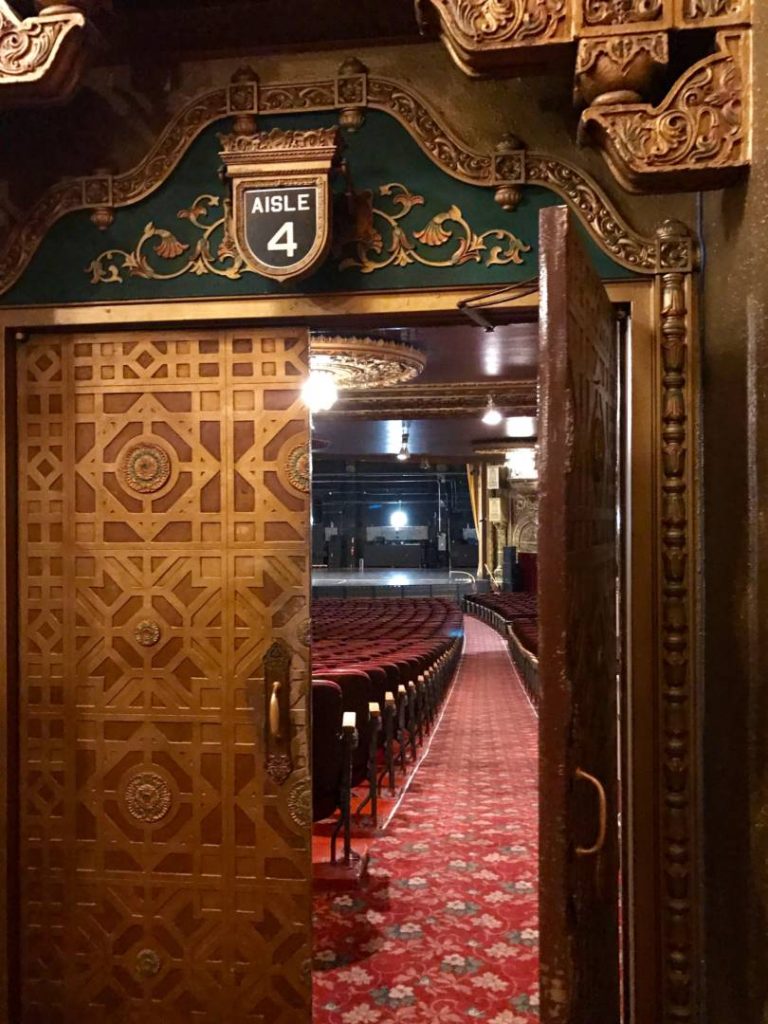 Places of the old New York: Loew’s Theater, the entrance to the orchestra

The Loew’s 175th Street Theater is located on the Broadway, much more to the north of the area with the same name today identified as the theaters’ area near Times Square: it was considered at the cutting edge of the five ones by many people.

It was built according to the rules of that time by the architect Thomas W. Lamb and it became one of the most coveted and well crowded places of that time.

According to Lamb the building – a sort of movie theater – had to perform a very important function.

“The member of the audience has to be dazzled by the twinkling of the entrance,

on a new incredible adventure projected in the movie theater.”

Because – how Marcus Loew loved to repeat – “people must arrive to think buying theater tickets and not those ones of a simple movie theater”. 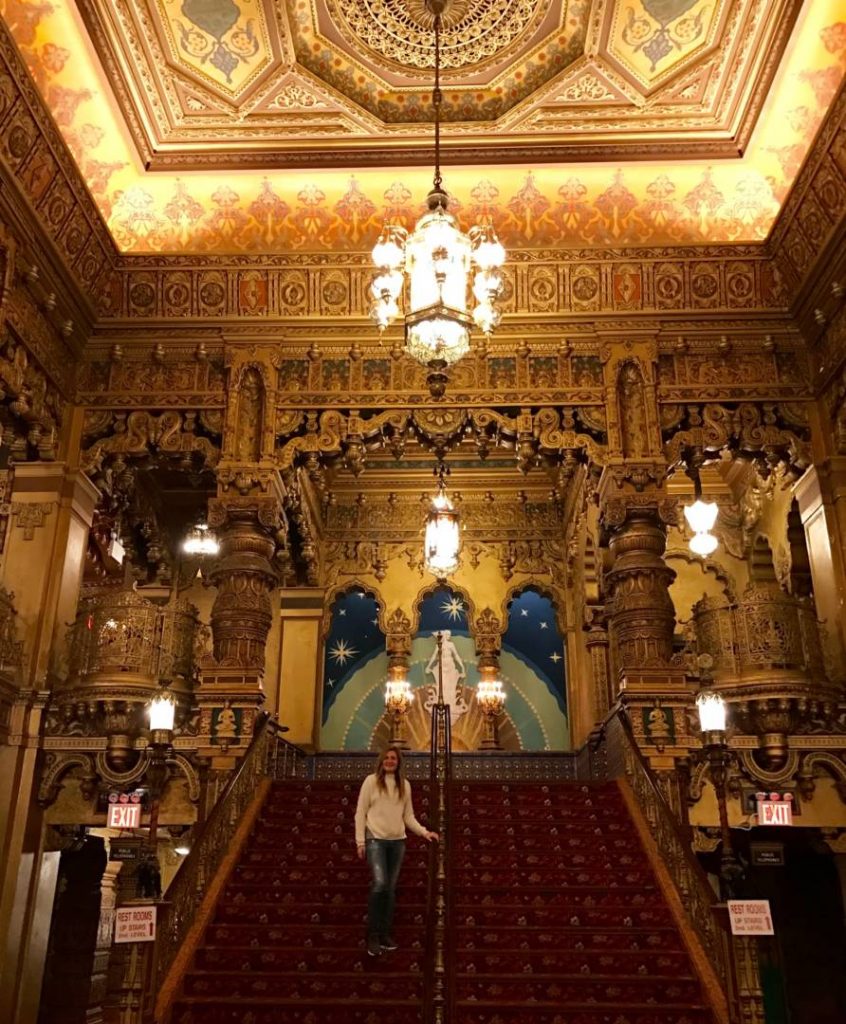 Places of the old New York: Loew’ Theater, the stairs 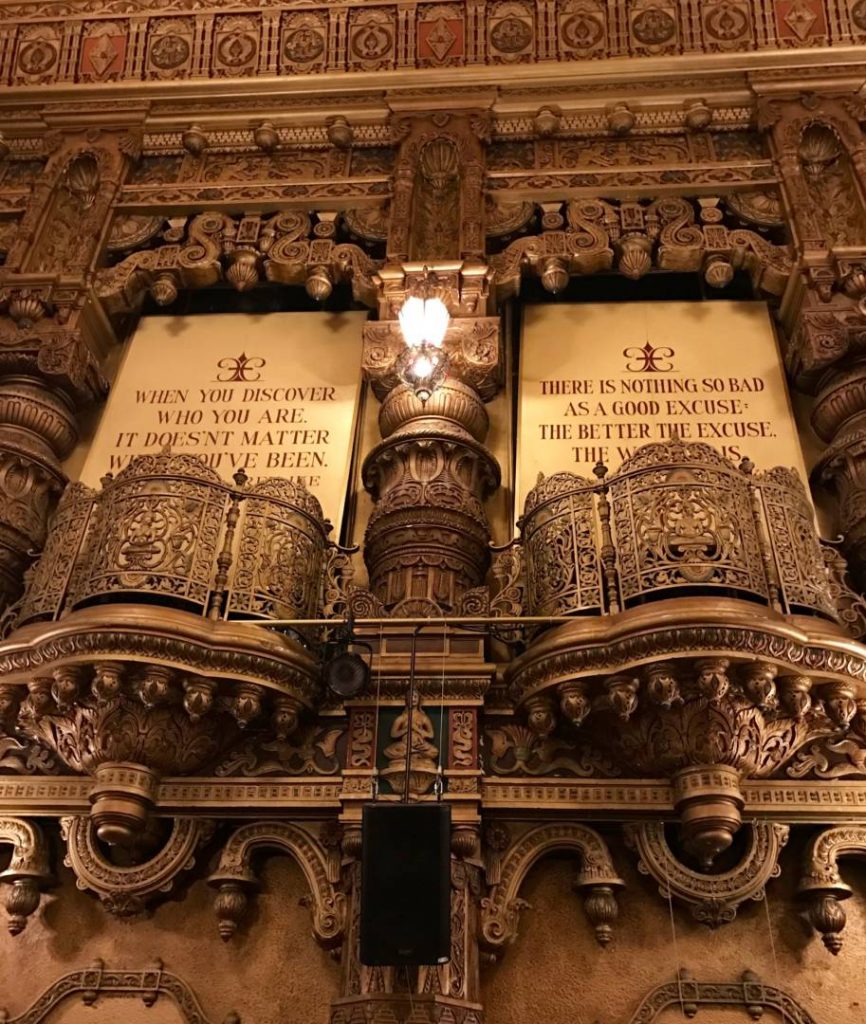 Places of the old New York: from the Loew’s to the United Palace Theater

The Loew’s lived a period of great splendor from the 1930s to the Post-War. The successive birth of the modern movie theaters, certainly more practical and cheaper, decided its final decay.

In 1969 after years of closure and abandon, short before to be demolished, it was purchased (and saved) by the Reverend Ike, whose real name is Frederick Eikerenkoetter: he used it as the official seat of its fraternity – not before to finish an amazing restoring work and renamed the building United Palace Theater.

Today his son Xavier keeps running the whole facility through the same ecclesiastic organisation, promoting the cultural spiritual and social development of the whole district, also through educational programs for young people and families and several theater and music activities. 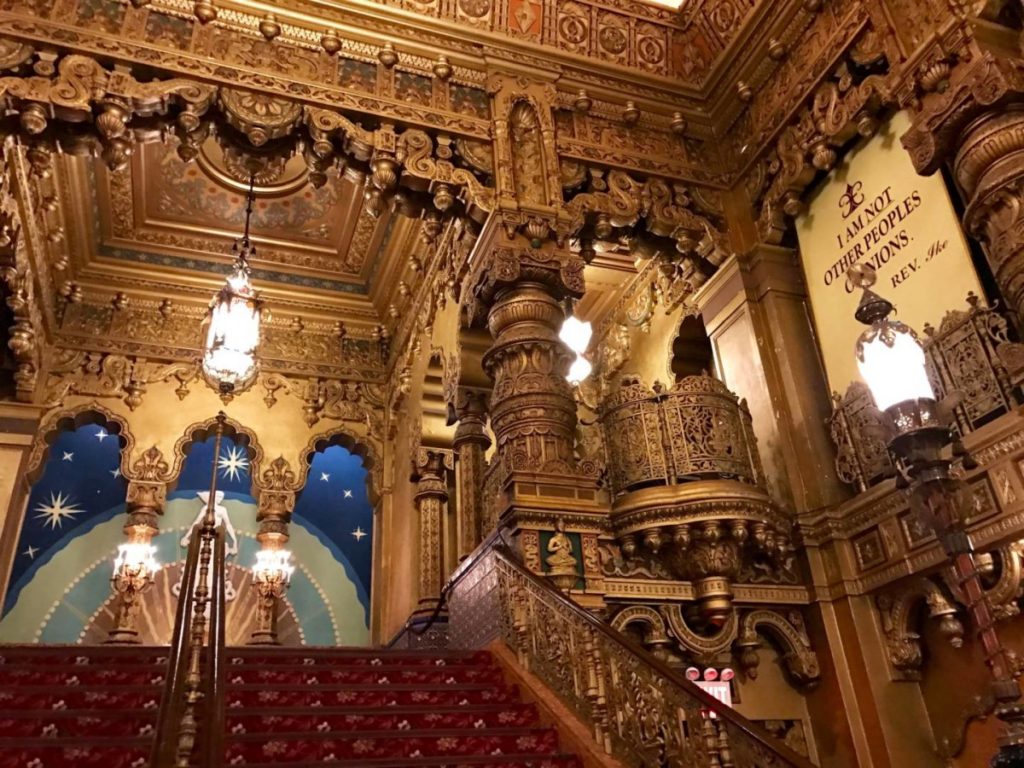 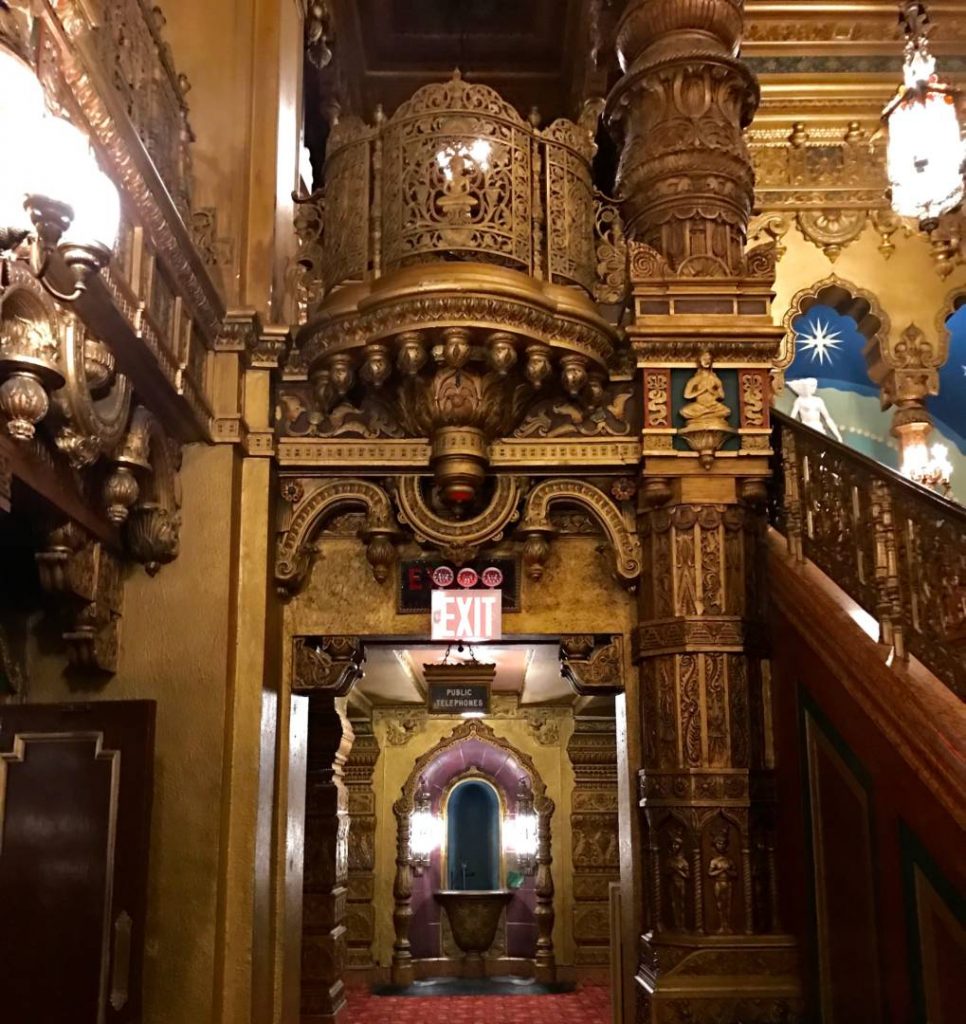 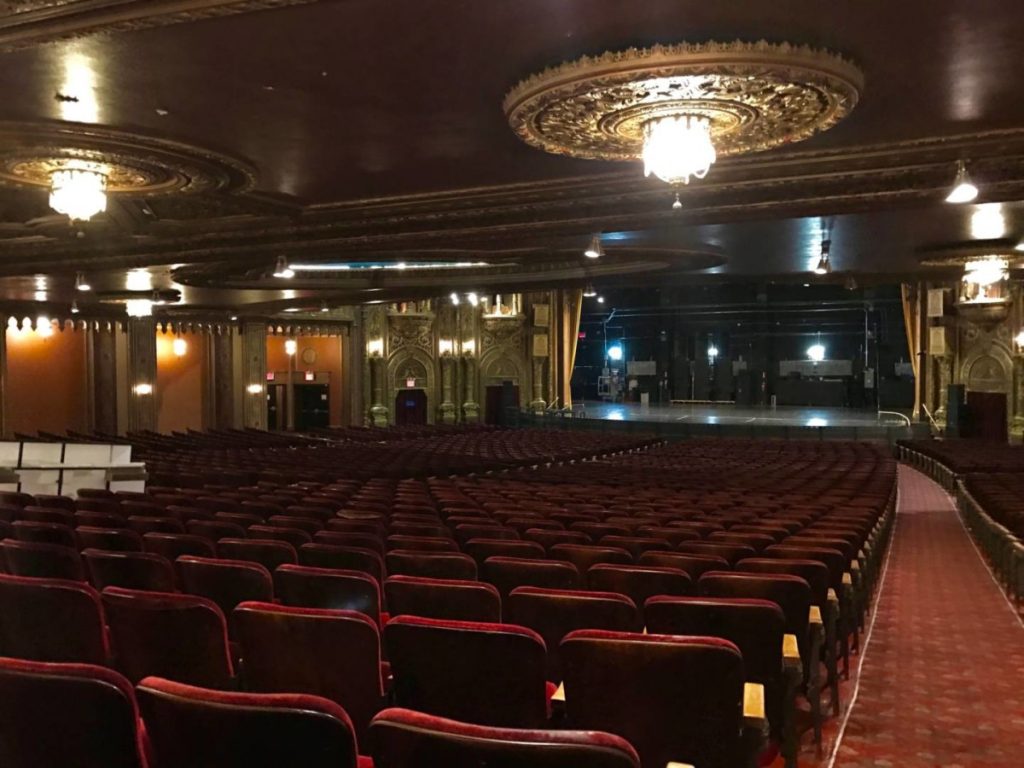 Places of the old New York: Loew’s Theater, the orchestra

Place of the old New York: plan a guided tour to the United Palace Theater

The Theater is located at 4140, Broadway between the 175th and 176th Street, near George Washington Bridge.

Upon direct booking it’s possible to require a personalized guided tour (free, however a donation is recommended) to discover the tales and the events tied to this wonderful historic site. 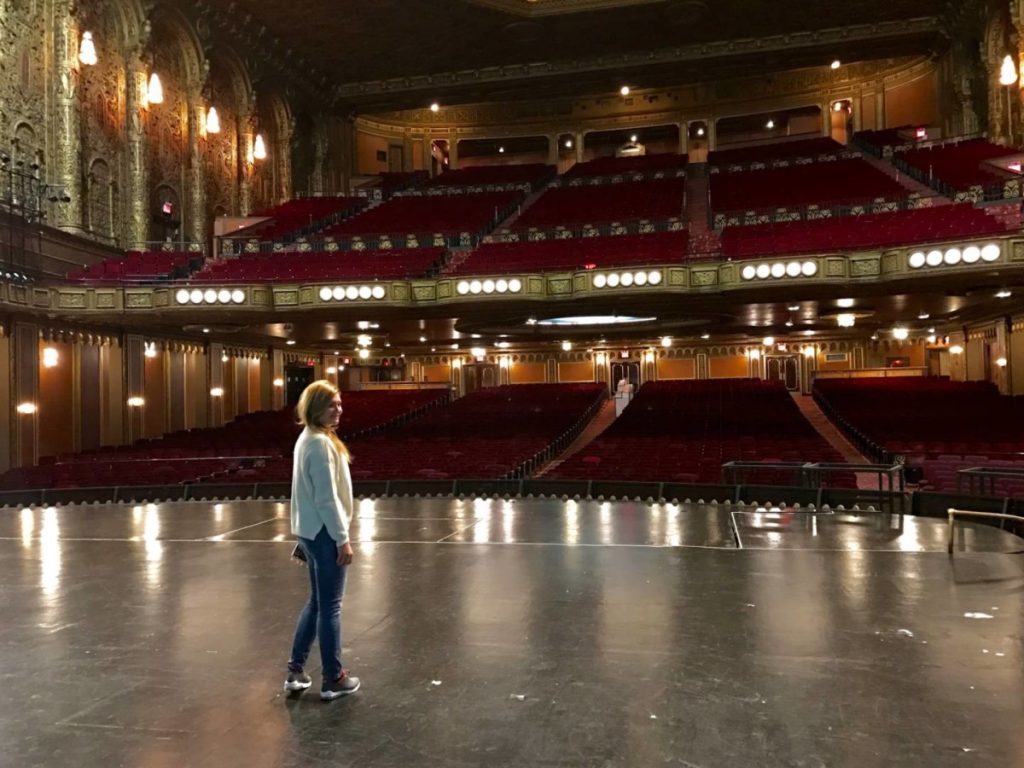 Places of the old New York: the orchestra of the Loew’s Theater seen from the backstage

My tip is to contact directly the theater writing an email to info@unitedpalace.org or calling the telephone number 212-568-6700 and fix an appointment to be able to reach the facility.

Or get info about the theater showing that monthly shows performances, concerts and debates.

To relive as members of the audience, maybe in a soiree, all the charm and the magic of the old Loew’s 175th Street Theater.