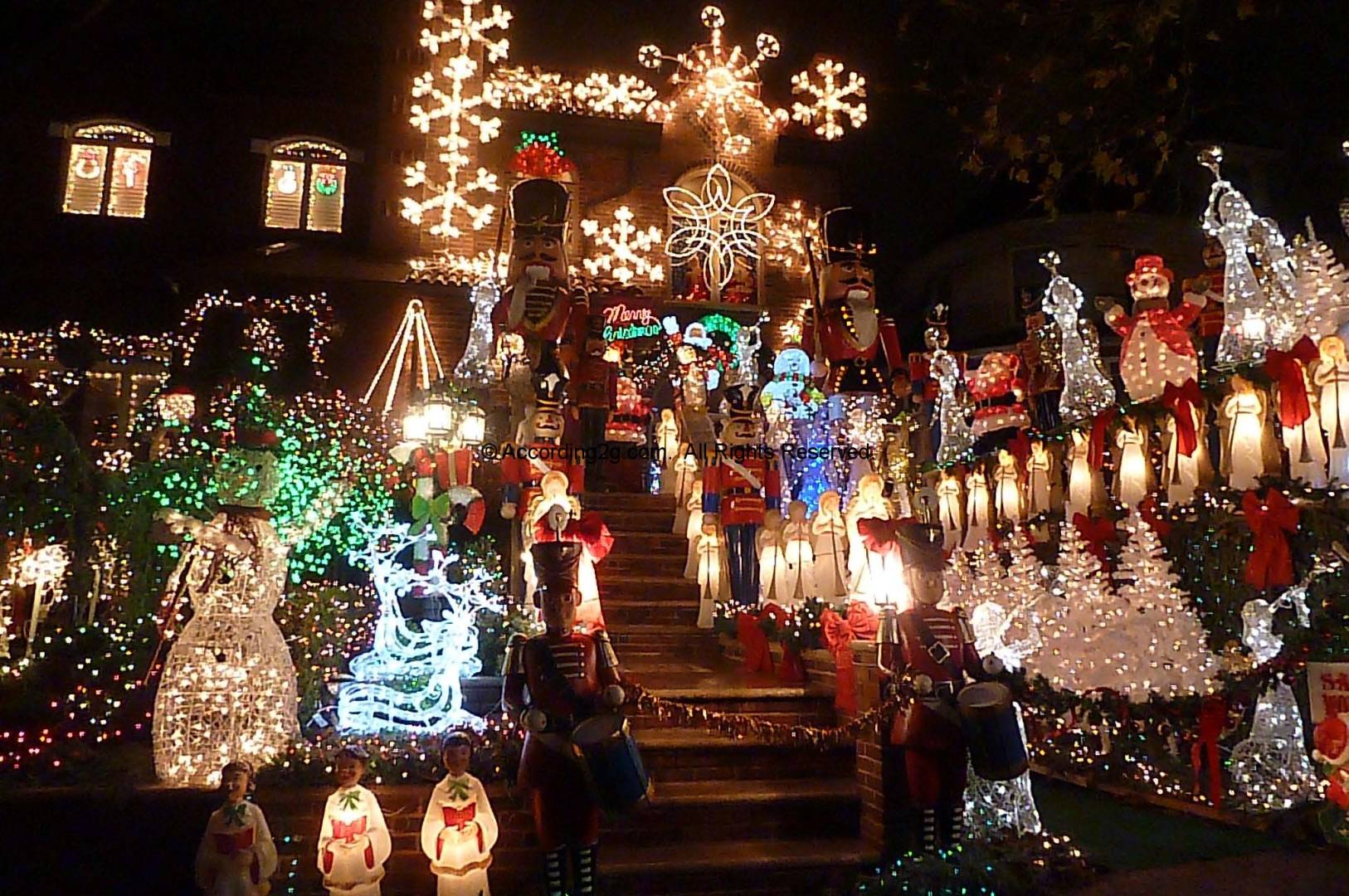 Time of decorations, Christmas little markets, theme music (and unforgettable movies) and famous skating rinks. Just try to have a stroll between the Rockefeller center and the Wollman Rink in Central Park.

Time of trees and shop-windows lighting ceremonies: do you have any idea about the fantasy and cleverness that are releasing in this period in the stores and in the malls of the 5th Ave?

And, as usual, since over 20 years, time of Dyker Heights. 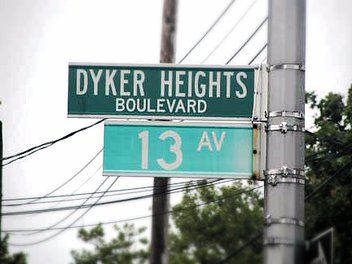 What about am I talking about?

I’m talking about a special event and definitely original which takes place every year, from early December until the end of Christmastime, in the Dyker Heights district.

A prestigious residential area, chosen among other things by several (and rich) Italian families, to the south-west of Brooklyn, located near the promontory separating the Upper Bay from the Lower Bay, just opposite Staten Island.

Every year after the Thanksgiving Day, the residents of the district start to decorate their wonderful dwellings (calling them houses would be an understatement) with decorations, lights and the most incredible and fanciful hangings (sometimes to the limit of kitsch): some of them have elaborated representations and animation characters, other ones with an endless series of led along the entire perimeter of the houses. Other ones even with the most typical scenes of the Nativity with some definitely odd addition. 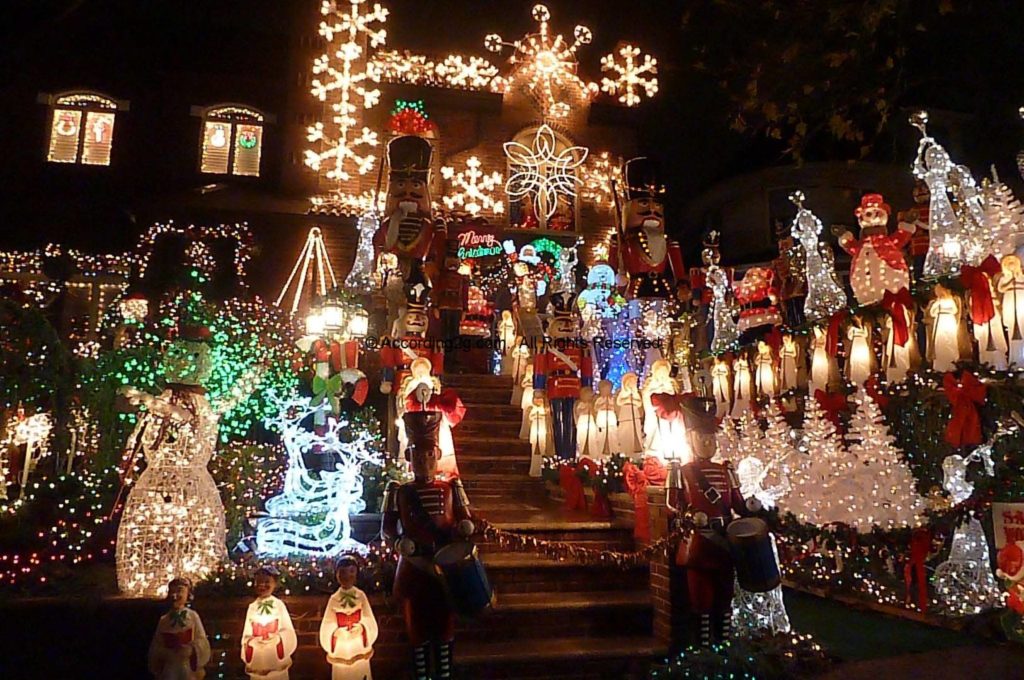 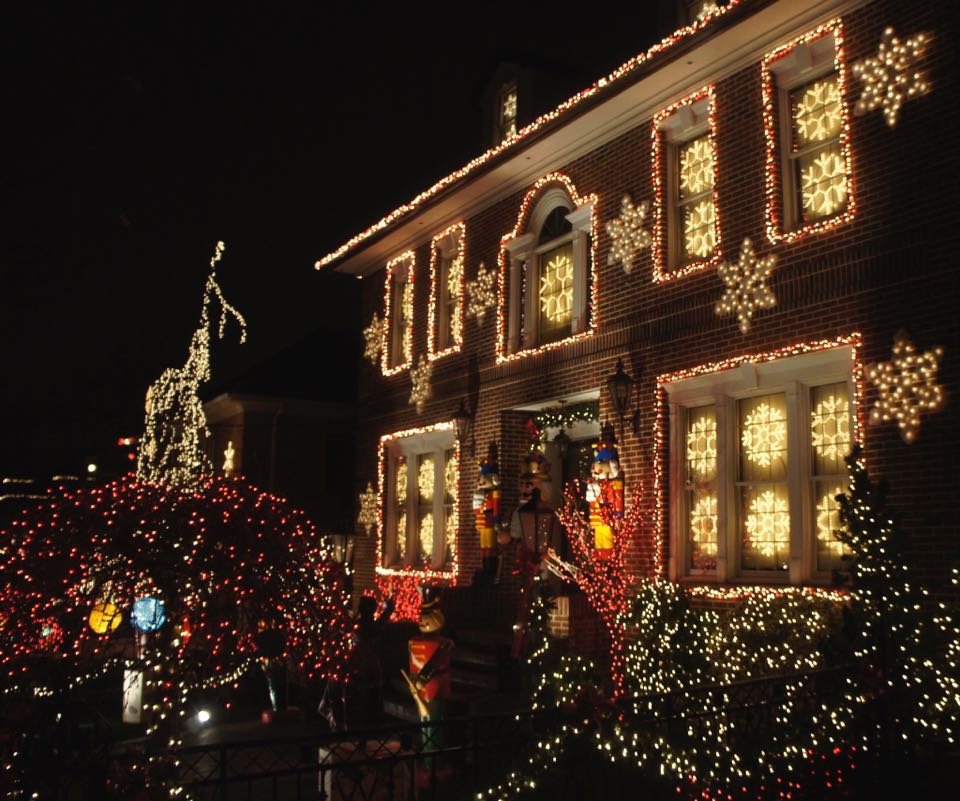 A tradition turned over time into a sort of competition into which a good part of the inhabitants of the district take part, to award the most surprising decorations with neon lights, sparkling statues and Santa Clauses by the most incredible and variegate shapes.

It seems everything started in the 1980s with the series of angels lighted in Lucy Spata’s garden (at 1152, 84th Street) and then it went on with the giant Santa Claus at Alfred Poliziotto’s entrance (at 1145, 84th Street) and in short time it infected a good part of the district’s residents. 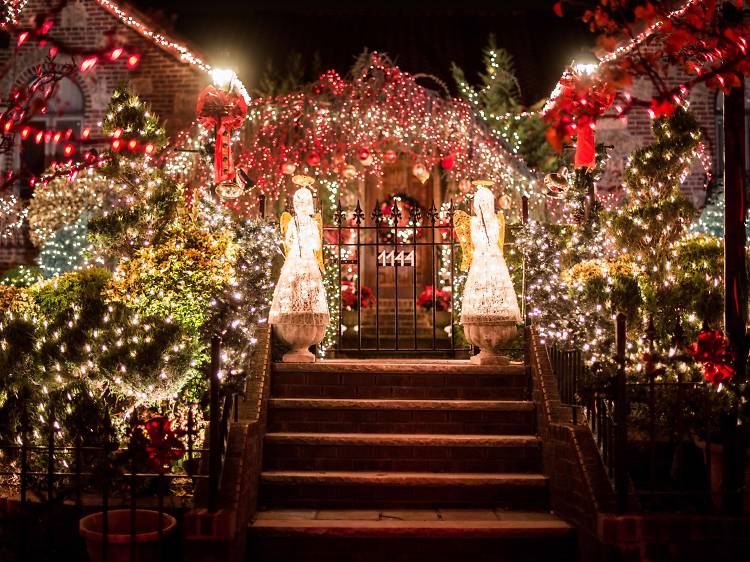 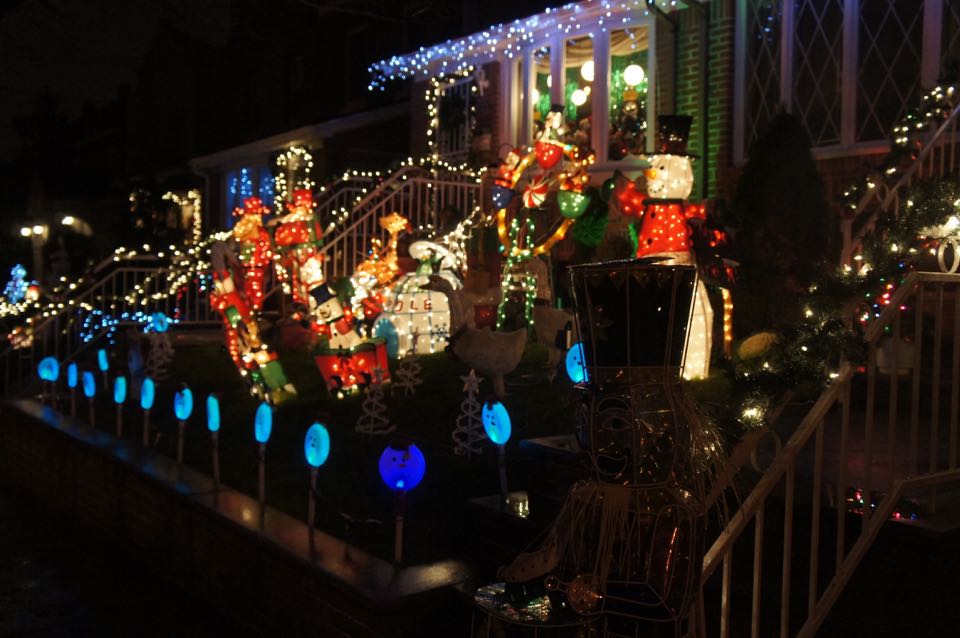 The lighted streets in Dyker Heights attract every year hundreds of thousands of visitors, by now.

No surprise that around this event guided itineraries were born: they aim to let know the district’s curious issues (and of Brooklyn itself) and to let enjoy over some hours the magic and the charm of these unusual and bright Christmas decorations. 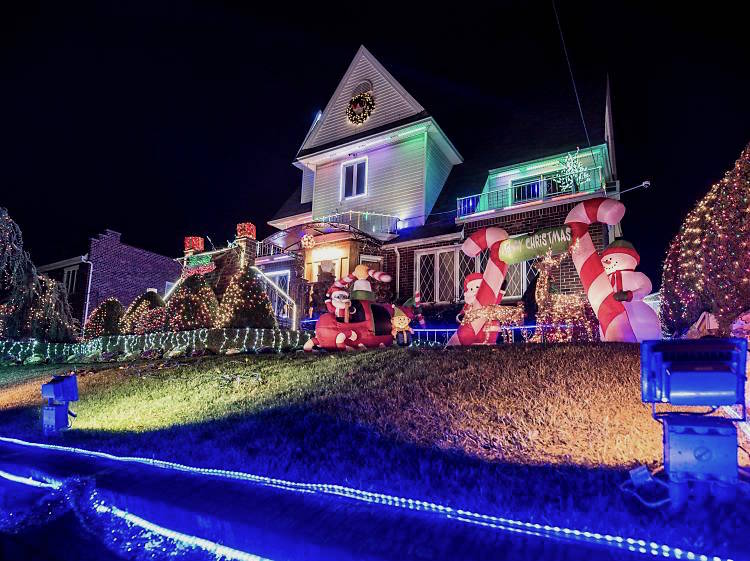 If you are going to plan a stay in December in New York and you want to live and enjoy another piece of real, exaggerated and unusual Big Apple, you cannot miss Dyker Heights.

You can arrive alone by subway – the nearest stop is the D line one, 71st Street, then moving on foot from the 76th to the 85th street, between the 13th and the 10th Ave. 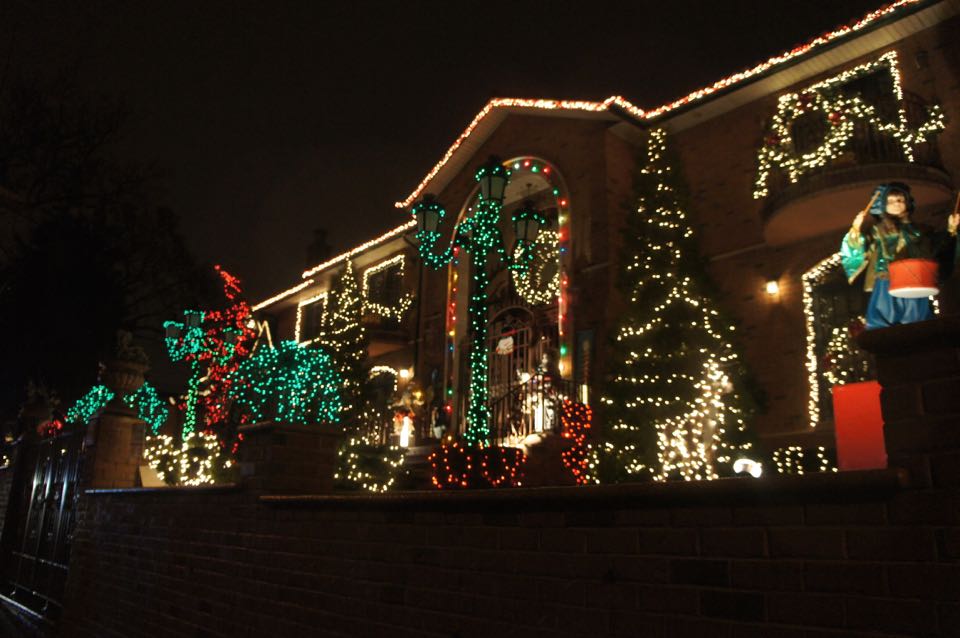 Now I wait for your photos and comments on “after” tour/experience.

So, enjoy the magic, enjoy Christmas in New York!