Visit Mendocino, California: a journey into the Jessica Fletcher’s “Cabot Cove”, an ancient village of the “New England” straight on the Pacific Ocean 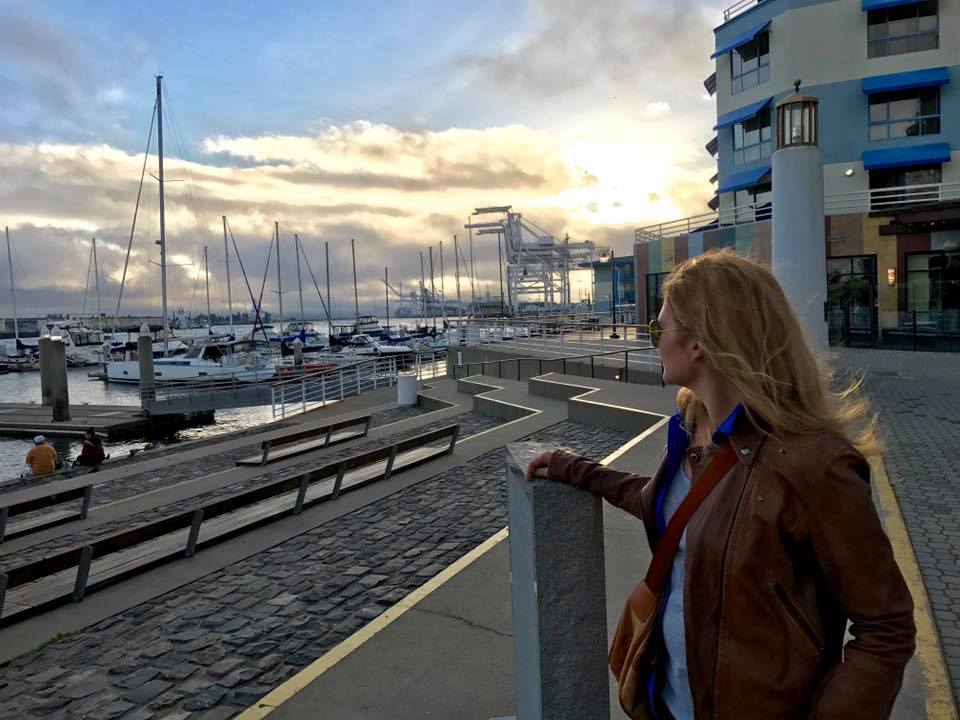 What to see in Oakland: sunset from the Jack London Square

What to see in Oakland and above all why – in the wide offer of the San Francisco Bay Area – choose to stop for a couple of days and visit it?

Easy. Oakland includes in itself all the spirit, the emotions and the essence of the East Bay.

Really near San Francisco – few BART (subway) or Ferry stops – and yet so unlike that it seems a universe apart. 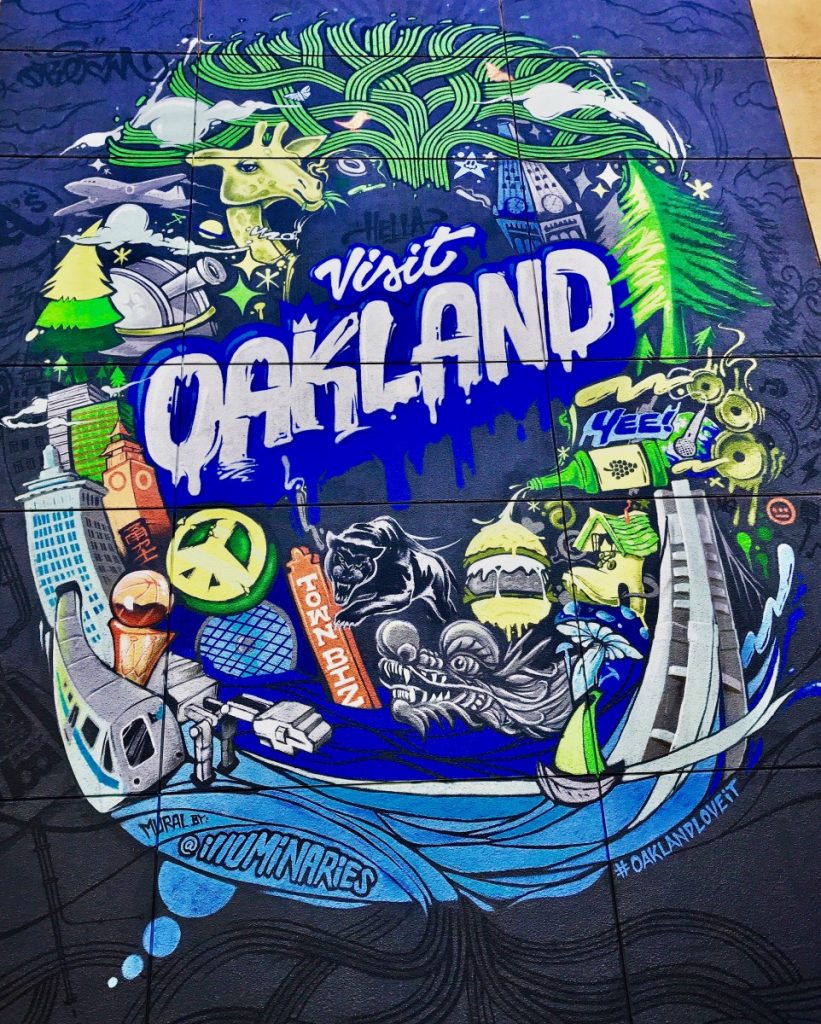 What to see in Oakland: murals and graffiti

One voice, one life, one love, one heart, one town. That’s all.”

Oakland is Jack London, his places, his tales and the old Heinold’s First and Last Chance Saloon, one among the few buildings which survived miraculously (with a 25% slope of the floor) the terrible earthquake in 1906.

Oakland is California’s history, a “room with a view” of Frisco, the neon lights of Uptown’s theatres, the very lively and authentic communities of Temescal, Fruitvale and Chinatown and the smell of the cuisines from all over the world.

Oakland is the starred sky seen with your nose up from the Chabot Space & Science Center, a sunny day spent on the Lake Merritt, the bright colors of its murals. 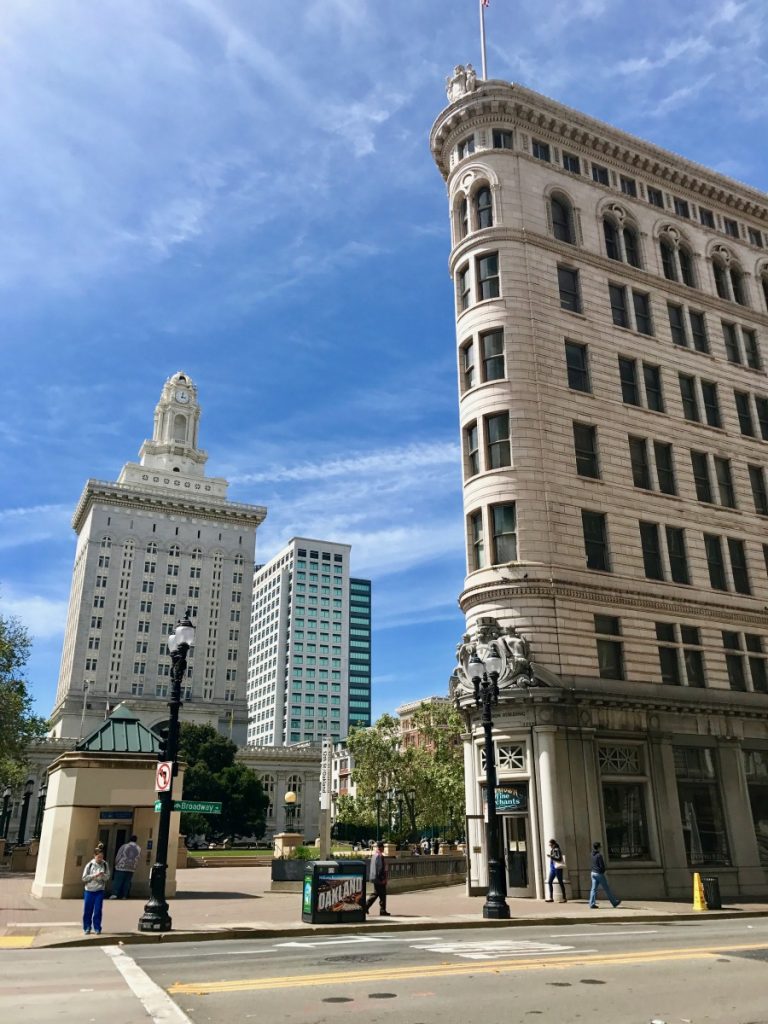 What to see in Oakland: the Downtown buildings

And even music, sharing and community.

Try to go into – maybe after 5pm – one of the many breweries along the Broadway and you’ll realize what I mean.

Oakland is part of that unusual and precious California that I love so much, telling real and very beautiful stories and astonishing with its daily routine.

And why not, a factor not to underestimate, a valid alternative to stay (saving) out of the San Francisco chaos – however being able to reach it easily in every moment – and live like a local all the magic and the real life of the East Bay Area! 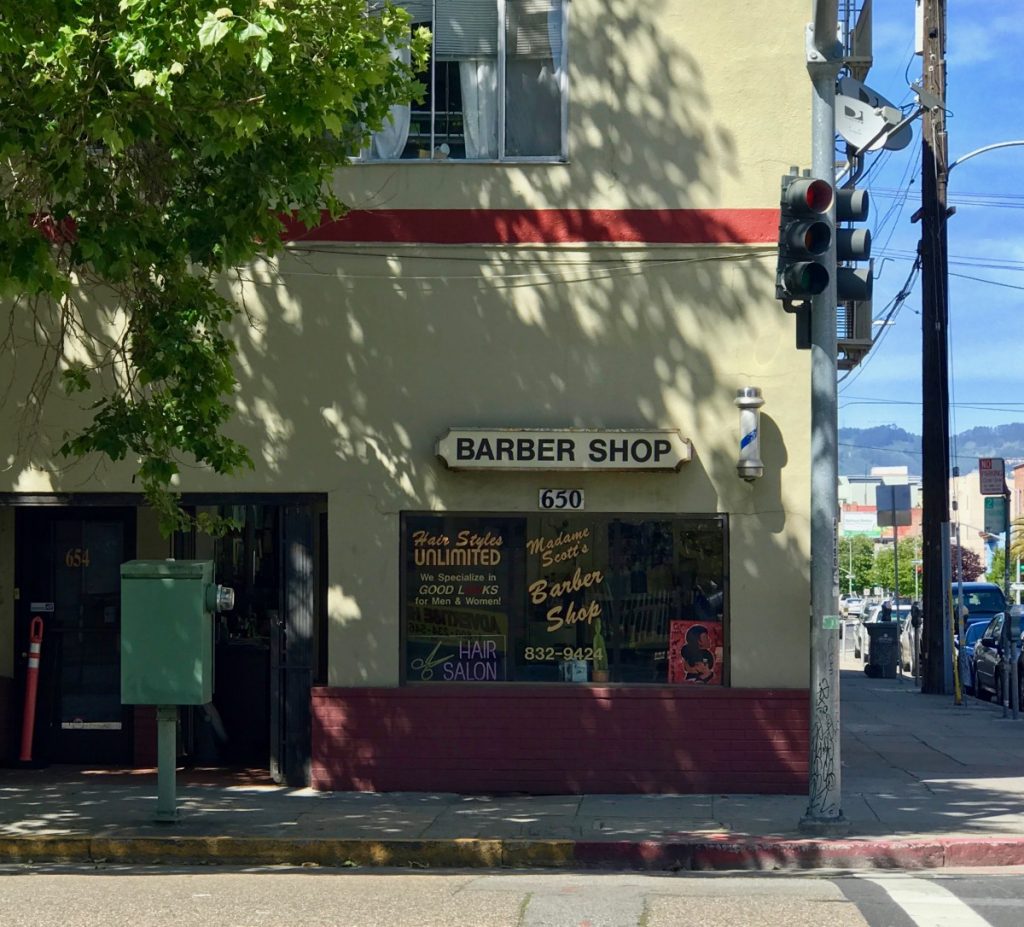 What to see in Oakland: Uptown, details

What to see in Oakland: Jack London Square

The discovery of Oakland must begin from the Jack London Square and the promenade along the Embarcadero linking the Estuary Park as far as the Ferry Terminal to Alameda and Frisco and to the US Potomac, the “presidential” boat used by Franklin Delano Roosevelt, today downright floating museum.

The sunset among the boats’ sails crowding the quay on the Oakland Estuary and the shaded profile of San Francisco on the background will be one of the most lively, real and suggestive pictures you’ll take with you.

What to see in Oakland: sunset from the Jack London Square

The homage to Jack London, one of the most famous and prolific American writers ever, is not only in the square’s name.

Few hundreds meters along Water Street, right in the front of the Heinold’s First and Last Chance Saloon – the old and beloved pub which gave the artist a lot of inspirations, characters and sceneries for his first novels – it’s possible to visit the reconstruction (with the original wood logs) of his Yukon Cabin, in the Klondike.

The inaccessible place of Alaska he reached upon the illusion of the Golden Rush and that gave him cues and stories for some of his most famous novels, among them “White Fang”. 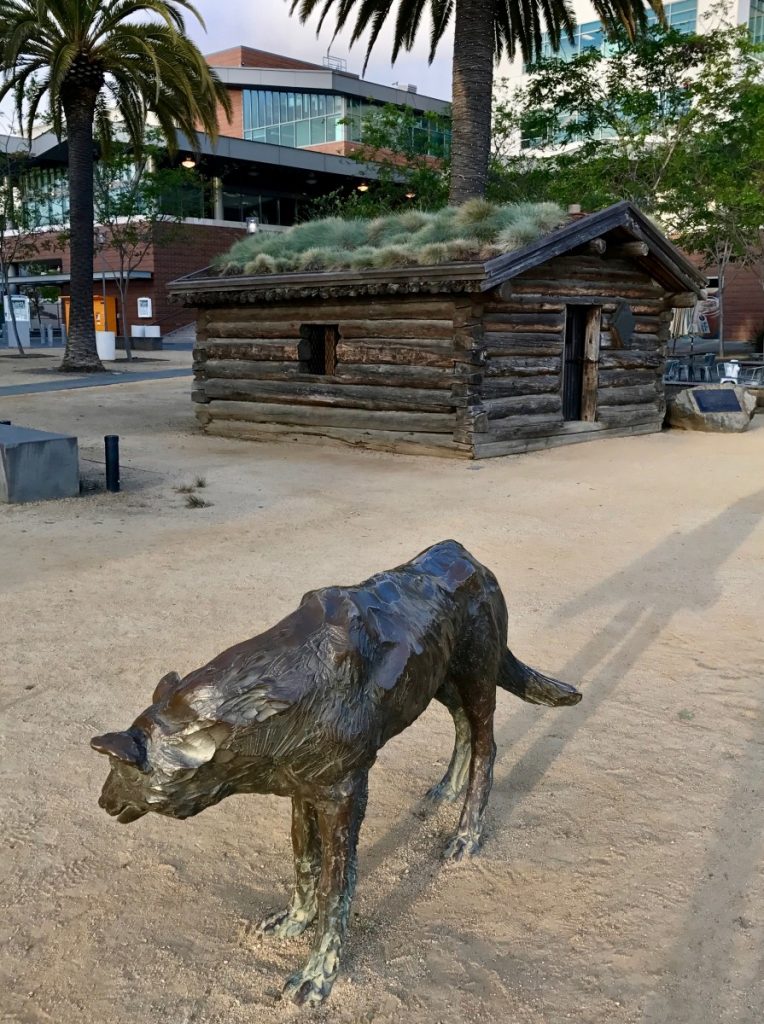 What to see in Oakland: Jack London’s Cabin

The Jack London Square represents the end (or the beginning) of a downright literary path crossing a good part of Jack London’s life and works arriving as far as the heart of the Sonoma County, to the Jack London State Historic Park. 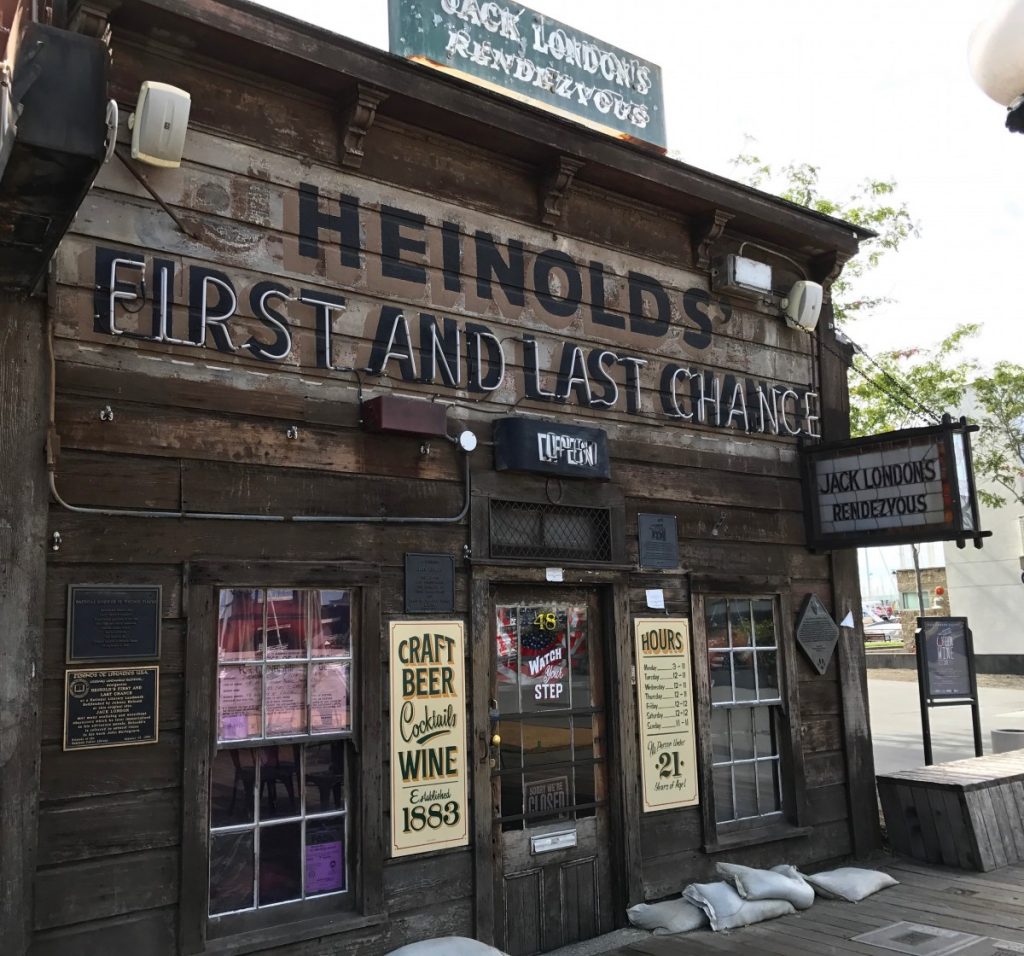 What to see in Oakland: Heinold’s First and Last Chance saloon 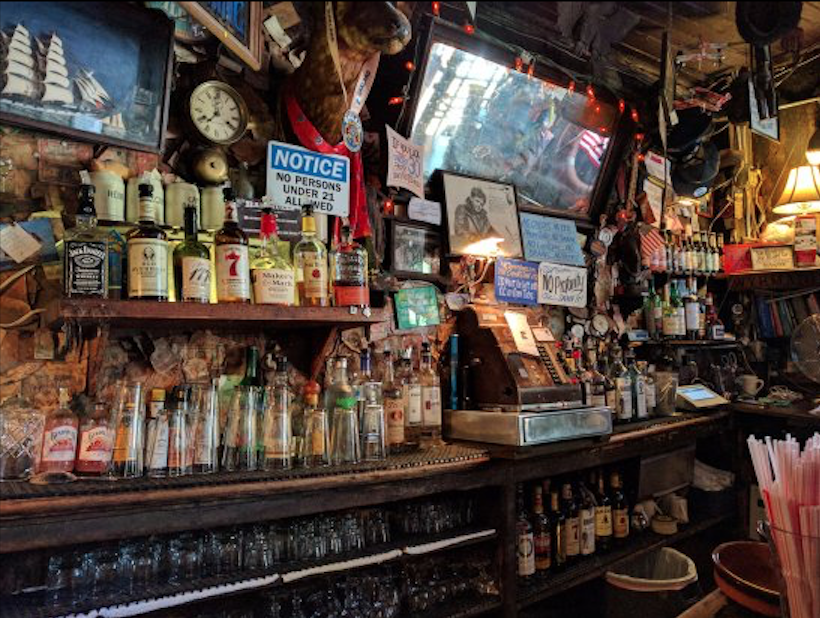 What to see in Oakland: Heinold’s First and Last Chance saloon, the inside

What to see in Oakland: itinerary

Visit Oakland, explore its museums and districts and enjoy them in their daily routine – like a local – is actually extremely easy.

Leaving from the Jack London Square you can easily reach on foot the charming building of the Old Oakland and the lively Chinatown (one among the most authentic and interesting ones I’ve ever seen in the USA). Among other things it is neighbored by public parks and playgrounds for children.

Little far, walking eastwards as far as Oak Street, at the crossroads with the 11th Street, you run into the amazing Oakland Museum of California: here you can have – helped by interactive and multimedia paths – a downright exciting journey back in time in the past of the state of California, from its birth until nowadays. 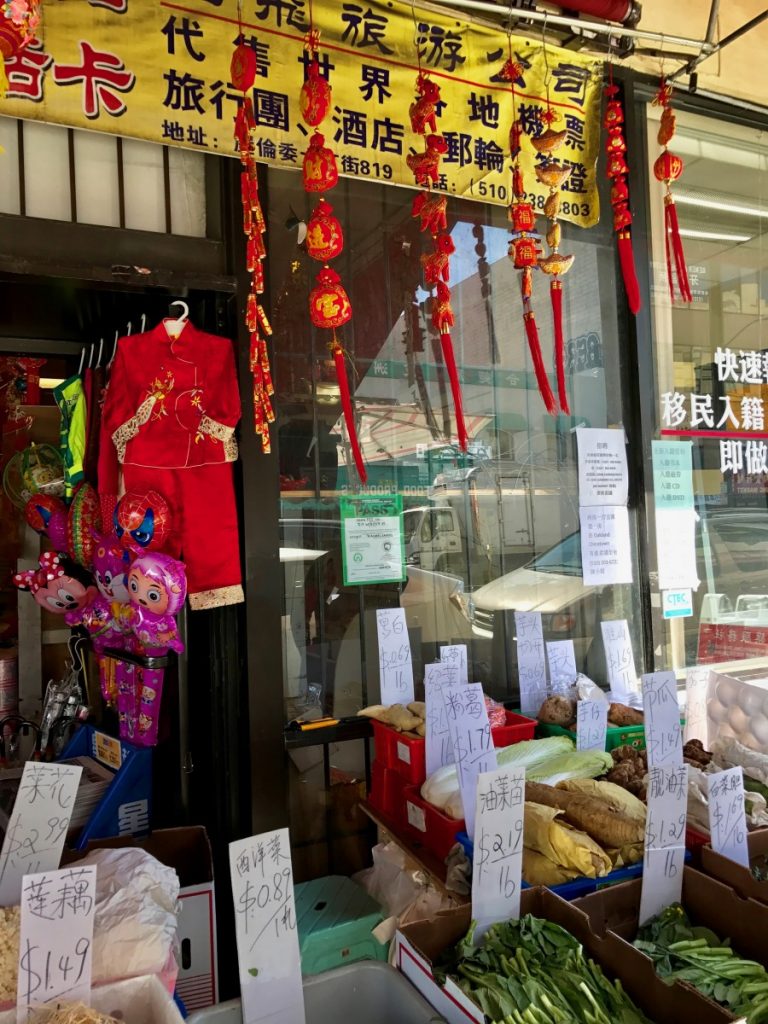 What to see in Oakland: Chinatown 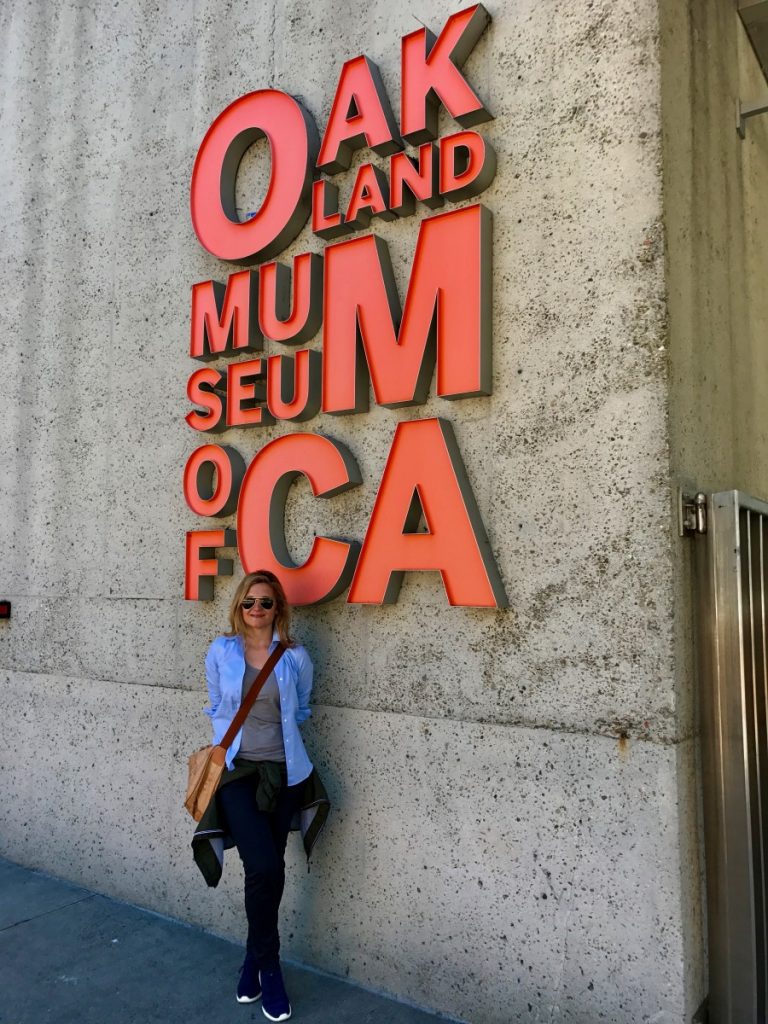 What to see in Oakland: Oakland Museum of California 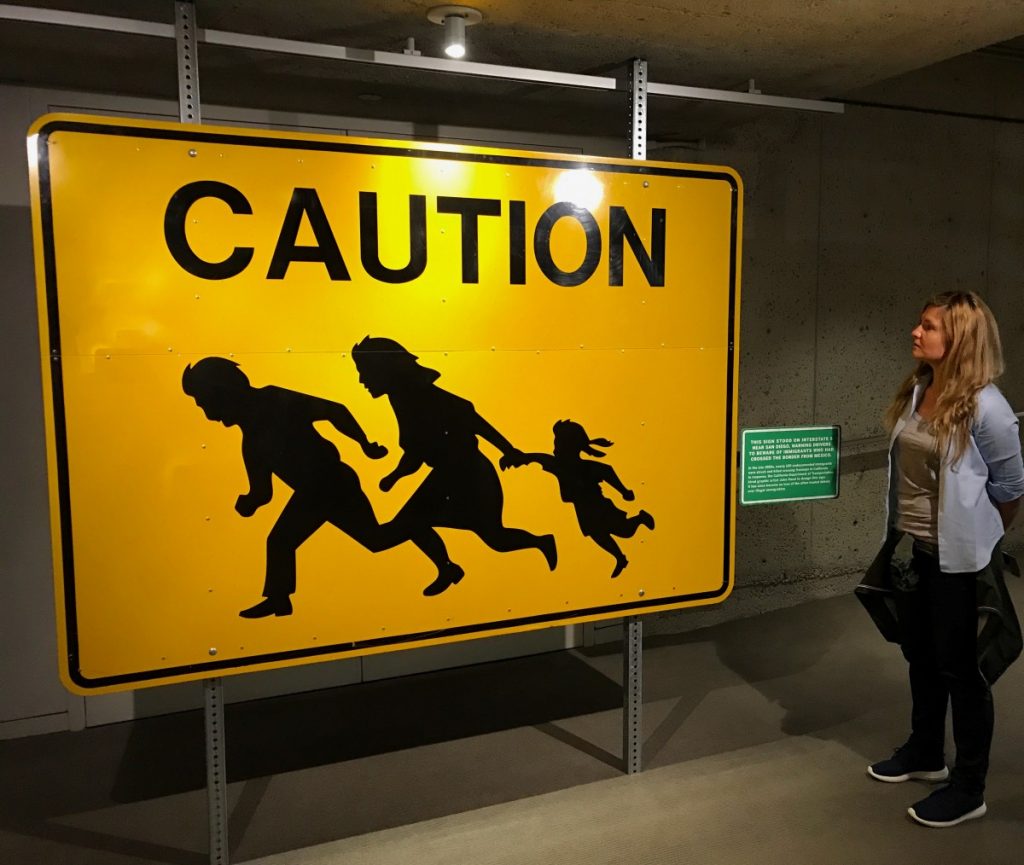 What to see in Oakland: Oakland Museum of California

Keep going on foot along Oak Street northwards you run into a series of very beautiful and odd art deco buildings on the left and on the right, where you take Lakeside Drive, there’s the boundless and suggestive water mirror of the Lake Merritt where the buildings near Adams Point reflect.

Taking advantage of a sunny morning and clear sky to walk along the perimeter of the lake and renting a canoe to explore its most hidden corners it’s certainly a good way to live and enjoy the town like a local. 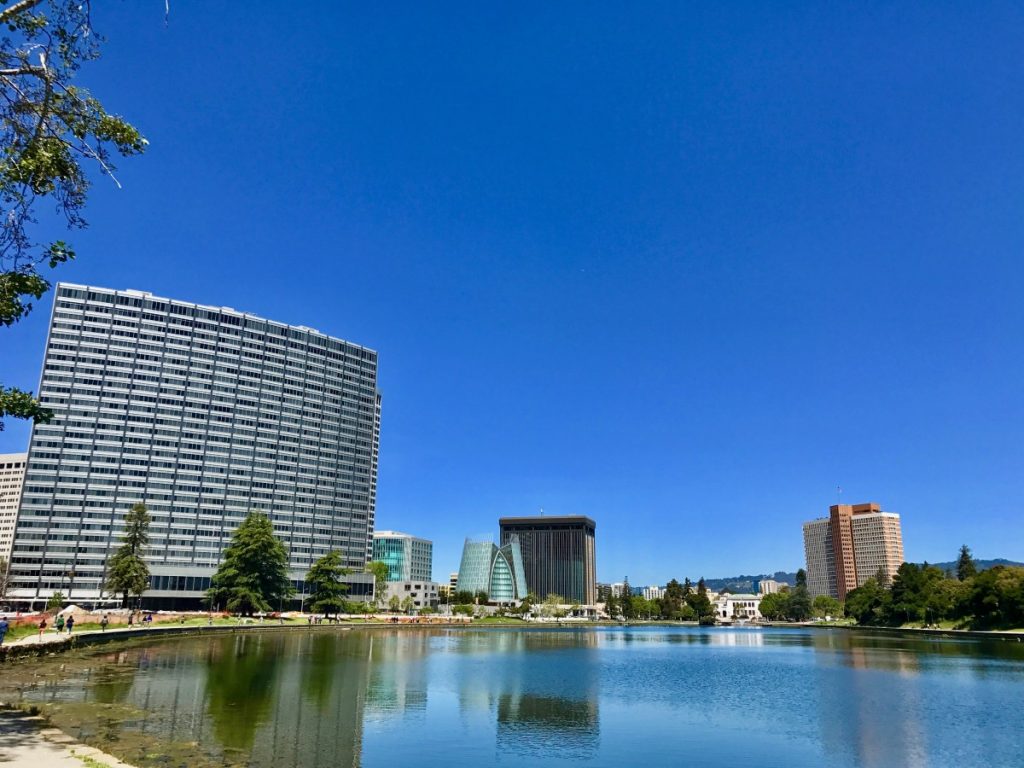 What to see in Oakland: Lake Merritt

The Free Downtown Shuttle, running along the Broadway, the artery dividing the town in two equal parts, allows to reach free the lively City Center in the Downtown – and then in few minutes on foot the near African American Museum – and the historical theaters and the alternative venues in Uptown.

Thanks to the very efficient BART trains in few stops you arrive to San Francisco, to Berkley and to the two International Airports in Frisco and Oakland.

But also to the colourful and multiethnic communities of Temescal – and here the street art lovers will finds a downright open sky museum made up of very colourful murals and graffiti – and Fruitvale, where to test the most different cuisines of the worlds. Try to have a stop at the good trucks between the Internationals Blv and Fruitvale Ave. You’ll realize what I mean. 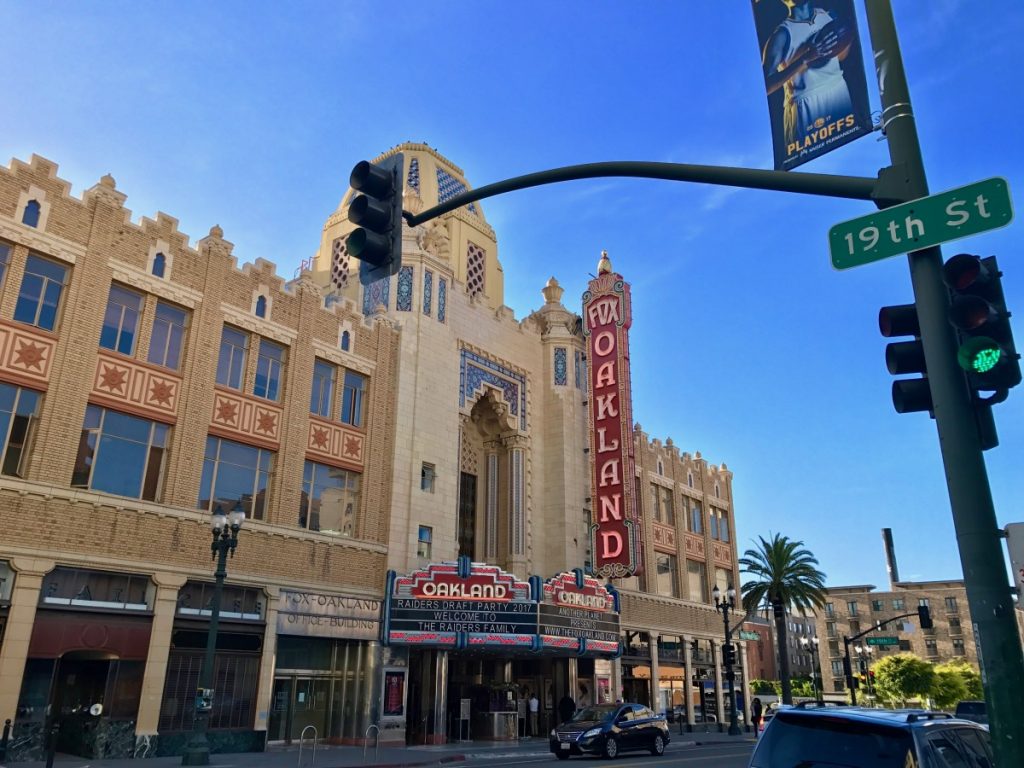 What to see in Oakland: Uptown 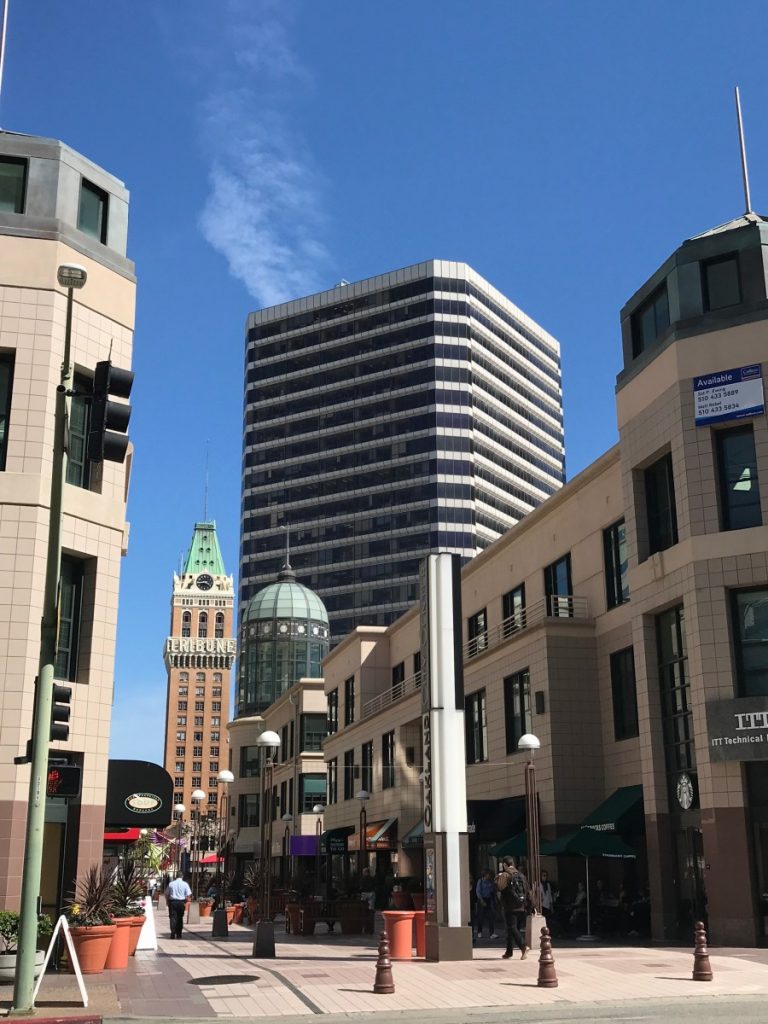 What to see in Oakland: City Center and Tribune Tower 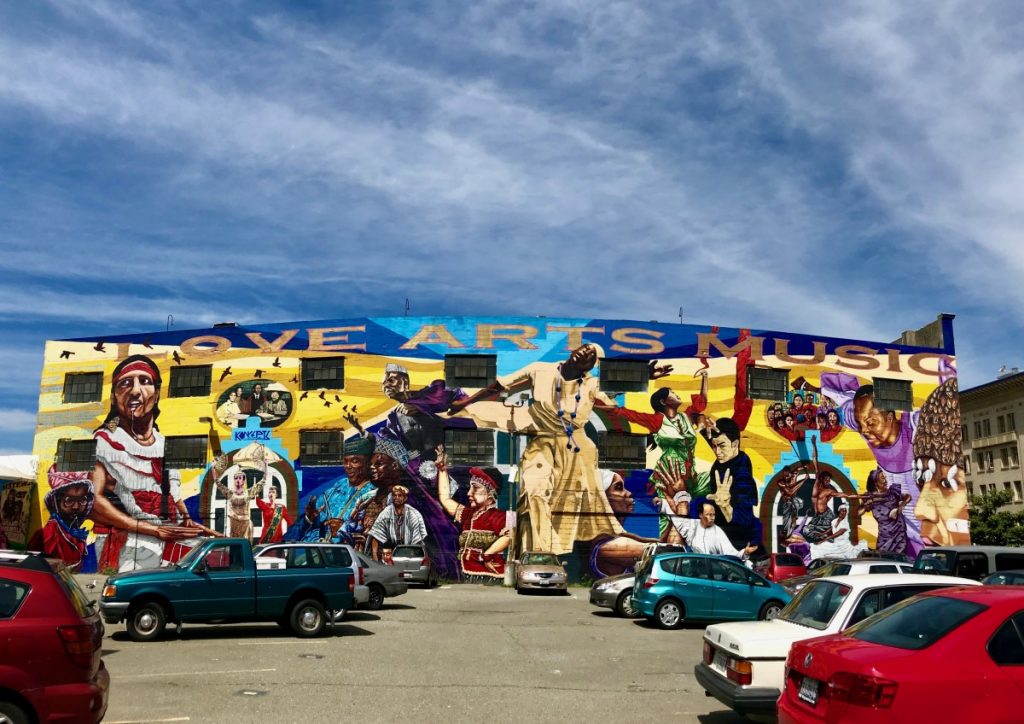 What to see in Oakland: Downtown, murals 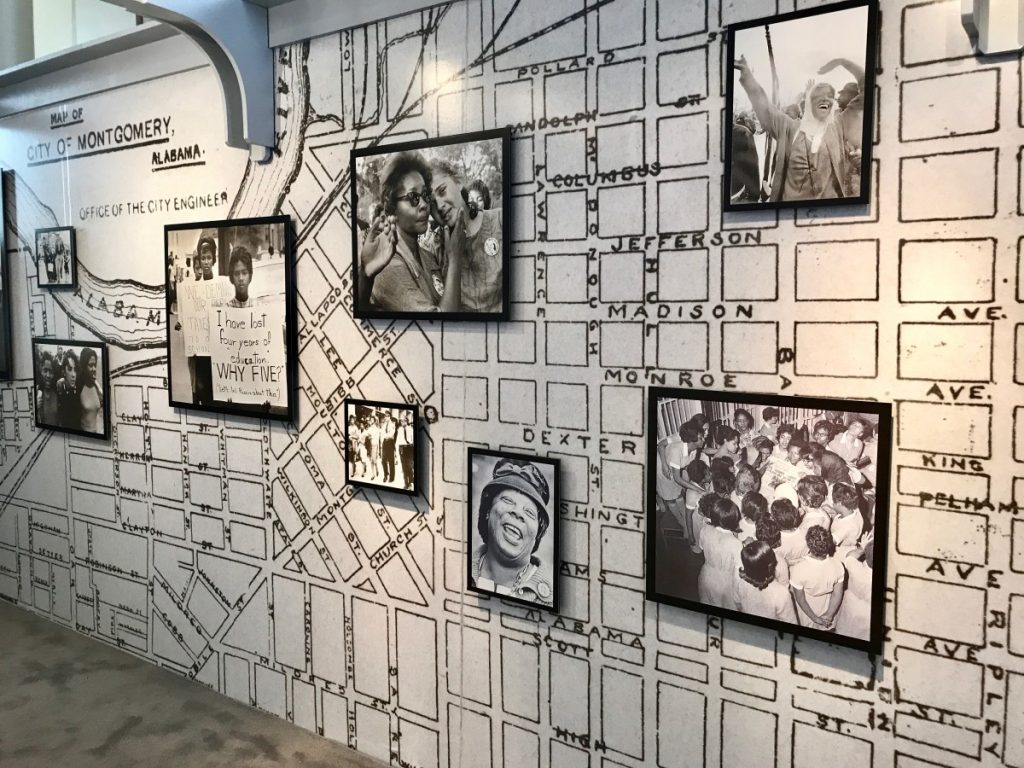 What to see in Oakland: American African Museum 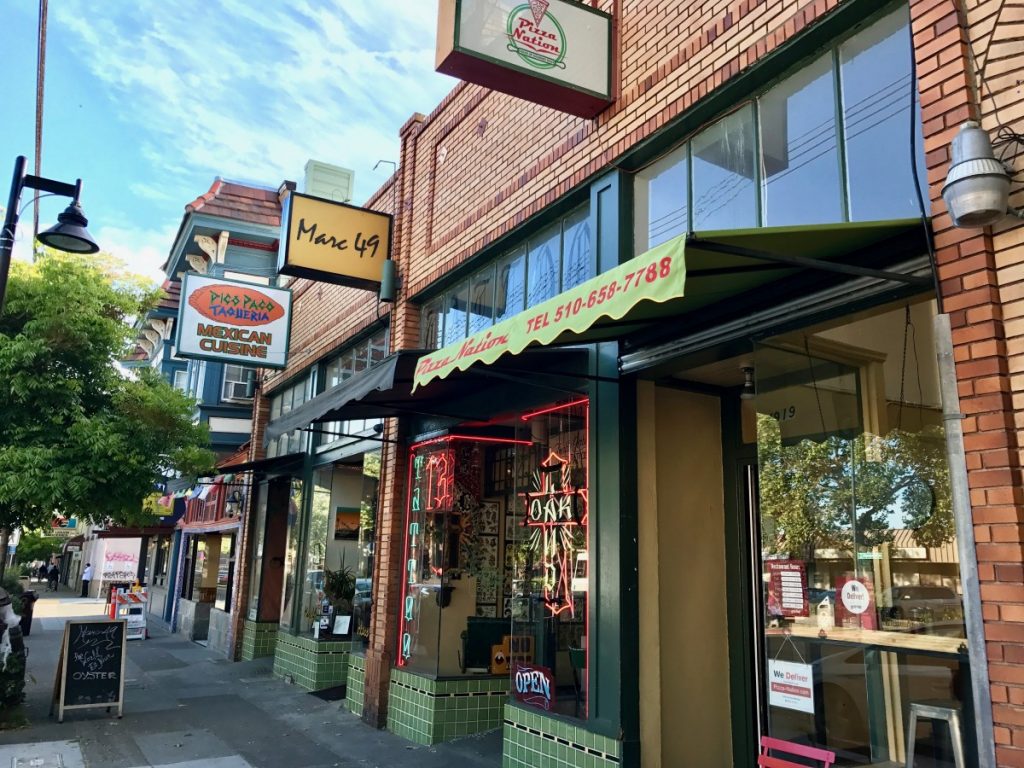 What to see in Oakland: Temescal

What to see in Oakland: Mountain View Cemetery and Oakland hills

If you have got the car my tip is to go as far as Piedmont Ave northwards to take part into a guided tour of the Mountain View Cemetery.

It’s an old cemetery dating back to the Secession War planned by Frederick Law Olmsted, the architect who created Central Park in New York where several famous graves are kept and from where you enjoy a suggestive view of a good part of the East Bay and of San Francisco. 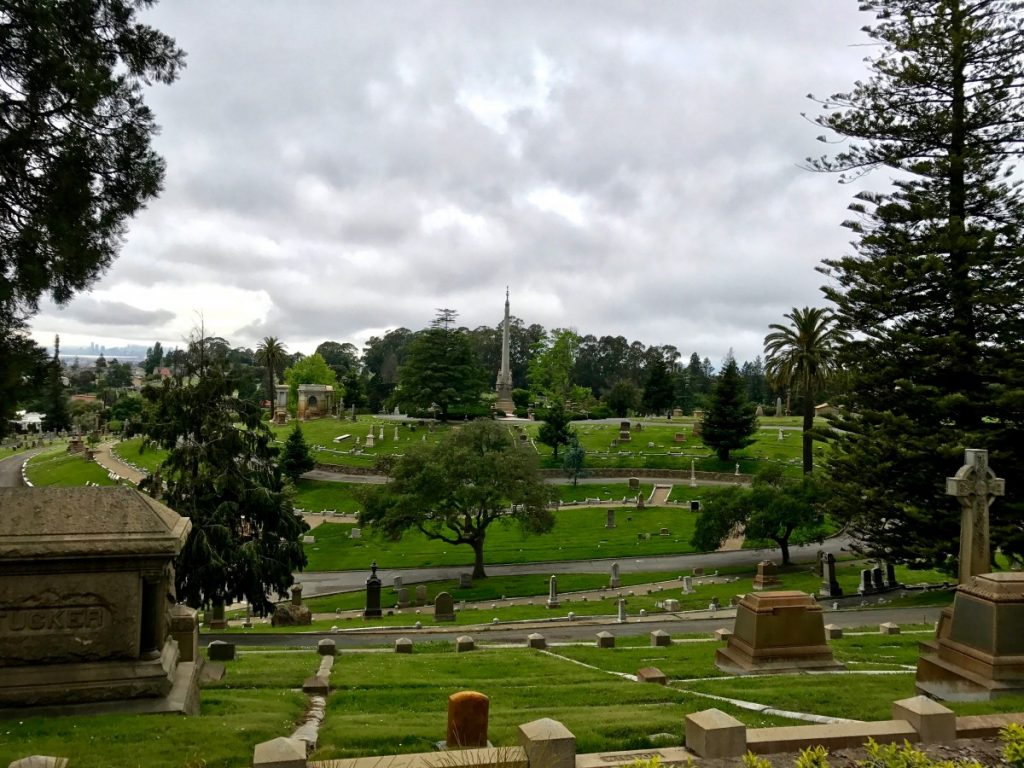 What to see in Oakland: Mountain View Cemetery

Always by car in a very few minutes you reach the beautiful and unexpected Oakland Hills of the Redwood Regional Park, where you can trekking with different difficultly and visit the Chabot Space & Science Center.

It’s a space observatory with exhibitions and planetary, opened at the weekends in the evening, too, for the so-called night “exploration” of sky and stars. 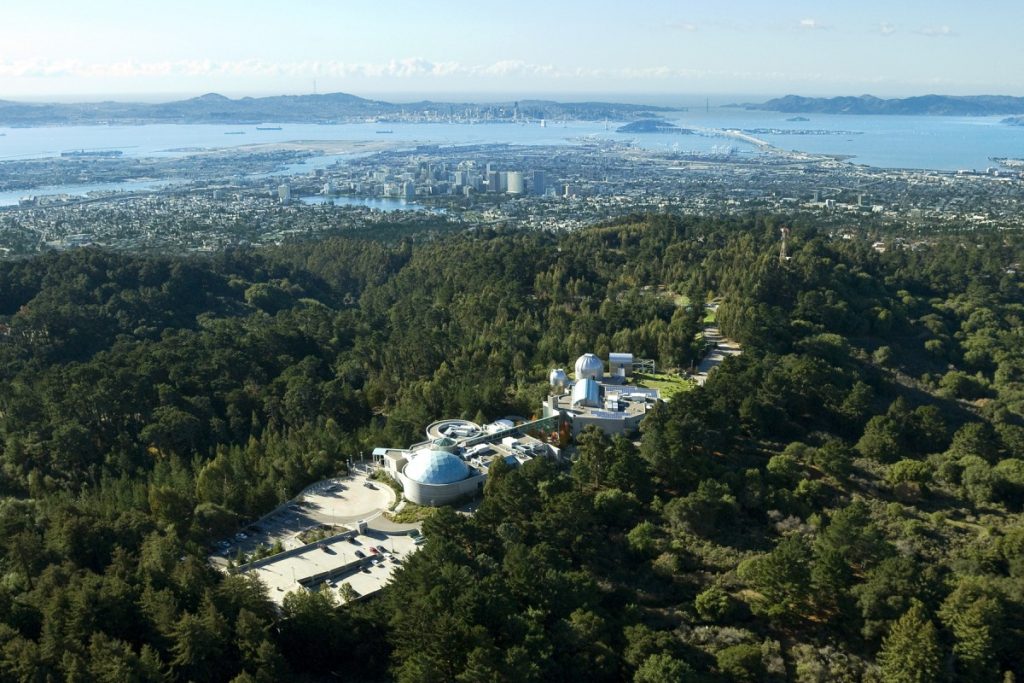 What to see in Oakland: the Chabot Space & Science Center and the view of the bay area (Ph. credits chabotspace.org)

What to see in Oakland: tips and practical info for the tour

Oakland is a sunny town, cheerful, safe and welcoming.

The will of make “know” beyond its more famous big sister Frisco is palpable and really understandable, above all after have enjoyed and appreciated it deeply – maybe thanks to some local experiences quoted above .for a couple of days.

It can be considered also as a base for the tour of the other beautiful realities of the Bay Area, maybe arriving as far as the wonderful Sonoma County, at just one hour far by car. 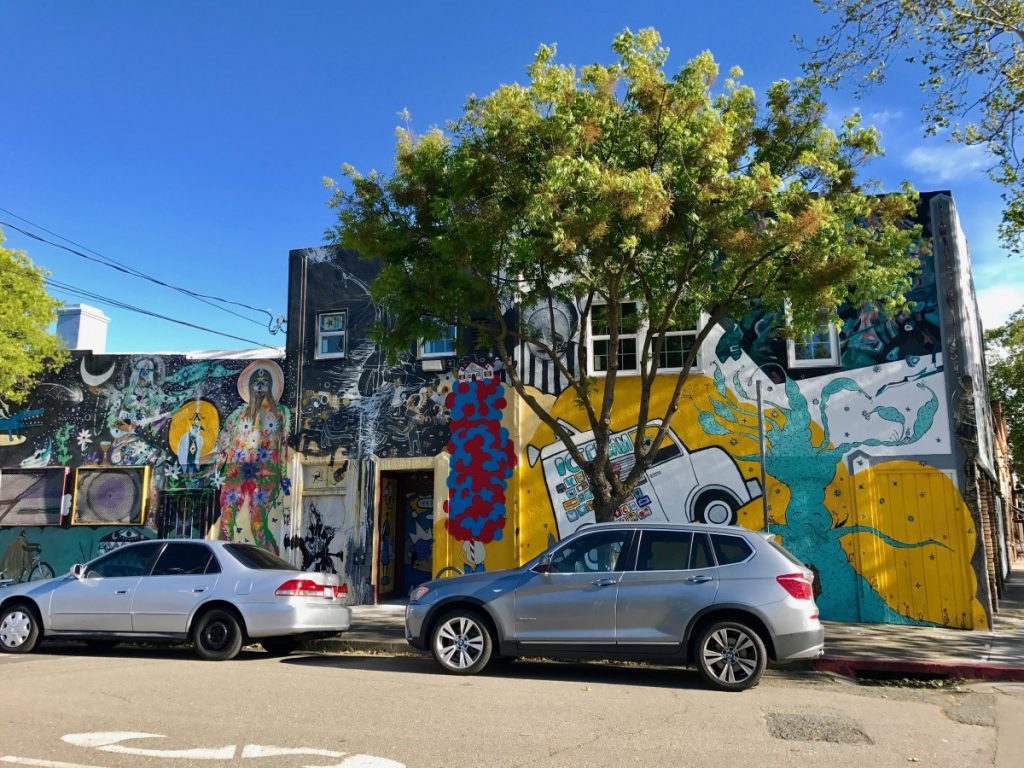 What to see in Oakland: murals

The BART trains and the Ferry Boat take practically everywhere and the Visit Oakland Visitor Center, always kind to deploy maps and updated info about all the events and the news scheduled in the town: it is near the very central Jack London Square.

A tip for sleep

The Waterfront Hotel Oakland is located between the Jack London Square and the Oakland Estuary.

It’s a boutique hotel with several comforts included in the base prices, Wi-Fi, tea and coffee in the rooms and the common areas, it’s the ideal for a long stay in the East Bay. 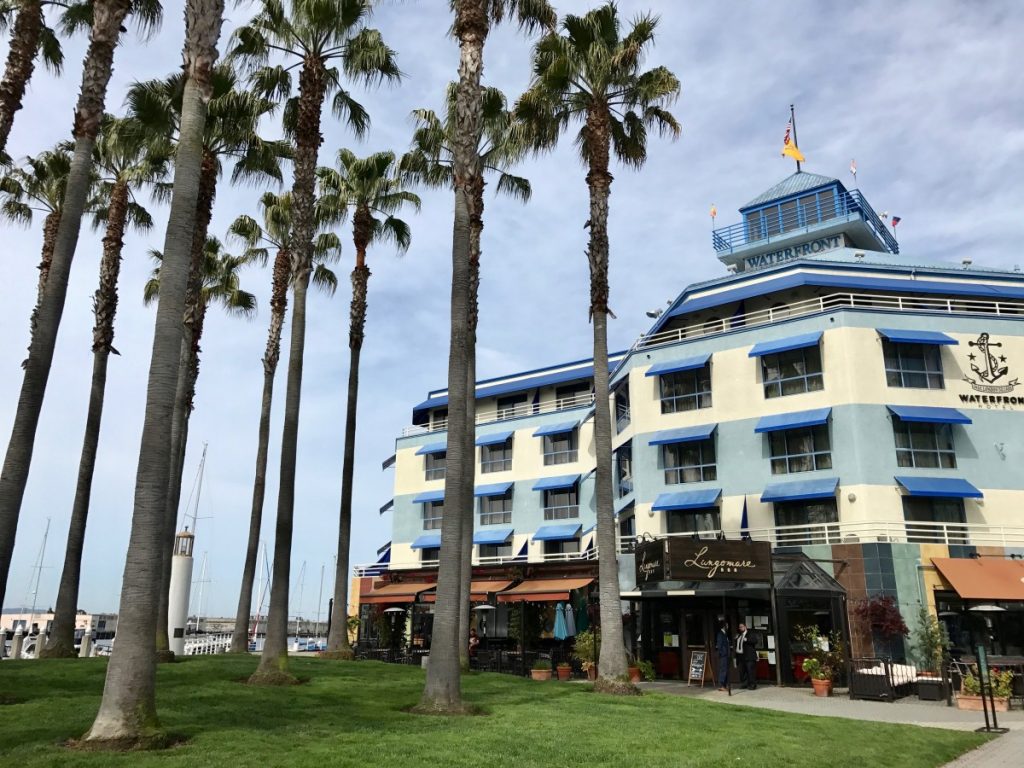 What to see in Oakland: Waterfront Hotel

And some tips for eat

Notice these addresses: added to the experiences of the Fruitvale and Temescal street food they will make your experience in Oakland even more complete and “savory”.

Lungomare – a mix of Californian savors, wine tasting and Italian cuisine (the chef Craig Difonzo is Italian), the products used are all local, of very good quality. It’s ideal for a romantic dinner, it’s possible to take away and have breakfast. Average prices. 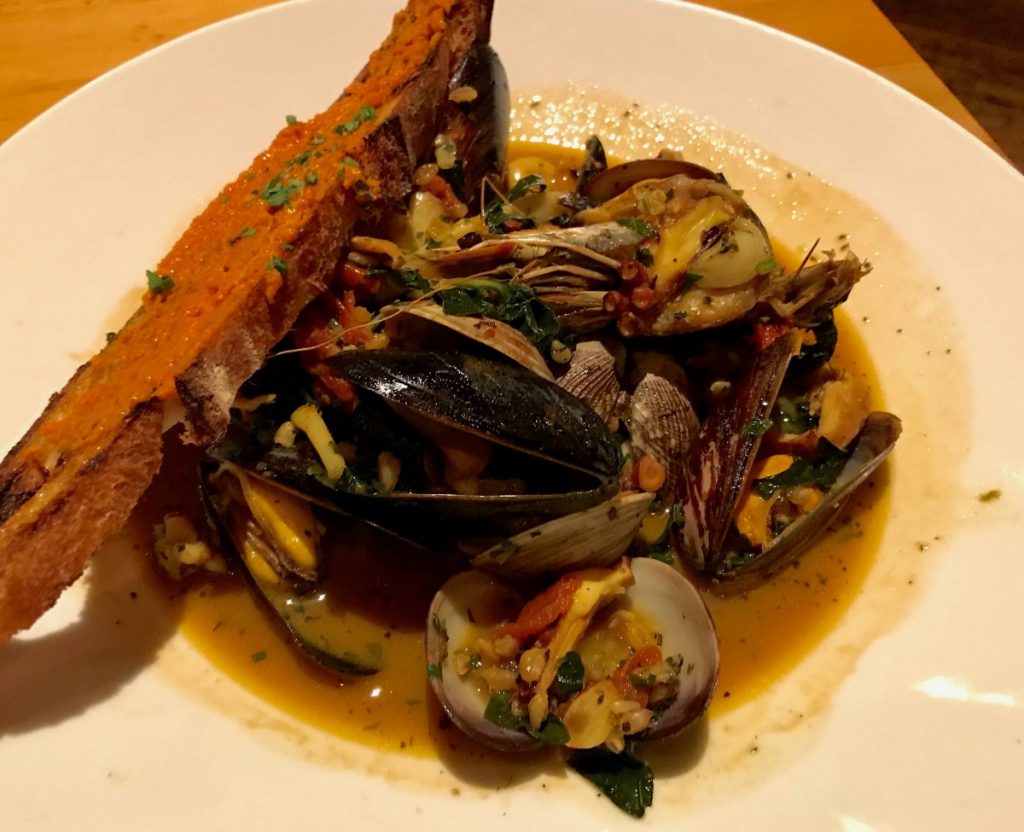 What to see in Oakland: dinner at the Lungomare 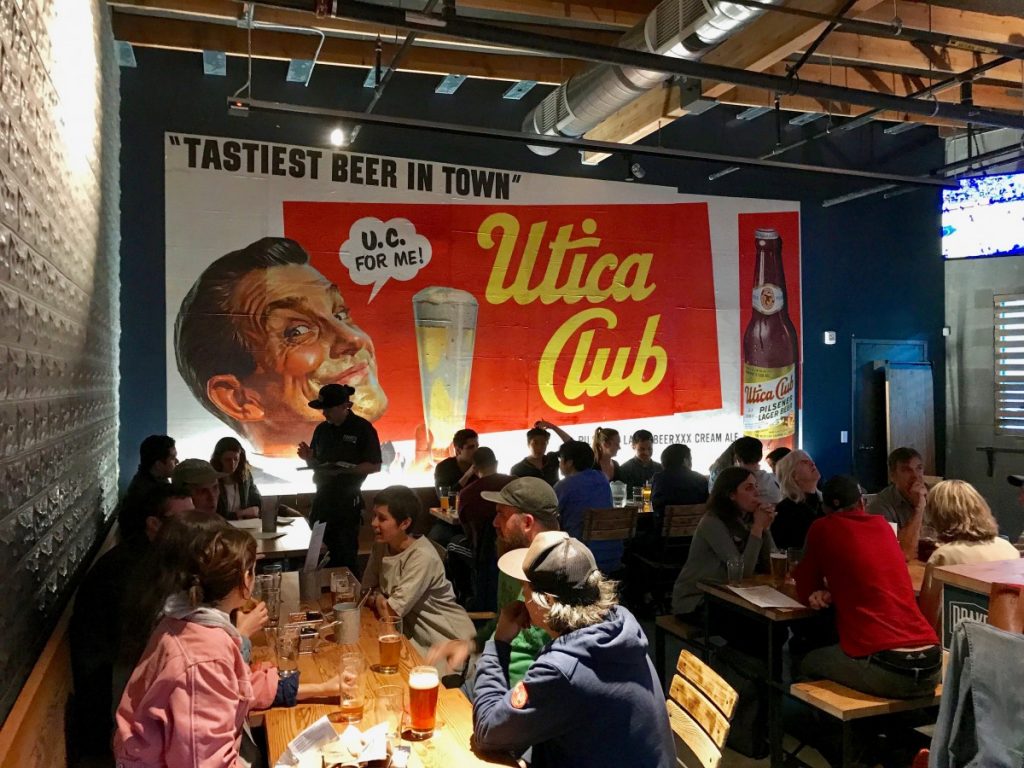 What to see in Oakland: Drake’s Dealership 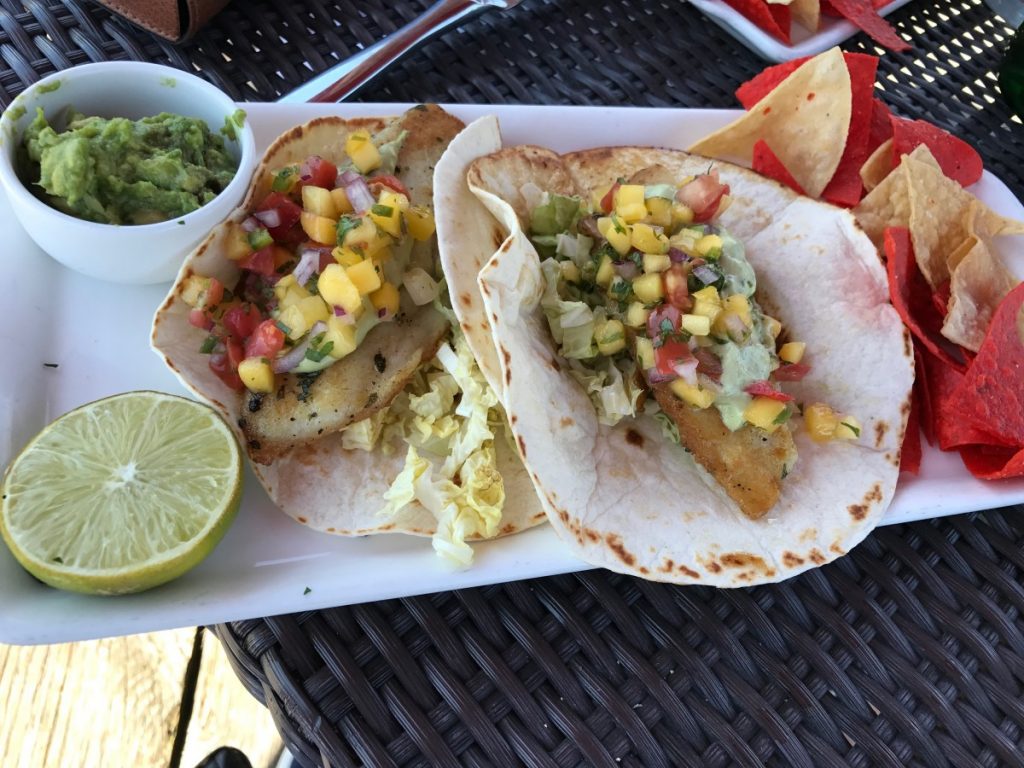 What to see in Oakland: lunch at Lake Chalet’s

Drake’s Dealership – one of the best craft breweries in Uptown. Titbits, pizza, salads, hot-dogs, sandwiches, cheese and local products tastings, very good live music and beer…really a lot of beer in multiple varieties. Always crowded so it’s better to book (above all if at the weekends). Average-low prices.