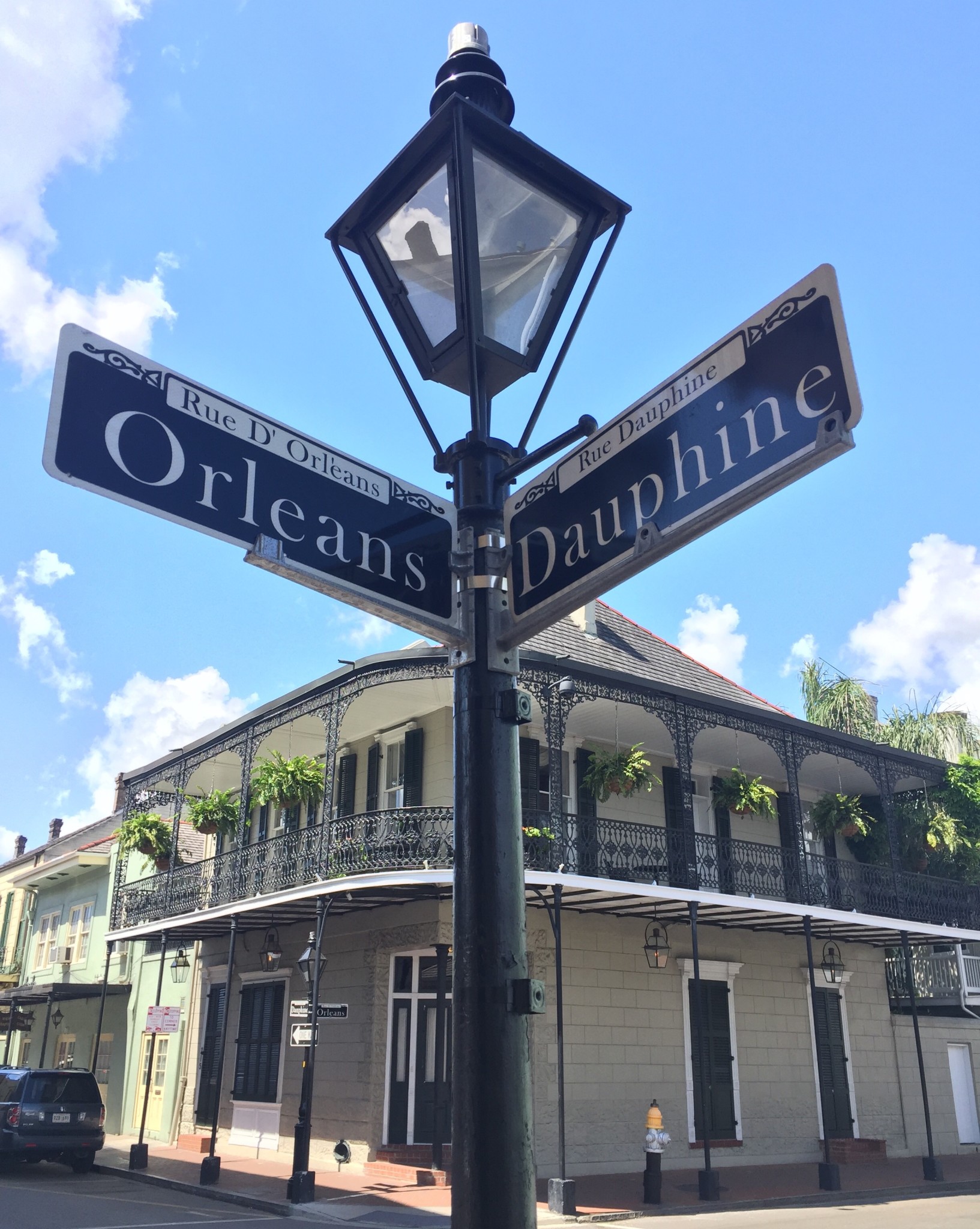 She has been there for centuries, or maybe since ever, nestled between the sea and one of the last meander of old Mississippi, ready to offer fascinating stories, experiences and encounters everytime.

New Orleans is a mesmerizing, enchanting and definitely unique city, a mixture of history, music, culture, traditions, spicy perfumes and that unmissable pinch of crazyness that is necessary to blend it altogether.

Visiting New Orleans means starting a journey back in time full of mistery and charm, along with the sound of an improvised jazz session and the warm winds of the south. I don’t exagerate when I say that it is a city which is worth itself a journey to the United States, even though there is far little of American in it.
New Orleans, infact, tastes of the world, a community that has made multiculturality one of its main features; here you can meet, live and try everything (with precaution, of course).

How to get there and where to stay

Getting to New Orleans isn’t that difficult.

My advice for those of you who prefer an on the road journey is to fit it in as a stop (two days at least) during a tour of the Suthern states or the Great River Road, the famous road of music, which goes almost all the way along the Mississippi.

It is also possible to get there directly by air, stopping in Houston, Texas. Connections between the two cities are frequent and quick (50 minutes average) and really convenient.
Union Station is the main arrival point for the Amtrak trains, in particular the City of New Orleans, leaving from Chicago, and the Sunset Limited, which leaves from Los Angeles. Greyhound buses also arrive at Union Station.

As regards accommodation, New Orleans offers a wide range of hotels, for all needs and expenses. 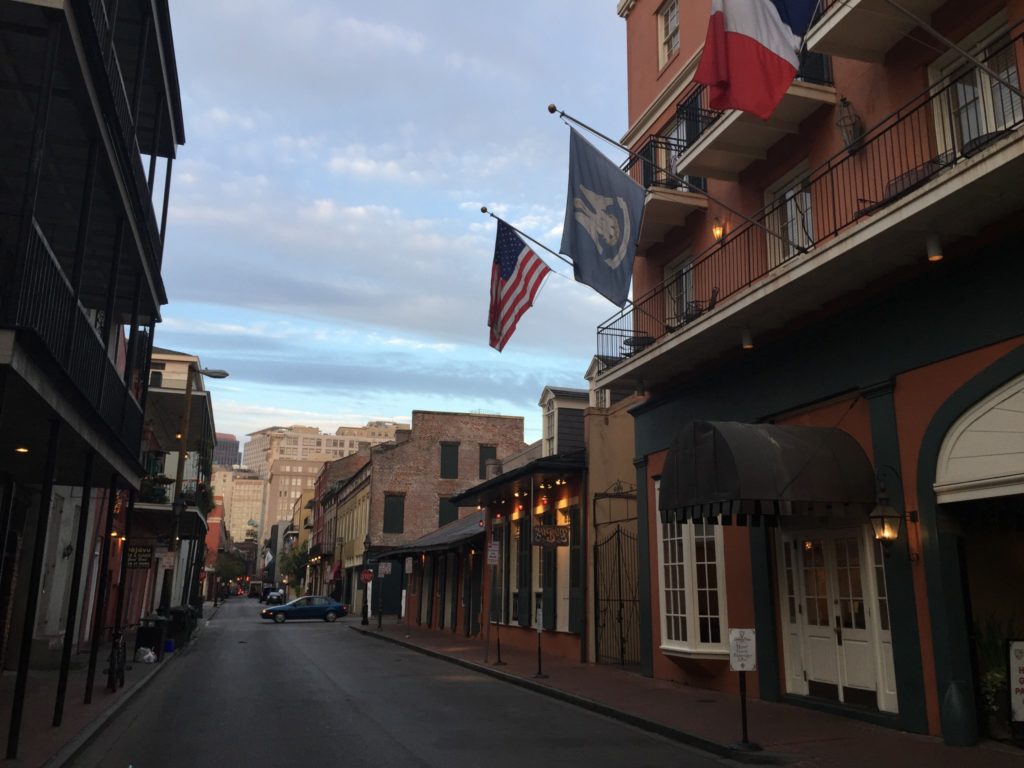 Sleeping in the French Quarter has its appeal, but you need to consider that it’s the most valued and famous area, so prices will be higher. However, on Internet you may be able to find good tarifs, especially in less crowded periods.

There are many different kinds of solutions, just as confortable, a few steps from the French Quarter, especially in the Riverside area and in the Garden District, in walking distance or with the heritage St.Charles Streetcar.

What to see in New Orleans

It isn’t easy to see everything the city has to offer in just a few days. My advice is to dedicate two full days at least and to benefit of the morning to visit the most popular sites which usually, because of the nightlife, are crowded from after lunchtime.

French Quarter
In other words, the business card of the city. There is no photograph, postcard or video linked to New Orleans that doesn’t recall, even partially, this little fascinating criss cross of streets and squares, surrounded like an open air theatre of old buildings and beautiful wrought iron balconies. 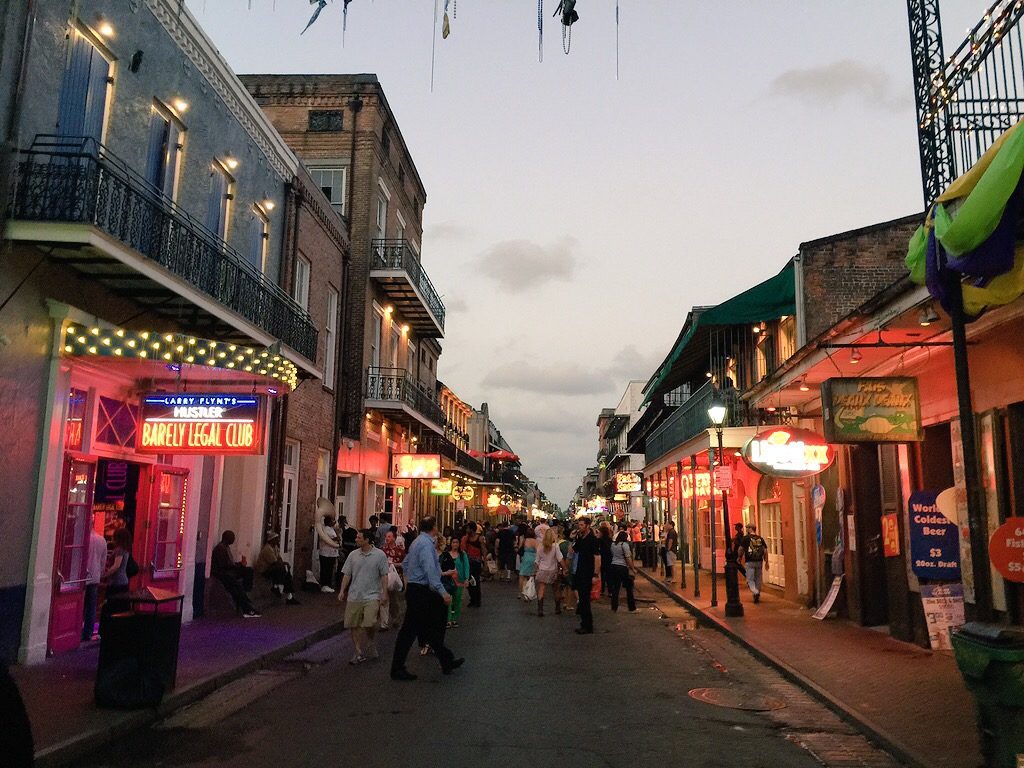 You mustn’t miss out the view over the bank of the Mississippi and a walk through the two main streets: the bustling Bourbon Street (also famous for its extreme nights) and the elegant Royal Street.

Among all this acrobats, jazz sessions improvised along the streets, historical places such as Preservation Hall, creepy museums like the New Orleans Voodoo Museum, craftshops, restaurants and old markets where to stop and taste the essence of a faraway world, like the old Café du Monde inside the French Market. 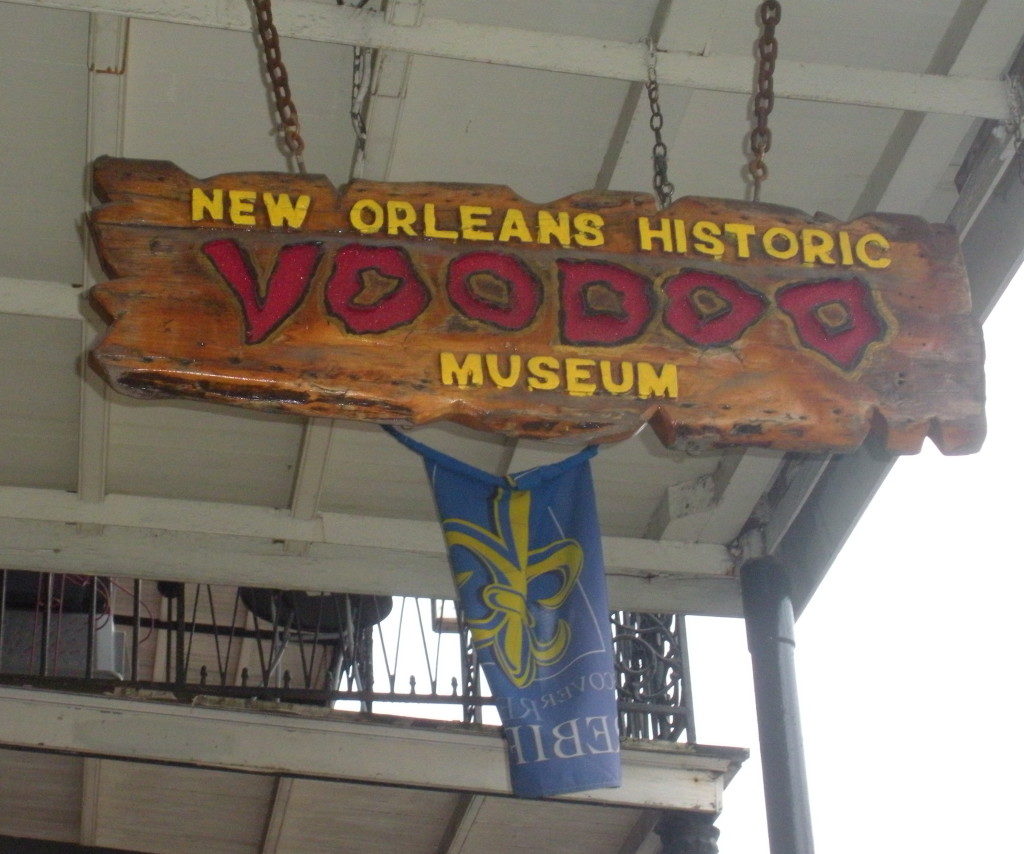 And how to forget the permanent exhibitions inside the old houses, which tell the story of the complex historical evolution of the region, like The Cabildo in Jackson Square. 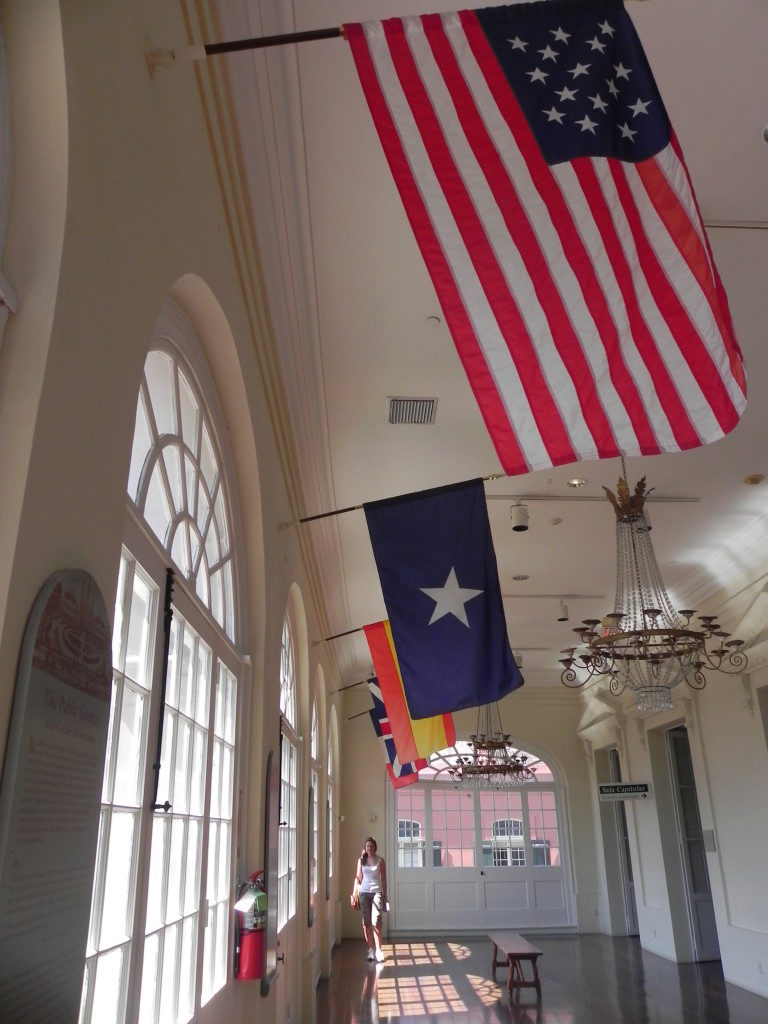 A huge green area which was colonized in 1803 from the first Americans who arrived in town after the annexation of Louisiana to the USA (the Lousiana Purchase), called Garden District because of its several green areas, gardens and parks where you can see old buildings typical of suthern architecture.

You can walk around the district or use the old St. Charles Streetcar, leaving from Canal Street and in 10km it reaches Carlton Ave and stops at the city’s main attractions: Audubon Park, Lafayette Cemetery N.1 (the oldest in town, now home of many theme sitcoms), Latter Public Library, the Civil War Museum and one next to it, the WWII Museum. 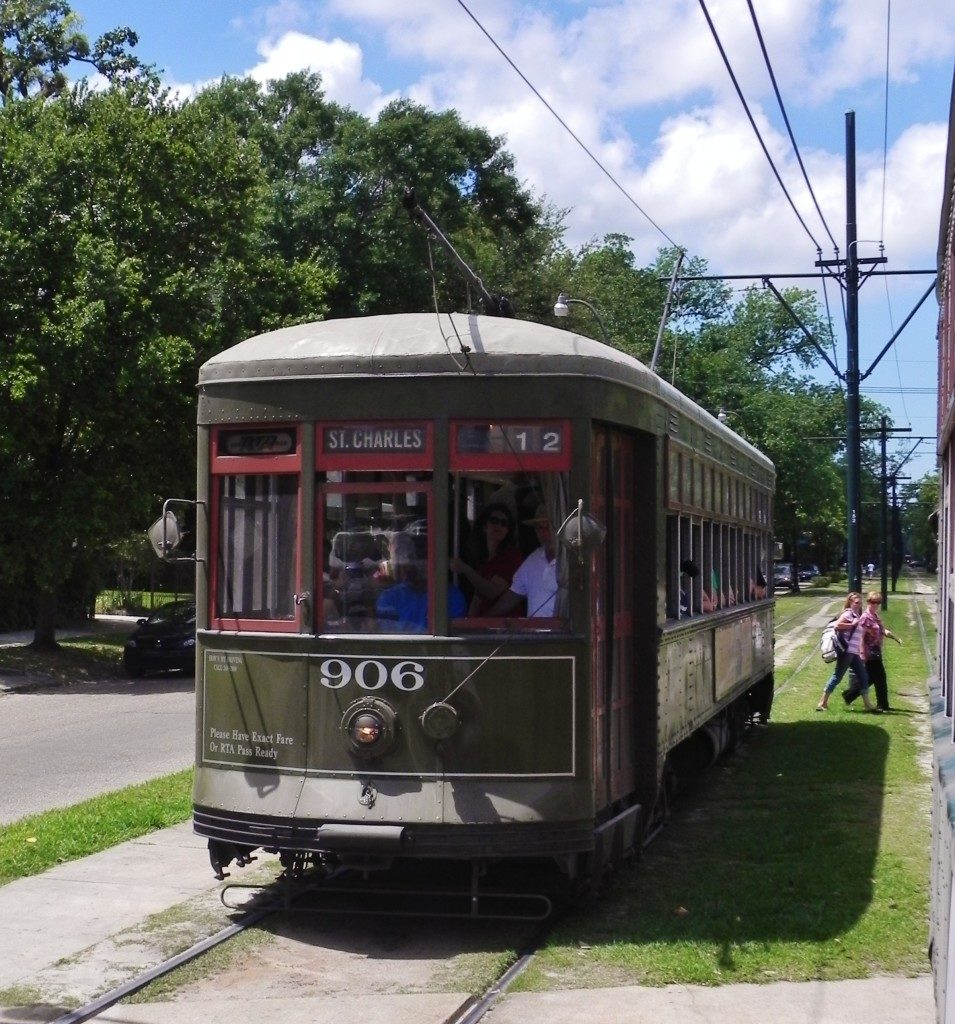 The connection between life and death has always linked together the different cultures who developed along this stretch of the Mississippi finds its highest expression in voodoo rites, still practiced in the bayous, the marshy areas near the city and in the historical cemeteries.

One of the most visited is St. Louis Cemetery N.1, the most famous and the nearest to the French Quarter, only a few hundred meters away. Here rests the famous queen of voodoo, Marie Leveau. Her grave, simply made of bricks and white plaster, is a place of worship often over-the-top and out of control. This is why from March 2015 new regulations say that it isn’t possible to visit the cemetery if not with a guided visit with the city’s tourist board. 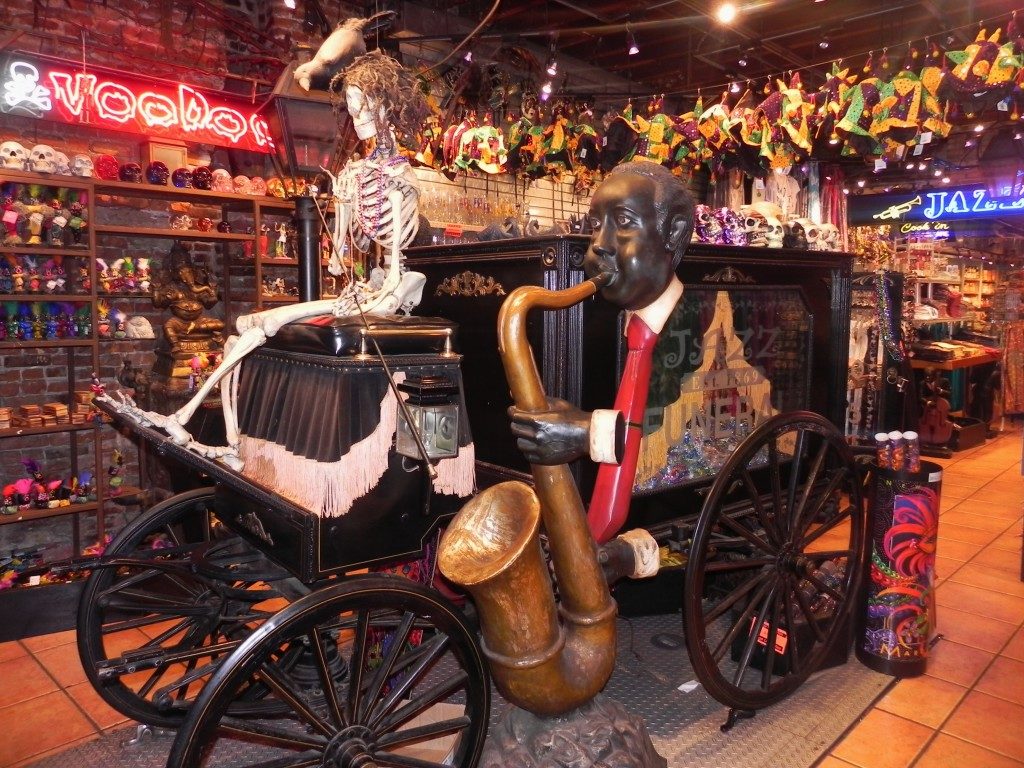 In addition to the Lafayette Cemetery N.1 in the Garden District, there is also the peculiar Saint Roch’s Cemetery and Chapel, in the Faubourg Marigny district, definetely not on guided tours. Inside this sacred site, voodoo rites are still practiced: if you have the chance, peek inside the left of the chapel, a really suggestive place.

These are two old areas just above the French Quarter.

This visit will let you get to know the deeds of the black slaves, their music, and the costume parades of the Second Line (don’t miss the Backstreet Cultural Museum) and important places such as the City Park and the Congo Square, inside Louis Armstrong Park, the square where slaves could get together and sing songs of pain and hope for a better life, a new form of sad and malinchonic music which has become one of the most appreciated musical genres, jazz. 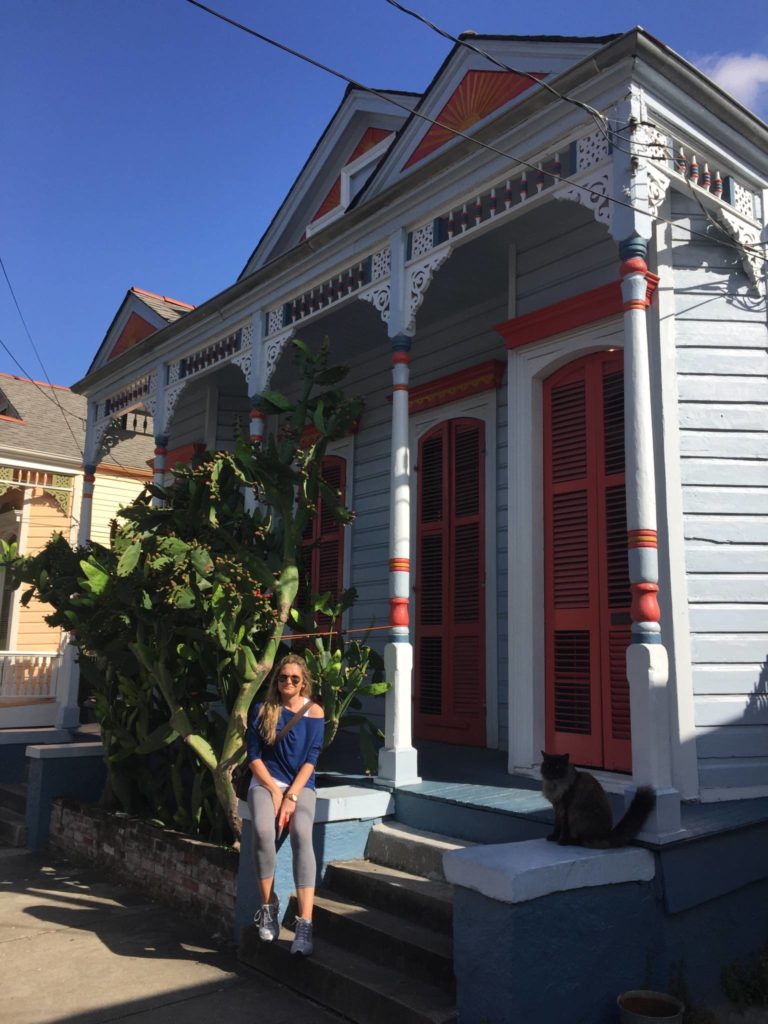 The old factory of the Kern family, who prepares floats and scenographies for the famous Mardi Gras, one of the most celebrated events of the year.
You can visit the whole building, laboratories are always operative, and there is a permament exhibition of floats and characters. 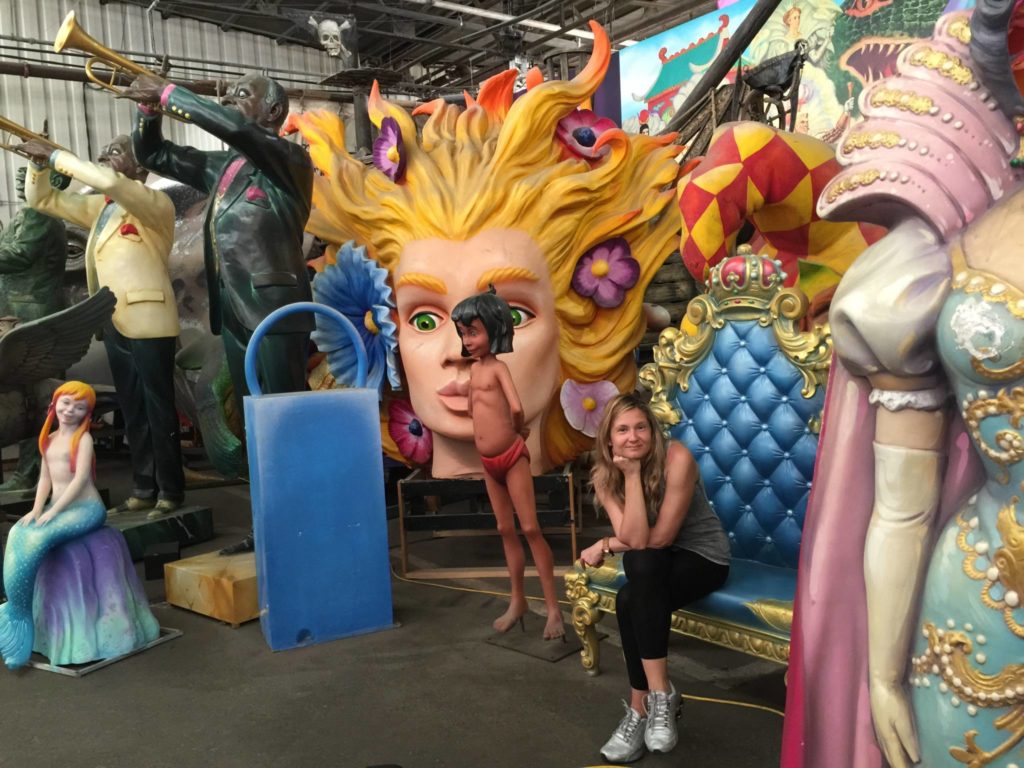 In the Mardi Gras World

Sailing on the Steamboat Natchez

You can’t say you have been to New Orleans if you haven’t been, even for a short distance, on one of the steamboats that cross the Mississippi.
The Steamboat Natchez is the last original still sailing. It leaves everyday from the French Quarter pier on afternoon and evening cruises, and for those of you who want to, there is also the possibile to enjoy dinner and music on it. A breathtaking view over the city is guaranteed. 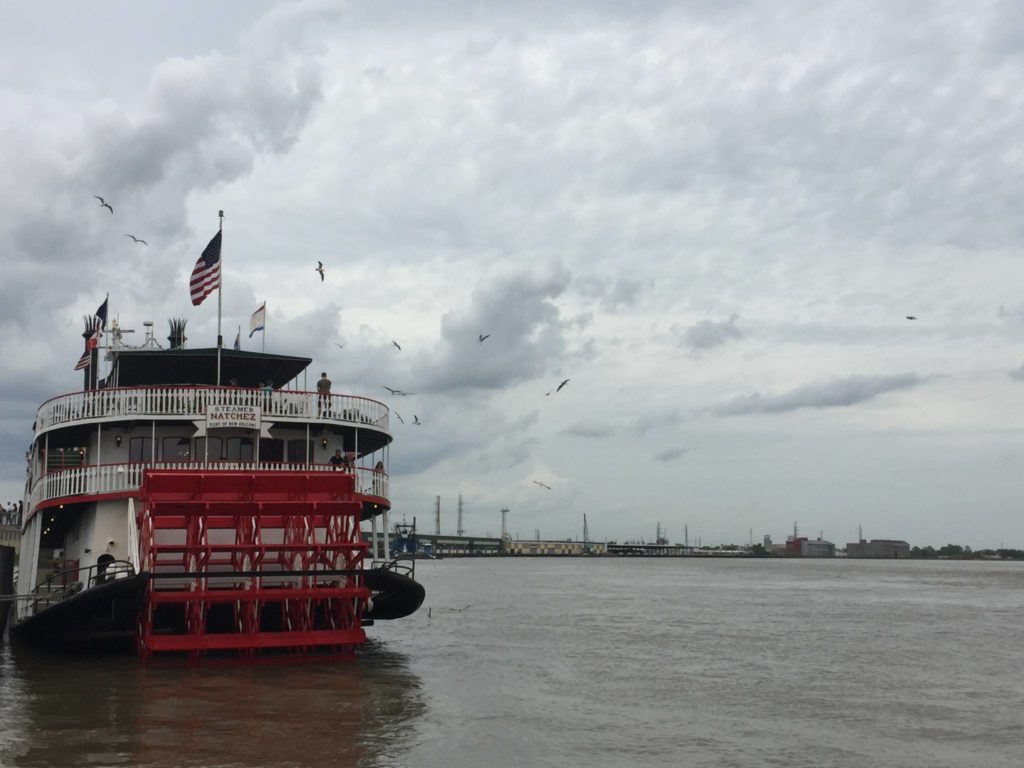 New Orleans, on Mississippi river with the Steamboat Natchez

Last but not least, you mustn’t forget a visit outside town, a boat tour inside the bayous of the Jean lafitte National Park and the old Antebellum orchards along the Mississippi, among which the stunning Oak Alley Plantation.