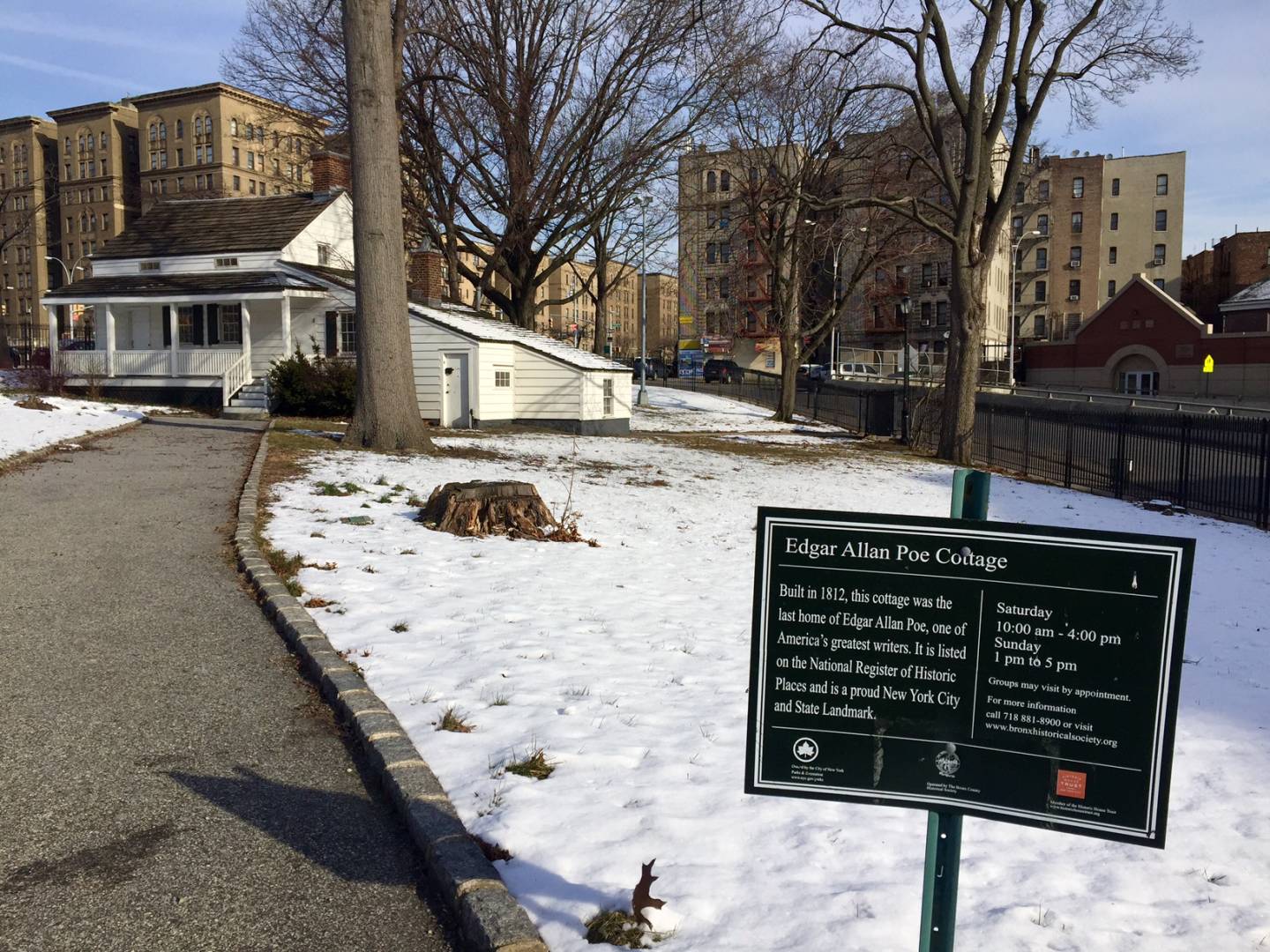 What to see in Bronx? Is it worth it really to spend there a half day? – and above all – Is it safe to go there alone, maybe by the subway?

Questions always more frequent that whether on one side comfort me as regards the raising interest in the borough outside Manhattan, on the other one it still surprises me and pushes me to offer always more info about it to allow everyone discovering, in the most complete peace, another authentic piece of that wonderful and variegate universe like New York is. 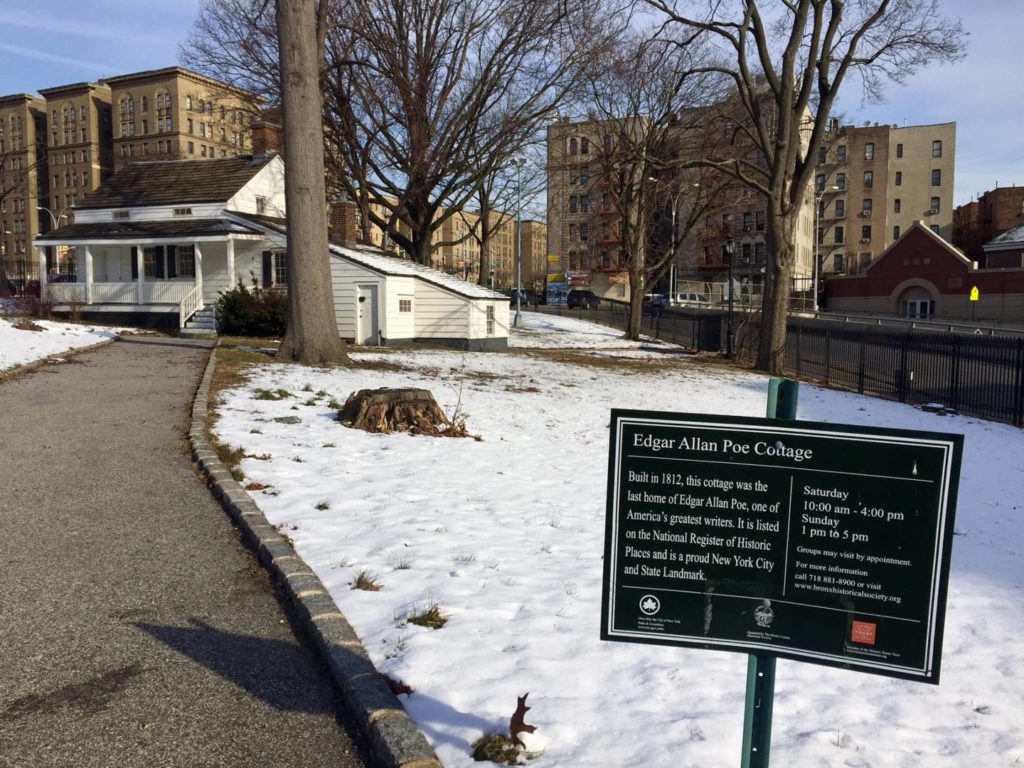 It isn’t that dangerous and inaccessible district described in the thriller movies of the 1980s anymore. But certainly it isn’t a place where to stop also at night, yet. Even if it is a really frequent thing, by now, and warmly recommended considering the lively nightlife in areas like Astoria, Harlem South, Williamsburg and Brooklyn.

But you can explore it by day, following paths and itineraries that allow you to discover the most important places. And the less famous, too, why not?! 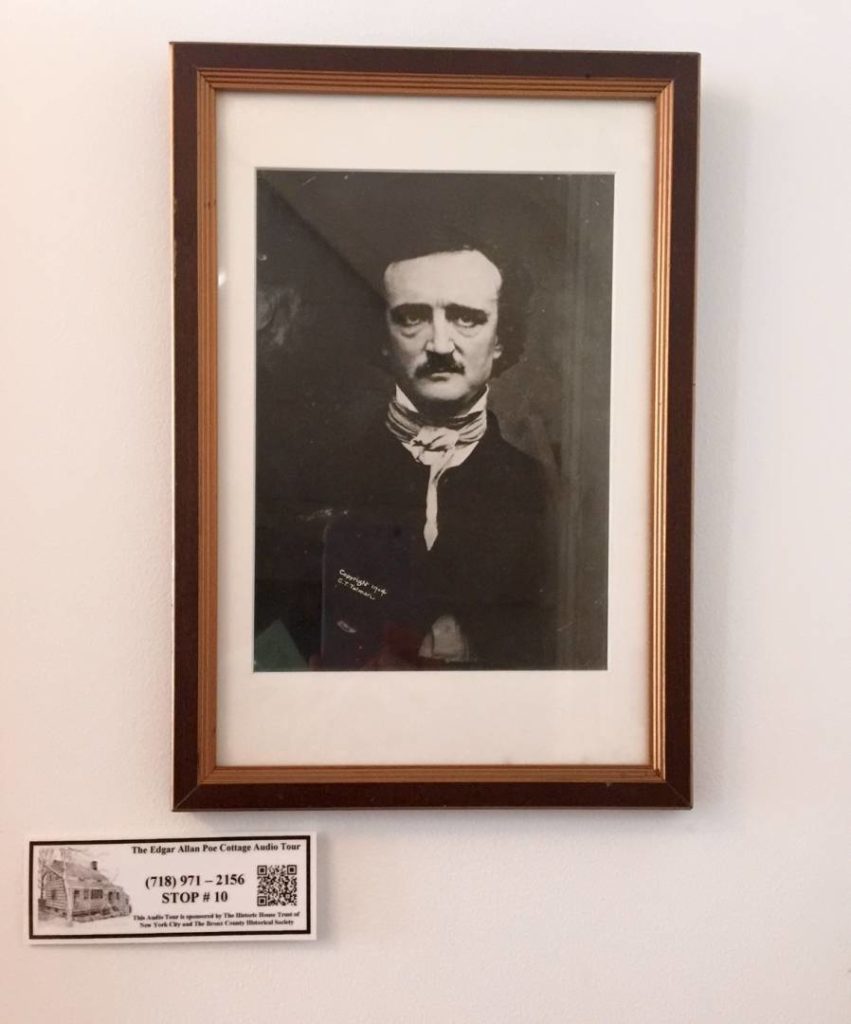 Edgar Allan Poe, his portrait inside the Cottage

What to see in Bronx: Edgar Allan Poe Cottage

Have you ever thought about how Bronx – and generally New York – was 200 years ago?

Would you have ever said that in the ultramodern NY one of the most ancient building of the city has survived the time and the severe weather conditions? And even – in a successive period – inhabited by a famous American writer, known as the “father” of the horror literature and the American Gothic Tale? 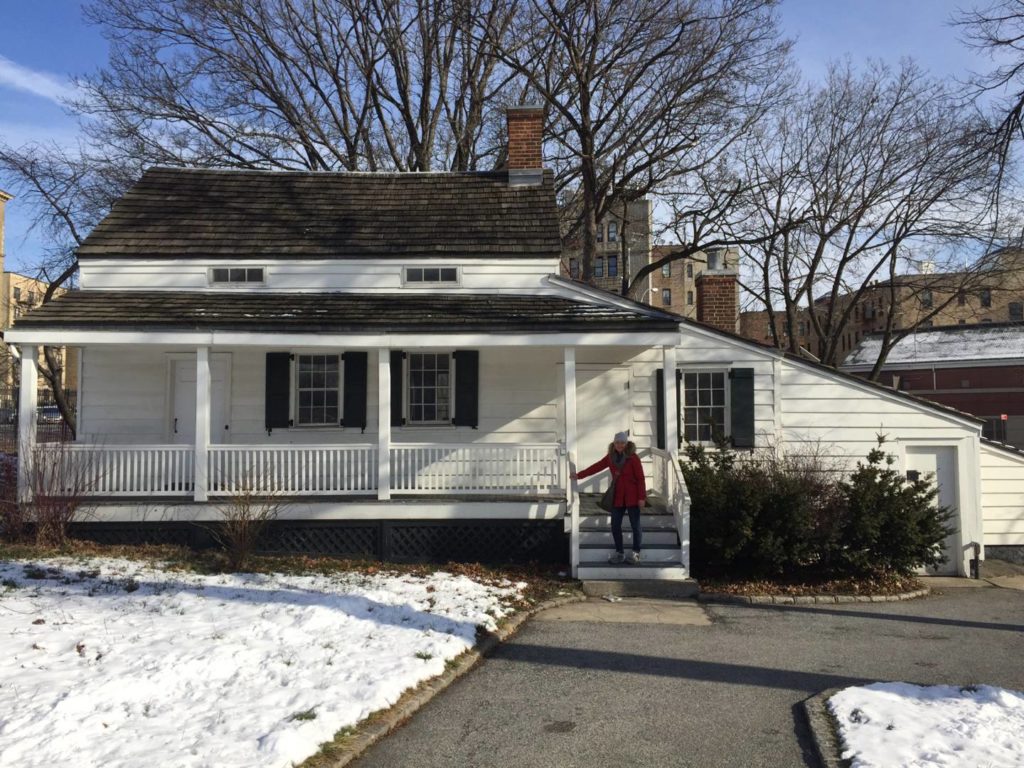 It will be enough to take the subway (exactly the D/B orange line – but pay attention to the weekend since the B line skips several stops) to find it out alone and enjoy an experience definitely unusual.

Get off at Kingsbridge Rd Station, in Bronx. Set out on foot for a few minutes along the Gran Concourse southwards and stop in front of the little park in the center of a circle of anonymous brick buildings: the Poe Park opened in 2001 by the Mayor Rudolph Giuliani personally. 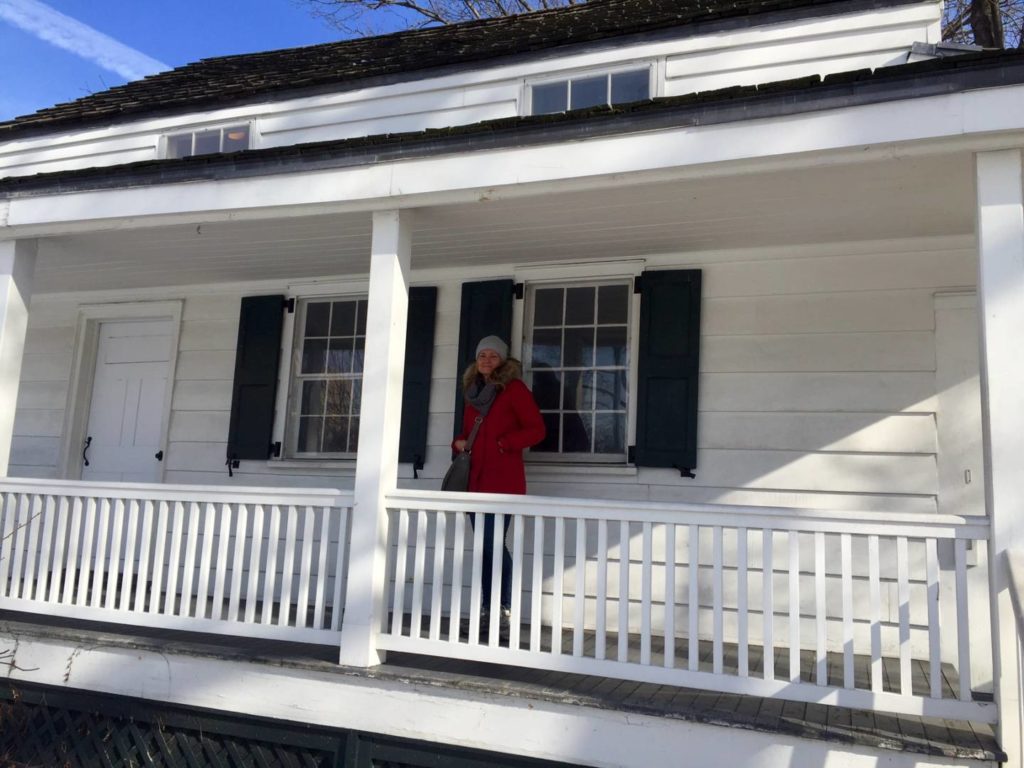 The little white cottage in the center, which survived even 2 centuries of changes, isn’t only one of the most ancient buildings in New York – together with many other ones lost by now (it was a part of the farming possessions, known as Fordham Village, of a rich local family of the early 1800s).

But it’s also the house where one of the most famous and dammed authors of the American literature, Edgar Allan Poe, lived a part of this short life (and wrote some of his most famous works). 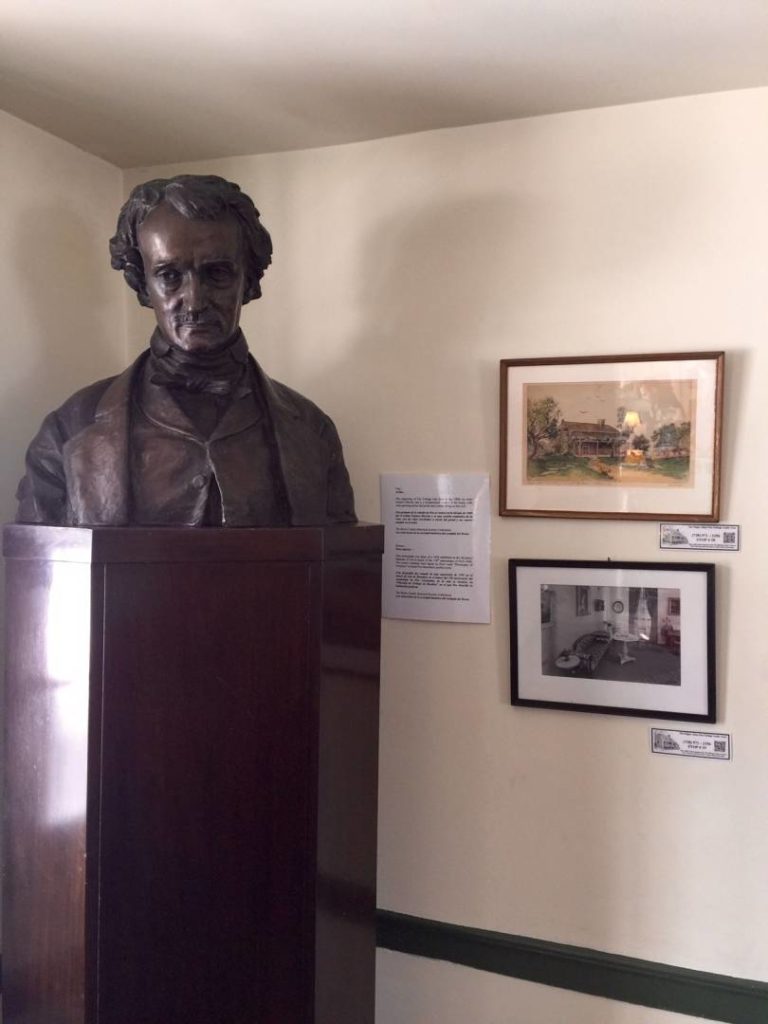 Edgar Allan Poe Cottage, the inside

The Edgar Allan Poe Cottage, a little gem neighbored by the greening of the Poe Park, in turn fixed in the cement and brick sea of Bronx, is a stop-motion of the last tormented years of the artist and the mysteries tied to him.

The inside is surprising, it’s like set foot in a remote era. Strolling through the few rooms of the cottage you realize clearly the charm and the magnetism of the enigmatic Poe.

The guide, upon your request, will tell you a bit of curious anecdotes about Bronx, its history and about the writer. 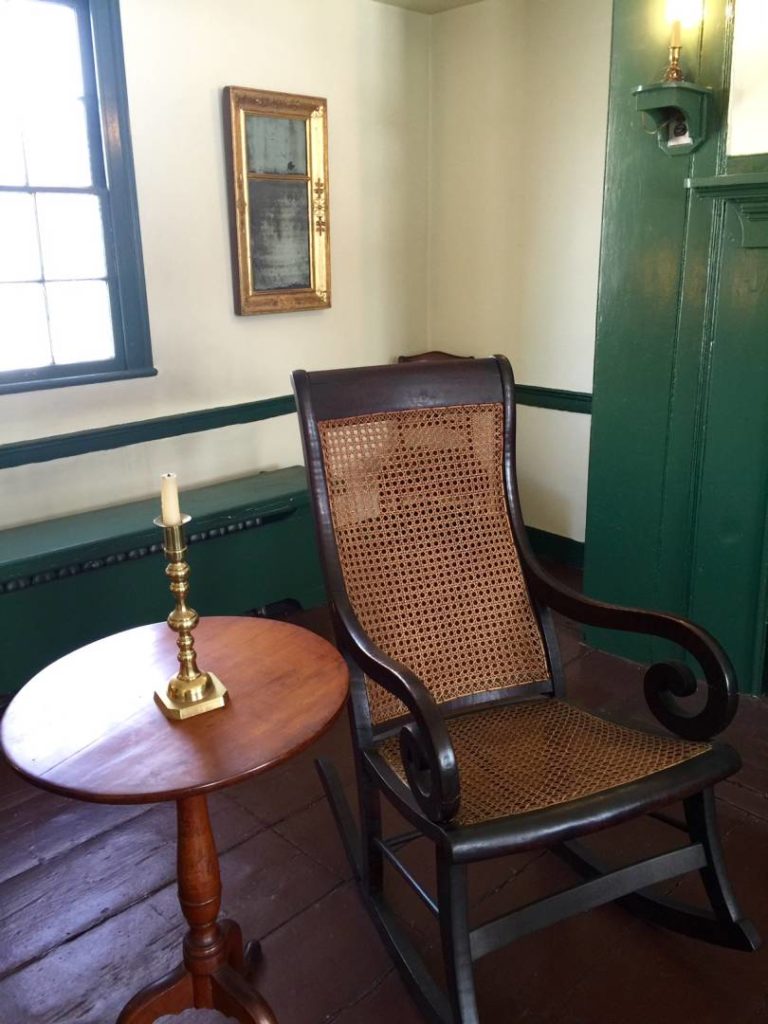 Details of the parlor at the first floor

About his restlessness particularly, about the nights spent drinking and writing tales, about solitary walking near Croton Reservoir, about his disappearance’s mystery in Baltimore in 1849 and about the mystery of the roses every year appeared on his grave on the occasion of the death’s anniversary.

“Muse for unwearied hours with my attention reverted to some frivolous device on the margin of a book: to become absorbed for the better part of a summer’s day in a quaint shadow falling aslant upon the tapestry, or the door; to loose myself for an entire night in watching the steady flame of a lamp

(…) Such were a few of the most common and least pernicious vagaries induced by a condition of the mental faculties but that certainly challenged any possible analysis or explication.” 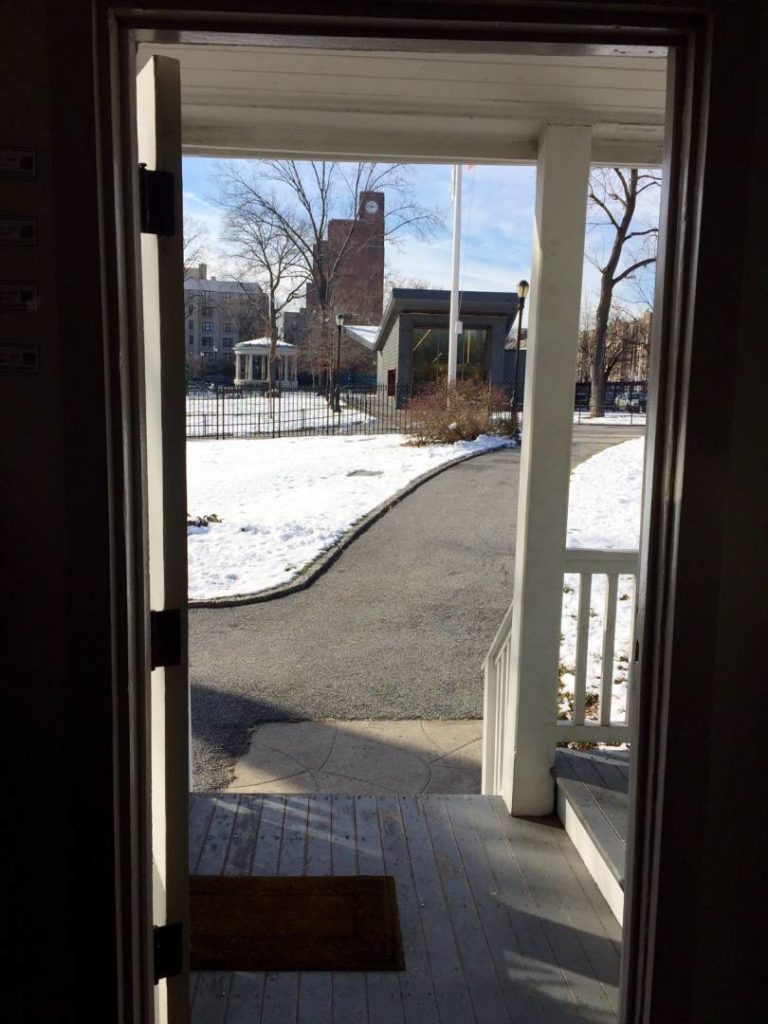 The Poe Park seen from the Cottage

A part of the furniture is original, used by the writer himself during his stay in the cottage, like his “precious” rocker in the parlor, the massive wood bed and some ornaments.

In the little studio in the attic Annabel Lee, Eureka and The Bells were written, while in the bedroom at the first floor his wife, Virginia Clemm, died due to tuberculosis, feeding the dejection and the restlessness of the author and his consequent need of drinking. 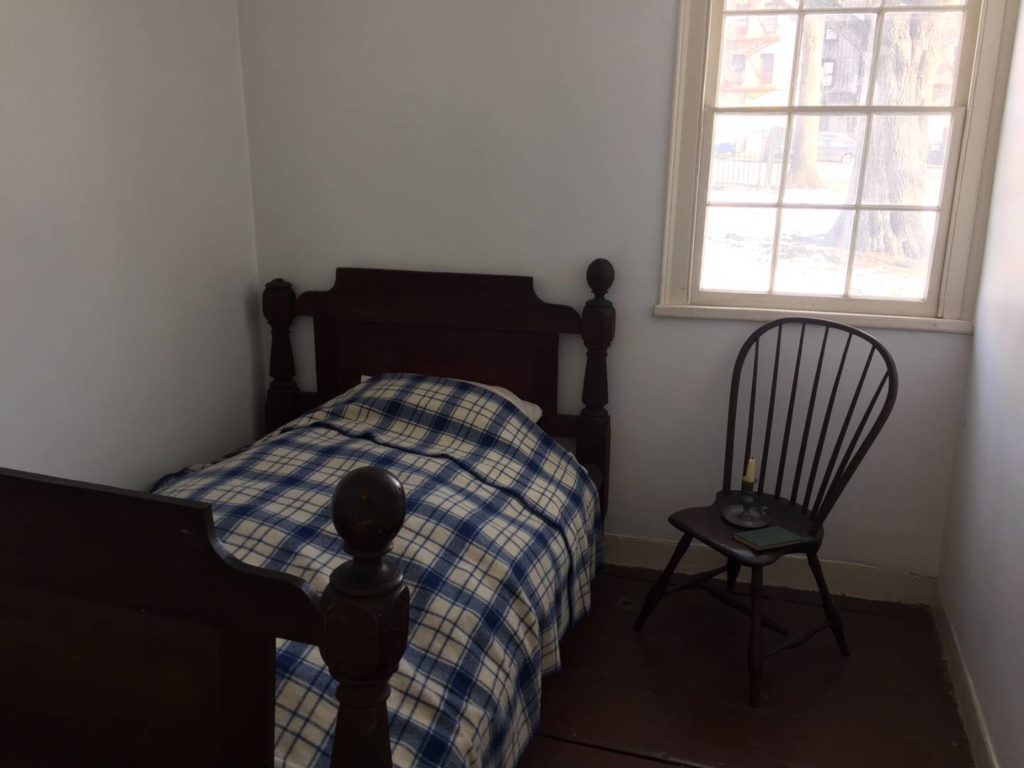 Before going out don’t forget to have a look at the mirror next to the fireplace of the main room (it belonged to Poe, too), that one with the golden frame and the reflex worn with age.

Some people swear to see in the black stain in the center (it appeared mysteriously after the writer’s death) the profile of a raven…do you remember “The Raven” by Edgar Allan Poe? 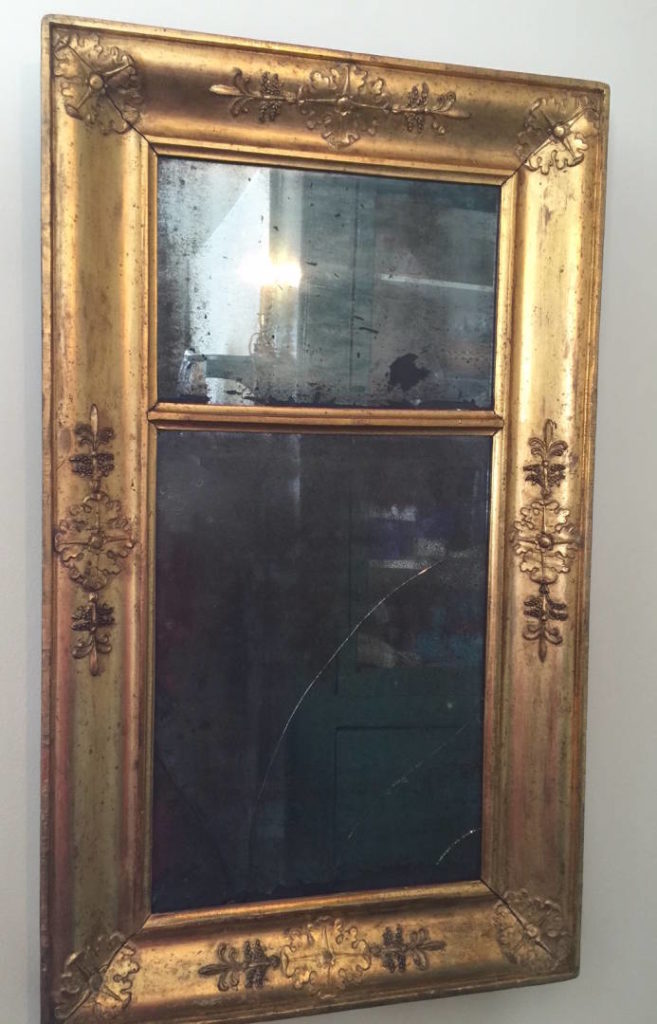 The mirror, at the top right the so-called “profile” of the Raven 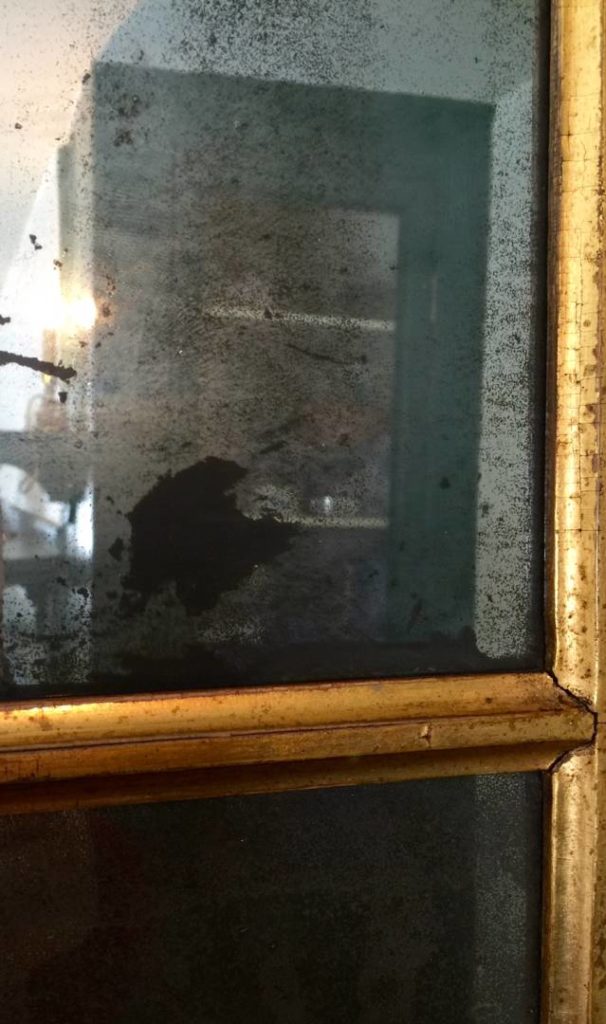 The Edgar Allan Poe Cottage is opened on Saturdays from 10am to 4pm and on Sundays from 1pm to 5pm. Admission ticket is $5 and $3 cut price.

You reckon it will take a couple of hours what with the tour and the travel by train from Manhattan.

Since you are there you could go to the Woodlawn Cemetery: green line 4, Woodlawn subway stop. 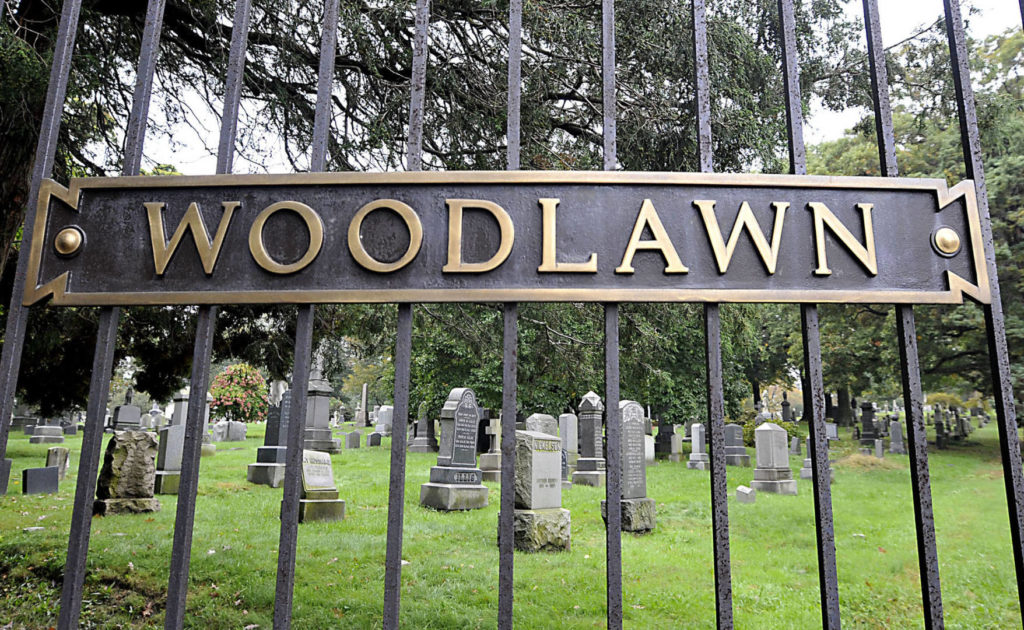 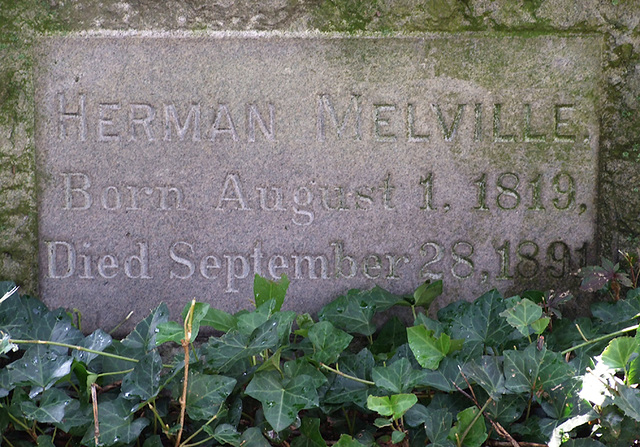 It’s an ancient and suggestive cemetery dating back to the Civil War: it offers wonderful views of the neighboring area and it keeps the graves of many American famous characters, like for example the legends of Jazz Miles Davis and Duke Ellington, the baseball’s one Babe Ruth and Herman Melville, the author of “Moby Dick”.

At the Visitor Center at the entrance usually free maps with the indications to reach the cemeteries mentioned above and many other ones are available (if you prefer, you can download the cemetery’s official App on your Smartphone).

Guided tours are scheduled – click here for info and bookings.