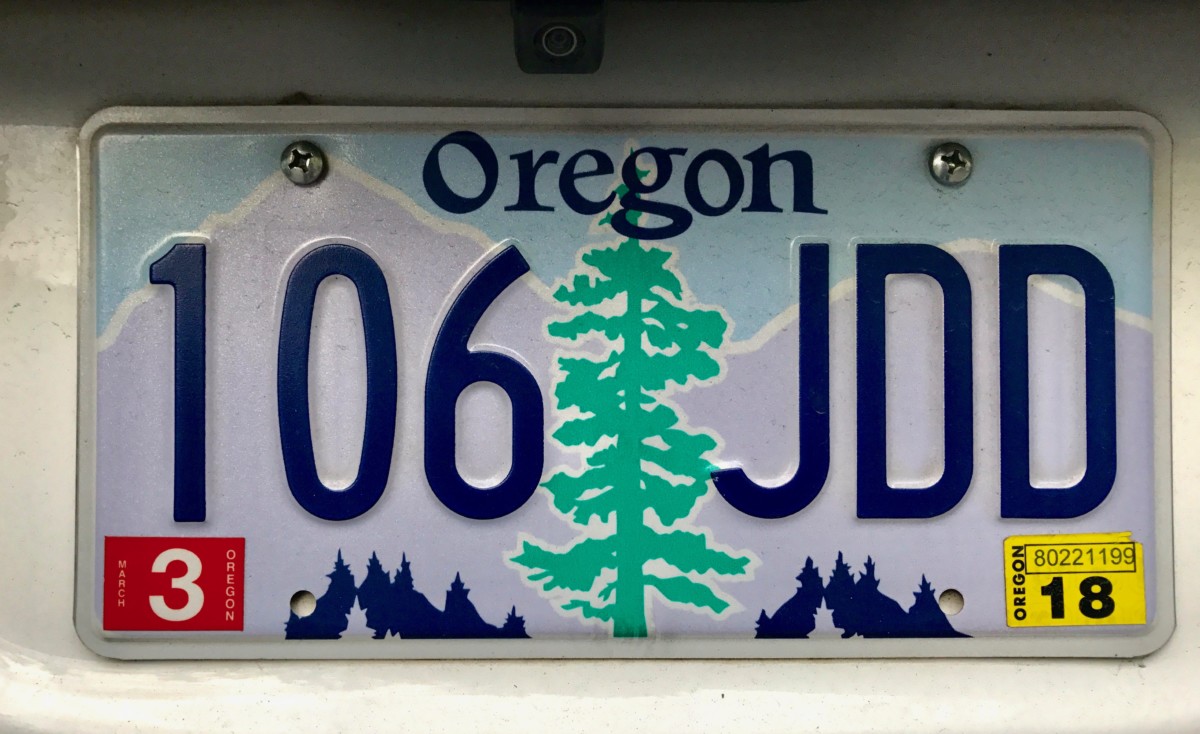 Why think about to set out on a travel to Oregon?

For its breathtaking nature, unexpected in its vastness and largeness. For “the savors” from the world, a symbol of a usual integration and multiculturalism, by now.

For the towns, never busy and unliveable metropolis, on the contrary they are elegant towns with a particular bent for the beauty and at the same time attention to history, culture, traditions and liveableness. 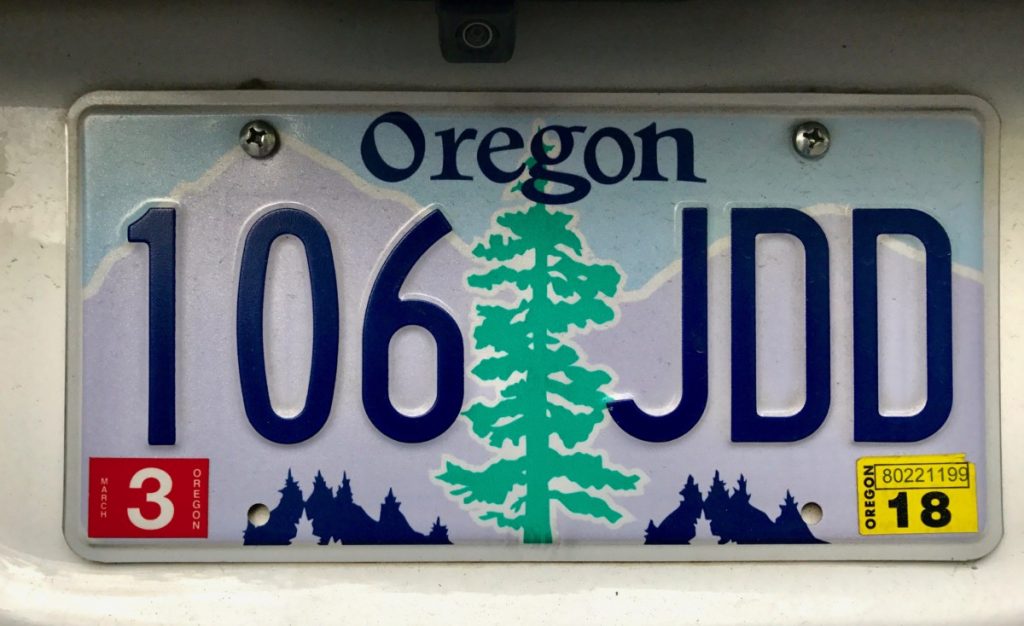 For the small towns, a stop motion of an America – the most authentic and furthest one –which it’s hard to find in the most famous and “crowded” areas, by now. And even for plain, prairies and the western scenarios you never think t find arriving as far as here.

And for the film locations of movies and TV series – the Northern Pacific, the Hollywood of the North – which accompanied, moved and enchanted over a generation (mine included).

Travel to Oregon to get lost into the breathtaking views Oregon Coast is able to give, to be able to drive the Hwy 101 from Astoria to Newport (at least) and enjoy the wonderful view of the giant monoliths in Cannon Beach, literally suspended between Ocean and earth.

For the forests, the lakes, the rivers, the covered bridges and the mountains’ peaks.

And for those two wonders – which left me literally speechless, making me excited as only few times before – of the Painted Hills, inside the larger John Day Fossil National Monument and the Crater Lake National Park. 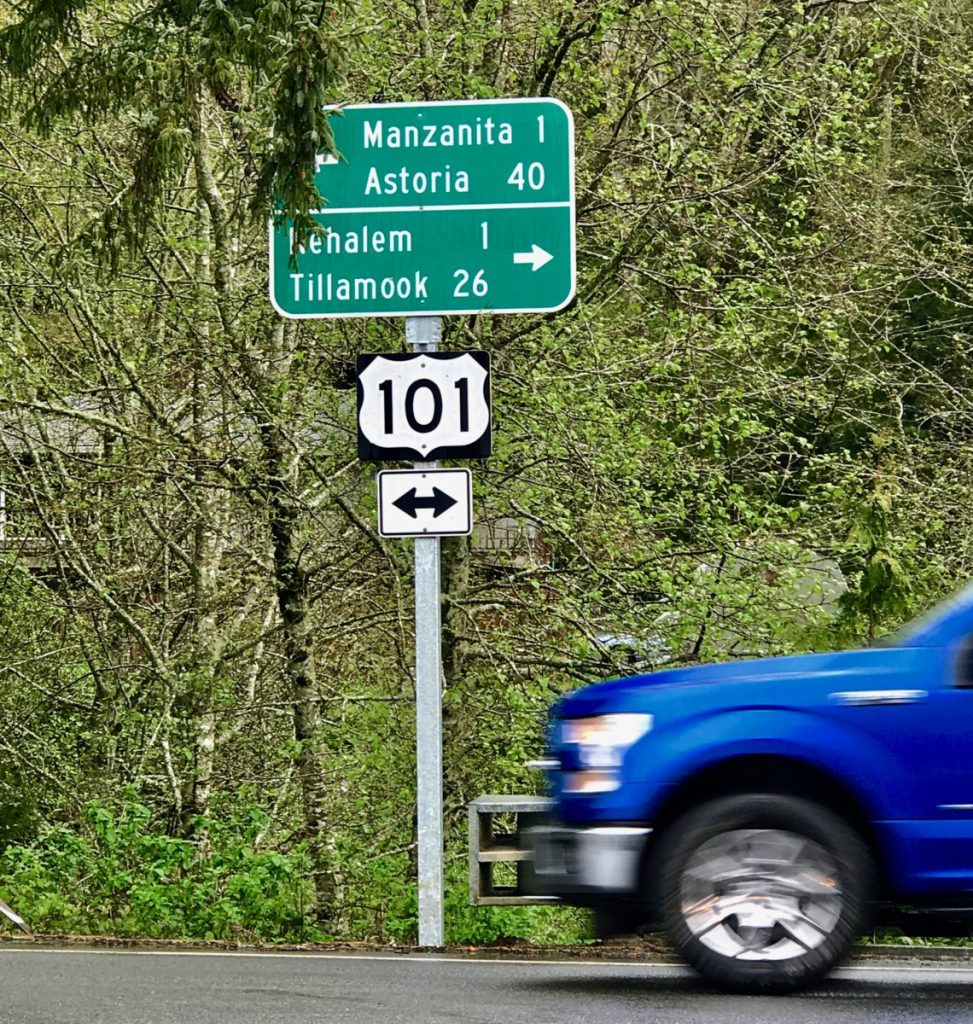 Travel to Oregon: strictly on the road

Try to think about volcanic and fossil sediments multicoloured hills dating back to 30-60 millions of years and a very pure water mirror inside 2000m high active volcano. Then add wind, dust, in some periods snow too. And you’ll get scenery and magic.

Travel to Oregon to dream, explore, discover and make surprise – once again – by a different, disarming and unexpected America.

“Beyond the glittering street was darkness and beyond the darkness the West. I had to go”

Down here there is my 8 days itinerary for you – studied, tested and experienced personally – with stages distances, tips and indications. 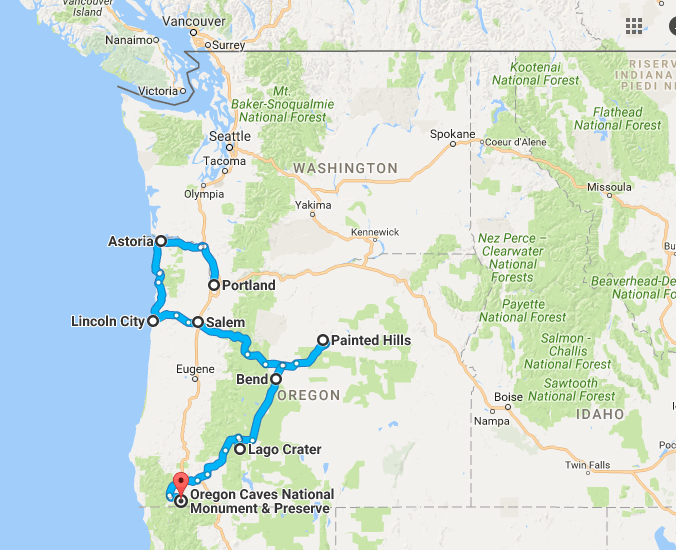 Travel to Oregon – Day one

Arrival at the Portland International Airport – the major airline companies make intercontinental flights with 1-2 stopovers on this destination.

One tip: the best solution to stay overnight as regards amounts and convenience – the motels chains in the airport area don’t have shuttles to the downtown – if you reckon a day of stop in the town to explore it is to book an hotel neighboring the downtown including the parking in the price.

Keep in mind parking in the town are about 30-40 $ per night. I recommend the Inn at Northup Station, in the lively and fashion Nob Hill district: a new building including in the price (100$ about per night) rooms with kitchen, breakfast and parking besides a series of extras (aperitifs, theme nights, et cetera).

Full day – on foot and by streetcar, so comfortable shoes – dedicated to the tour of Portland and its districts. Downtown, Old Town, Pearl District, Nob Hill, West Hills and Lloyd District. 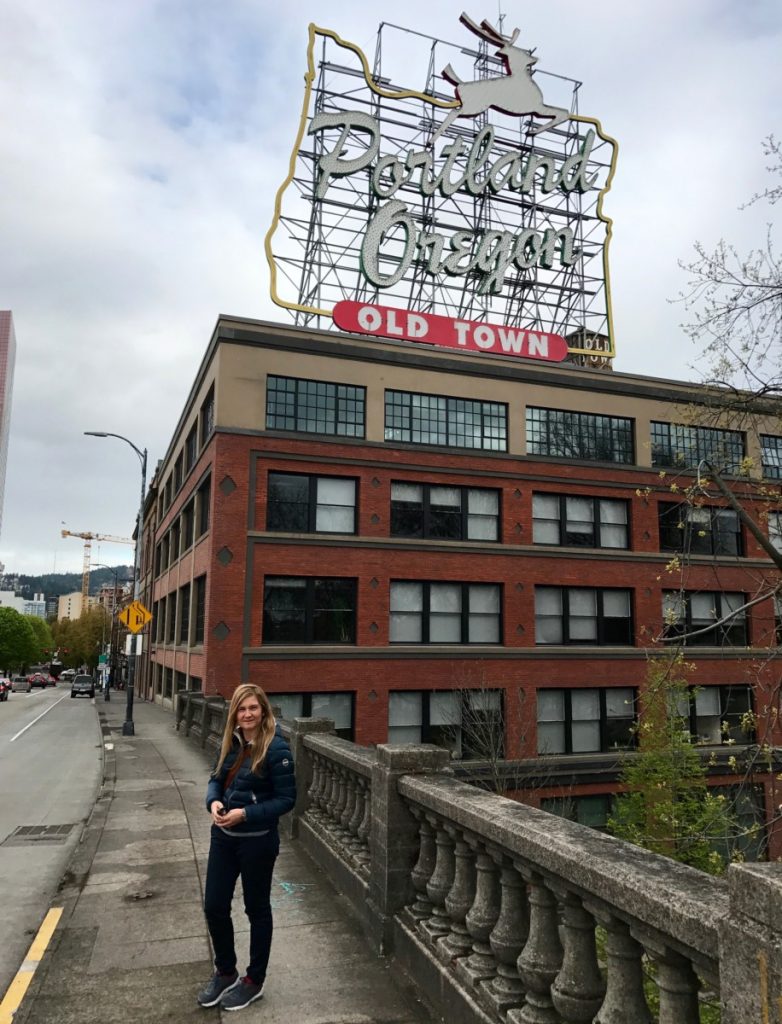 From Portland to Astoria, 200km about. 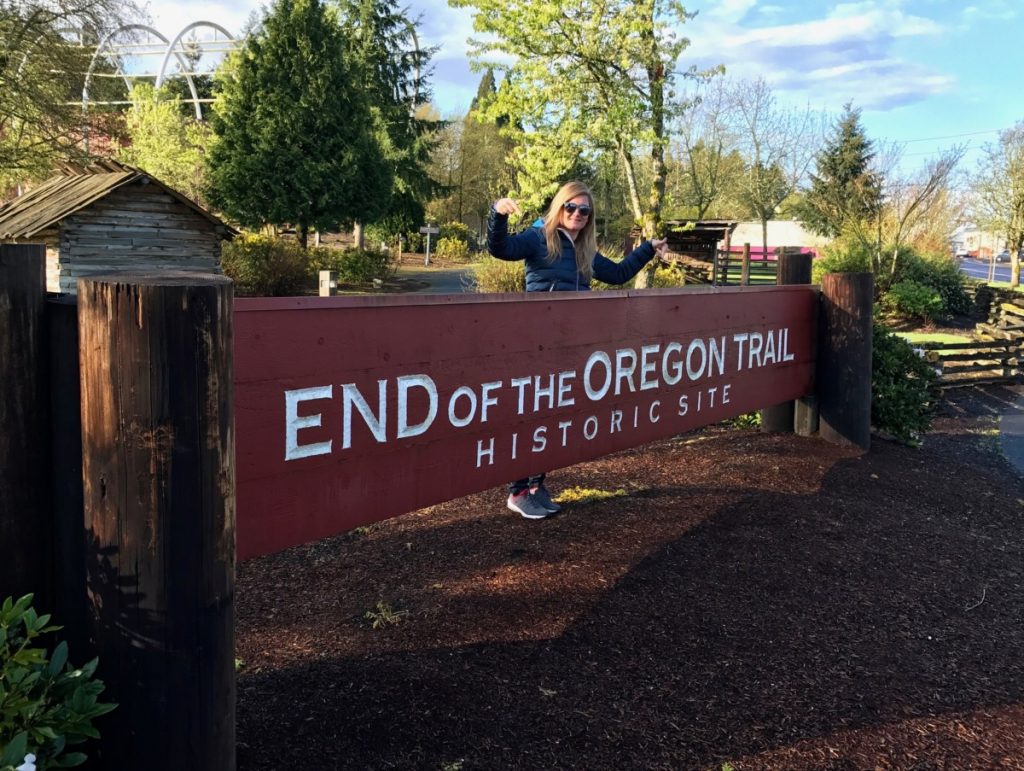 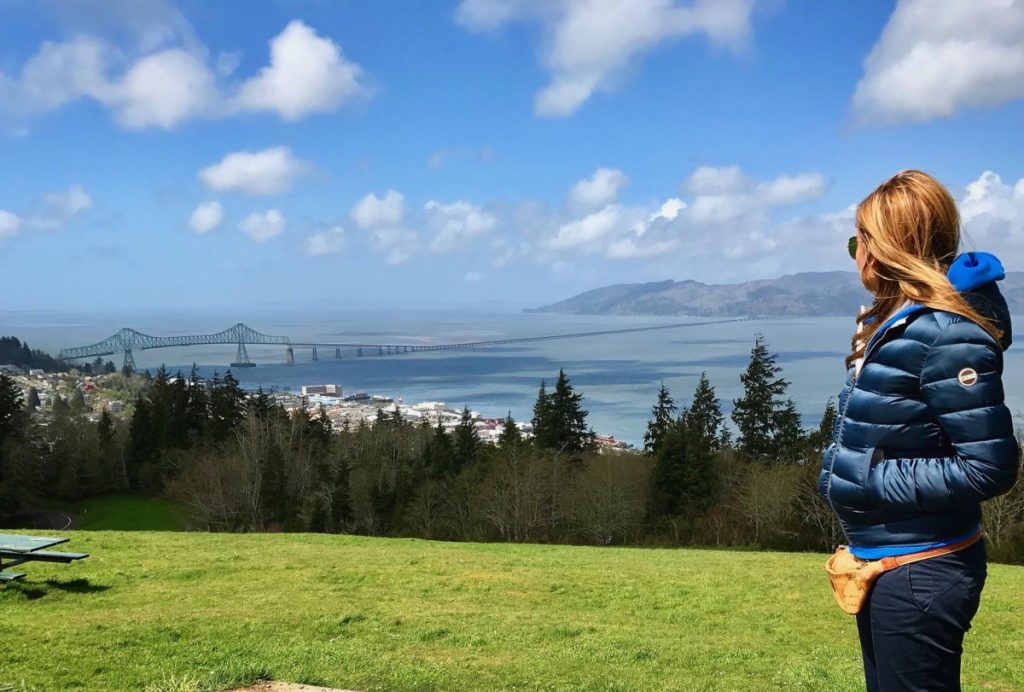 Travel to Oregon: Astoria, the Columbia River and the Megler Bridge seen by the Astoria Column 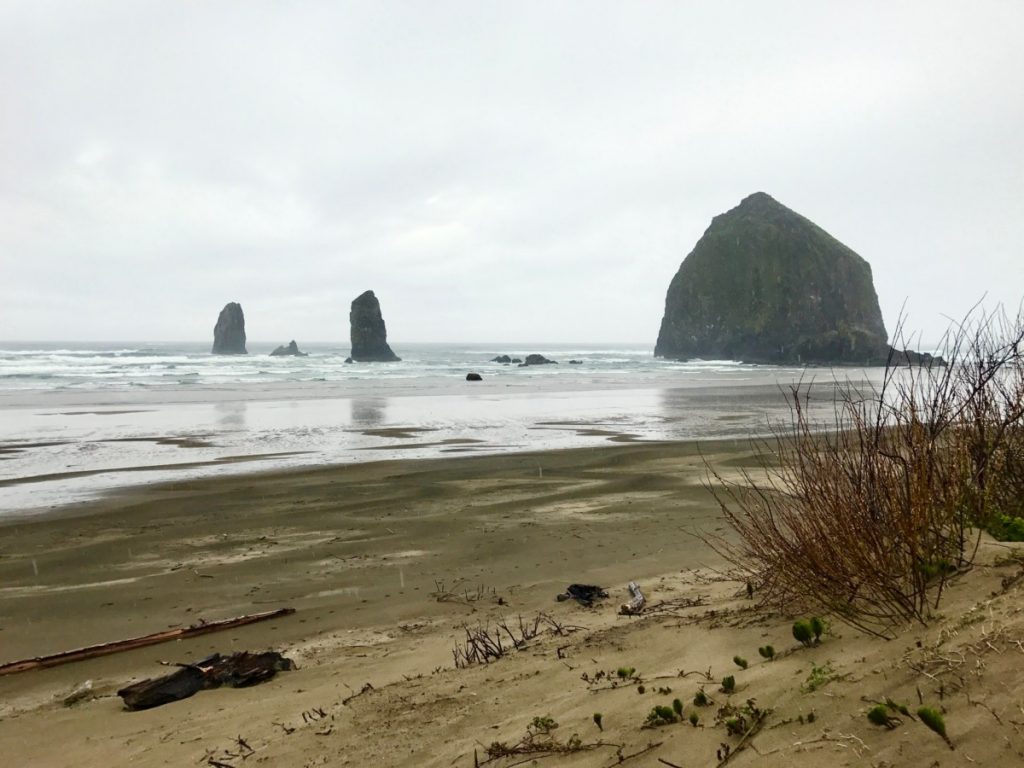 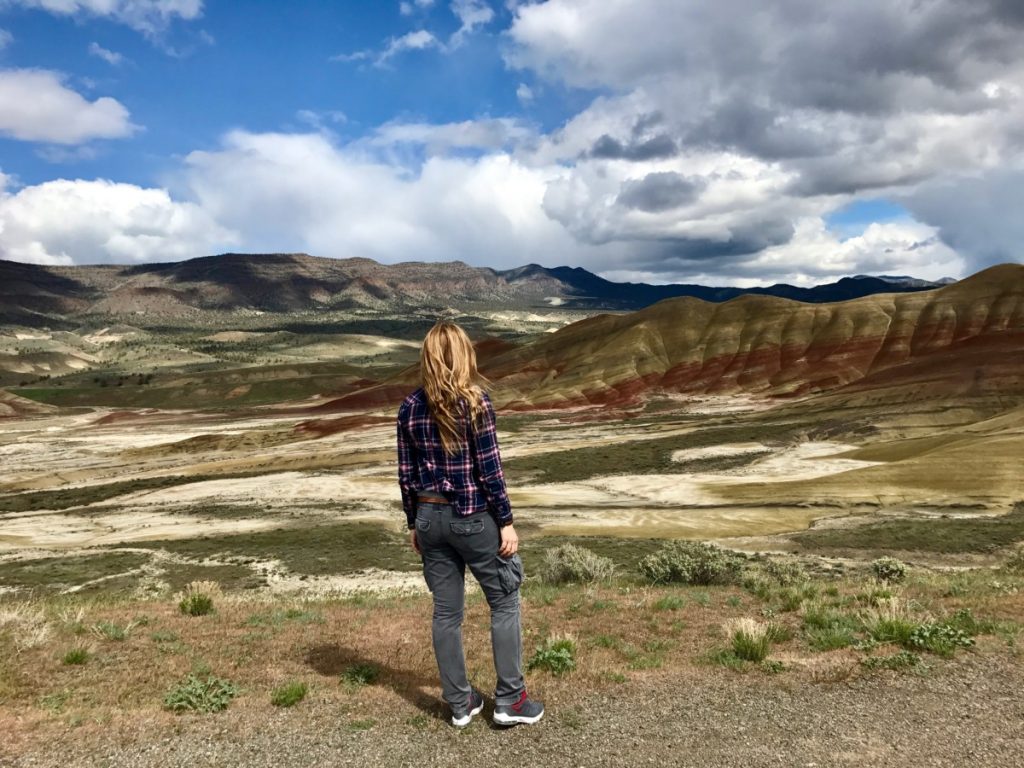 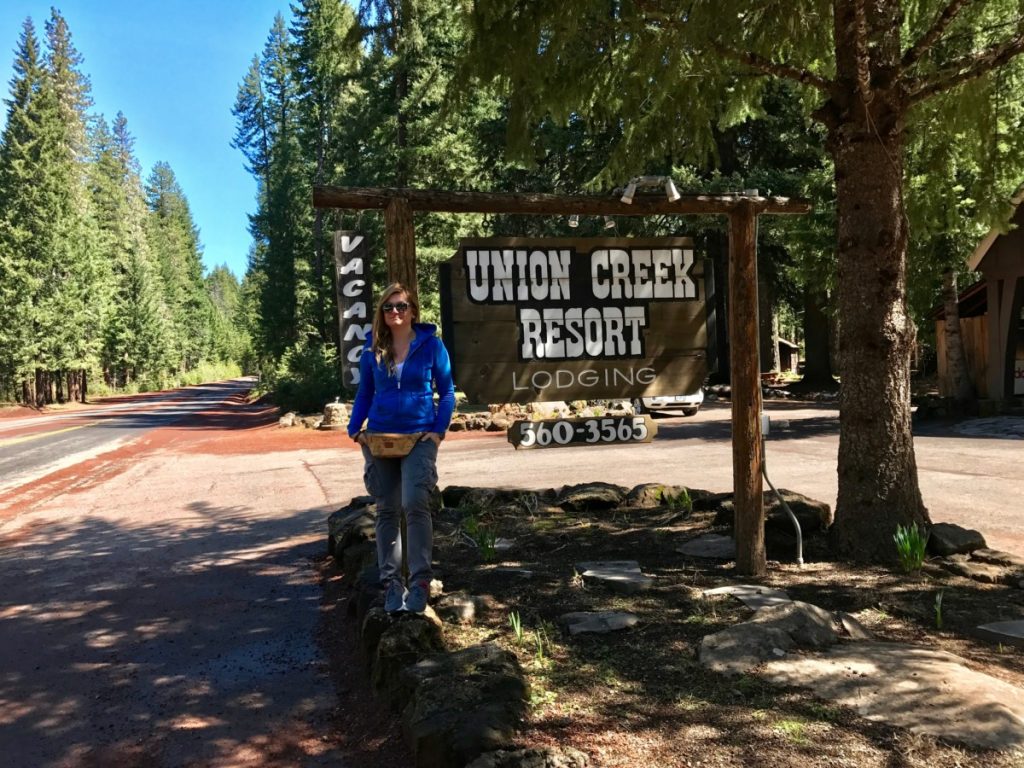 From Union Creek to Ashland – 120km about. 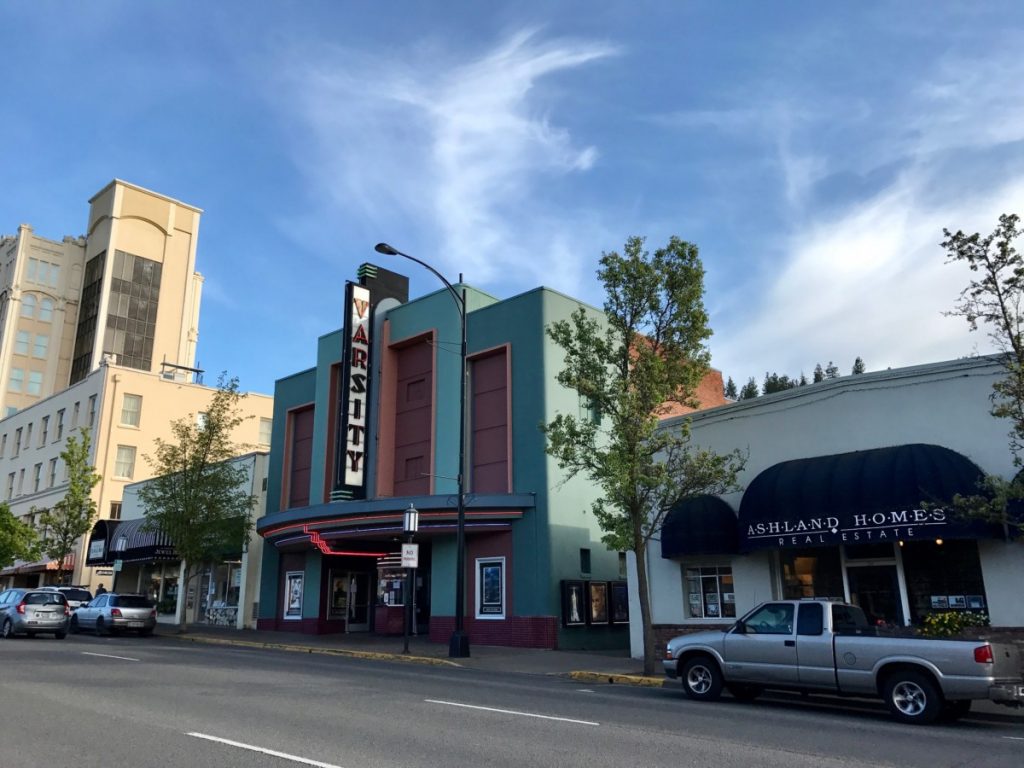 In the video below you can see the locations, the roads, the colours and the emotions of my travel to Oregon

Travel to Oregon: considerations and some tips

Planning a travel to Oregon is important to consider the season and the climate.

Many internal areas in the depths of winter are impassable due to snow that can arrive sudden and abundant until May – as it happened during my road trip.

The ideal for this typology of trip it would be to move between May and September: even though I have to admit that during my path the view of some naturalistic sceneries with the snow certainly made the difference as regards charm and beauty. 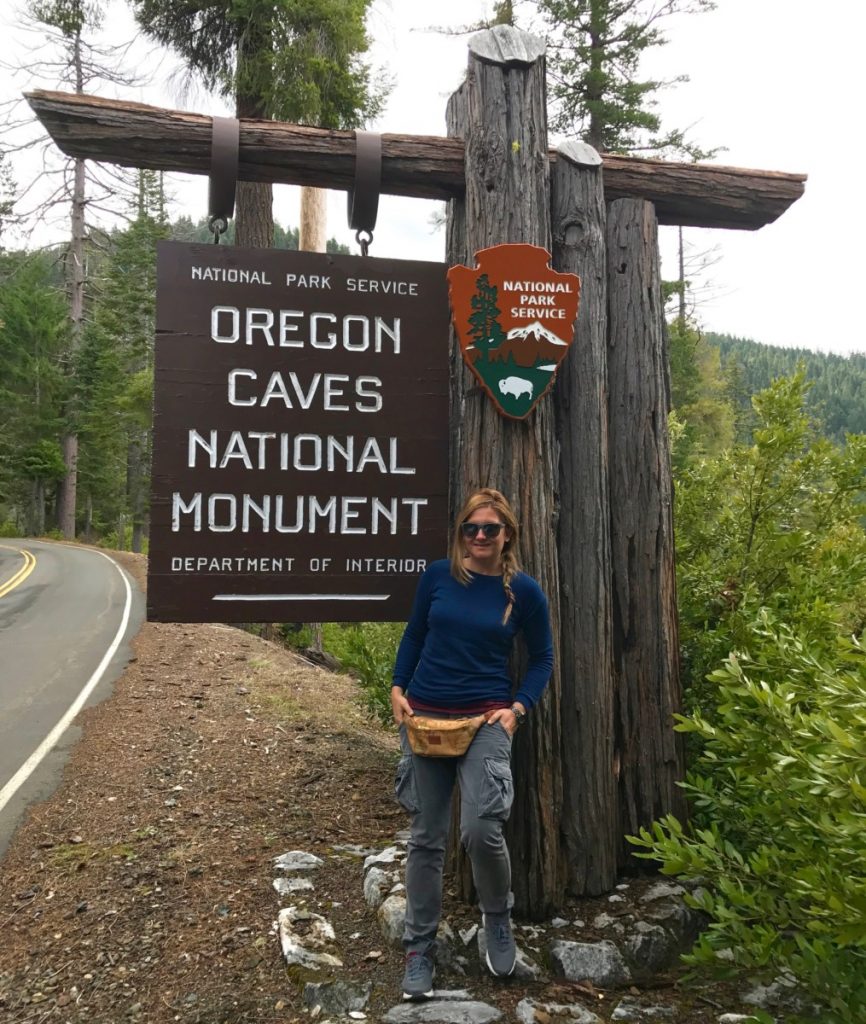 Take with you trekking shoes (necessary in many situations) and a comfortable layer clothing.

As I’ve already written above, in Oregon there are no taxes, no kind of expense.

An important factor that together with the prices generally lower (except for Portland) in comparison with other countries, the very good conditions of the internal roads and the kindness and helpfulness of people we met, makes a travel to Oregon more than cheap, besides to be highly recommended.