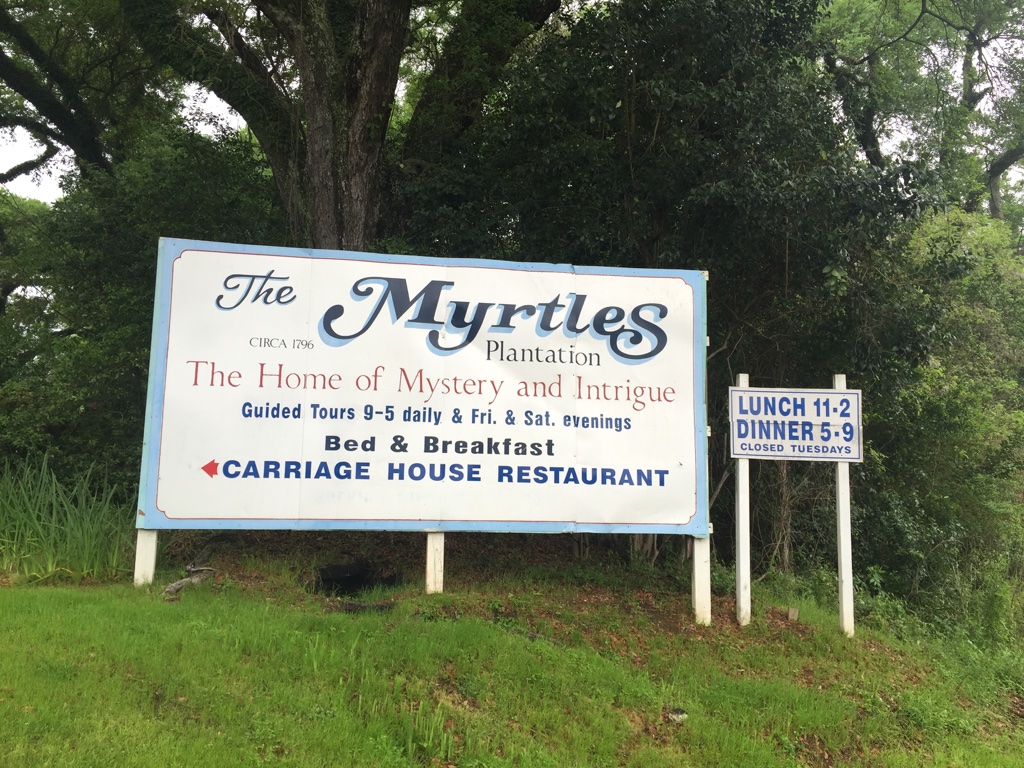 What to see in Louisiana outside the wonderful New Orleans, the lively Baton Rouge, the charming bayou cajun neighboring the ancient Lafayette, and the famous plantations skirting the Mississippi River on the old River Road?

Other more, really other more. 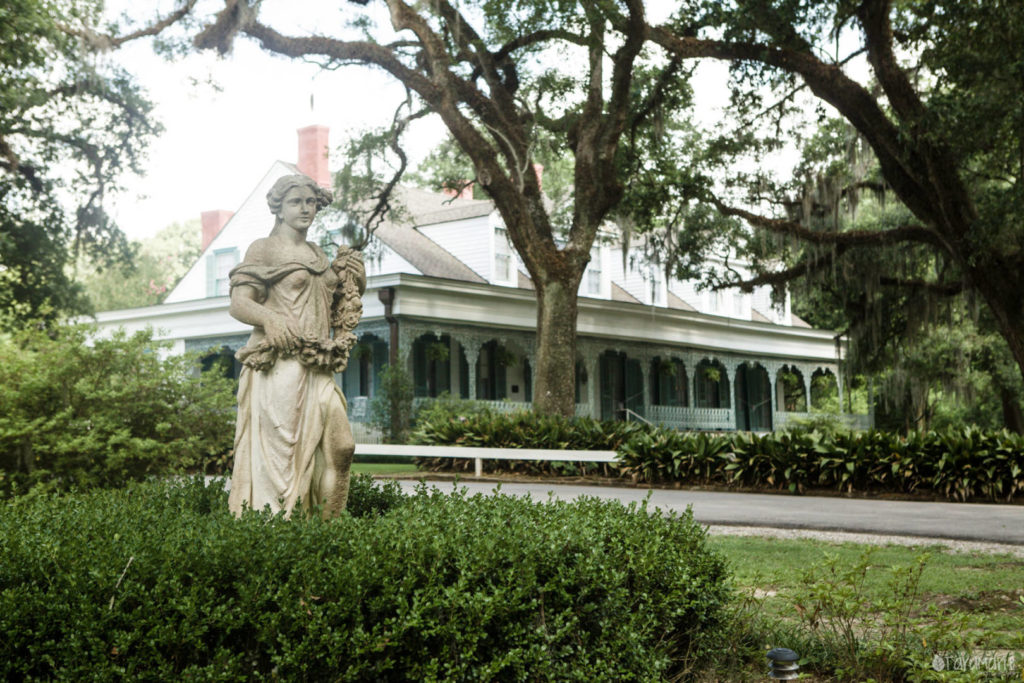 A universe of little centers recalling an ancient time, unusual paths, period dwelling houses and old plantations rich in history and above all stories to tell – often halfway between the reality of events and the mysterious legends which people jealousy hand down from one generation to another.

Places where it’s possible to recover and discover the traditions, the flavors and the purest and less tourist spirit of one among the most characteristic American states, a land about which actually people still don’t know much. 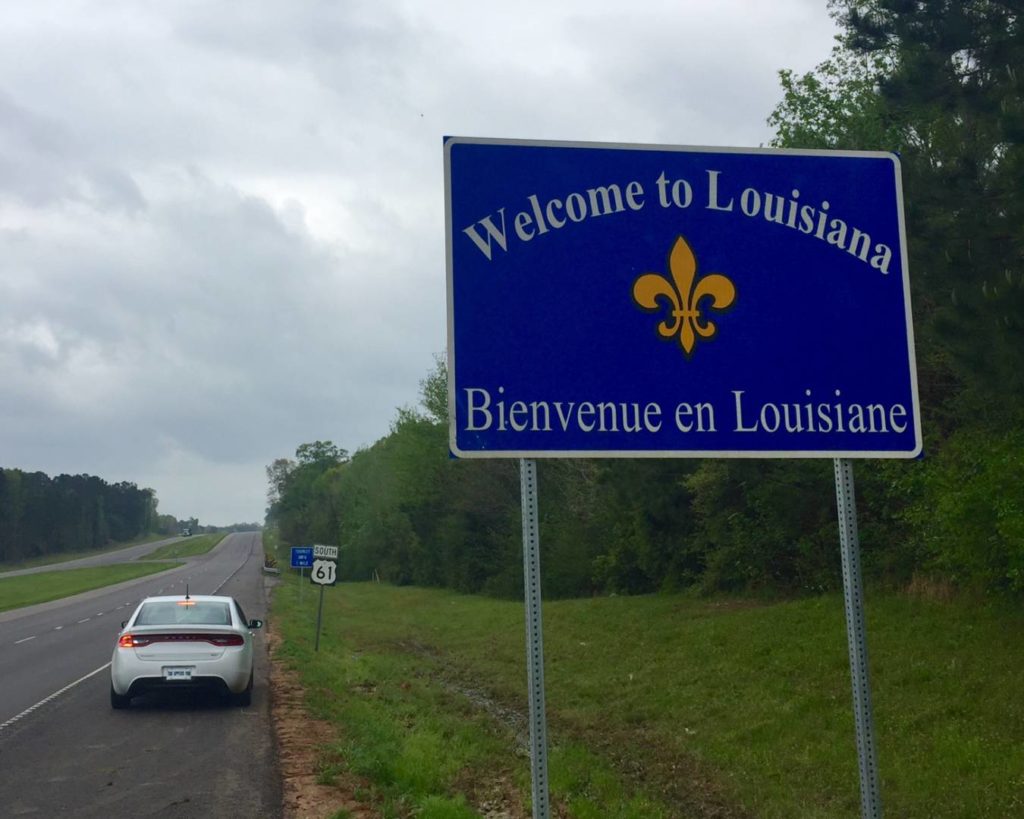 What to see in Louisiana: St. Francisville

St. Francisville is a green city on the Mississippi River: it is famous to have been in the decades before the Civil War the rich owners of the near plantations and their families’ buen retiro.

The roads near the downtown are full of original historic dwelling houses (the most part of them is available for visits), ancient churches, elderly cemeteries and art galleries. 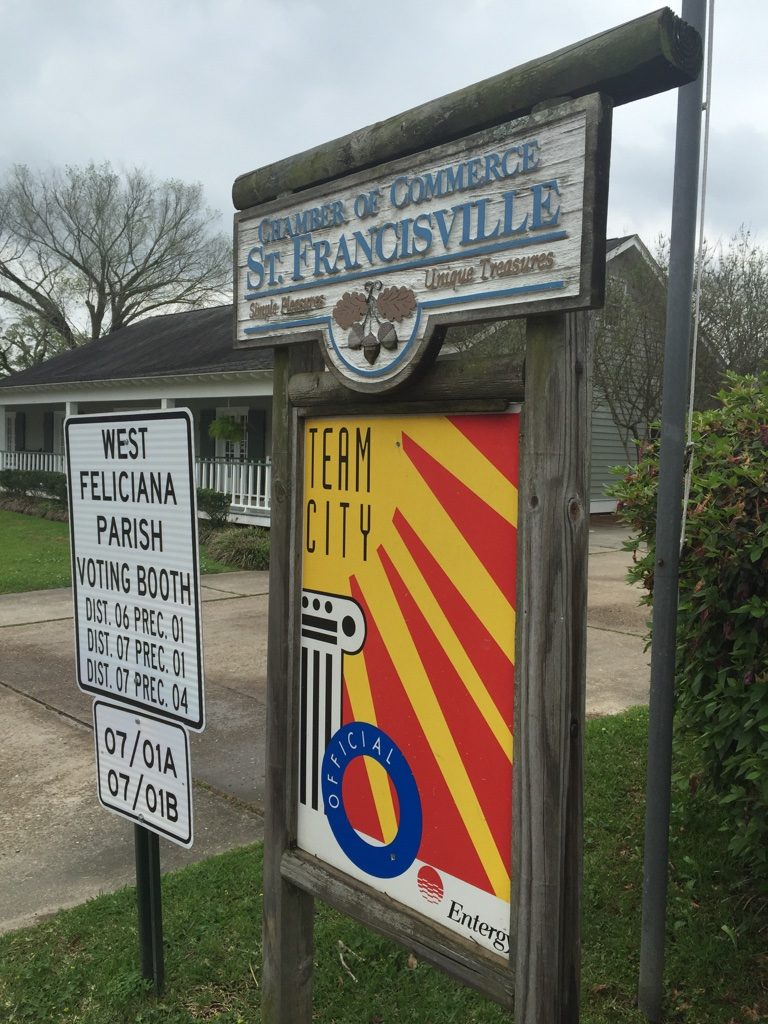 What to see in Louisiana: St. Francisville 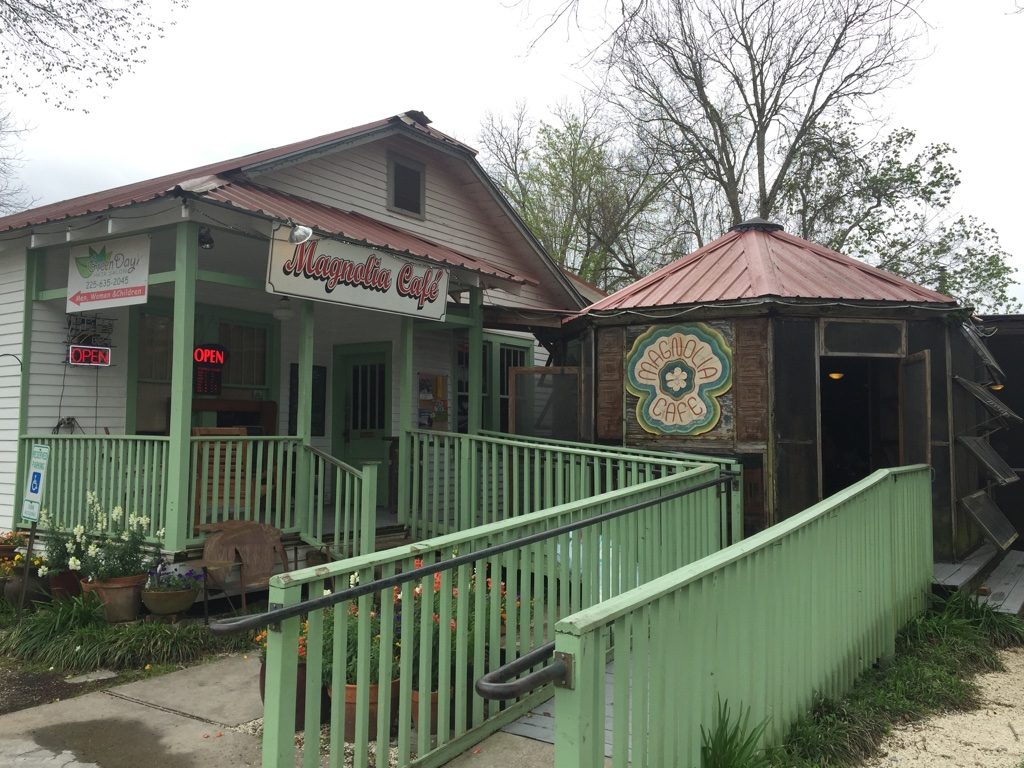 What to see in Louisiana: Magnolia Cafè

The city is about 50 km north of Baton Rouge less far from the border of Mississippi: you run into it driving along the U.S. Highway 61.

The Historic District (the little and nice old town and the near the residential streets) is reachable through Commerce Street. My tip is to park in Ferdinand Street, ask for a map of the attractions at the Tourist Info Center (at 11575, Ferdinand St.); stop and go window shopping among the antiques shops along the street; then have a typical lunch at the old Magnolia Café (the crawfish, spicy sauce and salad po’ boy it’s delicious) before going discovering the wonderful dwelling houses of Royal Street, and the plantations in the neighboring areas. 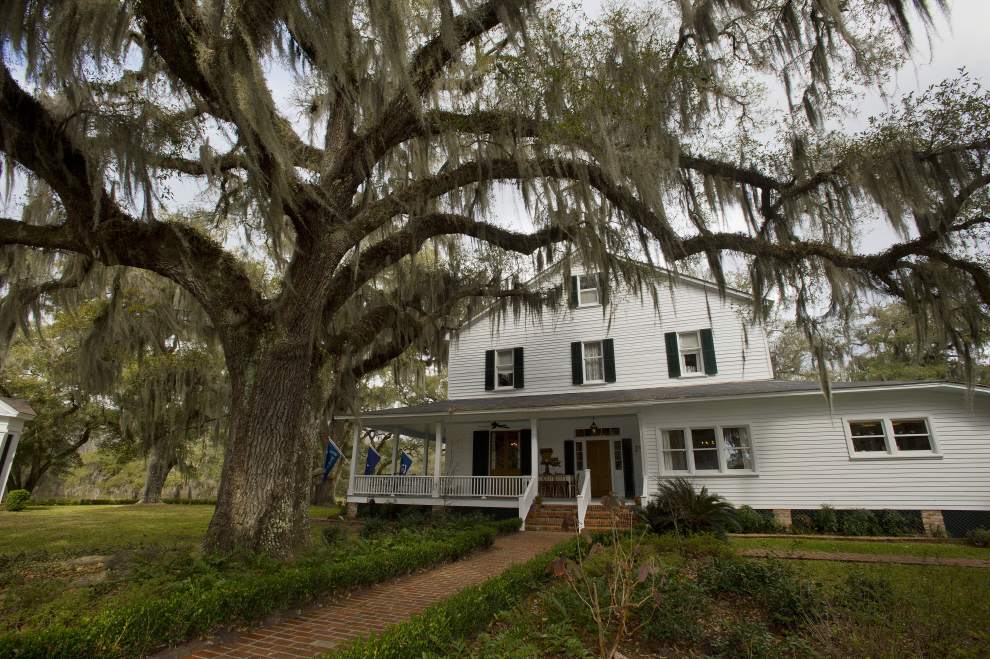 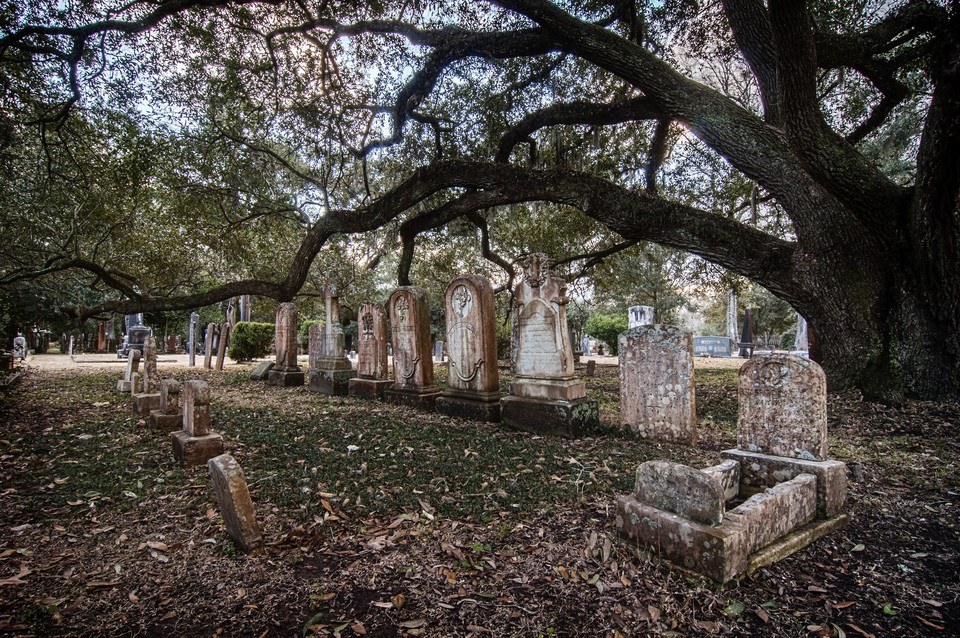 In many of these ones it’s possible to stay overnight and live an authentic and original experience in the old Southern mansions: click here and you’ll find a list of the most beautiful buildings and the links to the websites for the booking.

One of the most charming and mysterious places I’ve ever visited and not only for the mysterious stories and legends enveloping the history of this plantation and which today makes it the most “possessed” historic mansion of the United States – above all according to the most expert in paranormal.

Myrtle Plantation is about 3 km far from St. Francisville on the U.S. Hwy 31 northwards. 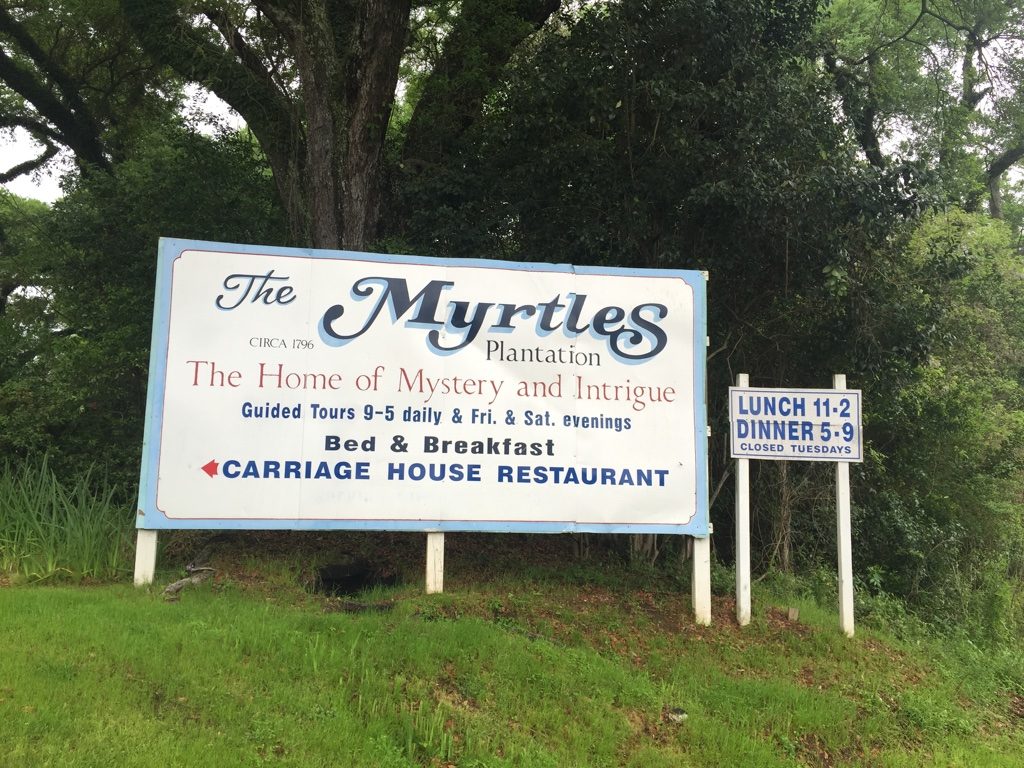 The plantation is completely deep in an abundant vegetation: the buildings themselves are covered by vines and surrounded by ferns and magnolias. The perfect environment to get involved by the stories of the guides and – why not? – for daredevils and/or lovers, trying to stay in one of the manor’s rooms. 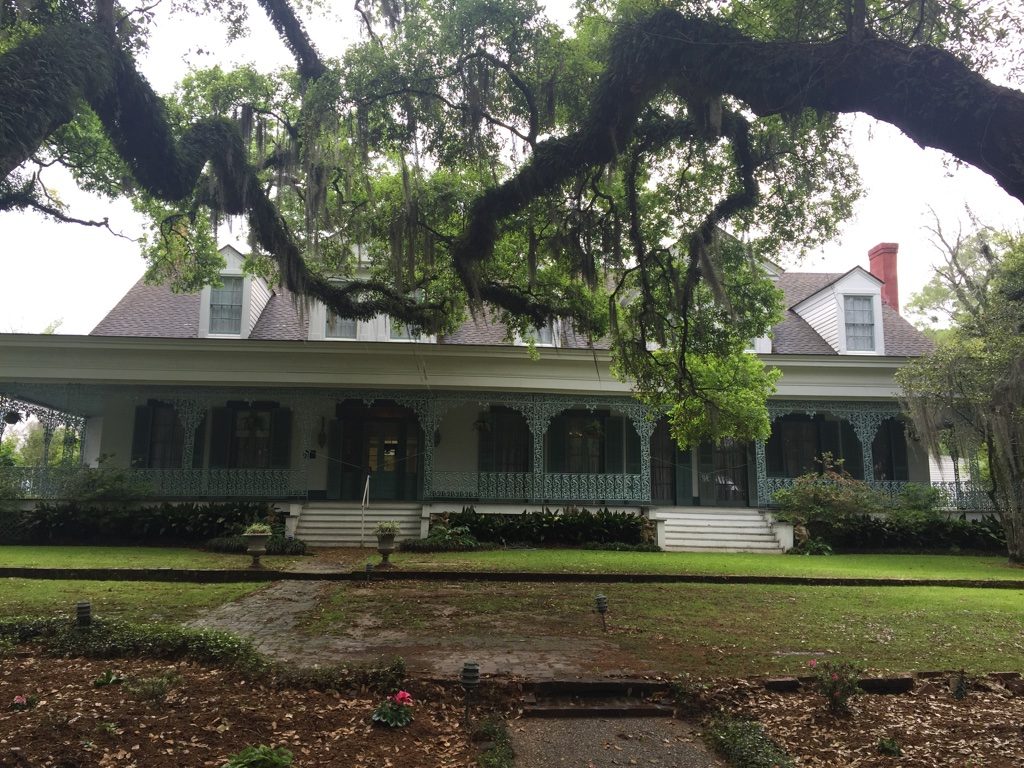 What to see in Louisiana: Myrtles Plantation seen from the park 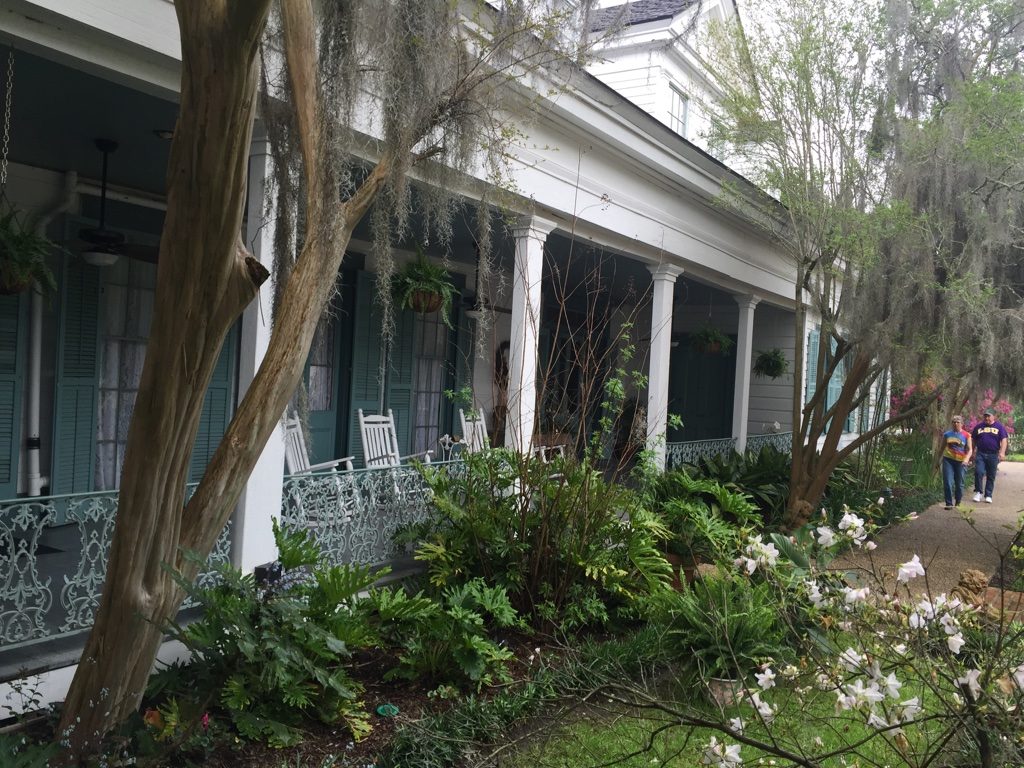 What to see in Louisiana: Myrtles Plantation, views

Morgan, in charge of the guided tour, welcomes me at the General Store, the old store working from 1794, even before the manor was built.

She tells me about some of the most striking events of the entire facility’s history, which are connected time after time to the strange phenomena and to the apparitions to which many people – and herself, of course – affirmed to have been present at and she prepares me about some particular experience usually happens once crossed the threshold. 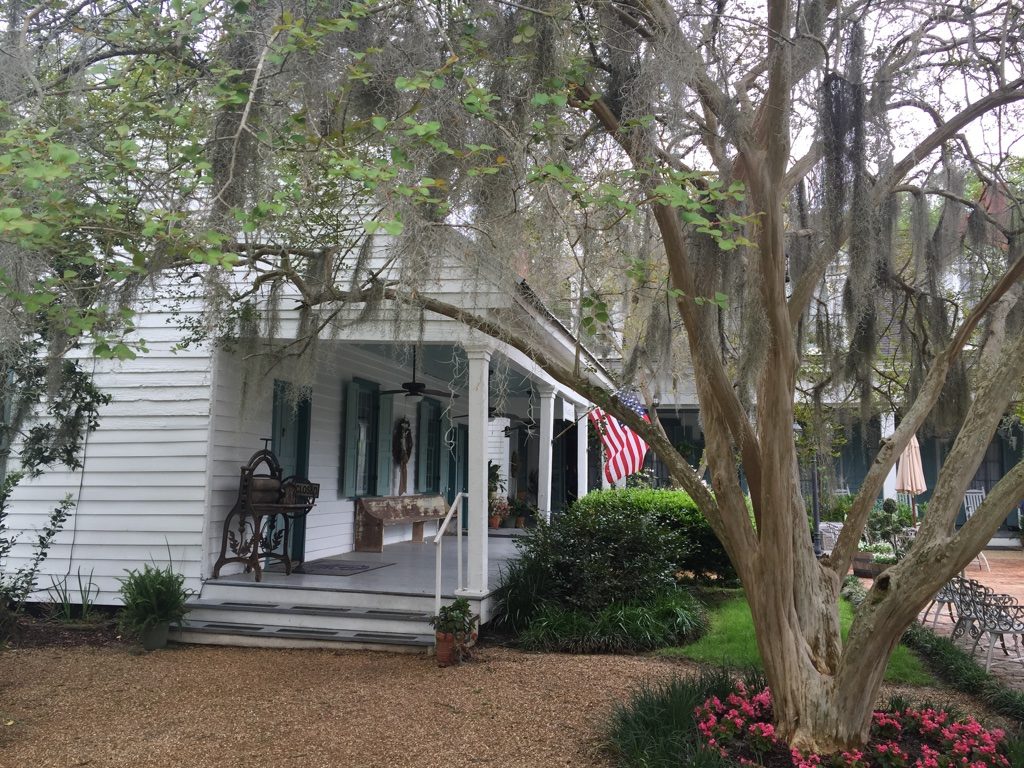 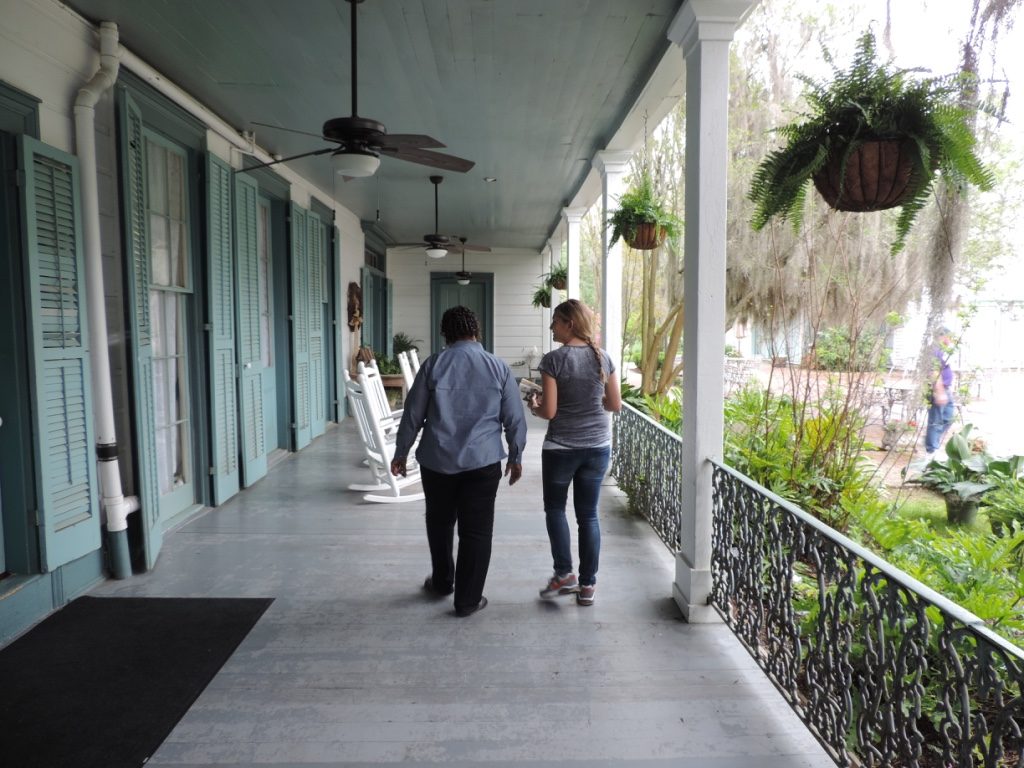 It seems Myrtles Plantation was built on an ancient Natives’ burial place and inside even 10 murders happened over time. Nothing too strange if you think about the 200 years passed by and about the Civil War: just in these areas next Mississippi some of the most cruel battles, massacres and revenges took place.

According to Morgan – and according to the experts about paranormal – in the house would be even 12 ghosts, almost all related (as a result of sessions and investigations made by occult experts) to specific characters who lived here. 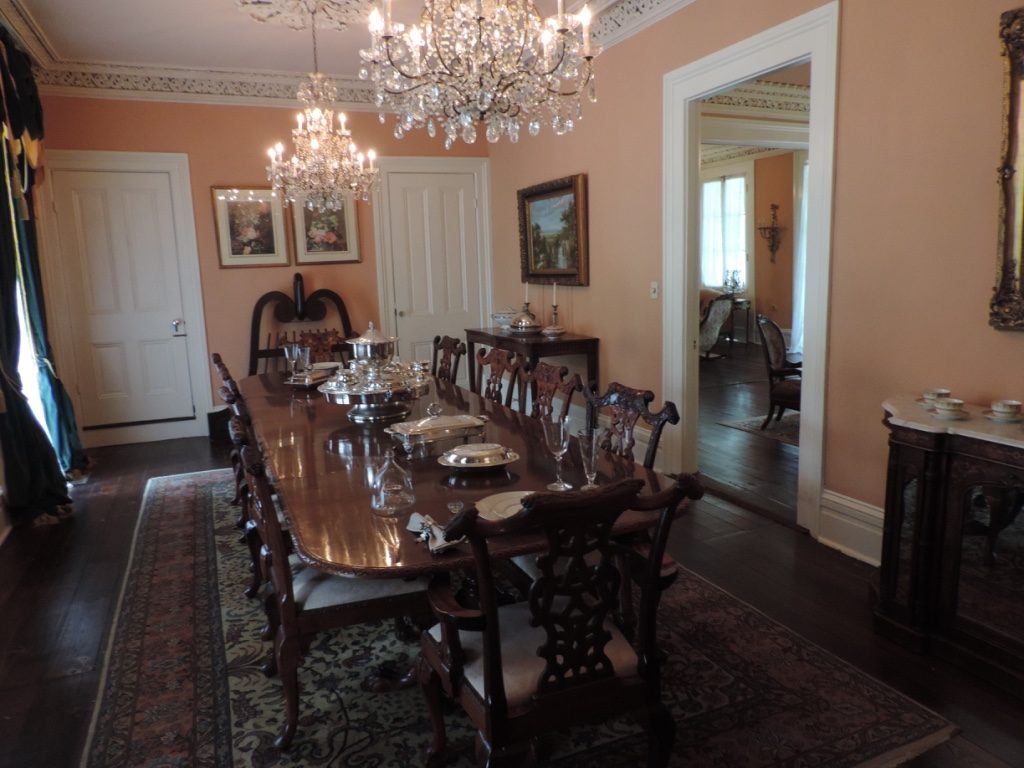 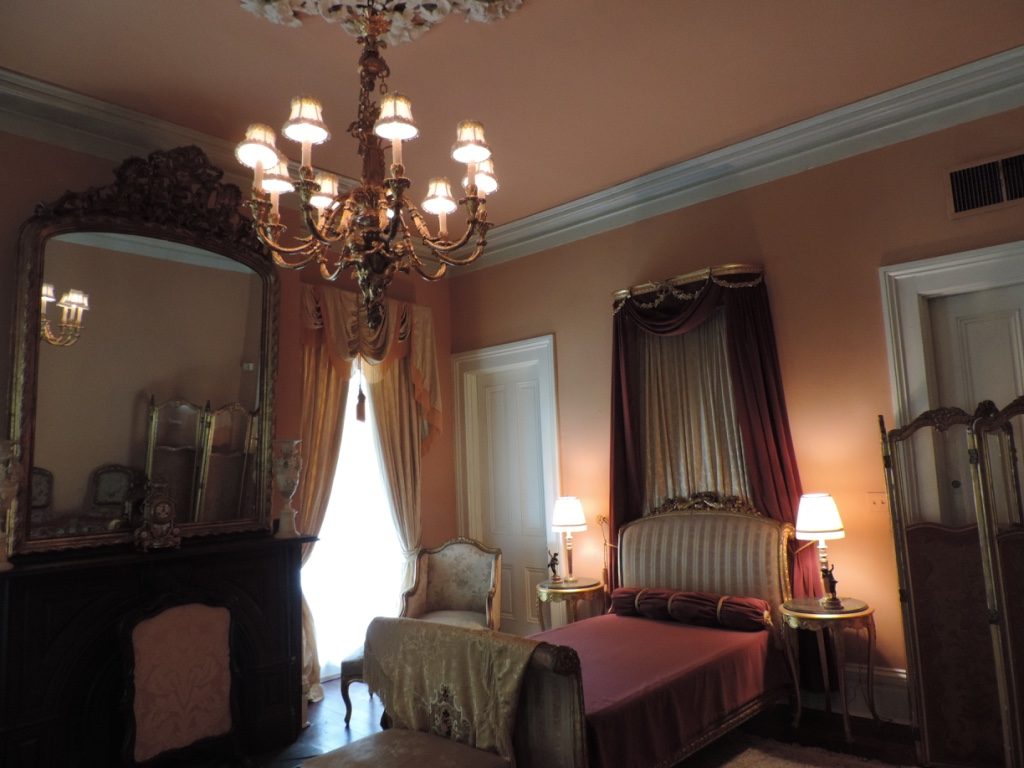 The most “famous” ones would be slave Chloe (there are some photos proving her passage on the veranda) and her owner Clark Woodruff’s wife and his two children’s spirits.

It seems Chloe (Woodruff’s repudiated lover) attempting to kill him with a poisoned cake, actually have killed by mistake his wife and children (Chloe was then identified and hung on the veranda) whose spirits, as a result of a spell, were trapped in the big mirror in the threshold. 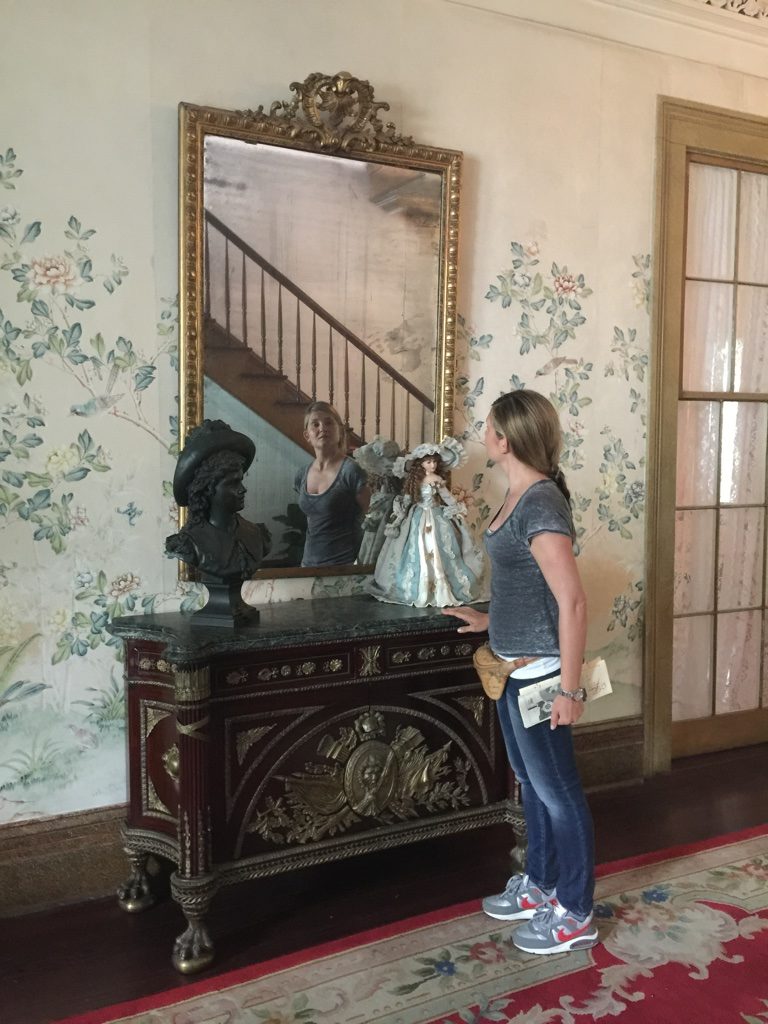 The great mirror in the entrance

I confess that this mirror has something evil maybe also due to the spot created over time and to the strange lights and shadows games there are every time you open the threshold’s door. However, on the bottom edge there are little shadows which like to hands prints: they don’t cancel and people say they belong to two Woodruff’s children.

Morgan goes on telling me about the crosses in the threshold door’s window, put at the end of 1800s to fight the evil spirits which it seems were already in the house. 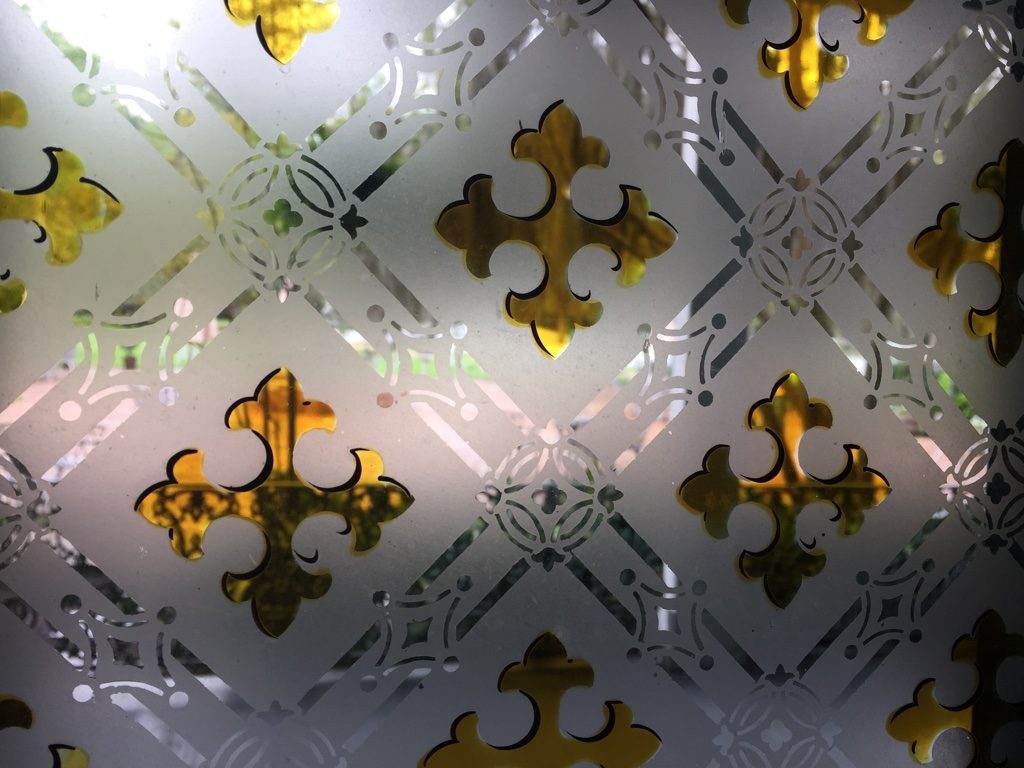 After a bit she indicates me the stairs taking upstairs and she starts talking to me about William Drew Winter. He was one of the plantation’s owners who was shot in the chest on the main veranda (it seems by a farmer oppressed by debts) and bled to death trying to reach his room on the second floor, on the 17th step of the great threshold stairs.

It seems every night the guests upstairs hear 17 shots like to heavy steps coming from the main stairs and then suddenly the absolute silence. 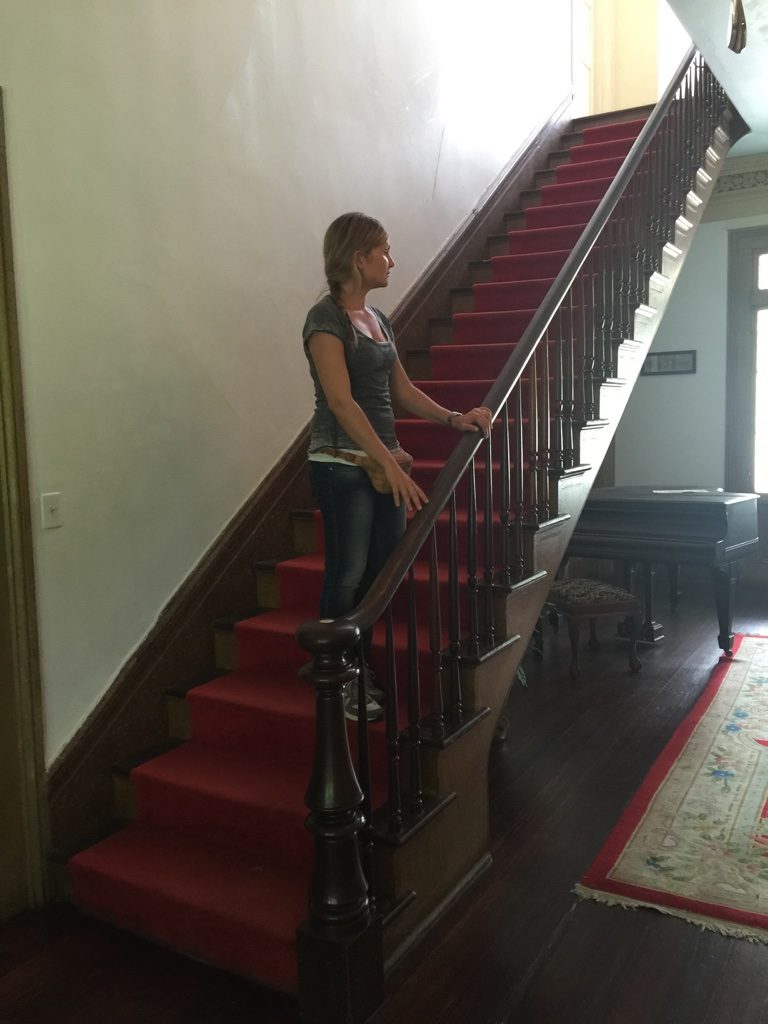 The main stairs where William died

A quite creepy house. Always according to Morgan, often the piano starts playing alone. Here it seems two spiteful children dead due to yellow fever enjoy themselves jerking the visitors’ trousers and skirts; if you stare too long at a girl portrayed in an old picture in the dining room, it seems she starts moving her eyes; a lady of the first 1900s, abandoned at the altar and suicide victim in a room on the second floor, brushes the hairs as far as she touches the visitors’ earrings staying in that room. 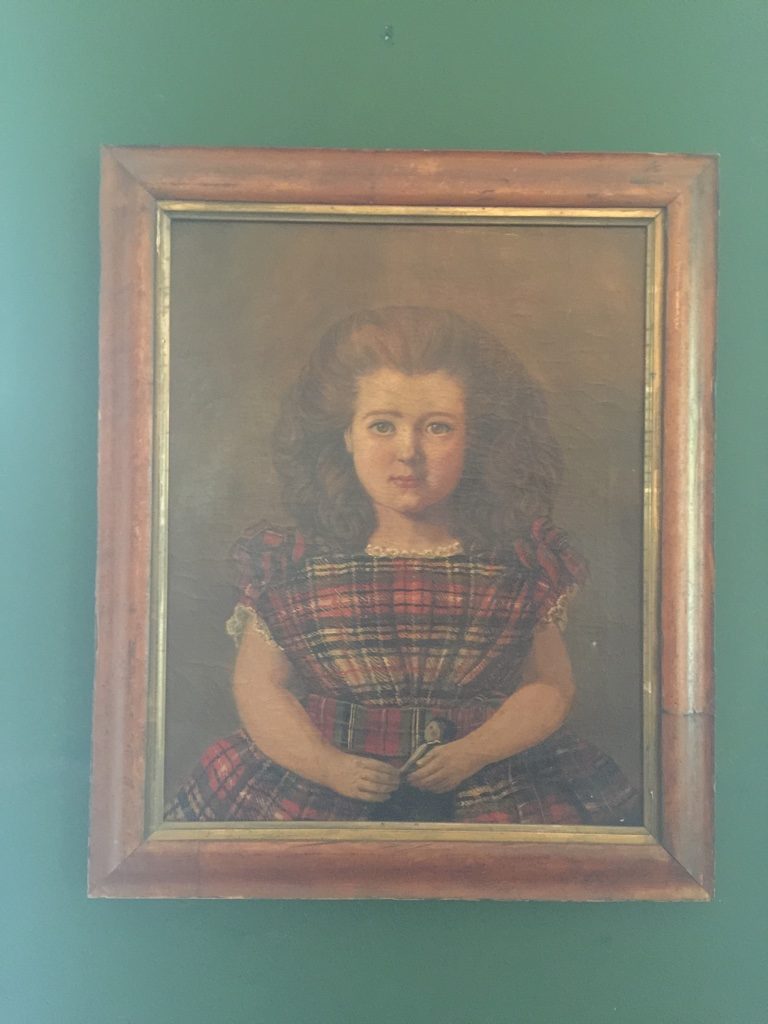 The picture that comes to life 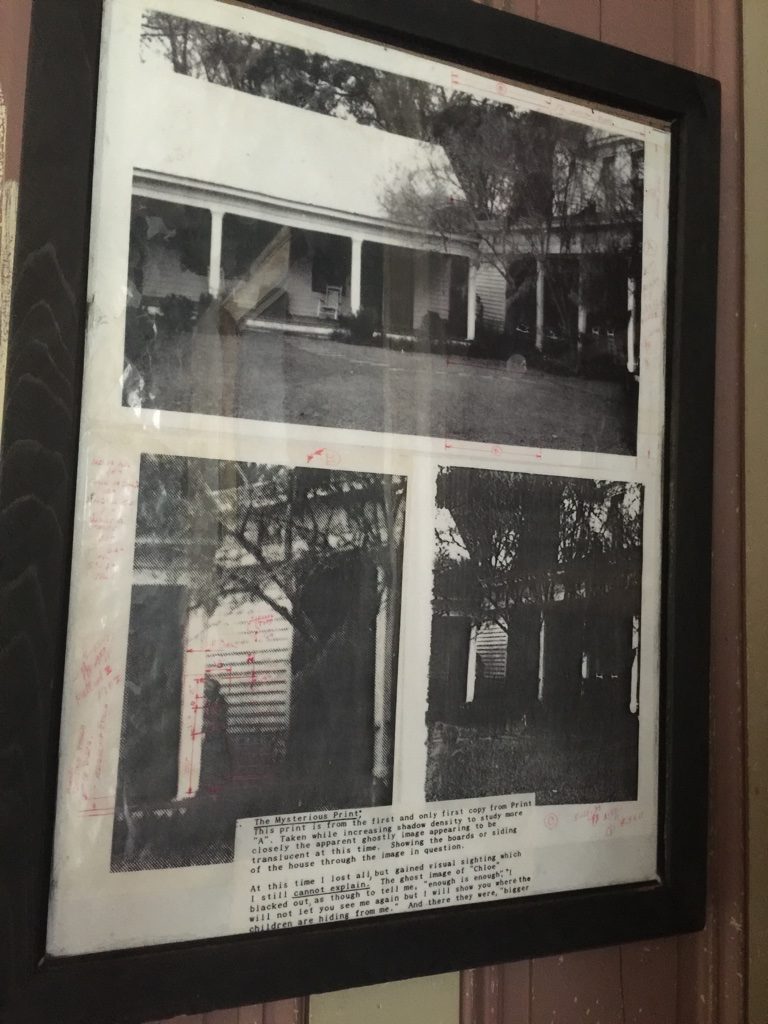 The ghost of Chloe

Any surprise know at the end of the visit that many tourists sleeping upstairs of Myrtles Plantation spend half of the night in their own car. On the contrary, a lot of wonder verifying that, in spite of this, when leaving they are all enthusiastic of the experience lived.

It’s impossible to deny that both the main manor and the old General Store and the neighbor landscape have a certain charm. When you enter you perceive the past and I think it’s inevitable giving up also a bit to suggestion due to the stories of the skilled guides. 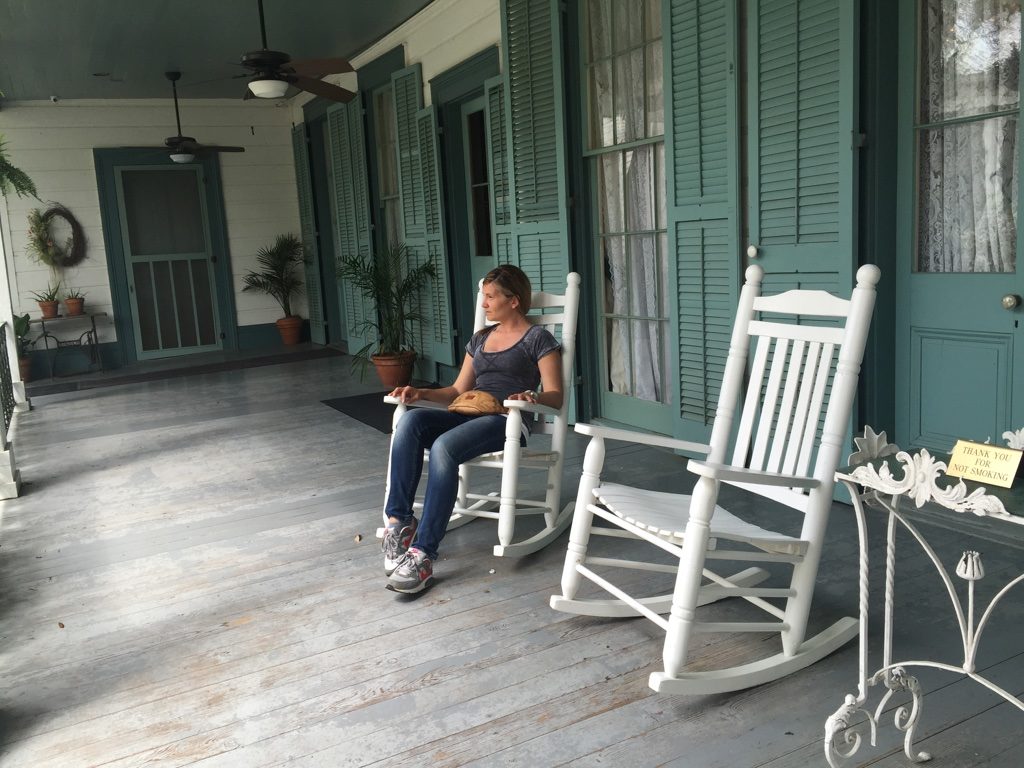 I confess to felt uncomfortable in some environments and to have asked for accelerating the visit in order to go out as soon as possible.

A tour to have, whatever are the stories told even only for the feel of re-living in stops and starts fragments of a time far, for the manor itself which has very beautiful insides and for the wonderful park enveloping it.

The choice is yours – courageous I think: deciding to stop also for the night. In this case, then tell me how it was. I wait curious for the story about your experiences. 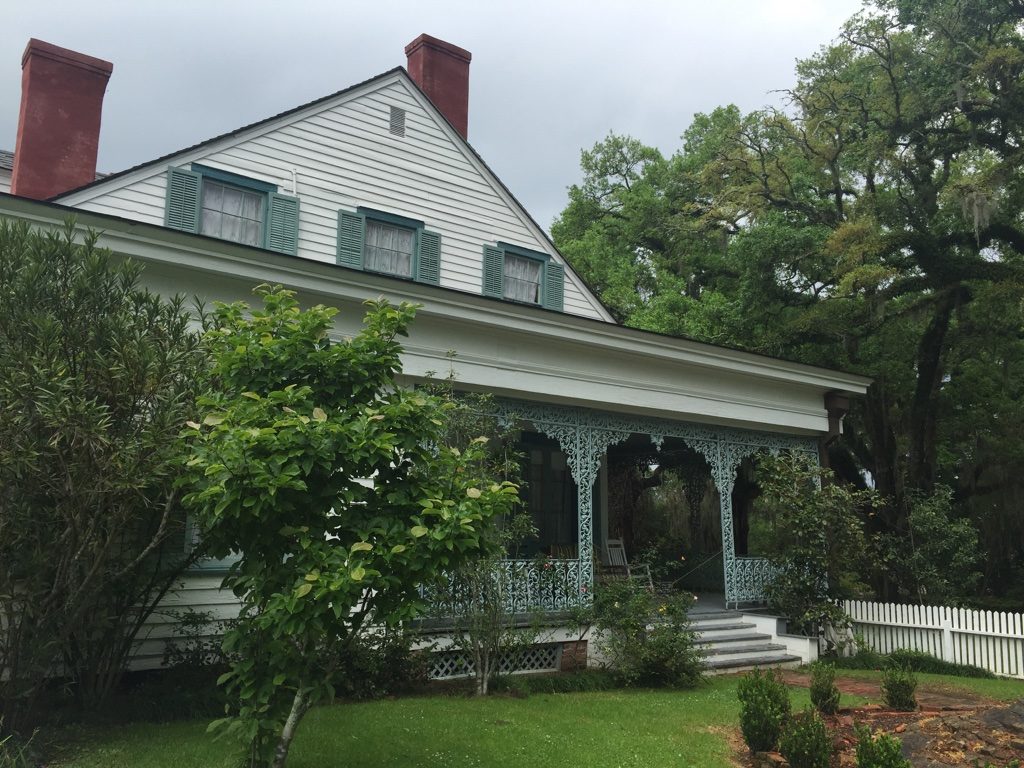 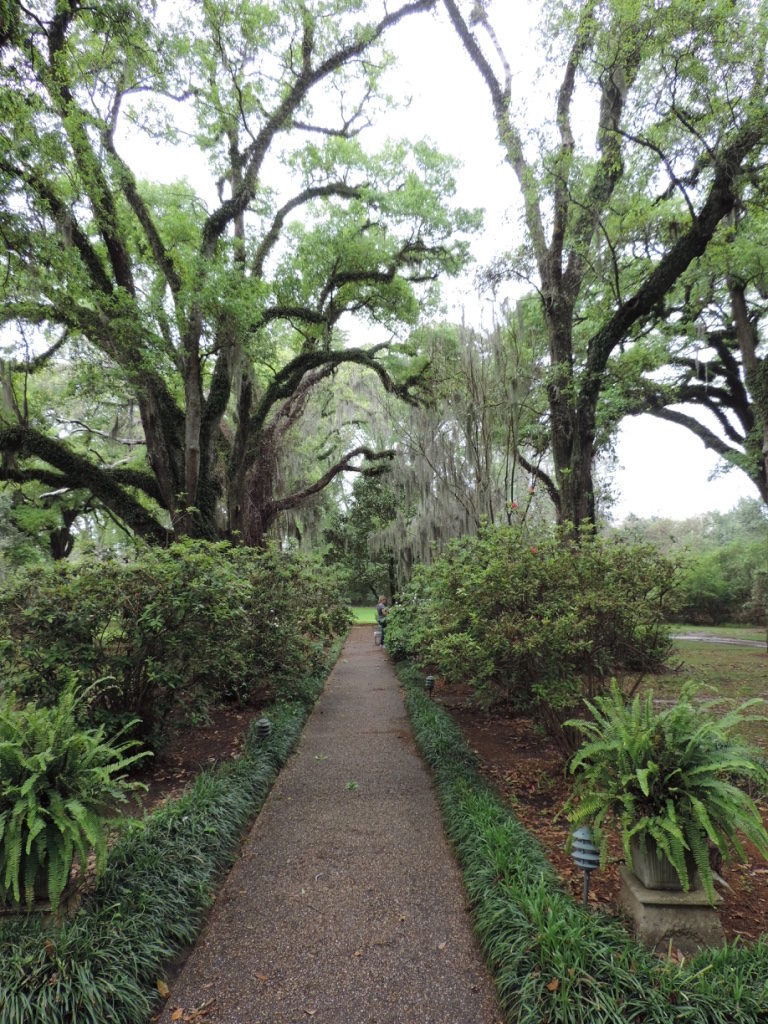 Views from the garden

It exists different types of tours, included the night ones dedicated specifically to the search of phantom 12 ghosts. You find them here together with the timetable and the prices, definitely ridiculous compared to the ones related to the stay overnights which you find clicking here. The breakfast is served at the near General Store. 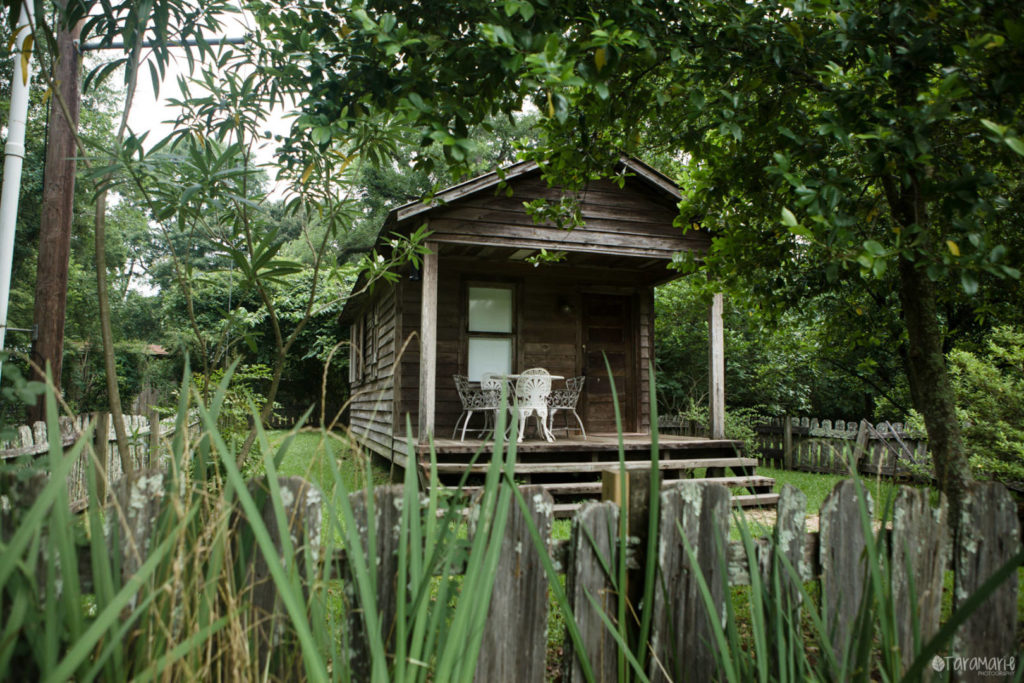 One of the Cottages

In the high season and near the weekends, anyway it’s better to always book in advance the possible stay overnights and the tours chosen, above all if they are the night ones, which are usually subjected to popular demand.