5 places to travel to in 2019 to the United States: a selection of itineraries – in part unusual and definitely original – to discover the most authentic and surprising states

End of the year, for many people time to take stock of their own life.

For me – and above all for the really many travelers who love the States like me – time to start thinking about the travel experiences to do in the new year.

Time to reckon new itineraries and paths and to make involve by festivities and particular celebrations which could make the stay in the USA even more special and authentic.

Time to tell you about 5 places to travel to in 2019 in the USA, with a series of ideas and tips as a result of my “experience on the field” of 20 years, by now. And about some unique events not to be missed to take part into. 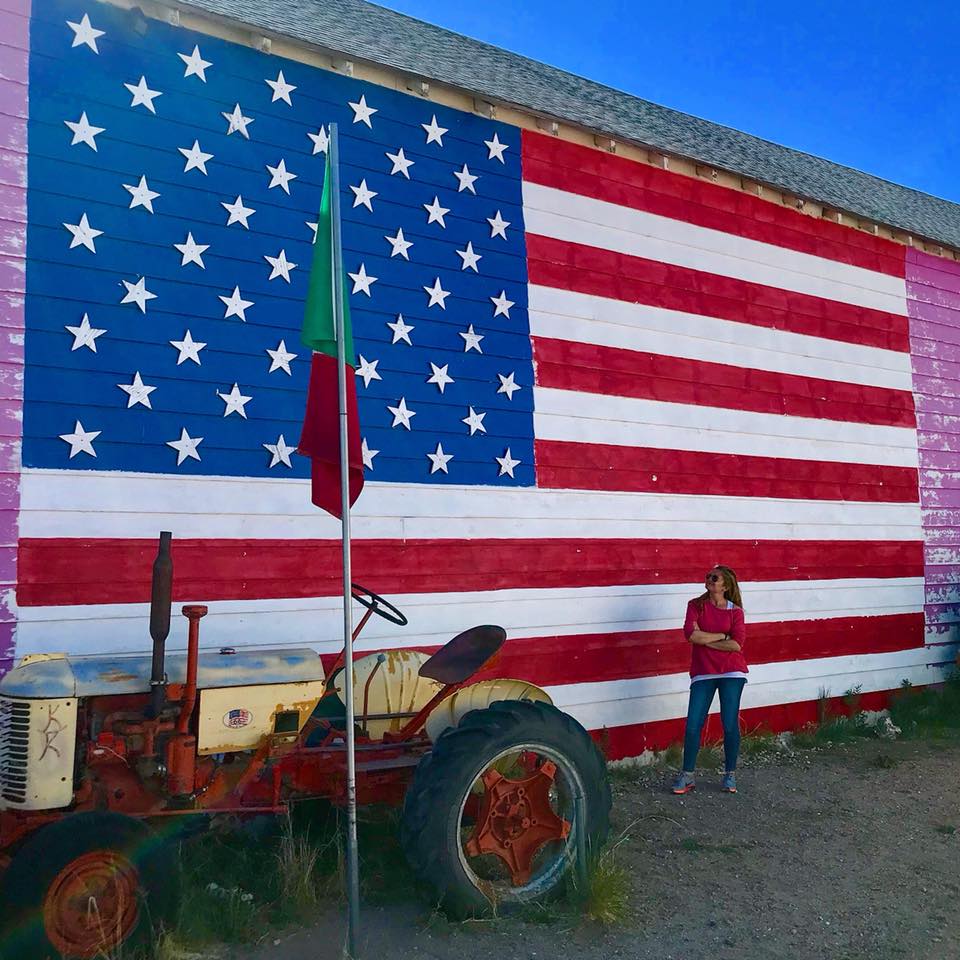 “America is not like a blanket – one piece of unbroken cloth, the same color, the same texture, the same size.

America is more like a quilt -many patches, many pieces, many colors, many sizes,

all woven and held together by a common thread.”

5 places to travel to in 2019: on the road on the American music – and historic – roads, from Chicago as far as New Orleans

For the States also 2019 will be a year dedicated to music, its thousand shades and creative difference of the several ethnic groups populating them, with a particular attention to the locations and sites – usual and unusual above all – to discover and explore.

Brand USA celebrates this mood with a special video of the artist Aloe Blacc dedicated to the several music genres born in the United States. Morgan Freeman is the narrator.

“Among the many on the road to do to the United States there’s one exciting me particularly. A special itinerary I had the chance to do many times and that gathers in itself many small paths and different experiences, that one many people call the Roads of Music, from Chicago as far as New Orleans.

A wonderful and unusual journey discovering the roots of the American music – I mean blues, jazz, rock, country and much more – and the history tied to the Mississippi River and the old South of the United States, among antebellum plantations, cotton fields, legends and soul food. 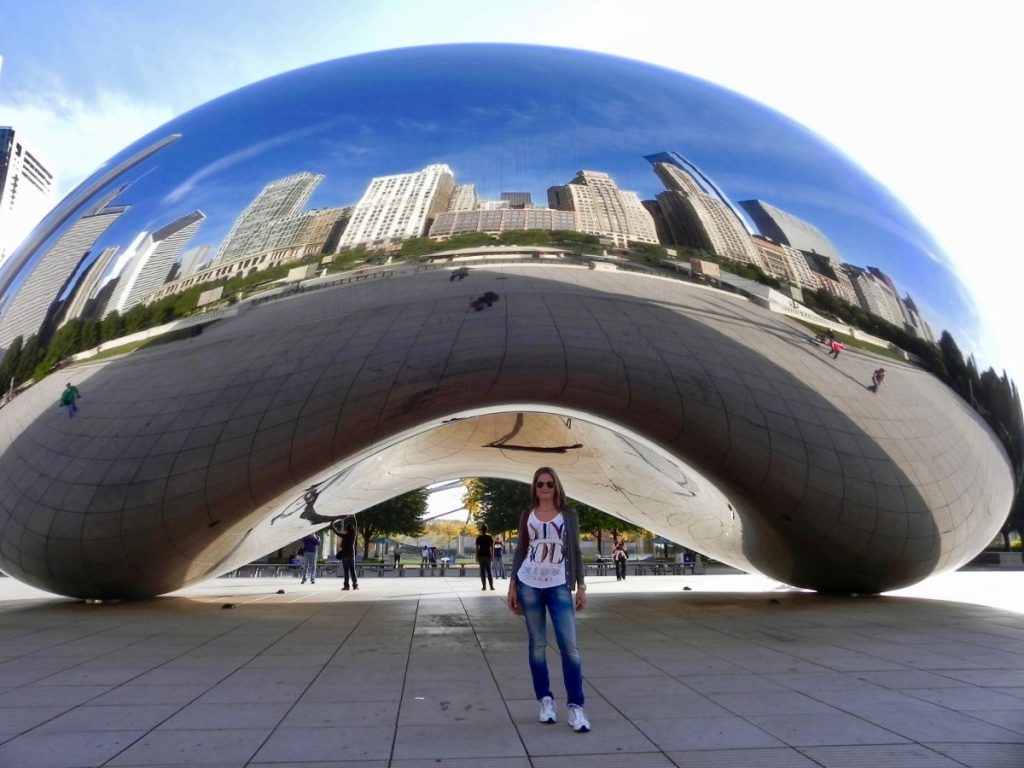 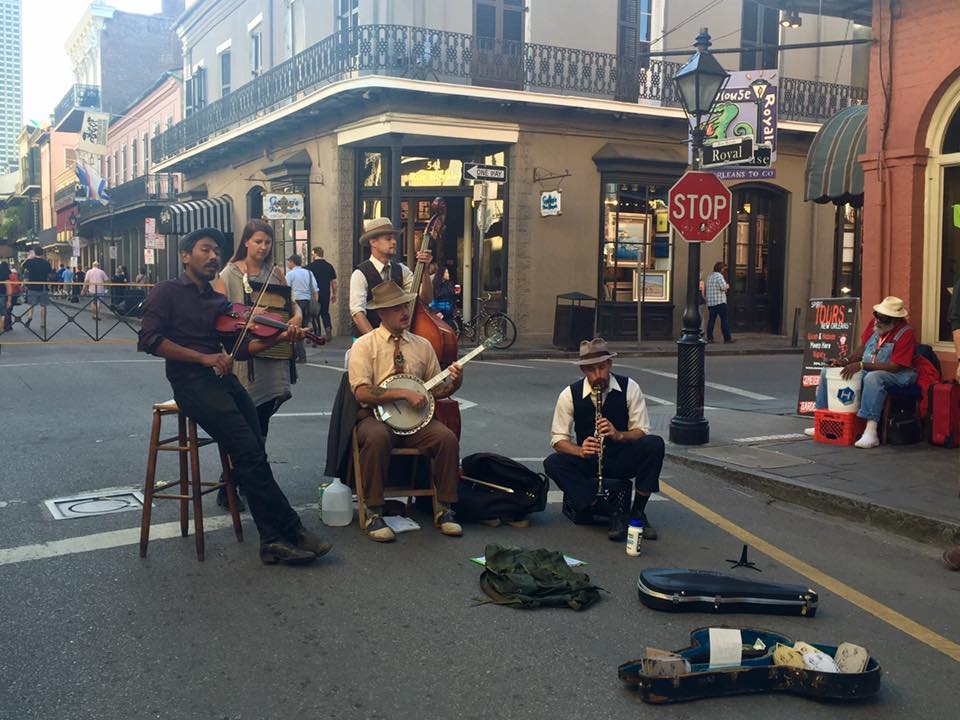 About 2000km, from the big cities as far as the small towns, through even 5 states – Illinois, Missouri, Tennessee, Mississippi and Louisiana – suggestive backgrounds, unforgettable landscapes and three historic roads intersecting so that they can be covered in traits.

The Great River Road following the entire flow of Mississippi River form Minnesota as far as Louisiana, the Blues Hwy 61 accompanying the whole route from Chicago as far as New Orleans, and the ancient Indian path linking Nashville to Natchez – the Natchez Trace Parkway.” 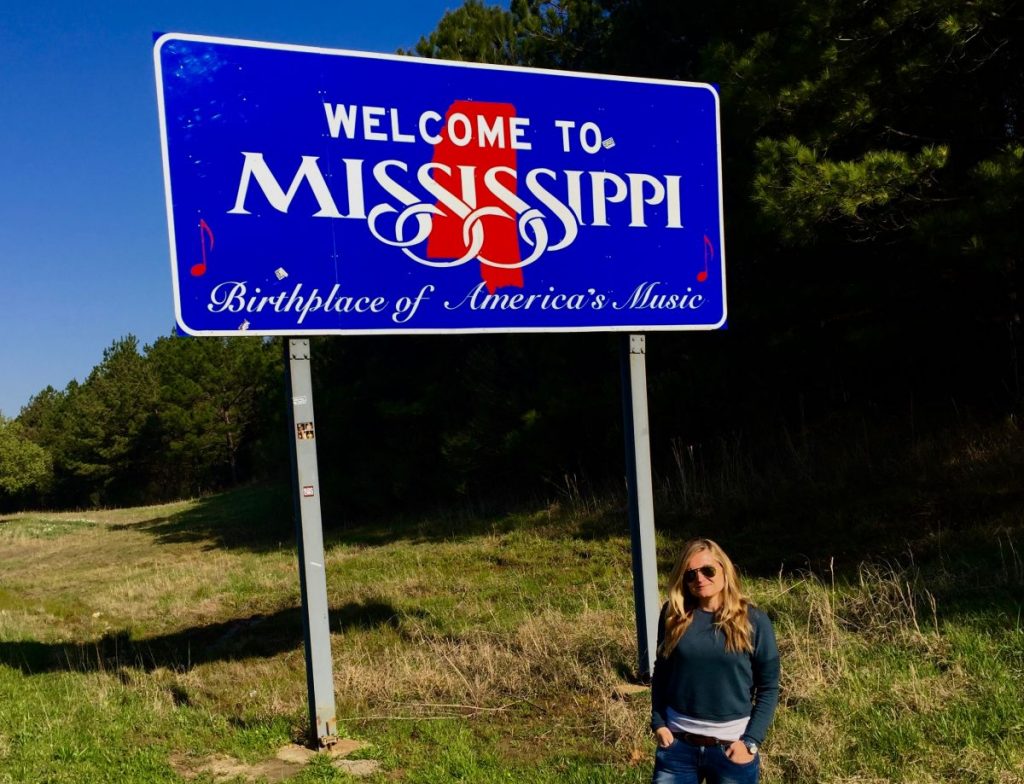 Itineraries United States: from Chicago as far as New Orleans, the Mississippi State 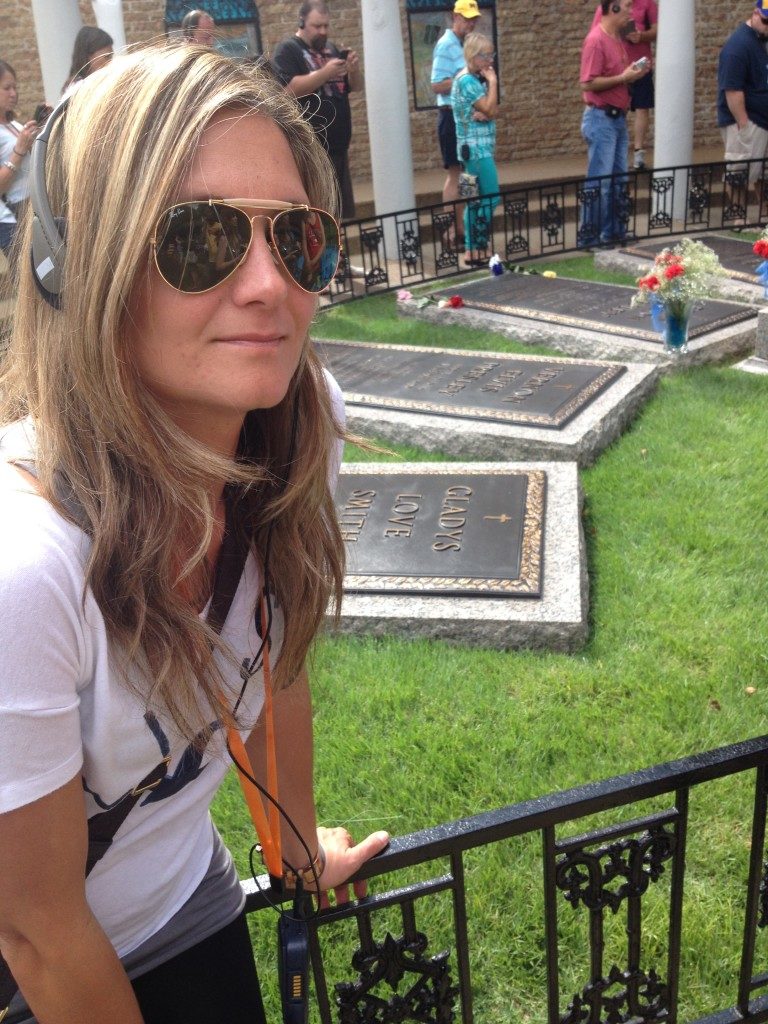 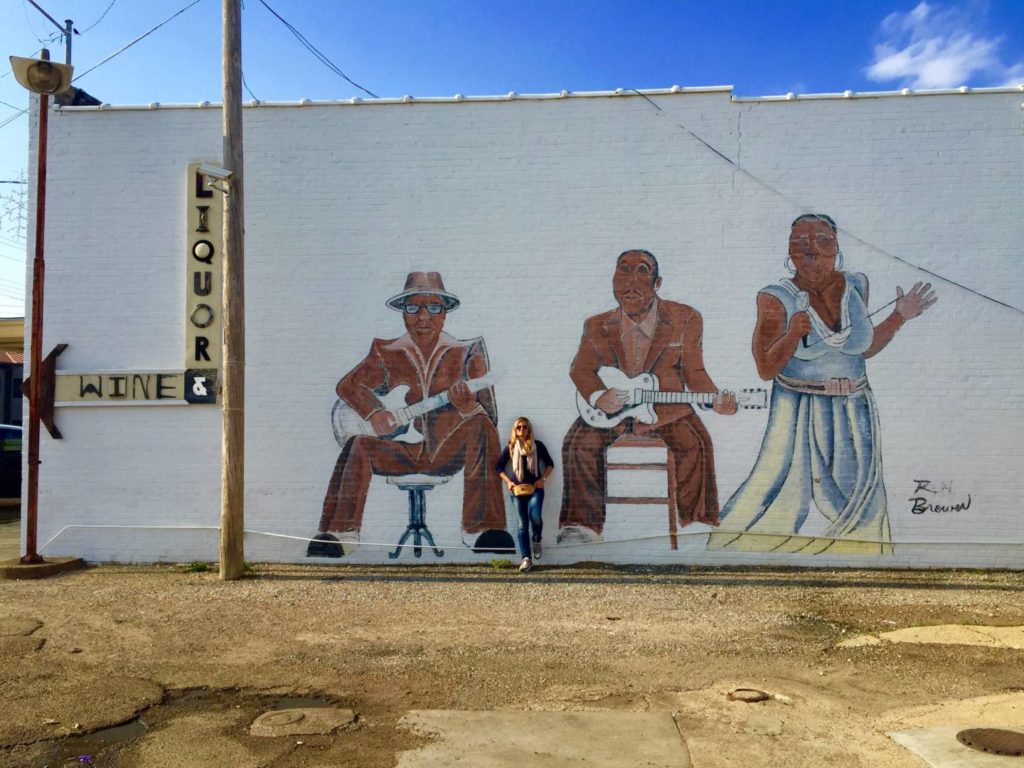 5 places to travel to in 2019: the locations to visit in order to celebrate the 50th anniversary of the man on the Moon

50 years from that first exciting and unforgettable walk on the Moon, when the astronauts of the Apollo 11 Mission Neil Armstrong first and Buzz Aldrin immediately after, coordinated by Michael Collins in the Operation Module – set foot on the Moon, blocking – literally – the entire world in front of a radio to follow live the moon landing and listen to Armstrong’s first words… “That’s one small step for a man, one giant leap for mankind.”

For many of us an emotion felt only though books and vintage short films.

Emotion that can be revived visiting some of the NASA’s locations where the most important moments of the “Moon Rush” took place.

Maybe admiring live the Saturn V – the rocket of the Apollo Missions – the LEM Armstrong and Buzz landed on the moon by, reviving in the original operations room the most exciting missions and the places where the astronauts were “prepared” for the Moon. 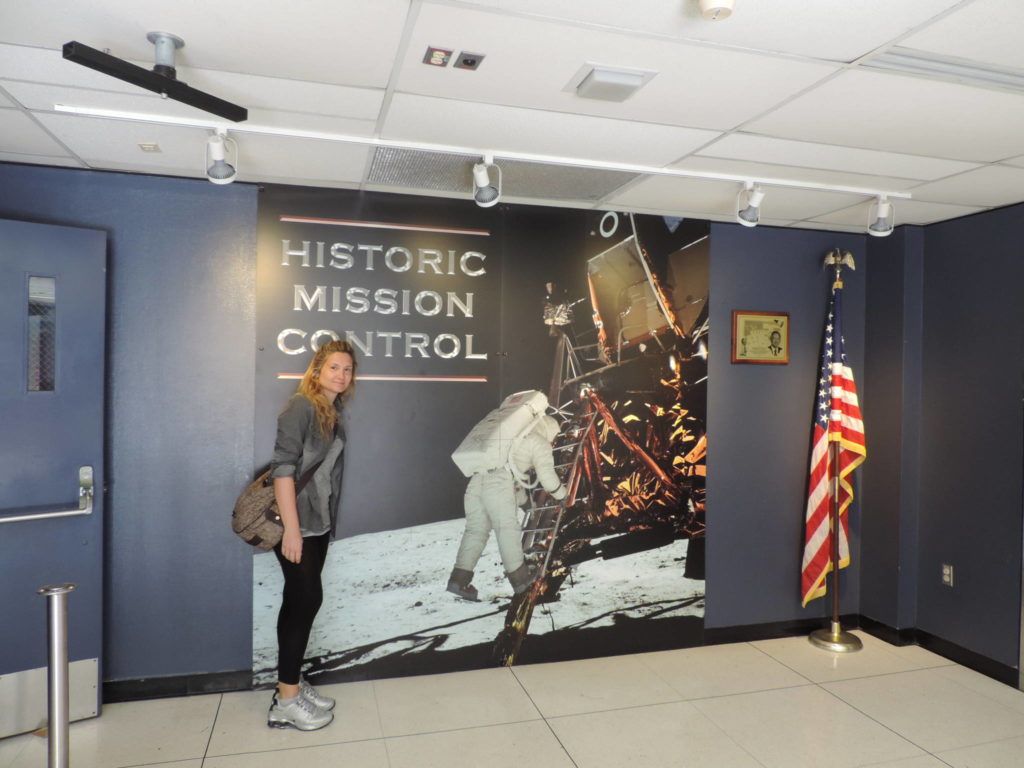 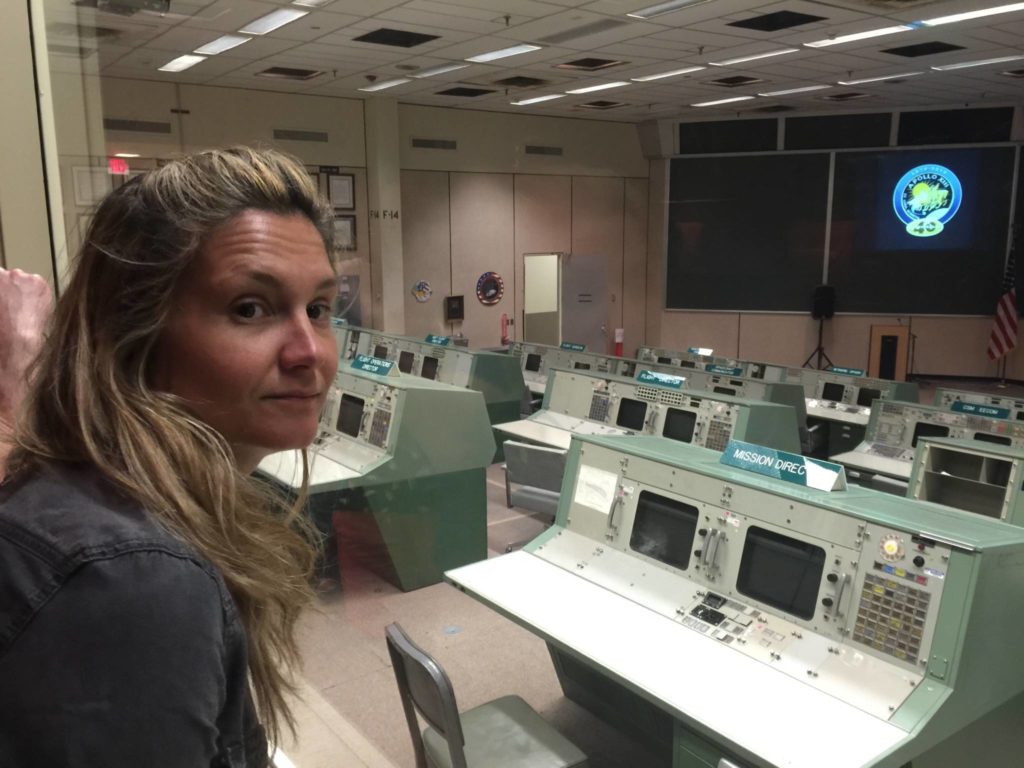 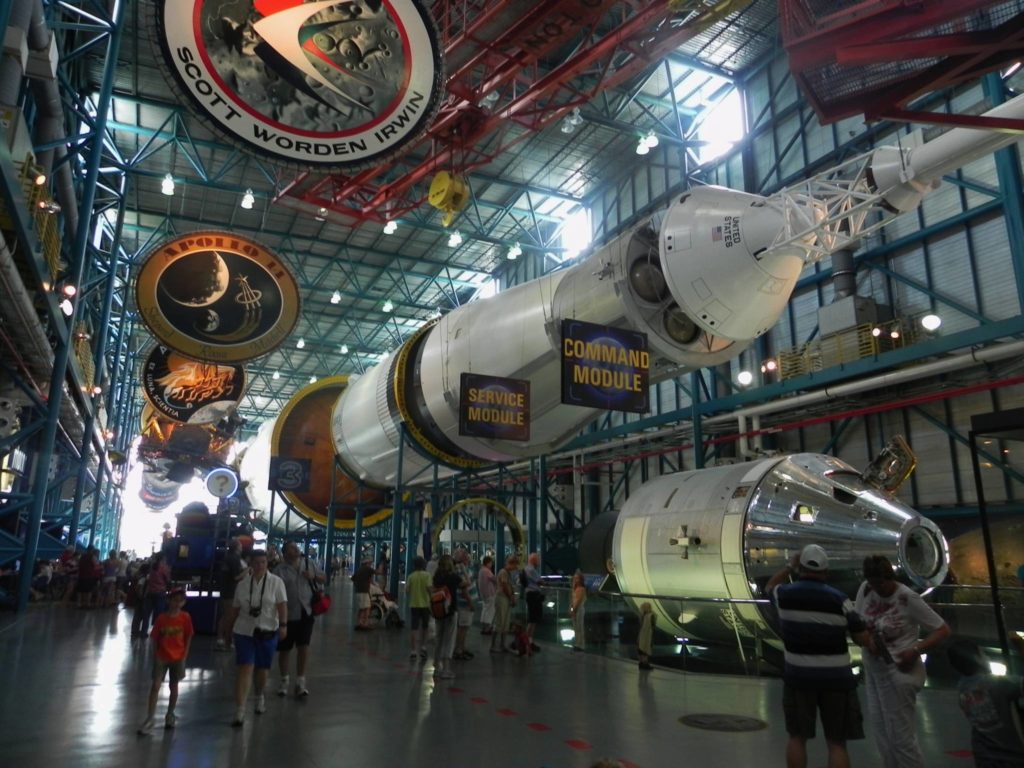 Down here you can find a list of the most important sites of the USA, all can be visited – due to their geographical position, many of them can be easily put in an on the road to the States – with deepener link to click on and discover the details of the tour and the curious issues. 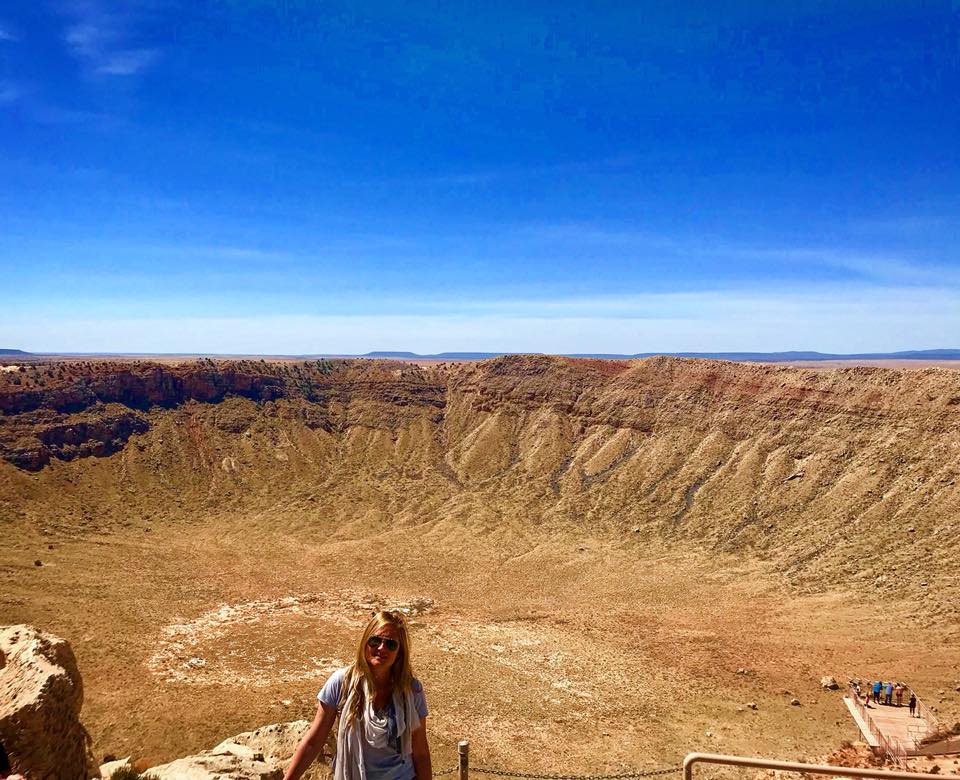 5 places to travel to in 2019: all the beauty and the emotions of an on the road discovering the Northern Pacific

An unusual and very beautiful road trip through the two main states of the Northern Pacific: Oregon and Washington State.

A journey that can be widened adding also a part of the Northern California and Western Canada. 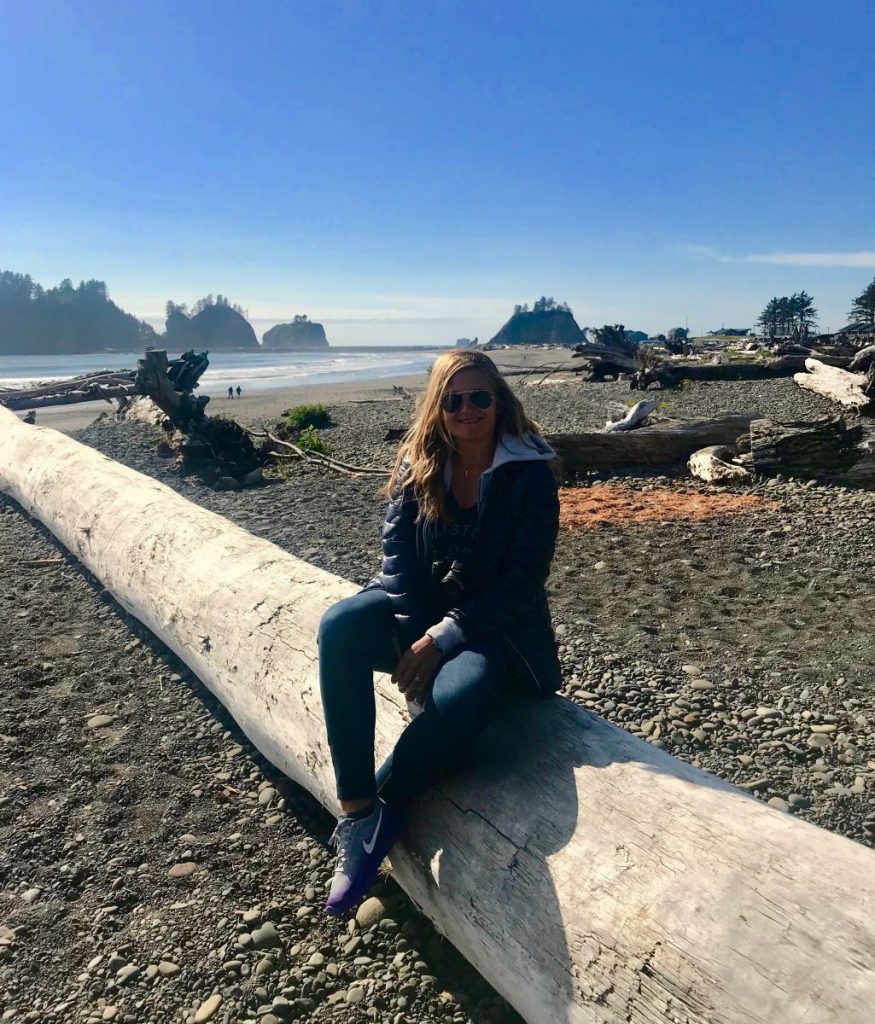 United States tour: an unusual (and very beautiful) journey throughout the Northern Pacific

“Why decide to set out on a journey through the Northern Pacific? For the landscapes and the wildest and uncontaminated nature that right in these territories seems to have done its best.

For the roads straight on the Pacific Ocean, the small towns along the coast, the lighthouses and the fishermen’s communities and the cowboys, farmers and lumberjacks’ ones of the inside at the same time, to cover again the paths traced by pioneers – like the Oregon Trail –and find oneself in the middle of nothing admiring starred skies, dawns and sunsets unlikely imaginable.

For the cultures of the local natives, so unique and charming and so unlike the ones of the most famous tribes of the Southwest at the same time. And for the many movie locations bounded to unforgettable TV series and cult movies.

For National Monuments and Parks, downright nature wonders, like the Olympic National park, Mount Rainier, the Painted Hills, Crater Lake and many other surprising places that – unfortunately or fortunately – are not present in the texts and suggestions of the most used tourist guidebooks.” 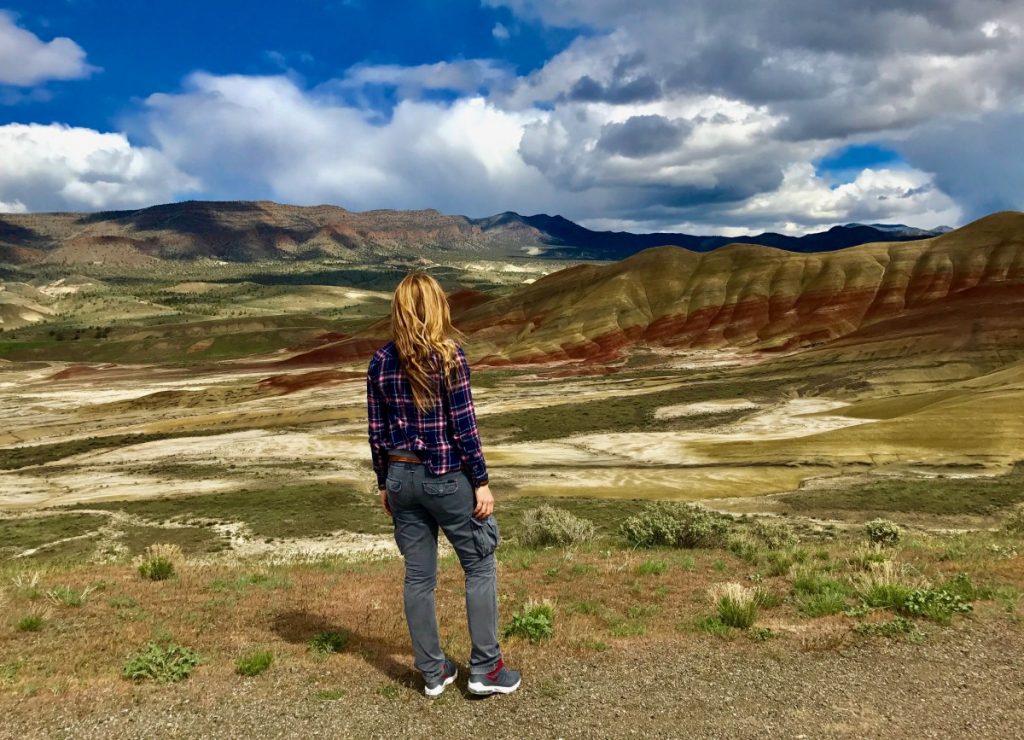 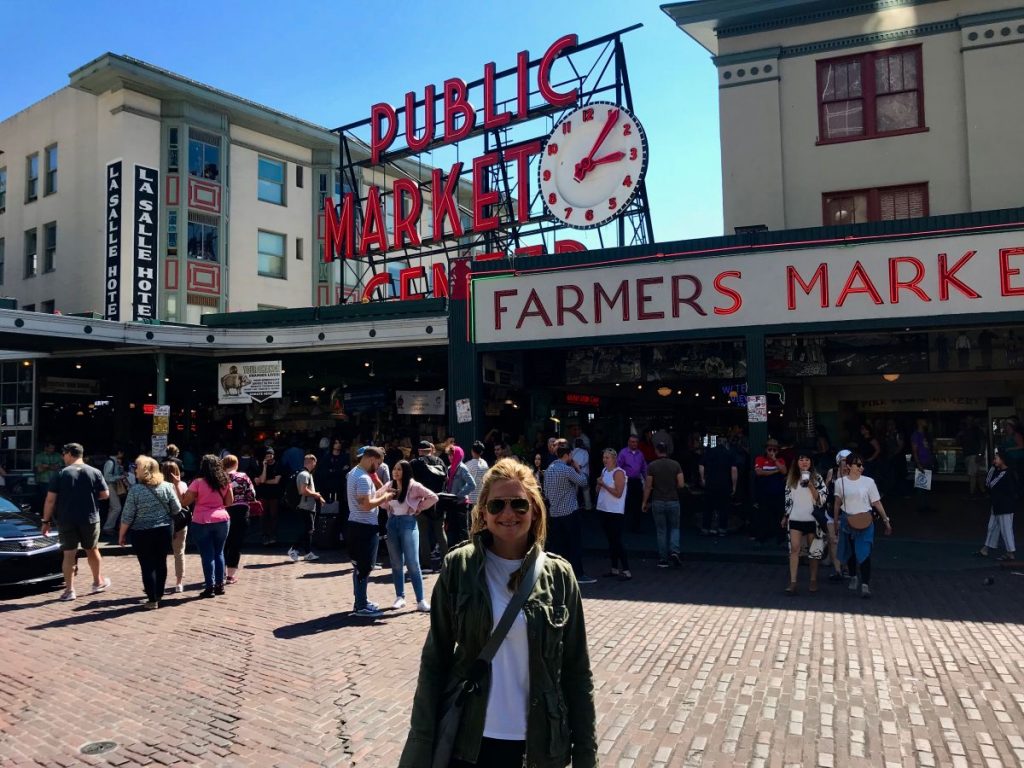 10 things to do in Seattle and in the neighborhoods: enjoy an afternoon at the Pike Place Market

5 places to travel to in 2019: U.S. Virgin Islands, the “American” Caribbean you don’t expect

The U.S. Virgin Islands return to life, raise again, reopen to international tourism after the terrible period they got through due to the devastation caused by the Irma Hurricane in Fall 2017.

With an incredible effort in a year they came back to their splendor. What better chance – for travelers fond of unusual States – to visit (and so support) this amazing USA Territory? 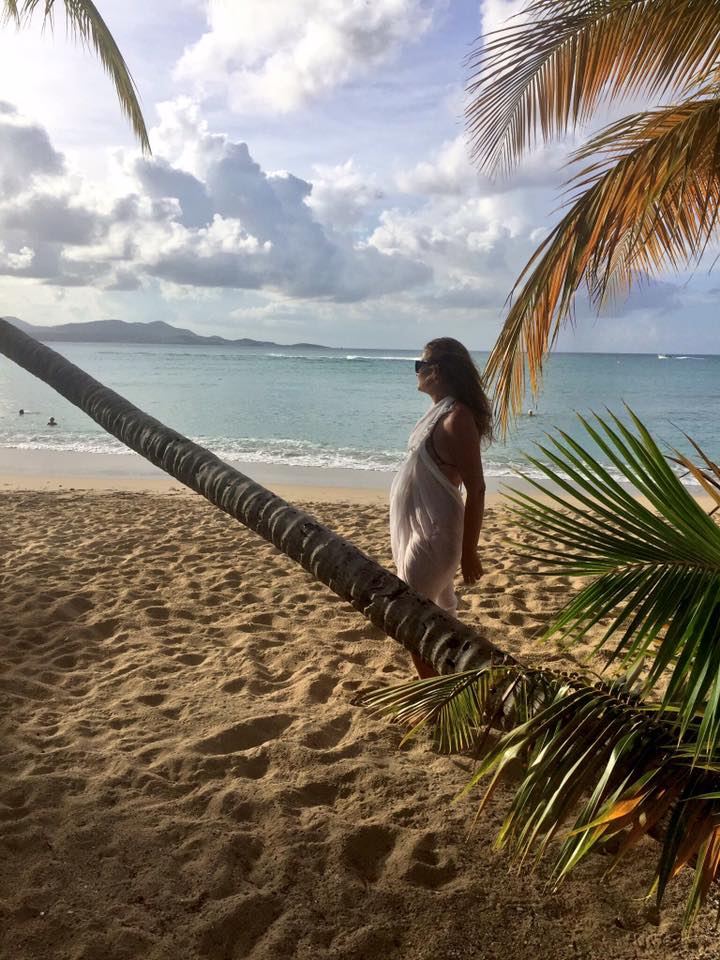 “Why choose to visit the U.S. Virgin Islands? For the turquoise, the blue and the dark blue of the sea neighboring them, of course. For the sand – in some traits very fine, granular in other ones – of its very white beaches, among which even three listed among the 10 most beautiful ones in the world by the National Geographic.

For one among the most wonderful coral reefs of the Caribbean, for the hot weather (generous even in Summer) and for the sun that is always able to get through the short, refreshing storm in the rain season. For the uncontaminated nature that right in these islands seems to have done its best.

For the colonization that followed one another, the rebellions of the black slaves of the ancient platforms which took to these lands – even before than America – to the abolition of slavery, an event that people celebrate still today during the Emancipation Day.

For the pirates’ and buccaneers’ era who have made of these islands their berthing for years and for what this involved over centuries, filmography and literature included.

For the melting pot of cultures and traditions, a mix of ethnic groups and savors.”

Click here for the complete reportage, island by island, stages and info included. 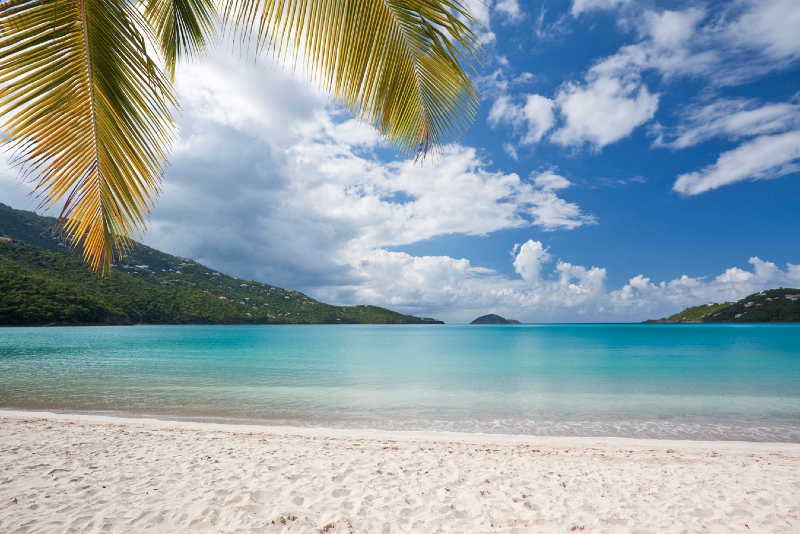 What to see in St. Thomas: Megen’s Bay Beach 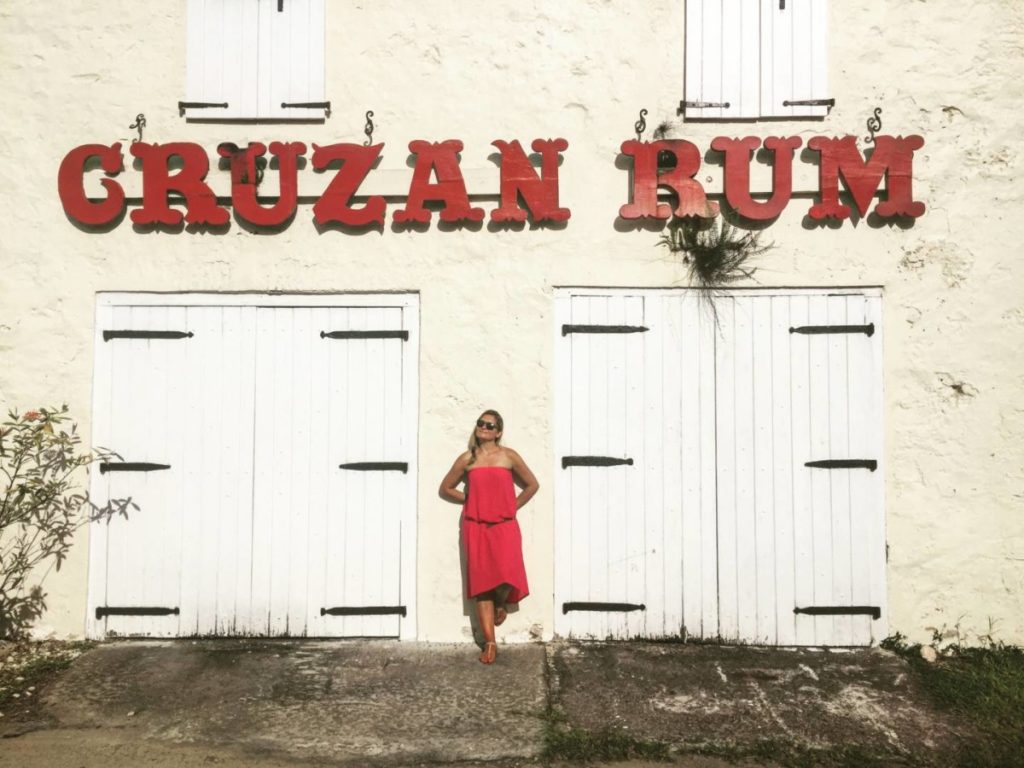 5 places to travel to in 2019: from New York as far as the Hudson Valley to celebrate the 50th anniversary of Woodstock

2019 for the USA will be a year of celebration.

After the one about the man on the Moon, in August – from 15 to 18 precisely – there will be another important 50th anniversary to celebrate, this time dedicated to the lovers of “rock…peace and love.”

That one related to the Woodstock Festival, which took place in 1969 in the small rural town of Bethel, in the New York State. 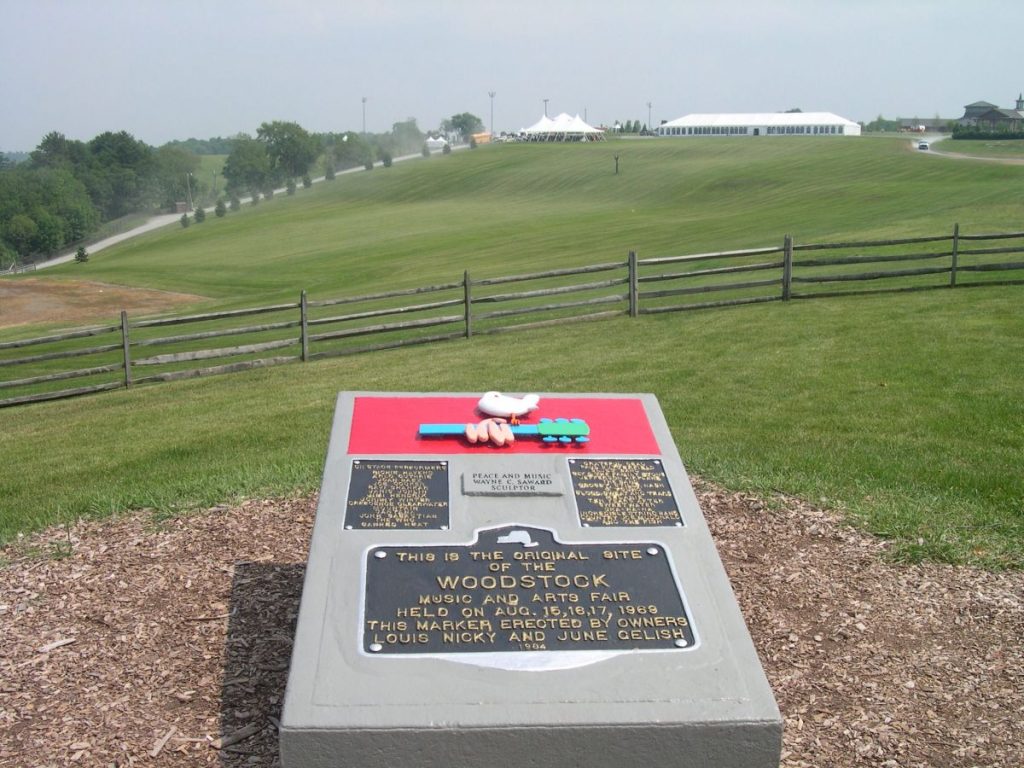 Tours outside New York: Bethel, the field where the 1969 festival took place, then called Woodstock

The greatest gathering that history of rock could remember!

Not many people know that both Woodstock – the nice small town made famous by the concert – and the Bethel plain where the downright concert took place are about three hours by car far from New York, wonderfully set in the amazing Hudson Valley.

My tip is to plan a 2/3 days’ road trip from New York – here the complete itinerary – to discover the whole area, rich in places to explore, and visit Woodstock, maybe right during the celebrations in 2019.

Find here any info about festival dates and tickets. 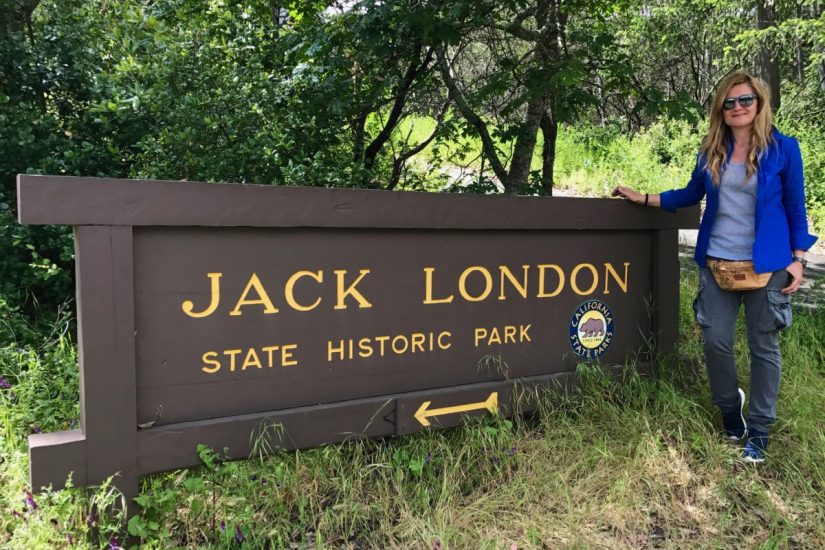 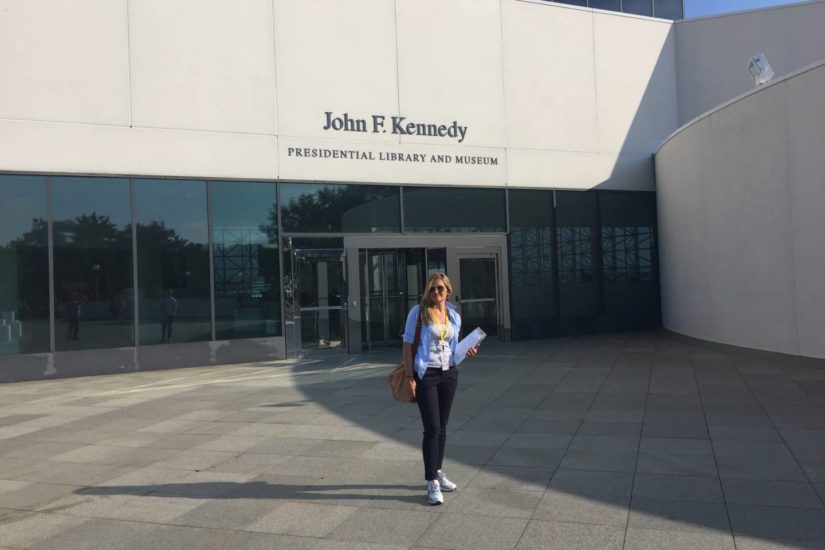 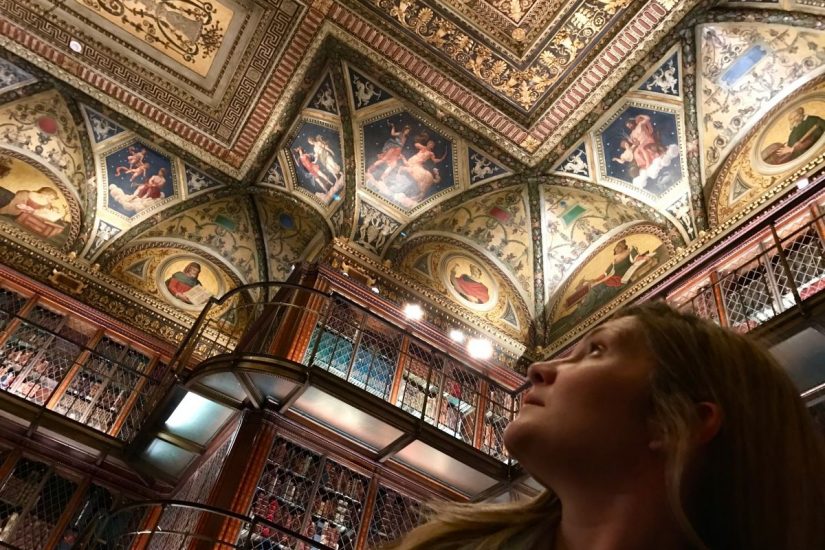