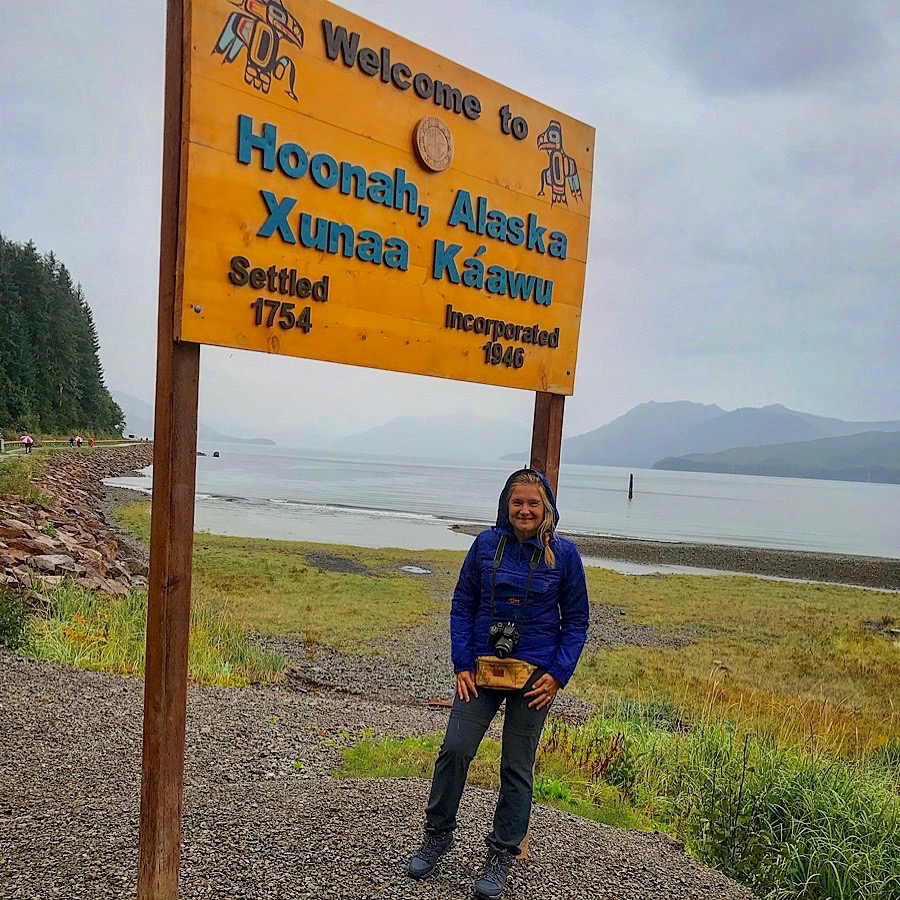 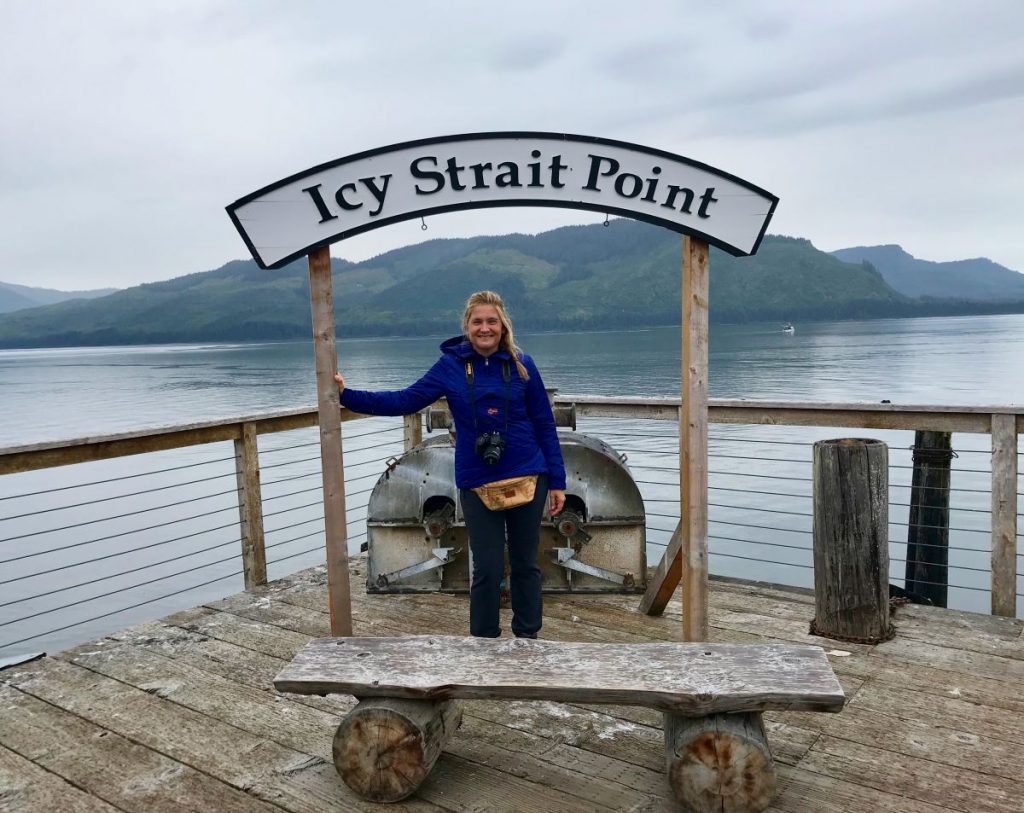 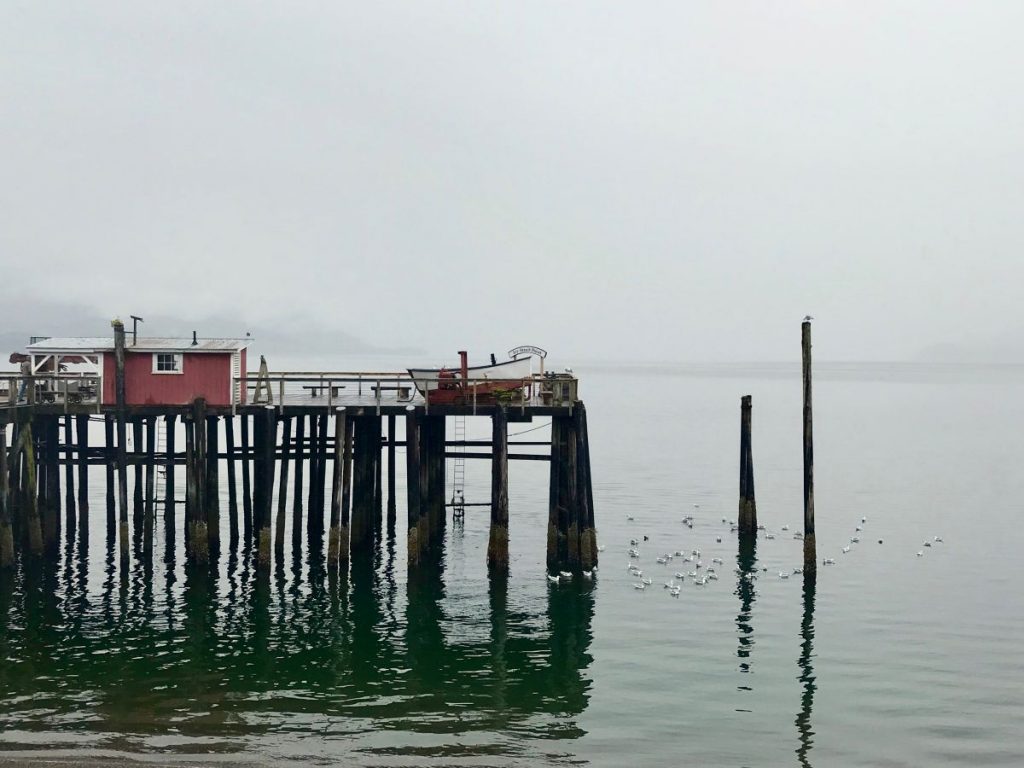 My first unforgettable encounter with Alaska occurred right through the Inside Passage, after two intense days of navigation.

From Vancouver, from the Canadian coast to the Alaskan one, arriving as far as Icy Strait Point in the Tongass National Forest – gate of the Last Frontier – and discovering the Chichagof Island (famous for having the highest number of brown bears per square miles in the world). And the suggestive village of Hoonah – where the most ancient community of Native Alaskan Athabaskans, the legendary people of the Huna Tlingit, lives – and exploring the amazing neighboring mountains and lagoons. 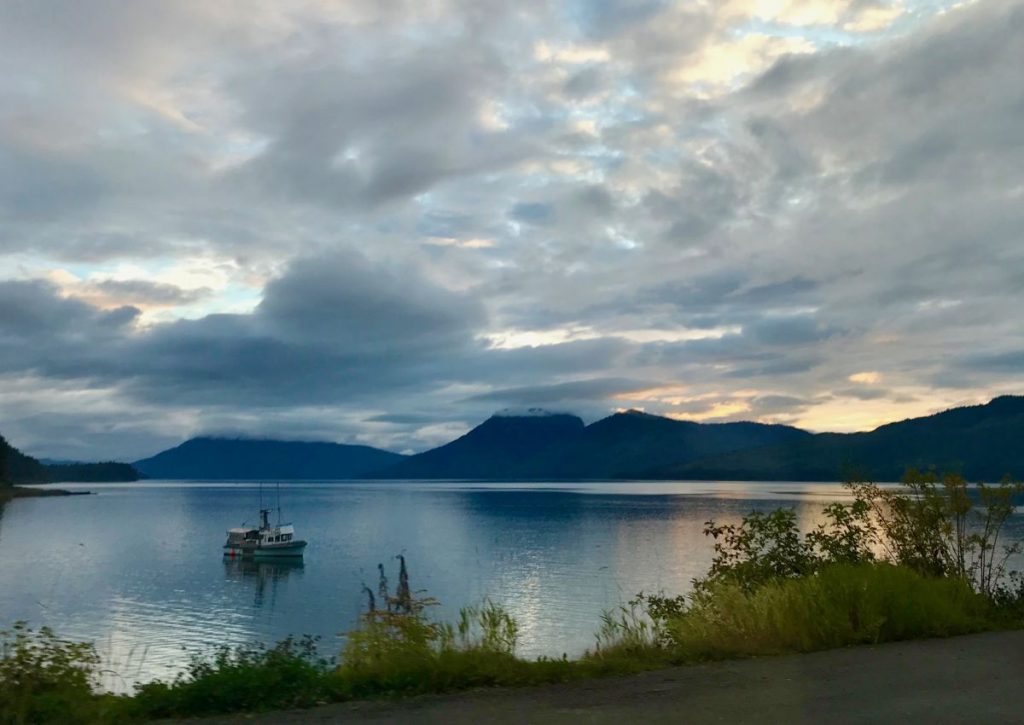 One among the most exciting stages of my journey to Alaska.

Still less famous from a tourist point of view – it is mentioned only in a couple of specific travel guidebooks in English – it is one of the most suggestive and authentic places explored during my navigation through the Alaska’s Inside Passage. 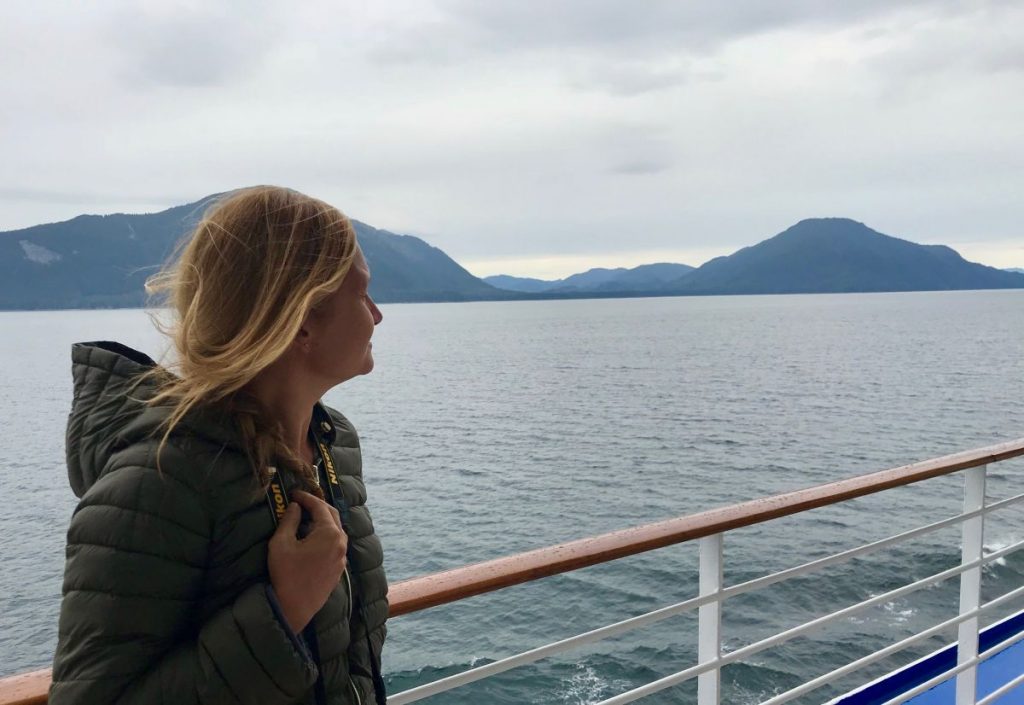 Navigation through the Alaska’s Inside Passage 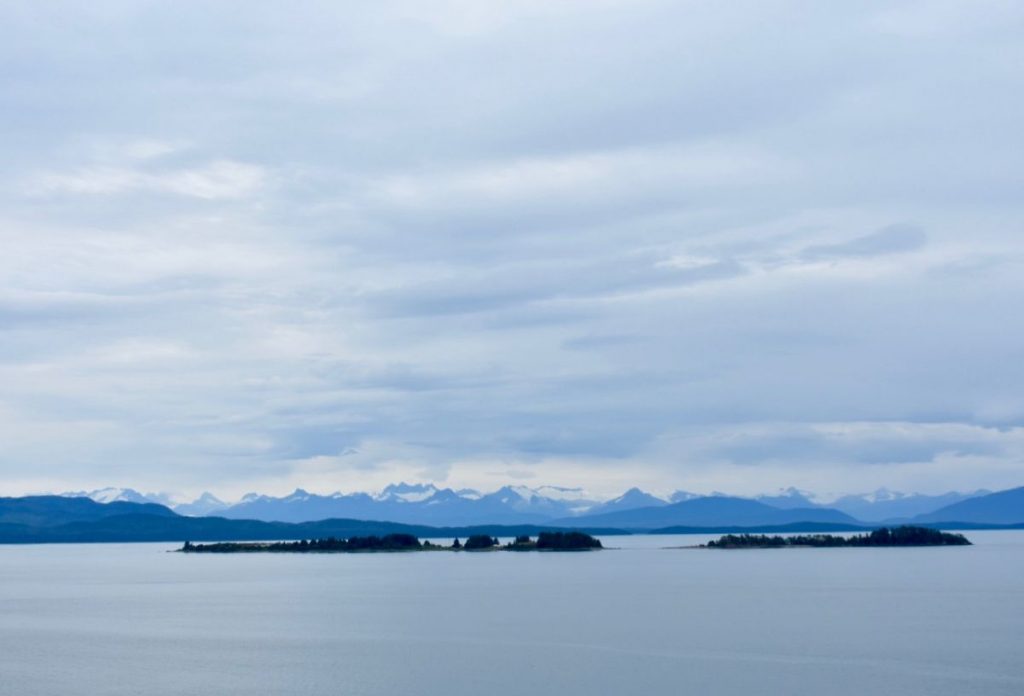 Alaska’s Inside Passage: navigation towards the Icy Strait Point and Hoonah

It absolutely deserves to be visited, above all for the chance to help concretely the local economy of the Natives Tlingit personally dealing with leading tourists and travelers to trekking, bears’ searching, exploring the island and telling them history, traditions and local legends. 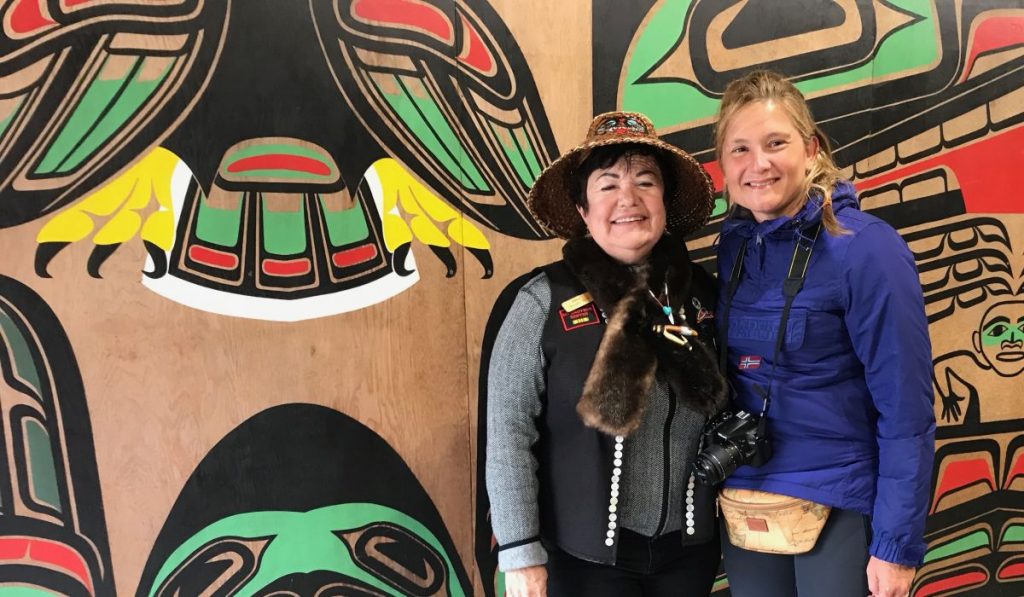 Alaska’s Inside Passage: the encounter with the Tlingit community

Alaska’s Inside Passage: history and legends of the Native Huna Tlingit, the mythical Glacier Bay inhabitants

The Huna Tlingit traditionally have occupied a big part of southeastern Alaska, from Yakutat in the north as far as Ketchikan in the south, for several thousands of years.

The oral tale of the tradition supported by the scientific discoveries confirmed that the Tlingit occupied and lived in the near Glacier Bay much before the last glacier era.

A site become their home, called “S’e Shuyee”, that is “at the limit of the glacier lime”.

On this strip of land between ice and ocean they lived hunting in harmony with the neighboring nature honoring the big sacred mountains: according to their beliefs here the spirits of their ancestors lived, and their access was protected by forests looking like labyrinths and watched by big black keepers – the brown bears.

From 1700s on, glaciers of the Glacier Bay grew remarkably arriving to invade their settlements. The several clans spread through the Icy Strait in order to survive, arriving as far as an inlet considered protected, in the northern area of the Chichagof Island. 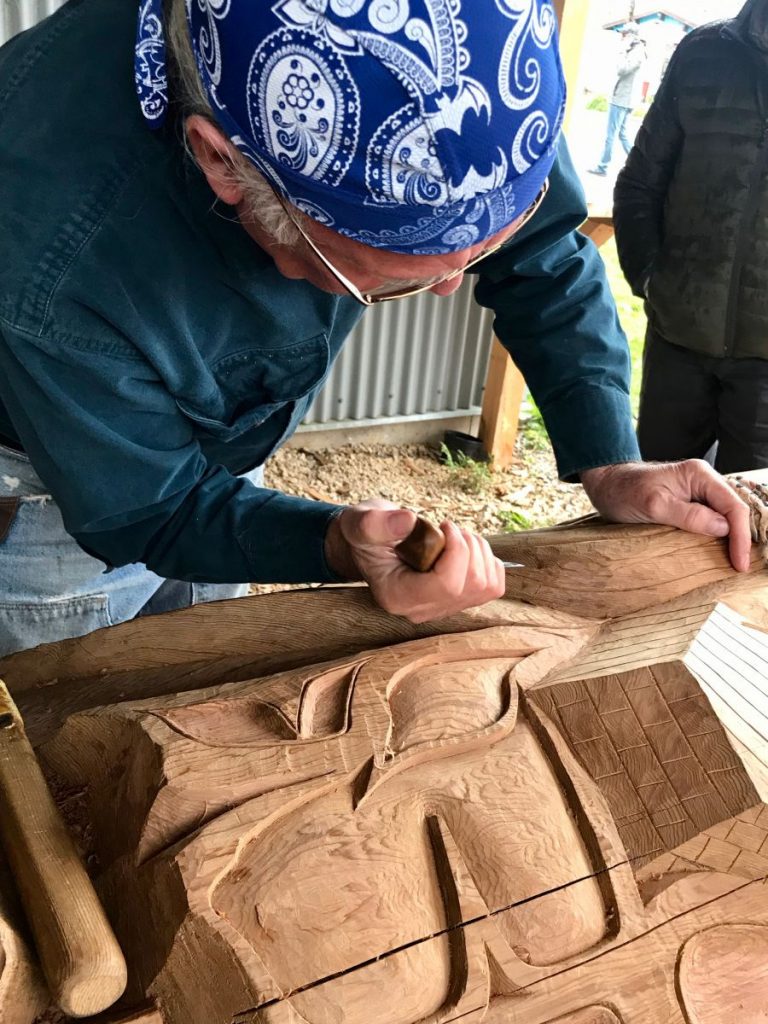 Alaska’s Inside Passage: a member of the Tlingit community working

They settled in the Xunniyaa village, “repaired from the wind of the North”, today known as Hoonah Village.

In a second time some clans – following the glaciers’ retreat – came back to their ancestral homeland renaming it “Eeti Gheeyi”, that is “the bay in place of the glacier”, but they however kept contact with Hoonah, over time become the real social and cultural center of the Tlingit.

Today, the Huna Tlingit still populate this land, faithful to their tradition keep their own culture and the ancient bounds between human being and nature and advance thanks to the thriving canned salmon trade and to the willing of telling their story to visitors and tourists who start arriving as far as here from the near Juneau, the capital of Alaska. 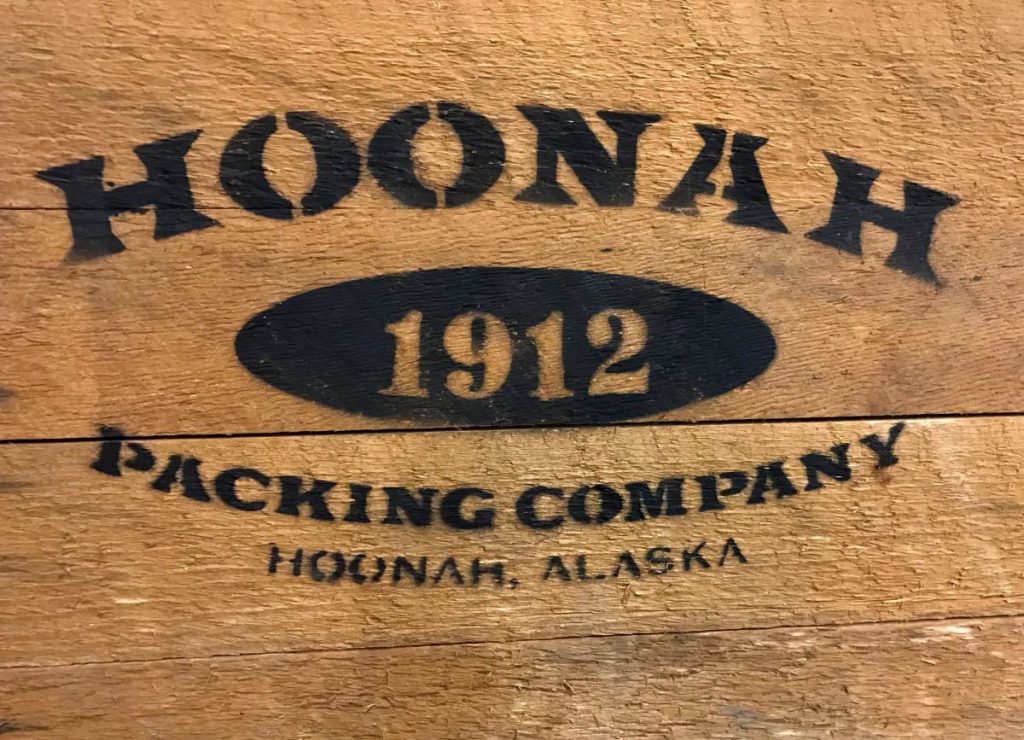 Alaska’s Inside Passage: the precious and lucrative working of salmon told in the Icy Strait Point Museum 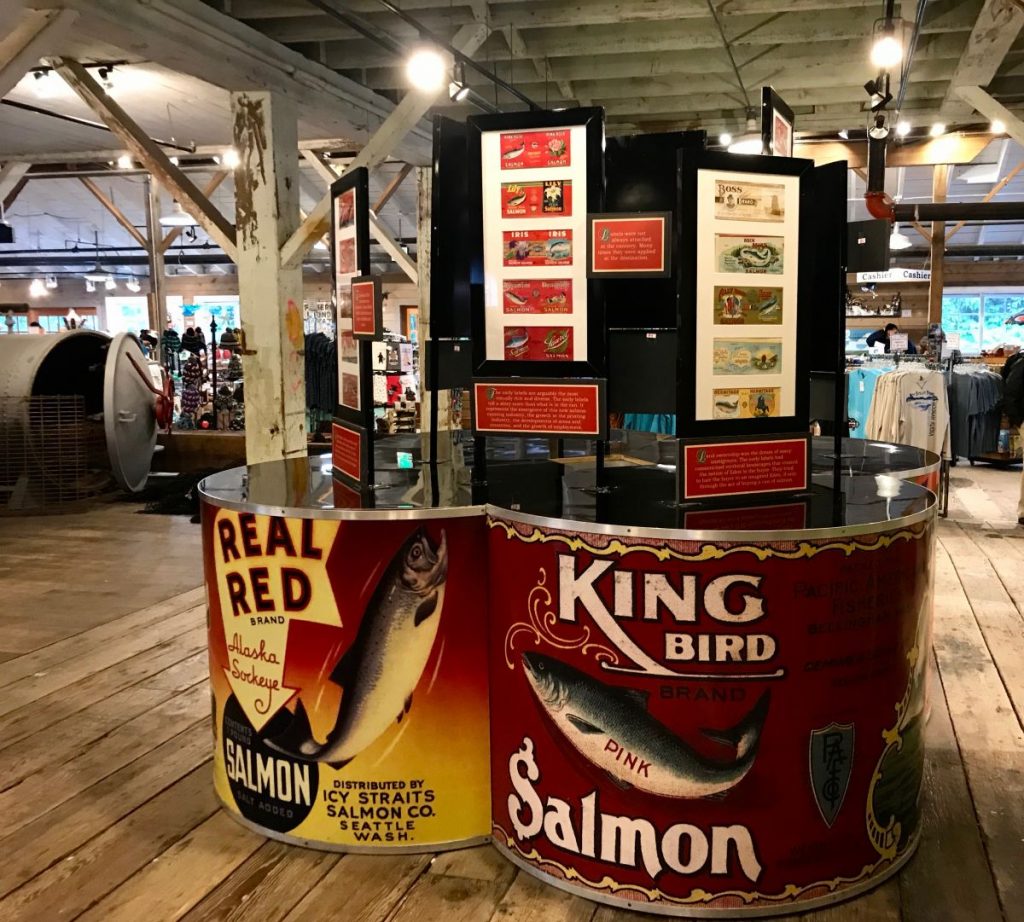 Alaska’s Inside Passage: the precious working of salmon told in the Icy Strait Point Museum

Hoonah – it means “village near the cliff” – is the greatest Tlingit settlement of Alaska.

You can rich it exclusively by sea or plane from Juneau, Anchorage, Seattle and Vancouver: it doesn’t exist any road that can be covered linking this land to the rest of the world.

Visit this land it means having the chance to discover its rich – and genuinely authentic – native heritage getting in touch directly with its active and welcoming community and admire the incredible wild fauna and the vast wildlife neighboring it. You know that from its bay it’s possible to admire whales and belugas by the naked eye, that the whole area presents one of the major concentrations of brown bears in the world and that the sighting is extremely common. 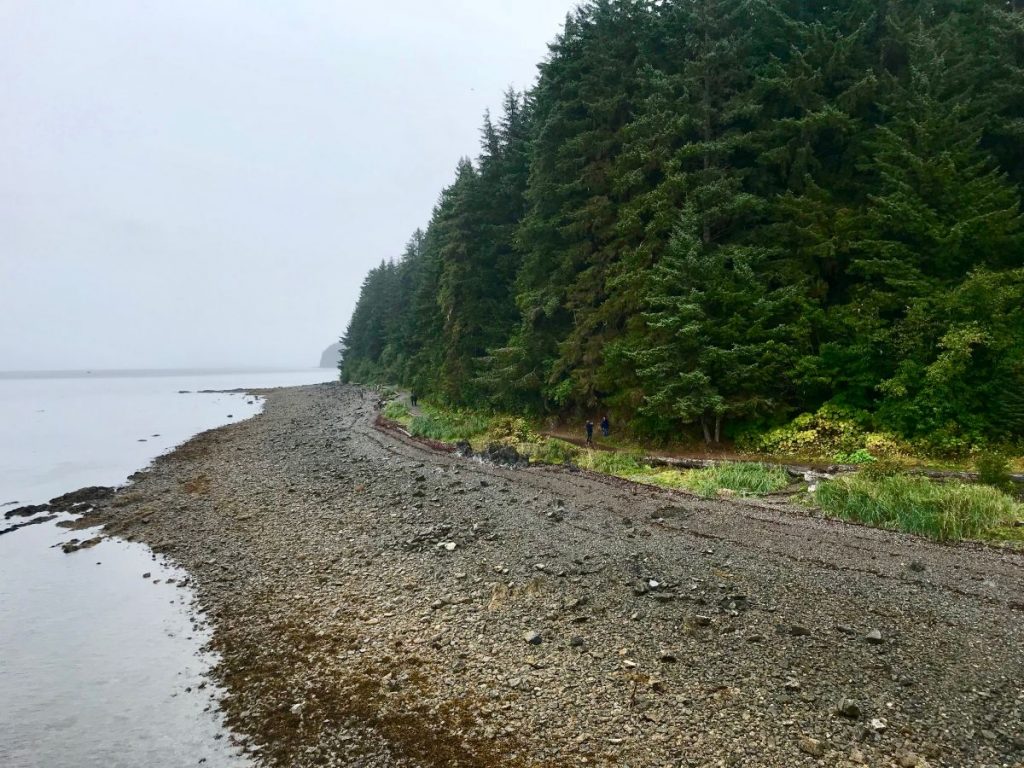 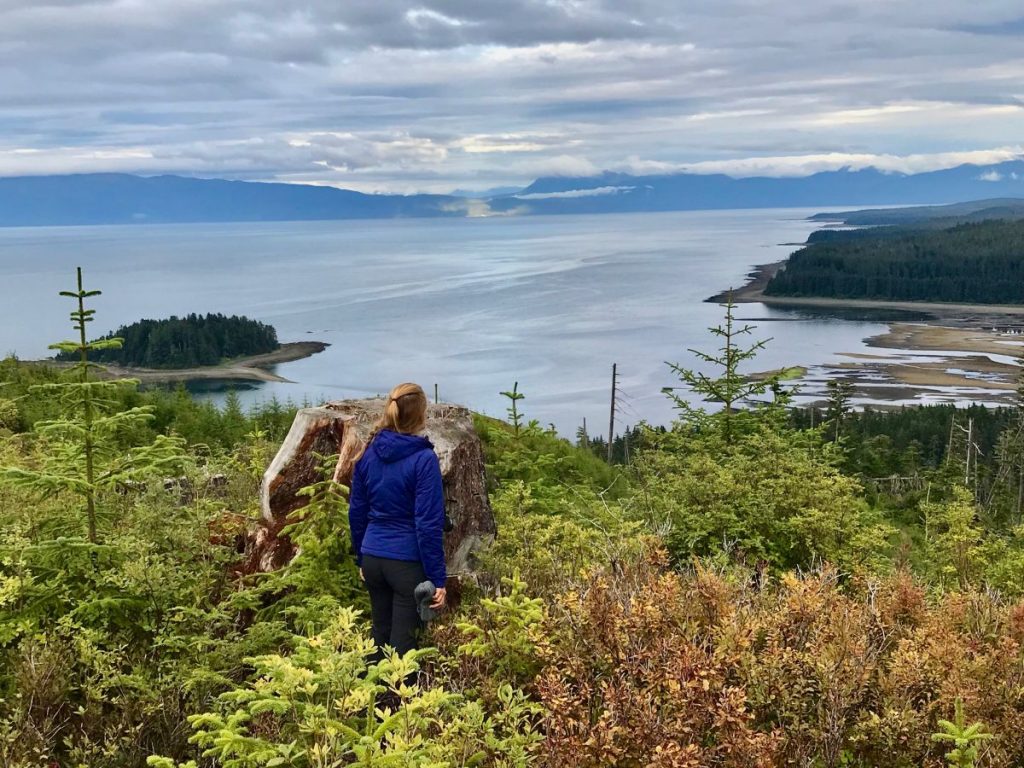 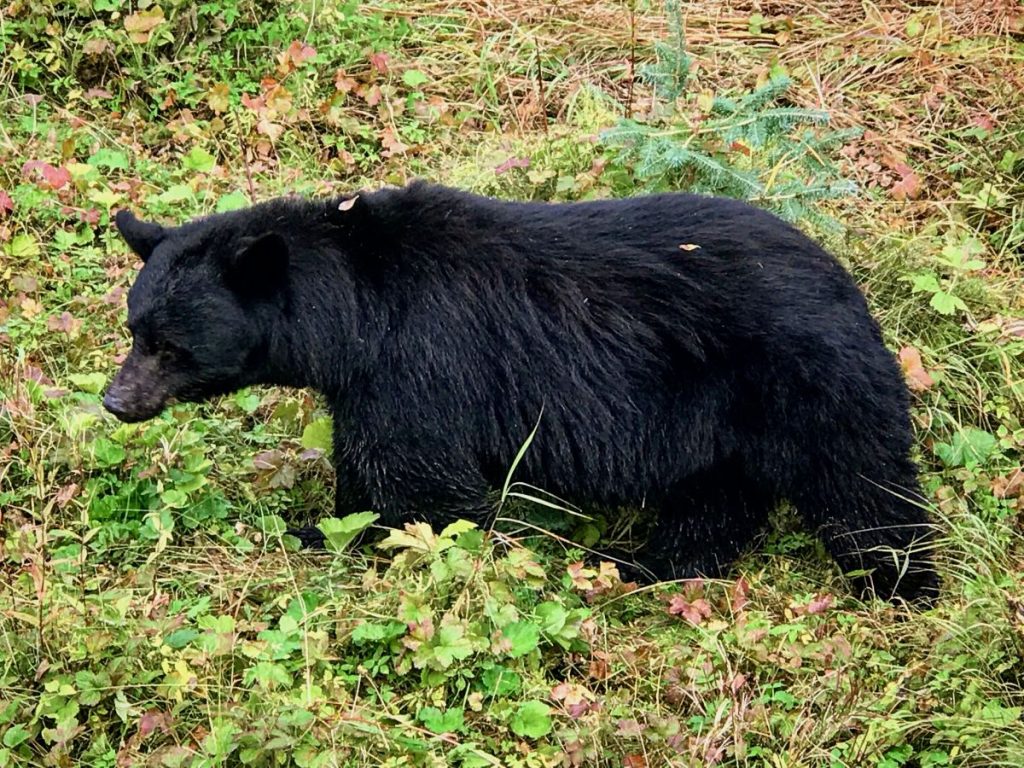 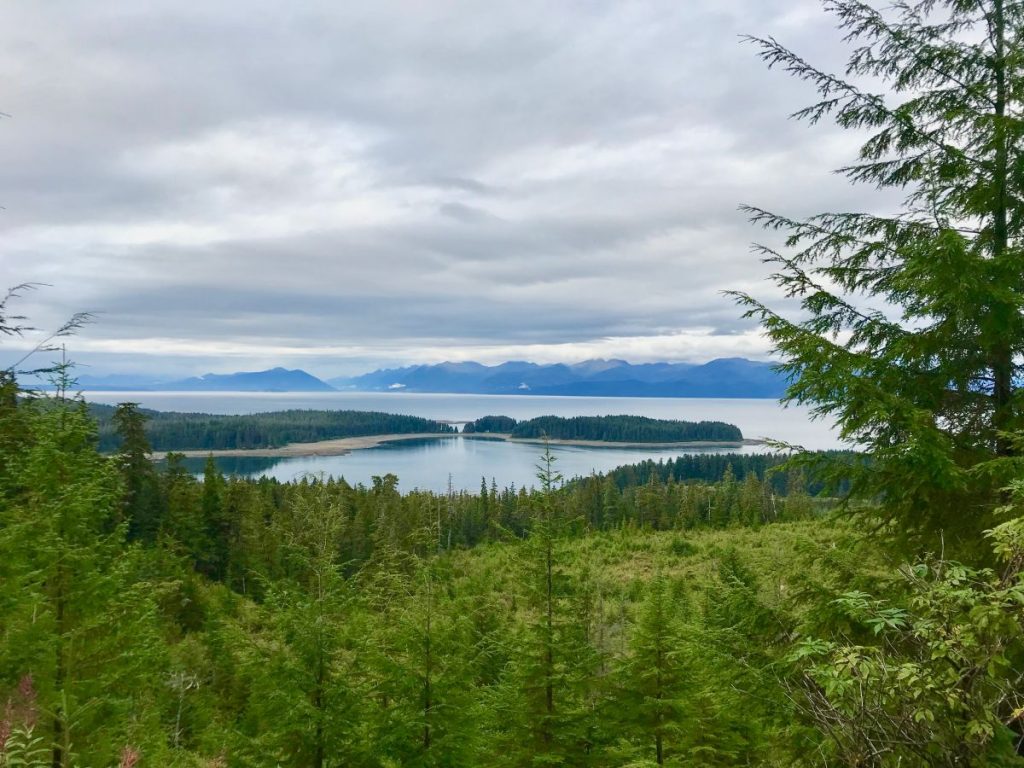 The small town is relatively small and easy to get on tour.

The big part of the most significant stores and places of the life town – a couple of restaurants and cafés included – develops between Front Street and Hill Street. 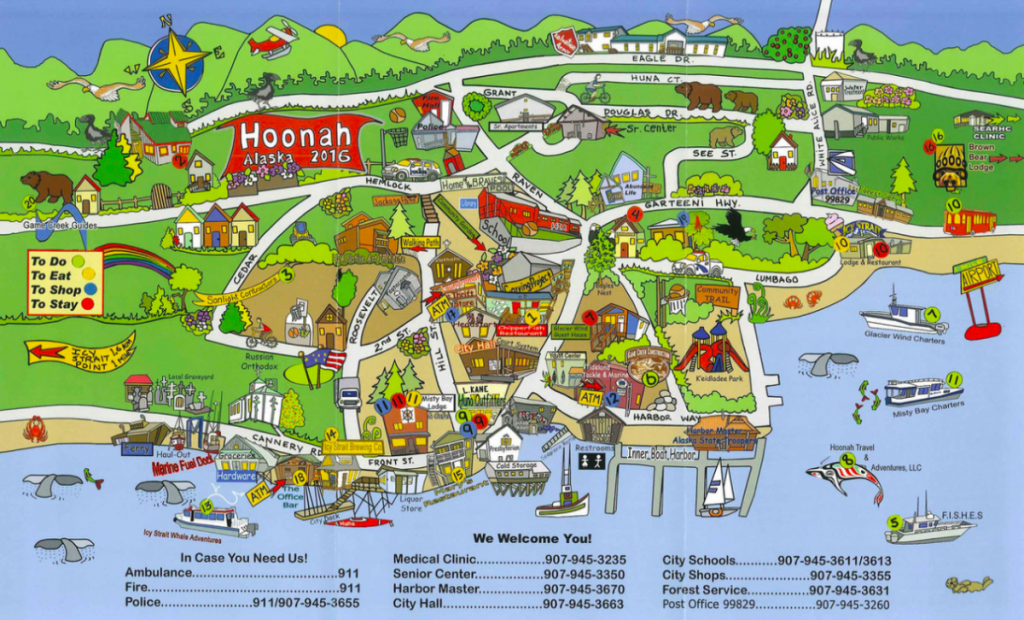 The excursions – you can book them here – done exclusively by Tlingit guides (don’t venture alone, due to the remarkable presence of wild animals is highly dangerous and not recommended moving alone) to discover the neighboring lands with bears and whale sighting, trekking and canoe, usually leave from the near cultural and tourist center of Icy Strait Point, including a historic museum and a series of expositions about the Tlingit’s life. And it is, too, the main berthing of the few cruise ships arriving as far as here. 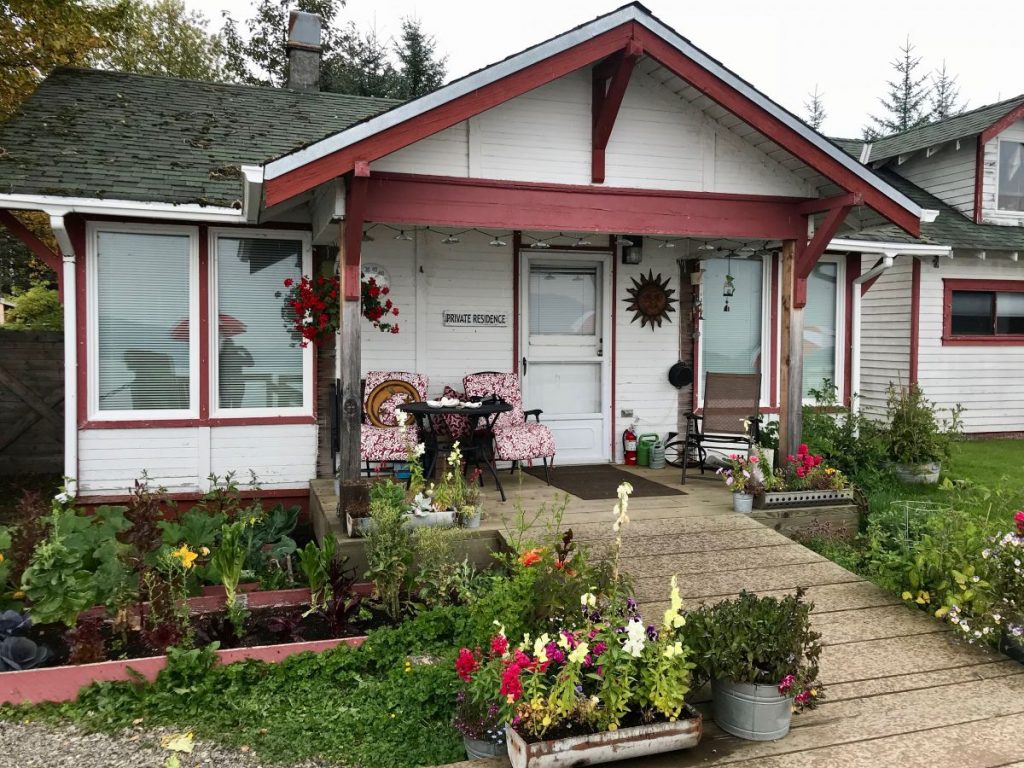 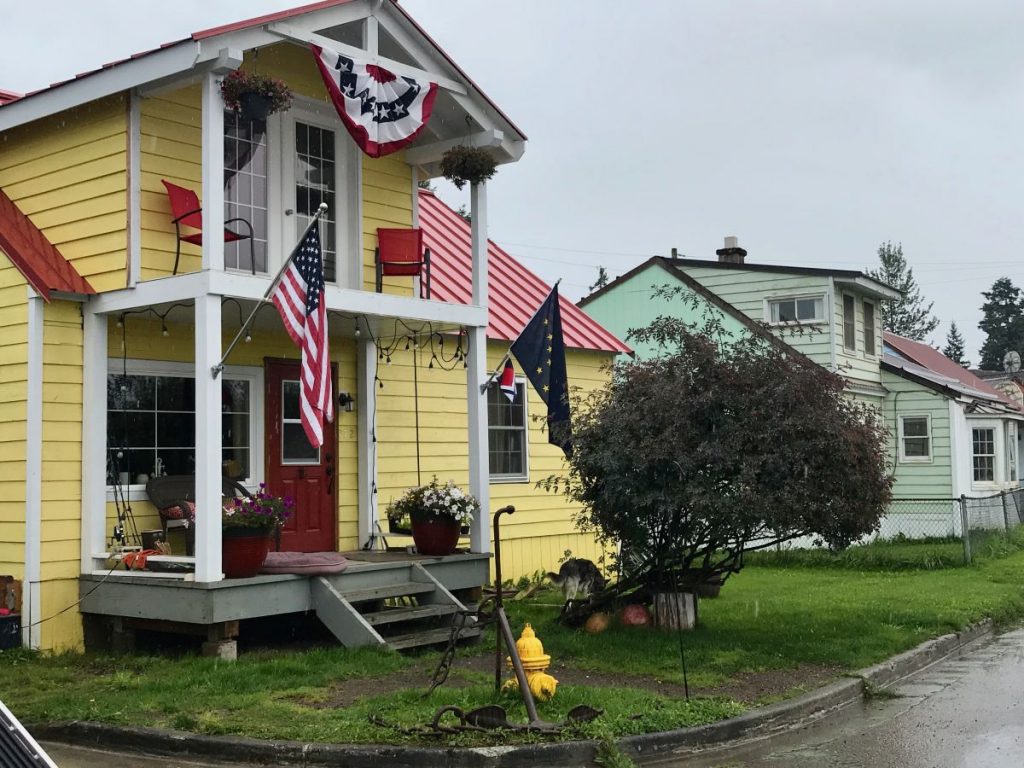 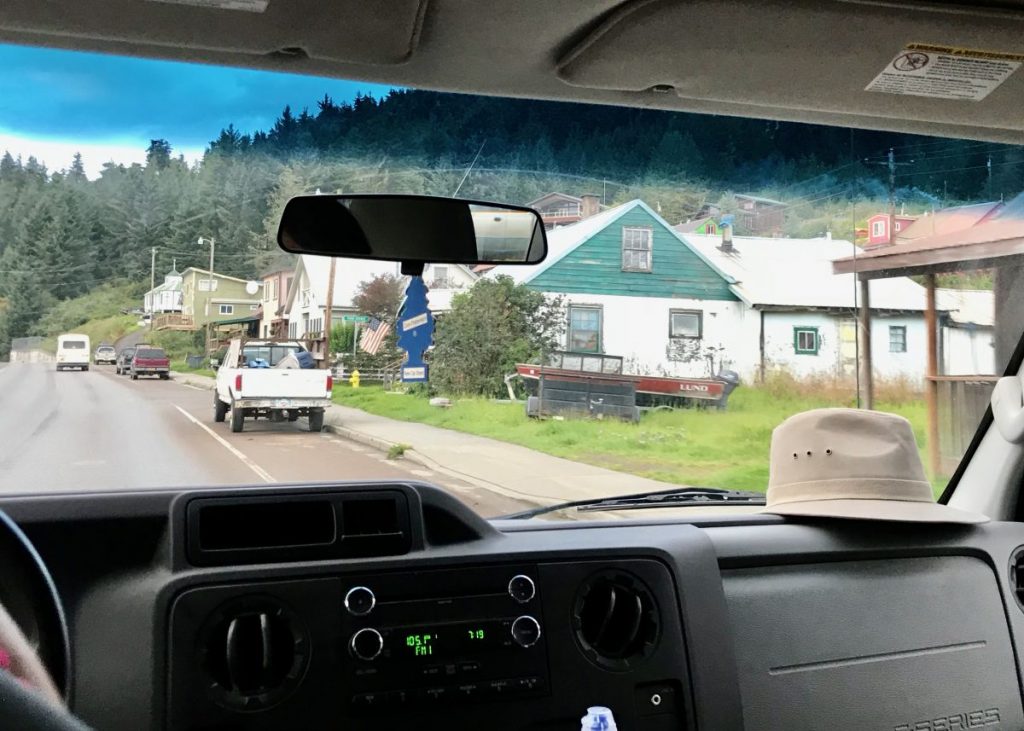 Alaska’s Inside Passage: practical info and tips for the tour

Hoonah guarantees a series of services for tourists and visitors and so it allows the possibility to stay overnight in order to take part then into the different excursions organized by the Tlingit.

Some useful tips about where to sleep and eat: 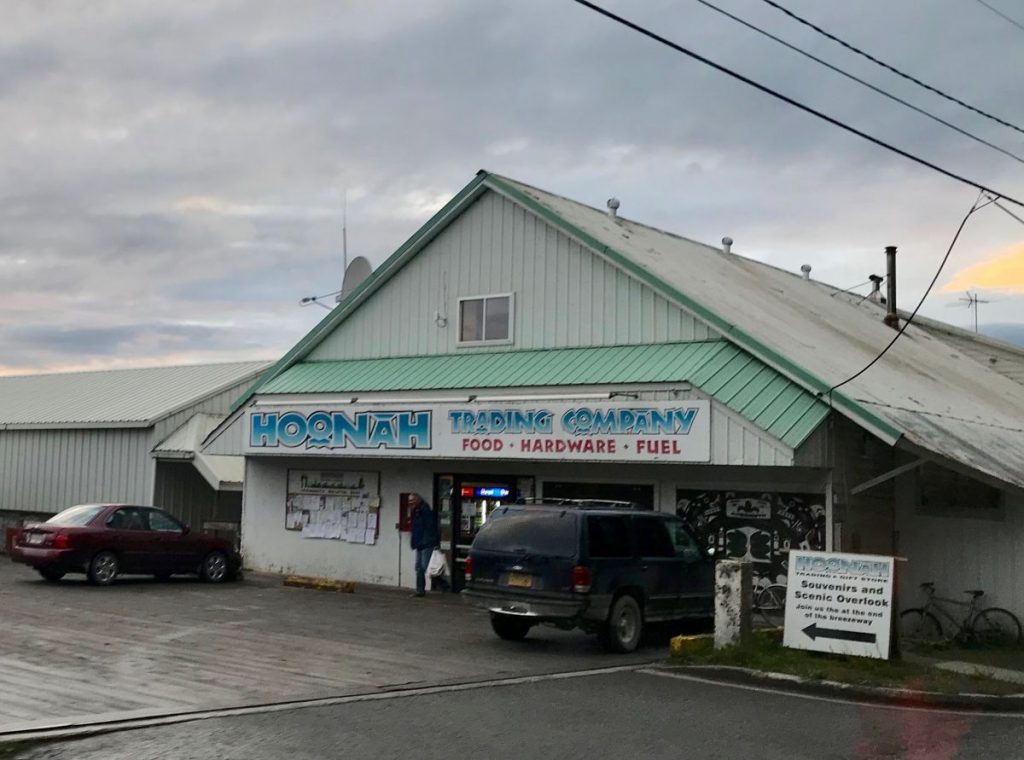 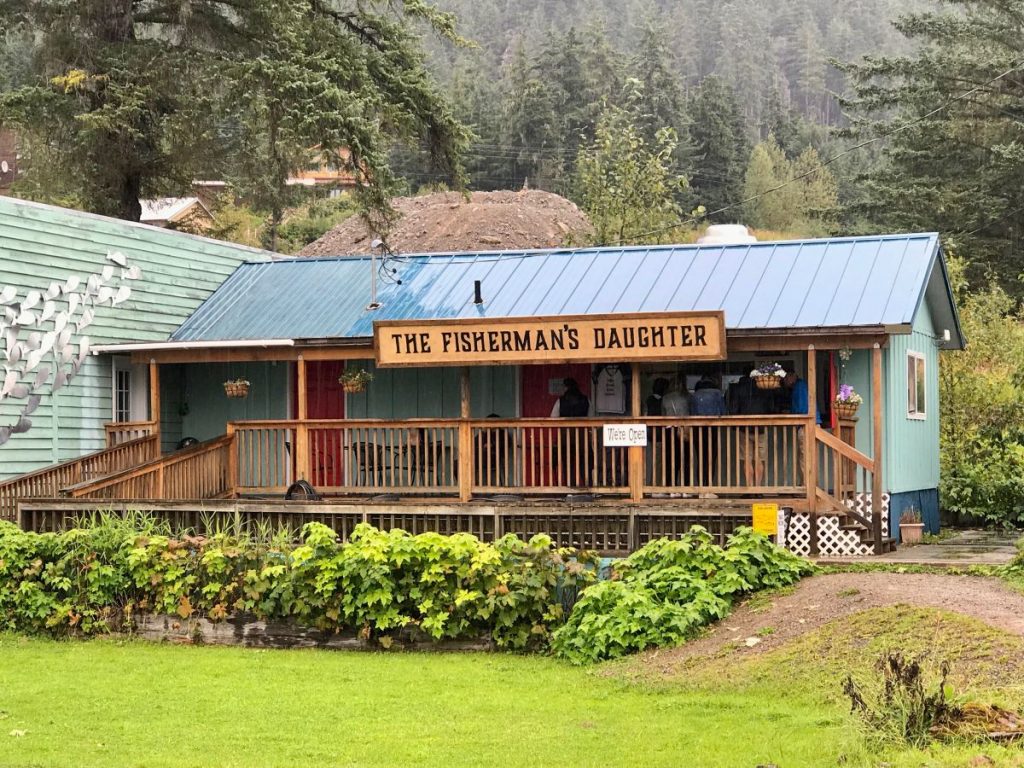 Alaska’s Inside Passage: The Fisherman’s Daughter 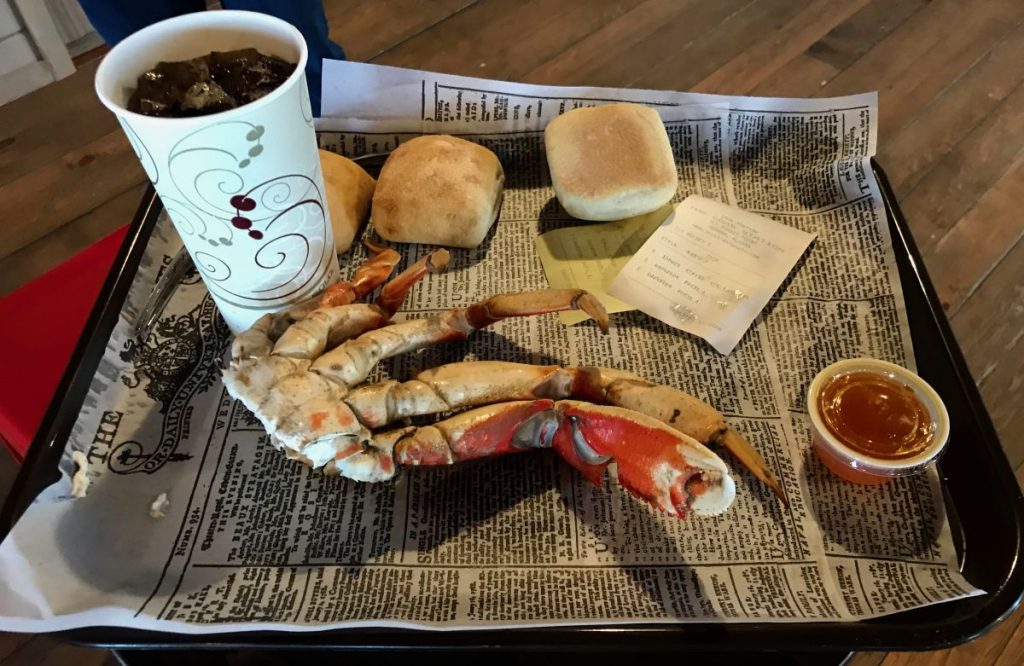 As already mentioned Icy Strait Point and Hoonah can be reached exclusively by plane and by sea. 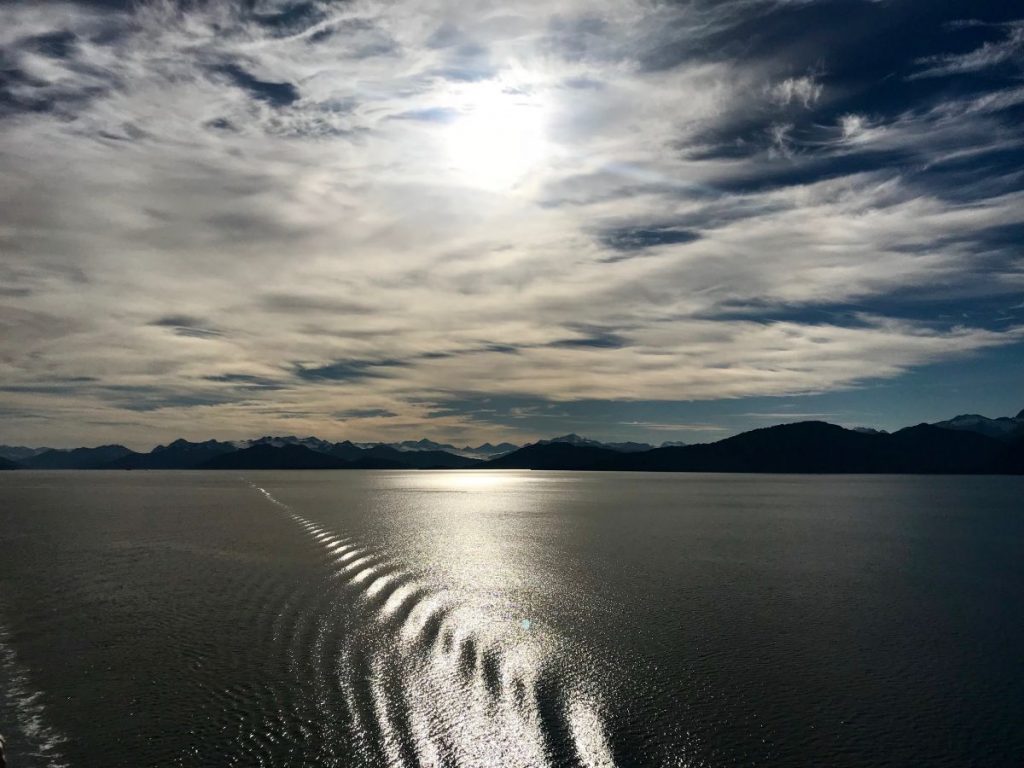 Navigation through the Alaska’s Inside Passage

“To the lover of wilderness, Alaska is one of the most wonderful countries in the world”