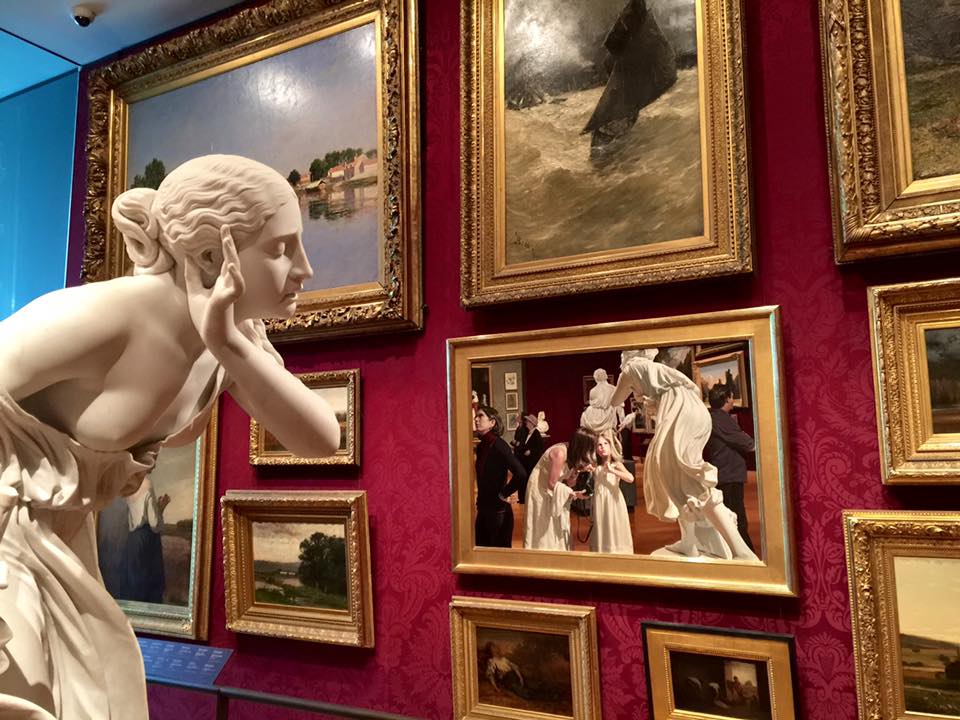 Not to miss in Boston: Museum of Fine Art, views

They are included by rights among the museums to visit in Massachusetts and, specifically, among the locations not to miss in Boston.

They are the example about how it is possible to live and perceive art in all its own shapes by the most original, stimulating and captivating way. 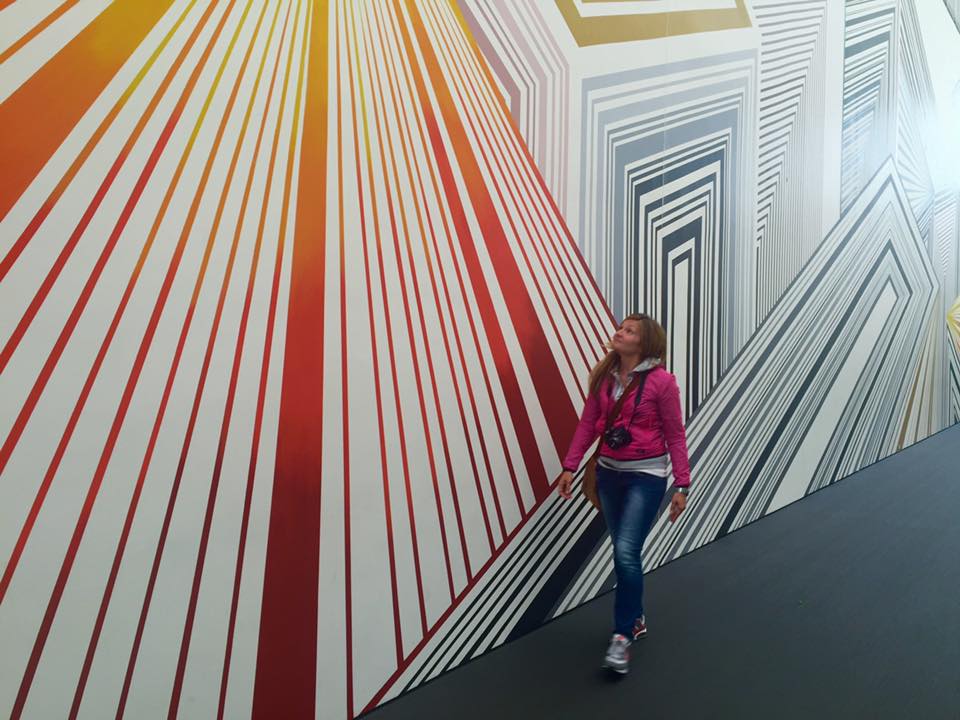 Not to miss in Boston: expressions and colors at Fine Art Museum

They are 5 permanent expos, unlike each other – even far from our canonical idea of museum – with further spaces (sometimes outdoor, too) reserved to temporary performances, often unusual and suggestive.

Forget the idea of a difficult art to understand, maybe “heavy” and for the use of “experts”.

Imagine an underlying theme that from the most ancient cultures arrives until nowadays involving fans, students, families with children – to whom are dedicated spaces and provided sections for the comprehension of the works – or also tourists arrived by chance maybe during a rainy day. 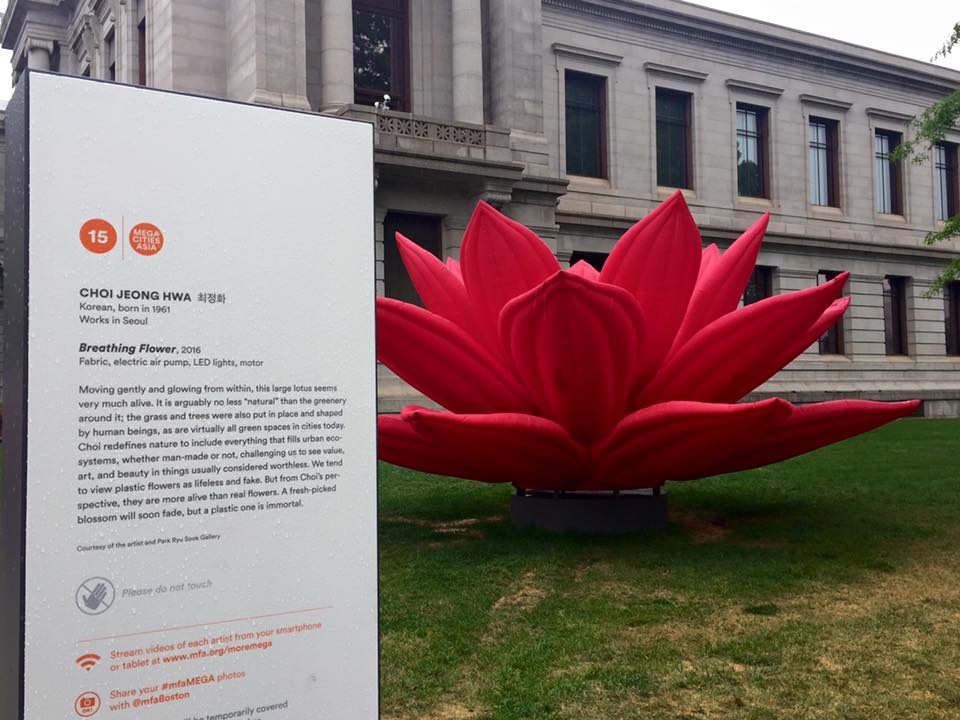 An intense and surprising path, between Boston and the near Cambridge, passing through painting, sculpture, technology, the working of the most different materials, even through the use of colors on the most unusual surfaces…and why not?…through street art, too.

Not to miss in Boston: Museum of Fine Art

One of the greatest art collection in the United States, set in a wonderful architectonic frame of light and spaces created by Renzo Piano. 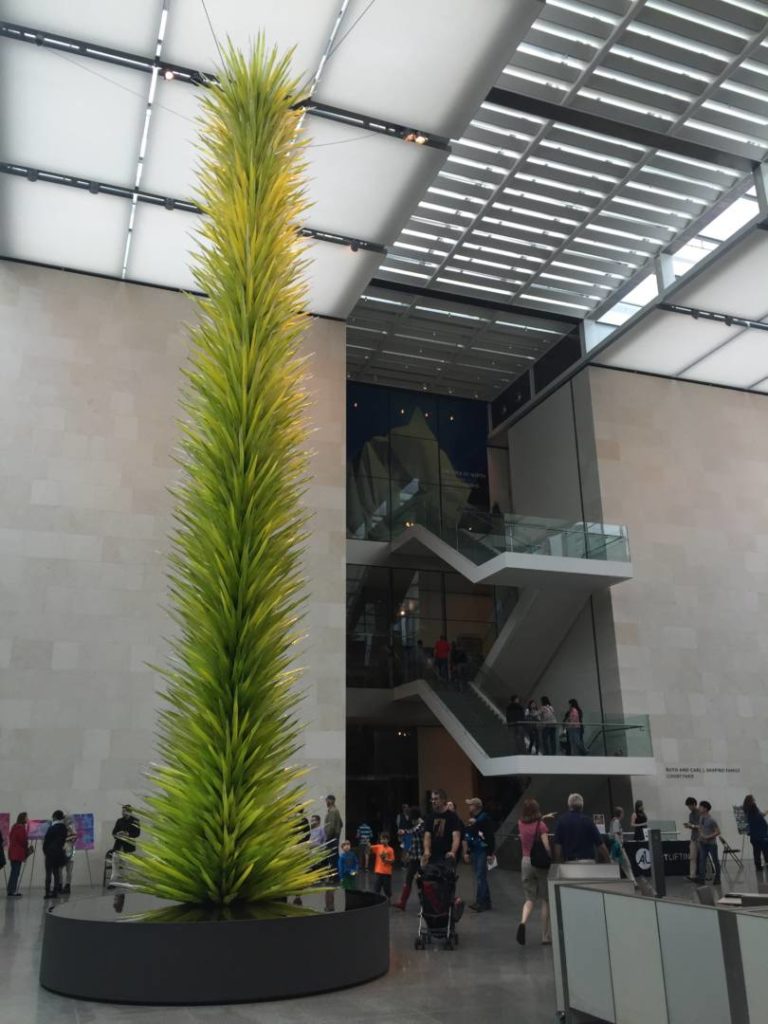 Not to miss in Boston: Museum of Fine Art

The Museum of Fine Art is opposite the Beck Bay Fens, a series of green areas linked each other and crossed by the Muddy River, little far from the Fenway residential quarter. The nearest subway stop, on the green line, is behind it and is named after the museum.

A series of stories and preparations from Picasso to Edward Hopper, from the American decorative art between 1700s and 1800s to the contemporary one, as far as the section dedicated to Northern Europe, the Italian Renaissance, to the Impressionist, to the Japanese collections (among the richest ones in the world) and the Egyptian ones. In the middle there’s a surprising and interesting expo concerning fashion, its excesses and design.

Inside there are two restaurants, a café and several areas for families. Admittance is included in the Boston City Pass.

Not to miss in Boston: Museum of Fine Art, views 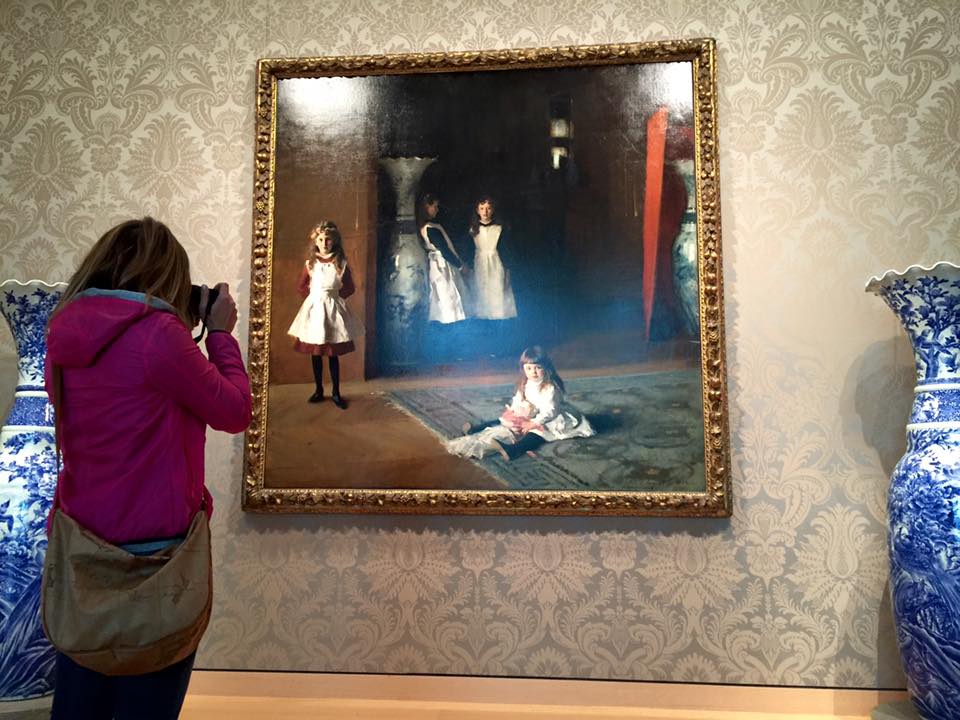 Not to miss in Boston: Museum of Fine Art, shoots 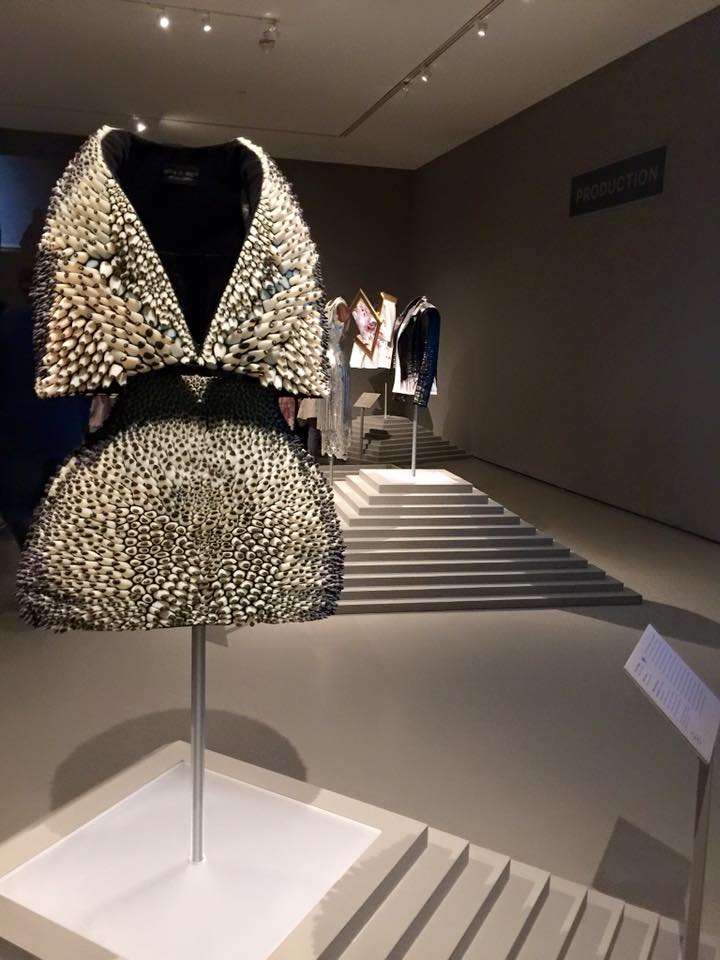 Not to miss in Boston: Isabella Stewart Gardner Museum

Try to imagine a suggestive and authentic aristocractic Venetian palace completely took down from its place of origin, moved by sea and rebuilt in Boston at the end of the 1800s by the eccentric millionaire Isabella Stewart Gardner. She aimed to fill it with wonderful art works to share – Isabella has lived here until her death in 1924 – with friends and fans. 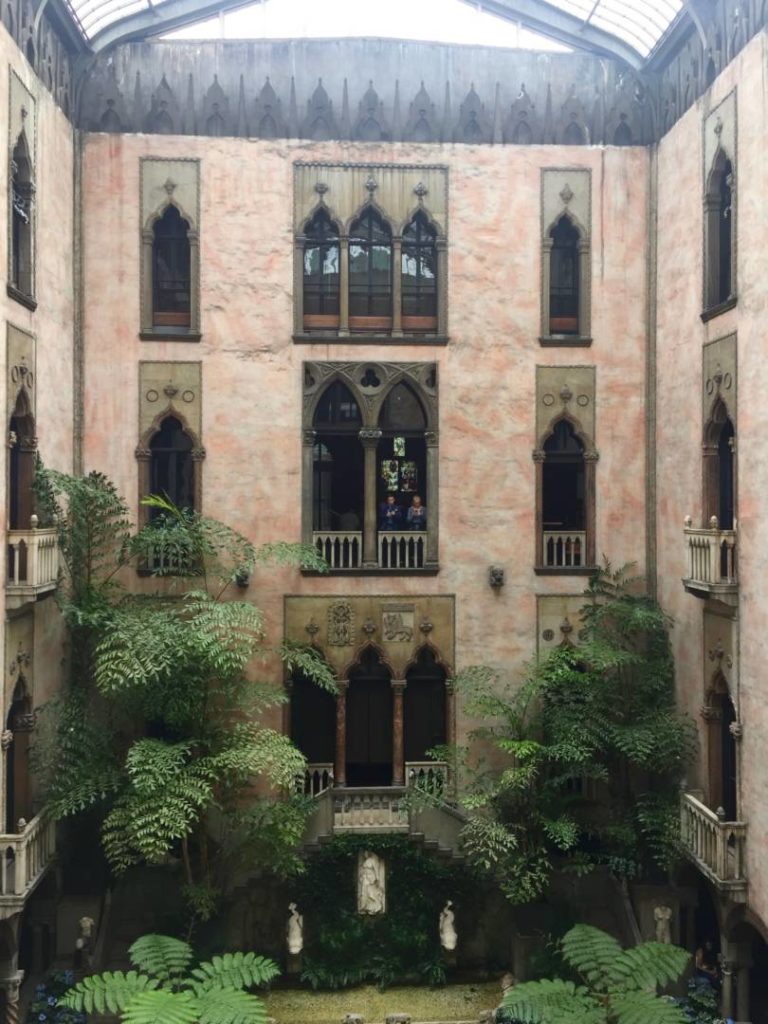 Not to miss in Boston: Isabella Stewart Gardner Museum 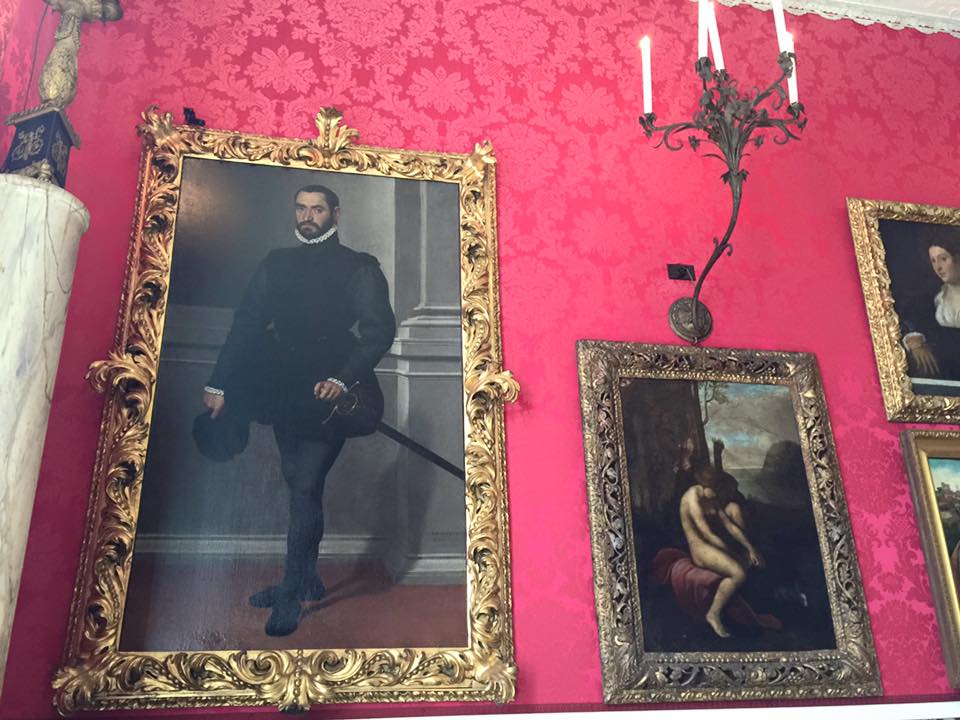 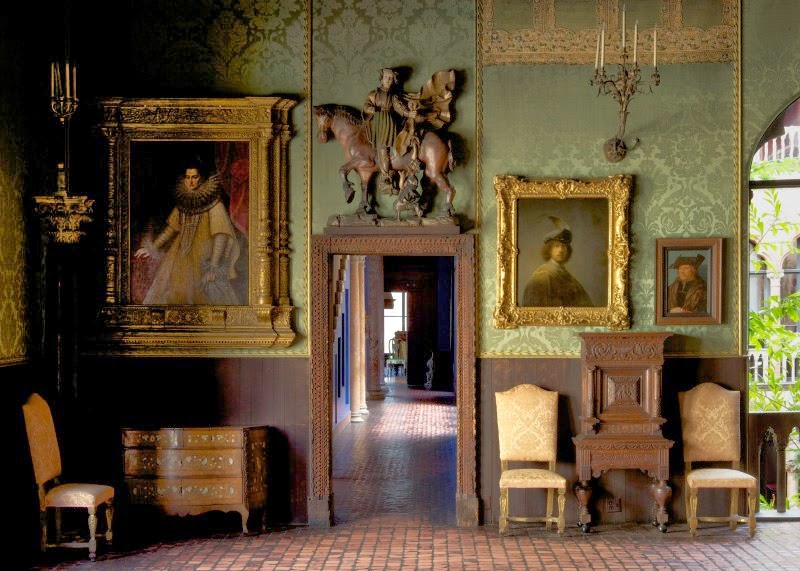 The Isabella Stewart Gardner Museum is little far on foot from the Museum of Fine Art at 25, Evans Way, at the crossroads with Fenway.

A house-museum, even 4 stories opened on a green inside courtyard, with more than 2500 works of art bought by Isabella during her several travels to Europe.

You walk through the rooms of an historic Venetian dwelling, losing the sense of being physically in the United States of America and you run into masterpieces hang to the walls without an apparent criterion, signed by authors of the calibre of Tiziano, Leonardo, Caravaggio, Della Robbia, Vermeer. Sometimes in precious historic texts, triptychs, chinaware, even ancones and very ancient altars, they, too, took down and reassembled inside the complex.

The new wing, built on the base of a Renzo Piano’s project (by now he knows his way about the USA) and linked to the palace by a glass tunnel, hosts a theater for performances and a series of rooms for temporary exhibitions. 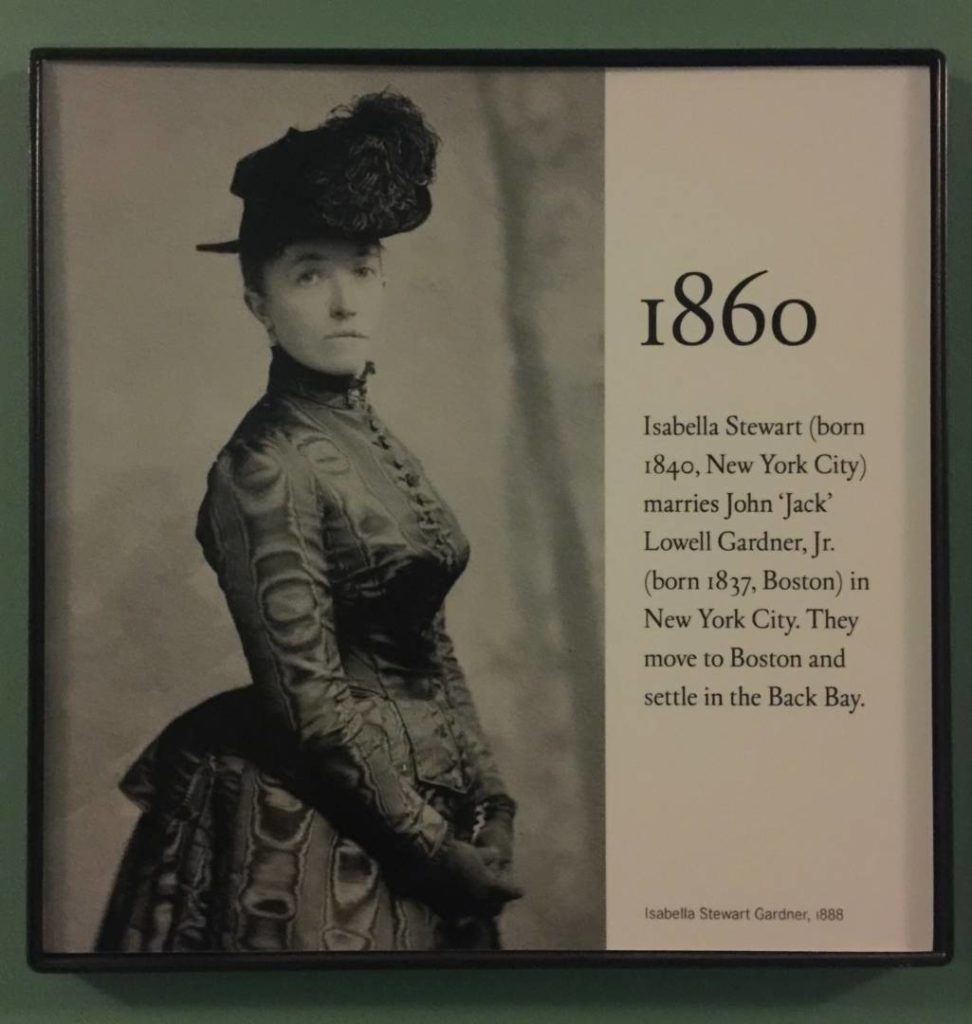 Not to miss in Boston: Harvard Art Museum

And then there’s Cambridge – a pair of stops by subway from Boston – and its close bound, almost not to be set aside connection, I’d say, with art in all its own every expression. 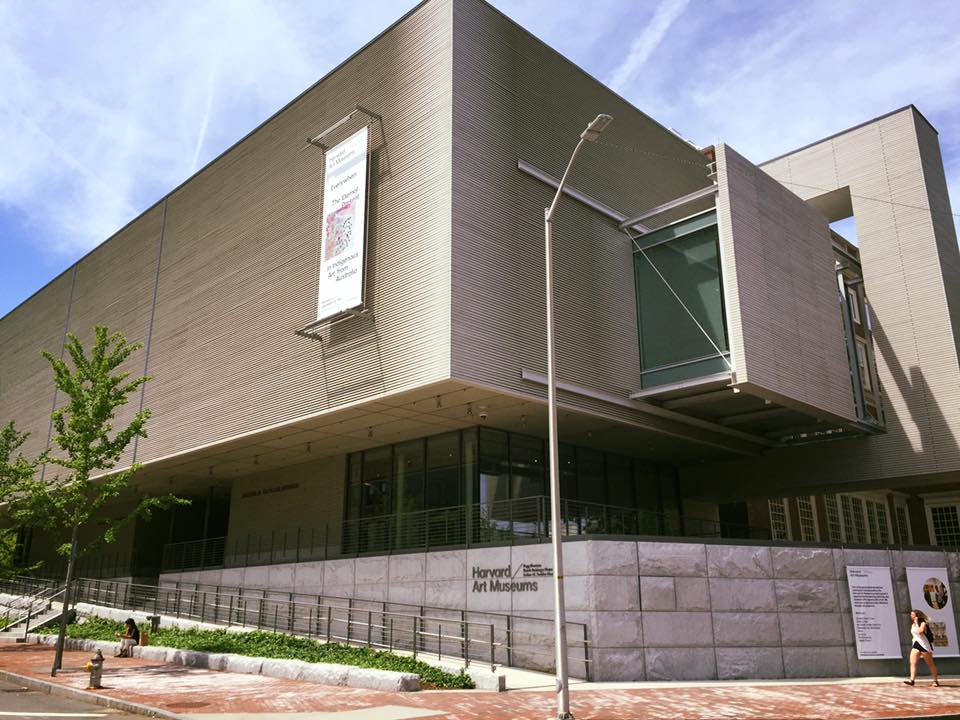 Not to miss in Boston: Harvard Art Museum 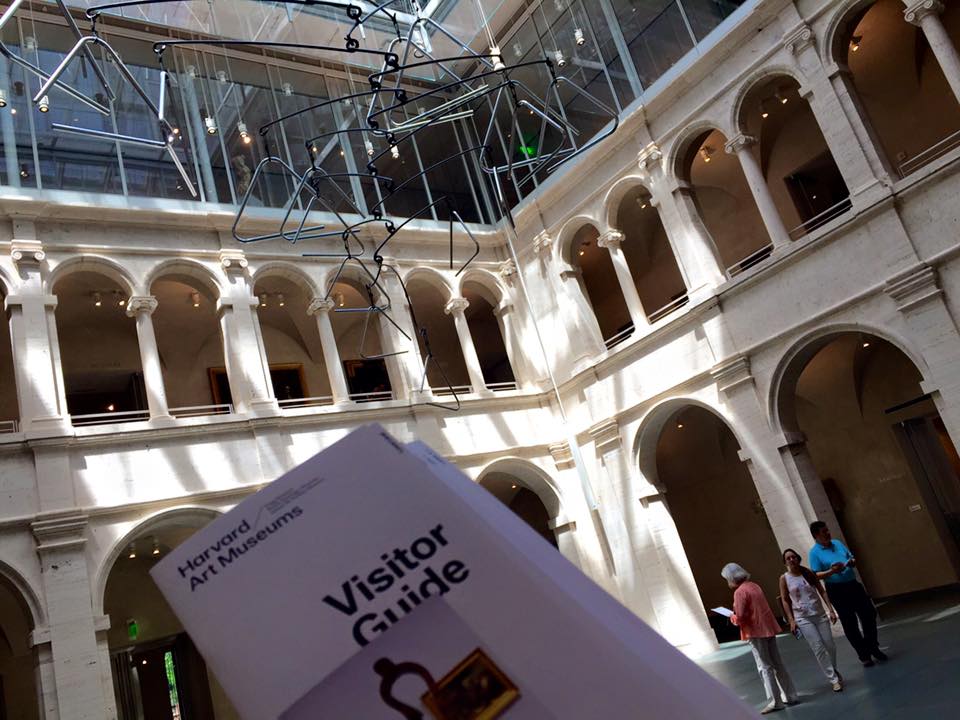 Not to miss in Boston: Harvard Art Museum, the inside

Try to imagine names (and so works) of the calibre of Rubens, Tiziano, Monet, Picasso, Renoir, even the wonderful Toulouse Lautrec (do you know those spectacular “postcards” of Paris in the Belle Époque?). And even modern art installations contrasting with wonderful marbles and precious Greek-Roman bas-reliefs and in the end restoration labs that can be seen through transparent large windows and centers for the visualization and learning of art. 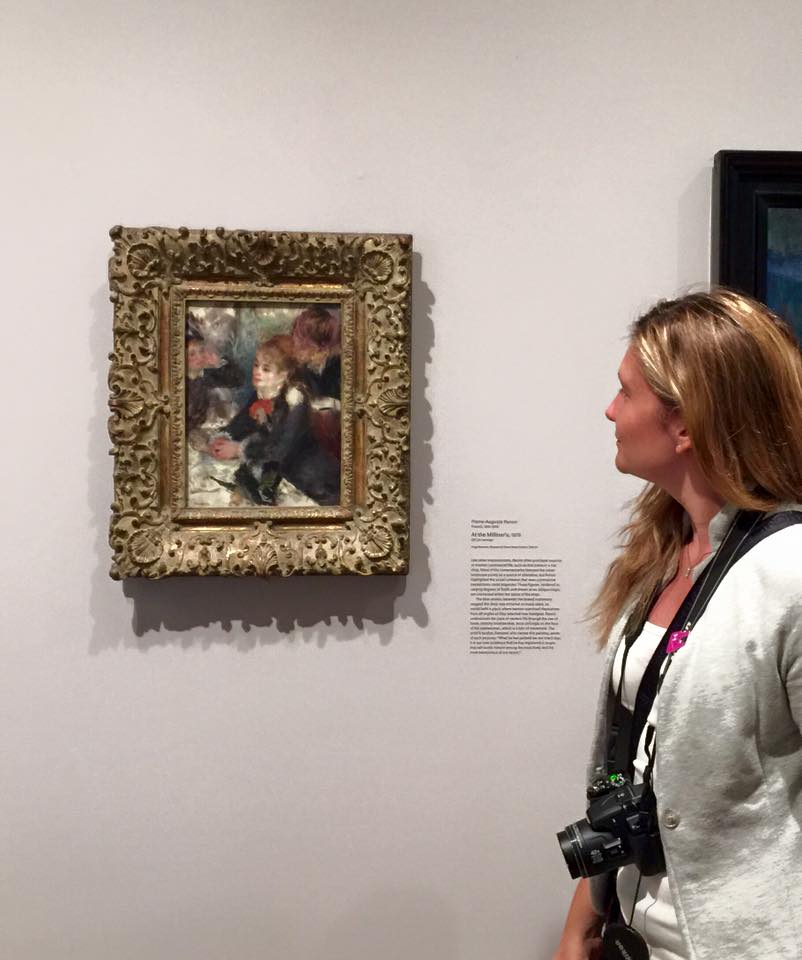 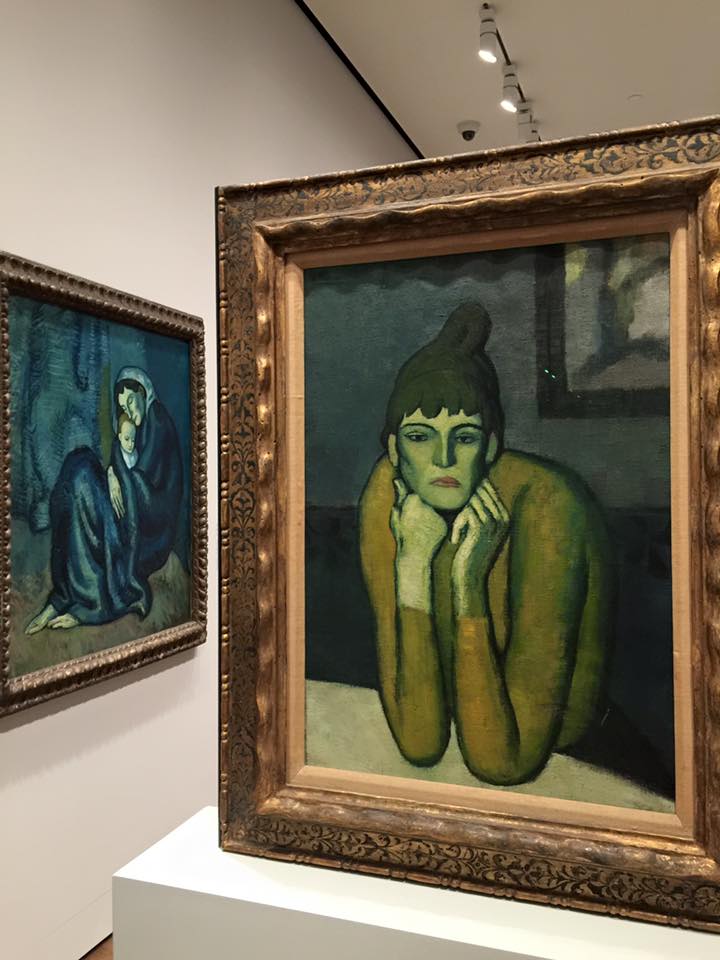 Put all this into a huge and bright building dating back to the 1800s, widen and integrate wonderfully by the great Ranzo Piano. He, again.

Here it is the Harvard Art Museum: here art is told about and enjoyed by a unique, captivating and surprising way.

The place where who says not to love art often arrives to change one’s own mind. A museum “not museum” where the real protagonist is the visitor and one’s own perception.

The entrance is at 32, Quincy Street, few minutes far on foot from the red line Harvard subway stop. 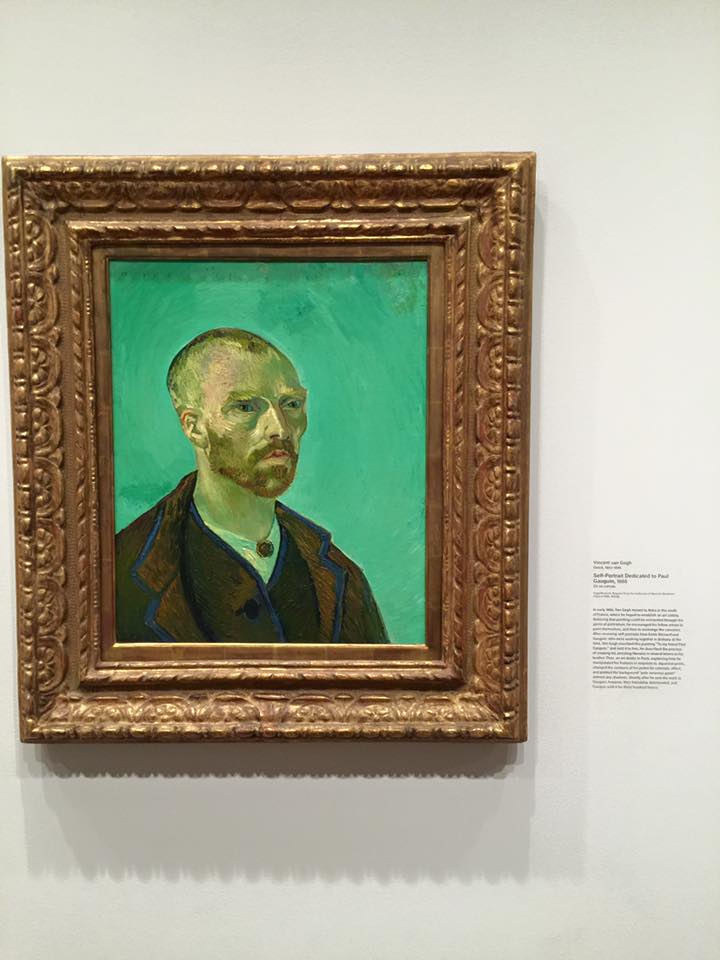 Not to miss in Boston: Harvard Museum of Natural History

The Harvard Museum of Natural History is in the heart of the Harvard University, little far from the institutes of Biology, Zoology and Chemistry, among the most ancient buildings of the campus.

Besides a series of faithful and realistic reconstructions of the naturalistic habitat of a good part of New England, several skeletons of dinosaurs and similar, it keeps a very precious section, one-of-a-kind in the world, that alone it is worth it the ticket’s amount. 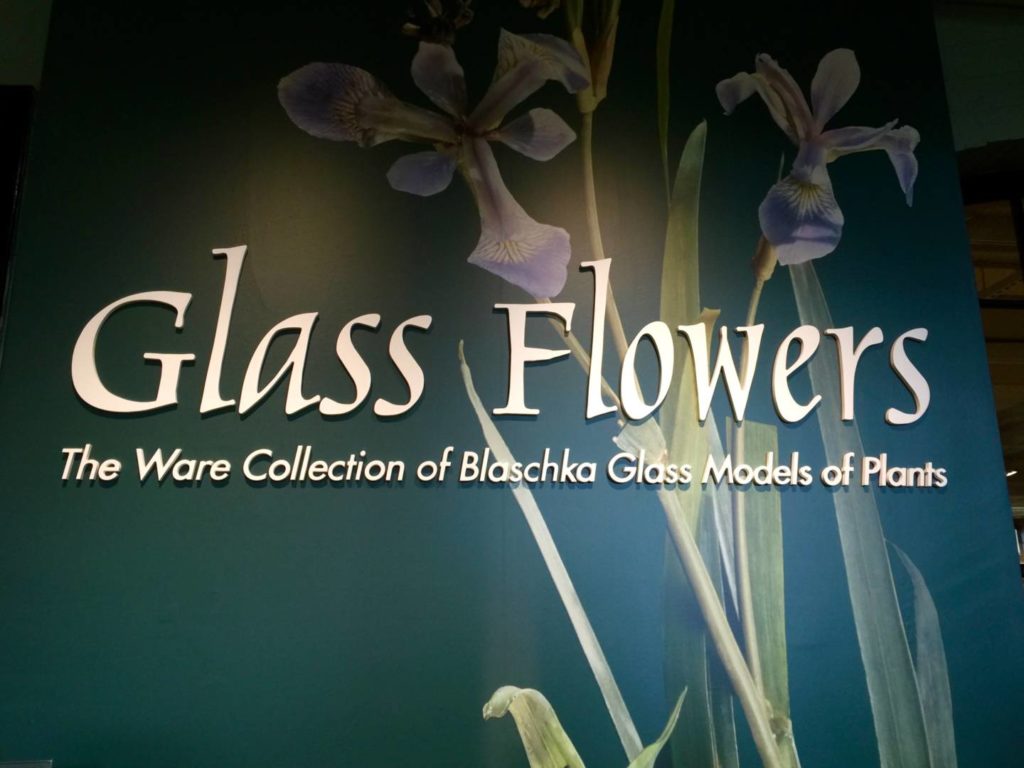 Not to miss in Boston: Harvard Museum of Natural History

A series of glass flowers and plants, one-of-a-kind in the world, stunningly realistic that they seem just caught and blooming: they were realized between 1886 and 1896 by two skilled craftsmen of glass, Leopold and Rudolf Blaschka, father and son, coming from Dresden. 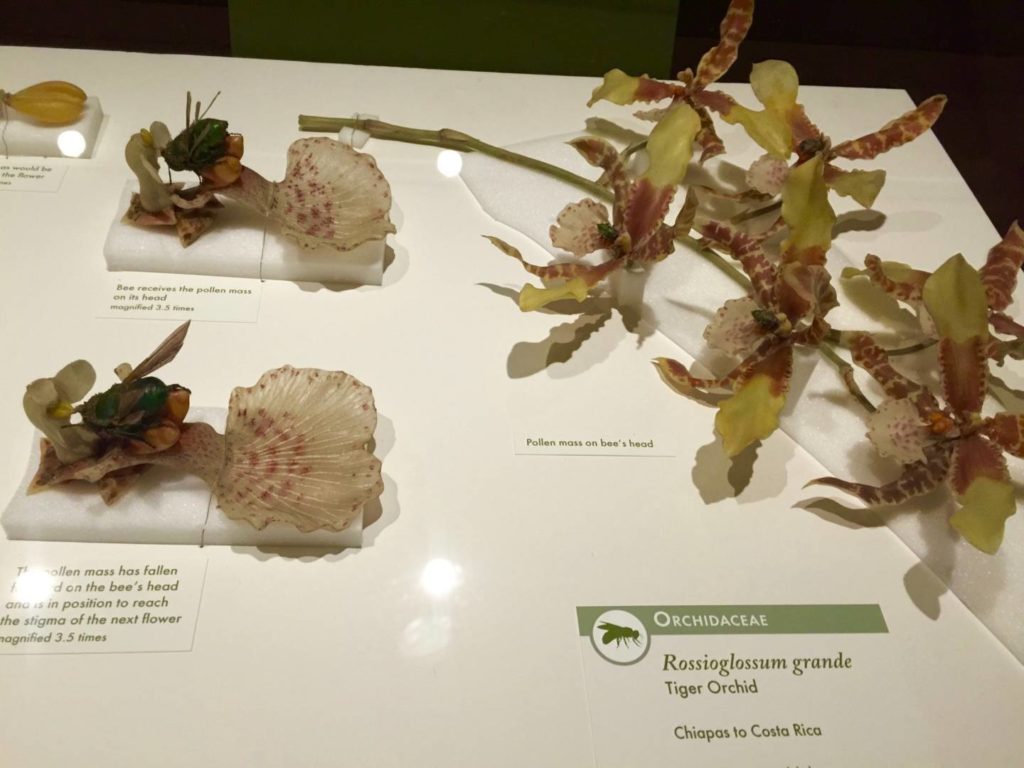 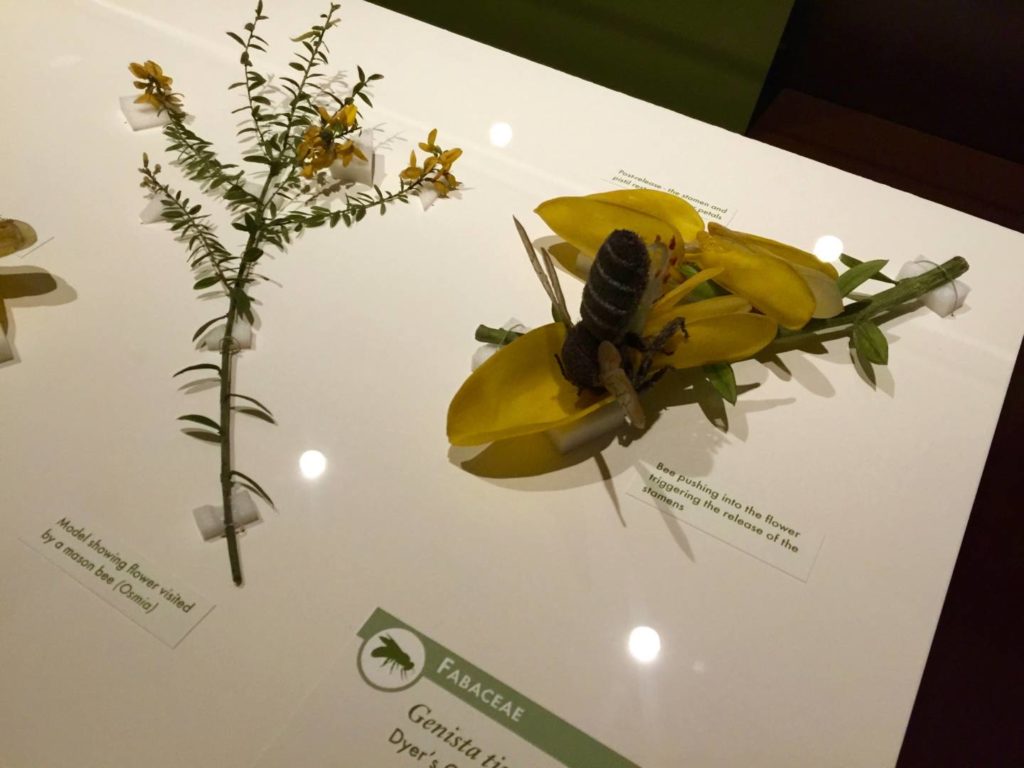 An amazing collection of even 4000 pieces representing about 830 species of plants “seen” in their different sections expanded with some specimen of insects.

At the end of the visit you will be surprised to realize that until today any craftsman in the world would be able to reproduce them by the same technique, whose secrets were never revealed by Blaschka.

Not to miss in Boston: MIT List Visual Arts Center

At MIT, the Massachusetts Institute of Technology, in Cambridge, passwords are innovation, technology and really a lot of art, above all accessible to everyone! 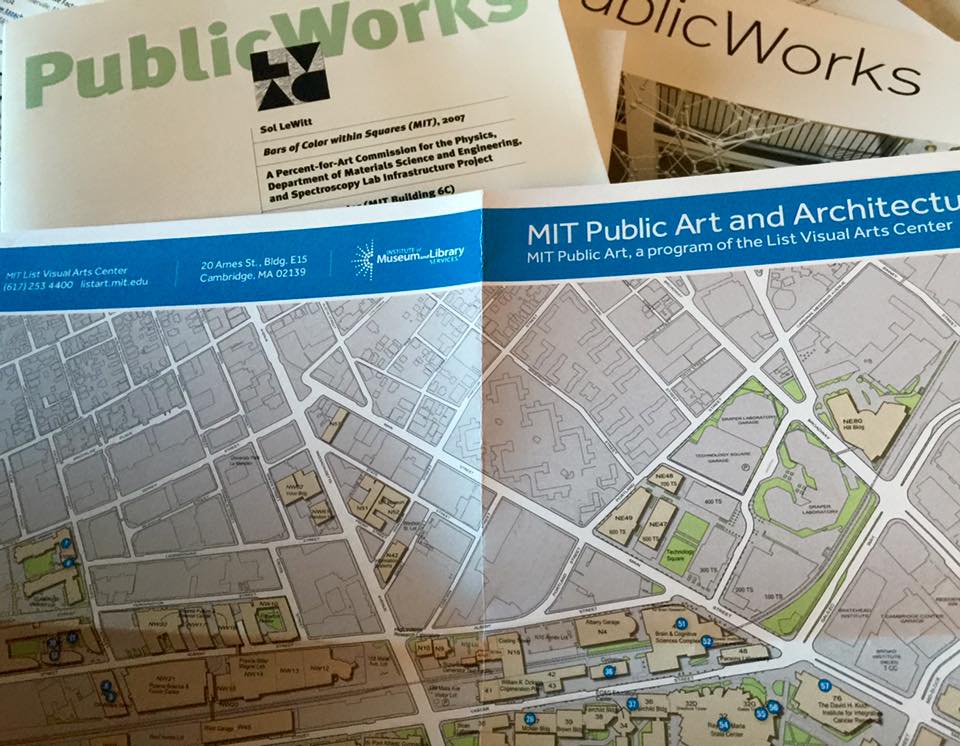 The MIT List Visual Arts Center isn’t less. It’s an innovative museum of modern art inside the complex linked to the Institute of Technology (red line Kendall /MIT stop). Besides to present temporary exhibitions of budding artists, it gathers the greatest collection of public art (free) in the United States. It will be enough to ask for the map at the entrance and follow the indications to discover the most incredible artistic installations in the country. 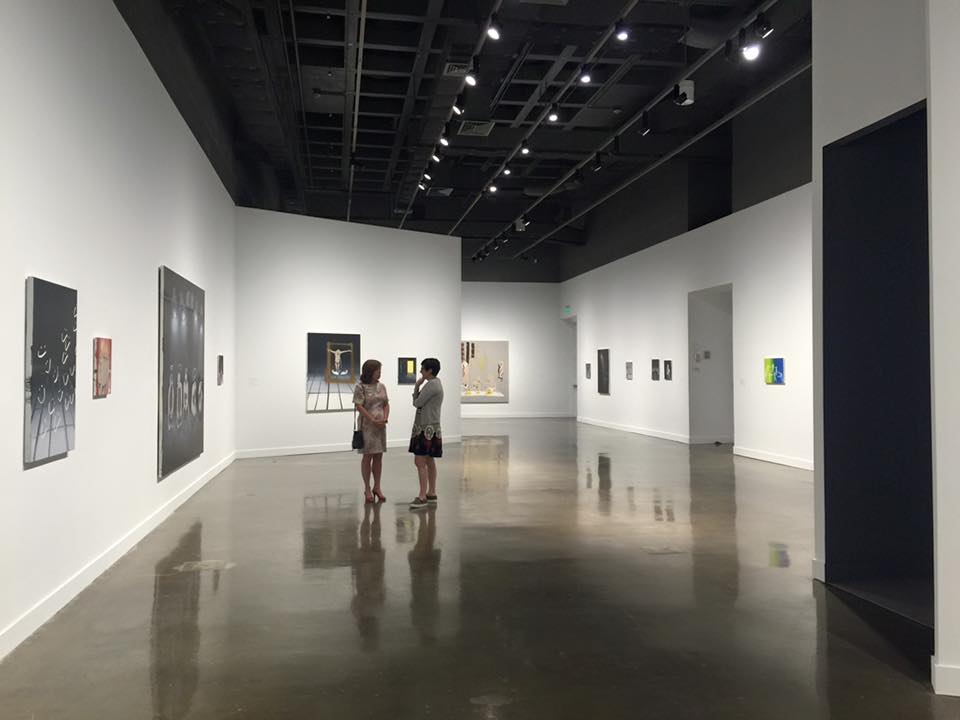 Not to miss in Boston: MIT List Visual Arts Center 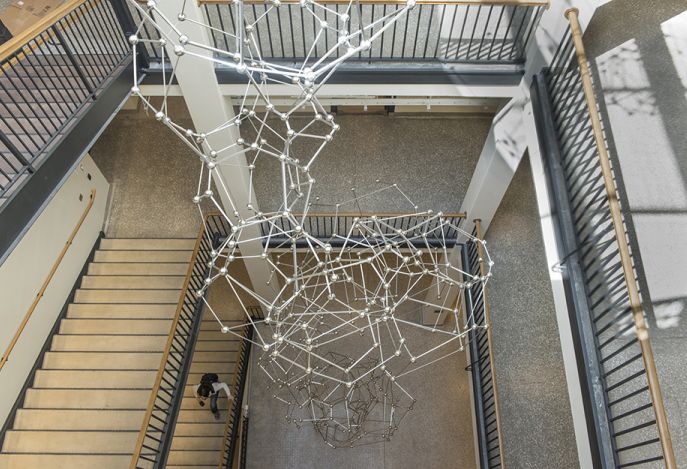 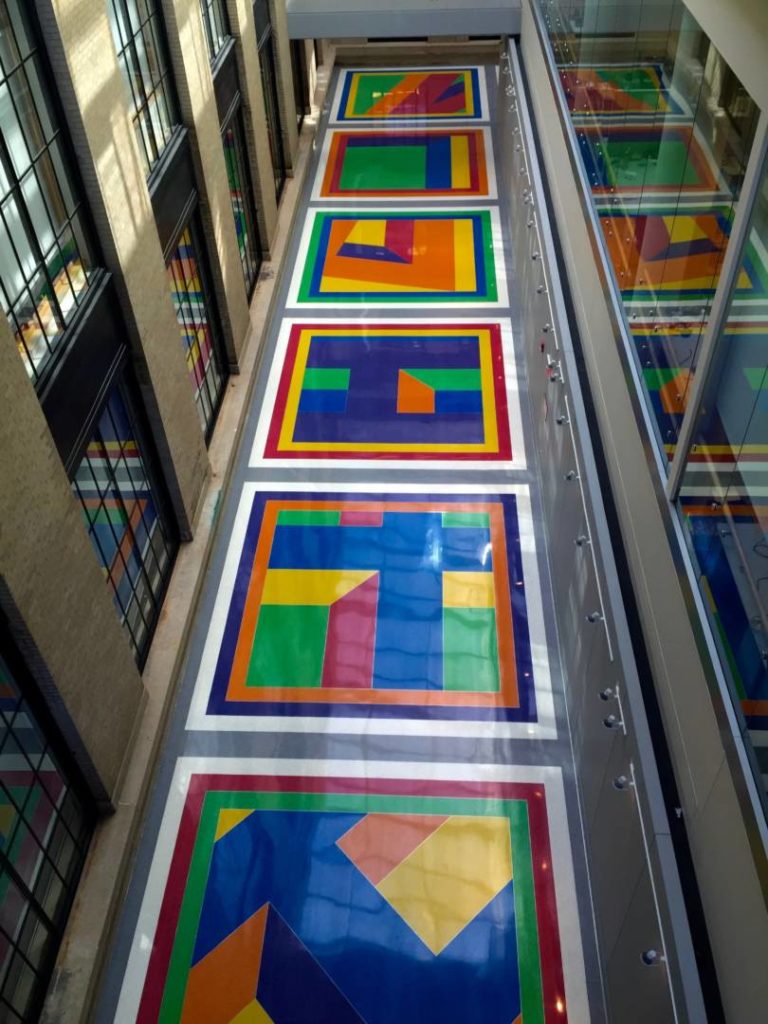 Do you have any doubt about why Cambridge is one of the university cities most loved and coveted by the young people from all over the world?

Not only a very good education but also a stimulating environment favoring interaction, inspiration and creativity.