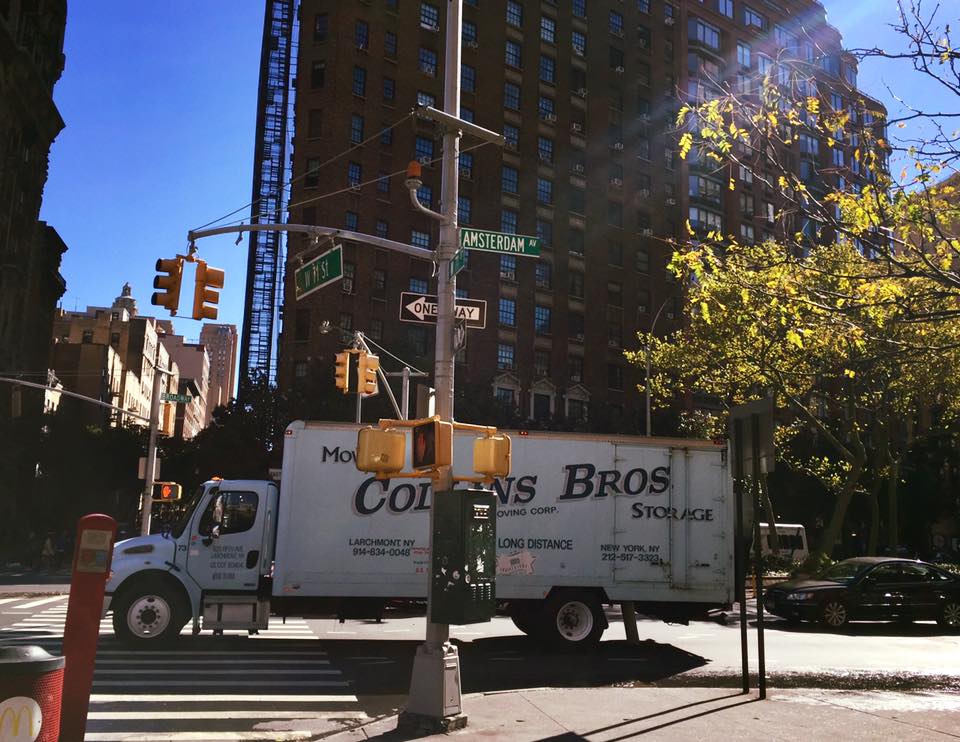 Walking for hours, be swallowed by traditions, history, smells of each street, lose the sense of time and find oneself crossing metaphorically the world.

Yeah, because in New York every area – geographically defined even only by few blocks – has its charming and boundless store of cultures and different “proveniences”, tales, life and savors.

The district linking ideally the West Side of Central Park to the Hudson River and which extends from the Columbus Circle to the south as far as the 110th Street to the north.

An area that has a lot to tell and that always inspired artists, writers and scriptwriters for its ethnic groups, colors and oddness melting pot.

Why don’t think to dedicate to it a some hours walk to discover shades and hidden corners and maybe stop for an original and delicious lunch break? 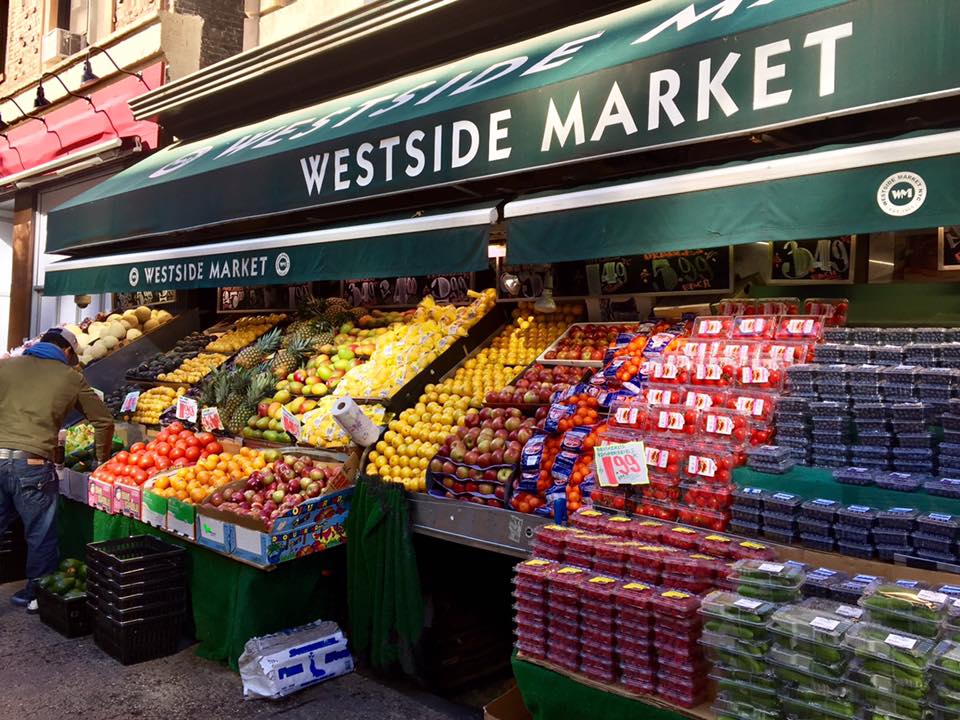 New York on foot: the savors of the Upper West Side

New York on foot: an itinerary through the Upper West Side

The walk through the Upper West Side begins from the Columbus Circle.

A wonderful round square created in 1906 – to make easier the traffic of an area that began to be more and more busy – on the basis of an original project by Frederick Law Olmsteld, one of the two architects who created and built Central Park.

The center of the circle, marked by the Christopher Columbus statue, works as Miliarium Aureum of the city, that is as official point from where all distances from New York towards the most important cities in the USA and in the world are measured.

In the corner towards Central Park there’s a big steel sphere: it’s The Globe by the artist Kim Brandell. It’s above the entrance of the 50th subway stop – Columbus Circle – and it refers to the greatest and original Unisphere in Queens, built for the Universal Expo in 1964. 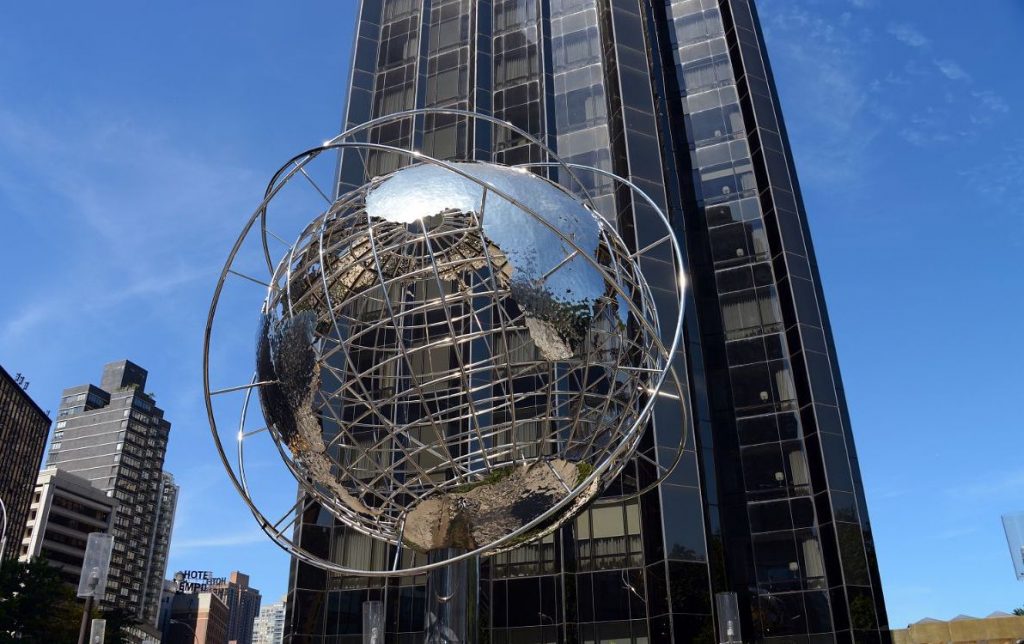 If you love the wonderful views, reckon an aperitif at sunset at the Lounge bar on the 35th floor of the Mandarin Oriental Hotel with a view of Columbus Circle and Central Park. You won’t regret it.

New York on foot: the Lincoln Center and the historic memory of San Juan Hill

Keep going along the Broadway northwards you reach, more or less at the 63rd Street, the Lincoln Center. 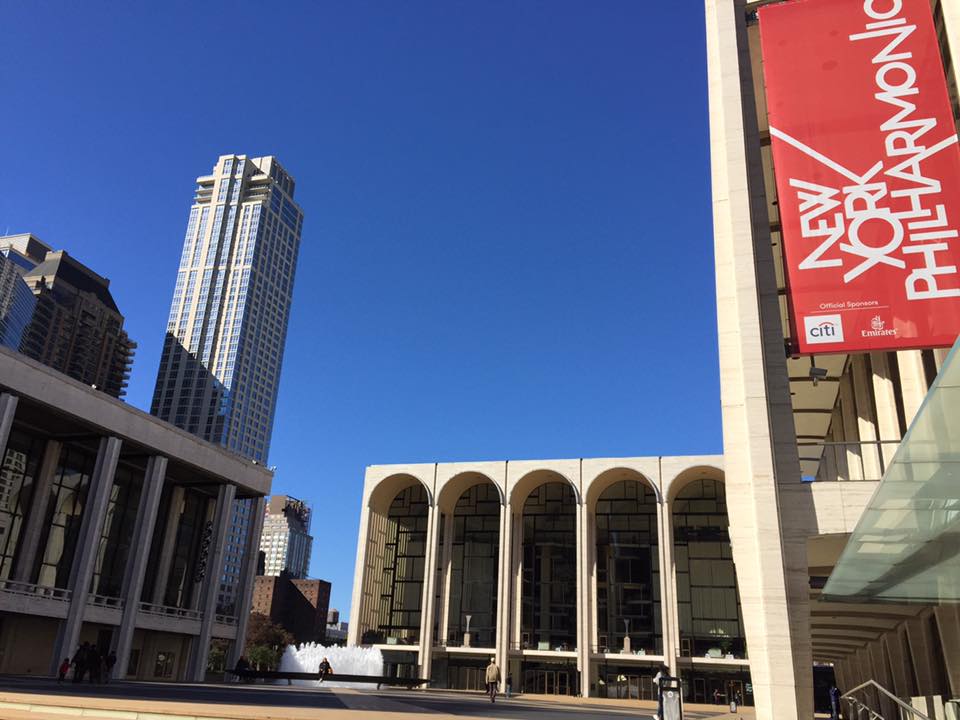 It’s the first modern architecture buildings complex – dating back to the 1960s – at exclusive cultural use in the whole USA.

The area includes the Metropilitan Opera House, the David Koch Theater – the “reign” of the New York City Ballet – and the Avery Fisher Hall, the seat of the New York Philharmonic performances, and even other artistic organizations like auditoriums and minor theaters. The Visitor center organizes daily guided tours – they last one hour about – with extremely prepared and kind guides.

In the middle of the Lincoln Center the show (just to keep to the subject) of the water games of the Revson Fountain “explodes”: from here it’s also possible to admire the curious geometric composition of the buildings from different point of views. 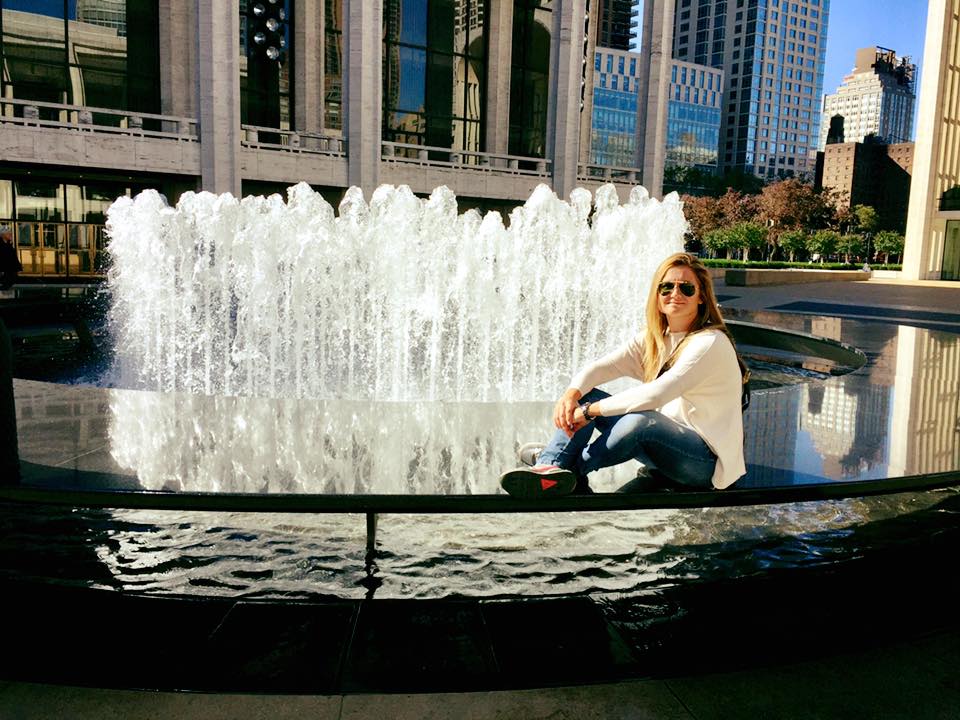 Not many people know that the old district of San Juan Hill – after the post-war it was inhabited mostly by Afro-Americans, North-European immigrants and Hispanic people – was completely razed to allow the construction of the Lincoln Center: right here, few months before the demolition, almost all the outside scenes of “West Side Story” were shot, included the “Tonight” famous one.

Walking through the near side streets and then going up from the 59th to the 69th street you can have a downright leap in time and find what remains of the San Juan Hill communities’ architecture – lost by now.

Like for example the curious building which is included into the big buildings in the 63rd (west) at number street 33: it’s one of the last original buildings of the old district which remained untouched by a miracle thanks to its grumpy owner who – for different and definitely less noble reasons, money issues it seems – refused to sell the building to the building company. 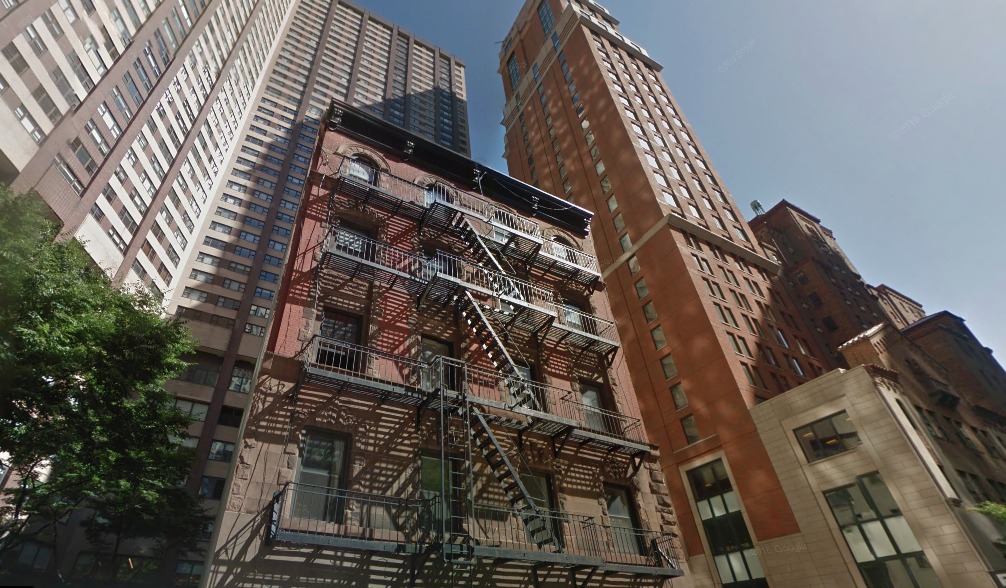 New York on foot: one of the last buildings in San Juan Hill

Keep walking on the Broadway northwards and turning on the right into the 71st (west) street you reach the Septuagesimo UNO Park: it’s the only New Yorker park to be identified with a street number, 256.

Strange but true, it’s the smallest park in New York: about 200 square meters of flowerbeds and benches in the middle of the buildings in the 71st. 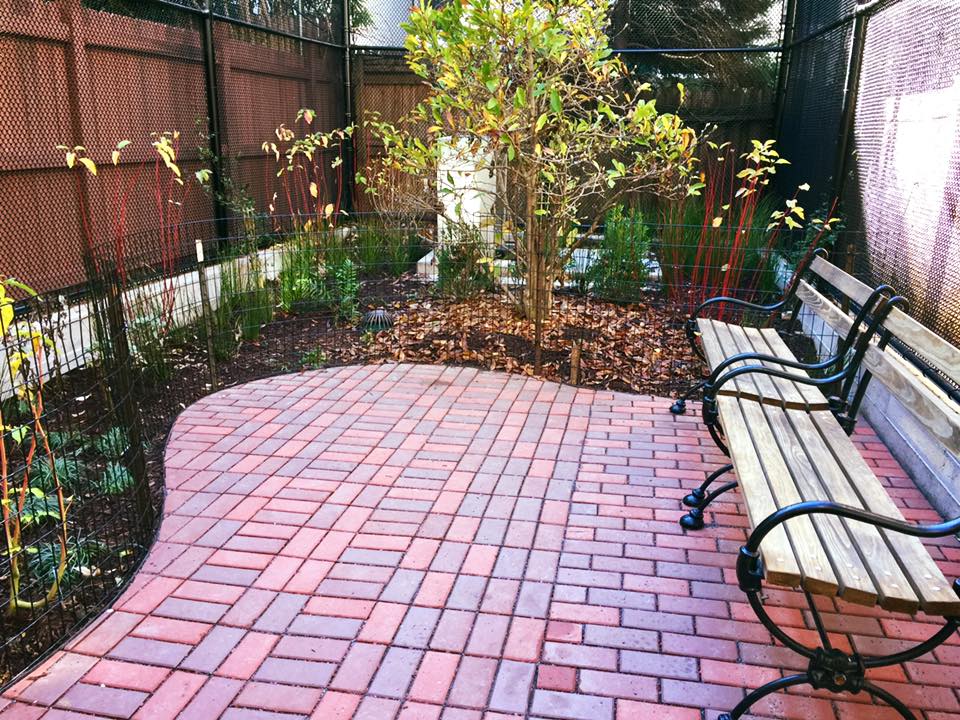 It seems that this place is really loved and kept by the inhabitants of the area: they have a preference for it from Spring to Fall for the hours spent reading books or plan little reunions among mothers and kids.

Prohibitions, carefully described in the regulations at the entrance, make laugh if you consider above all the space available: for example “organizing parties and recreations – really? And where? – without asking before for the permission to the City of New York Parks & Recreations Department”. 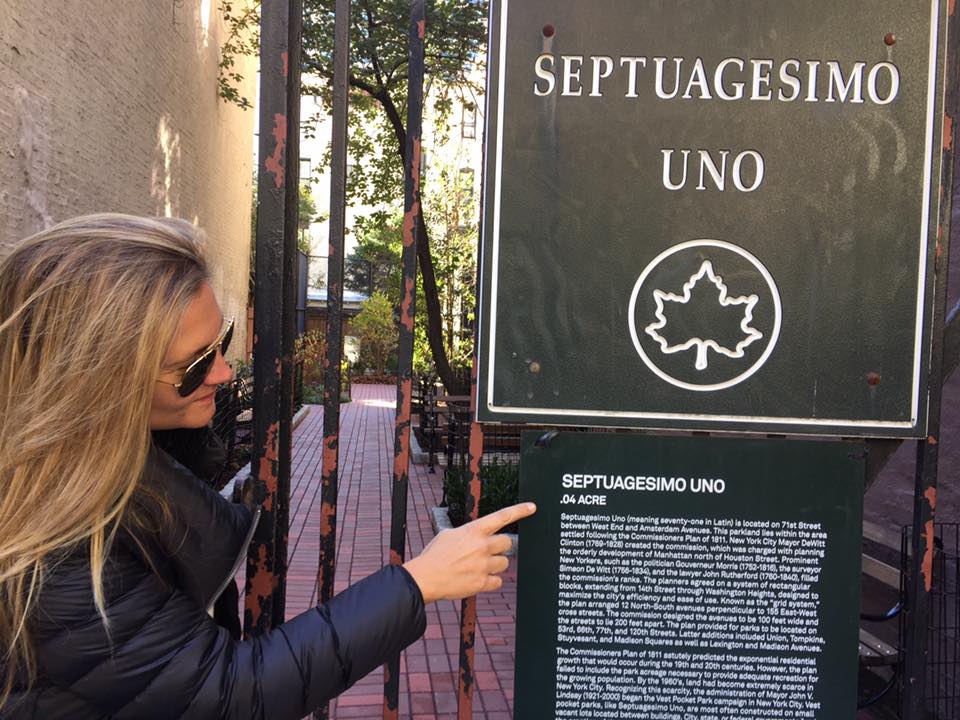 After all this discovering and exploring New York on foot, it just really fits a delicious and economical lunch break, even better if with an unusual and original taste.

Going back on the Broadway and keep going northwards – or using the subway for a stop from the 72nd street if you are a bit tired – reach the street number 2245, near the 79th street subway stop. 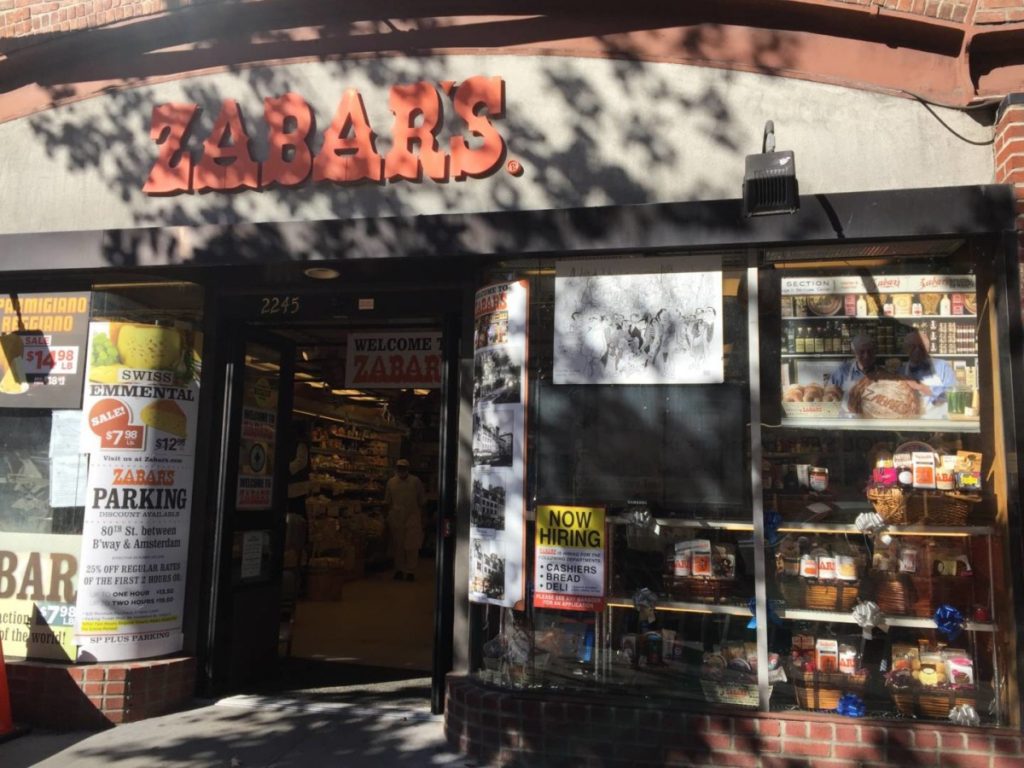 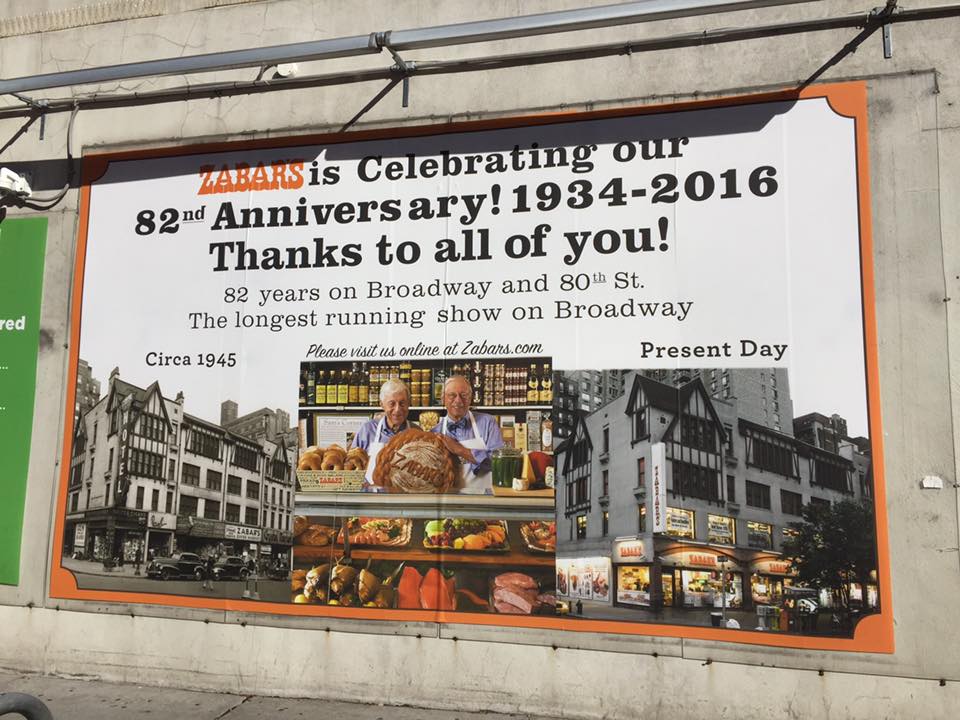 New York on foot: Zabar’s, the tradition goes on

Zabar’s is a sort of historic district market – it has been working since 1934 – with a cafeteria: a good part of the local community, mostly of Jewish origins, gravitate towards it.

It’s a special place, rich in history and tradition.

You can decide to look abouorro a bit among is stalls or even better to stop and taste the delicious just cooked knish Yiddish, cheeses, smoked fish and the fresh ground black coffee. 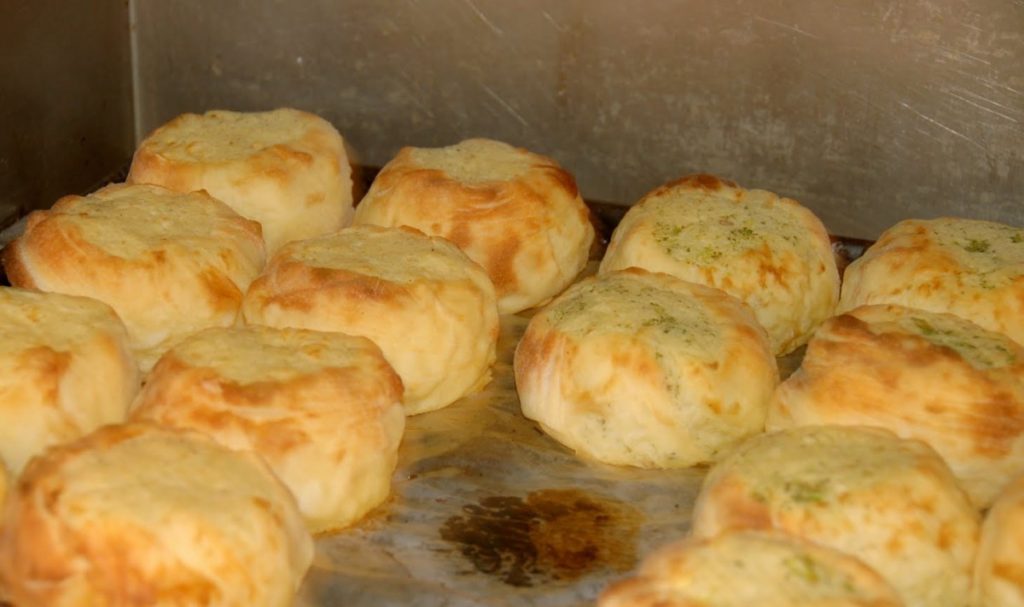 And then keep walking among the other stores rich in local delicacies and the fruit stalls alternated with those ones of old books crowding the sidewalks of the near Amsterdam Ave. 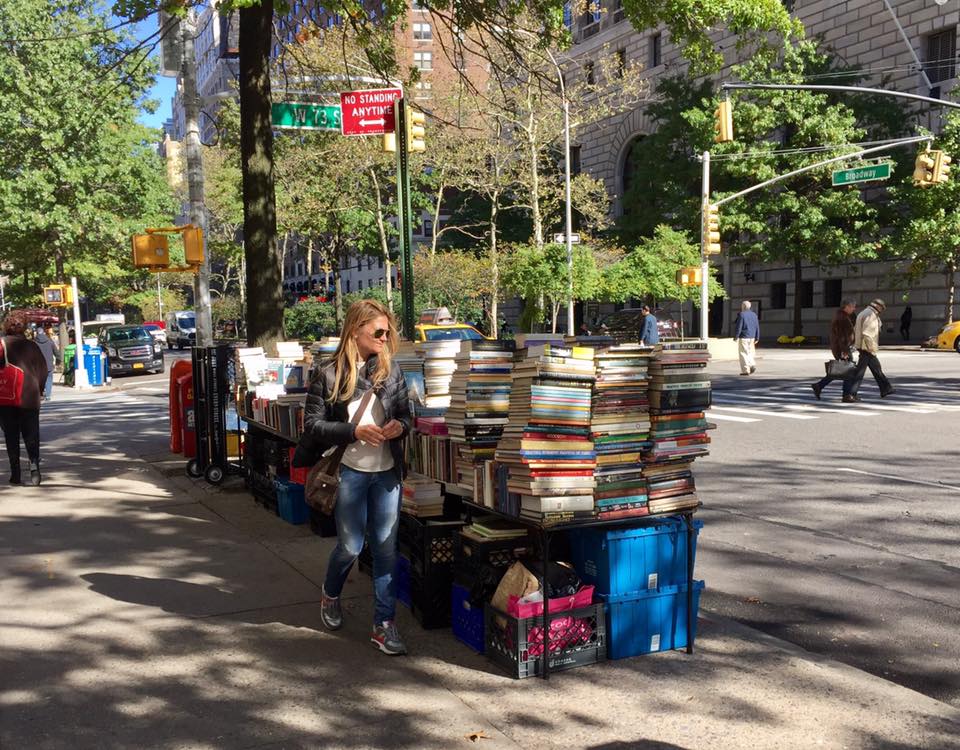 New York on foot: the stalls of old books in Amsterdam Ave

New York on foot: from the Town Houses to the Central Park West museums

The near Riverside Park offers wonderful views of the Hudson River and of the New Jersey.

Stopping on one of its benches to admire the view can be a valid break to the hours spent walking through the Upper West Side.

The streets crossing Amsterdam and Columbus Ave towards Central Park are downright packed with amazing Old Towns Houses, the typical row houses in Brownstone which tells a lot about the Victorian Age architecture in New York in the late 1800s and early 1900s. 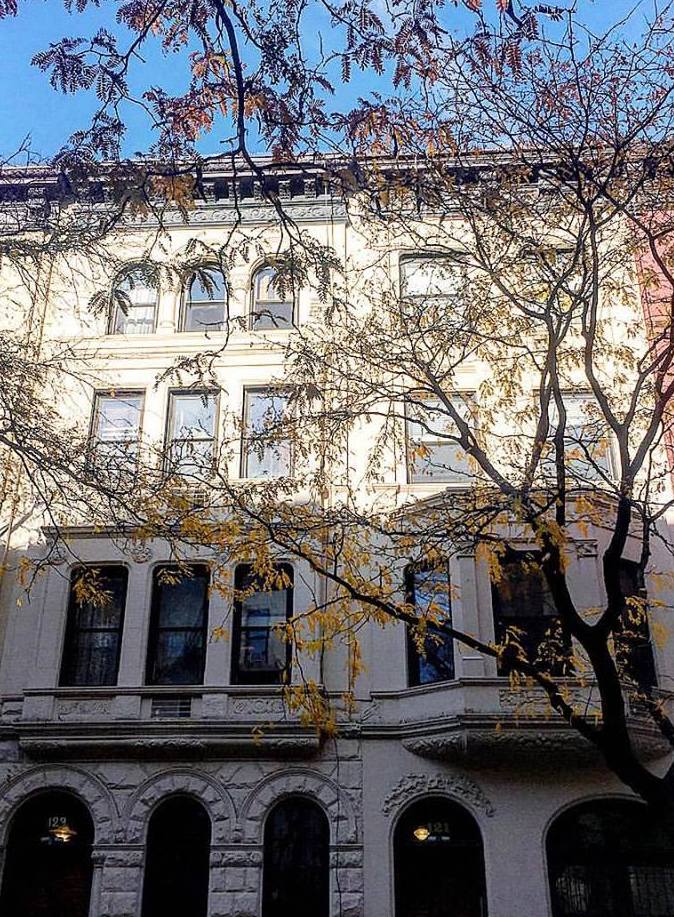 Walking along these avenues can have nice surprises and it’s the best way to reach the final legs of the itinerary: the American Museum of Natural History – highly recommended for families with kids – with its permanent exhibitions about Dinosaurs, and the adjoining and unfortunately less famous but very beautiful New-York Historical Society.

Here you find everything you would have wanted to know – curious issues included – about the history of New York, its characters, the stories, the events and the peculiarities which made it the unique city New York is today.

A very beautiful museum founded in 1805, an historic building on Central Park West – Abraham Lincoln personally welcomes you at the entrance – which keeps over 50.000 among objects and relics related to the city. 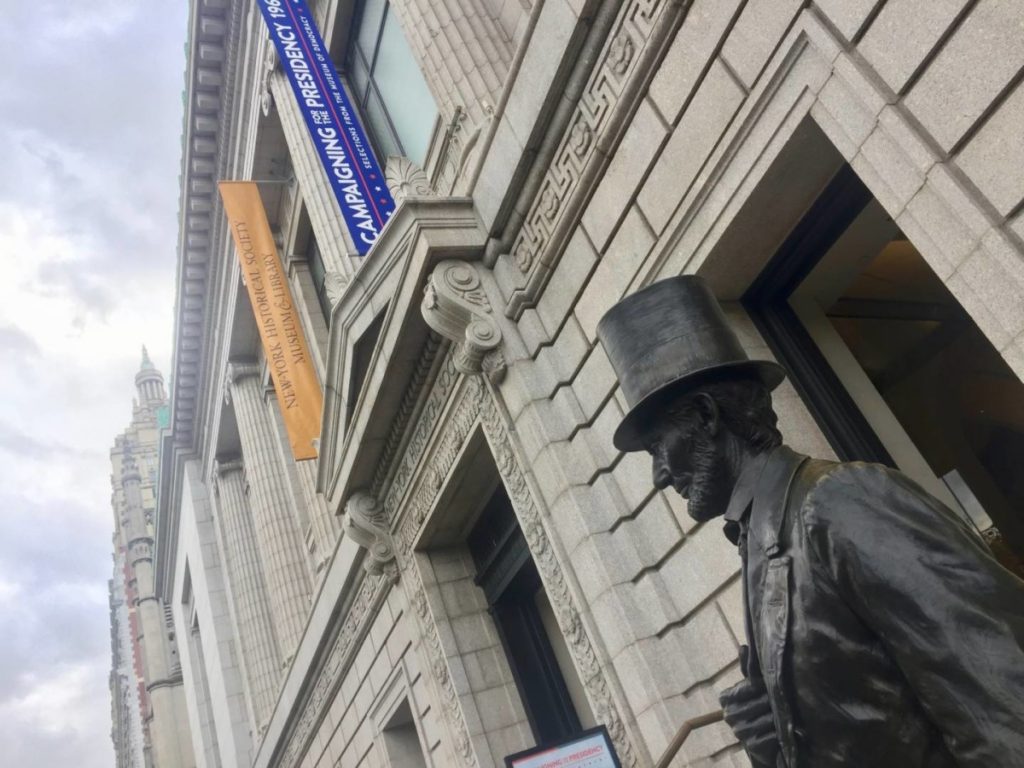 The near 72nd street subway stop will take you again to the Midtown, Lower Manhattan and Brooklyn Stations.