There are many secret places in New York.

I mean that multitude of buildings, gardens, streets, libraries, museums and ancient dwellings – I love writing about them so much – hiding inside themselves and in their bowels sometimes, stories and tales of the past and recalling moments, characters and events tied to other fascinating and unforgettable eras. 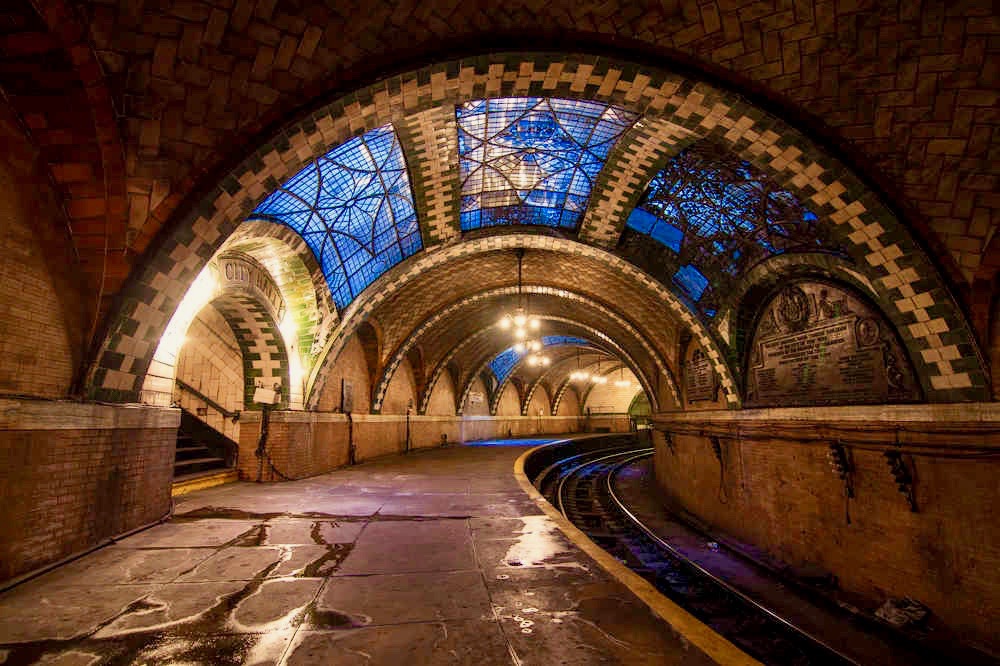 This time I want to talk to you about a place even more secret, literally hidden to everyone’s eyes, whose memory unavoidably takes you back in time until the splendors of New York of the early 1900s. More precisely to the opening of the Interborough Rapid Transit, the first subway of the city and its leaving station – the City Hall – very beautiful and fascinating station of Line 6.

About the historic moment it has represented – undisputed symbol of the New Yorker “belle époque” – about how it went into disuse suddenly in 1945 until disappear in the historic memory of the New Yorkers, so become a “ghost” station, and how it is possible (a not so easy thing, you know it) to be able to visit it today.

“What else could I say but I loved everything about the subway? I loved the long galleries, the smoking trains,

the complex links of the lines, each of them got one’s own feature, one’s own identity, so to say.” 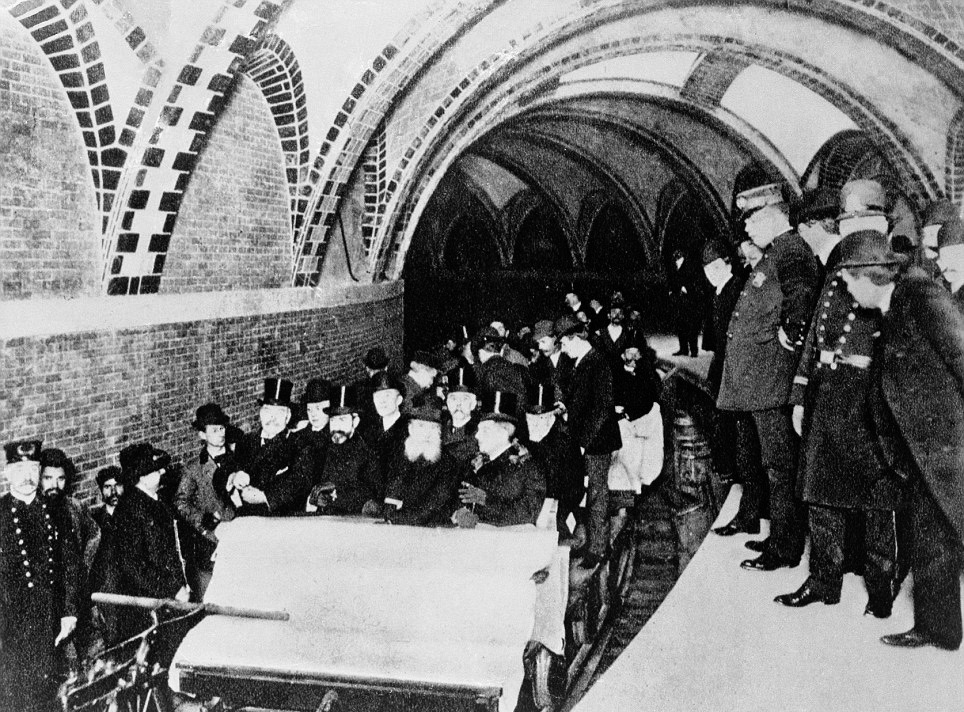 Secret places in New York: the City Hall subway stop in a picture dating back to 1904

Secret places in New York: the history of the City Hall

City Hall station – the pride of the first New Yorker subway – was projected by the architects Heins and LaFarge with the aim to amaze travelers: not a simple stop of the Interborough Rapid Transit, but a downright monument to admire and to make the entire world talk about. 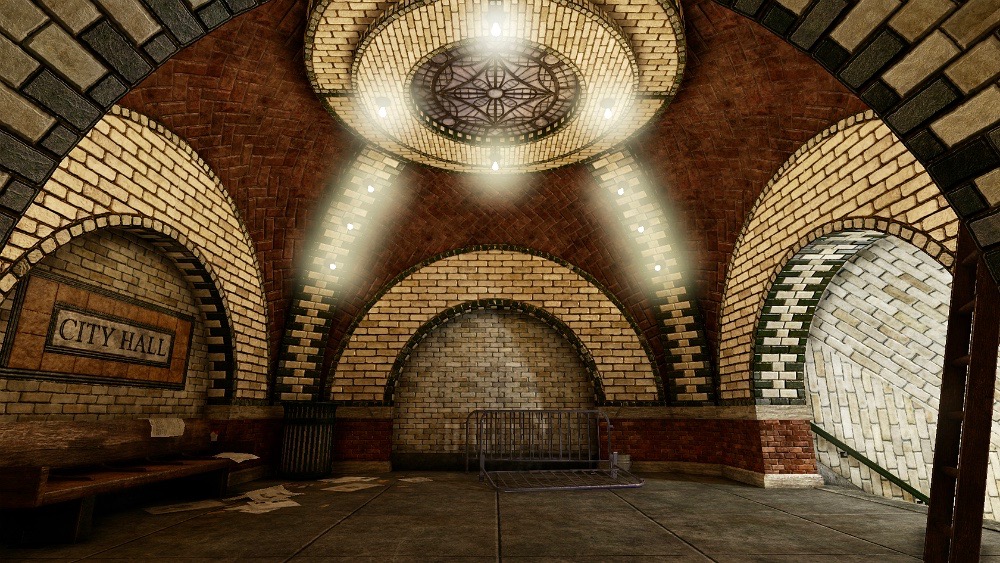 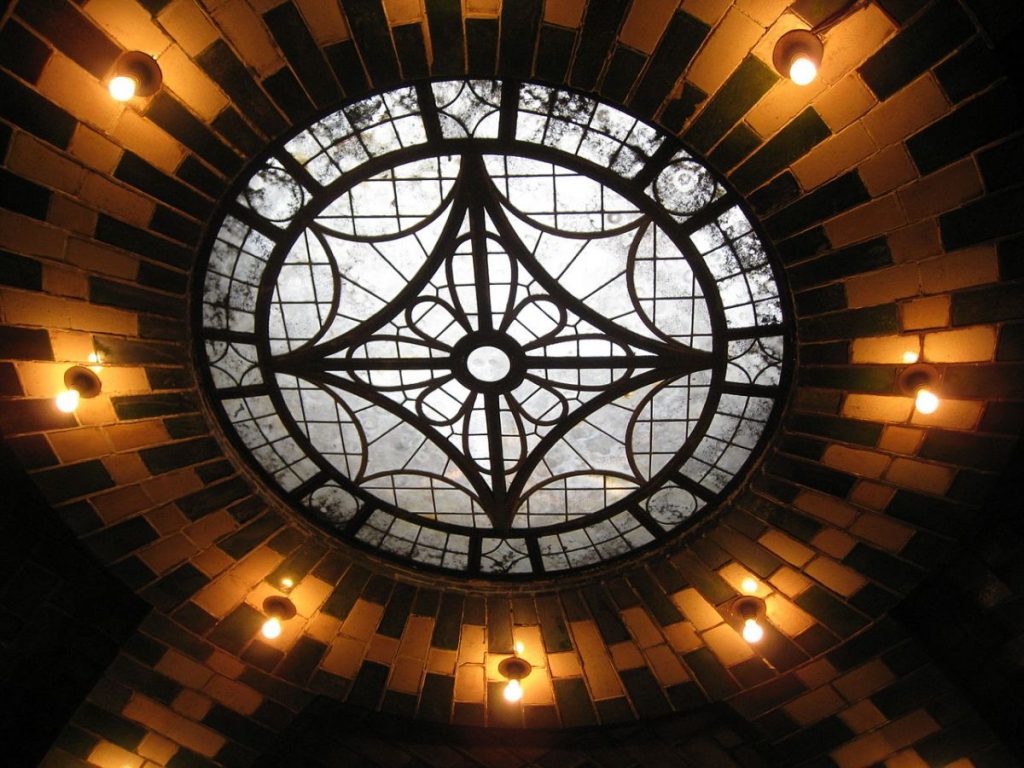 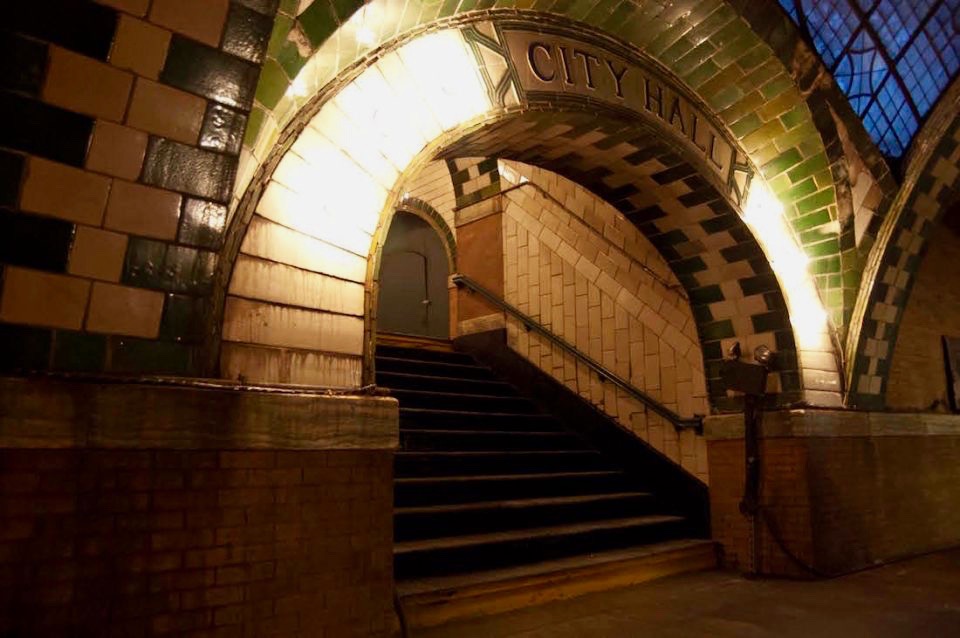 Over 100.000 people took part into the event, among them the major exponents of the High Society of the early 1900s who were delighted by the idea of going down to a place that (quotation) “appeared more as a ballroom or the hall of an opera theater than a metropolitan station.”

The news of that time tell about the great astonishment awaken, the lines to have a simple run by subway, even joyful chorus and music. 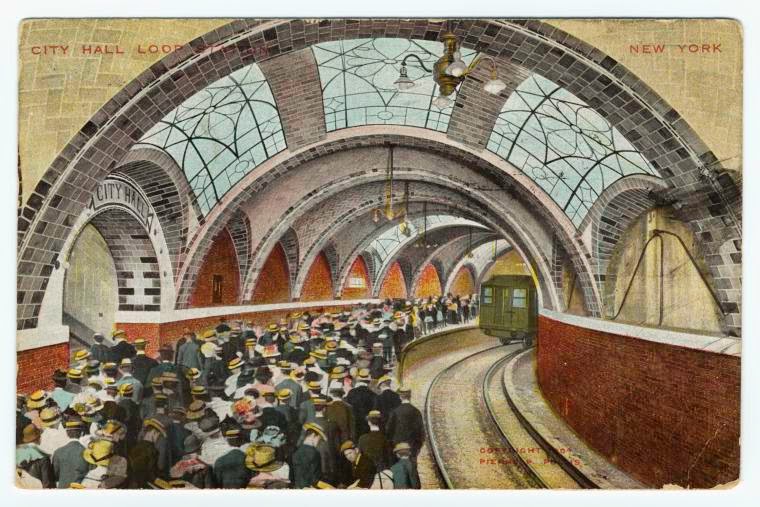 Unfortunately, the particular conformation of the station – a very narrow curve which allowed the trains with 5 cars max to stop – the lengthening of the trains and the successive widening of the metropolitan urban system, put it literally out of the action after few dozen years.

The City Hall was closed definitively on December 31st, 1945.

Secret places in New York: the curve of the City Hall subway stop in a planimetry of that time

Secret places in New York: how to visit the City Hall today

There are two ways to visit the City Hall today.

The first one – certainly easier and quicker even if less “satisfying” considering the short time in your hands – allows to sight it quickly covering the route of line 6 by subway, usually that one indicated with the green color, southwards.

Sit down on the seats on the right in your direction: from the Canal Street stop as far as the terminal – the Brooklyn Bridge/City Hall station – keep your look on the window. With a bit of luck and the right light you’ll be able to sight a part of it, retro atmosphere, ornaments and colored ceramics included.

On the contrary, if you want to visit physically the station – get exciting going down the stairs towards the City Hall personally and admire its precious decorations, you will have to get a lot of patience and a membership card of the New York Transit Museum. 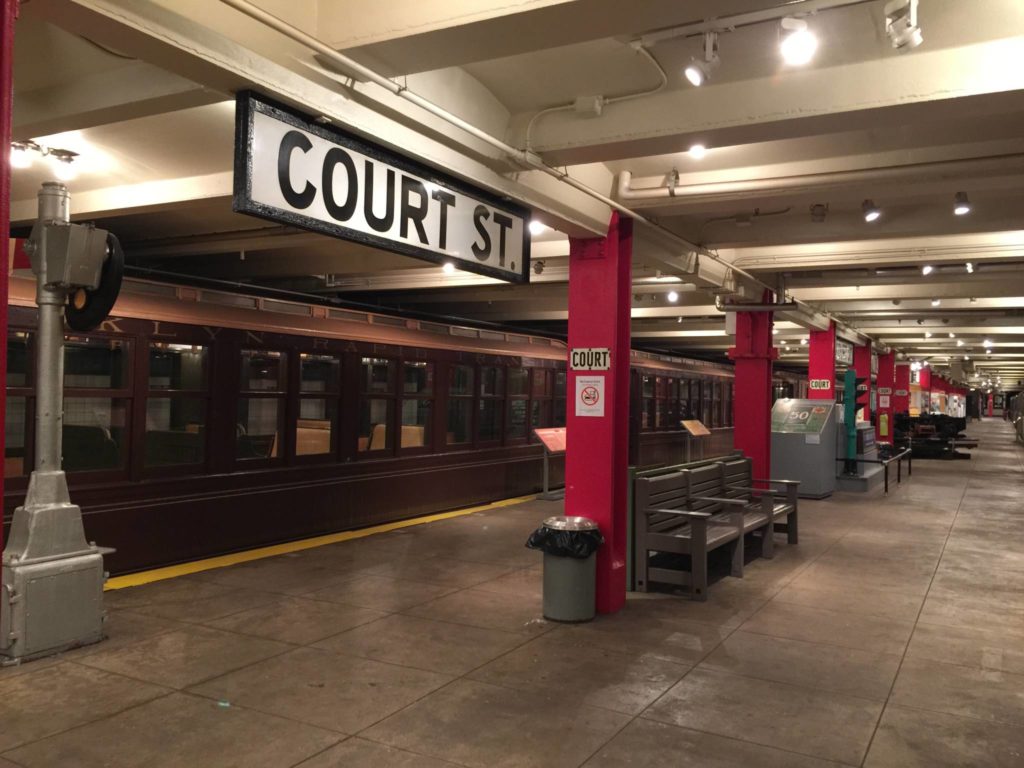 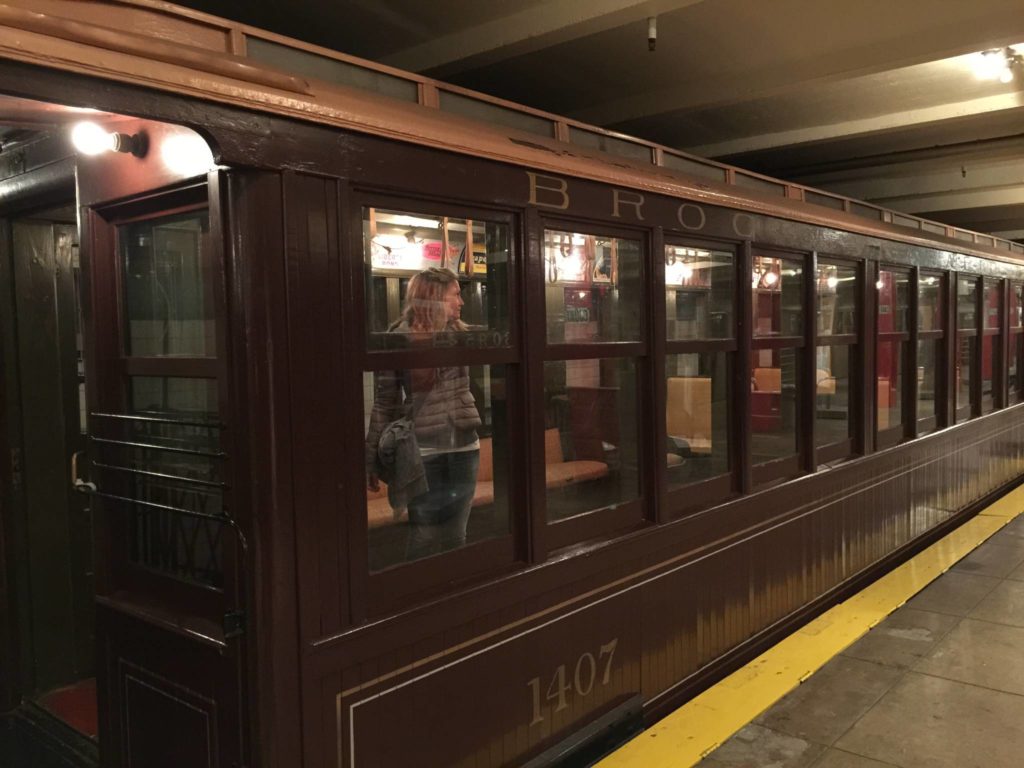 Secret places in New York: The New York Transit Museum and the guided tour of the City Hall

The New York Transit Museum goes over the whole history of the New York subway: lines, trains, the fascinating cars used in the several eras (many of them are still used today in particular periods of the year).

It is, too, inside a station closed to the traffic since decades, by now, in Court Street, Brooklyn.

The enrollment to become a NYTM member is for fee – $60 adult, $75 couple – and it is valid for one year precisely from the month of the enrollment and allows to include a guest in the special tours organized by the museum, for example once/twice a month that one completely dedicated to the City Hall.

Tours – they last 90 minutes about and cost $50 – begin with a “historic” walk in the neighboring area and they end going down and exploring the City Hall. 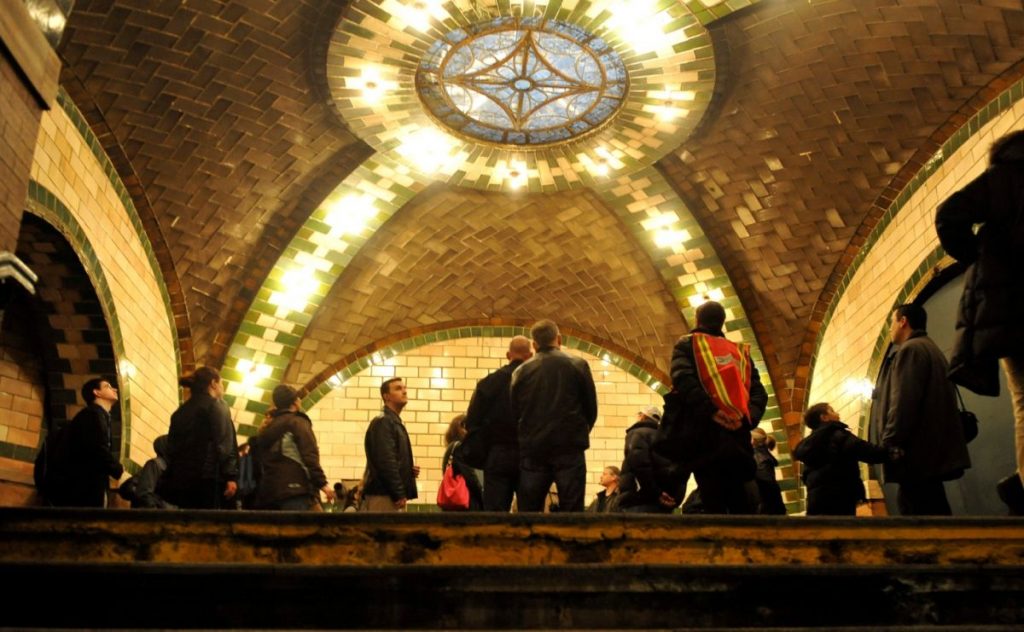 In certain periods of the year – always through the New York Transit Museum official website or through their newsletter – dates and schedules of tours are given. 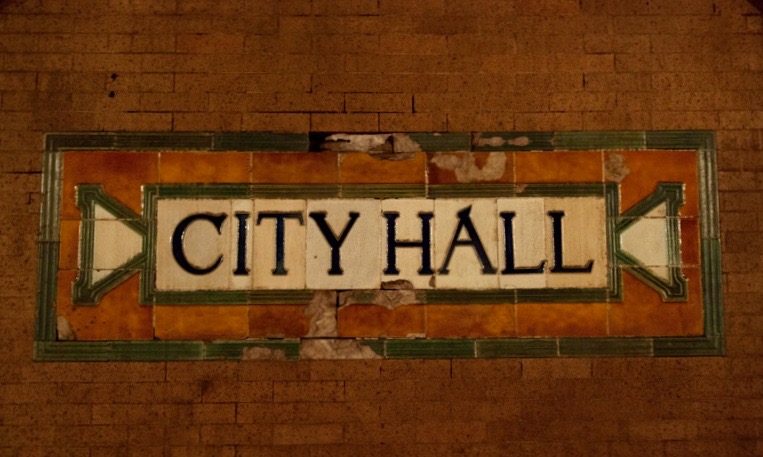 It is allowed to take photographs and shoot videos exclusively for personal use inside the station. On the contrary, it is necessary to ask the museum for a special permission if you are going to use the photographs for business, media, press et cetera. 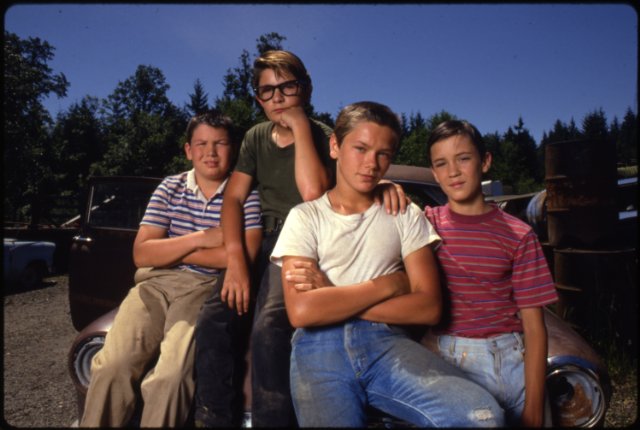 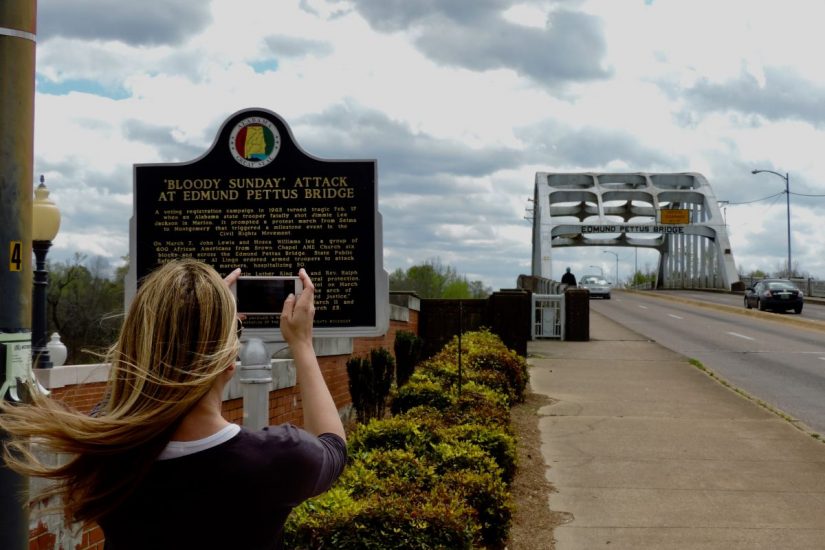