New York City is lucky to have a group of firefighters who overcomes fear to serve others.

FDNY, is an acronym that many of you have surely noticed, even in passing, walking through the streets of Manhattan and other boroughs of New York.

It’s the acronym of the New York City Fire Department, the department that manages, administers and organizes all the barracks of the firefighters of the city. 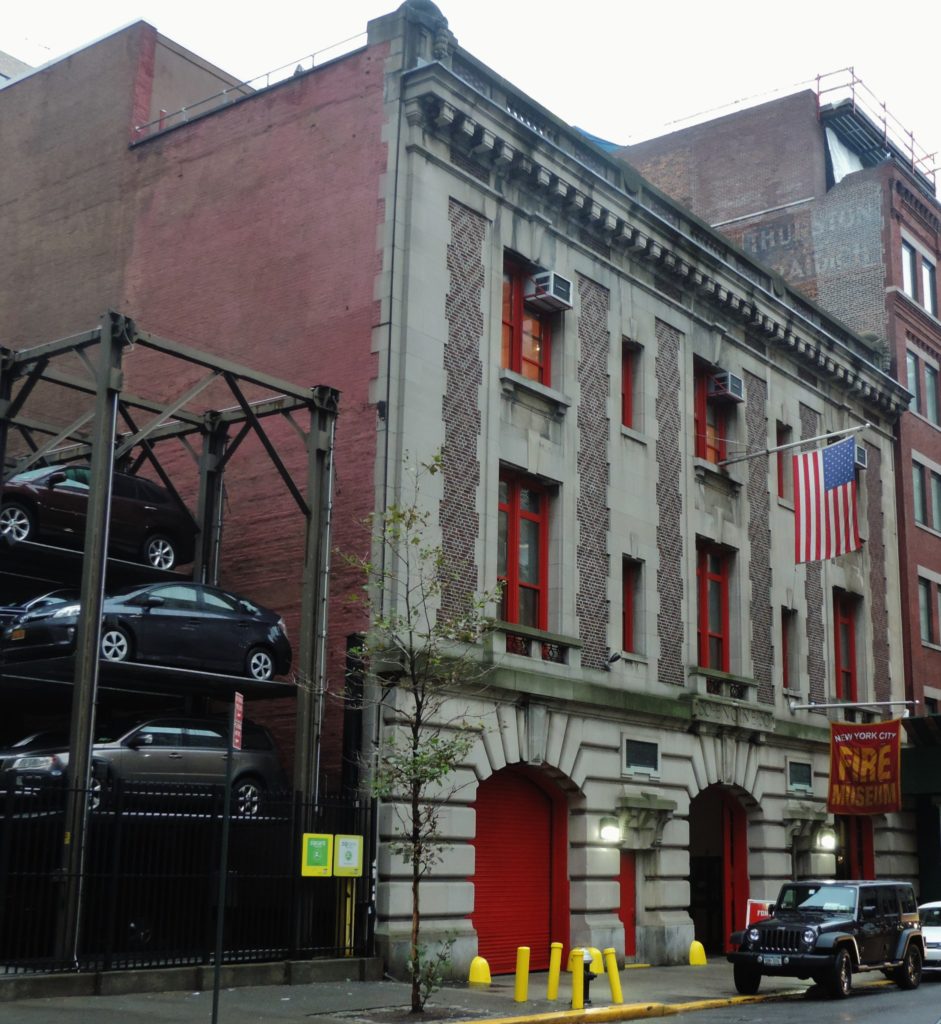 Men that become heroes in the collective imagination not only for the type of work done, almost always to the limits of personal security to ensure that of others, but also for the support and the price paid in terms of the victims in the tragic events that followed the terrorist attacks of September 11, 2001.

The group of firefighters of New York was born spontaneously in 1737 by the courageous decision of numerous volunteers to unite and create a kind of special committee to handle emergencies and problems born by population growth of the city.

Only in the second half of the 800’s the group became a real metropolitan department with military training, specialized training courses (to decrease accidents and the high mortality rate in the workplace), salaried and strict rules that must be followed especially during the rescue. 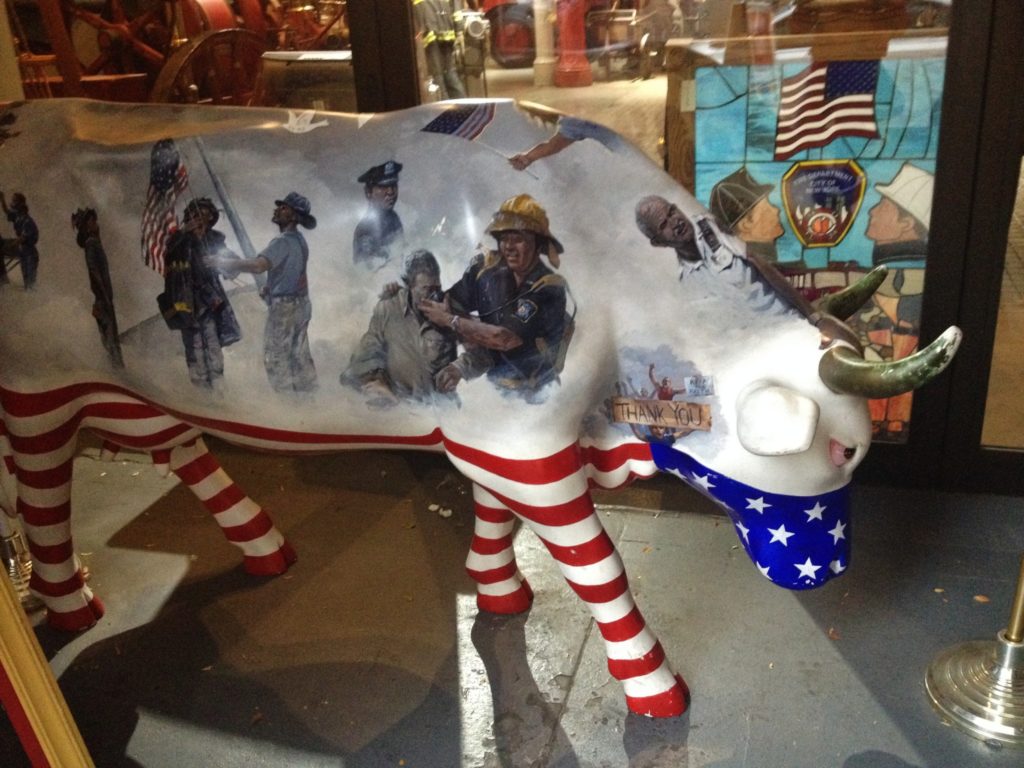 The New York City Fire Museum, the Bull in the entrance

Today the FDNY has a community of 12,000 people which safeguard and if necessary take care of a population of nearly 8 million residents, in a metropolitan area of about 300,000 square miles.

Only few people knows that in the West Village at 278 of Spring Street, shortly before crossing Hudson Street, in a old barracks of 1904 there is the New York City Fire Museum, a permanent exhibition on the history of the Fire Department from birth until today.
The museum is organized mostly on two floors, it is useful to start from the second floor to retrace chronologically the events that marked the 200 years of the history of the department. 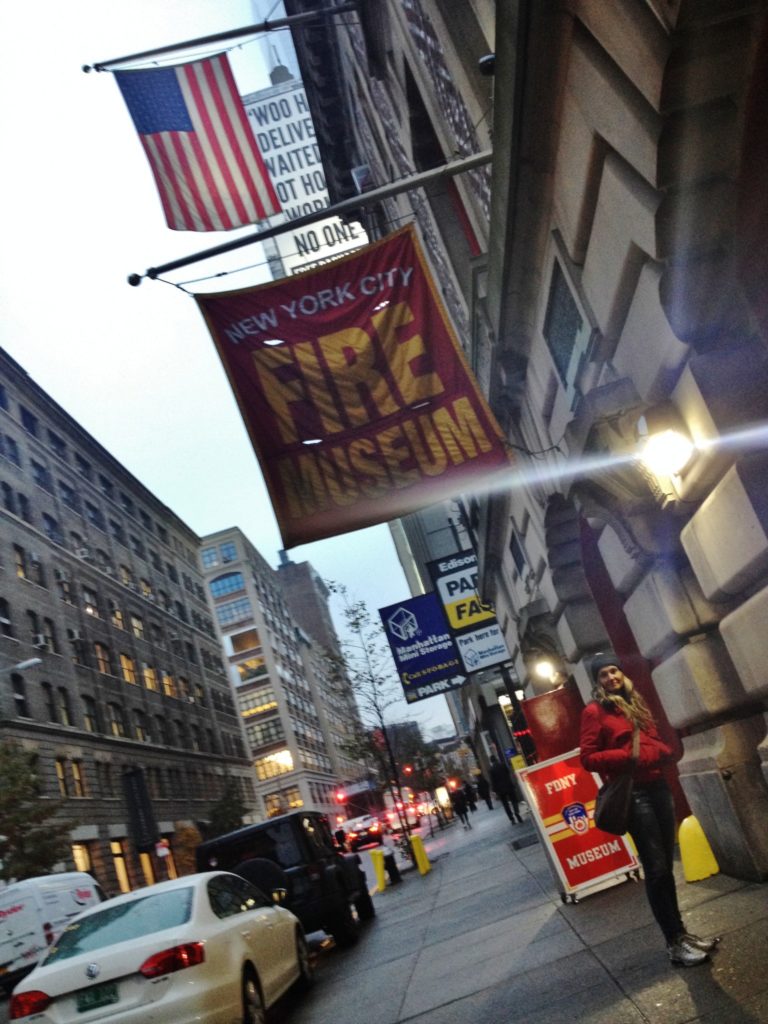 Welcome to the The New York City Fire Museum

Do you find yourself in front of huge nineteenth-century carriages used to transport the barrels of water and pumps to extinguish fires or vintage photos like those depicting the Bucket Brigades, the so-called “brigades of the buckets“.

It turns out, surprised, that the symbol of the Fire Department, a red cross with the initials FDNY, is based on that of the Maltese Cross, the meaning is unmistakable… Who wears this badge is ready to sacrifice himself to protect others! 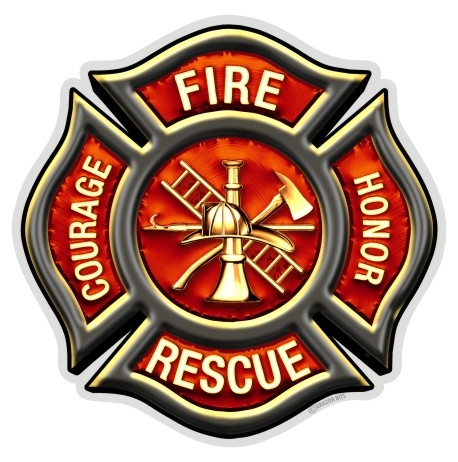 You can see storefronts filled with curious things, plaques, awards, megaphones, smoke hoods, hats for work and newspaper clippings which lists the most significant episodes of the department.

And then there are the names of firefighters who have died in service, their uniforms, their tools, pumps, pipes right up to modern red trucks whizzing with their flashing lights on the streets of New York. 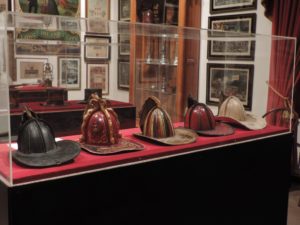 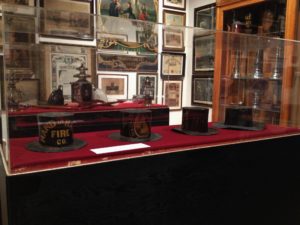 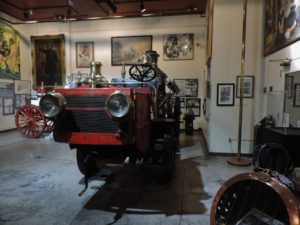 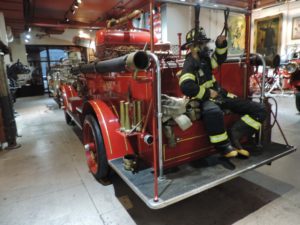 The most emotional moment of the visit is undoubtedly the one where you reach the room which commemorates the heroes of September 11, 2001. 9/11, the Memorial Hall

Did you know that in that single, unforgettable, awful day the FDNY lost 343 men?

In this touching memorial are collected the names and photos of all the firefighters who died, including the head of the department, the chaplain, 14 battalion chiefs, 17 captains, 46 lieutenants and 264 firefighters, some uniforms used that day and part of what remains of 90 trucks and ambulances that were completely destroyed. 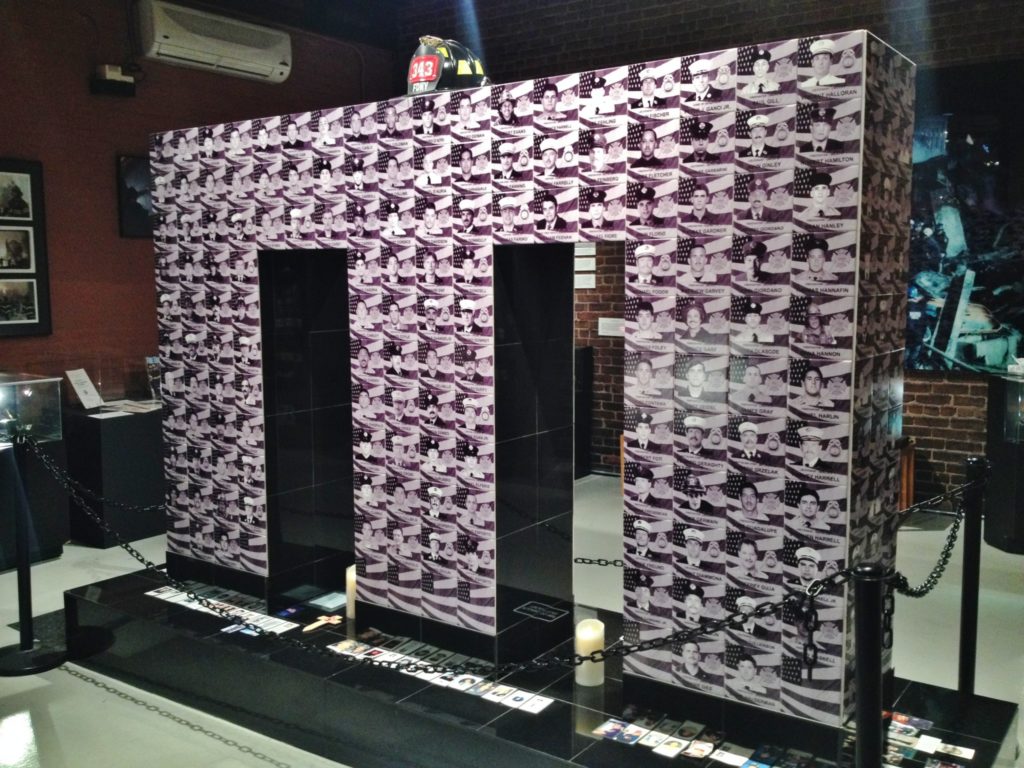 The names and the photos of the Heroes of 9/11 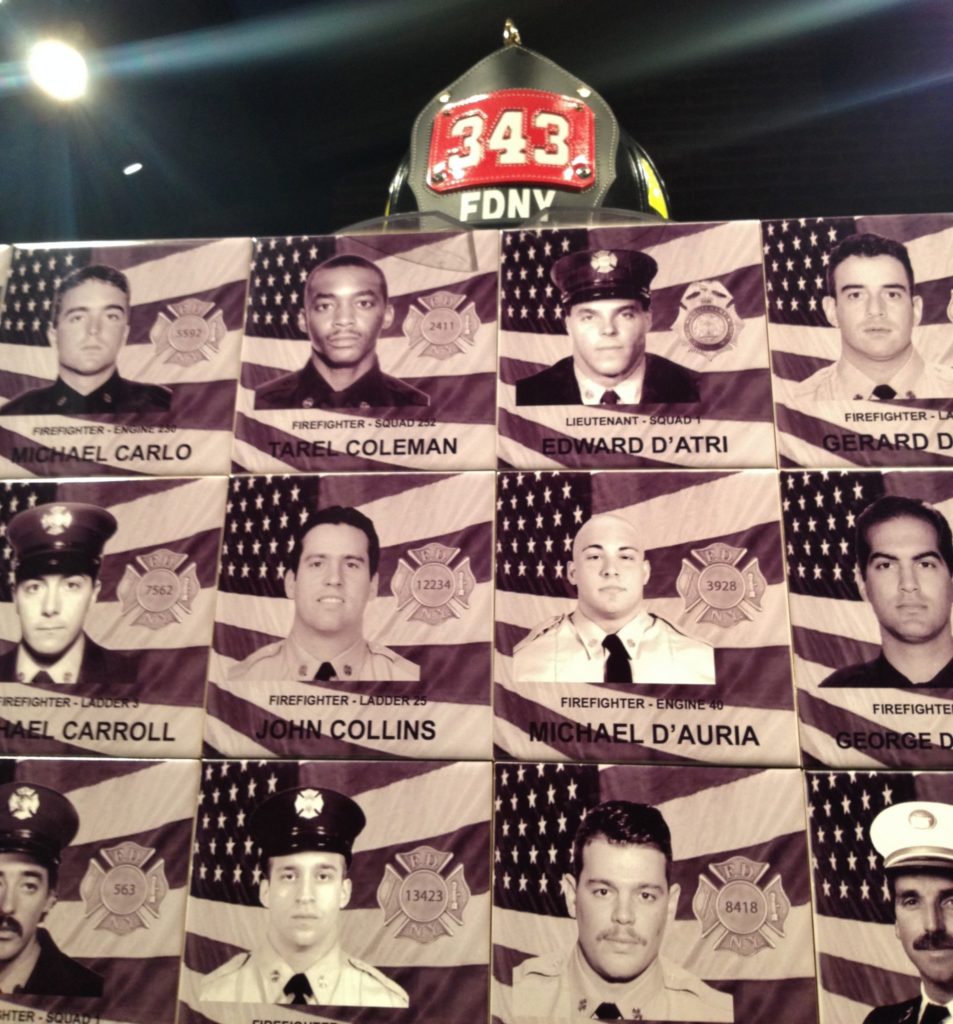 The names and the photos of the Heroes of 9/11, details 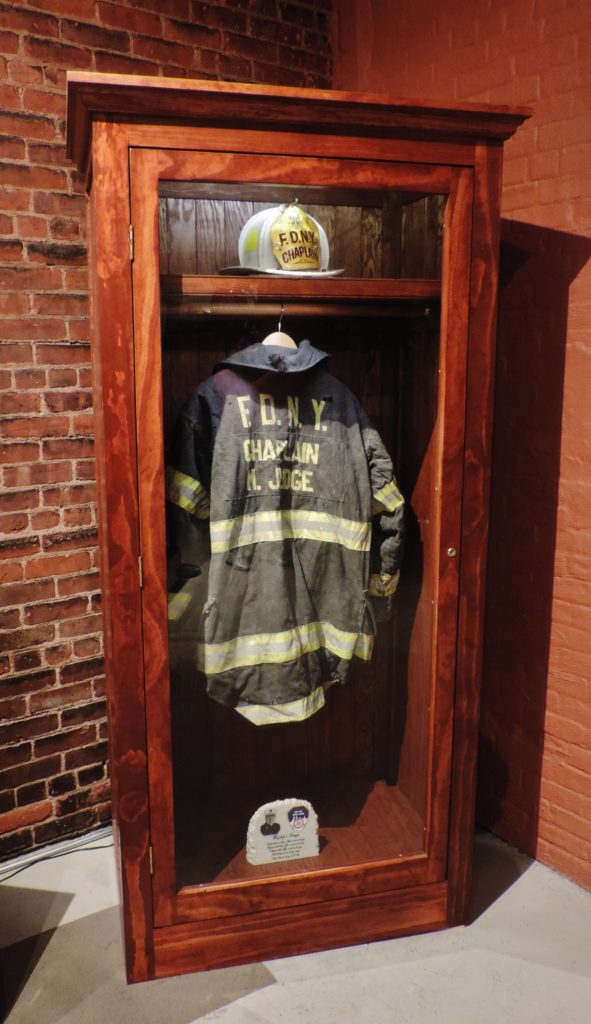 You can feel the pain but it’is also perceived as much pride and an instinctive feeling of being part of something big, special and indispensable.

which led to extraordinary acts of courage and dedication of others …

No group embodies a sense of devotion and service as much as the FDNY. 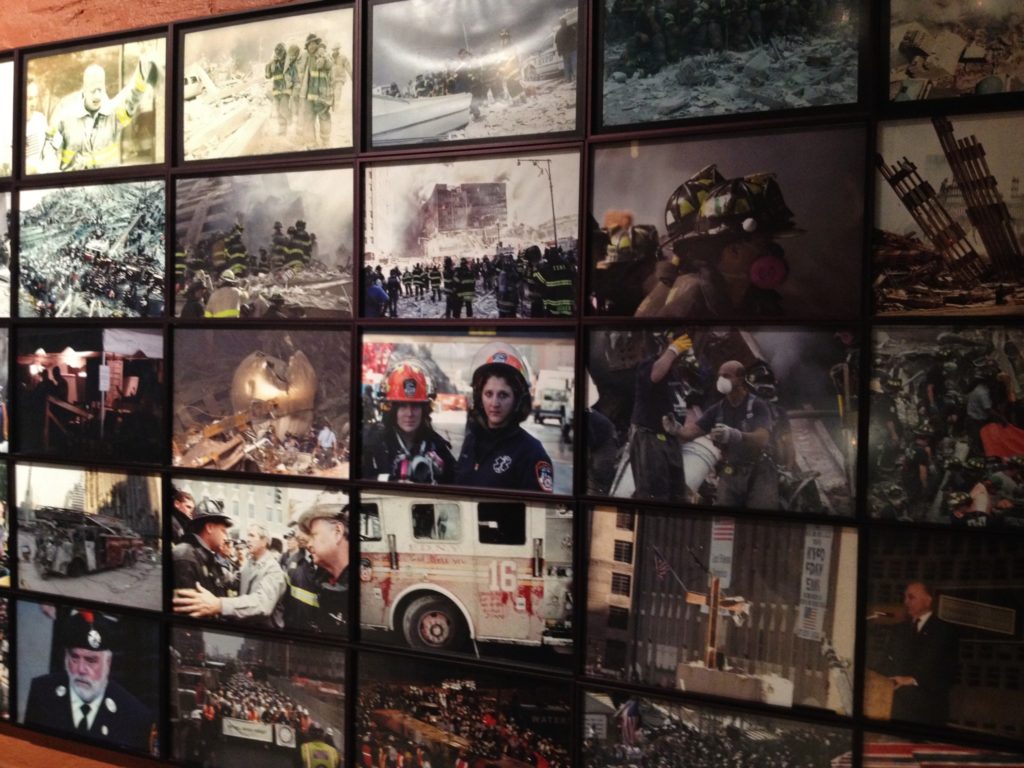 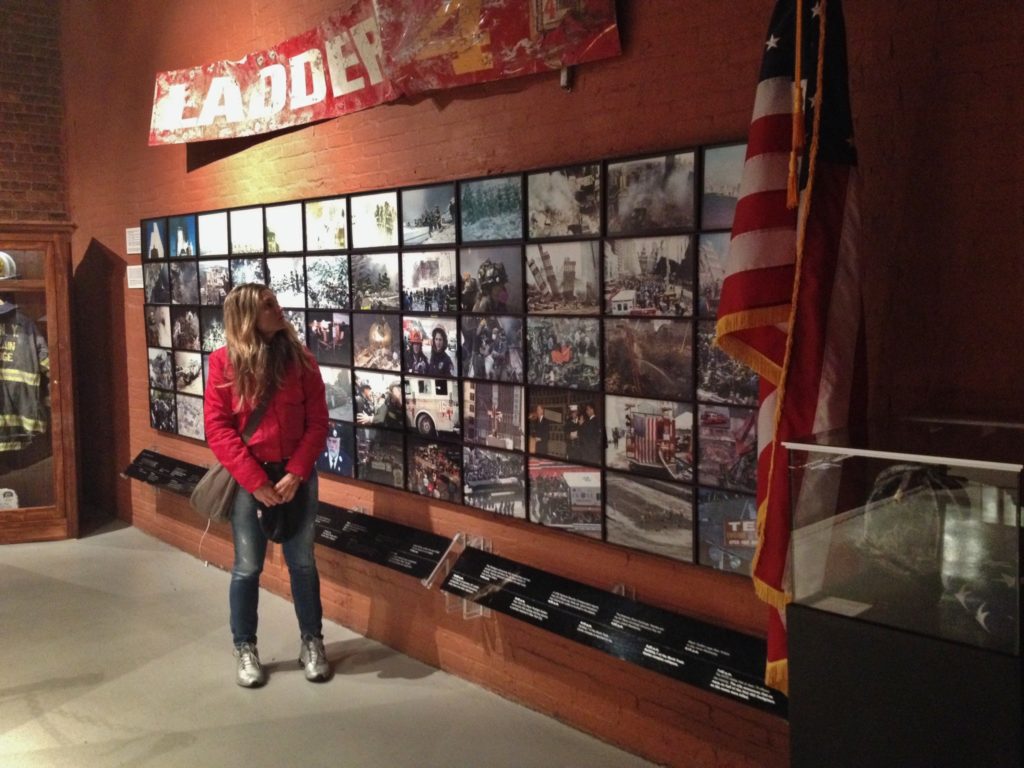 The New York City Fire Museum is located at 278 Spring Street, the closest metro line to achieve it is the blue of Spring Street.

Admission is about $ 6 (it is more an offer than a ticket). 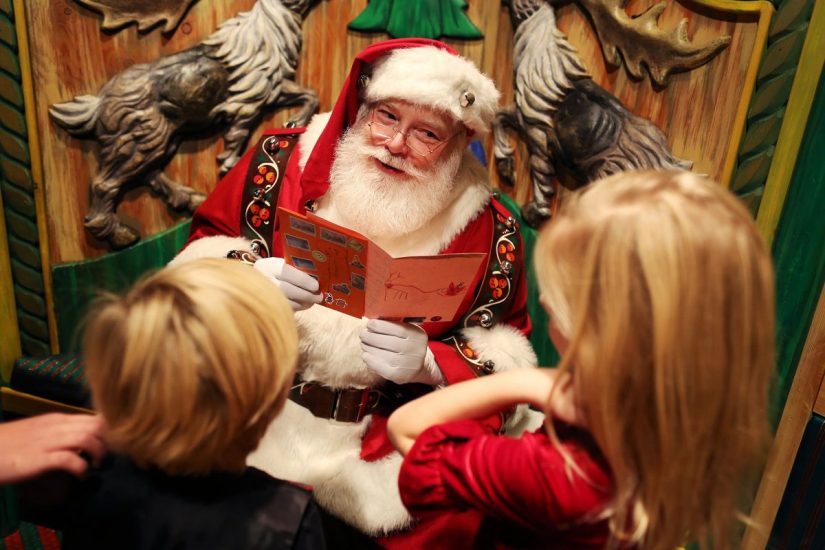 7 reasons to visit New York in December: from the special events dedicated to Christmas as far as the places where to admire the most suggestive decorations 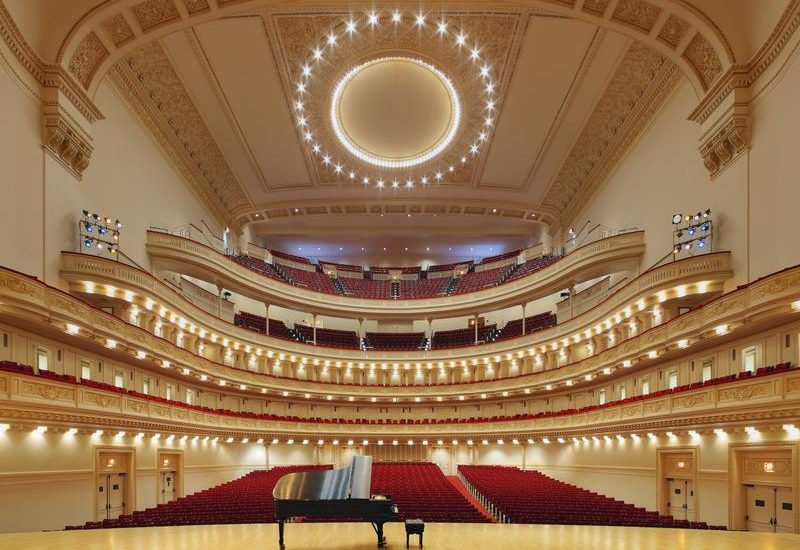 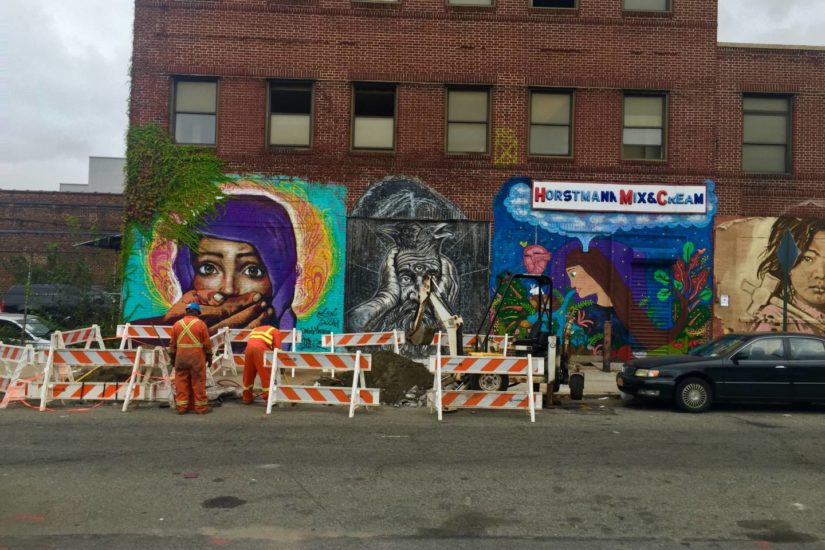 Unusual New York: what to see in Queens. Tour and tips to discover by yourself