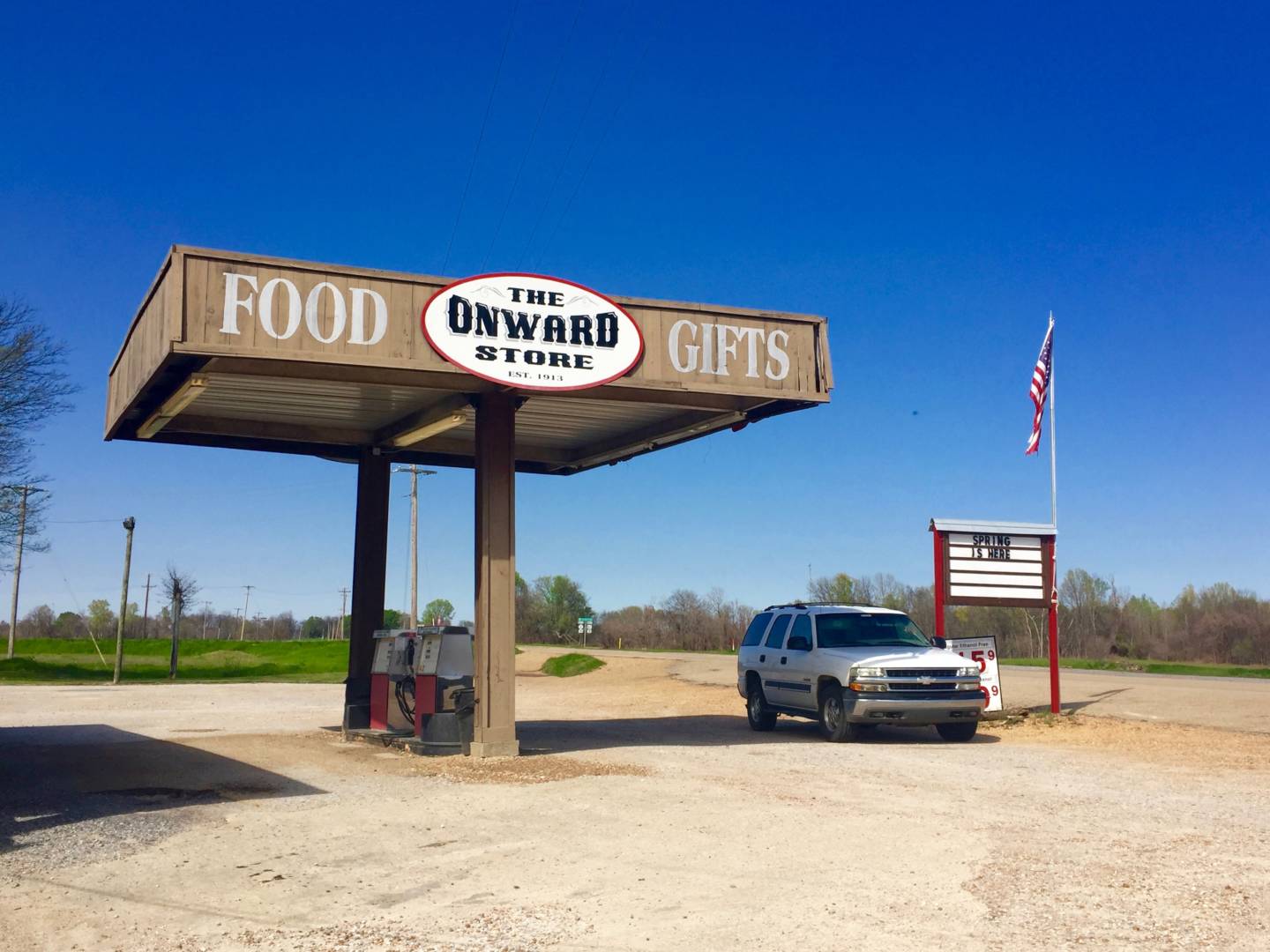 The Onward Store, one of the many surprises of my latest journey to Mississippi.

As always, the protagonist of my on the road through the USA is the road.

The road taking – like a thin thread of boundless cobweb designed on purpose – to unexpected places, which are able to reveal to you stories, tell you about anecdotes and unveil to you bounds with characters of the past you’d never imagine such interactions.

The road which is able to take you back in time and give you authentic moments of real journey, real emotions, real America. 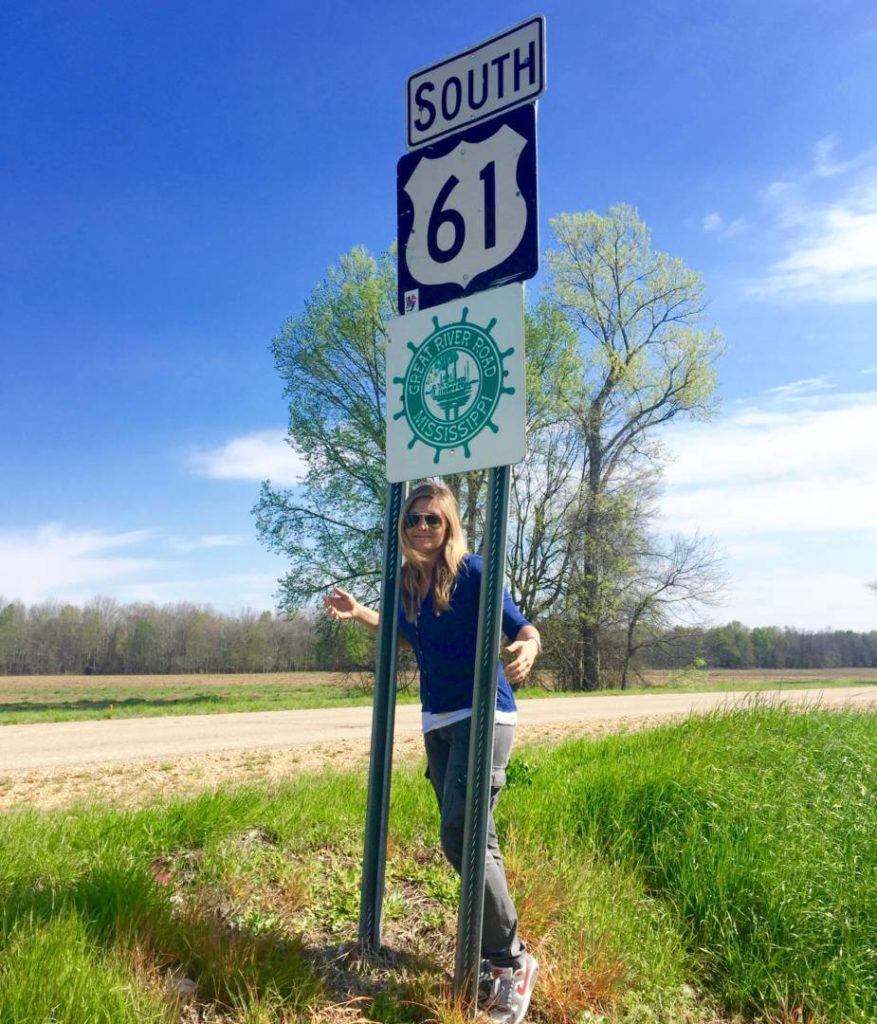 A journey to Mississippi, towards The Onward Store

Travelling through the Mississippi Delta southwards, form Grenville as far as Vicksburg, the Blues Hwy 61 intersects and joins for several miles the Great River Road.

The route offers views of the typical Delta landscape, marshes alternated with wide green spaces, cotton fields and little canals. In the middle there’s the road, some crossroads taking to the few small towns in the neighborhoods and an horizon almost always shaded that finds it difficult to outline a distinct border between sky and land.

After have gone past the small town of Blanton, about 2 miles southwards, immediately after the crossroads with the US Ms 1 (more precisely at 6963, Hwy 61), on the right you run into old wood, bricks and lime building of The Onward Store. 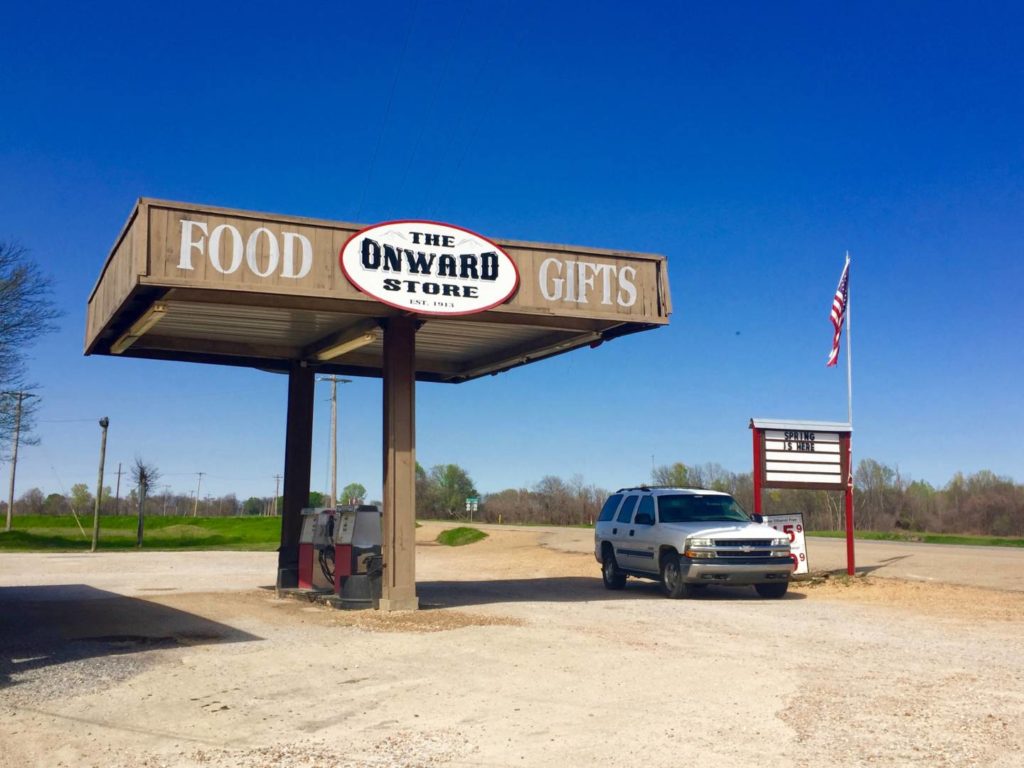 A dusty service station dating back to 1913 which has inside an old grocery, a restaurant (very good for a cheap gastronomic stop with Delta specialties like catfish, po’boy, fried green tomatoes and tasty crawfish) for regular customers, tourists and hunters. And a history – definitely incredible considered its position in the middle of nothing – to tell about. 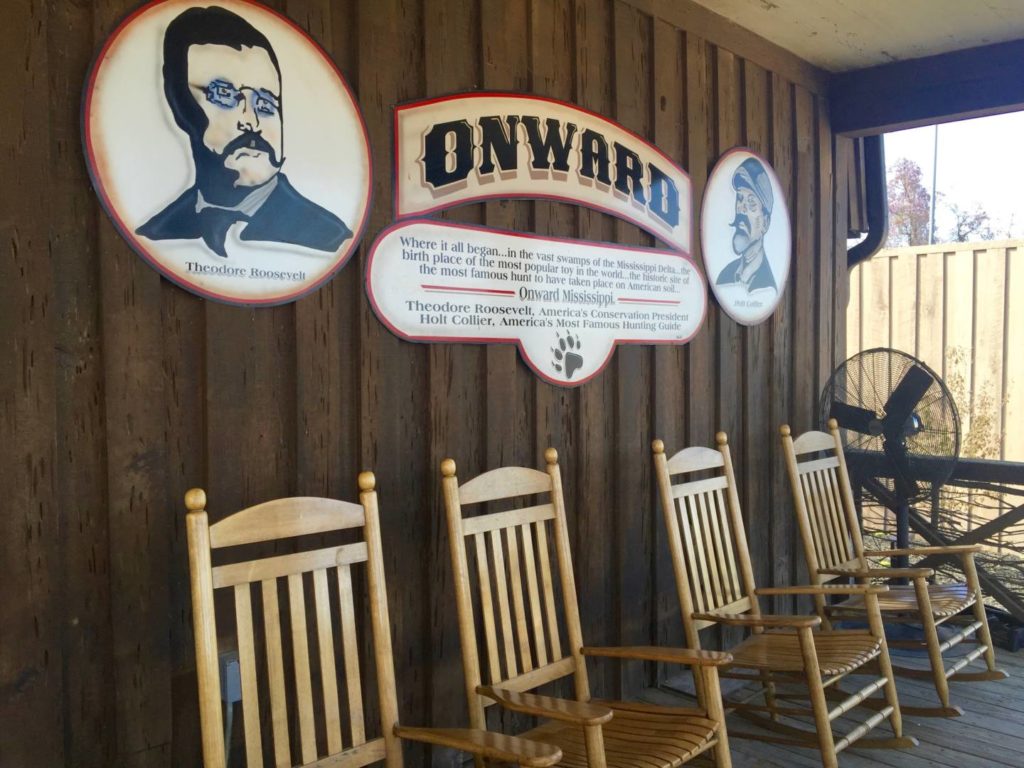 A journey to Mississippi: the Onward Store 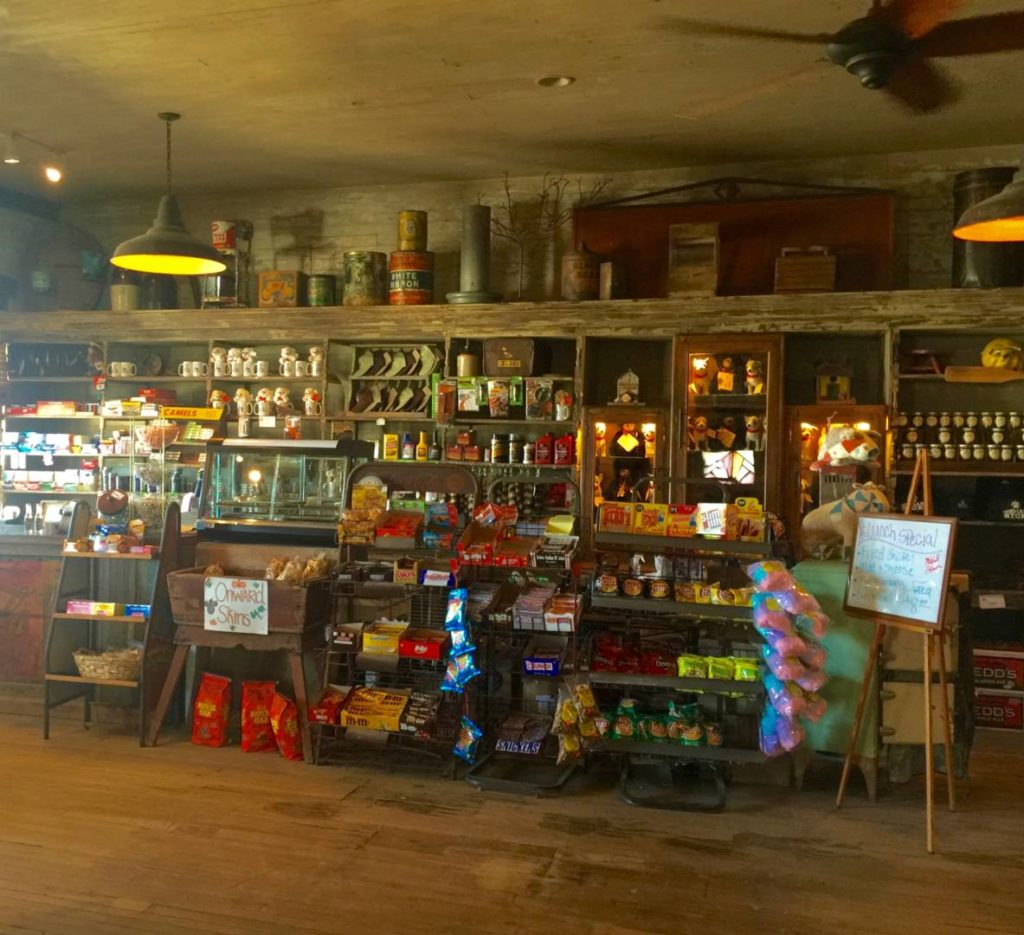 The Onward Store, the inside

A journey to Mississippi: Theodore Roosevelt and the most famous bear haunting in America

In Fall of 1902, during his second year at the White House, the President of the United States Theodore Roosevelt received an invitation from the Governor of Mississippi, Andrew Longino, to open the annual bear haunting season.

On November 14th in that year Roosevelt – guest of Mr. Mangrum at the Smedes Plantation in the south of the Sharkey County, one mile far from the actual Onward Store – accompanied by Holt Collier, one of the most skilled and clever hunters of Delta, took part into that then will have been revealed the most famous bear haunting in America. 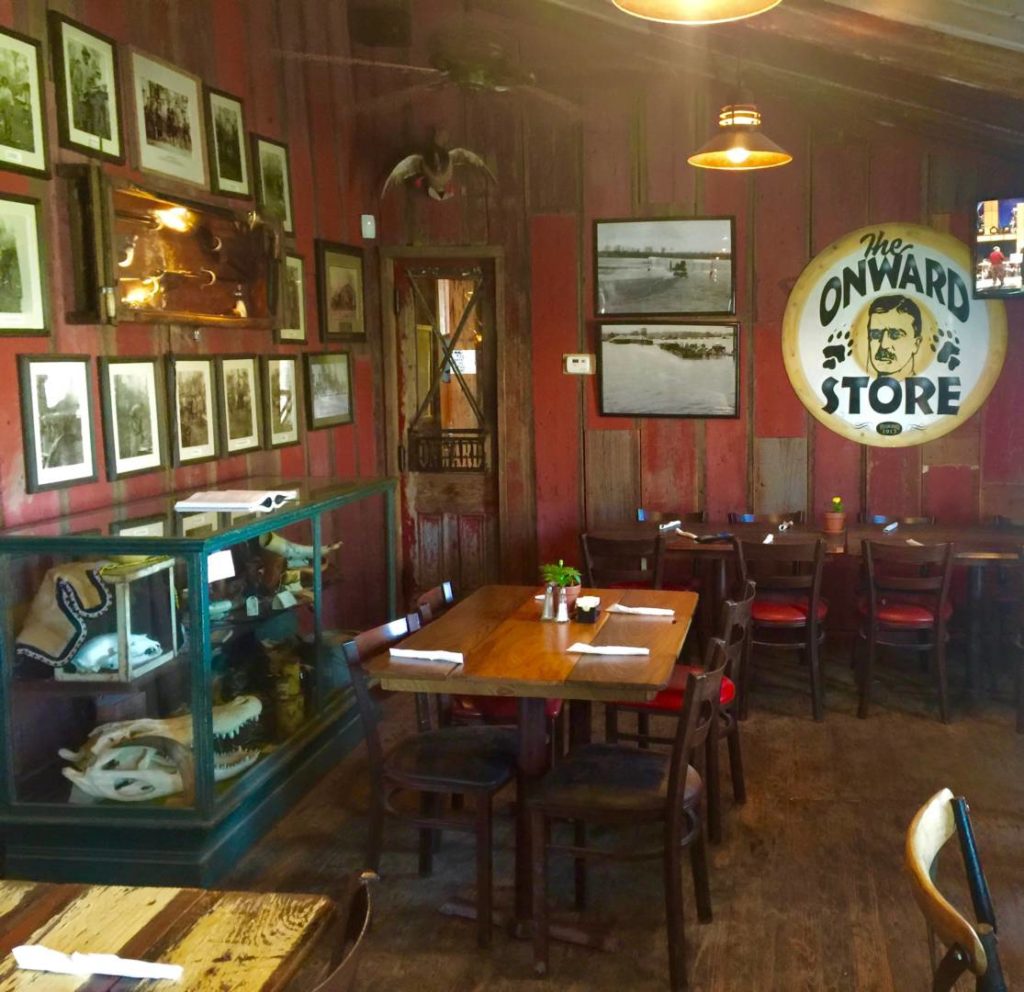 The Onward Store, the restaurant 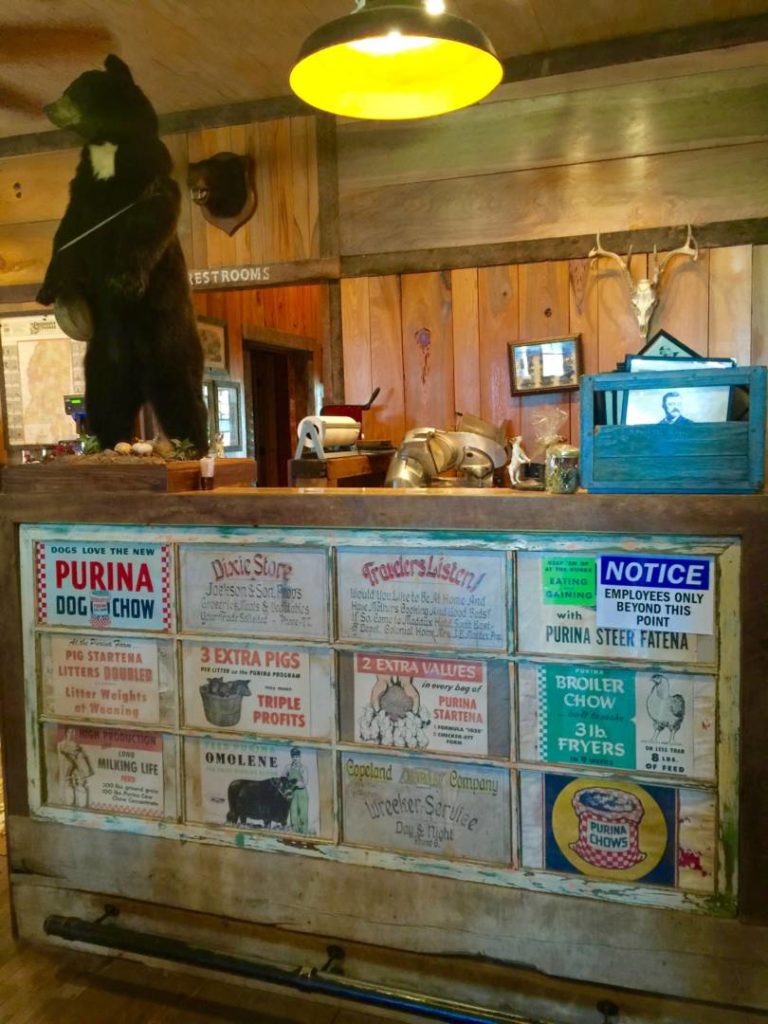 A journey to Mississippi: the Onward Store, details

The story goes that Theodore Roosevelt after some hours of chase lost traces of his prey and he renounced to carry on his hunt. So the eager Holt Collier sent his best bloodhounds searching for the bear to be able to catch it and so however allowing the President to be able to get his trophy.

The bear, hunted and furious, killed one of Holt’s dogs before being dazed and knocked down by the shots of the other hunters. Then after have lost consciousness it was chained to a tree so that Roosevelt personally could kill it and claim the kill. 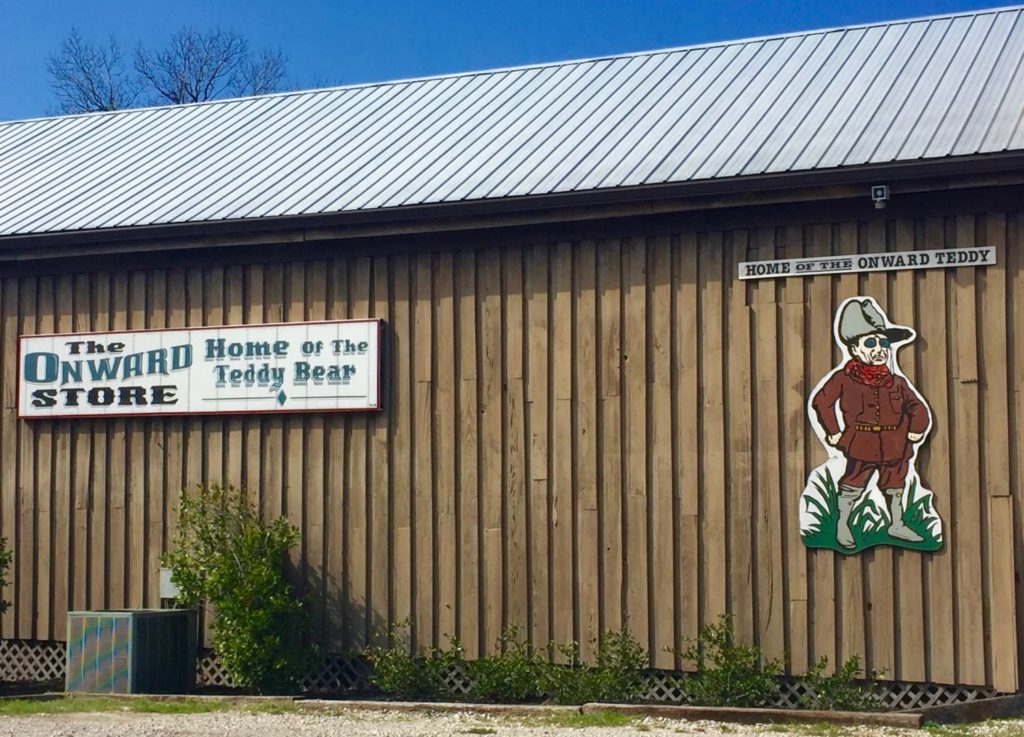 A journey to Mississippi: The Onward “Teddy Bear” Store

But the President, indignated, refused to kill to a helpless animal and even tied up: code of honor (and unsportsmanlike) never could allowed that.

The story caused a such sensation that a few days after on the Washington Post was published a cartoon where Roosevelt was represented with a gun stood motionless on the ground with one hand while with the other one he was miming a point-blank “no” to the hunter behind him and to the bear next to him with a noose around its neck.

The cartoon caption – Drawing the line in Mississippi – aimed to denounce with a clear double sense the non-stop violence and the bitter lynching to whom actually were still submitted the Afro-Americans of the Southern States. 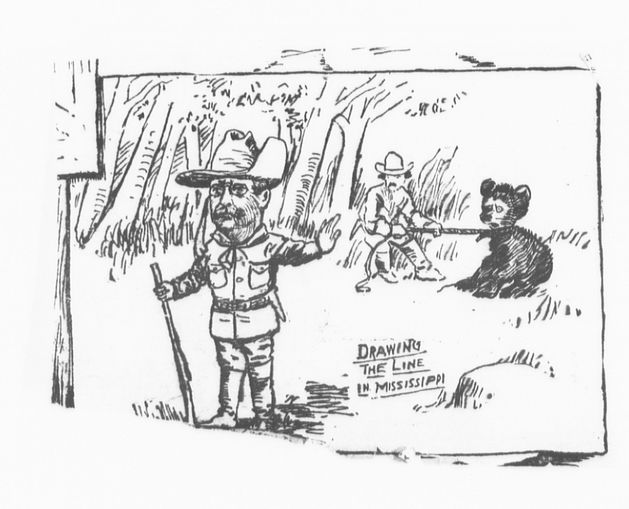 The Washington Post cartoon – Drawing the line in Mississippi

A journey to Mississippi: the Teddy Bear birthplace

The rest is history, like Kevin Van Tighem tells in “Bears”:

The episode caught the attention of Morris Michtom, a rich Brooklyn entrepreneur. His wife had designed a toy bear, so Michtom wrote to the President and asked his permission to market the toy as “Teddy’s bear”.

Roosevelt wrote back: “I don’t think my name will mean much to the bear business but you’re welcome to use it.”

He was wrong. Teddy’s caught on and their range expanded rapidly to include the homes of virtually every small child in North America. 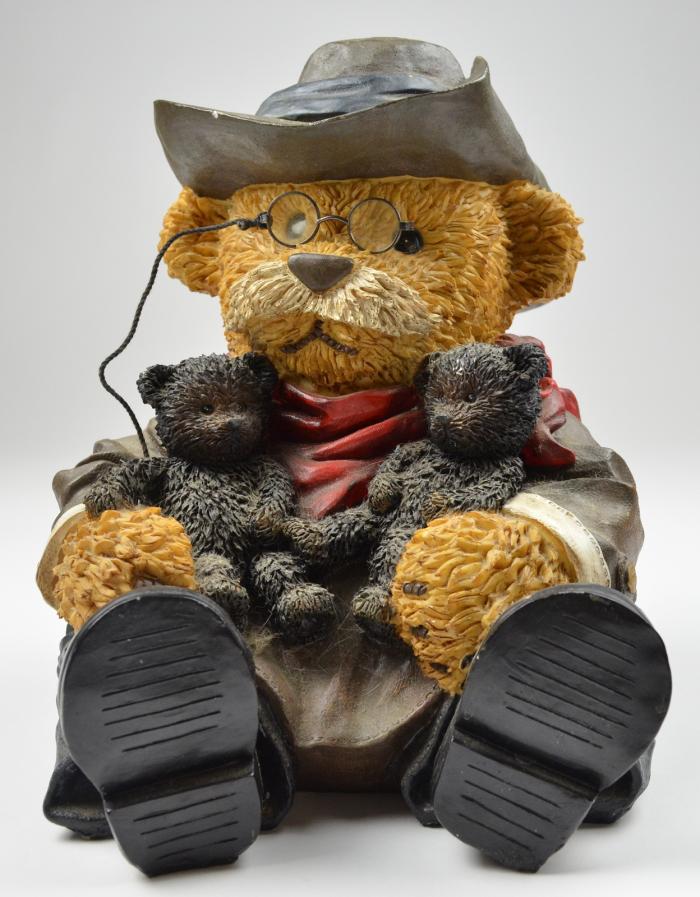 The Onward Store has been keeping for over 100 years by now – thanks to the relics collected over time and the anecdotes told by its owners to tourists and hunters – the historic memory of this events.

A non-stop and fond commitment that allowed it to receive in 2007 the “Home of President Teddy Roosevelt’s Bear Hunt” title.

And, of course, since it is near the place of the hunting, it’s the Birthplace of Teddy Bear, actually the place where the Teddy Bear was born, one of the most beloved soft toys by children in all over the world. 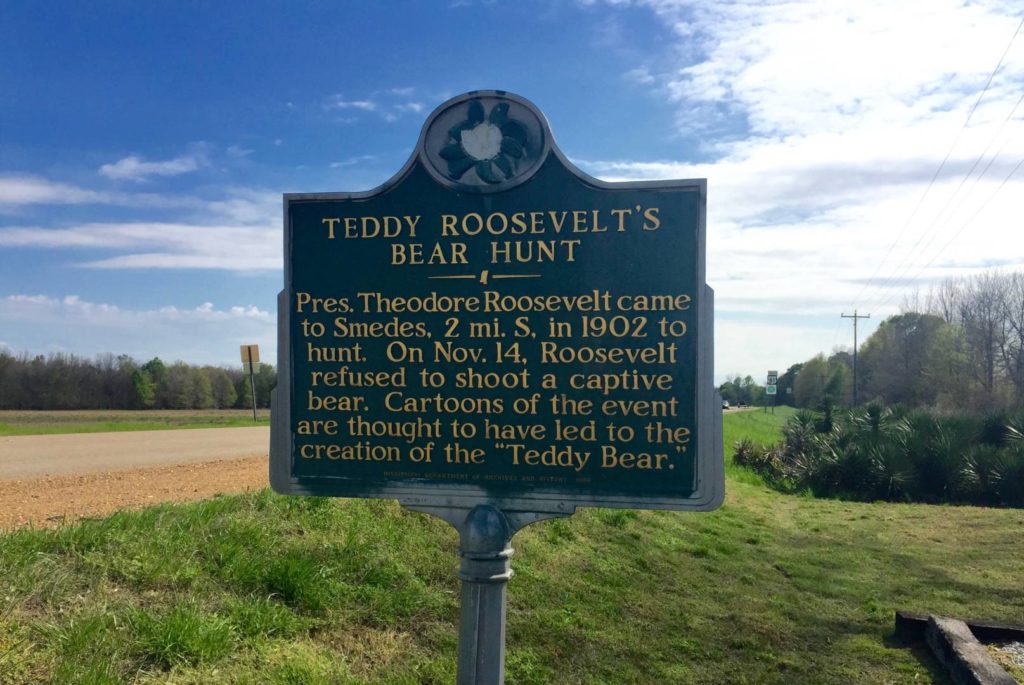 If you are planning a journey to Mississippi, mark this leg.

Maybe plan to stay for lunch, ask to the restaurants’ owners to tell you again the story and then have a look to the old store, get lost among its shelves, the objects and the old photos on the walls.

It will look like to be back to another era, to a far America, if possible even more authentic.