“How to establish the exact moment in which a story begins?

Everything has already begun before.

that has already happened outside the book” 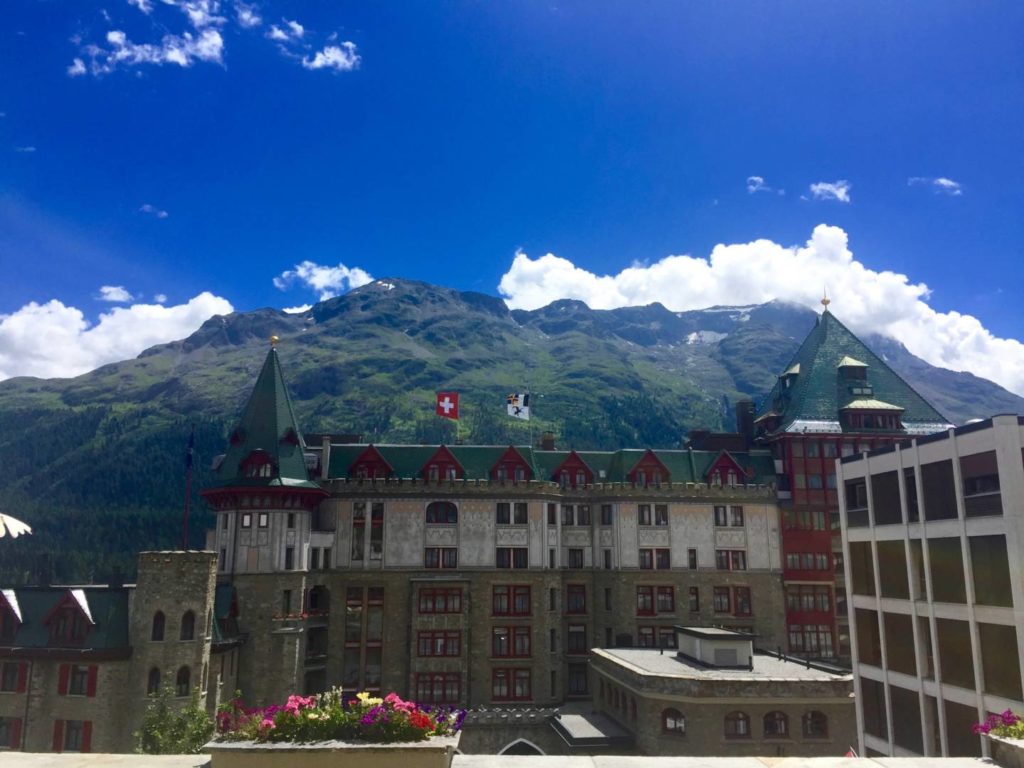 Since more than a century, by now, the Badrutt’s Palace Hotel in St. Moritz has been welcoming and has been cuddling guests from all over the world with the usual passion and enthusiasm.

It is set like a precious gem in one of the most amazing Engadin Valleys among the Swiss Alps: it keeps like a faithful and discreet keeper its traditions, its secrets and the tales related to its history, the events and its most important characters, from the end of the 1800s until nowadays. 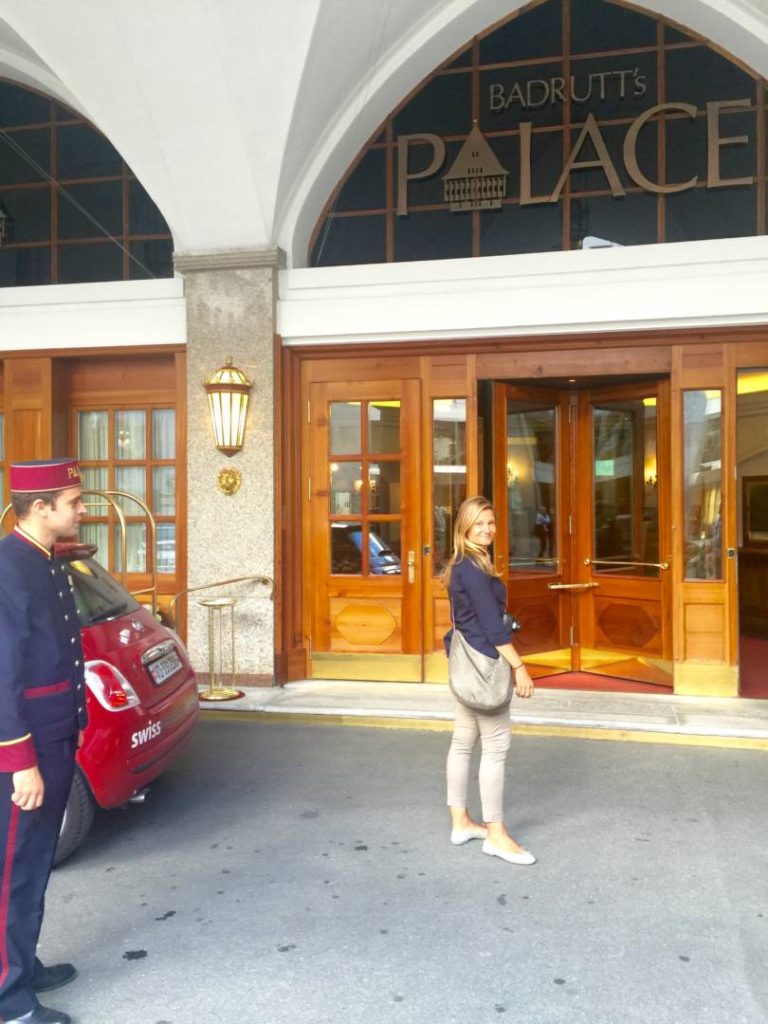 Welcome to the Badrutt’s Palace Hotel

It’s even more than a hotel. Any doubt.

An institution that marked more than an epoch and that made the charm, the glamour and the elegance a lifestyle, being able to express any single needs of its own customers in a unique and inimitable way: it turns them into comfort, wellness, relax, activities and taste…both for the harmony and for the palate. 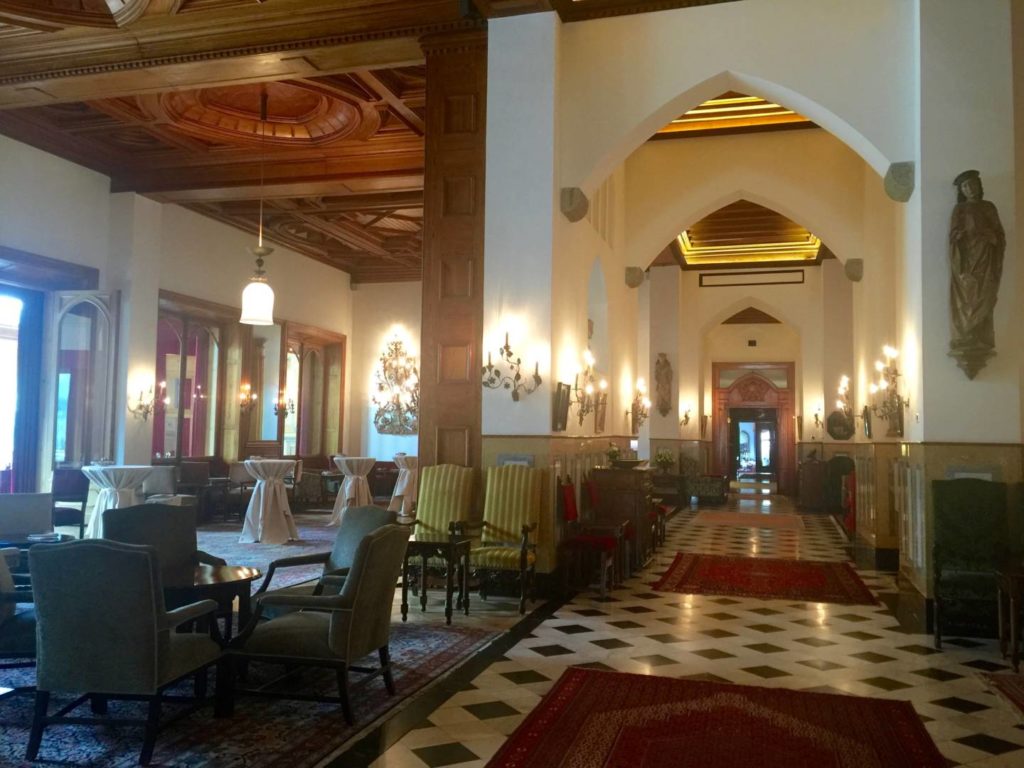 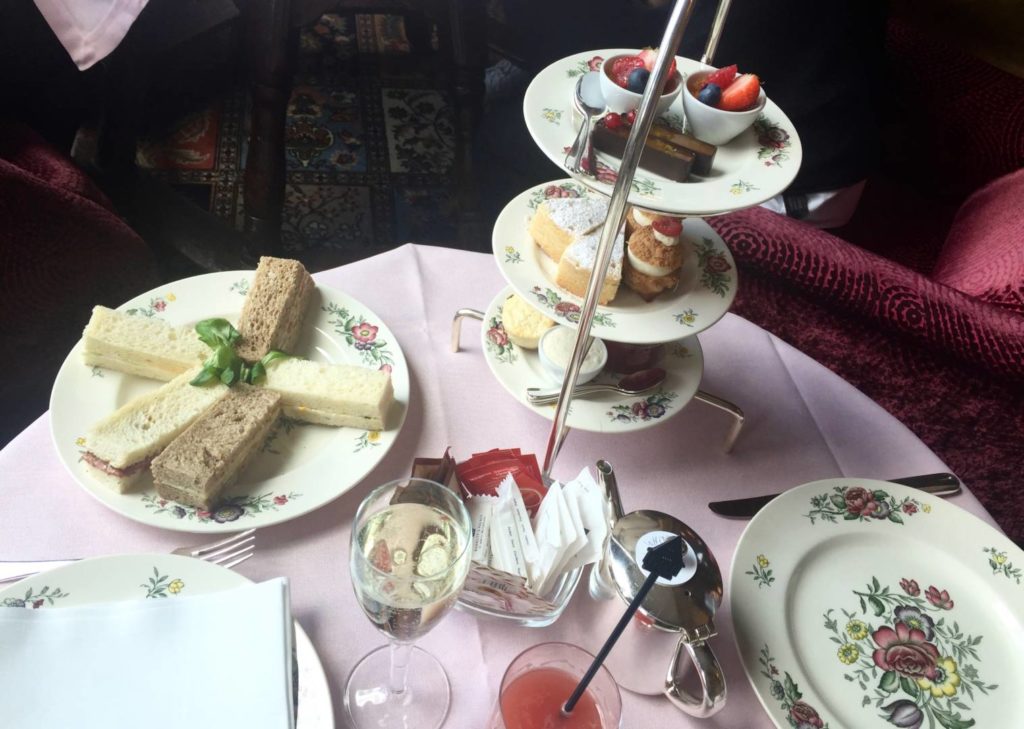 Afternoon Tea in the Grand Hall

And think that everything was born by the idea of two wonderful visionaries pioneers, father and son.

Johannes Badrutt in 1856 built the first real hotel of the town – the Engadiner Kulm, today Kulm Hotel: thanks to a bet (then won) with his English customers to offer the same funs and activities both in the Summer and in the Winter, it originated the first winter alpine tourism – starting from an ice bowling green and a “revolutionary” Toboggan sledge track. 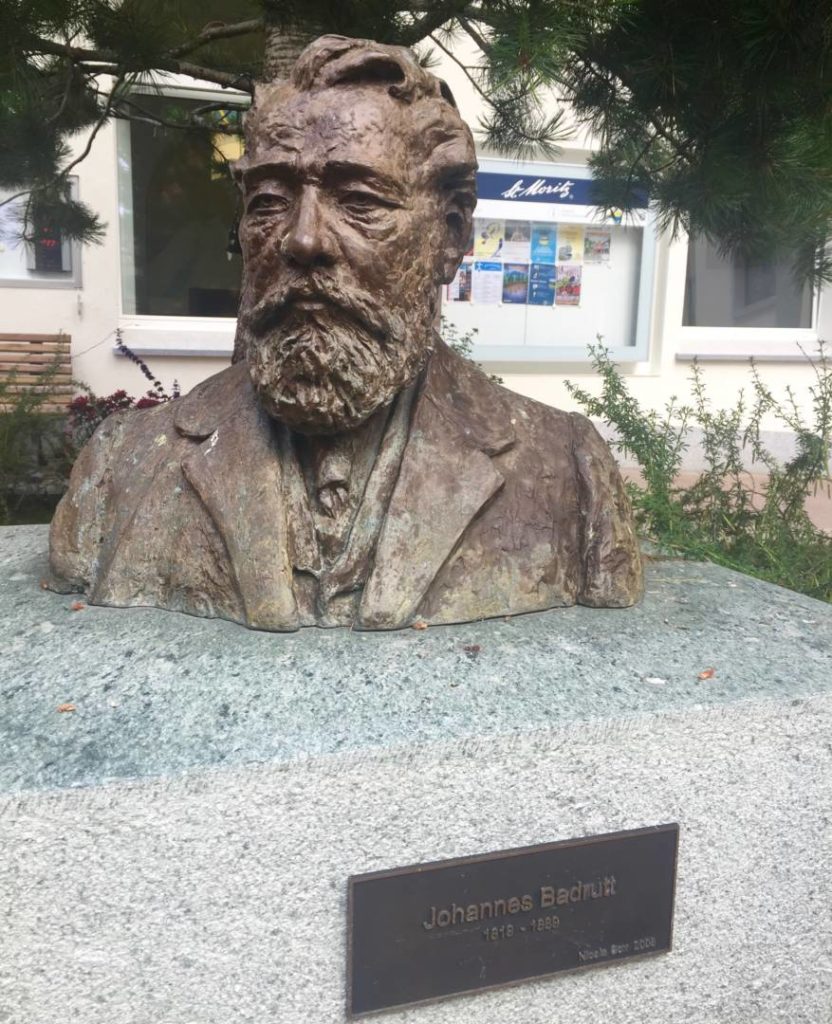 And then his son, Caspar Badrutt.

After have bought in the middle of 1880 the old Beau Rivage Hotel in St. Moritz, thanks to the help of two famous architects of the time, Chiodera and Tschudi, he started some futuristic reconstruction works (and in part preservation of some facilities already present) which allowed him to open the Badrutt’s Palace Hotel on 29th July 1896. 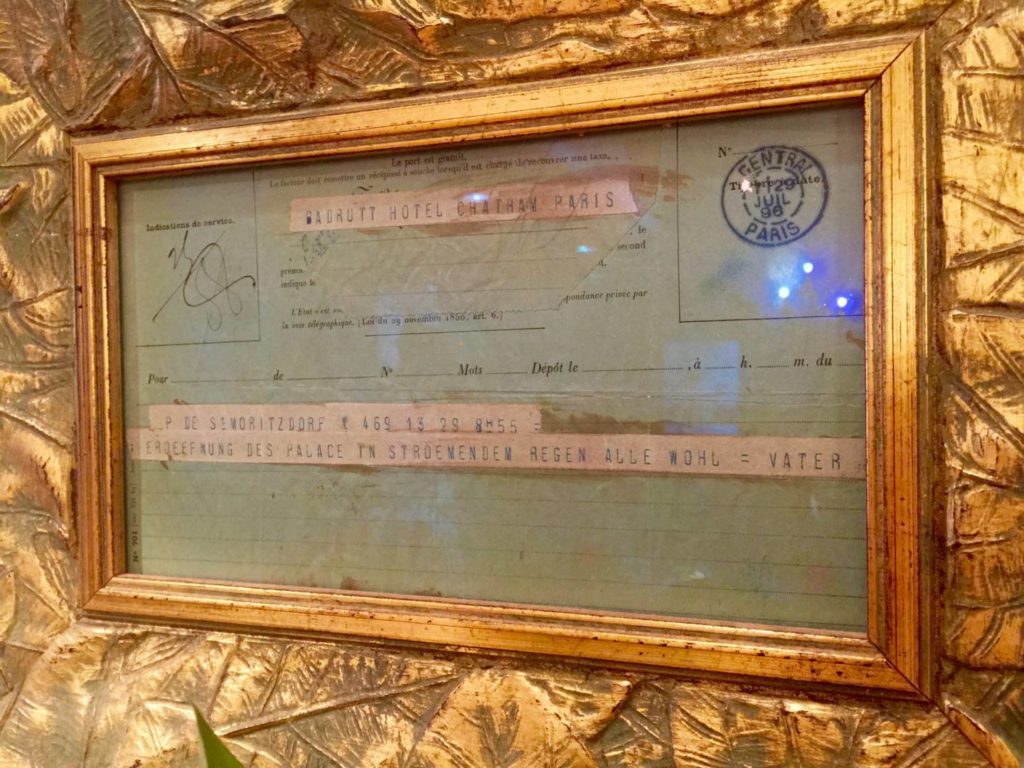 Over time the Badrutt’s generations kept running the whole complex, extending it, buying and creating new spaces for different activities. They contributed to make it the unique and special hotel of today through commitment, passion, care of details and that one many people define the quintessence of the welcome. 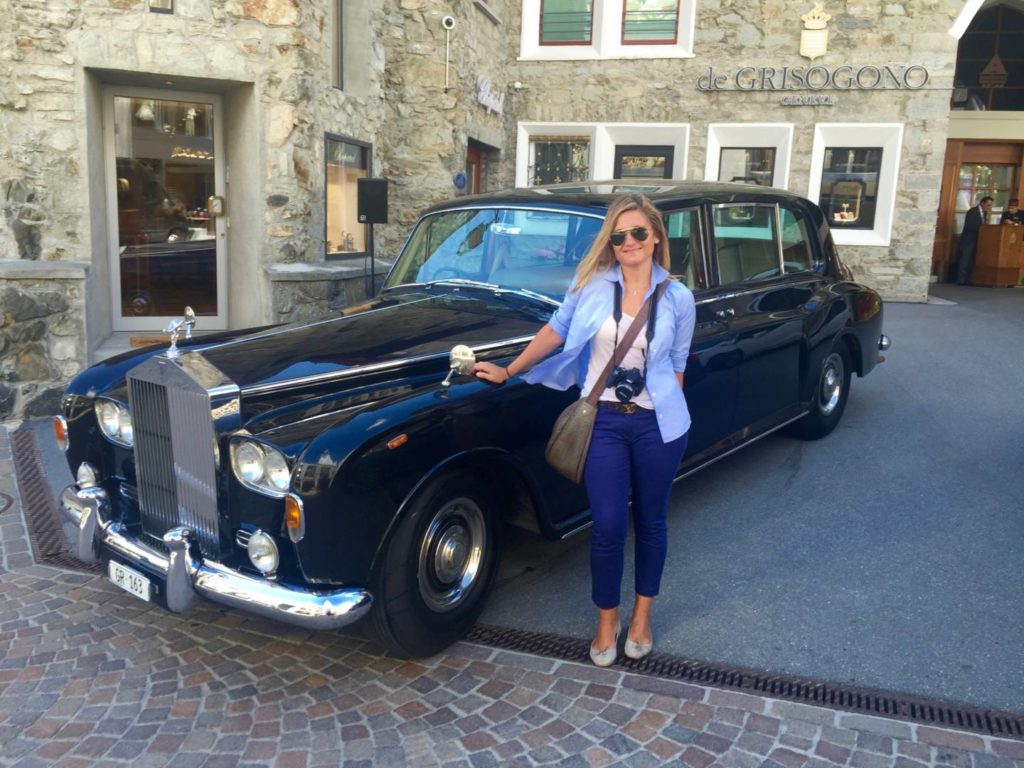 Many, really many famous characters were hosted as guests over time at Badrutt’s Palace Hotel.

It’s difficult to mention all of them, both due to the number and the proverbial privacy of the hotel which difficultly gives private information about it.

You try to imagine politicians, sovereigns, actors and directors, artists of the calibre of Winston Churchill, Prince (then King) Umberto of Savoy, Marlene Dietrich, Greta Garbo, Rita Hayworth, Charlie Chaplin, Gregory Peck, Alfred Hitchcock – people tell the idea for his film “Birds” was born watching by the Badtrutt’s terrace a flight of birds diving towards the St. Moritz Lake – Audrey Hepburn, Brigitte Bardot…and who knows how many others. 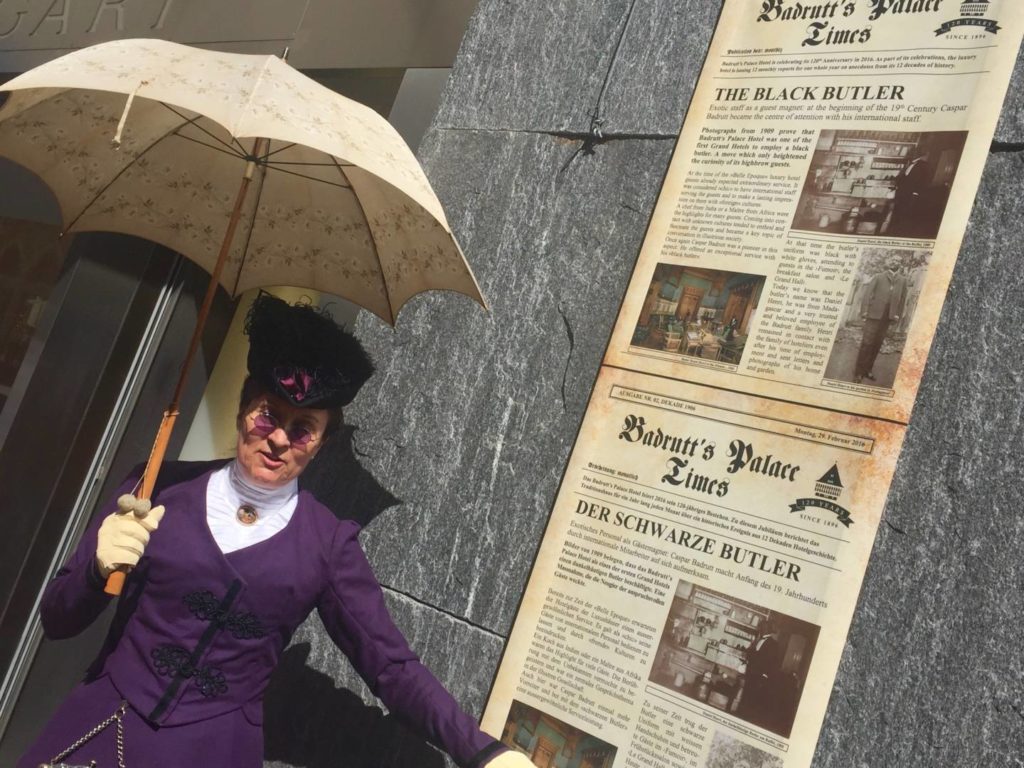 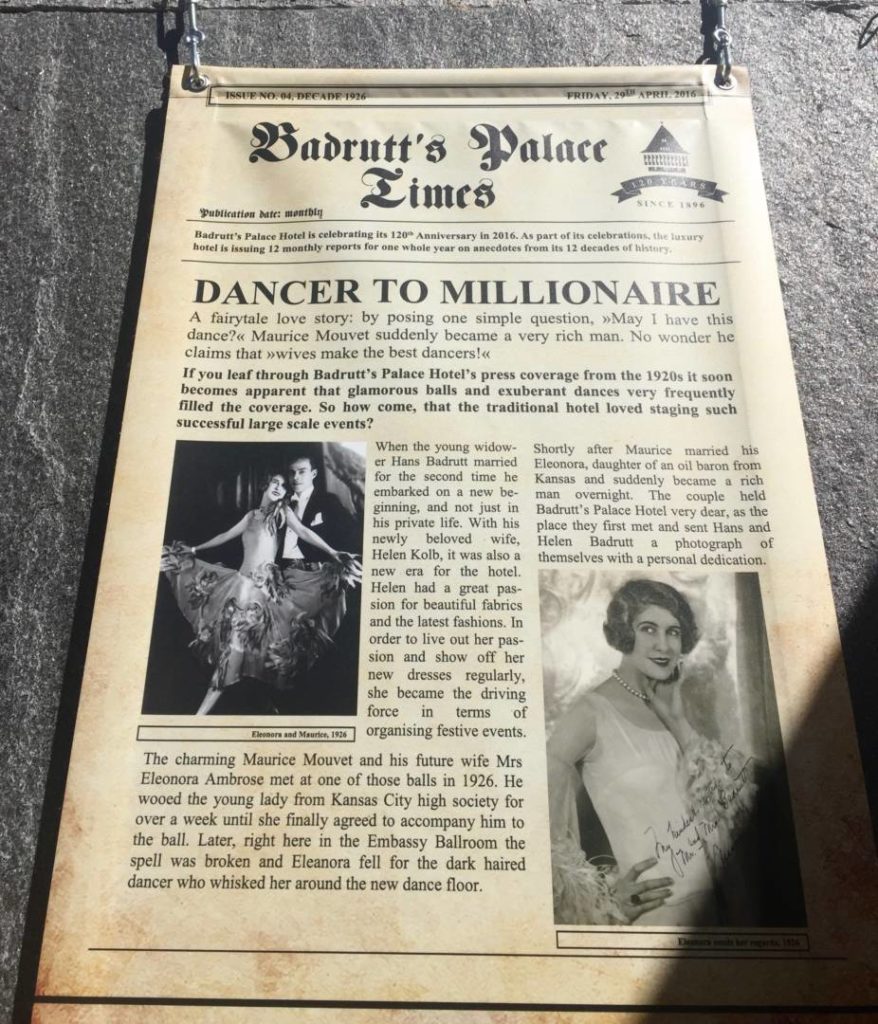 The only hotel resort which has hired a black butler at the beginning of the 1900s in the old and traditionalist Europe: he was the person in charge of the coffee machine and so called the coffee man, an important role and full of responsibility, considering the effect that a good cup of coffee could have on the exigent and sleepy customers.

The only hotel on the background of the most emotional love stories, satisfying the most incredible and eccentric requests and hosting, despite the periods of straits, the America troops to offer, as a gratitude sign, short relax moments after the Second World War. 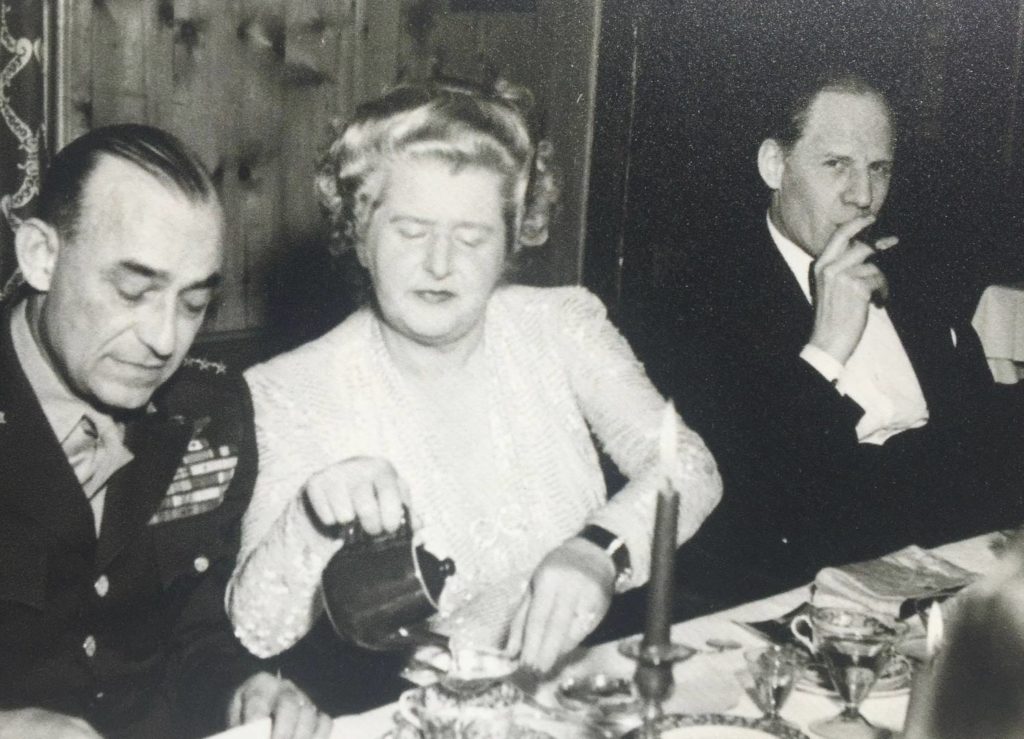 Then no wonder discovering that many of these ones returned as tourists together with their own families and friends at the end of the war – grateful for the special welcome received: so they started a long and long-last tradition that still today brings here above all in Summer several enthusiastic American guests.

And it did it in the best way organizing a whole week of celebrations (unforgettable the 120 meters strudel prepared in front of the hotel): they reached their own apex on the official birthday with a photographic exhibition about its own history. A vintage hats and dresses exhibition, a series of degustation, the launch of even 120 balloons containing the hotel vouchers and then a wonderful masked ball accompanied by a very welcomed and faultless Rondò Veneziano. 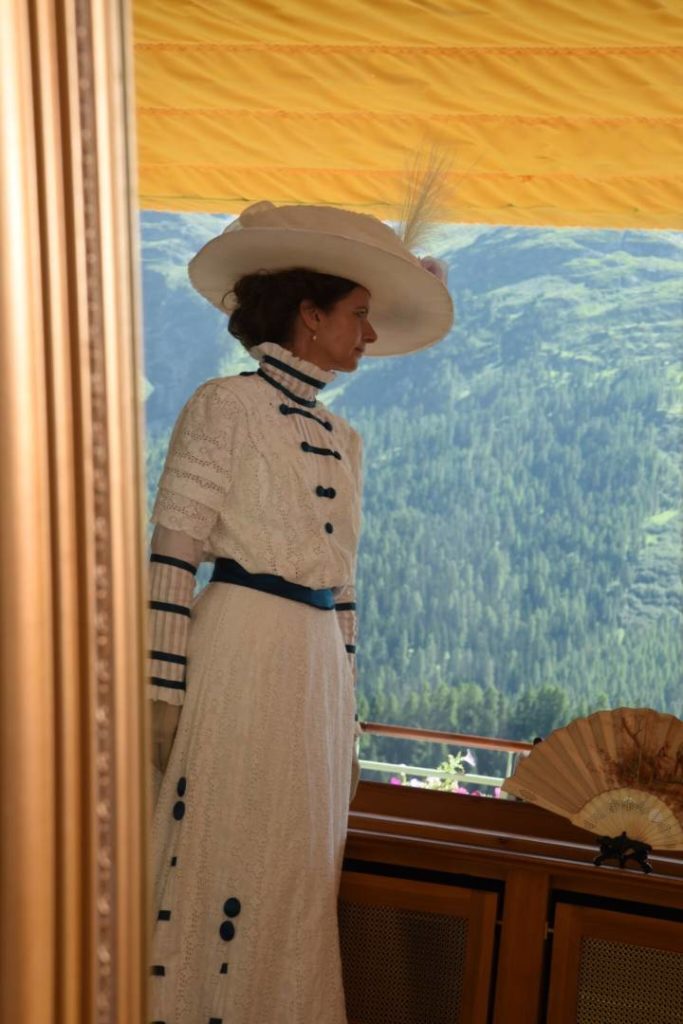 Badrutt’s Palace Hotel, like be in a time machine (ph. Credits badruttspalace.com) 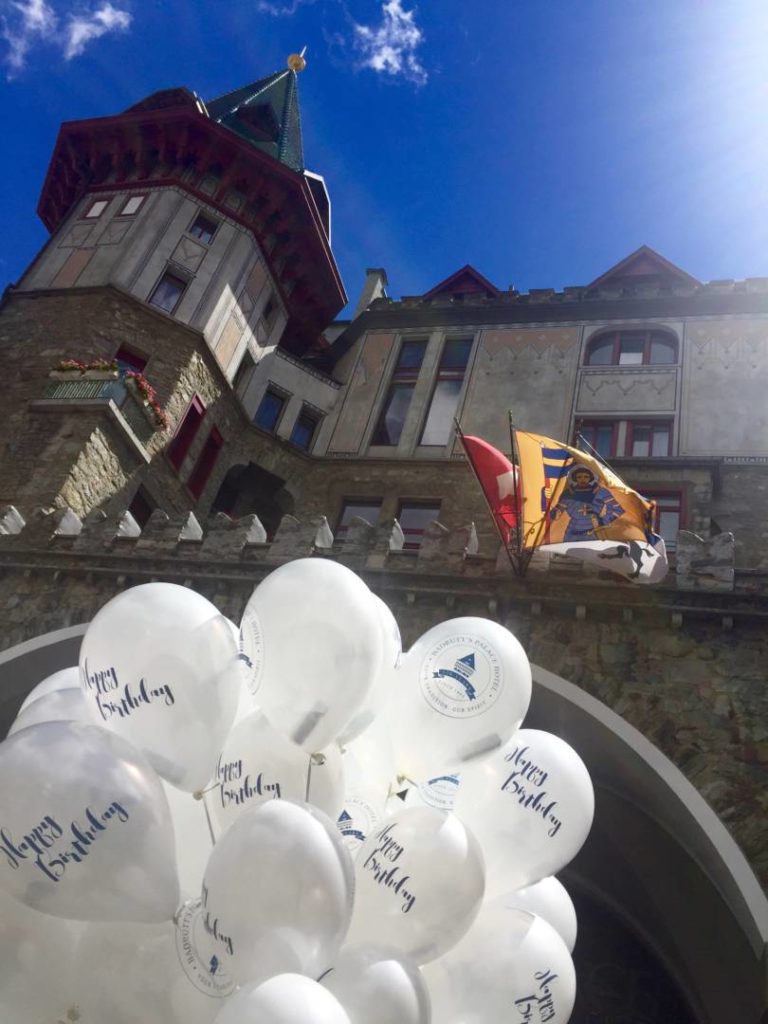 Days of celebration, memories and emotion.

Celebrations that have underlined the connection between the fascinating past and the bright present of the Badrutt’s Palace and an equally bright future, which is also perfectly balanced between innovation and tradition, in the purest family style. 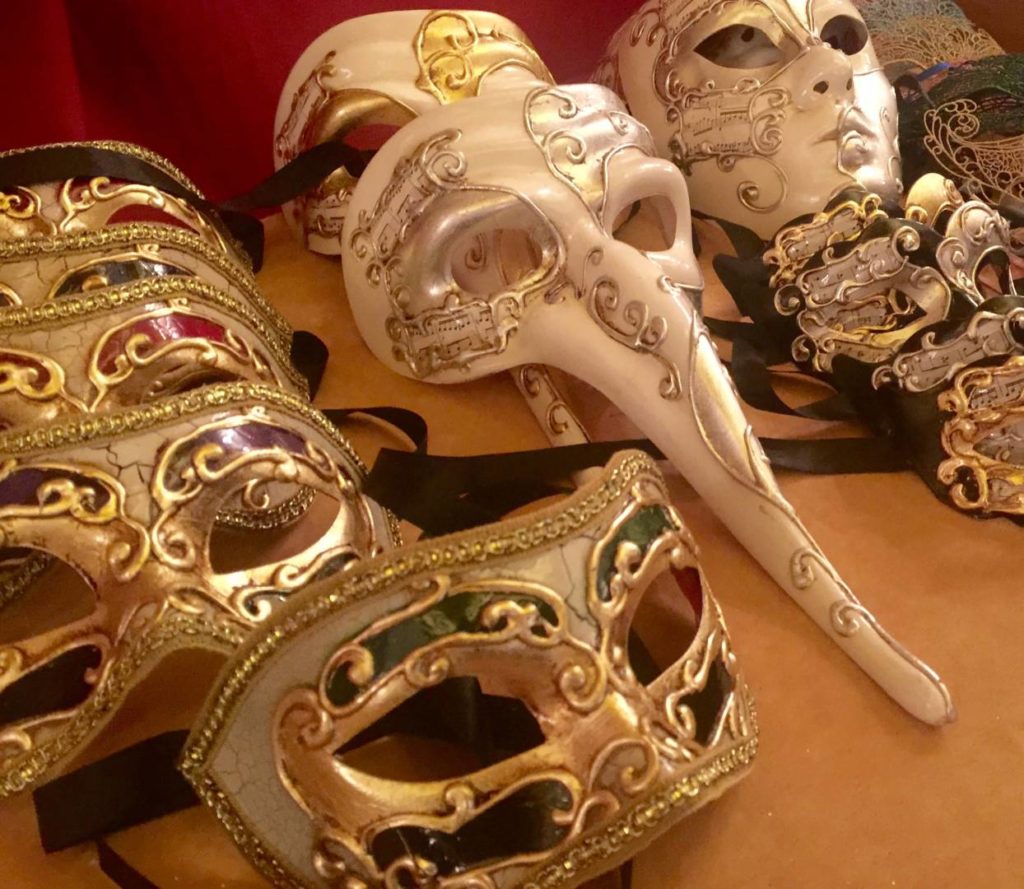 The Badrutt’s Palace has 157 rooms, 37 suites and junior suites. 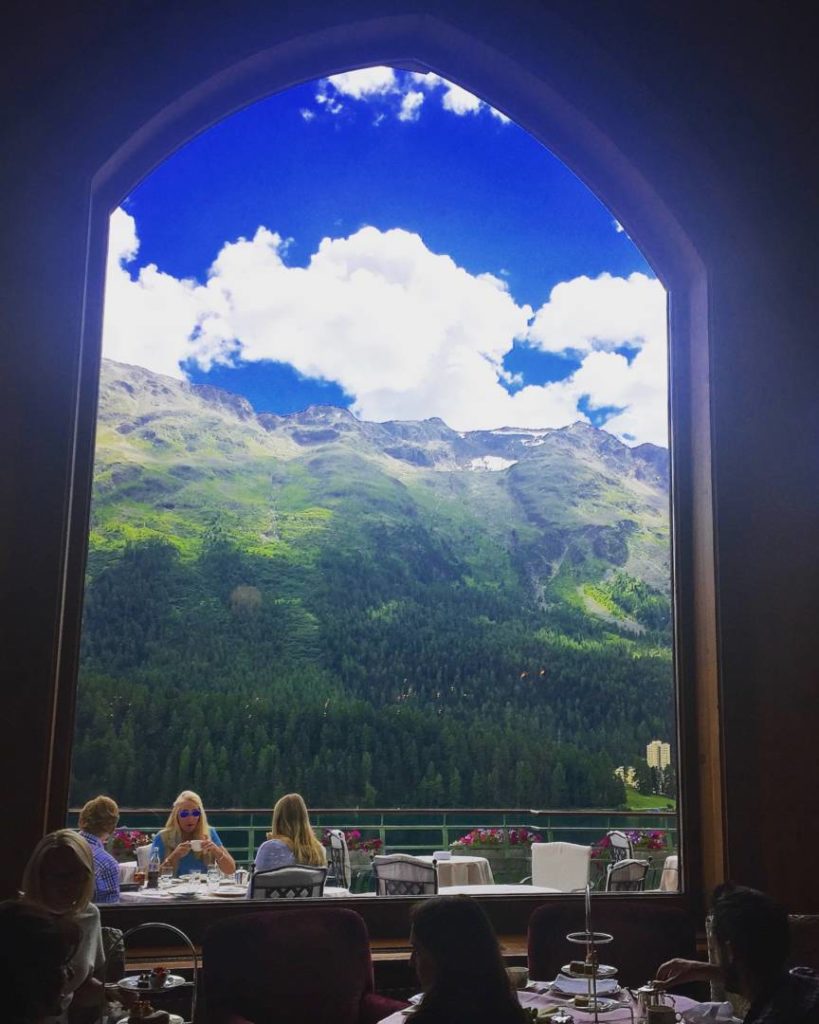 Badrutt’s Palace Hotel, view of the Alps from the Grand Hall 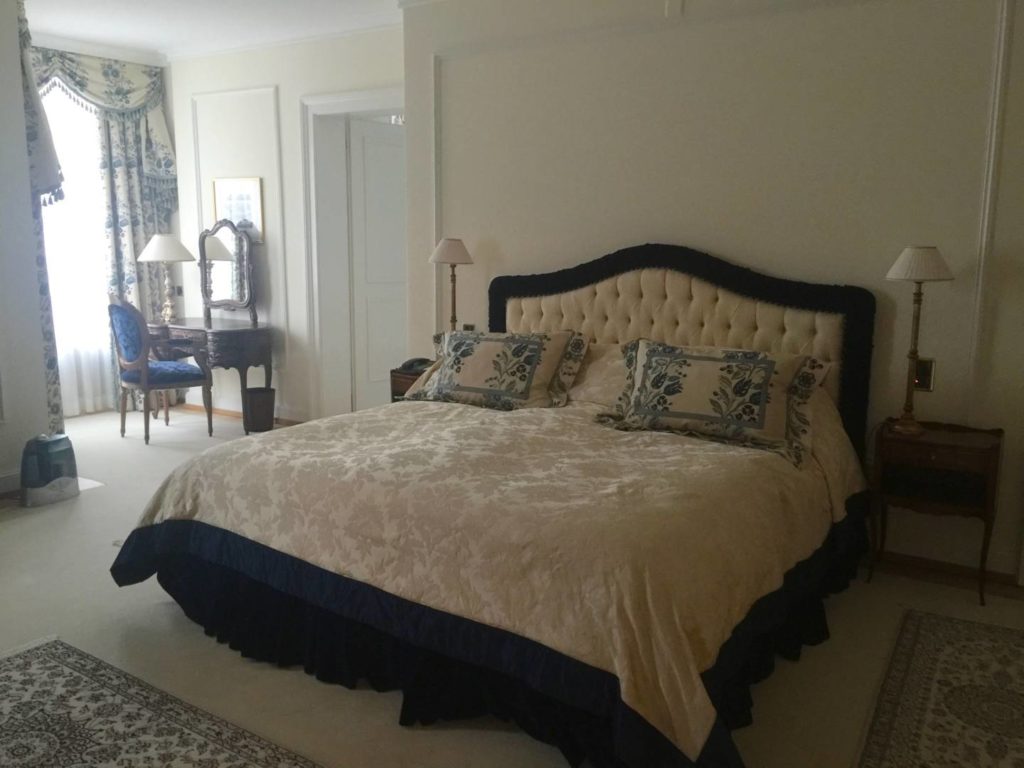 There are even 5 restaurants, among the most famous and appreciated both for the quality service and for the variegate gastronomic offer: Le Restaurant, Le Relais, La Diala, The Matsushisa, and the Chesa Veglia. The last one dates back to 1658 and it’s considered one of the most ancient building of St. Moritz. 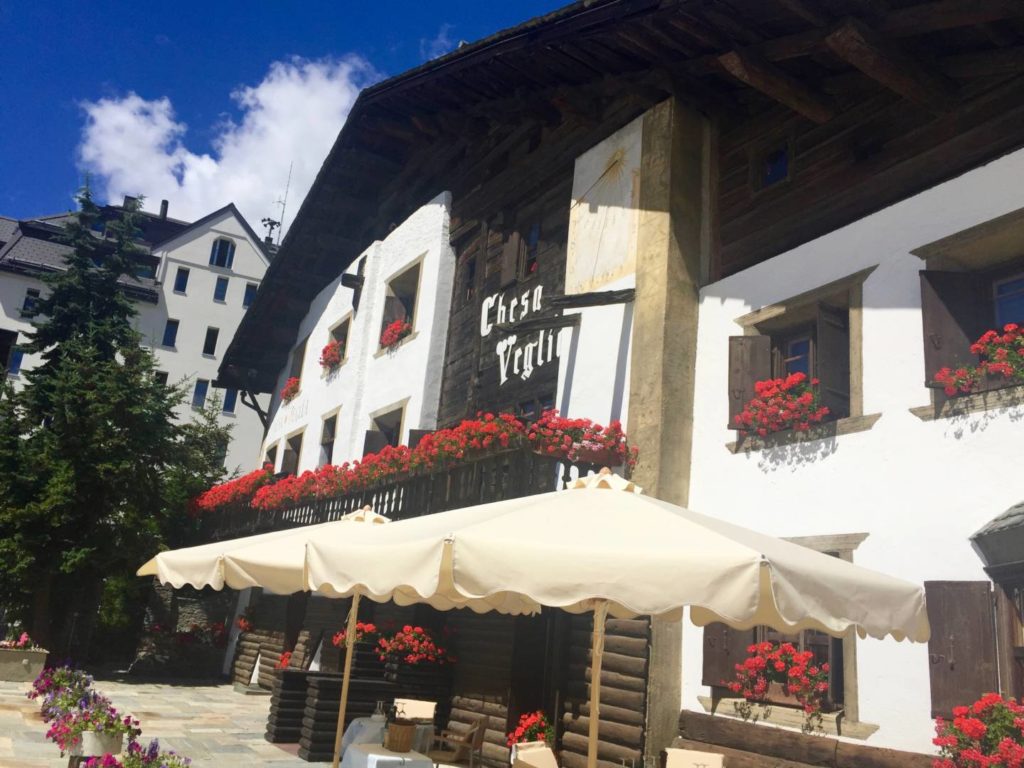 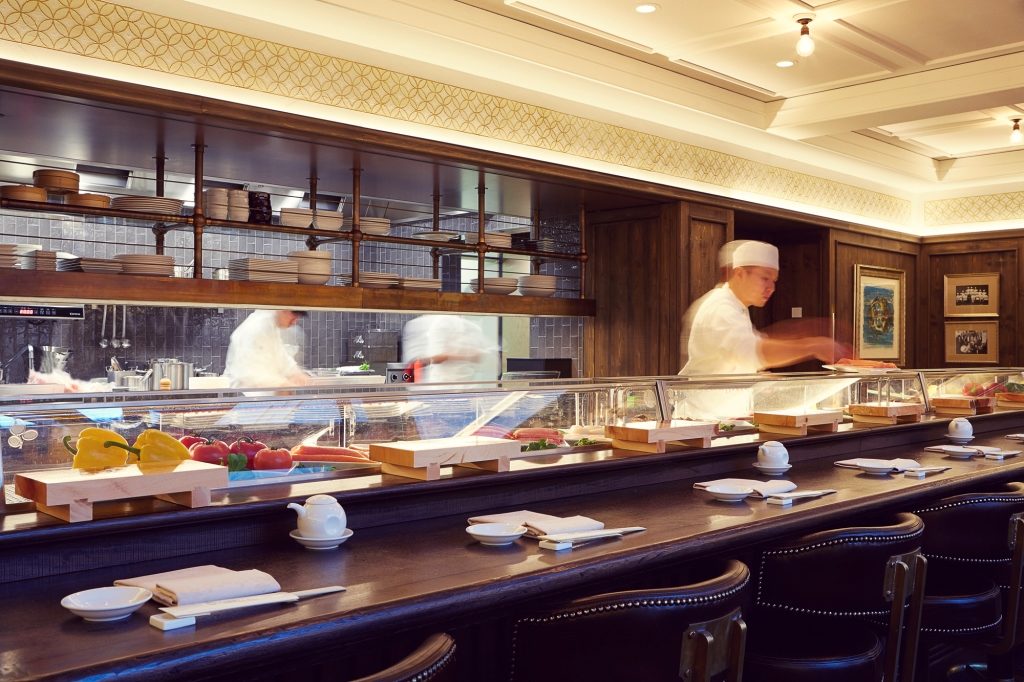 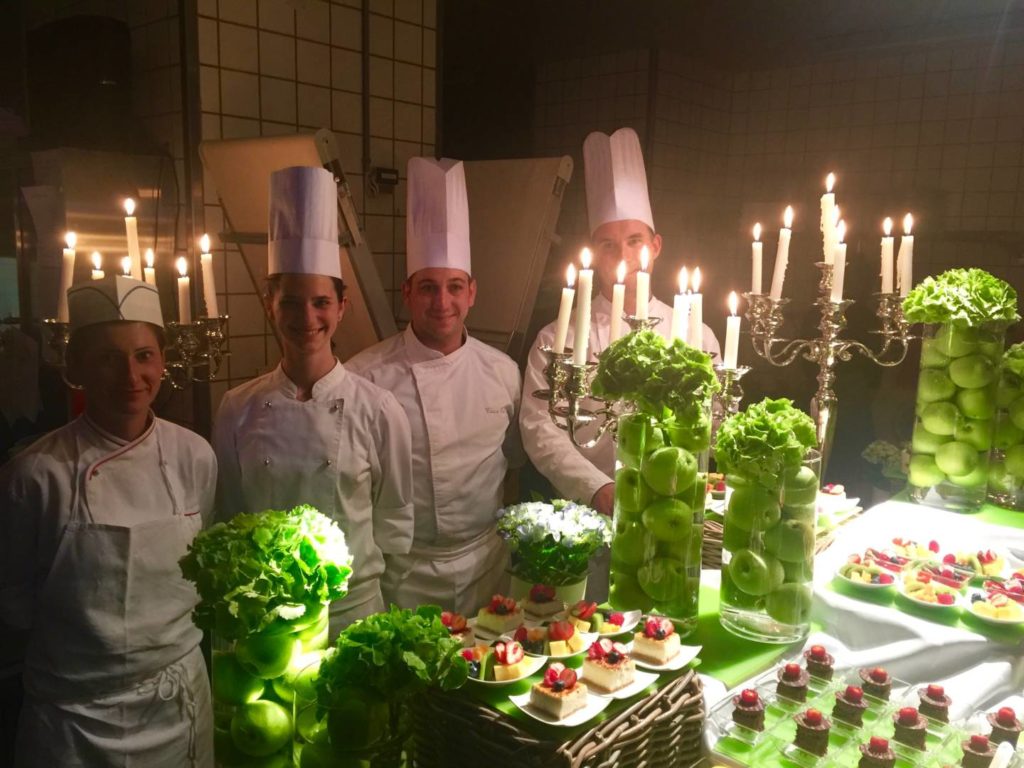 The surprises of the Badrutt’s Palace Hotel confectioner’s

The hotel resort has a famous Wellness Centre including a fitness centre, two communicating swimming pools (one indoor and the other one heated outdoor), a Jacuzzi, a private SPA, another one accessible to all the guests with solarium and environments dedicated to sauna, the aromatherapy and to the most different treatments.

The entire facility of the Badrutt’s Palace includes a theatre, a night club (the King’s Club), private tennis courts, a skating track, a recreational centre for children (the Kid’s Club Palazzino) and a series of high level shops, boutiques and jewelry stores. 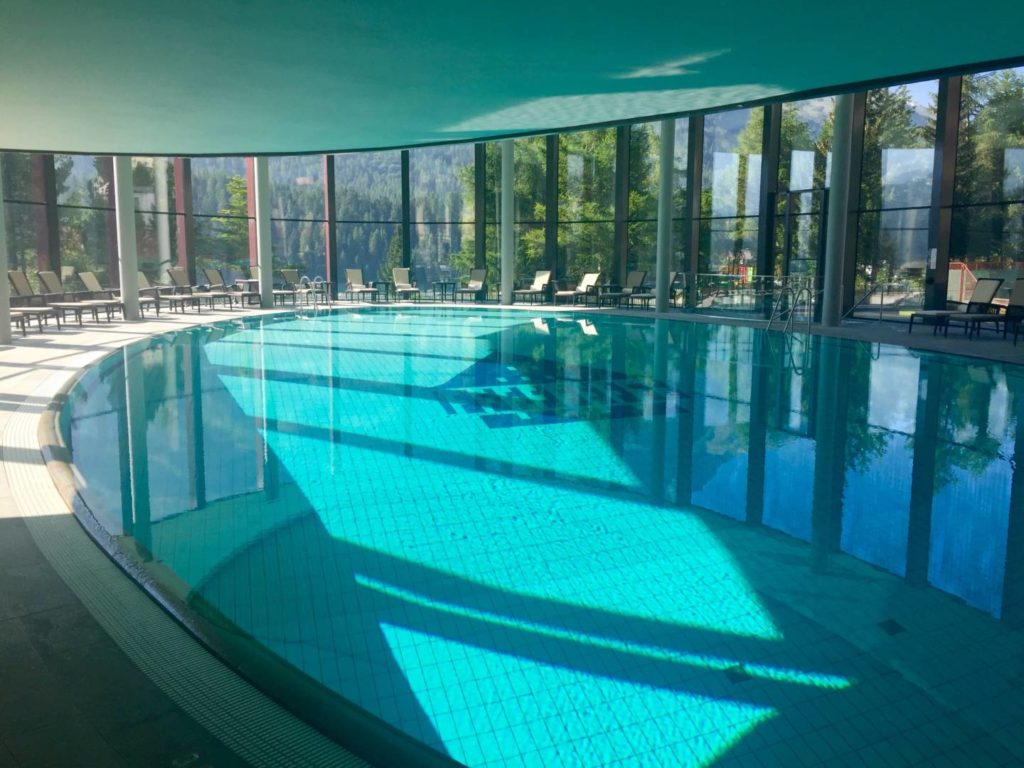 The Hotel will be opened all over the Summer season until 4th September 2016 with a series of interesting packages and offers – click here for further information.

Then it will resume with the long-awaited Winter season from 2th December to 27th March 2017. 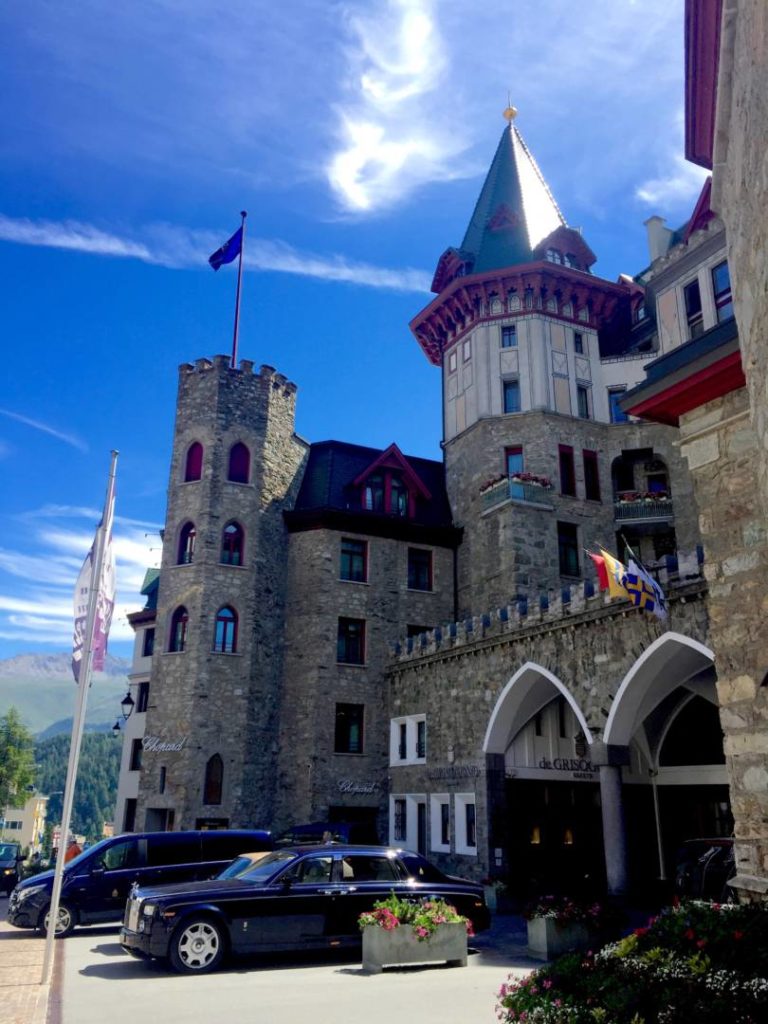 Badrutt’s Palace Hotel, the outside 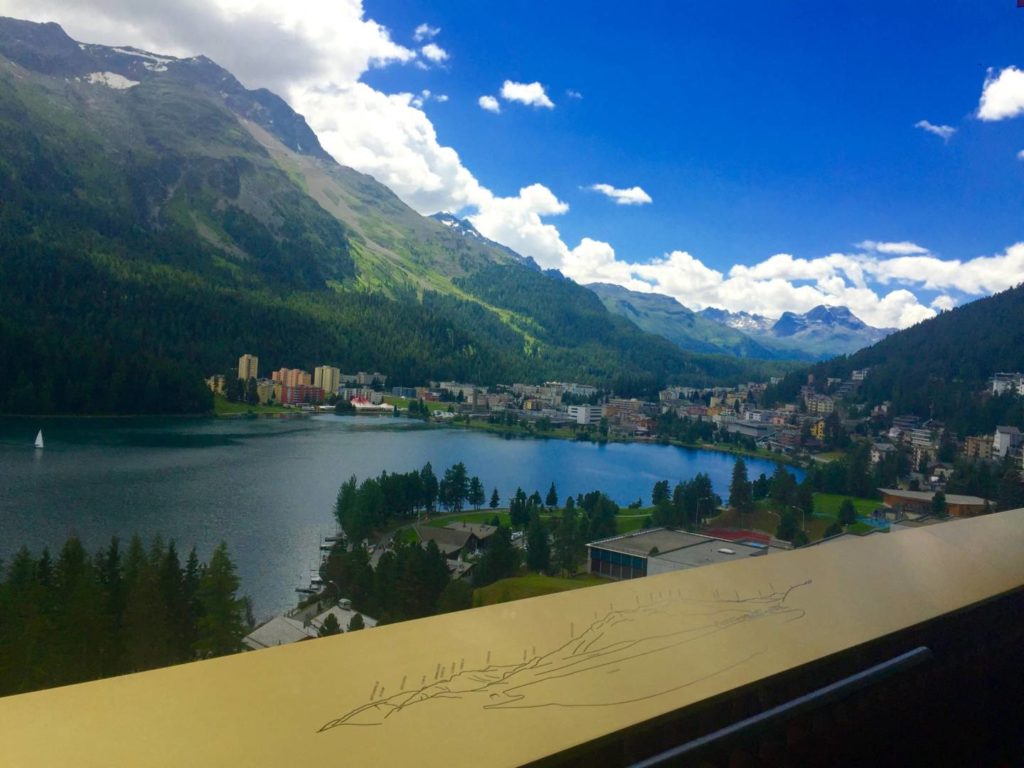 Badrutt’s Palace Hotel, room with a view of the St. Moritz Lake

Are you ready to enjoy the dream?

See you in St. Moritz, at Badrutt’s Palace Hotel. 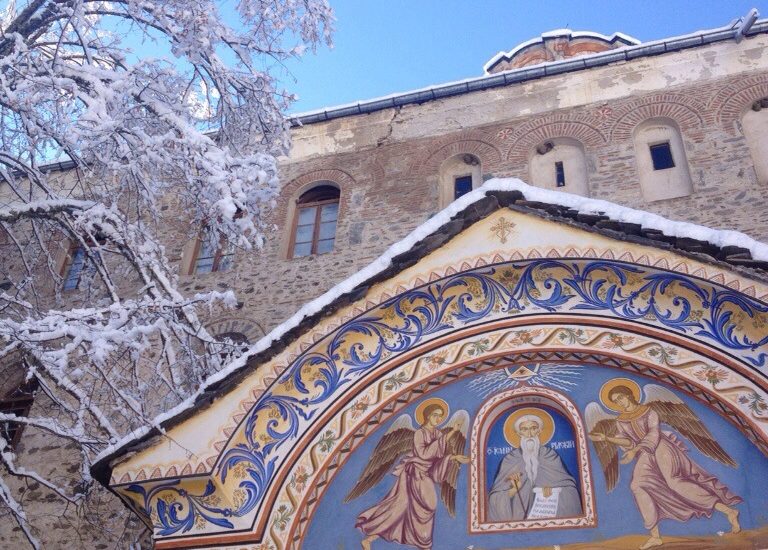 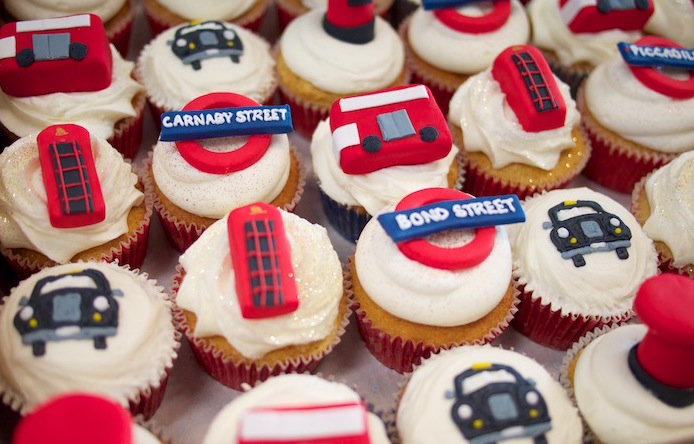 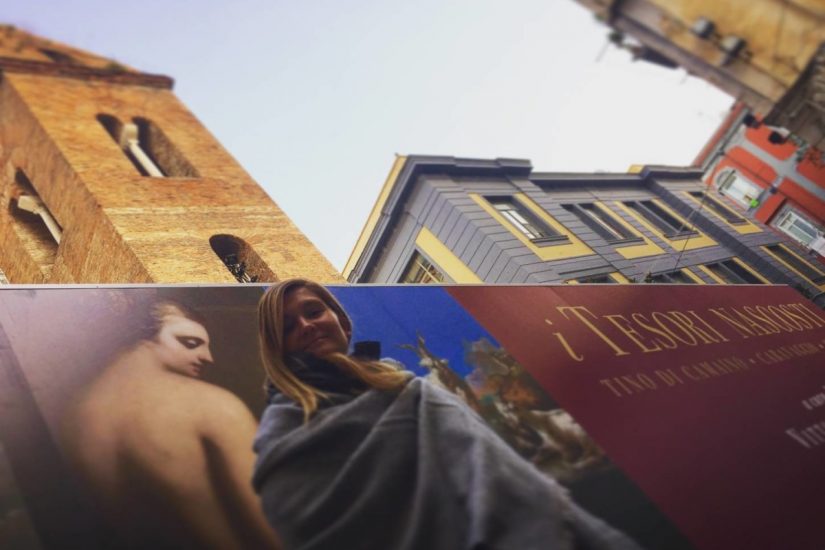