An experience to do at least once in life. 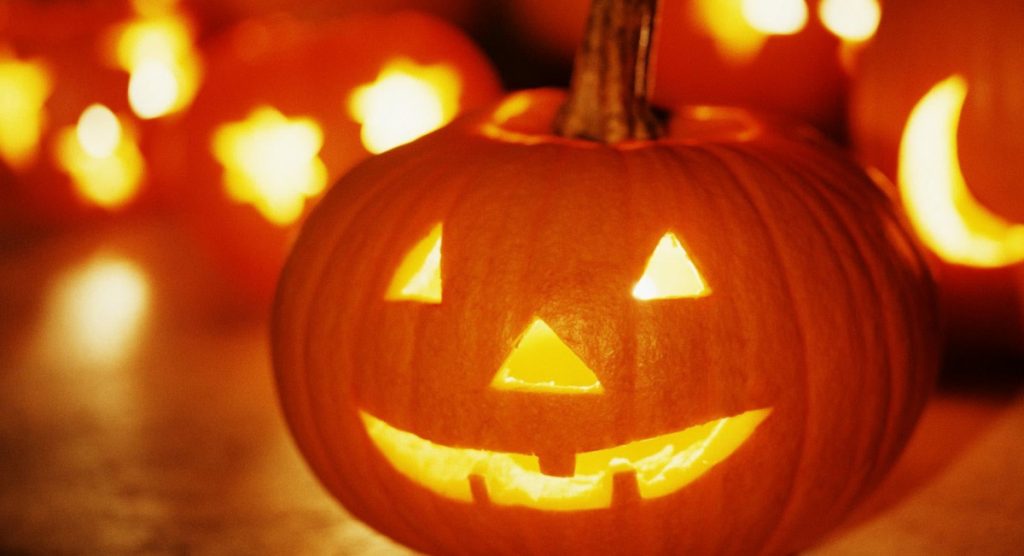 Because if already spending the night between October 31st and November 1st in any place in the United States allows to “enjoy” unusual and unexpected situations – which we are not certainly used to – and often at the limit of grotesque, spending Halloween in New York it means to find oneself in a parallel reality made of music, color, cheerfulness and sharing and at the same time horror, anxiety, oddities and perplexities.

In few words an unforgettable night, for better or for worse.

Whether you are a couple, a group or a family, in this particular day of the year New York will be able to give you parties, tours, parades and theme events (for the most part free) in accordance with your expectations, even if they are original and curious.

After have spent several Halloweens in the United States – unforgettable those ones spent at the Hawaii on the Kona Coast in Big Island and in New Orleans – I can state with no doubt that the NYC one has no match, above all in terms of fun, surprises and situations to try.

From here the idea to select among the many ones, 5 experiences not to be missed (with some more tips) in case this year you find yourselves in spending the so-called “Night of the Living Dead” in the Big Apple. 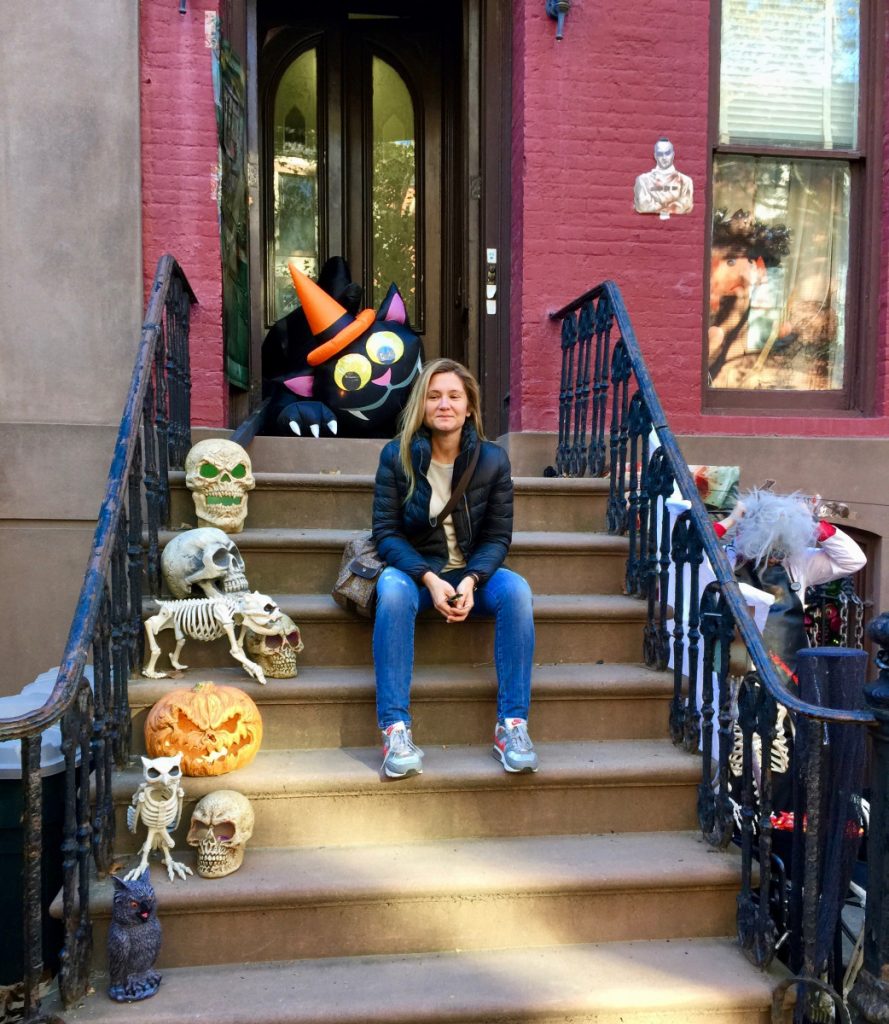 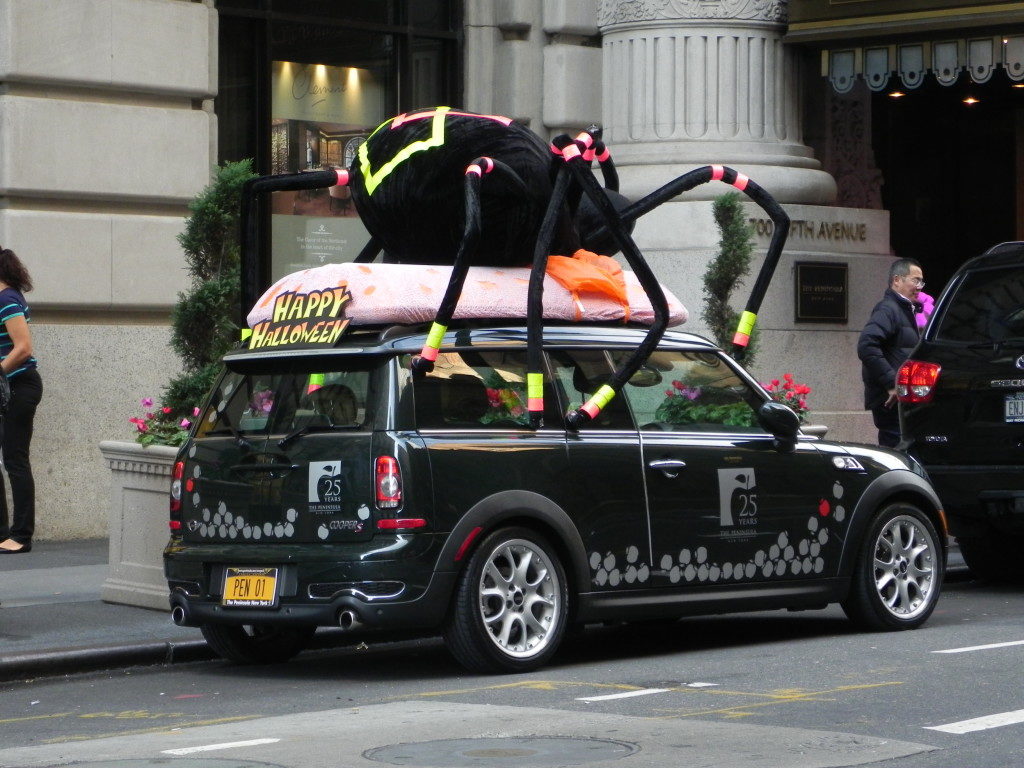 The Halloween Parade and Pumpkin Sail is the highlight event that the Central Park Conservancy dedicates to Halloween in the days before the feast.

It’s a downright “magic” ritual (completely free) taking place in the water mirror of the Harlem Meer – located on the eastern side of the park between the 106th and the 110th street – it is advisable to take part into it together with the whole family, maybe dressed up to be able to march on the small parade preceding the event. 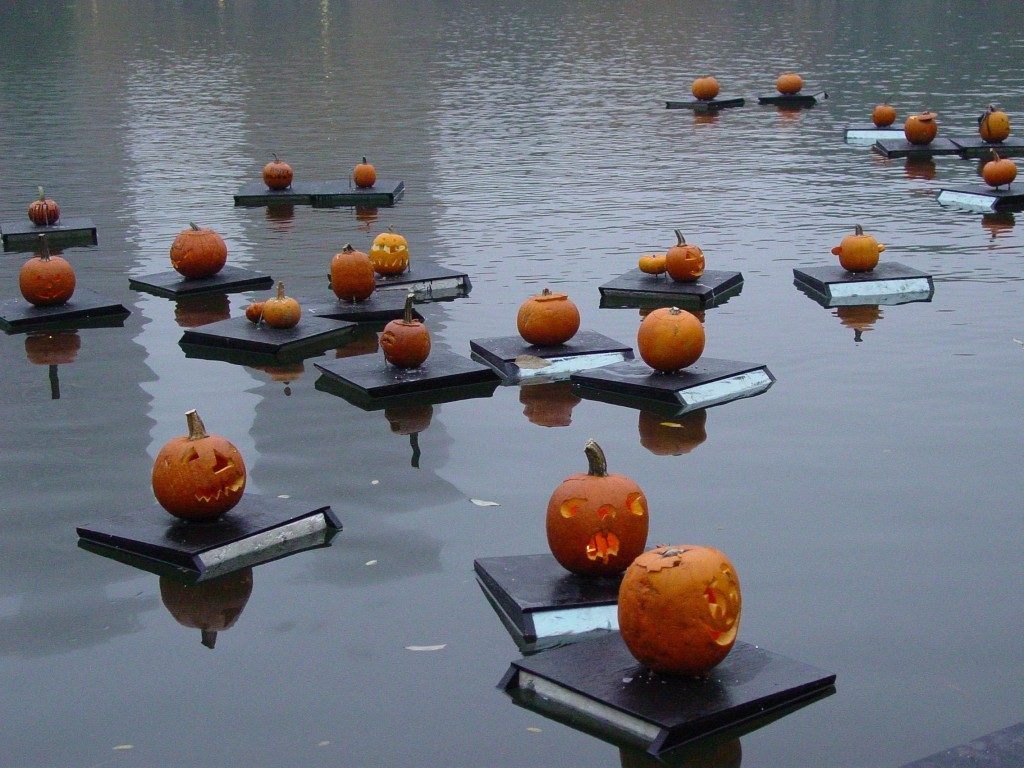 You can bring your own pumpkin previously carved, put it in the collection area at least one hour before the beginning and waiting for the twilight lighting it together with the other ones – the so-called Pumpkin Flotilla Launch – and then taken to the lake in the suggestive frame of Central Park.

Find here the complete program and any necessary info to get organized and take part into it. 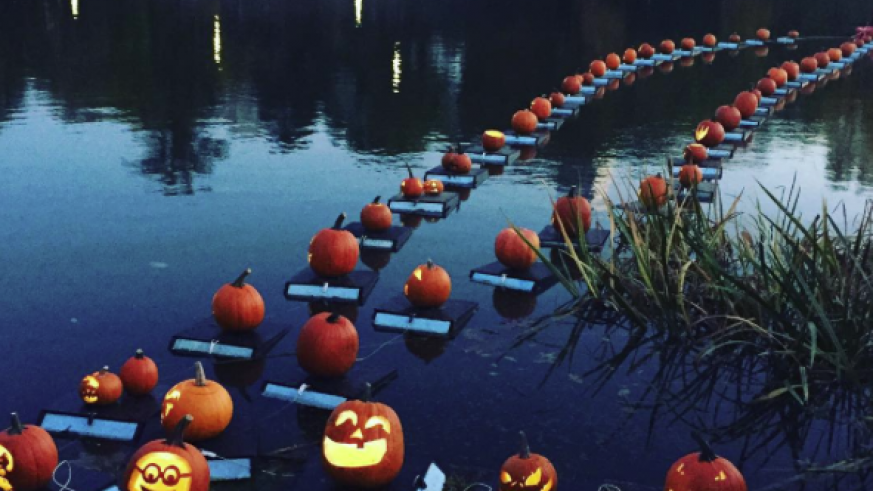 Halloween in New York: the Pumpkin Flotilla Launch at the sunset in Central Park

Halloween in New York: creepy tour to the Merchant’s House

Among the many proposals of the Ghost Tours that New York offers for Halloween I recommend those ones organized by the Merchant’s House right in those days.

What is the reason?

It’s one of the most ancient houses in Manhattan, inhabited until the first decades of the 1900s and successively turned into a museum. Inside it everything is original, included the story of the ghost of its last owner Gertrude Tredwell which is said to wander undisturbed during the guided tours.

Find here all the tours and the evening parties scheduled in October 2017, have a look only if you are not easily frightened. You really scare yourselves to death! 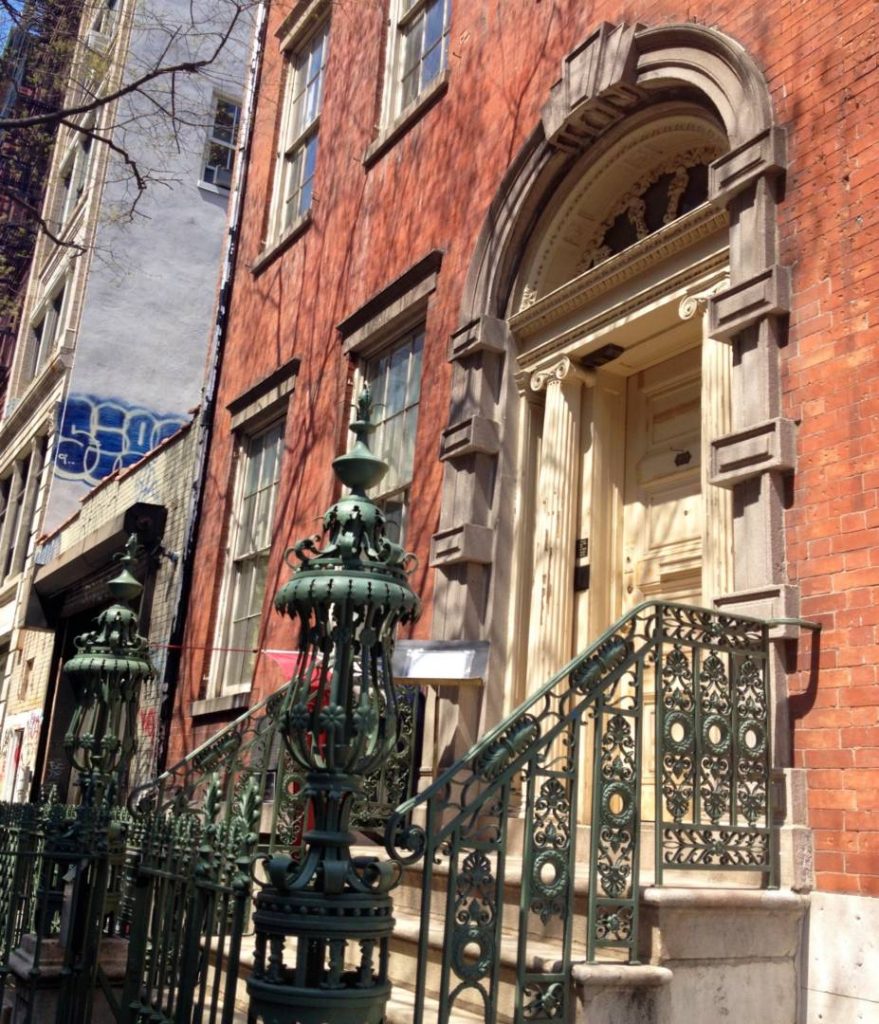 The NYC Village Halloween Parade is the most beautiful, suggestive, cheerful and involving theme parade that New York gives its citizens and visitors for the night of October 31st .

Try to imagine an unrestrainable flood of music, choreography and people dressed up with the oddest, original and creepy fancy dresses, organized in groups, on the floats, on stilts, by motorbike, by bike, on foot, et cetera… which literally fills the 6th Ave in the stretch from Spring Street as far as the 16th Street. 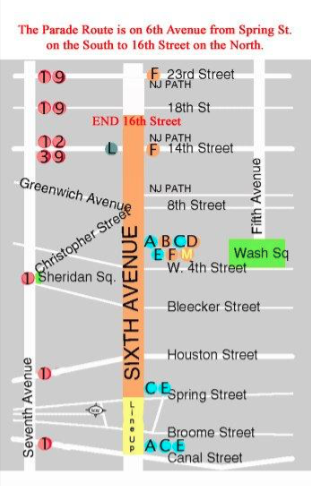 Halloween in New York: the map of the NYC Village Halloween Parade

To be an integral party of the parade it’s enough to dress up as anything you want and be present at the access at the 6th Ave from Canal Street, from 6:30pm on.

On the contrary, who wants only to enjoy the show can settle down in advanced on the sides of the 6th : reckon that already from an hour before, the streets are really crowded and the pavements are really full.

The parade starts at 7pm on October 31st and keeps going on for a good part of the evening until Midnight.

For further info as regards the participation look the NYC Village Halloween Parade official website up. 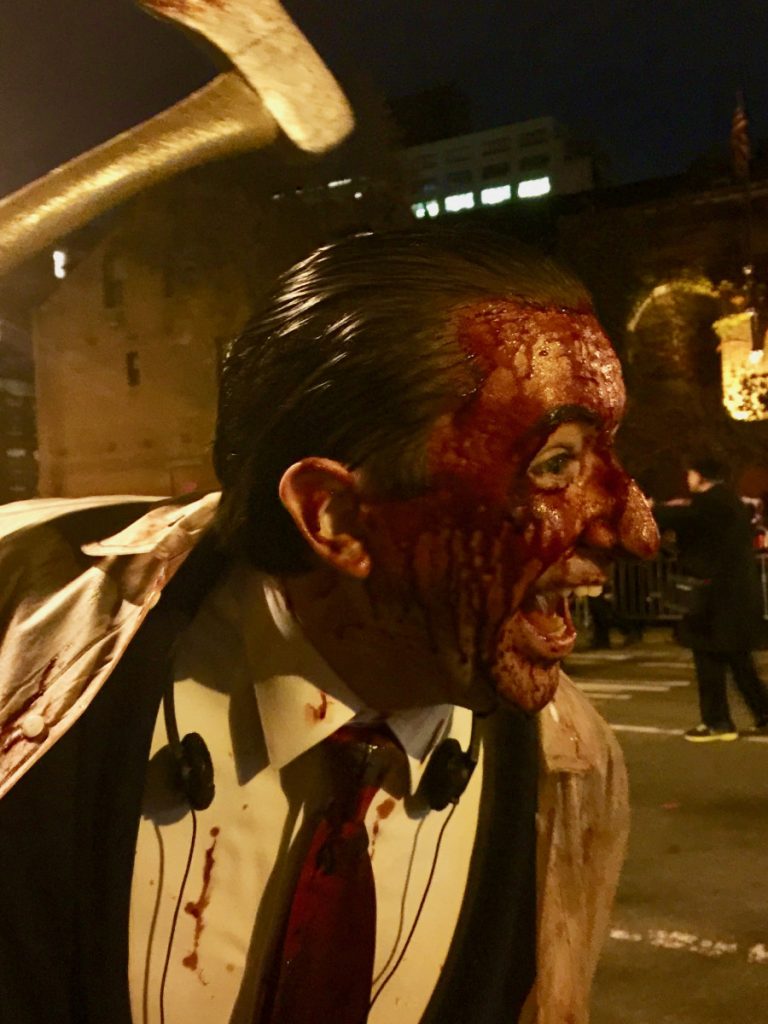 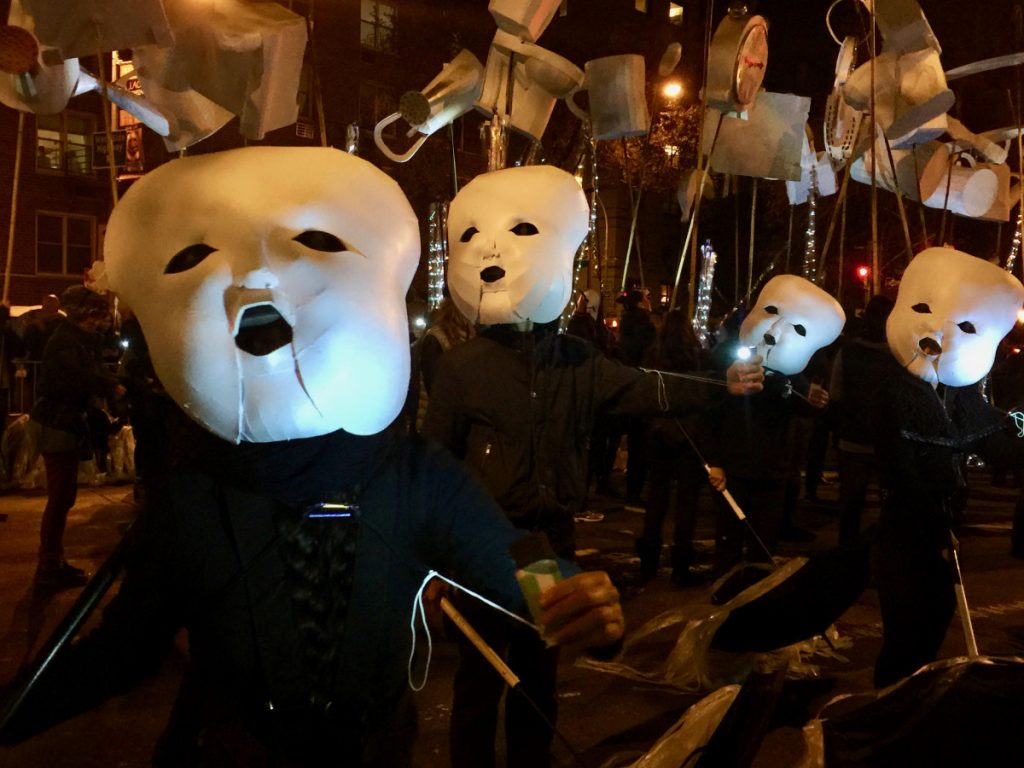 A very recommended show, one hour far from New York by direct train – from Grand Central Terminal exactly – in the nice Croton-on-Hudson Village, in the Hudson Valley.

You can admire over 7000 hand carved and lighted up pumpkins, light effects and surreal settings through a historic trail with sound effects and original and innovative soundtracks.

The show begins in late September and goes on until late in November, it’s on fee and usually it’s sold out already by mid October.

There’s the page of the Hudson Valley official website where its possible to purchase before the tickets according to the available dates. 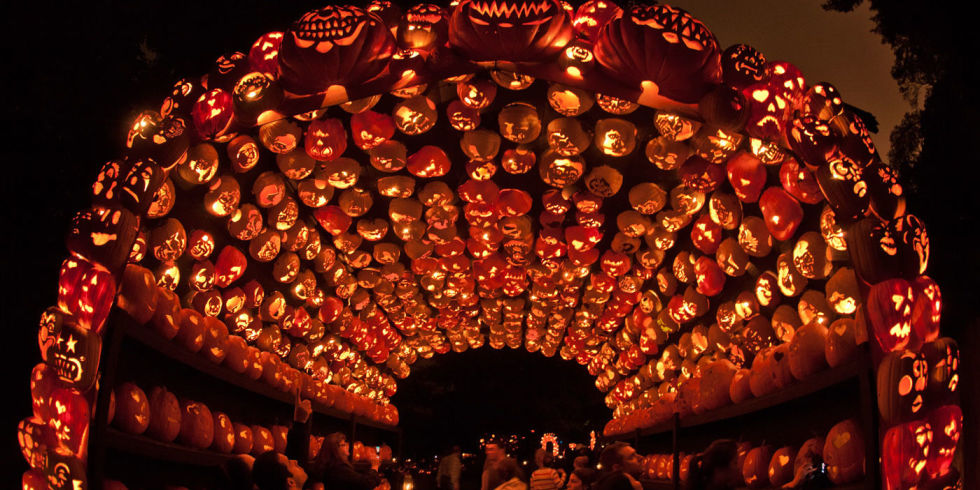 If you want to spend an exciting Halloween as well, but with your own family with parade, kids going around for “trick or treat” looking for sweet things, decorated houses at the limit of the possible, giant skeletons, great steaming pots and a lot, really lots of sharing and cheerfulness, then you cannot miss the Cobble Hill Halloween Parade in the redbrick row houses neighborhood with the same name – just Cobble Hill – in Brooklyn.

Around 4pm the families (all strictly dressed up) living in the area gather in the Cobble Hill Park and after have prepared the kids they start a noising and lively parade from Clinton St as far as Congress St.

A downright explosion of colors, smiles, music and fantasy organized freely by the Cobble Hill Association. 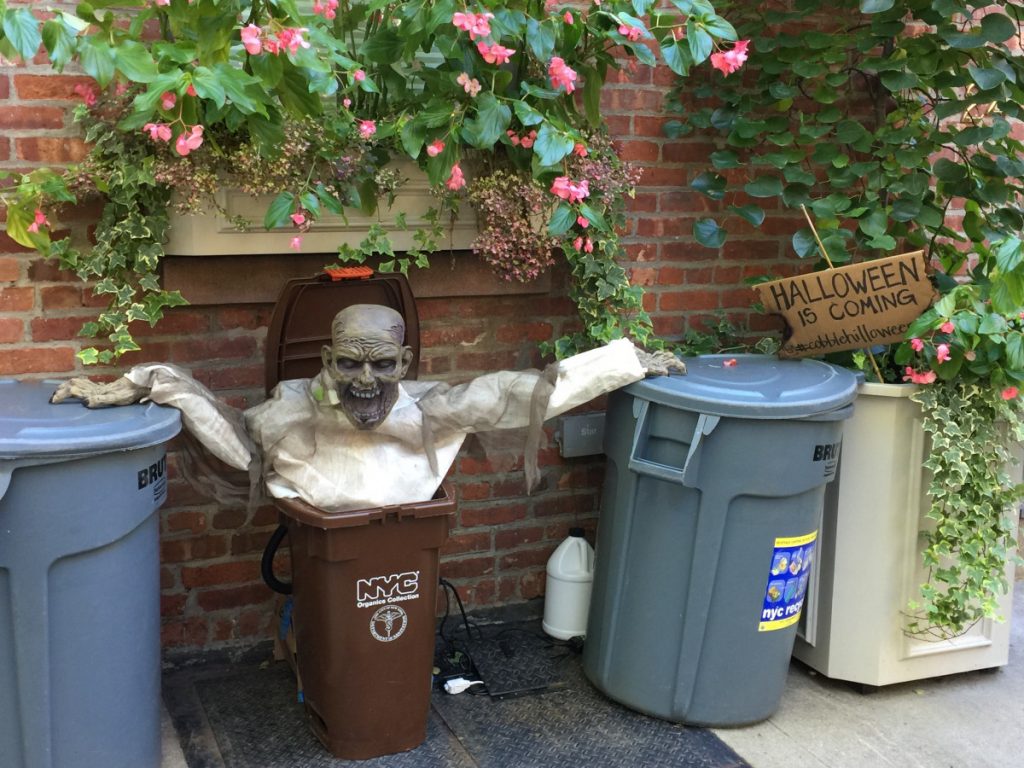 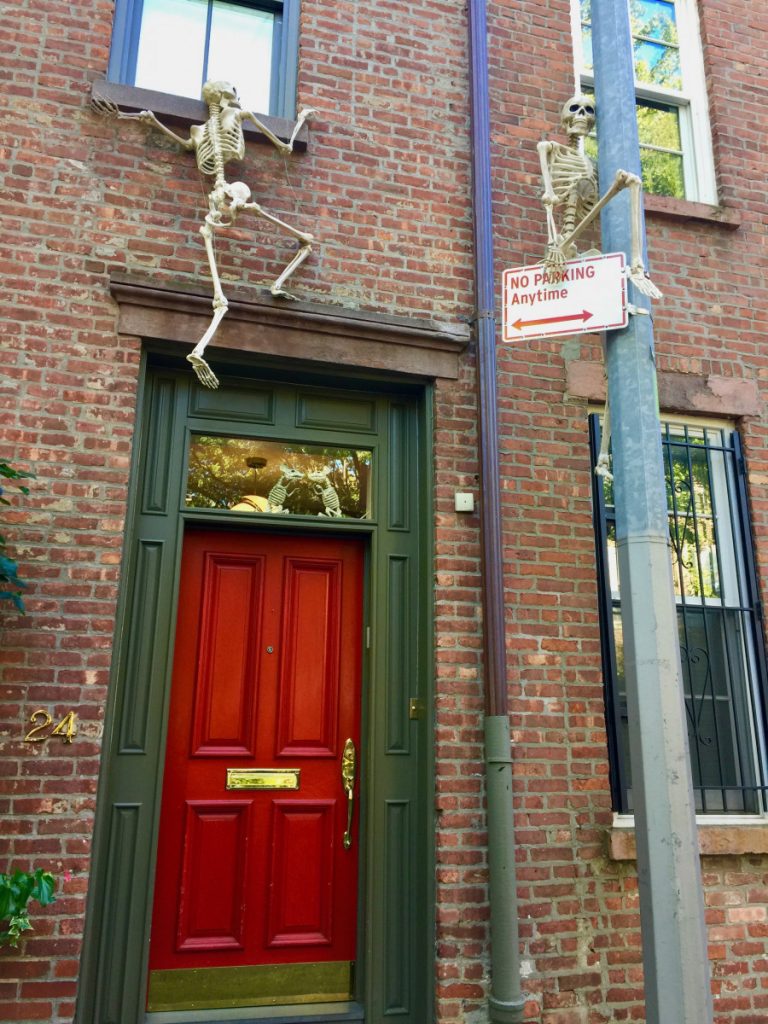 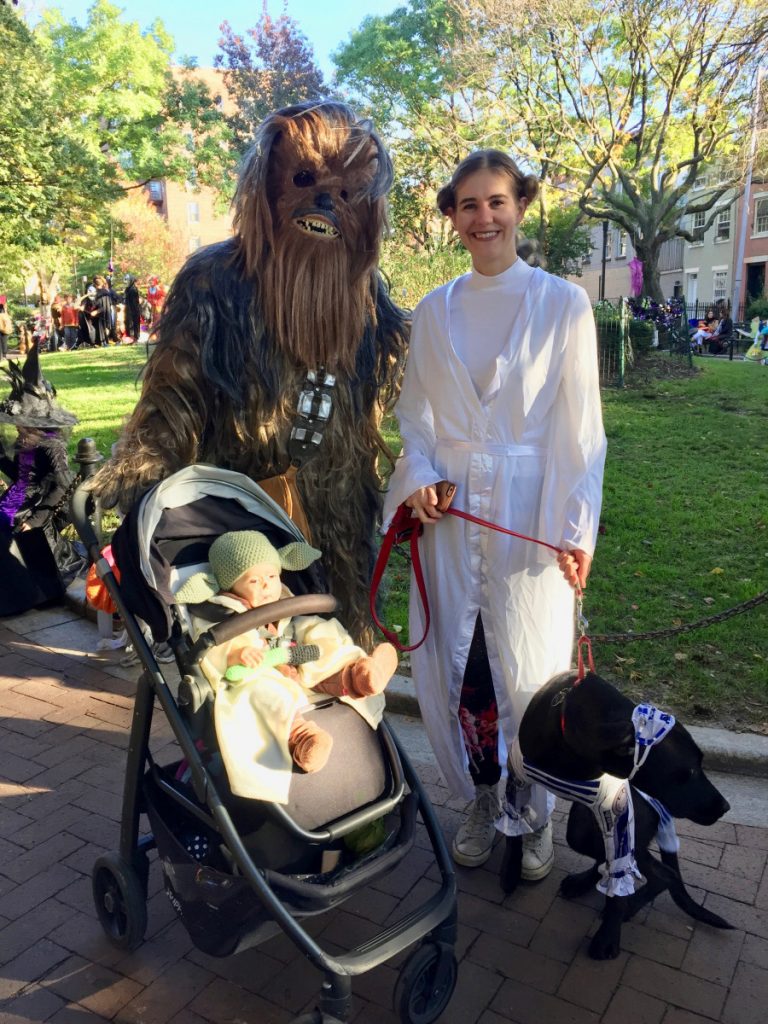 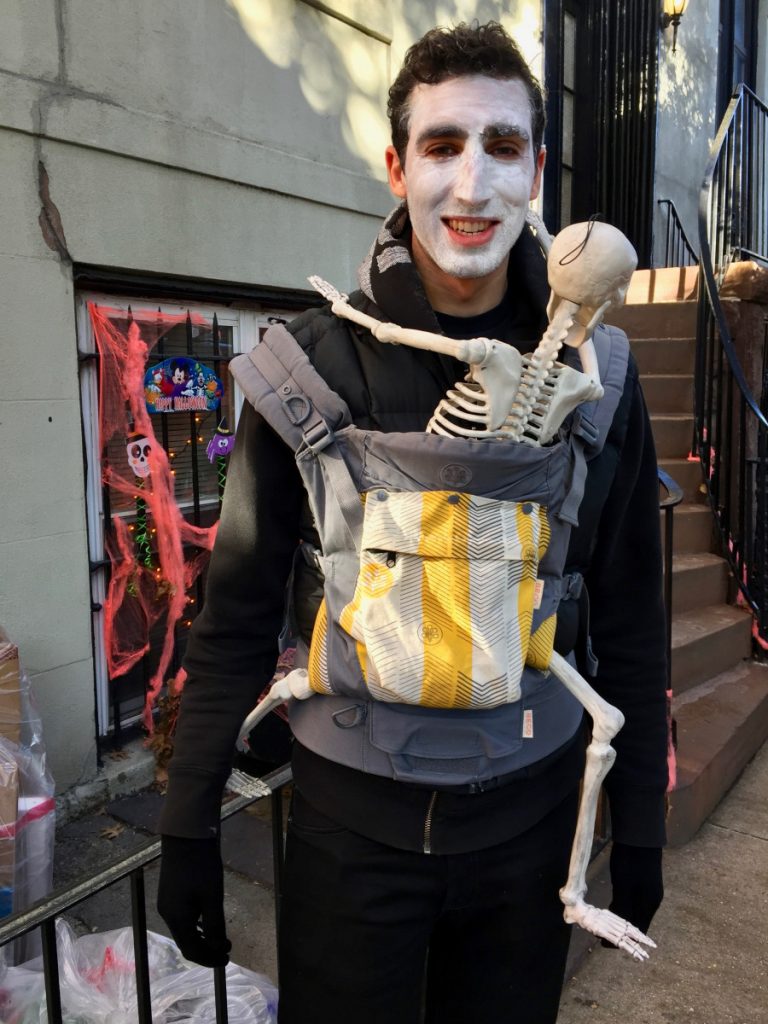 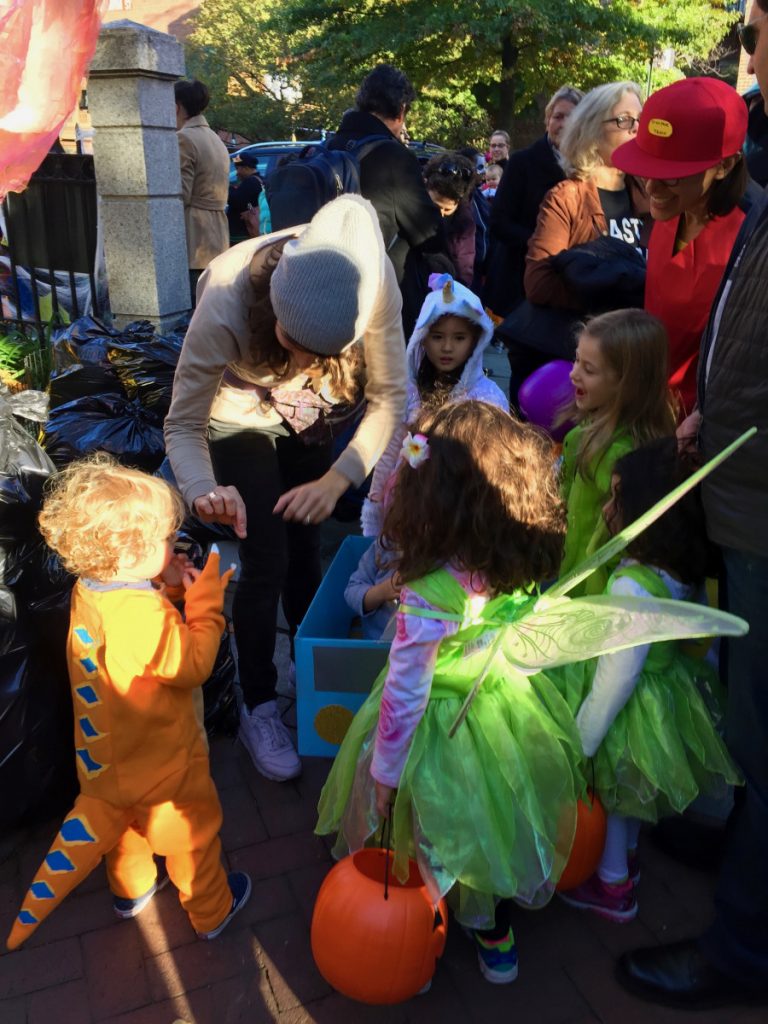 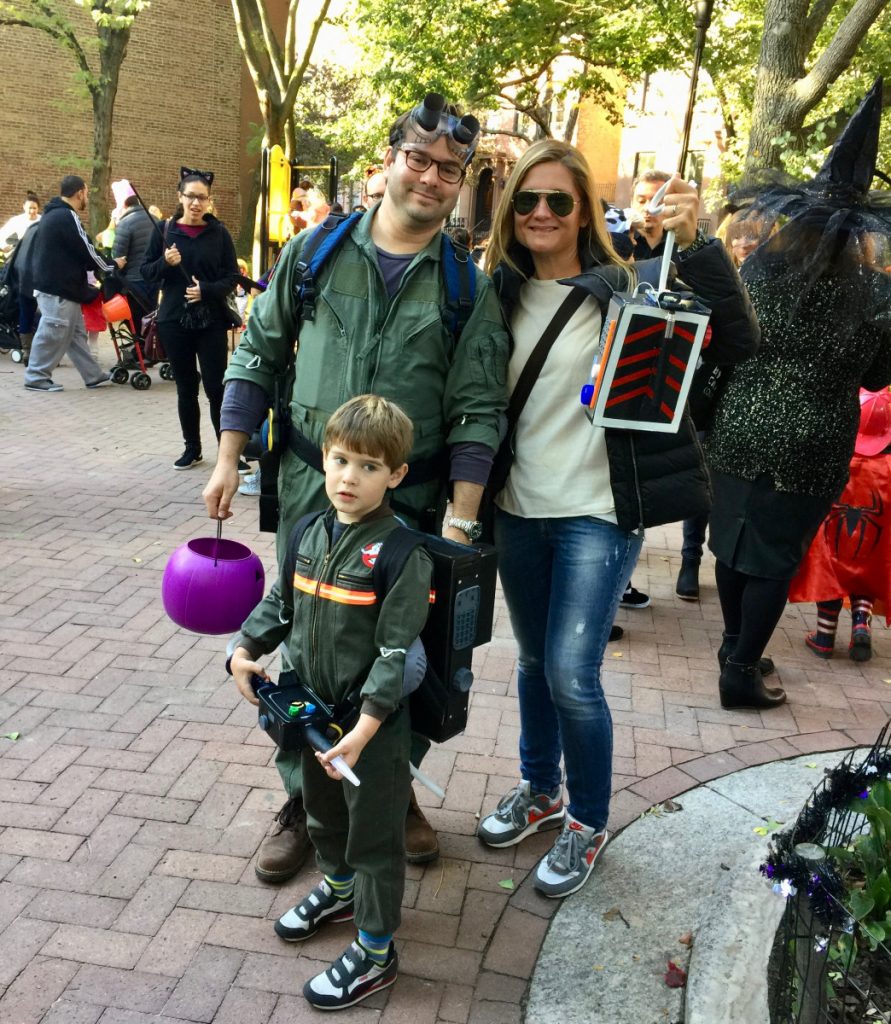 Halloween in New York: some cues and tips

To see the groups of dressed up children knocking at the doors of the houses looking for sweet things of the really awaited trick or treat, it’s necessary to go away from Midtown. The ideal areas are the Village, Soho, the Lower East Side, but also the residential neighborhoods of Brooklyn, Harlem and Astoria in Queens.

The same applies for the theme decorated houses.

More you go away from the skyscrapers of Manhattan more easily you’ll run into houses decorated by the oddest and sometimes creepy ways. I refer not only to carved pumpkins, but also giant spiders with webs, skeletons, witches, ghosts, zombies and really much more. 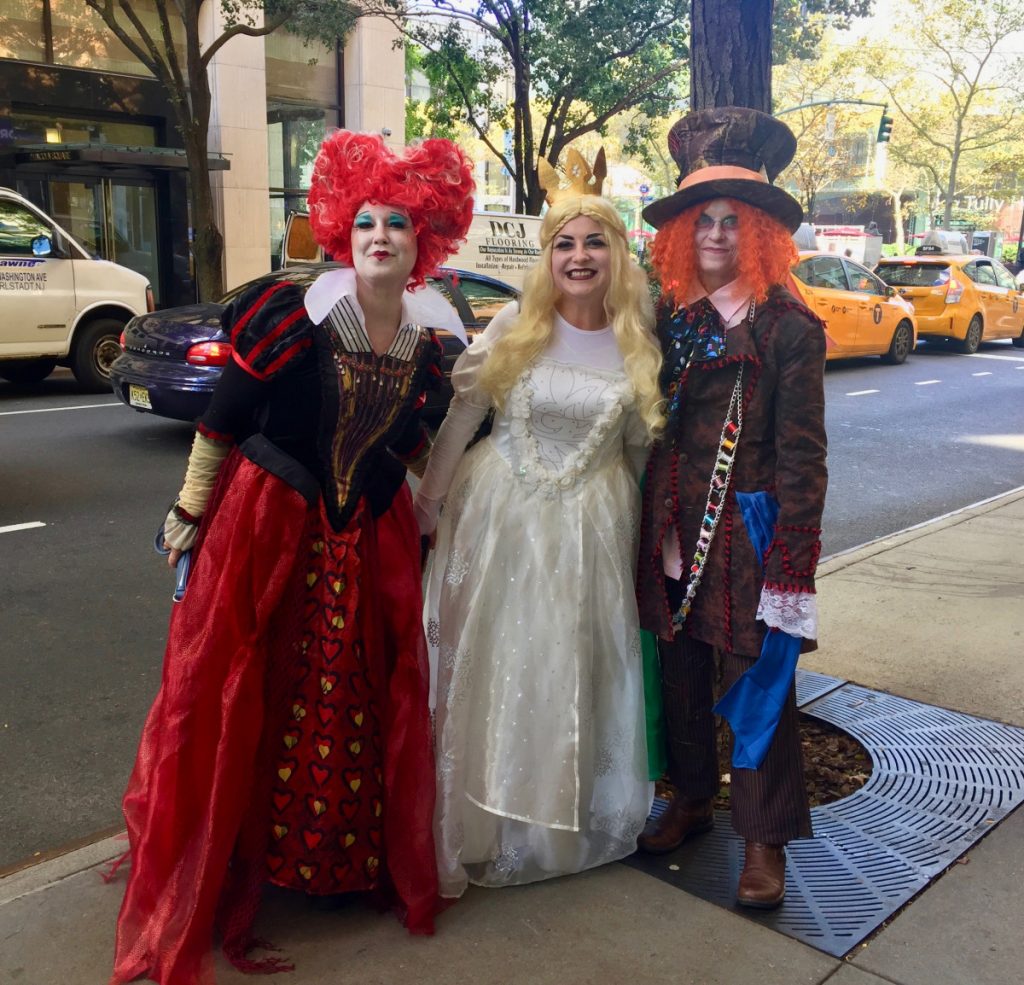 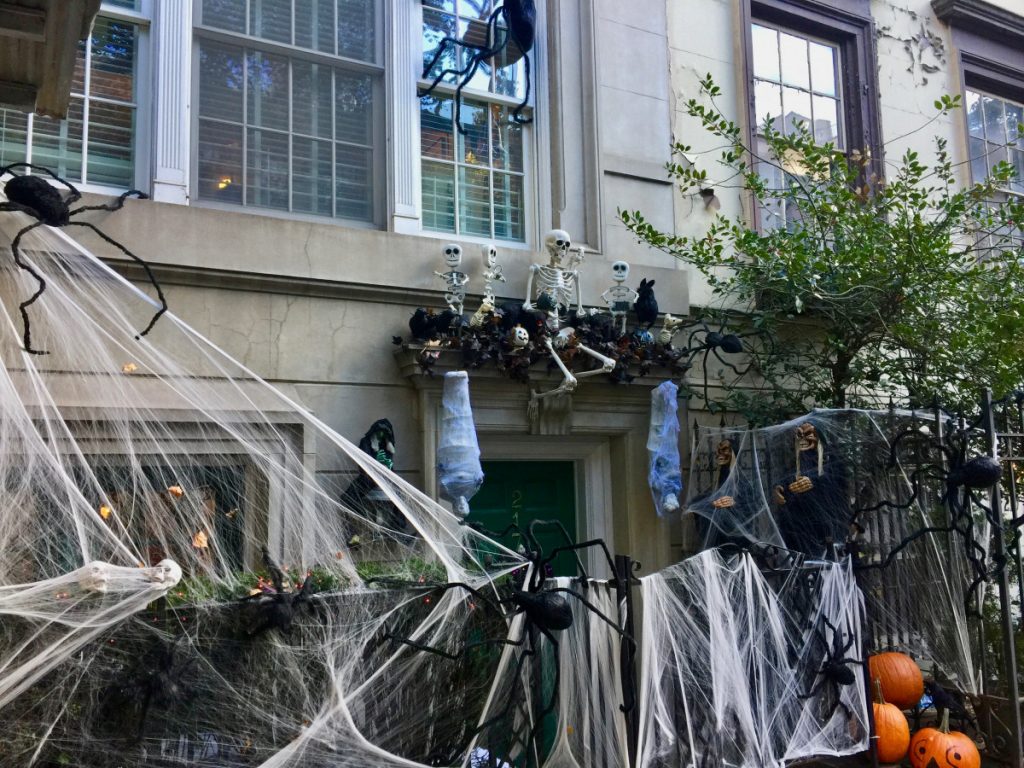 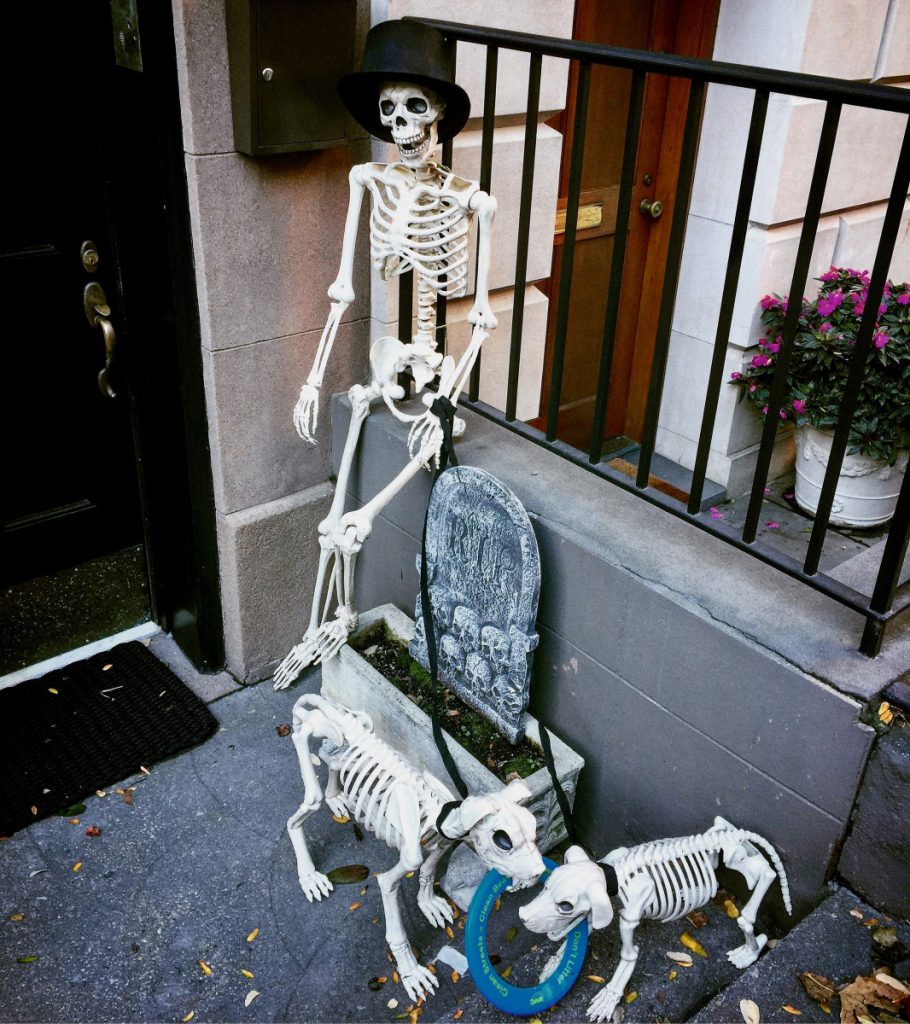 Starting from October 31st in the morning in any place of the city you are, you’ll easily run into odd characters with fancy dresses who will be well pleased to be photographed. However it’s common use to always ask before for the permission in order to take photographs or shoot videos.

Remember that many diners and fast foods chains offer special reductions – often really cheap – for the Halloween dinner. The costume is not required, but in some cases it is really recommended.

Find here the list of the most crowded theme parties for Halloween’s night (and dawn). 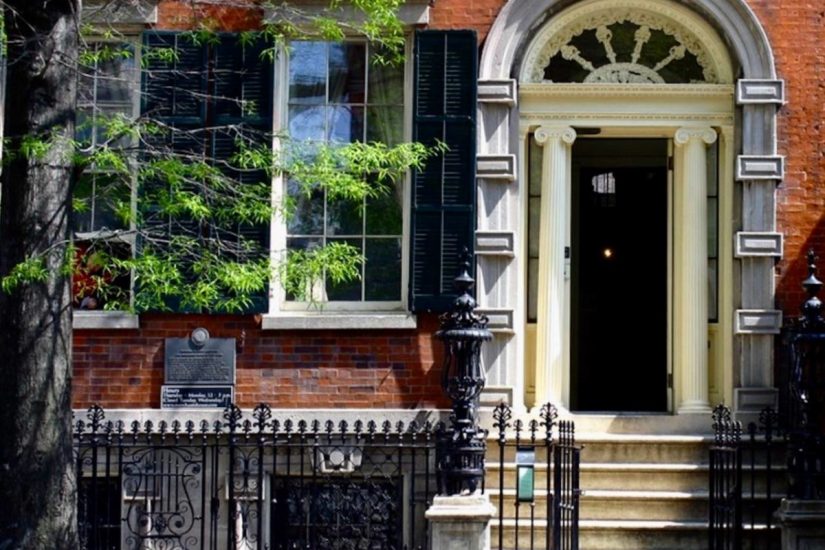 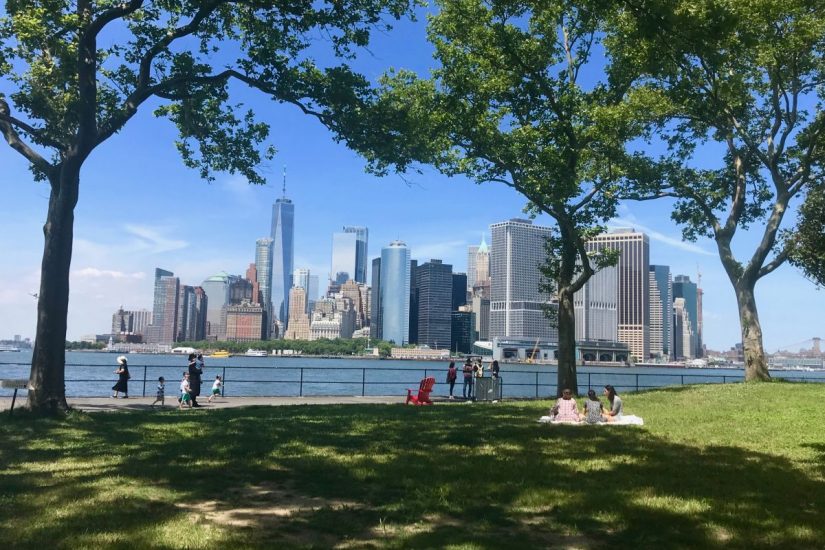 Summer in New York, what to do: visit Governors Island, the ancient and fascinating “garden-island” with a view of Nyc 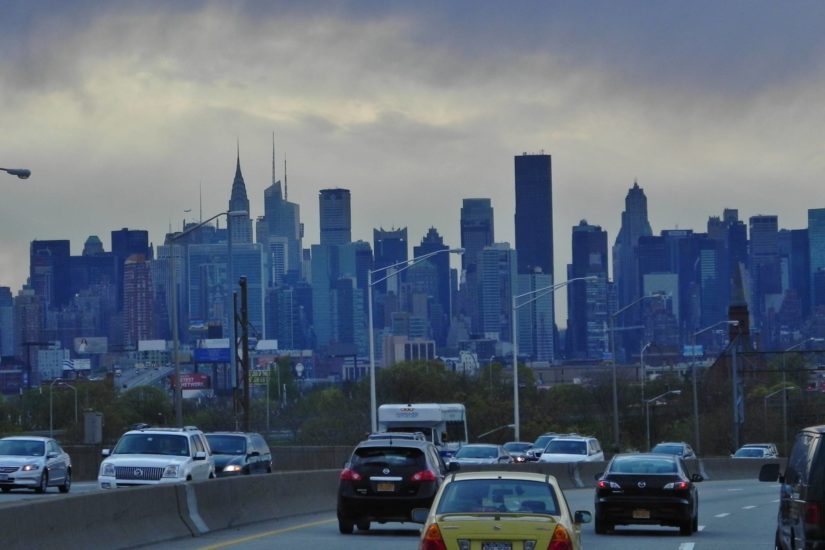