In the spectacular and idyllic region of Berkshires, the state of Massachusetts gives the best of itself.

It is incredible even just to imagine that in the western far end, just a few miles from the border with New York and Connecticut, this peculiar mixture between rural landscape and artists has given birth to a sort of American “Arcadia”.

Here green hills alternate to wooded valleys that turn into so many shades of red during the fall foliage. Along smaller roads, it is so frequent to come across waterfalls, streams, small country roads and picturesque villages nestled in space and time like inside a painting, a novel, or even a dream.

This is just the feeling when you get to Stockbridge, a charming little town in the Berkshires (just a little bigger than a village, in fact). This town is captured in collective imagination in the paintings of one of America’s best illustrators of the XX century, Norman Rockwell, who lived and worked here for 25 years. 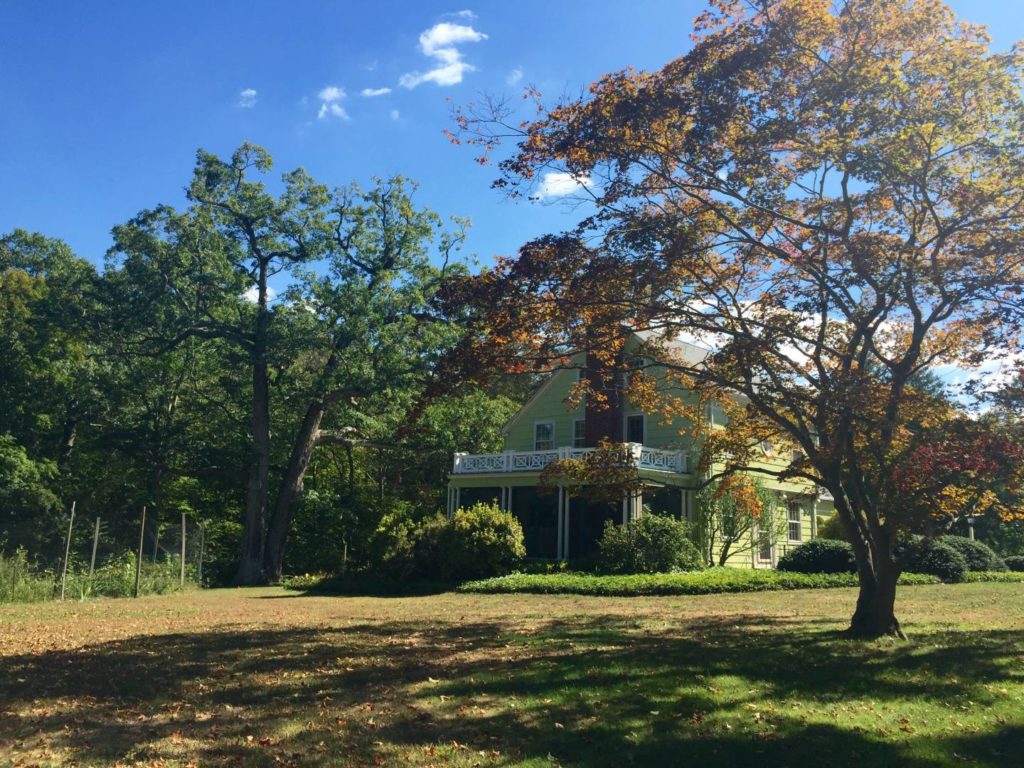 (Massachusetts to discover, across the Berkshires

Stockbridge: what to see and how to get there

Stockbridge is easily reachable thanks to Massachusetts Turnipike 90, an interstate motorway that horizontally cuts the state in two and links the town to Boston, in just over 200km.

My advice, for those of you who do not have much time is to leave the motorway just after Springfield and to continue first on the Secondary Highway 20 and then onto the 102. You will find yourself completely immerged into the spirit of the Berkshires and of the surrounding nature, and wanting to stop by in the little towns along the way.

Driving into Main Street, which in just over 1km covers all downtown, at a first glance you will soon notice that nothing has really changed from the picturesque image given by Rockwell to his beloved town, in one of his most famous works, Stockbridge Main Street at Christmas. 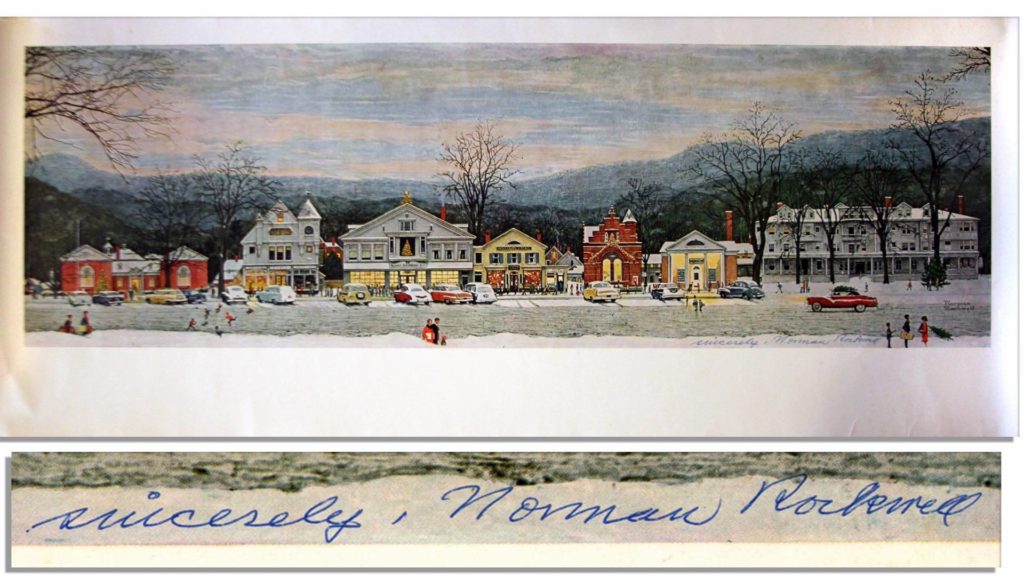 It is so peculiar to discover that every year in December, inhabitants and passionate recall the scene of the painting, attracting tourists and visitors from New England and from many cities on the East Coast.

As told in Rockwell’s painting, still today you can admire the small wooden cottages and the charming little houses along Main Street. You can browse inside the picturesque novelty New England-style shops, have a coffee at the cafeteria near General Store and even stop by for lunch, or stay overnight at the beautiful Red Lion Inn, one of the most famous and oldest inns of New England. 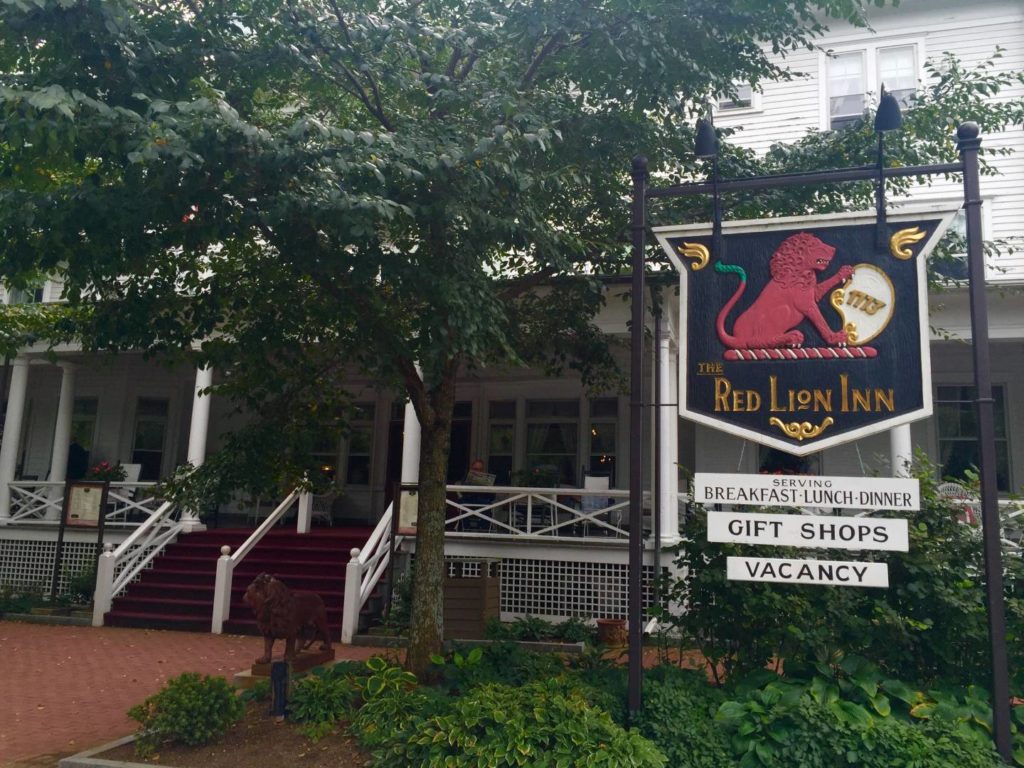 Not far from Stockbridge, going west towards the MA 102 and then right after the crossing on the left, onto the MA 183, you can visit the biggest world collection of paintings, covers and sketches of the famous American illustrator, The Norman Rockwell Museum. The museum is organized in a modern exhibition center. 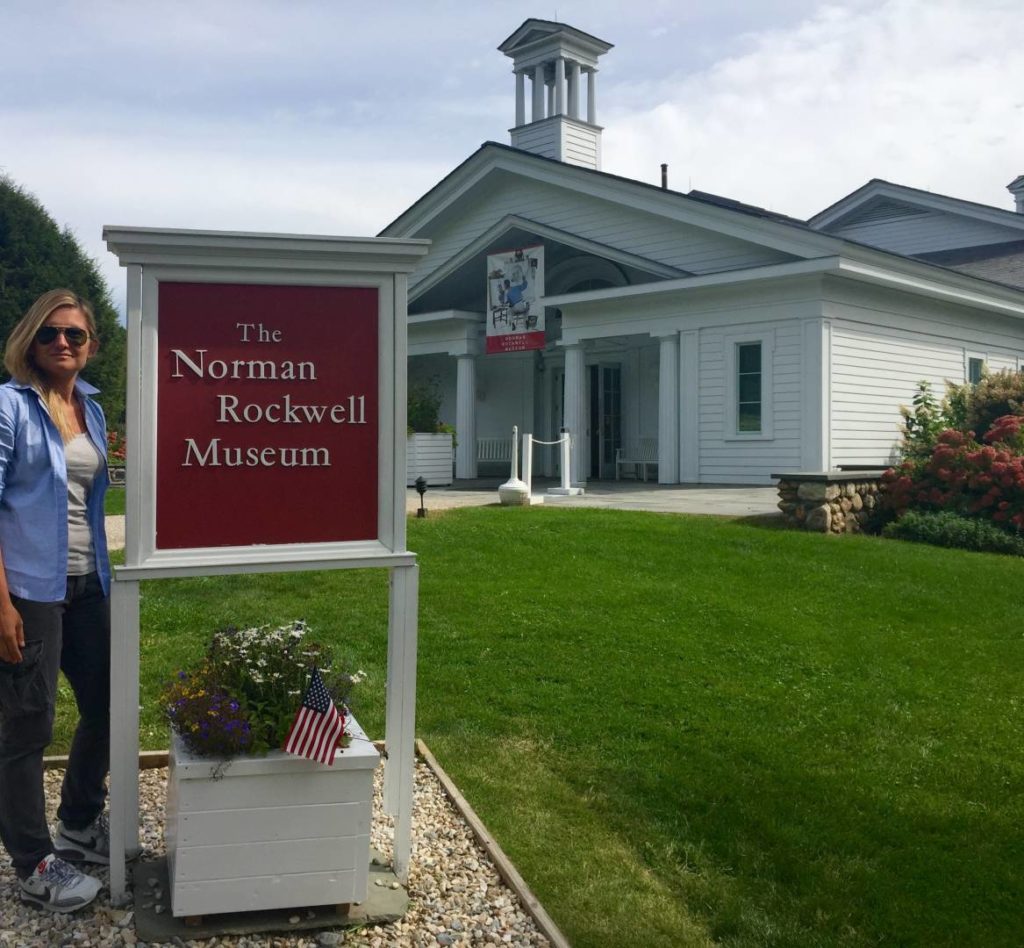 Rockwell worked for several years as illustrator for The Post and The Sunday Evening Post, producing 322 covers, also for magazines and publishers becoming in a short time one of the most loved and appreciated illustrator of the American public; he became so famous that he influenced the education and path of the following generations of illustrators. 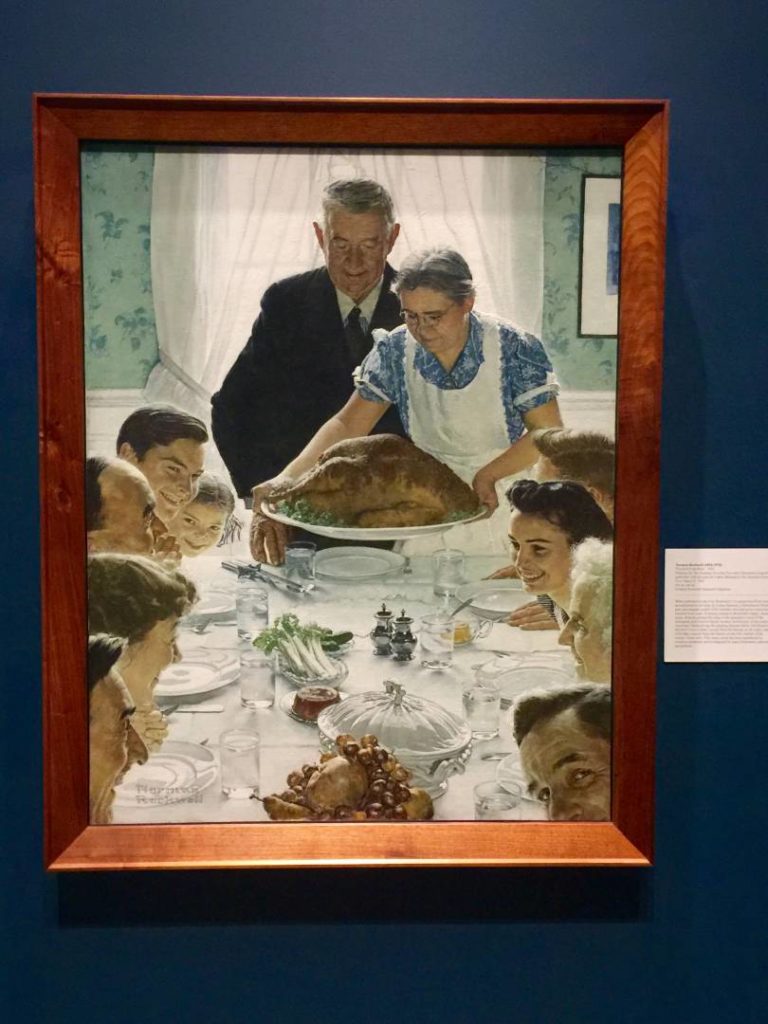 He was the first to understand the importance of the image as icon, and was able to capture the attention more than any phrase or word…

The power of seduction of the front cover of a magazine at a newsstand lasts 3 seconds, it is equivalent to a glance. In those few seconds the buyer has to be convinced, enchanted and, if possible, he has to identify himself so much that he can’t resist in buying a copy of that magazine.

The Norman Rockwell Museum is a unique place in terms of location, installations and intents.

It enables to get to know and appreciate the work of an artist, a sort of reporter with paint brush, who even before many others (Andy Warhol himself), told the story of a century of America to the world in an unusual and original way, always with irony and courtesy. 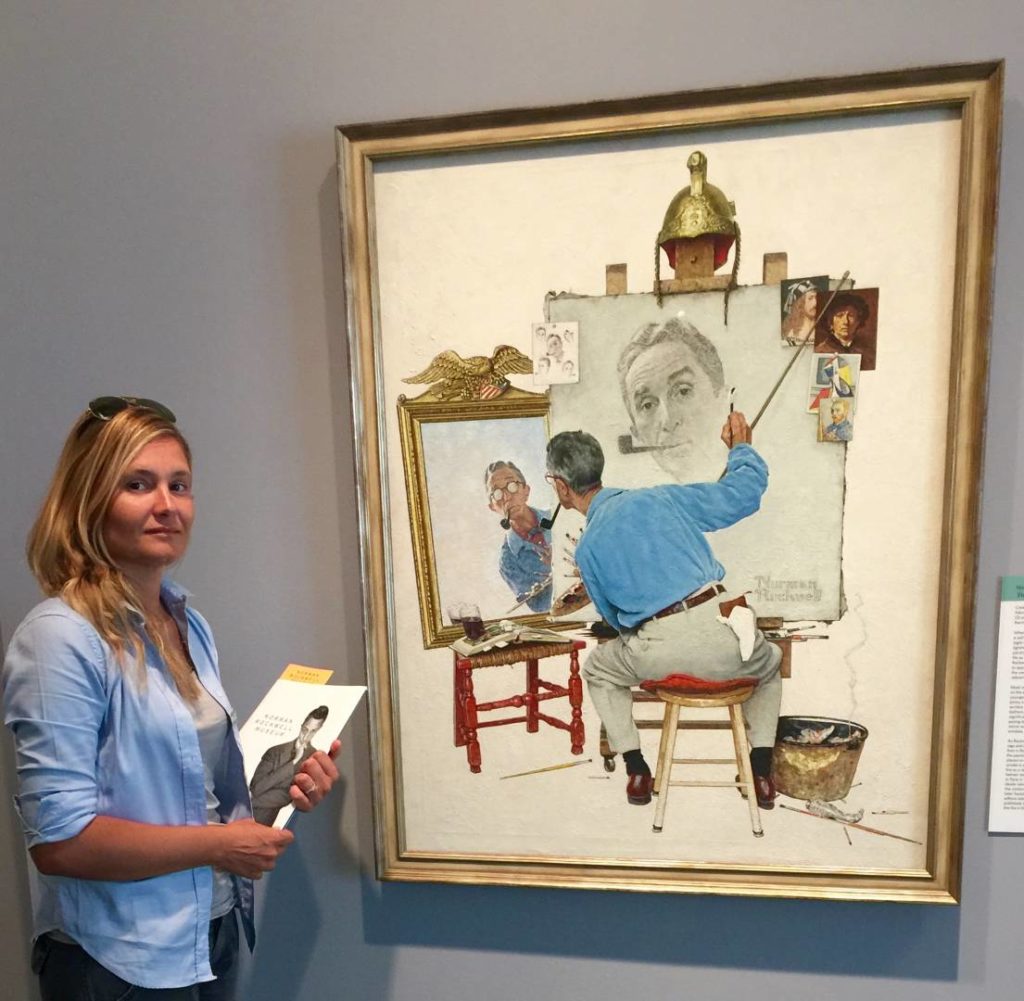 The America of the “great dream”, of traditions, of great characters, of wars, problems and social condemnations; the America of advertisements, feelings, public places and real values.

Among the works that you can admire, it is impossible not to mention “The Problem We All Live With”, which is referred to a difficult moment for integration and for the blacks’ rights in the 50s, his ironic “Triple Self Portrait” where an elderly Rockwell is in front the mirror is painting a version of a much younger himself. Or “The Runaway” or even “Freedom from Want”, the celebration of American Thanksgiving. 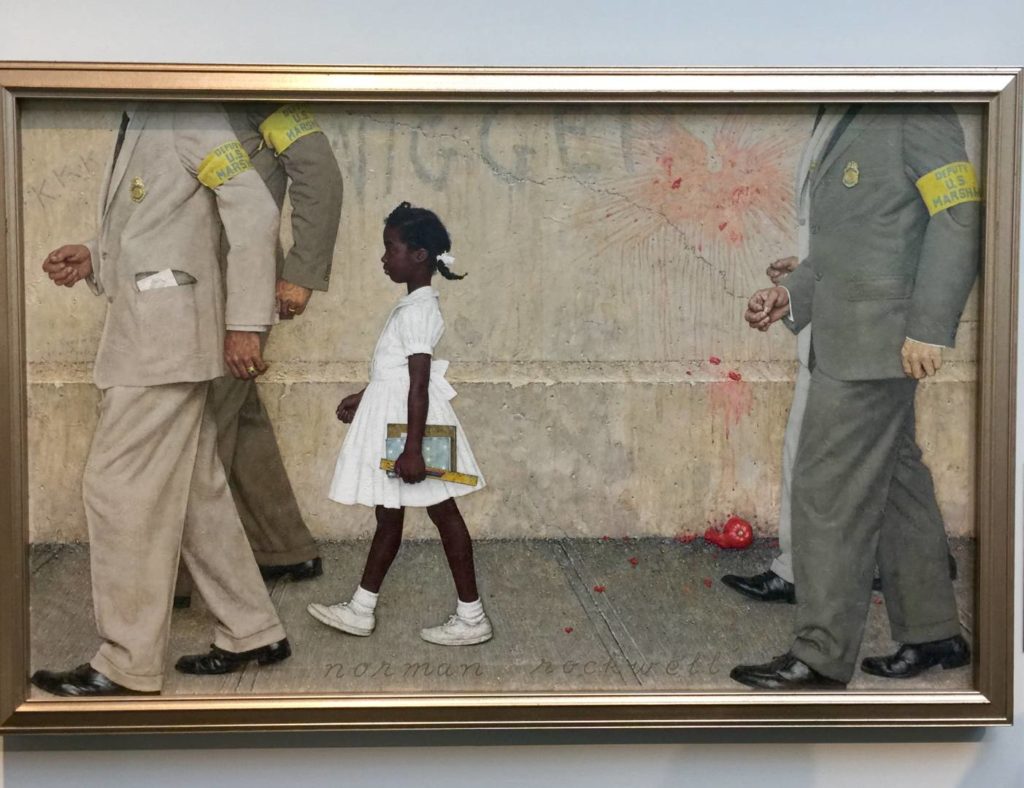 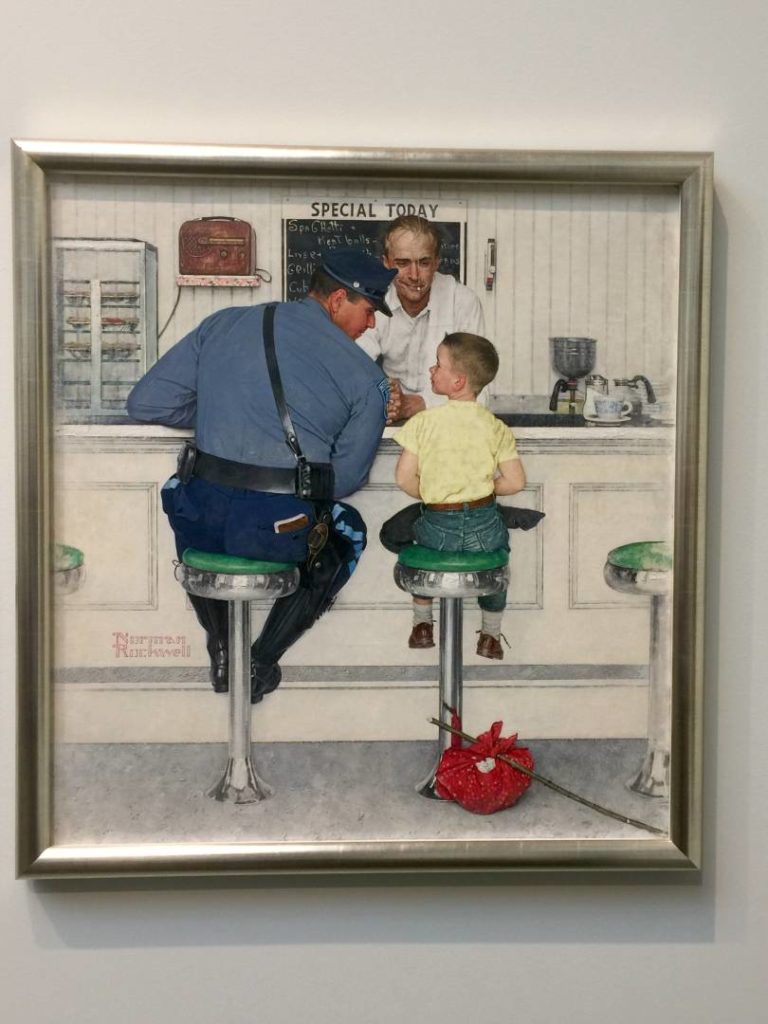 It’s us that become tired when we stop being curious and grateful.

Inside the Norman Rockwell Museum area, just a few steps from the exhibition (a white path will show you the way), it is also possible to visit the original workshop of the artist, brought here from his private home in Stockbridge.

The workshop is placed on top of a hill overlooking Berkshires’ sweet valleys, an area which was really loved by Rockwell. 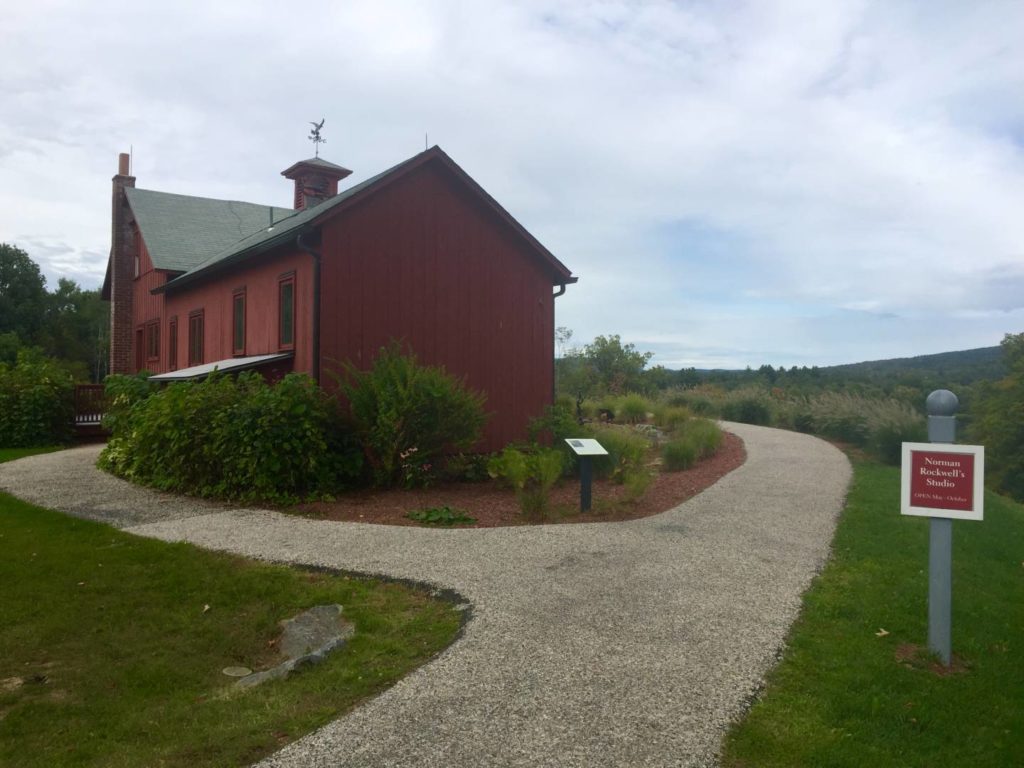 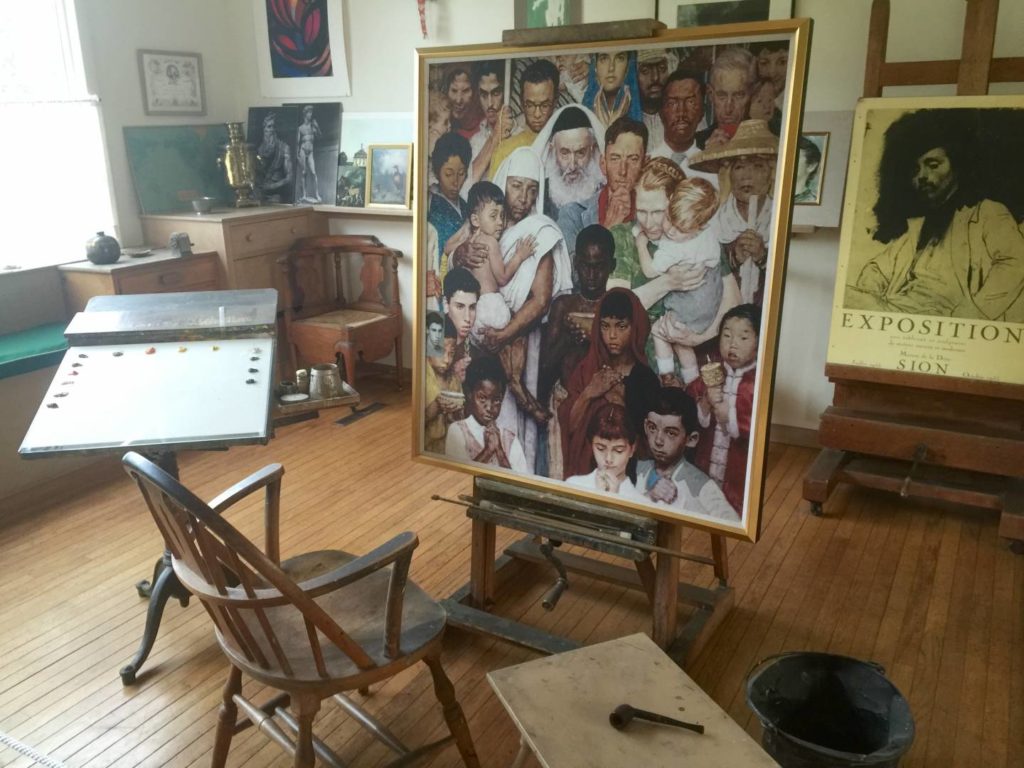 Another small and emotional piece of a land or even better, or a state which deserves to be explored in its richness and told with passion and attention.

Massachusetts to discover, taste and live. 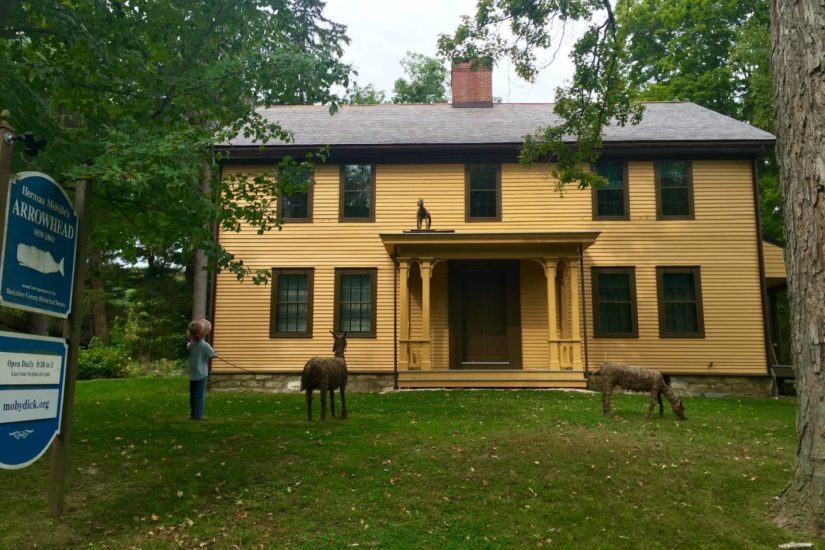 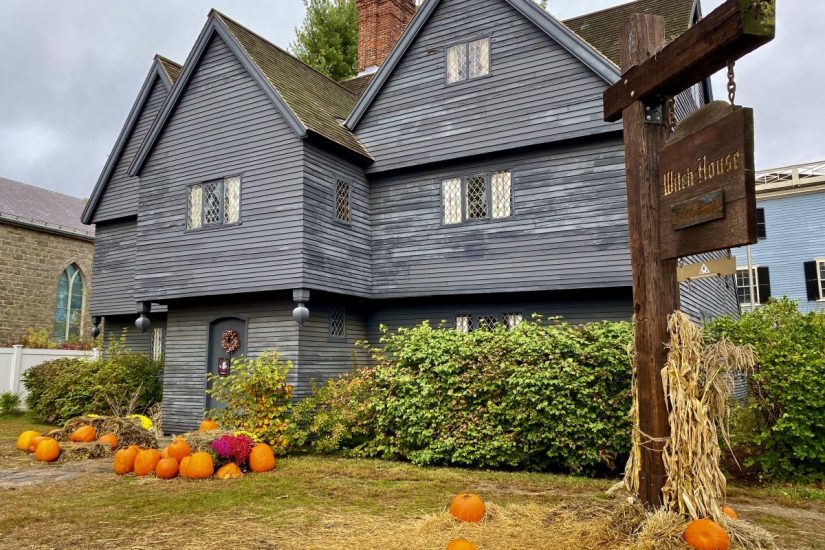