Little Women filming locations: the itinerary throughout Massachusetts discovering the real locations of the book in the background of the new movie by Greta Gerwig.

From Boston as far as Concord, from Harvard as far as Ipswich, a journey into the life, the emotions, the tales and the words by Louisa May Alcott. 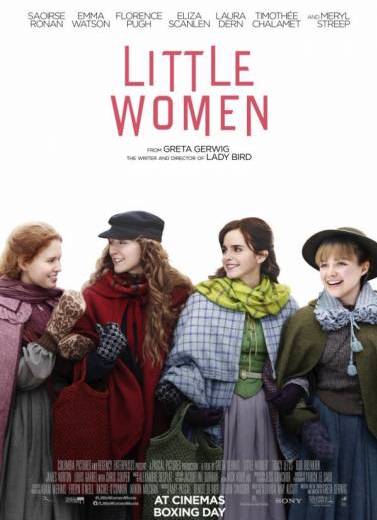 The novel everyone has read – even only in part – at least once in life.

Little Women by Louisa May Alcott.

The history of the 4 March sisters – Jo, Meg, Beth and Amy – their family, the terrible aunt March, and the dearest friend Laurie in the bucolic and transcendentalist Massachusetts of the second half of the 1800s.

An autobiographic narrative path (published in the remote 1868) definitely innovative that through the definition of 4 well different characters and their evolution over time, will be able to convey the personal growth of each by an extremely natural and surprising way for the time – besides making entire generations of readers dreaming. All this through ambitions, aspirations, talent, disappointments, successes, pains and emotions. 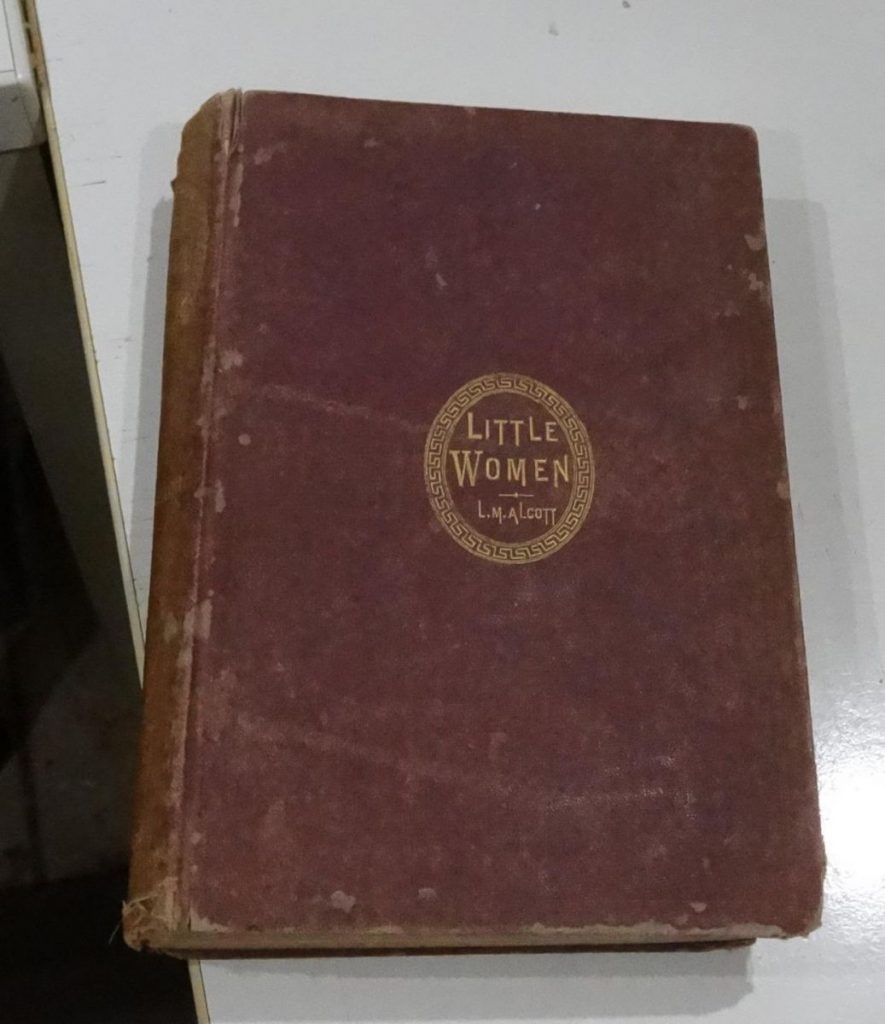 A novel highly autobiographic: the author – Louisa May Alcott, one of the greatest female writers of the “American Renaissance” is actually the alter ego of the protagonist Jo, as well her sisters have highly contributed in defining the characters of Meg, Beth and Amy. 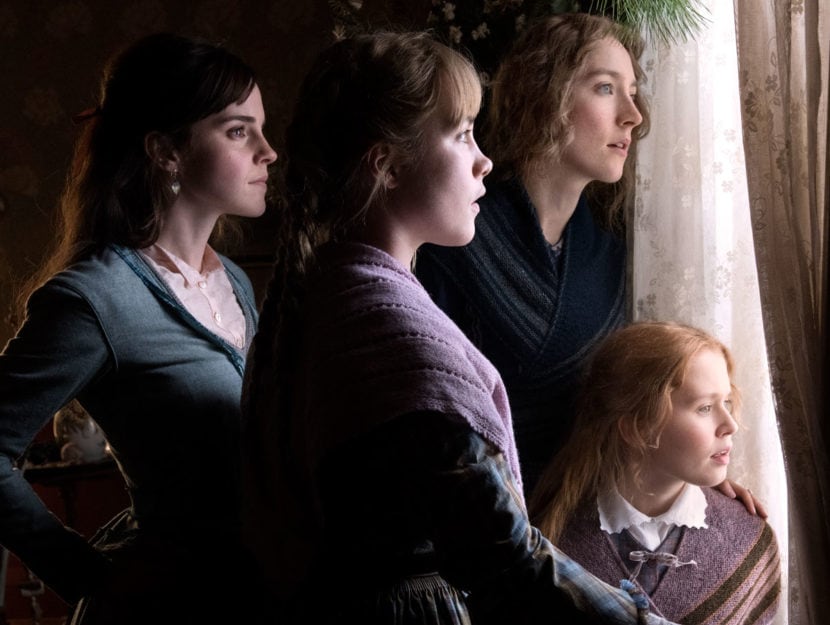 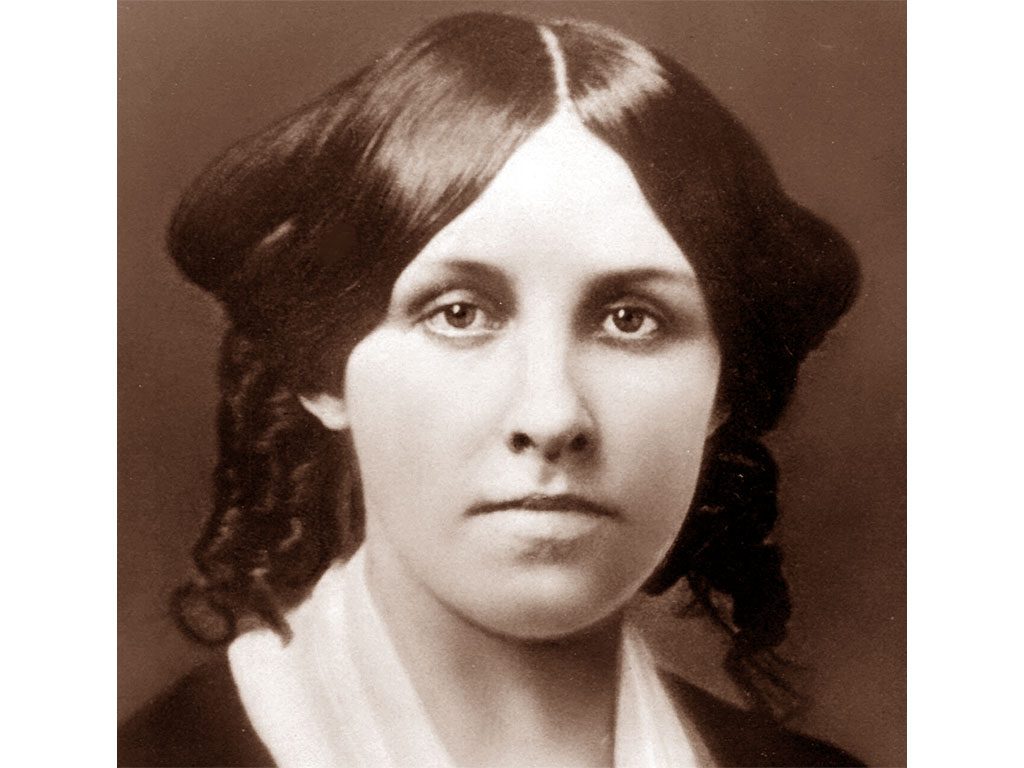 A real praise of determination and female creativity with an exceptional background: the real locations in Massachusetts where Louisa May Alcott set (and in part she lived personally during her real life) many scenes of the novel.

A unique occasion to go over and rediscover together a good part of those places.

Find down here the main stages: authentic locations and rich in charm to plan an itinerary about, not only dedicated to the movie, but also to deepener the historic, literary, landscape, artistic and traditional knowledge of Massachusetts – one among the most ancient and charming states of the USA – thanks to theme paths. 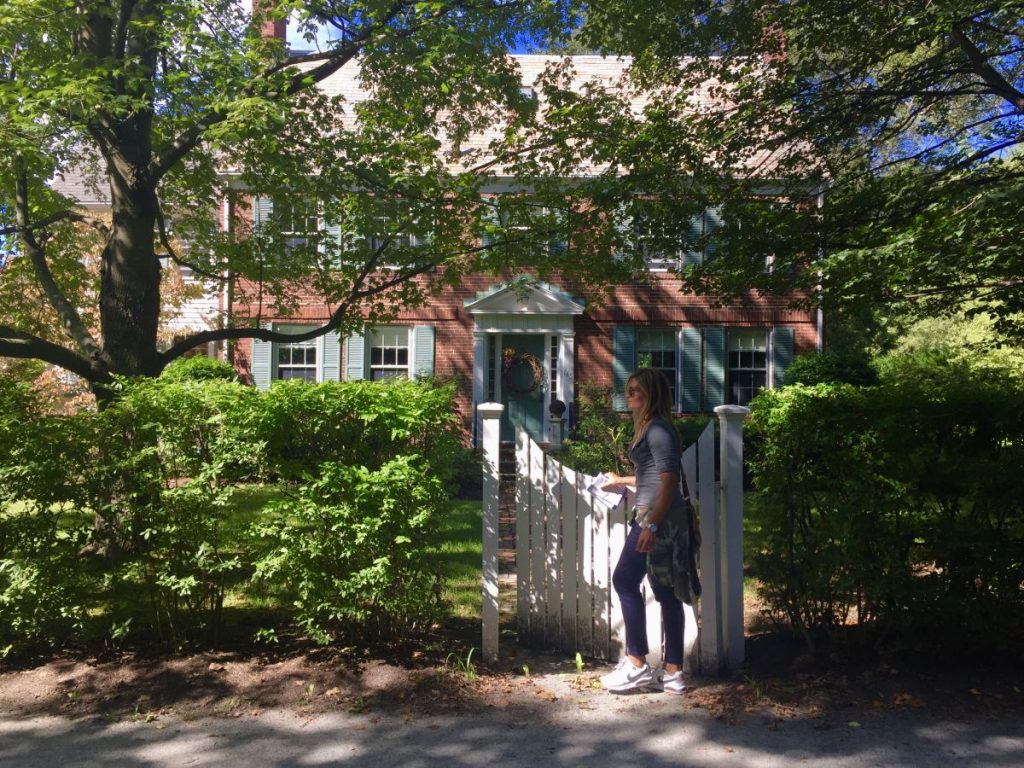 Concord is the stop motion of a little ancient world.

It is the place where Louisa May Alcott lived a good part of her life (and where she rests, at the Sleepy Hollow Cemetery), in touch with writers of the caliber of Ralph Waldo Emerson, Nathaniel Hawthorne and David Thoreau. And where she wrote and set Little Women.

The perfect location, among buildings, the main street and the main square, where to shoot the movie.

Starting from Orchard House, Alcott’s house-museum…or maybe we’d say Little Women’s house: enter and find oneself – room by room – flipping through the pages of the book virtually, as far as the small white desk overlooking the window of the room at the second floor. That one where Louisa wrote the whole novel. 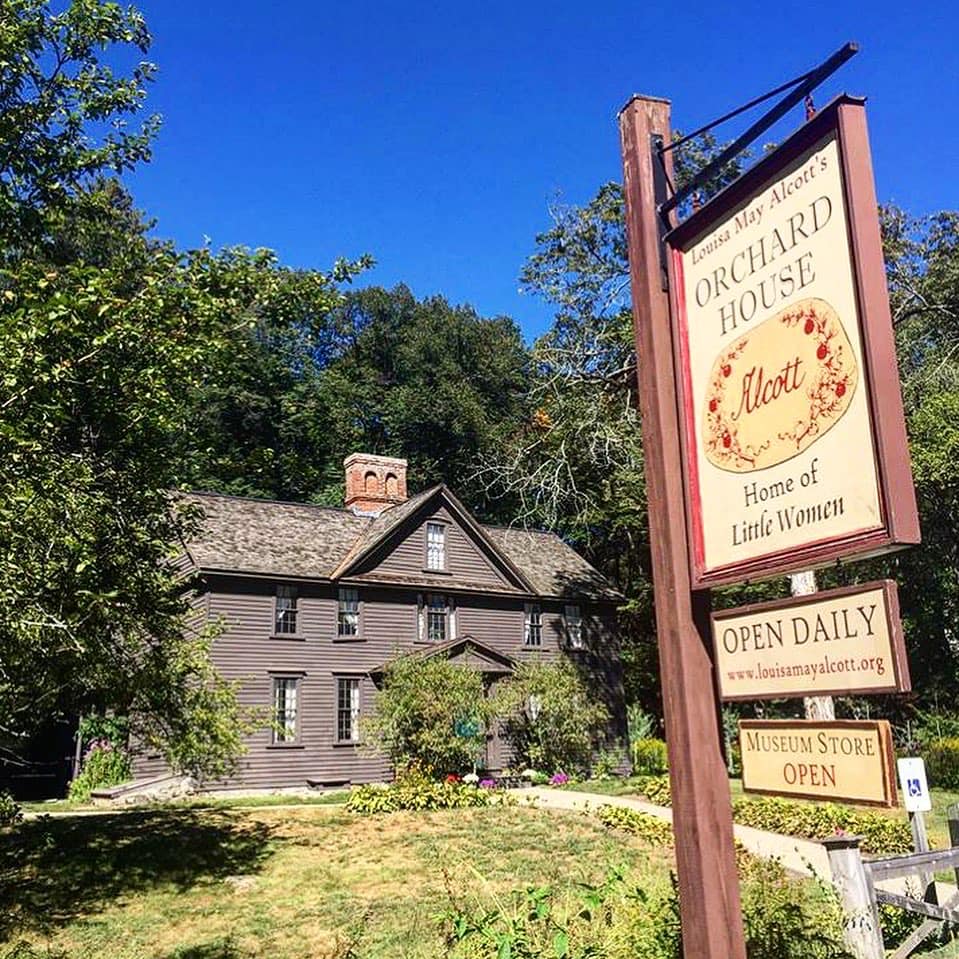 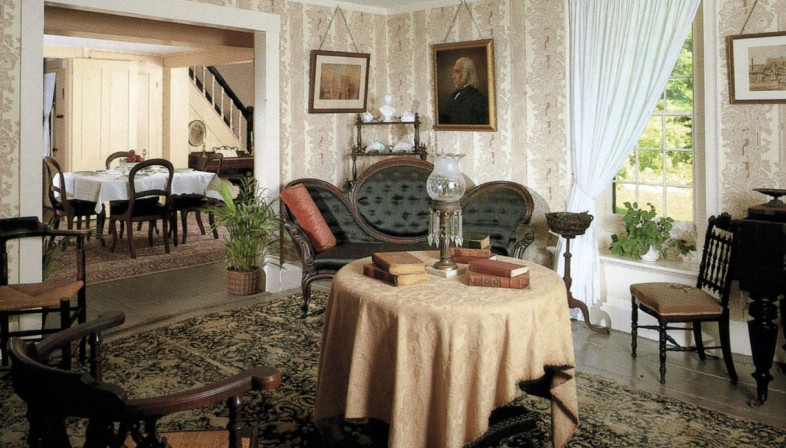 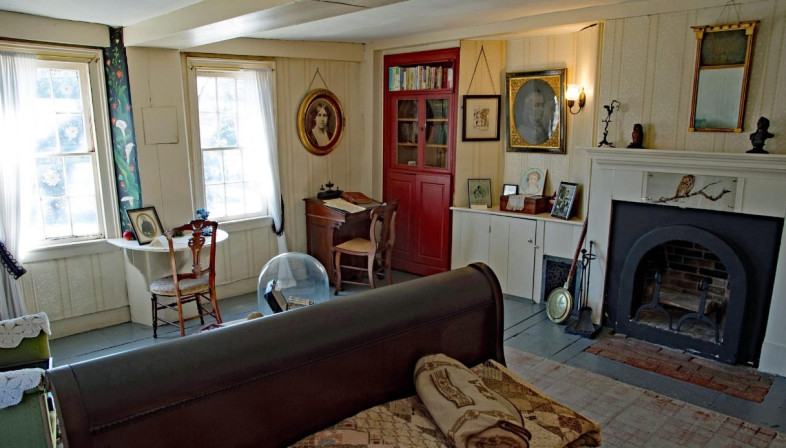 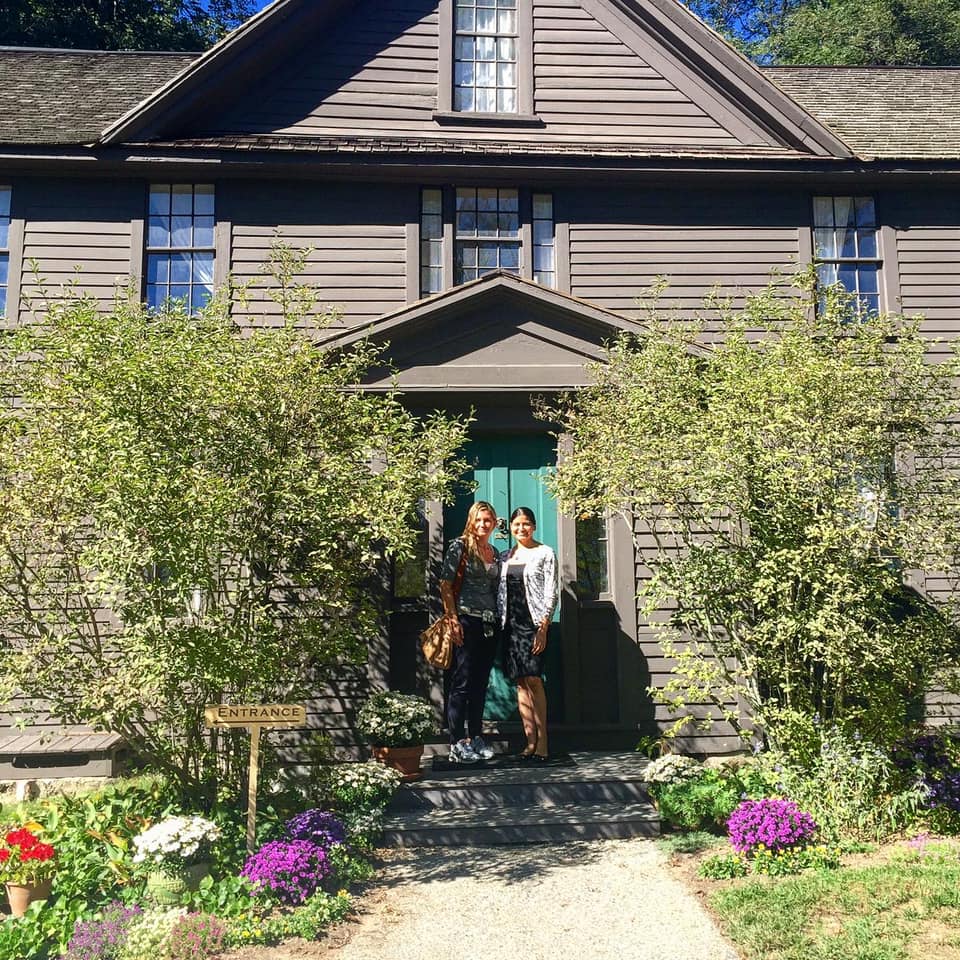 Then go on with the Old Manse, Nathaniel Hawthorne’s dwelling – the author of “The Scarlet Letter” and “The House of the 7 Gables” – and the Minute Man Historical Park. Both were used as background for the scenes of the river and the woods. 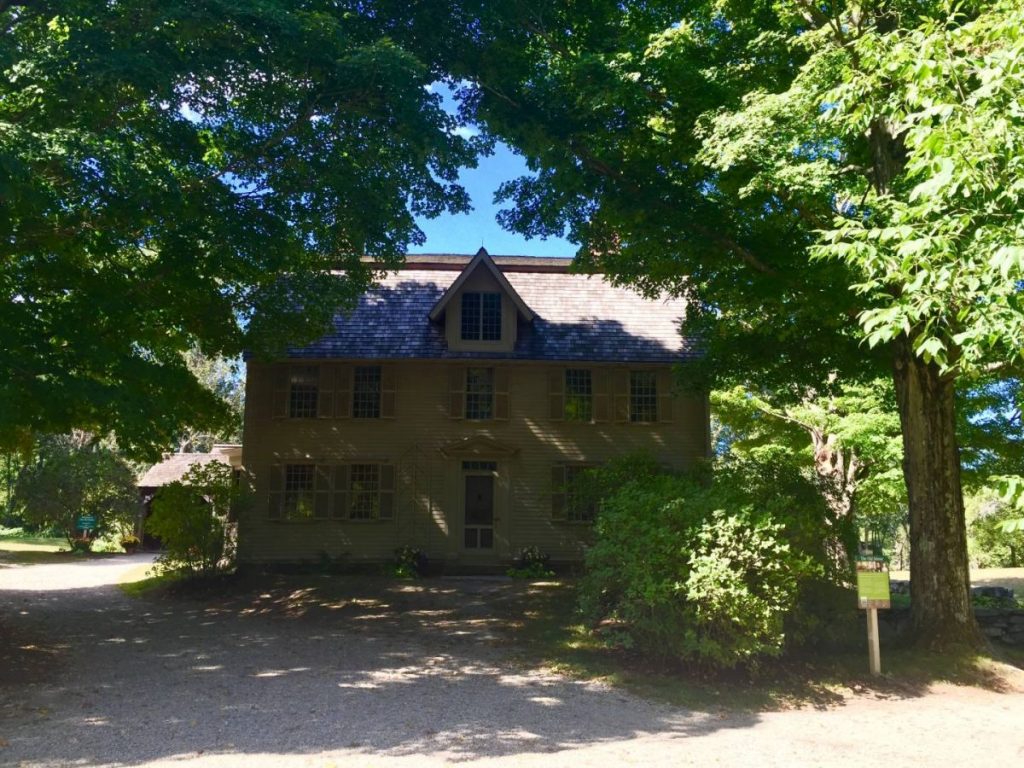 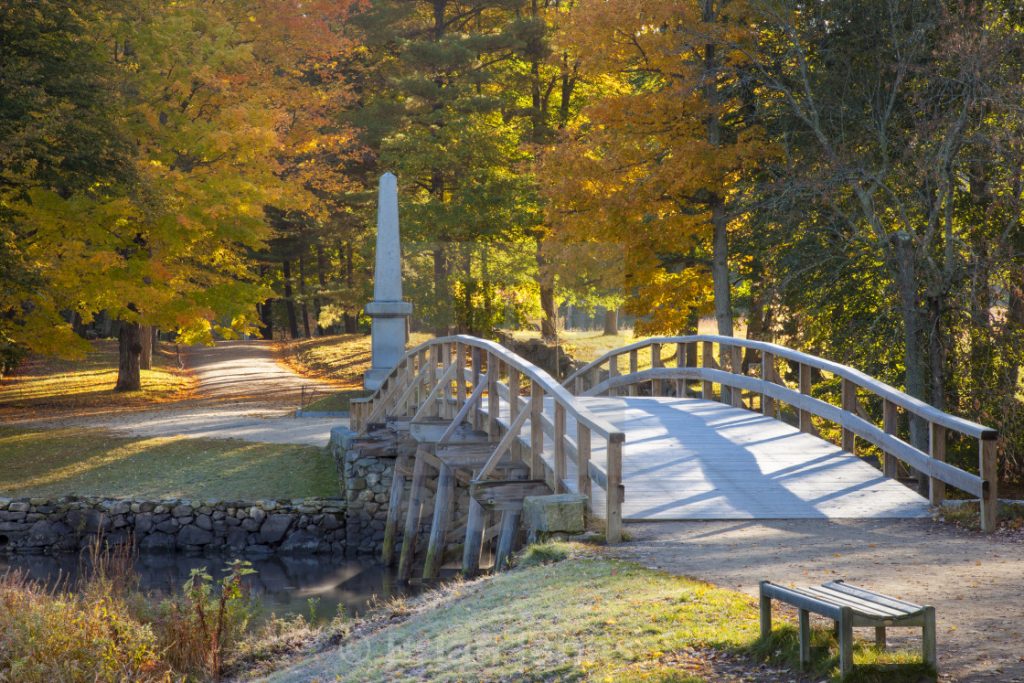 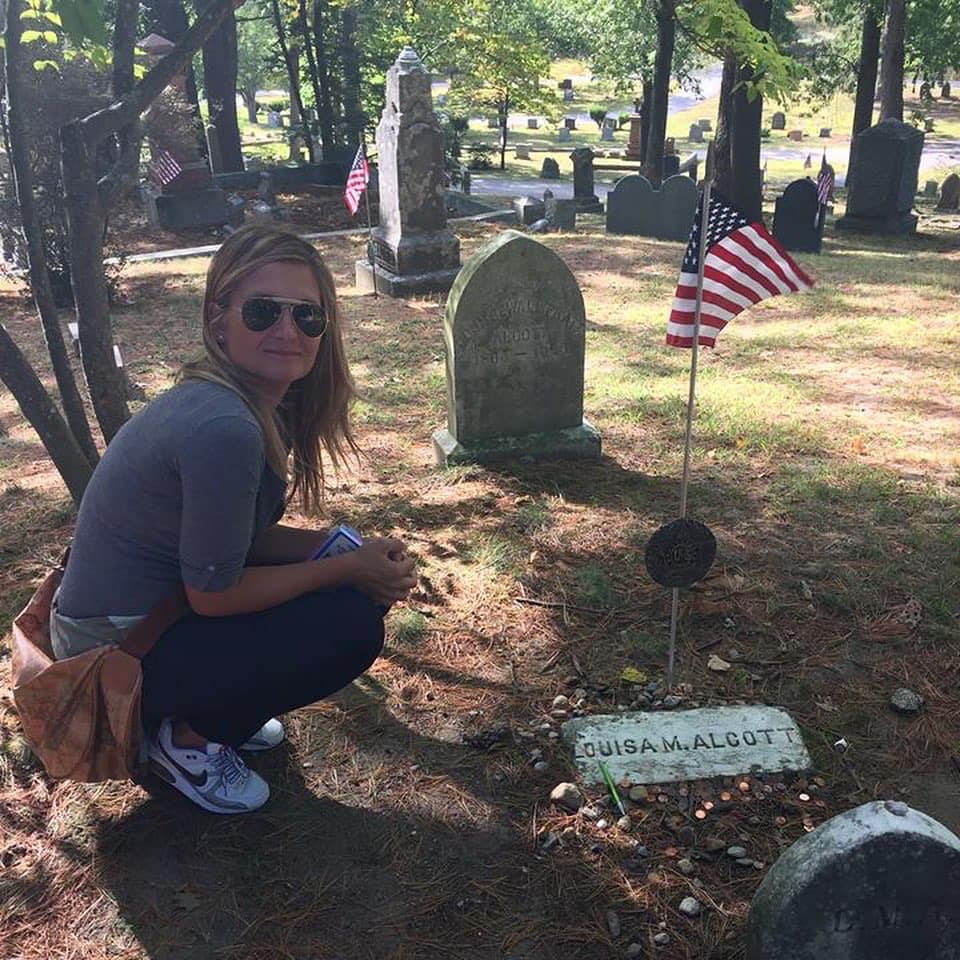 Many of its buildings were used to shoot parts of the movie: The Harvard General Store for the tailoring and fabrics store where Meg goes, the Harvard Town Hall for the outsides of the Concord’s theater, and the Universalist Unitarian Church for the scene of the church. 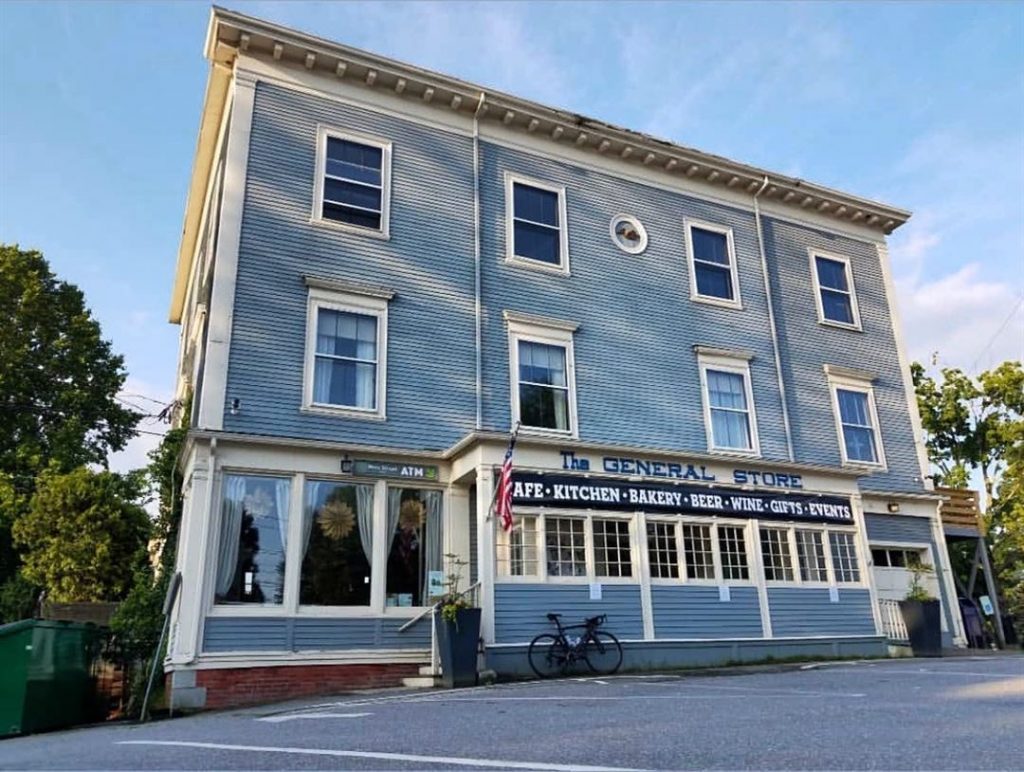 Immediately outside Harvard you’ll find Fruitlands: it is a farm (today it is part of a dedicated museum) where Alcott had lived as a child for about a year together with her family in its purest “transcendentalist” spirit of the time – in the movie it is Meg’s house after marriage. 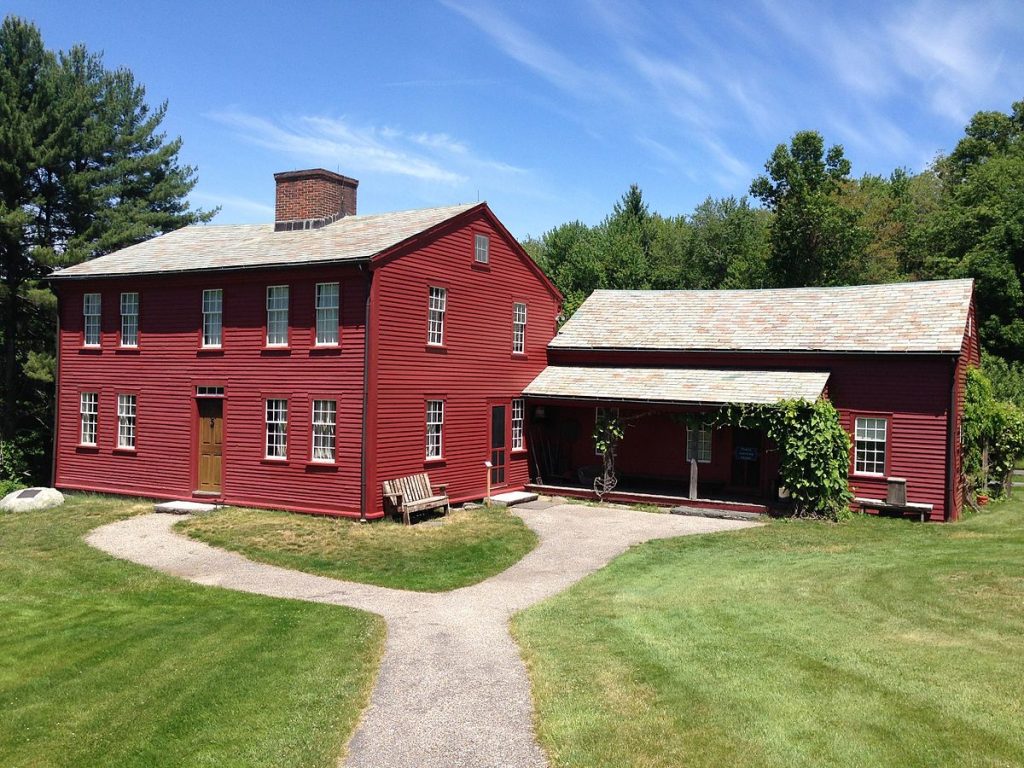 And we come to Boston! 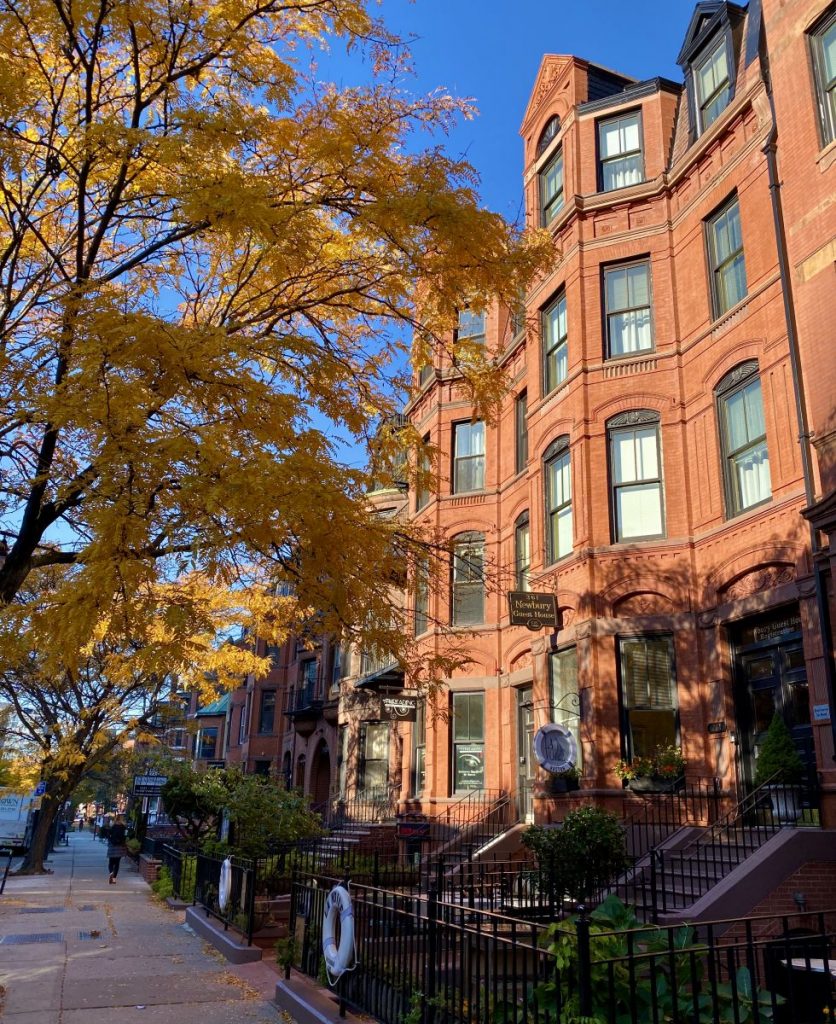 Back Bay, one of the most ancient and fascinating neighborhoods of the town – perfectly kept over time – was used to shoot Jo’s scenes in New York.

Particularly the Gibson House – a house-museum dating back to 1760 located at 137, Beacon Street – acted as background to the guesthouse hosting Jo and where she meets Friedrich Bhaer. 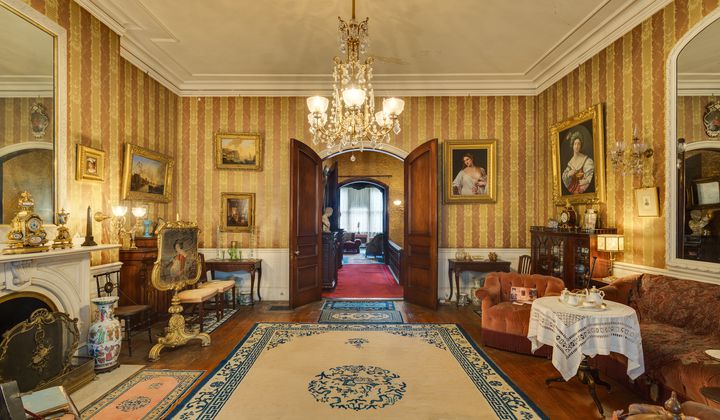 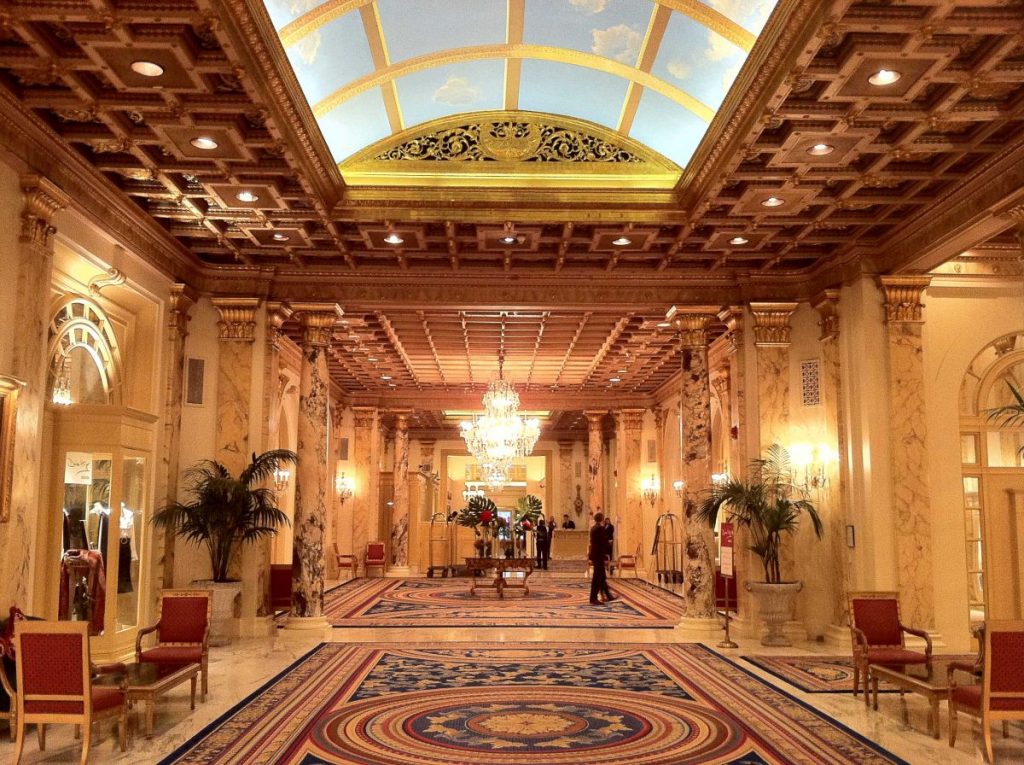 The Arnold Arboretum – a wonderful garden planned by the landscape architect Frederick Law Olmsted – acted as background to the scene “Paris in a wheelchair”, while the inside rooms of the Fairmont Copley Plaza Hotel were used for the scene of the ball Jo and Meg take part into and where they meet Laurie. 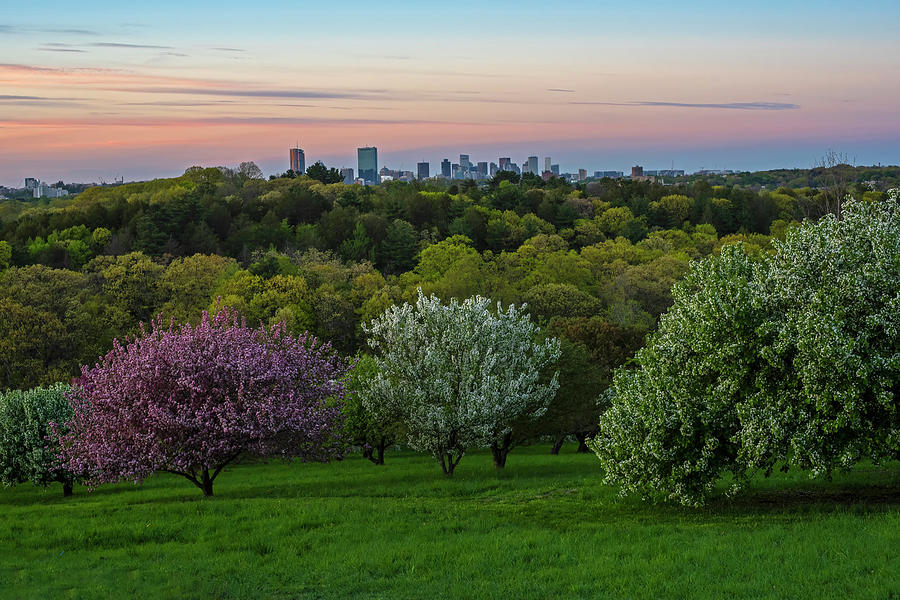 Castel Hill on the Crane Estate is located near Ipswich.

It is a wonderful dwelling dating back to the early 1900s linked to a compound of ornamental gardens planned by Fredrick Law Olmsted’s children – the architect become famous to have realized Central Park in New York, among many public and private parks. 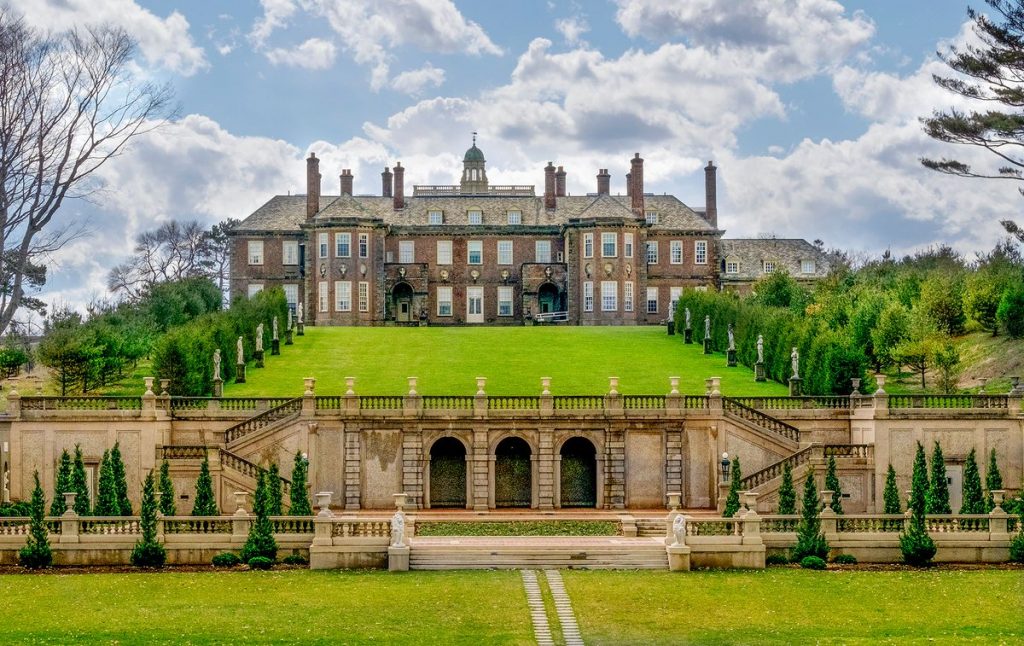 In turn the gardens downgrade progressively towards the beach, known as Crane Beach.

The facility was used to shoot several scenes, among them those ones of Amy and Laurie in Paris and on the beach, the four sisters together and the heartbreaking one about Jo and Beth, with the latter seriously ill by now and near to death. 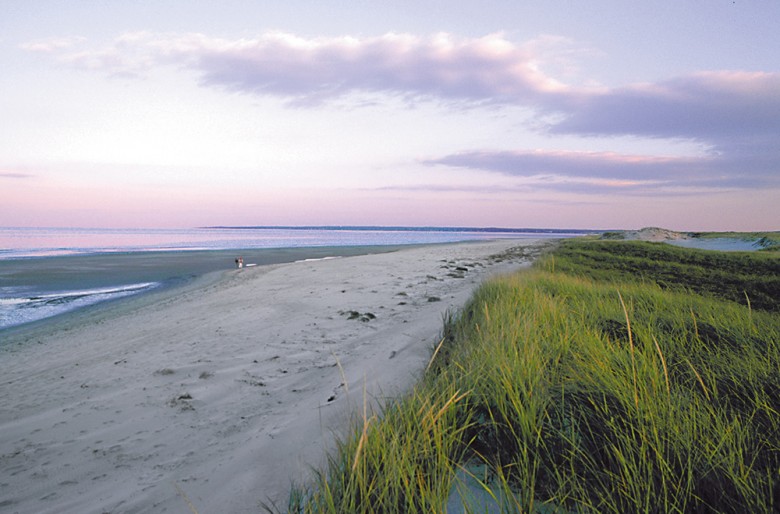 Little Women filming locations: the map of the locations and the official trailer of the movie

Here you can look up and download the digital brochure: a complete map with locations (addresses included) used in the movie, prepared on purpose by Visit Massachusetts for travelers and lovers who wants to go over the stages putting them maybe in a future on the road in New England. 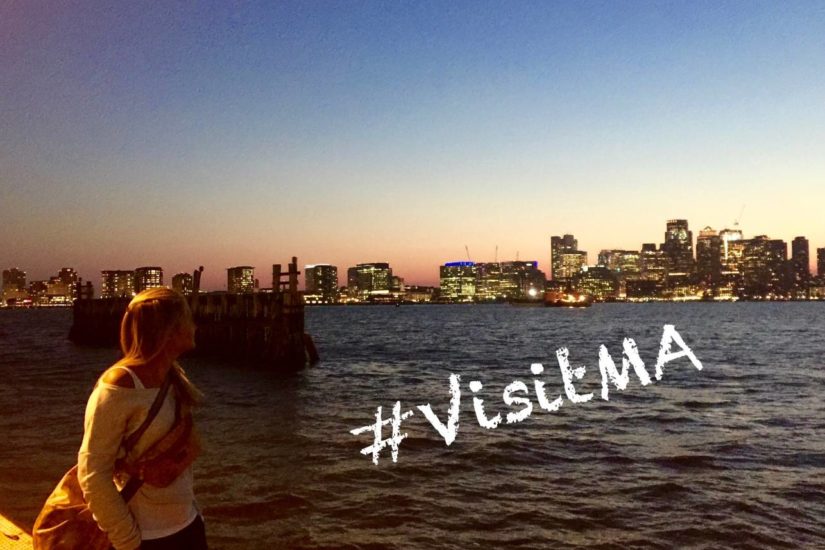 What to see in Boston: 5 experience to do (and taste) 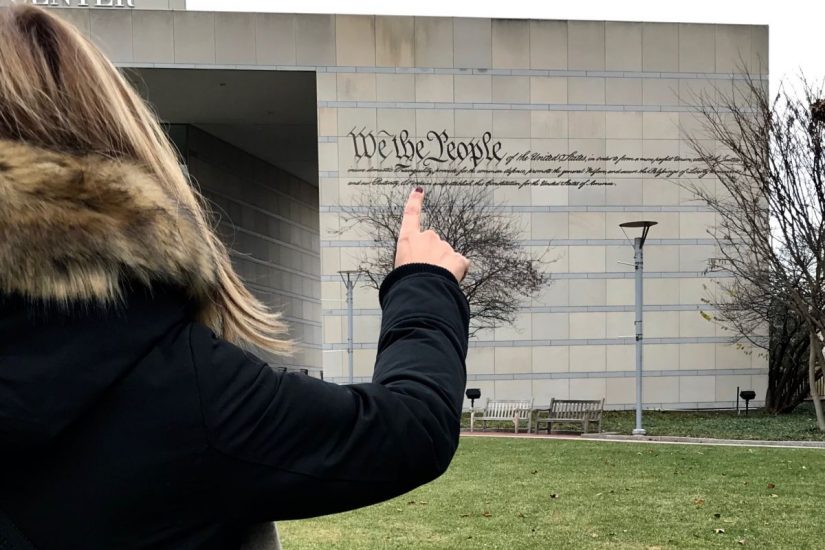 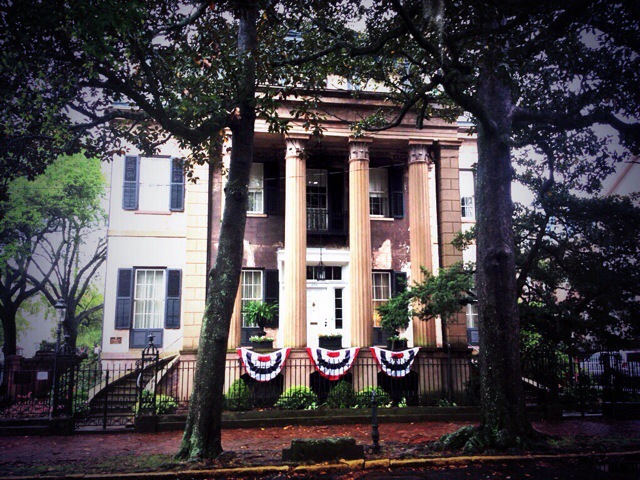