“It’s really important for citizens, companies and local administrations to work together to intensify the ability of their own community to prevent, protect and so be able to fight terrorism and attacks.

The Cell is a non-profit and non-partisan institution dedicated to the prevention of terrorism and attacks through education, empowerment and engagement.”

(The Cell – introduction to the visit) 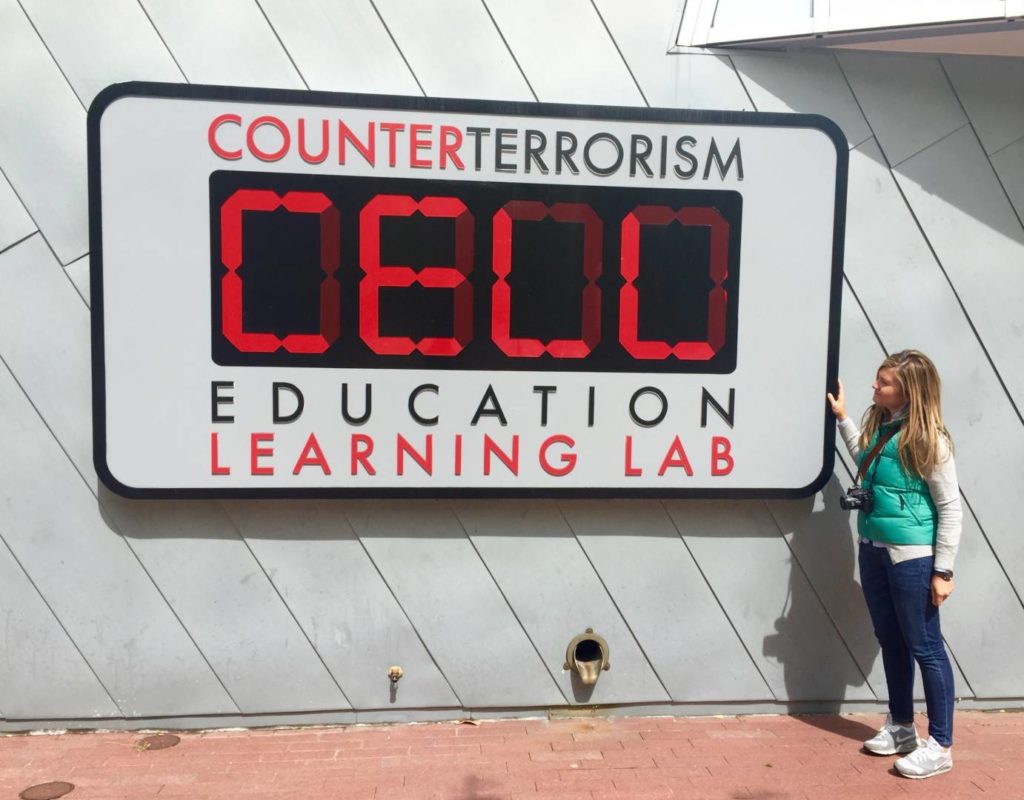 Walking through the Golden Triangle Museum District in Denver – a stone’s throw from the Denver Art Museum – you’ll notice it almost immediately.

A big acronym made of red led and black edgings, a sort of a big plate peeping out the wall of a modern building, volumes, geometries and glass panels.

It’s The Cell, the acronym of The Counterterrorism Education Learning Lab.

Literally a lab of formation and learning about the antiterrorism, one-of-a-kind place in the world for type and aims (expo, exhibition or museum, call it as you prefer). It was born due to the need to help the Colorado population – and that one of any other country in the world, too – by a total non-partisan and objected way to awake of the spreading phenomenon of terrorism by now, to get it and to behave accordingly.

Through the study of terrorism and attacks’ history – the whole history, not only that one related to the religious fundamentalism – of the reasons, the manners and the dynamics of several attacks in a path leaving from far and arriving tragically as far as nowadays. 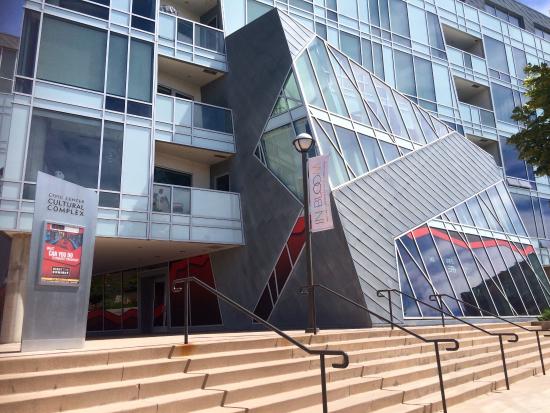 The Cell, the entrance

The Cell experience will allow you to listening to global witnesses, relive through voices, pictures and filmed sequences the evolution of a phenomenon which is able to put up with the time change and to evolve into the most unpredictable and dangerous shapes. From 1800s through the Ku Klux Klan, as far as the IRA in Ireland, Palestine, the Olympic Games in Munich in 1972, as far as 9/11 /2001, the attacks in Madrid and other more. 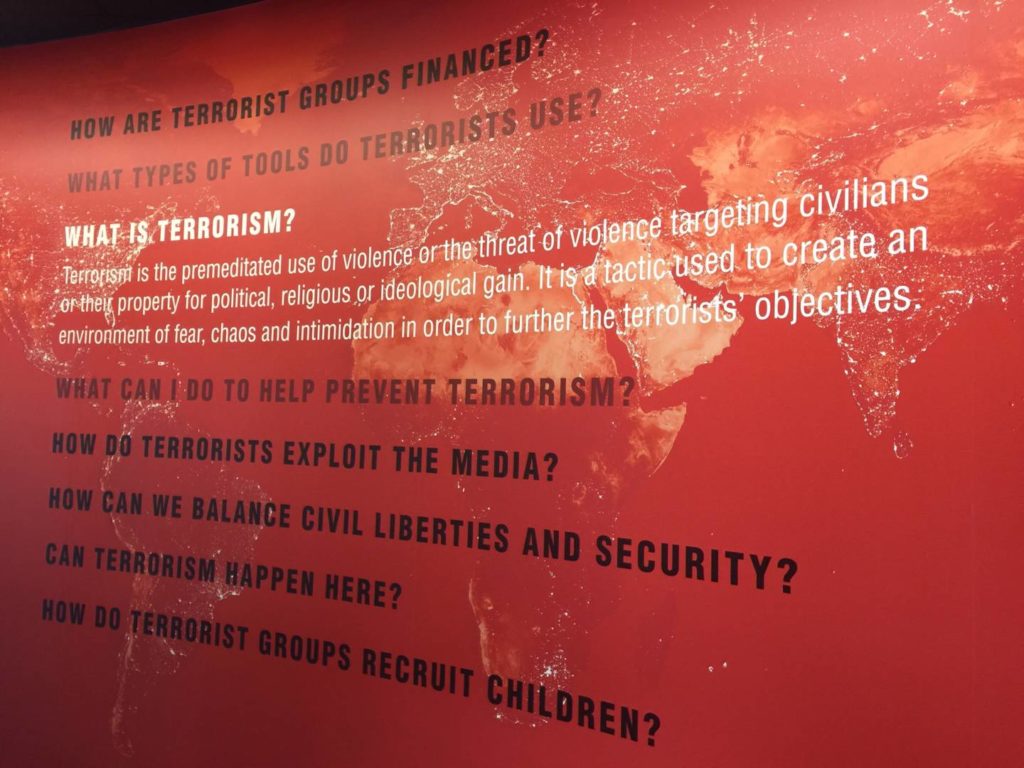 The Cell in Denver, how to prevent and fight terrorism and attacks, the questions

The Cell, a museum to prevent and fight terrorism and attacks. The visit

A segment of a trestle survived the collapse of The Twin Towers, given by New York City as thanks for the substantial aids received by Colorado in the difficult month following 9/11, introduces visitors to the expo. 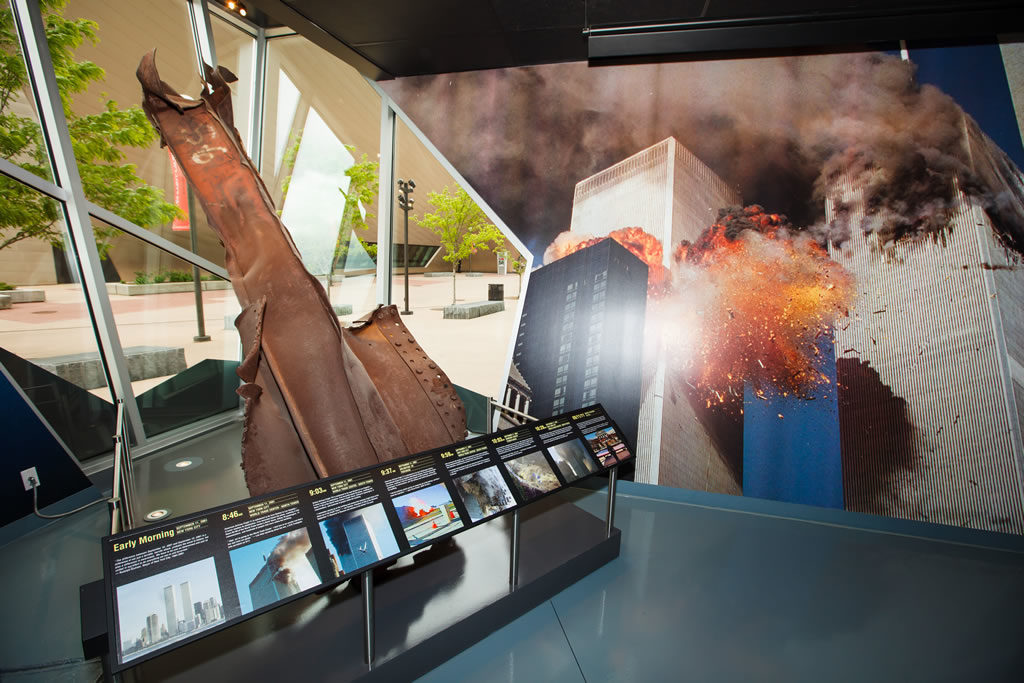 The Cell, the Twin Towers’ trestle given by New York City 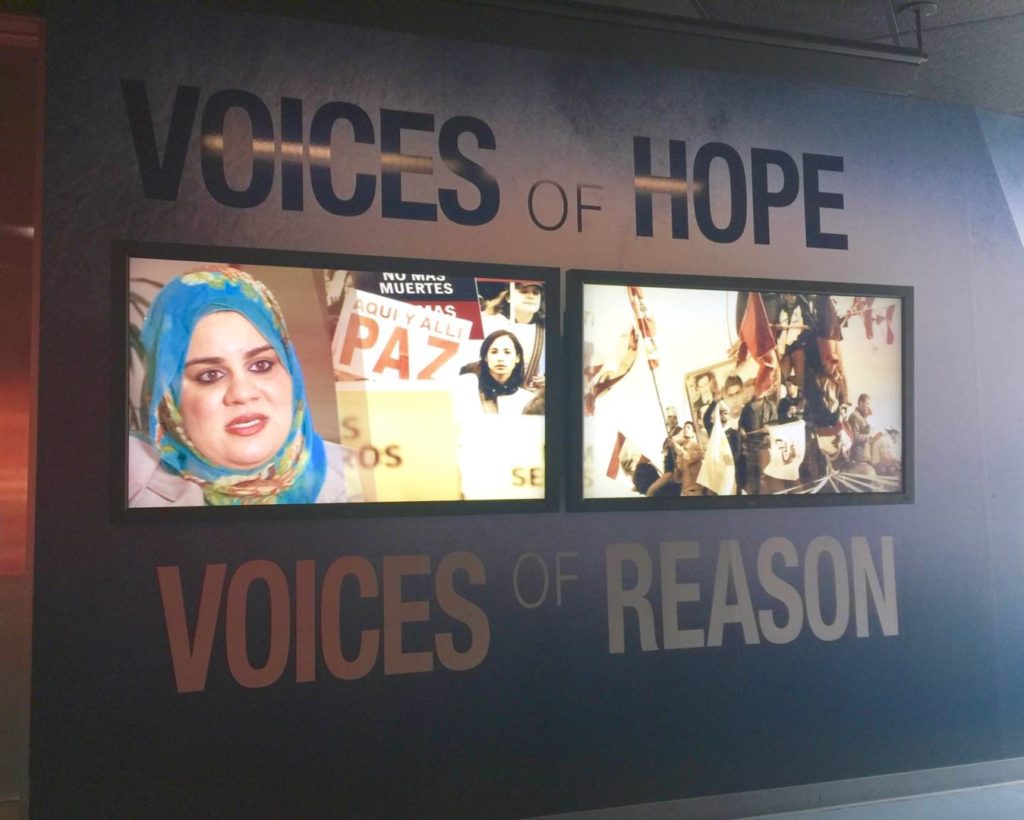 The Cell, 9/11 filmed sequences and interviews

Next to it there’s a series of blow ups concerning the attack and a big display where filmed sequences and short speeches of people of different religion and ethnic groups who lived personally the attack are reproduced non-stop.

The entire museum is divided per watertight compartment, the rooms are separated by heavy dark doors opening at the passage of visitors introducing them to the successive ones.

In the middle there’s the history of terrorism and the most bloody attacks, of the recruiting method (above all children), action and organisation of terrorists and the evolution of their ways of attack. And then photos, videos, registrations and stories. And entire walls to show the explosive materials, the maps and the plans. 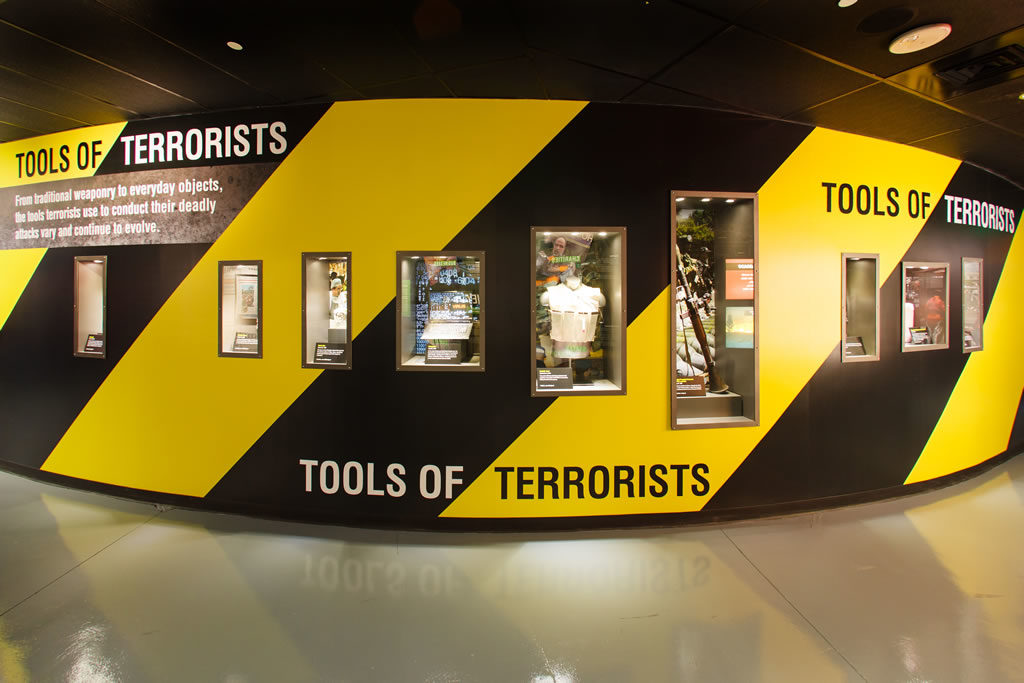 The Cell, the “instruments” of terrorism (ph. credits thecell.org) 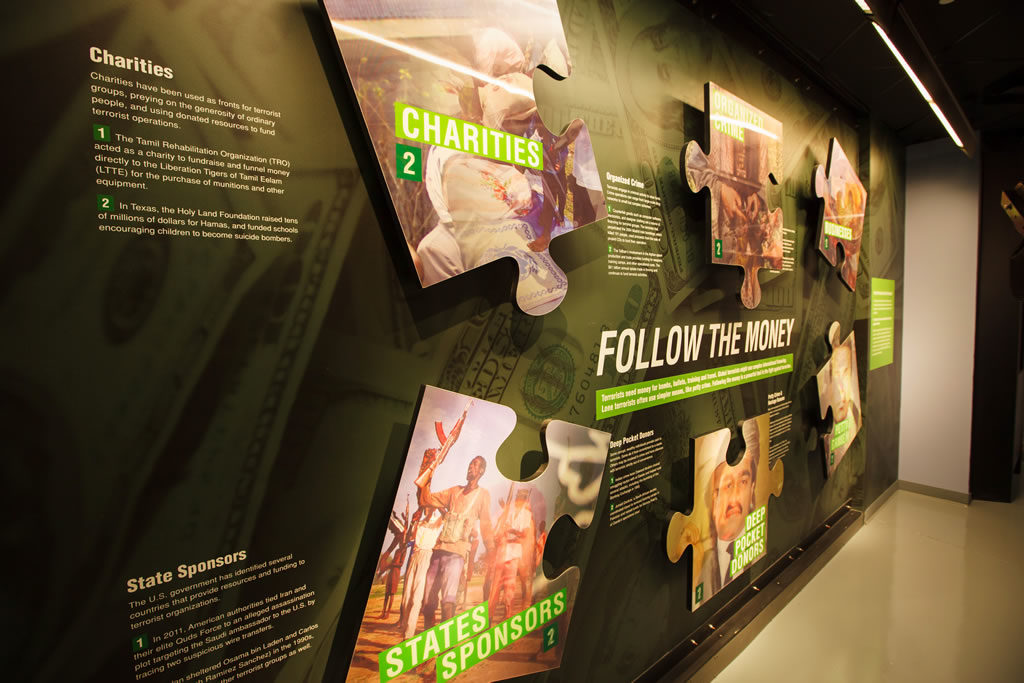 The Cell, the funding related to terrorism, paths and fights (ph. credits thecell.org)

The most difficult room is certainly the central one where you can physically live the experience of an attack in downtown Denver, exactly on the 16th Street Mal.

Try to think about a wonderful sunny day, streets, places and parks crowded of young people, couples and families with kids…and then suddenly a boom, the smoke, the screams, the pain… those few minutes separating normality from horror, life from death, hope from desperation.

The distress, the consequent new awareness and the desire to intervene by some ways to avoid the horror just suffered find their purpose in the last room of the expo where the evident signs to which refer to prevent the future terrorist attacks are indicated and explained. 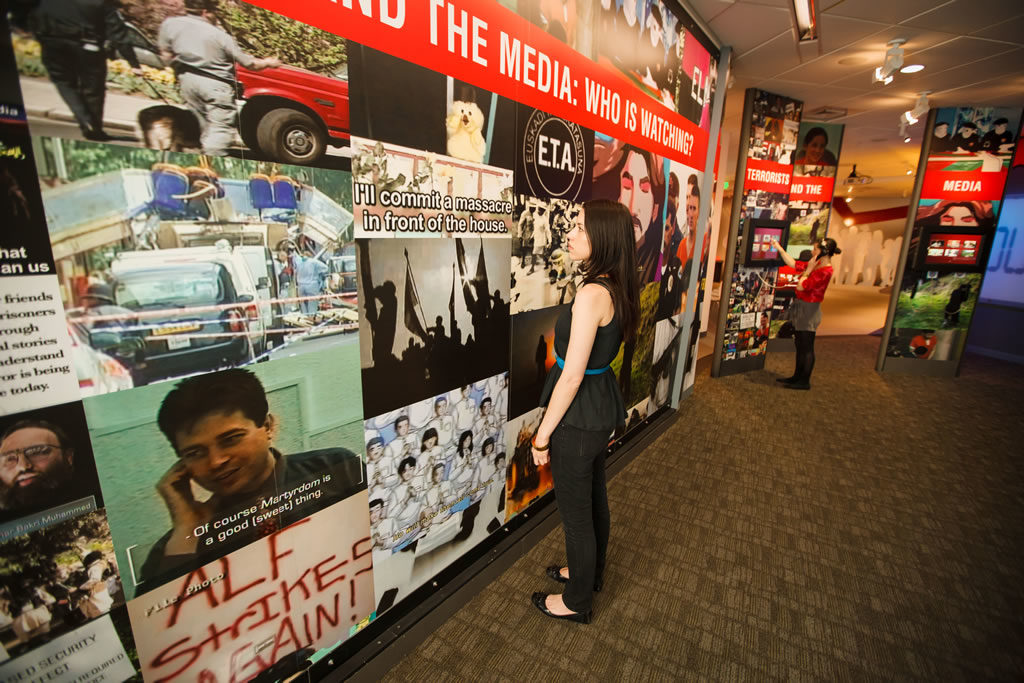 The Cell, study and understand to prevent and fight terrorism and attacks (ph. credits thecell.org)

Even 8 signs, explained by extreme precision to students, communities and groups of visitors. 8 signs that can make the difference and help people to be prepared and reactive… surveillance, elicitation (to get info), testing security, funding, acquiring supplies, impersonation, rehearsal and deployment.

A deep visit, in traits difficult and emotionally important, but, in my opinion, proper and above all necessary. An experience that everyone should do because… each of us is a part of the solution! 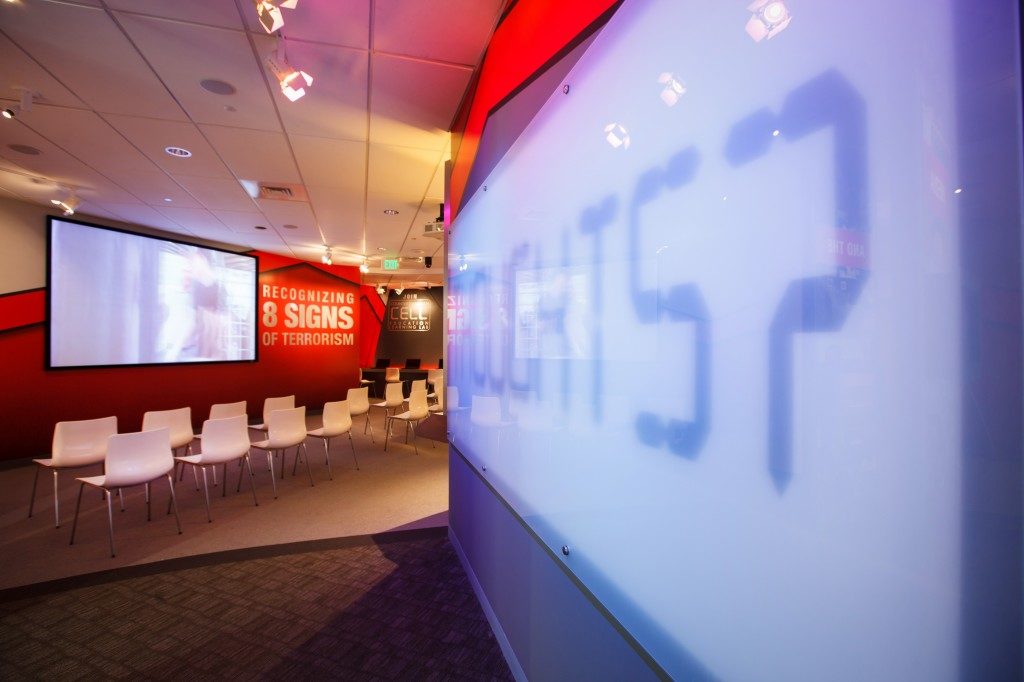 The Cell, courses and speeches to “explain” the 8 signs to prevent terrorism and attacks (ph. credits thecell.org)

The Cell, a museum to prevent and fight terrorism and attacks. Info and tips

The tour is free and allows to move alone guided by the underlying theme of the expo. Click here if you want to plan a group guided tour or take part into some activities organized by the museum.

The Cell is in downtown Denver and is easily reachable on foot or by bicycle both from LoDo and from Capitol Hill.

Inside the expo is forbidden to take photos. The photos of the post as regards the several rooms come from the museum’s official website. 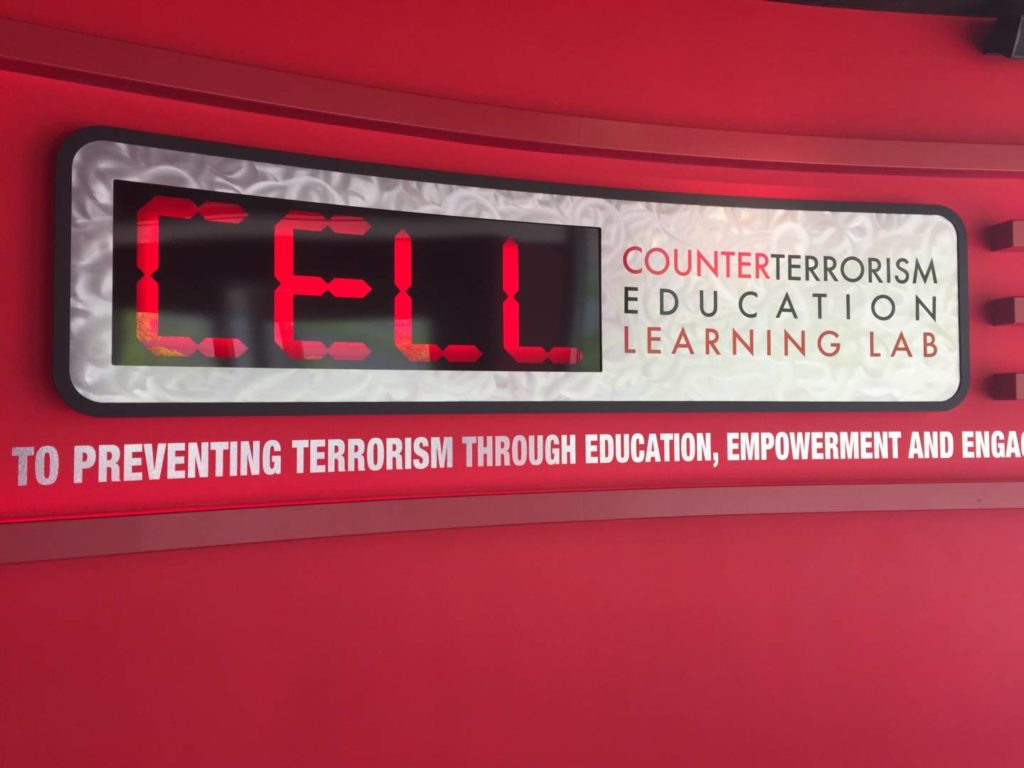 The Cell in Denver

“Make public aware of its own responsibilities through knowledge is the key to allow the community and America to be even more watchful. 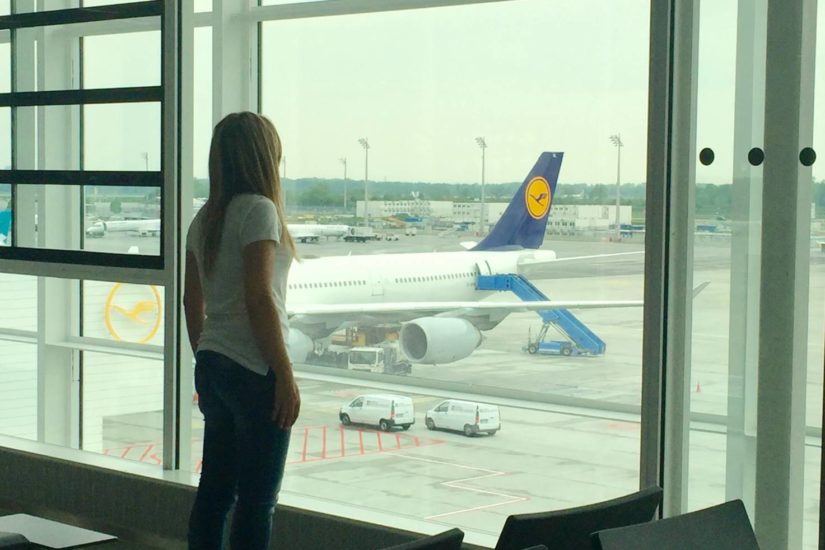 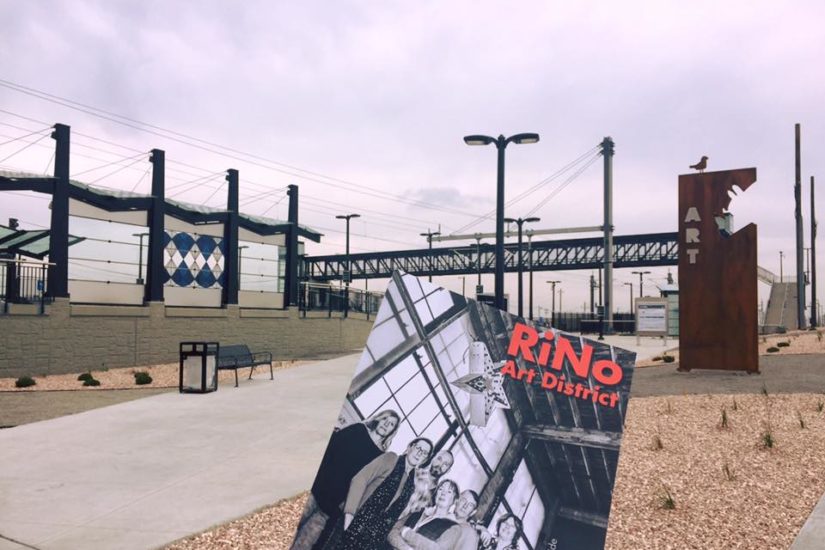